The Mica-Bar is converted from an ordinary house in Wangjiatuan village into cozy space for meetings. The buildings are connected to each other with high density. Unlike the old building, whose form is not traditional and the volume is small. Sekand building, which was originally flat roofed, was later added with a pitched roof. the Mica-Bar should become a beautiful scenery line at the entrance of the village. 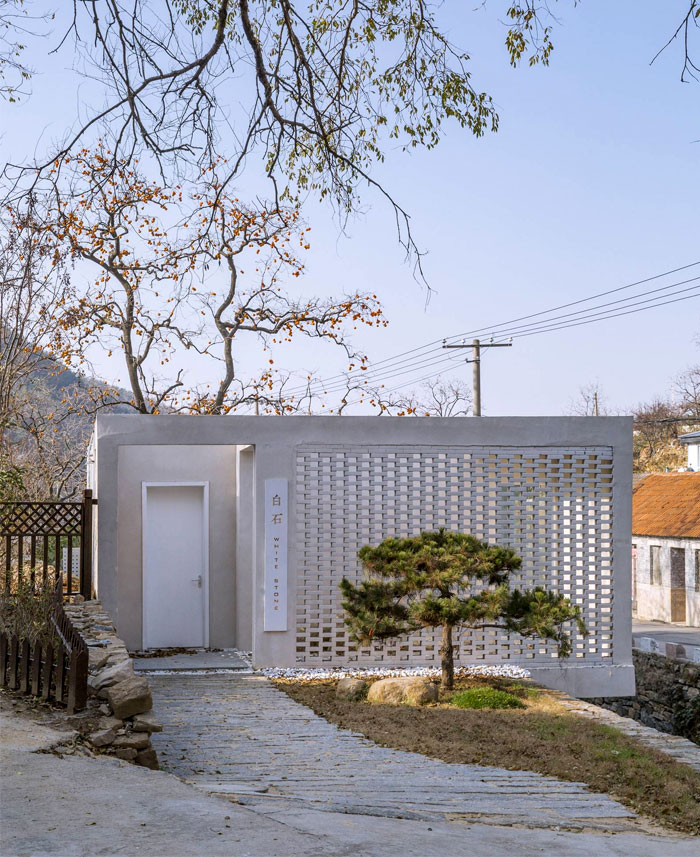 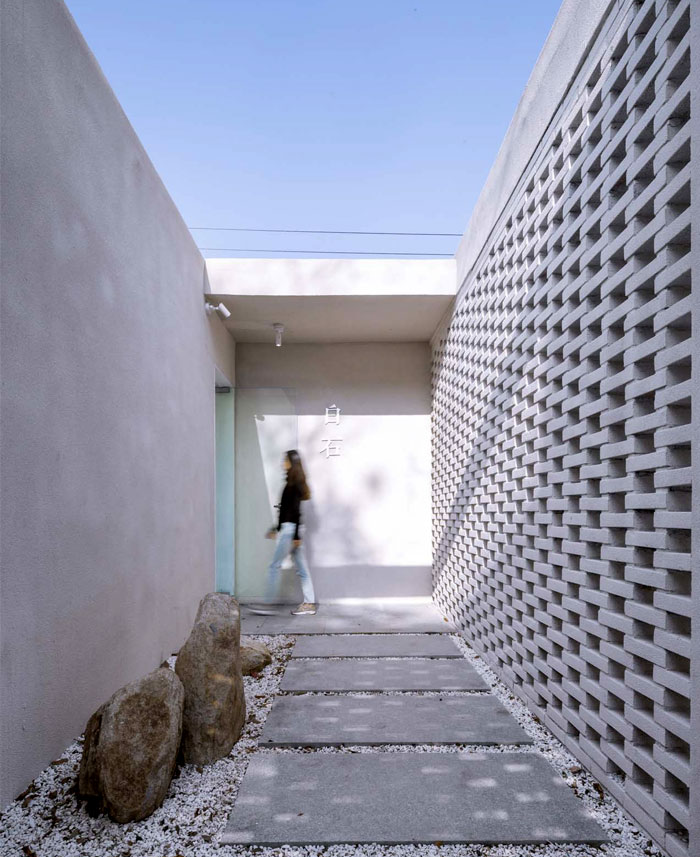 Following this principle, the design team added a new span on both east and west sides of the house to compensate for the lost area of the demolished kitchen, while creating a buffer of grey space for the building’s entrance. By means of “supplementing”, the “modern” building blocks of the original buildings formed accidentally by the self-built buildings are strengthened. 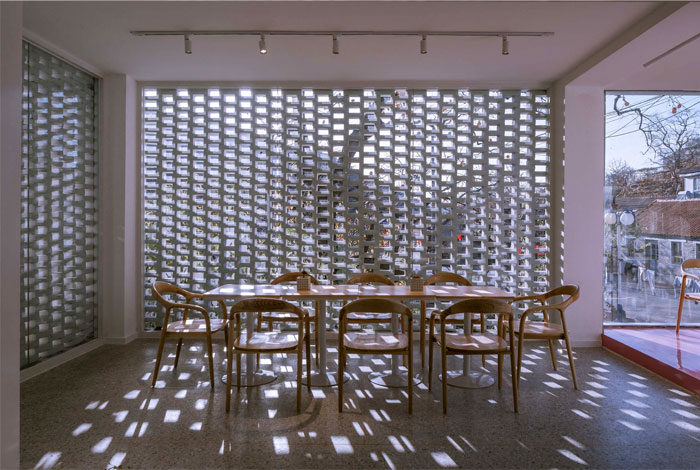 Facing the side of the river, the raised balcony became the focus of the design team. Five independent “boxes” of window type were inserted into the grey space between the balcony and the overhanging eaves. 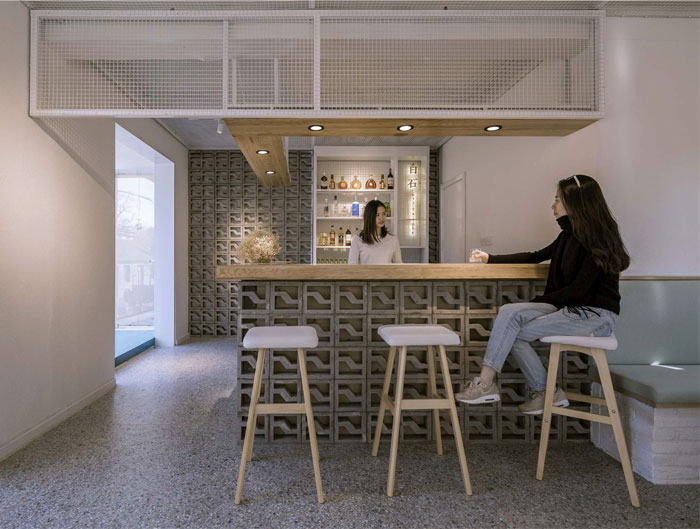 The east and west facades use semi-permeable tiles that create interesting light and shadow effects at certain times. At the same time, the tile technique is also the medium between the residence and the new building, which shortens the distance between each other. 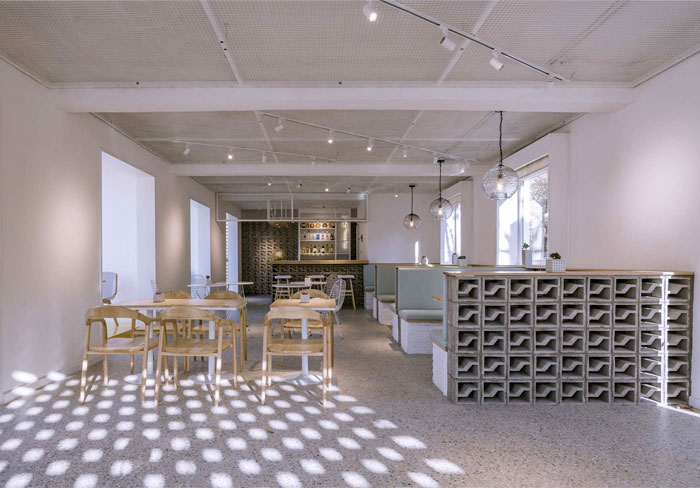 The interior design of the building continues to use the design elements of “white”, with terrazzo, hollow brick, white steel mesh and log as the main spatial materials, creating a plain and slightly coarse spatial atmosphere. 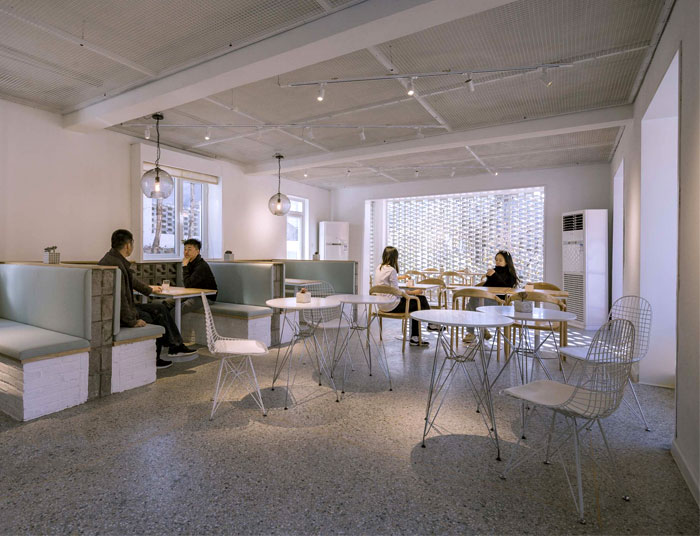 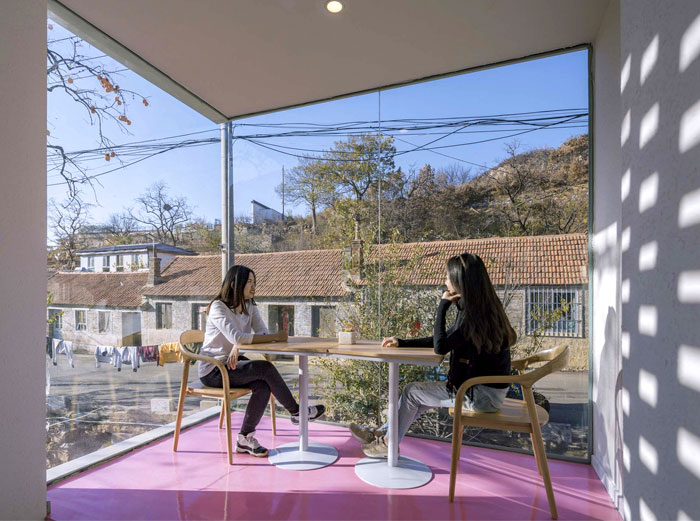 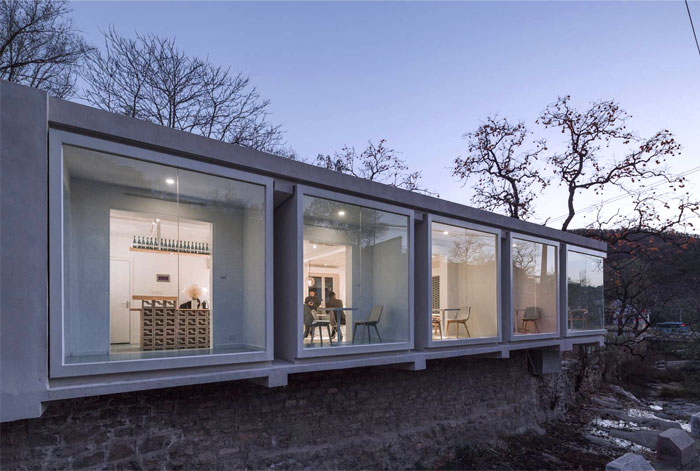 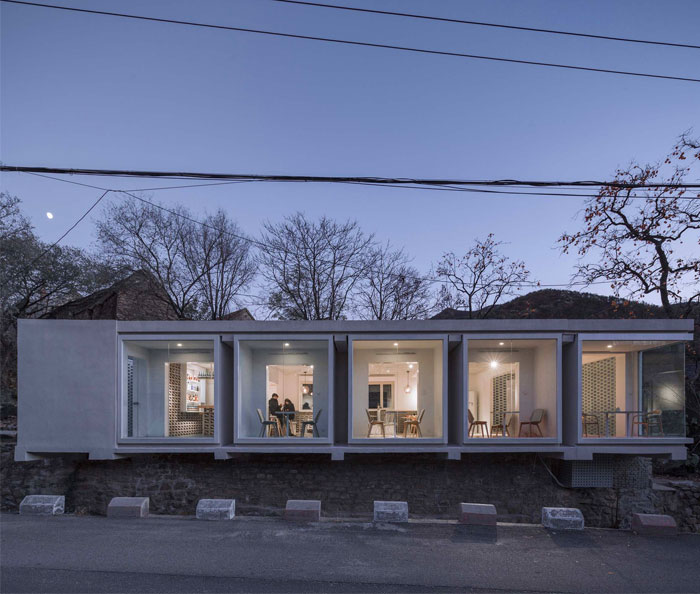 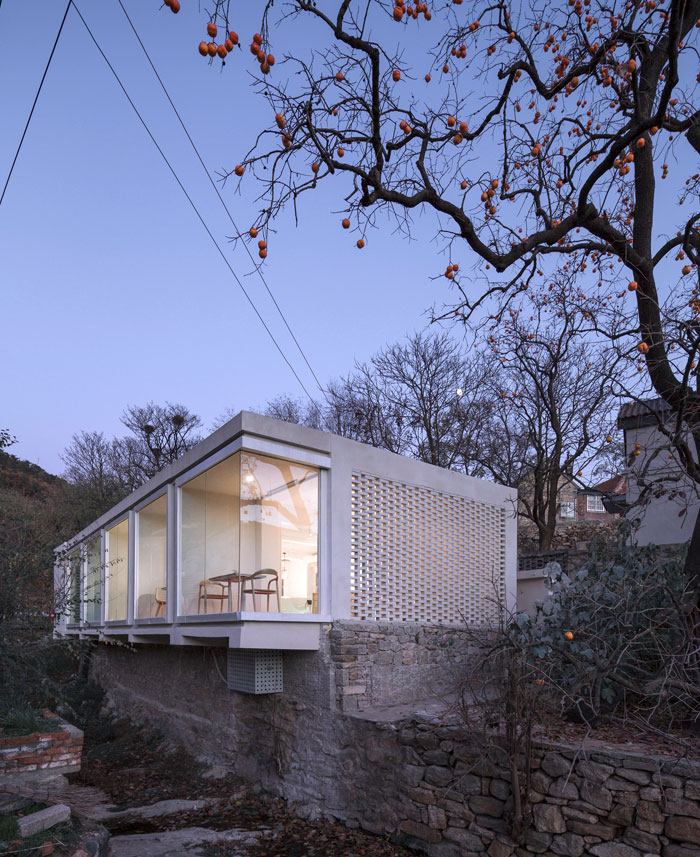 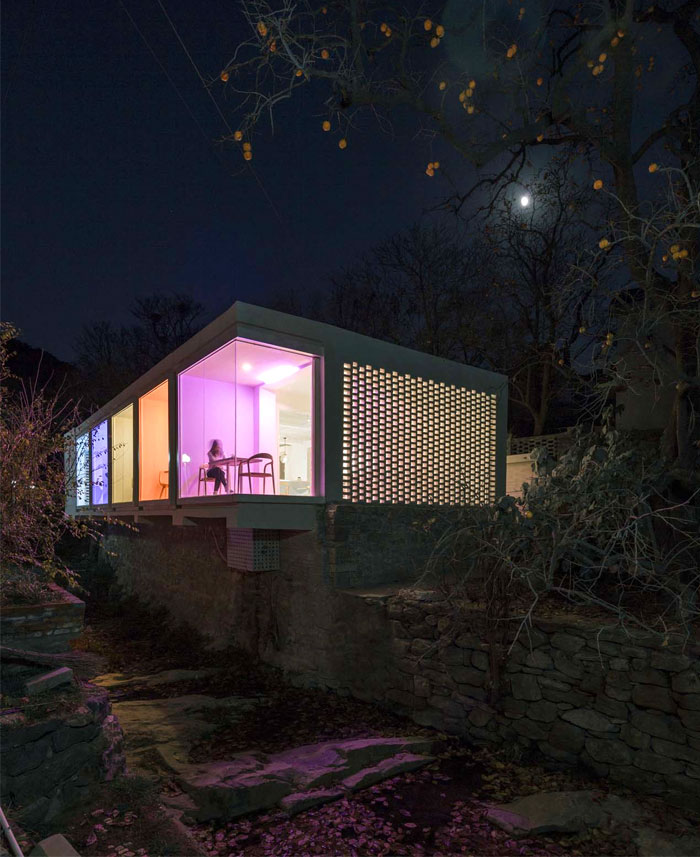