Conviviality and fluid spacings for Segni, a kitchen that presents itself instead of the usual overhead system in full view programme, a kitchen with all the elements in full view and at your fingertips. 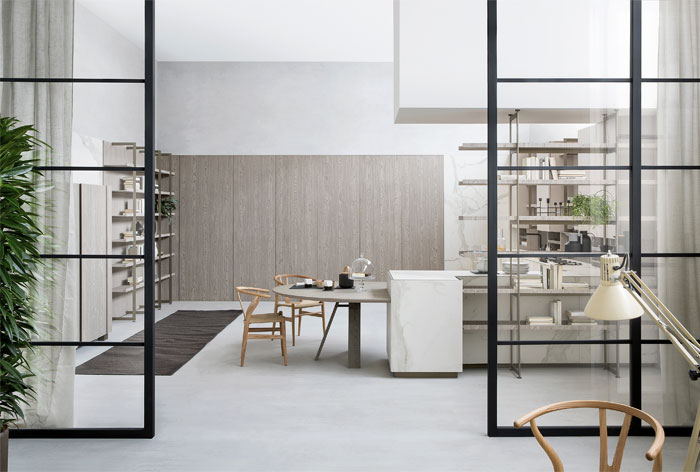 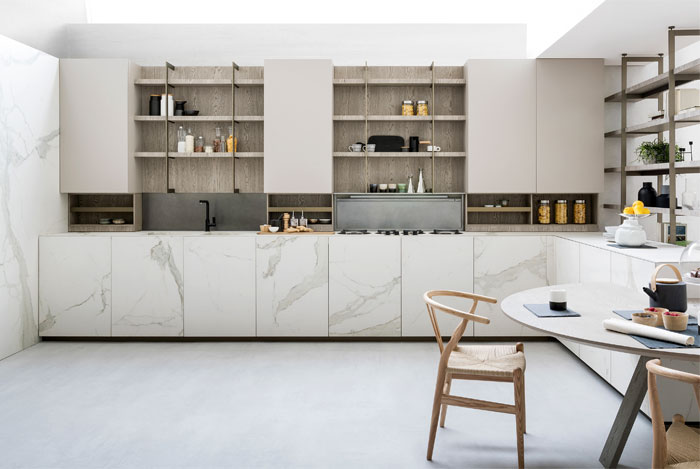 The space is designed with open wall cabinets supported by top and that replace overhead cabinets, so that the concept of the kitchen chest from the past can be regained; from panelling that evokes the idea of “plate holder” and that creates choreographic and useful spaces for tools, small appliances or aesthetic accessories; from large kitchen chests (giant kitchen chest from Segni) with staved doors and exquisites interior finishing and finally, two structural wardrobes that besides to contain pretend to be as well a partition wall. 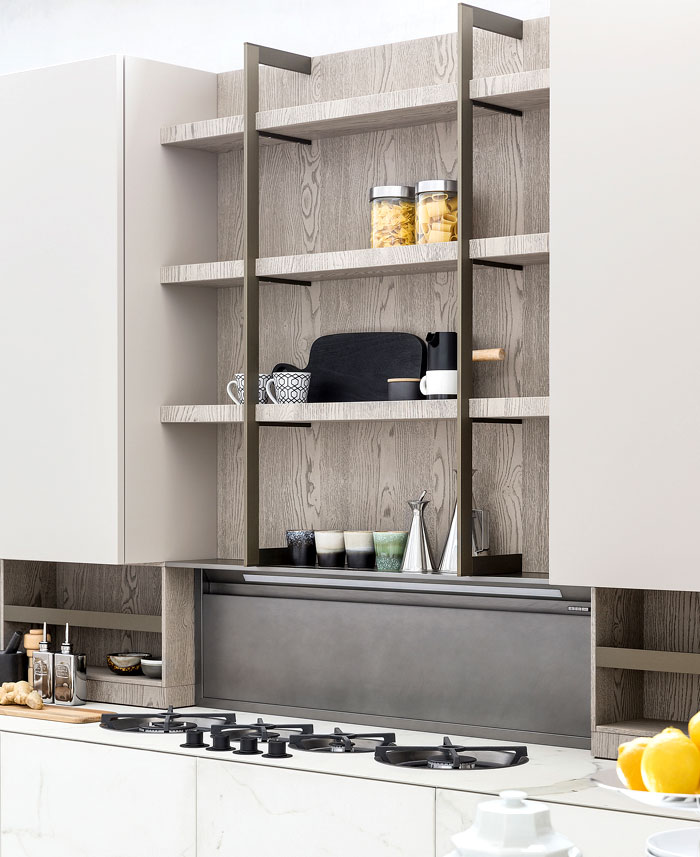 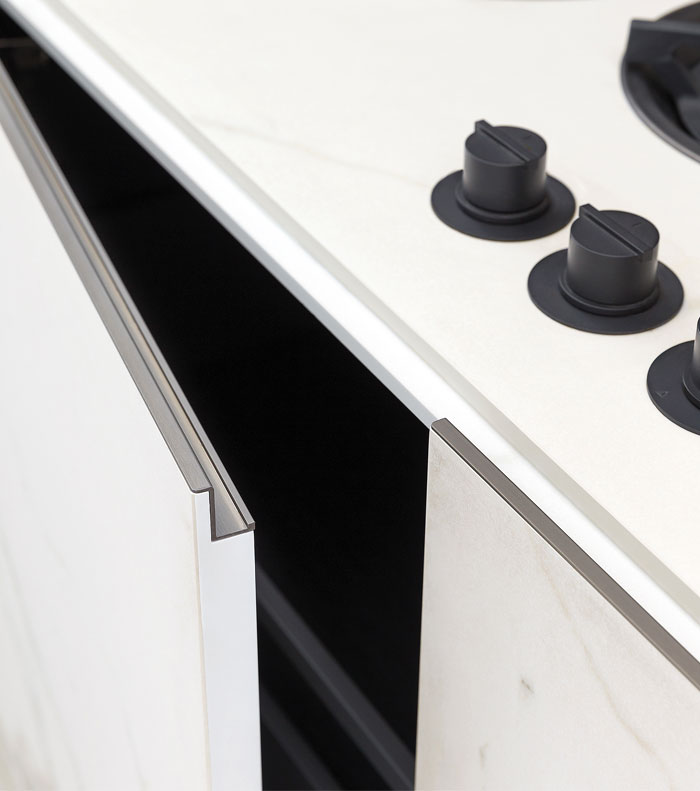 The well groomed aspect of each detail defines the tailored savoir vivre of the company and the exaltation of the Made in Italy. 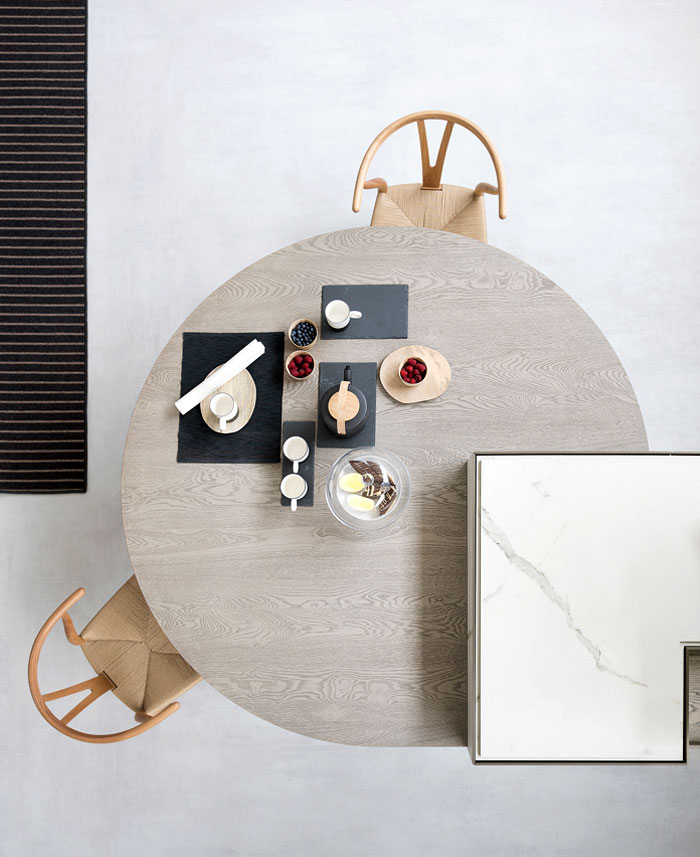 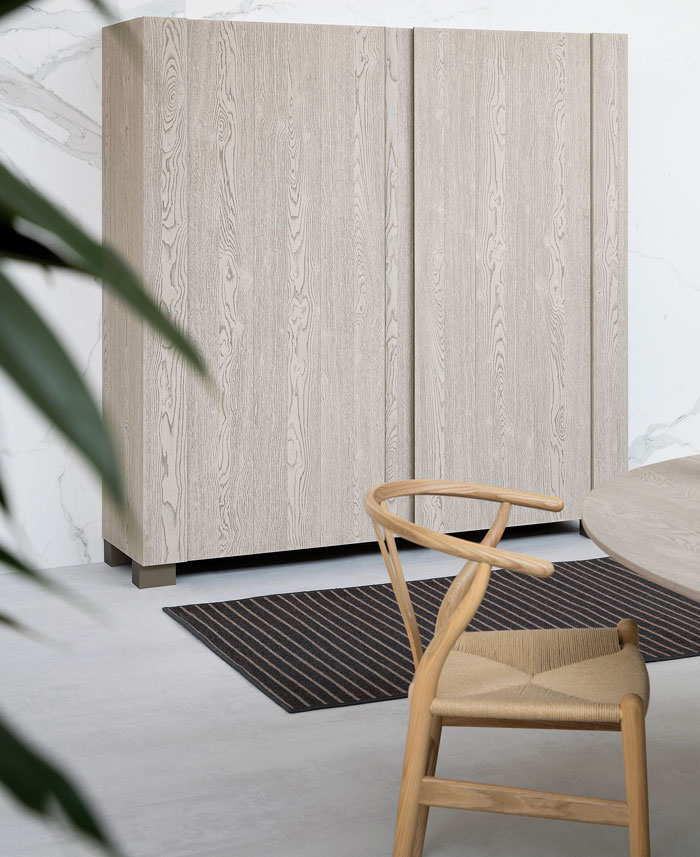 Two types of handles and a transversal range of finishings: Segni inserts into the range SEGNI UP besides of the flush door directly with top, also the door that keeps its profile but it distinguishes itself by no longer being a flush door, but by staying below of this latter. 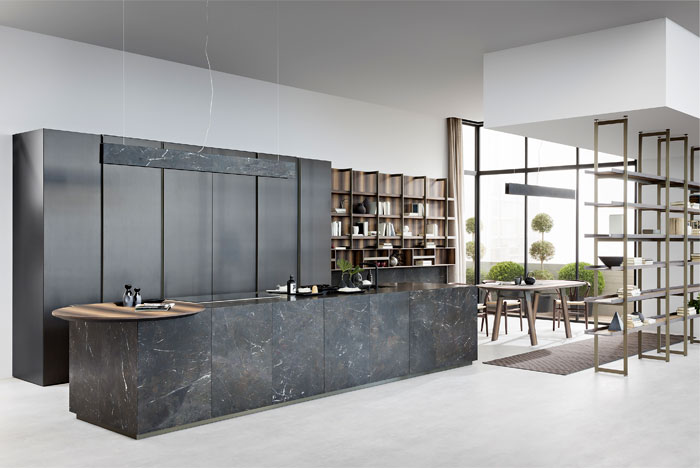 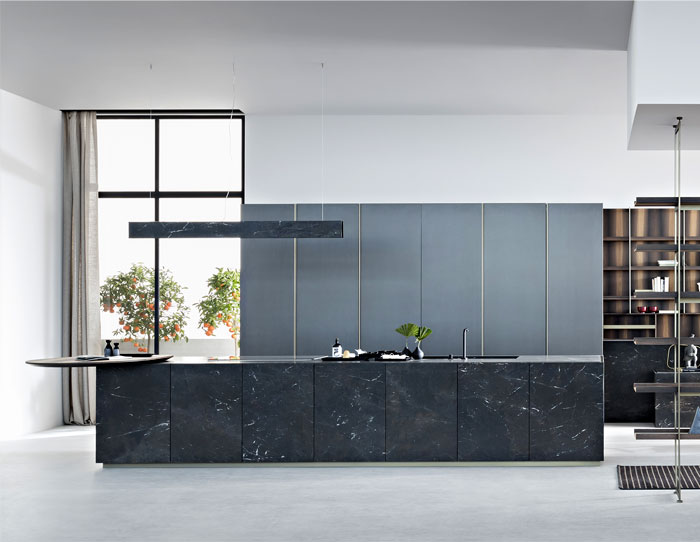 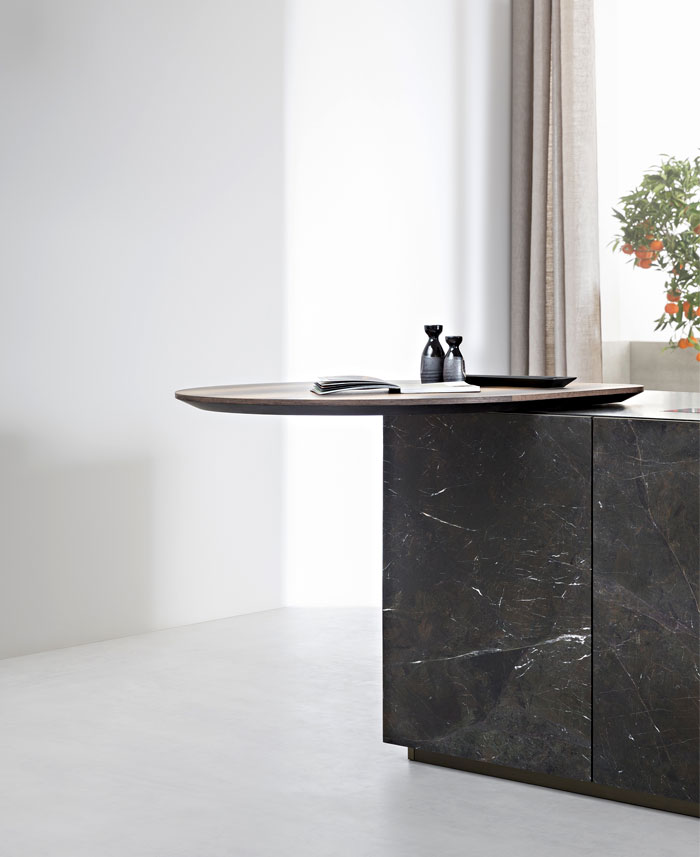 The Segni programme offers a high level of customizing due to an accurate selection of transversal finishings that includes: 15 melamine, 6 Fenix, 18 matt lacquered, 6 finishings in Flamed Oak, 16 Mulitilignum programs, 4 Metaliquid, 4 Metalsatin, 4 finishings in Oak with Claywood texture, 6 stone typologies and 7 of Ceramics for the doors. 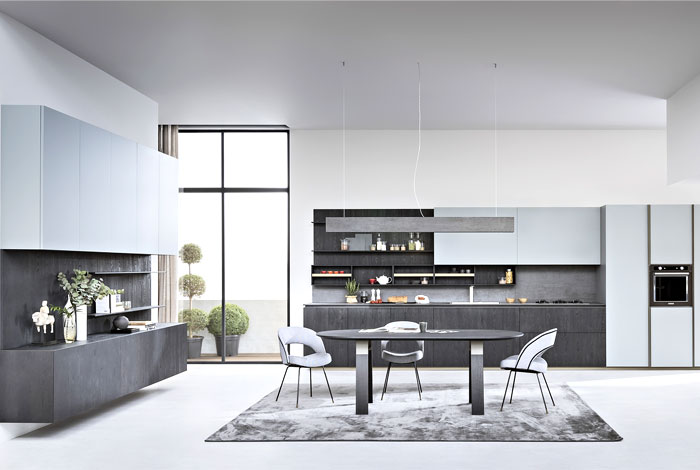 Everything for a kitchen that gets the architectural center of gravity of the home from where further different operational environments develop, but contiguous, through bookcases, panelling, kitchen chests and sideboards. 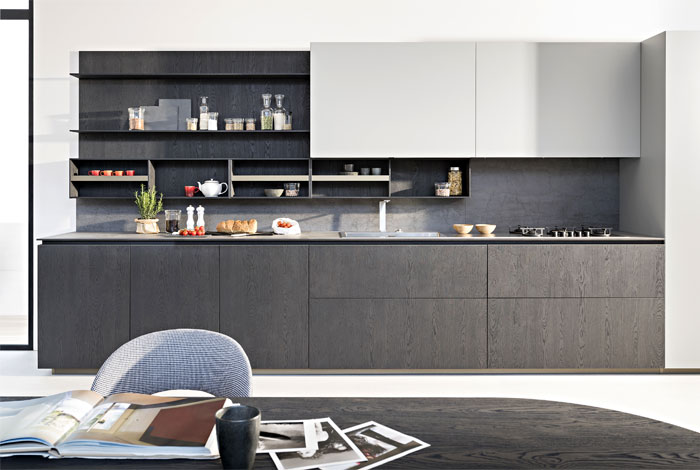 The tailored DNA of Zampieri: The programme Segni includes a programme kitchen, bookcase and kitchen chest. All elements of the Segni Living collection are modular due to the DNA of the company that is always committed to the development of “tailored projects”, each element might be realized individually, through a productive process which is technologically advanced, but its handcrafting logic allows the tailoring even of the smallest details in order to satisfy any kind of demand. 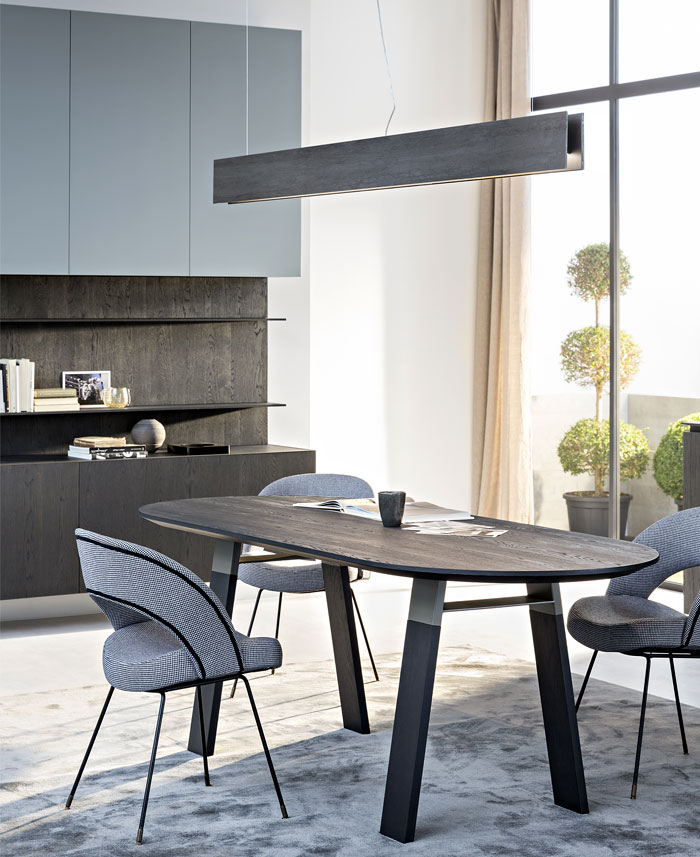