It is not uncommon for China’s new generation of rural migrant workers to save up for a self-built house in their home village. Ironically, most of the houses become vacant after being constructed, just acting as a flashy symbol of wealth in neighborhood. However, this project is different, as it is meant for daily dwelling and living. The owner, who has a career in Guangzhou and Shenzhen, returned to her hometown in southern Jiangxi Province, yearning for the familiar flavor of food and life in her childhood. 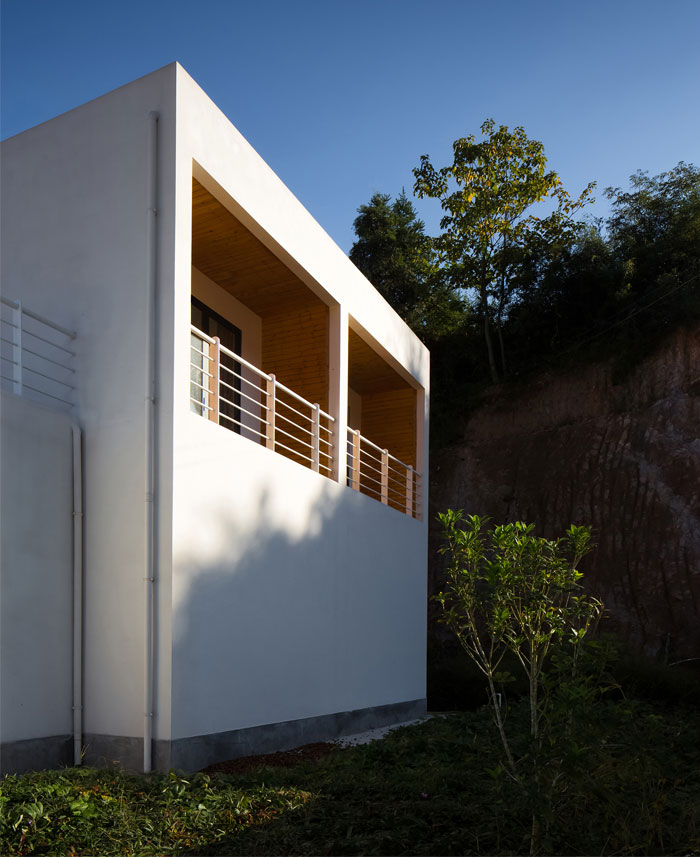 The site is situated at the edge of the village, adjacent to a forest park. Backed by the mountain, endowed with greenery, its peace and quietness inspired the designer Jin Feng, and the silhouette of a reclusive white hillside house appeared in his mind. 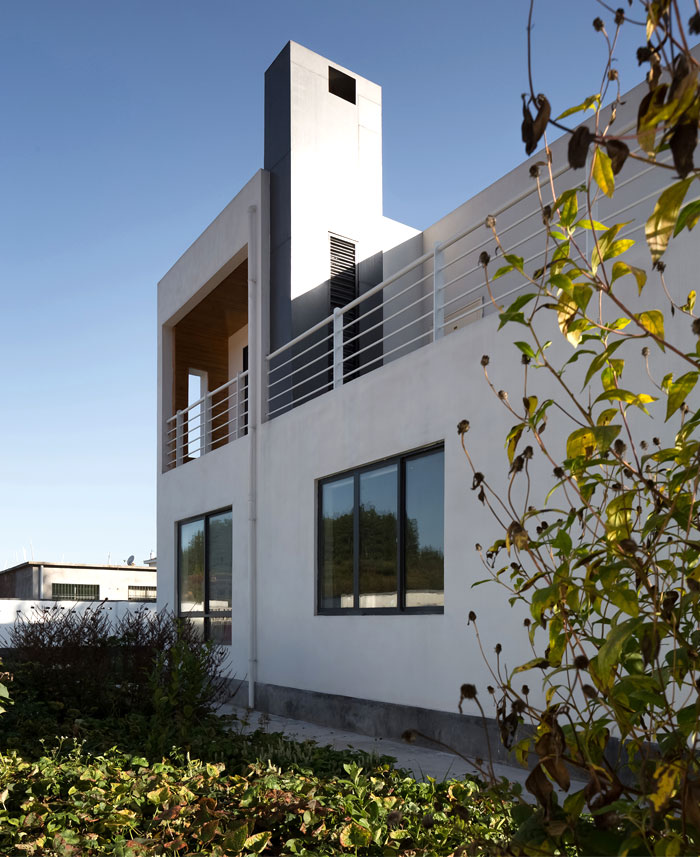 Based on functionality, Jin Feng constructed the space with simple geometric blocks. Considering the living habits of the family members, dining room is set as the space center on the first floor. Combined with the large kitchen on the west side, it provides a perfect “stage” for the owner’s love of cooking. 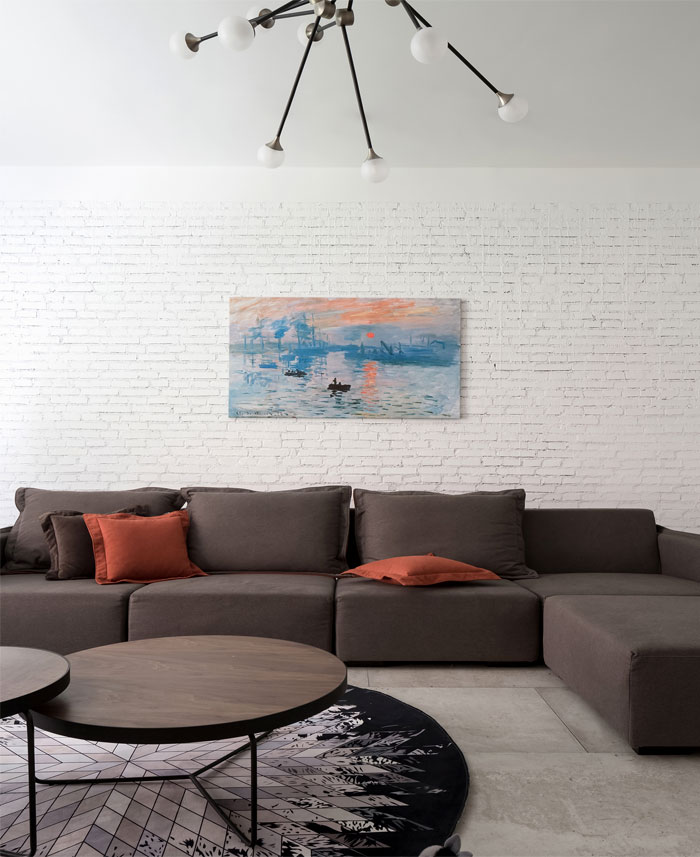 “Although the project is in the countryside, the living space is changing with our living habits. We can’t deny the fact that we are already part of modern society.” Jin Feng said. He insisted on practicality, took into account the owner’s living habits, emphasized engineering budget, and followed up the whole process including on-the-spot investigation, leveling of land, courtyard layout design, structural construction, as well as interior decoration and detail optimization. 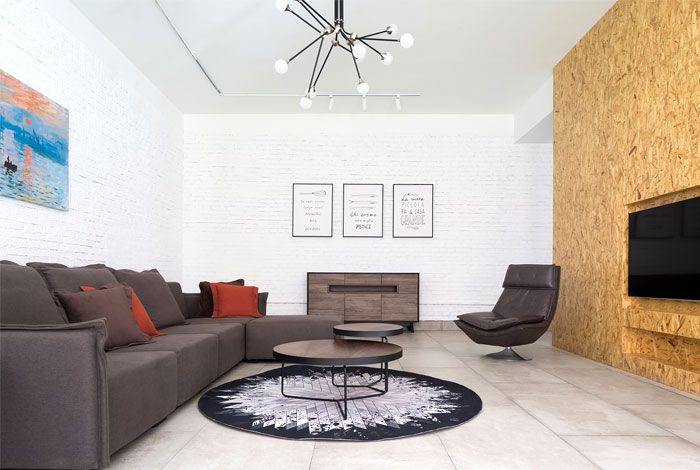 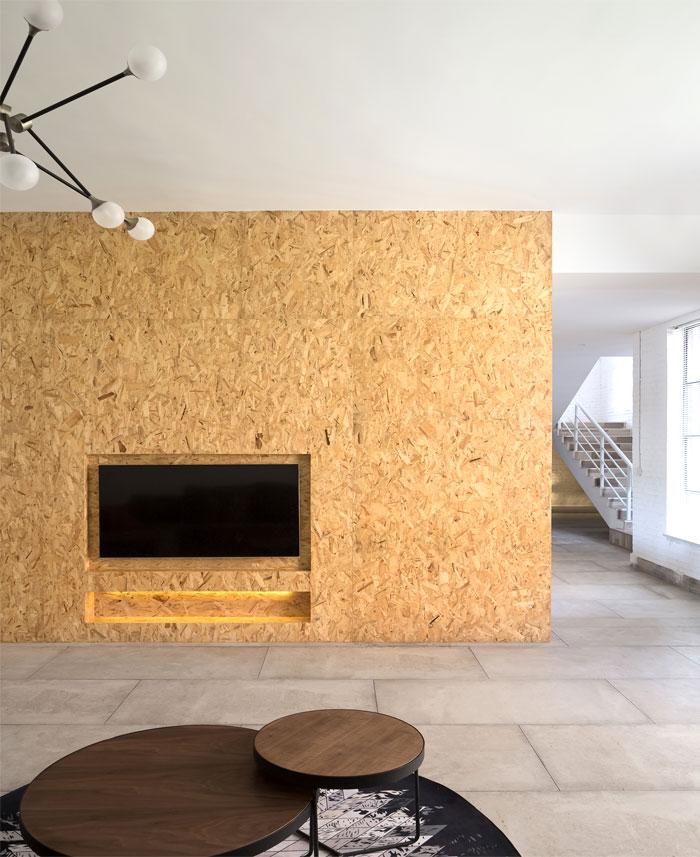 The biggest problem in village construction is that there is no well-established infrastructure planning. Accordingly, Jin Feng considered the septic tank and waste fermentation system for the whole house at the very beginning. The systematic design approach effectively solved the problem of sewage discharge, and the fertilizer produced in the septic tank can be used for the vegetable garden. 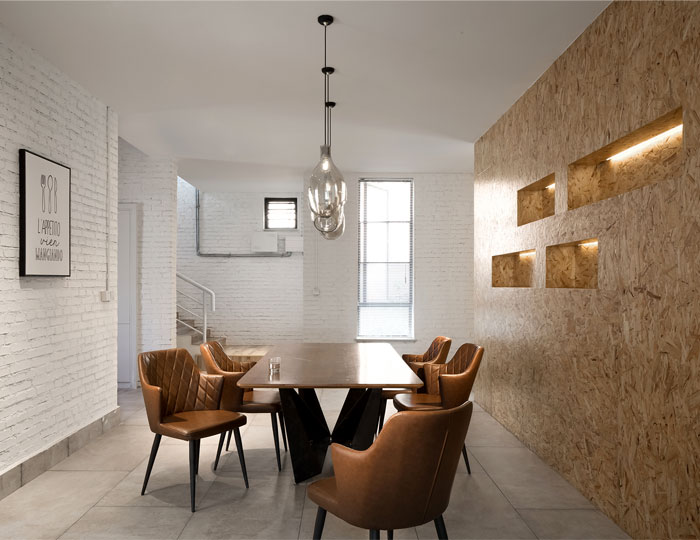 “Discharges and waste disposal have affected the water sources in the village and even the forest. If village construction only pays attention to individual benefits and ignores the environment, I think it is not advisable. The design should have a responsibility to nature.” Jin Feng said. 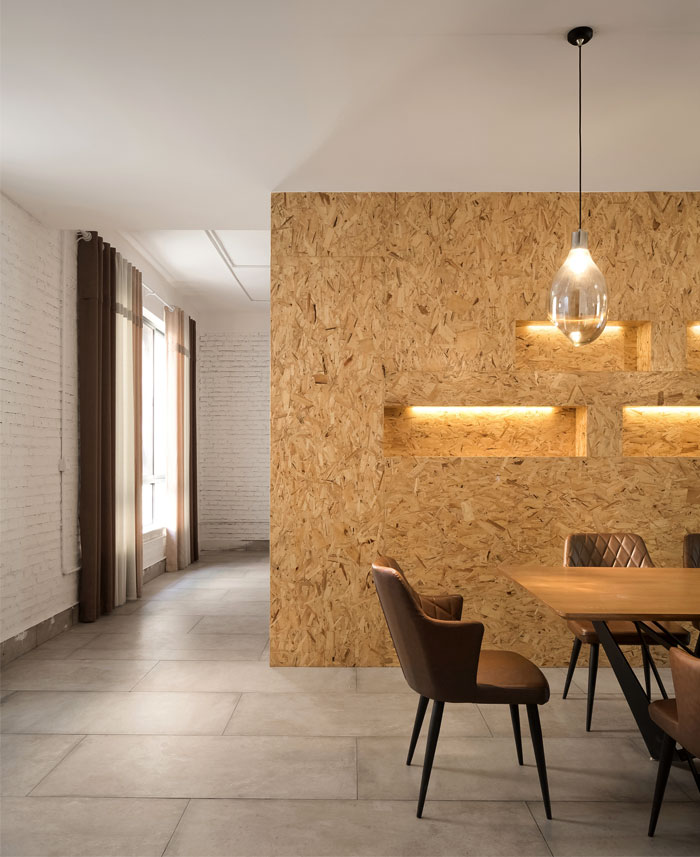 The interior space features large areas of concrete brick walls, which were painted in white, with low cost. A large striking oriented strand board functions as a background structure and also a partition. It contrasts with the imitation concrete floor tiles and exposed wires, balancing the cool industrial tone with its warm wooden texture. 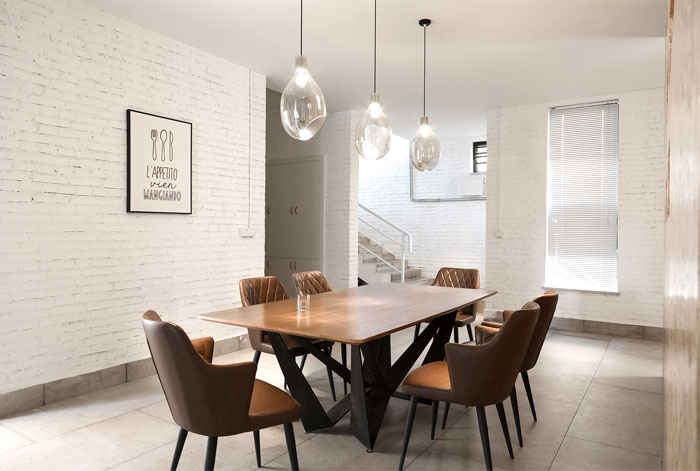 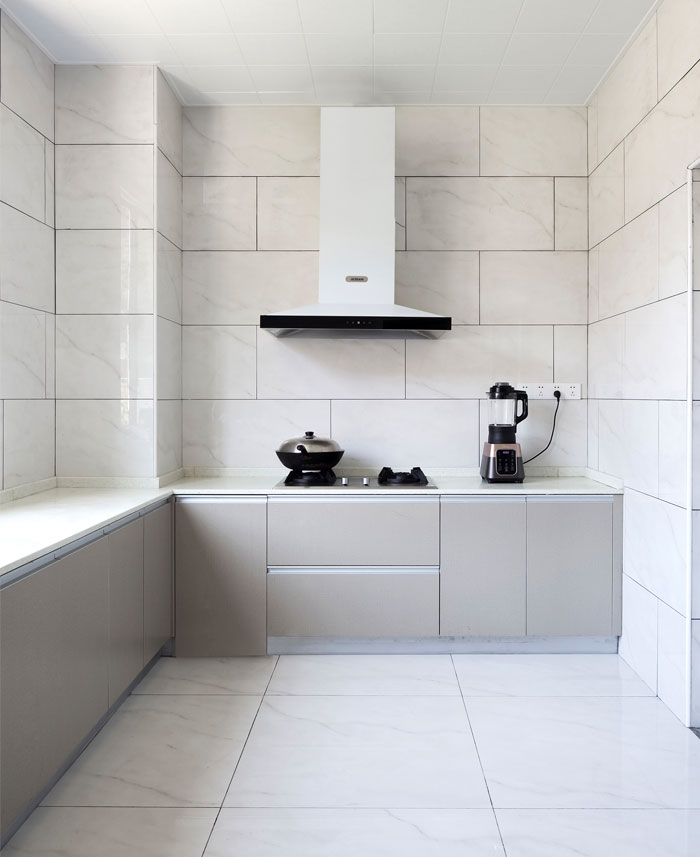 The minimalist characteristic of this white house differs from the existing appearance of the village. The design value was finally interpreted through transcending narrow boundaries of the neighborhood and turning the “weird” into “curious” till accepted. Practical and livable, paying attention to cost and caring for the environment, these are the principles for Jin Feng’s rational exploration of village residence construction in present China. 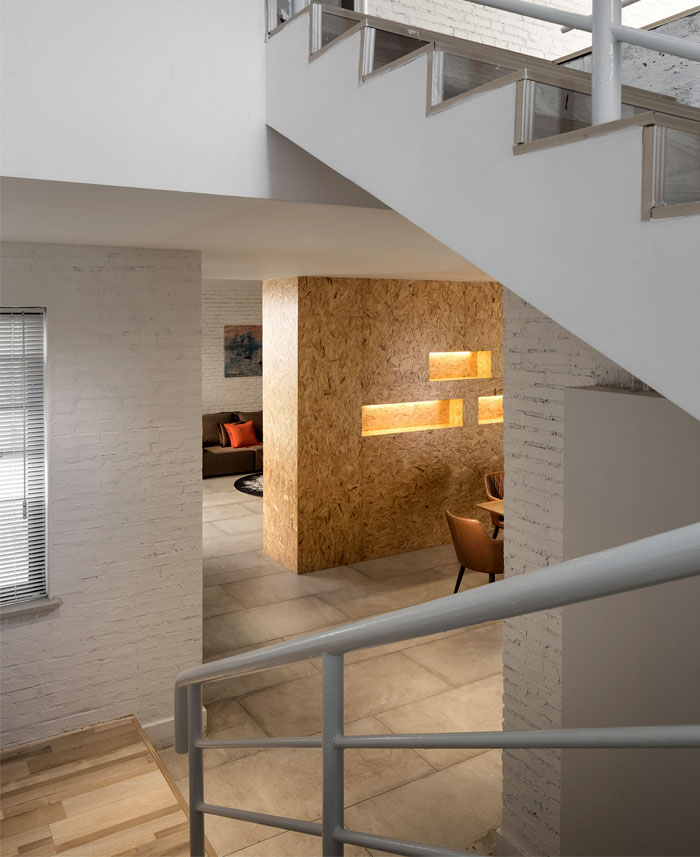 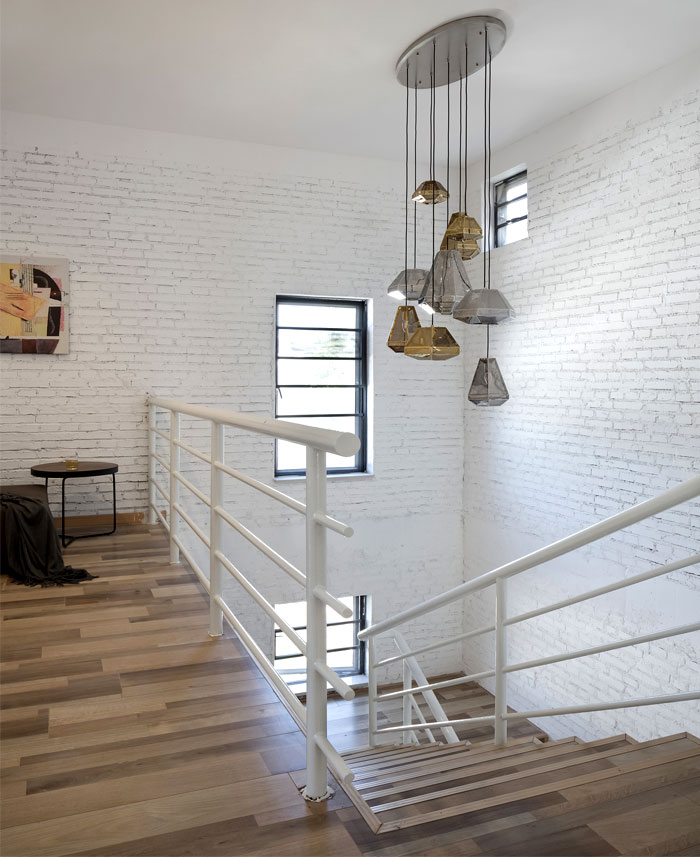 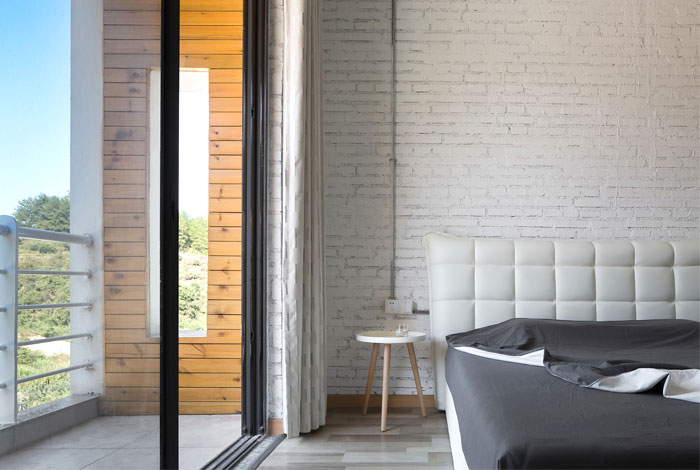 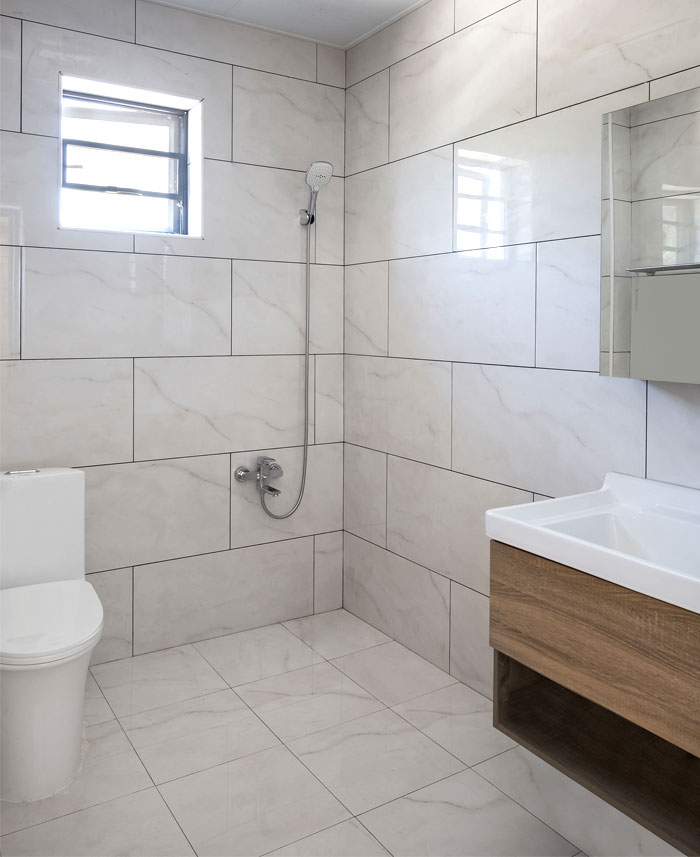 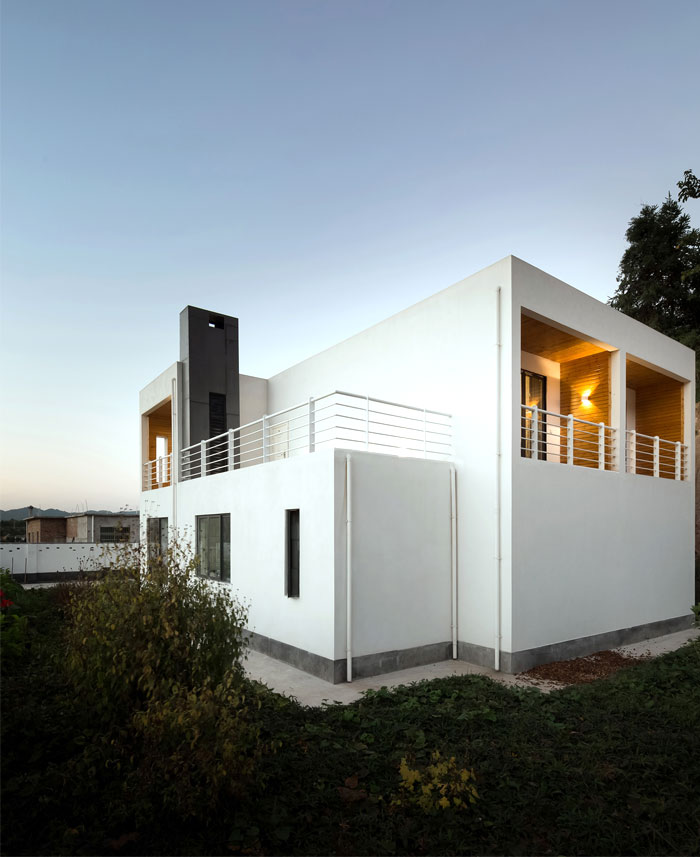 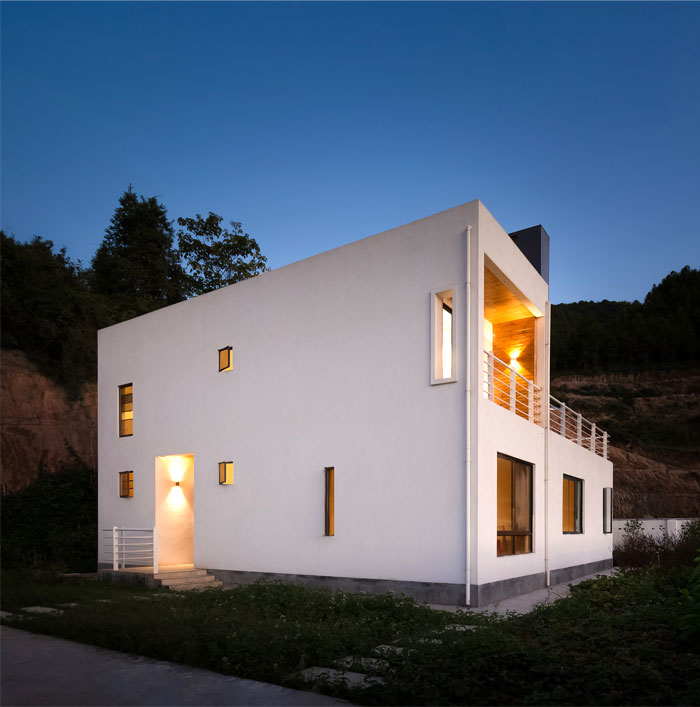 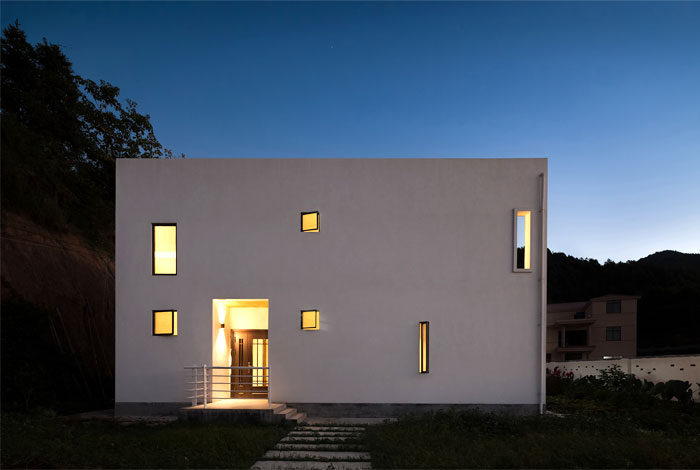 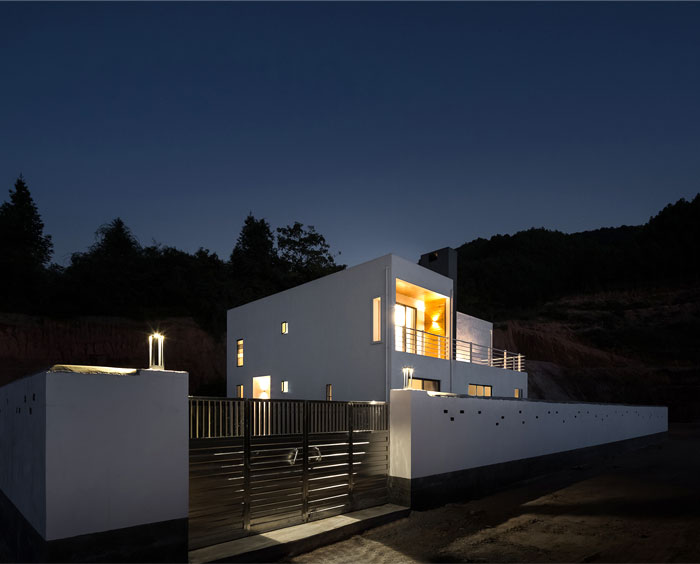