Cape Town design studio OKHA has released a pair of new side tables, the Rational and Irrational. This is a table which started out as a meditative exercise; designer Adam Court says: “I wanted to do the simplest table I could do in the most evolved way.” 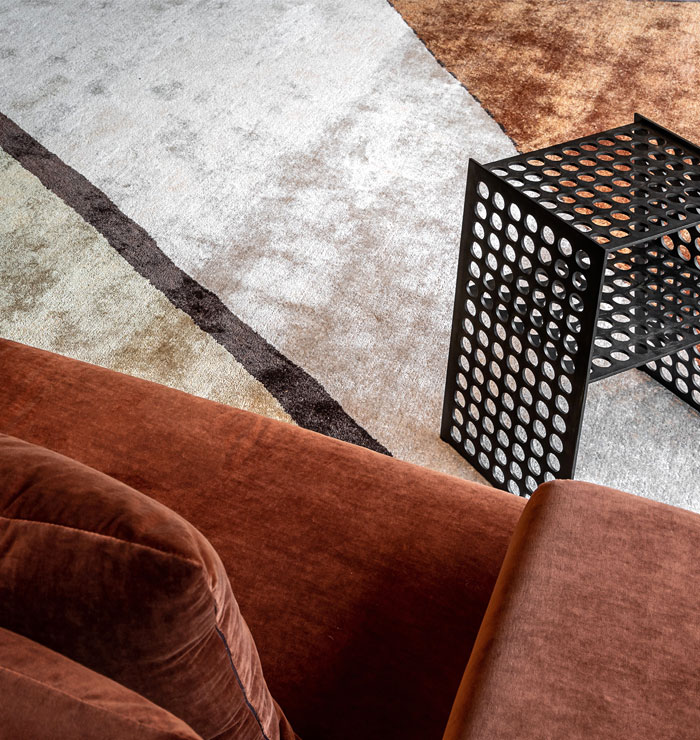 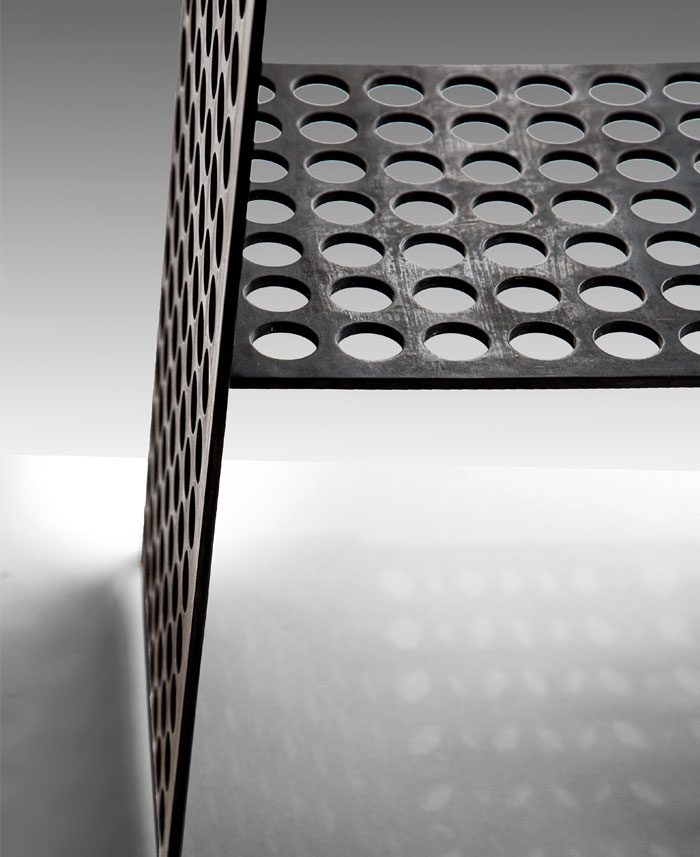 It gives the impression of being composed of a basic structure of unbroken lines of vertical and horizontal planes, but as you penetrate deeper into the organization of the form, you are presented with a paradox. This is no simple form, no simple table. At first glance, the Rational table appears to be an exercise in absolute reductionism. 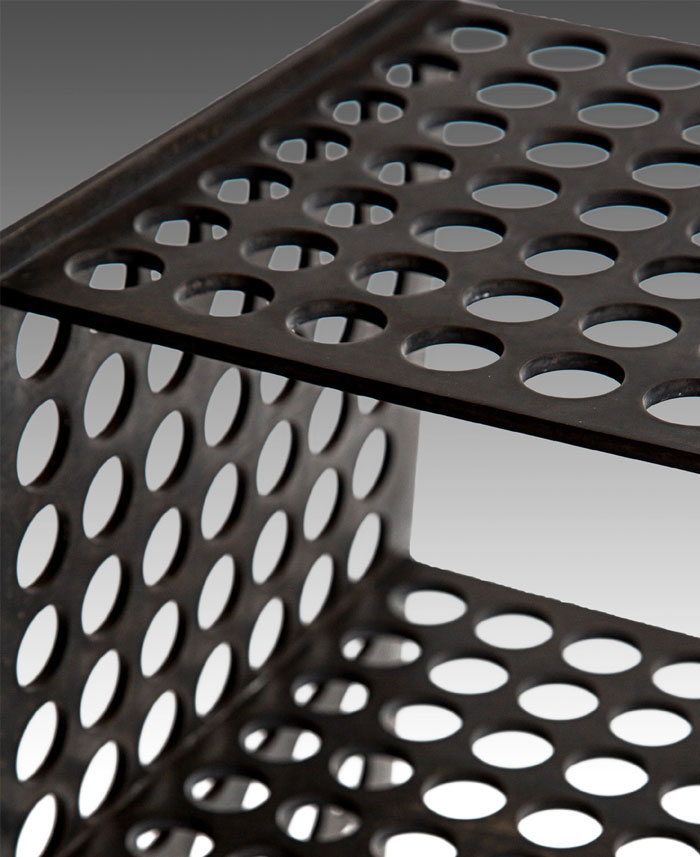 Made of four wafer-thin waxed mild steel plates Rational’s subtle A-frame form is light in appearance but weighs in as true heavy metal. We can say that Rational is the offspring of two opposing yet interconnected forces;  Deconstructivism and Constructivism; a result is an object of idiosyncratic character, a very particular stance, a nuanced accent. 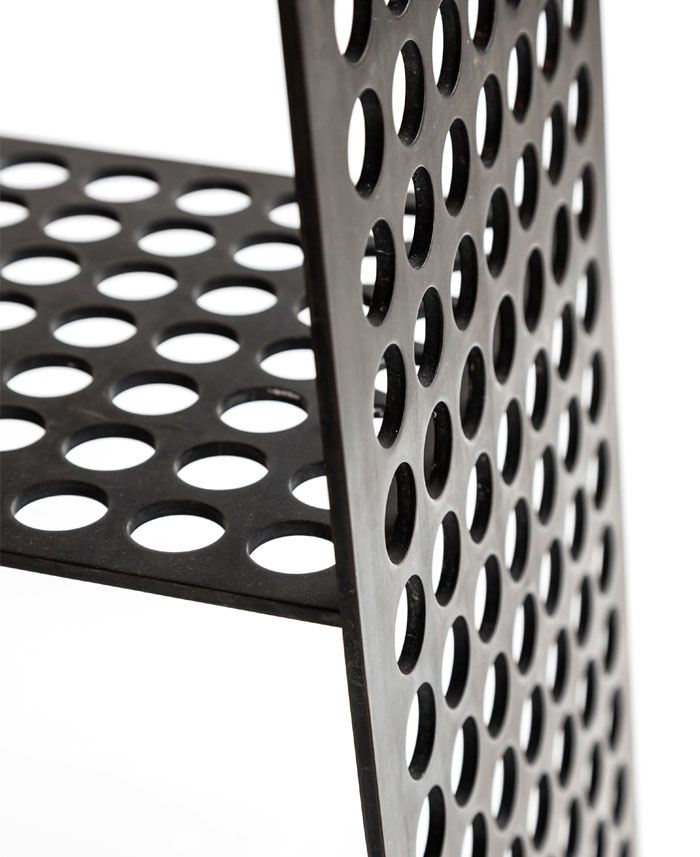 The Rational table is intentionally fragmented and harmonious in the same instance, its composition of separate components almost meet edge to edge, they glance across one another at unexpected points, mere millimeters from border to border, the resulting dynamic is one of an intelligent depth of design and of quiet visual arrest. 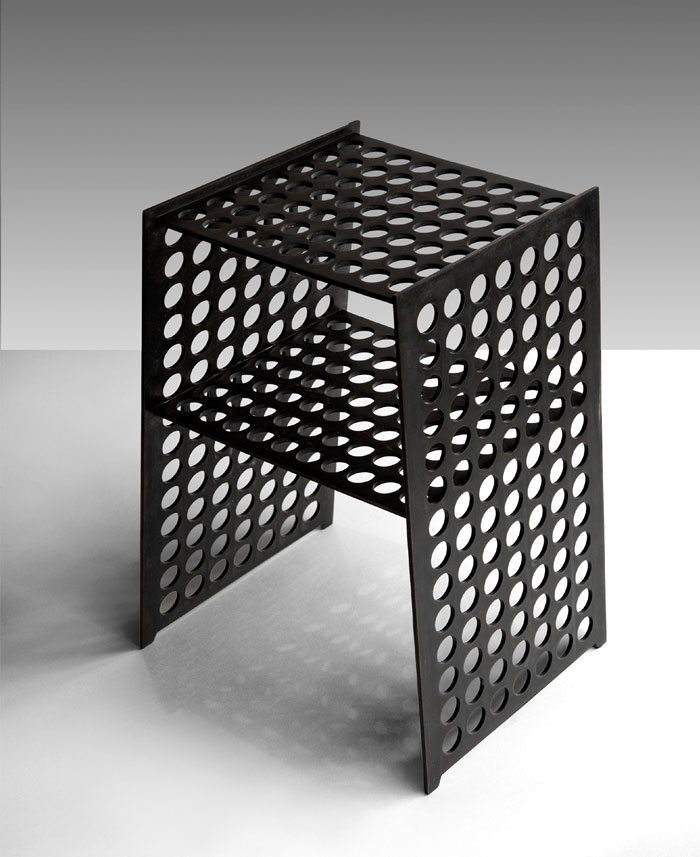 Paradox and Provocation…born of the same metal as Rational, Irrational stands slightly taller and is the more controversial of the pair with one noticeable difference, systematic negative space; rows of circular precision cut-outs reminiscent of roadside braille lend a Jean Prouve industrial feel, but this is a luxury item. The raw mild steel form (aka Carbon Steel) has been naturally oxidized and waxed multiple times to bring a delicate, sensitive patina to this most robust of metals.  Words: Tara Meeran; Photography: Niel Vosloo; 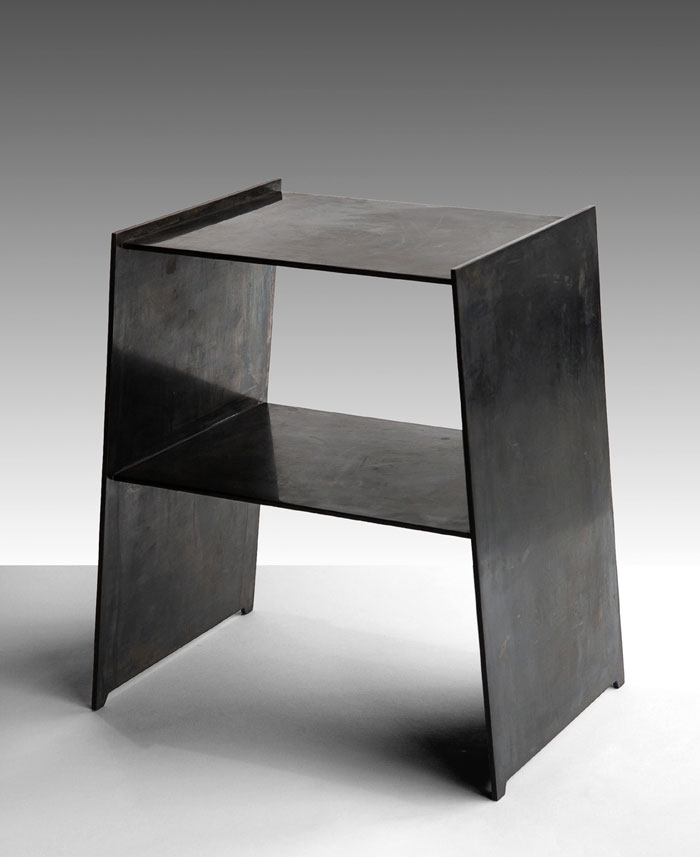 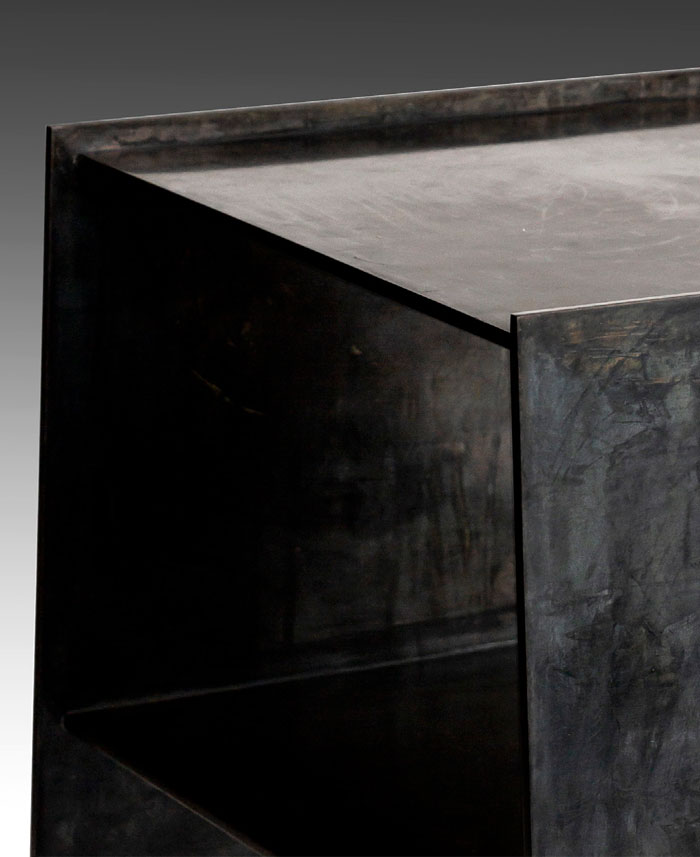 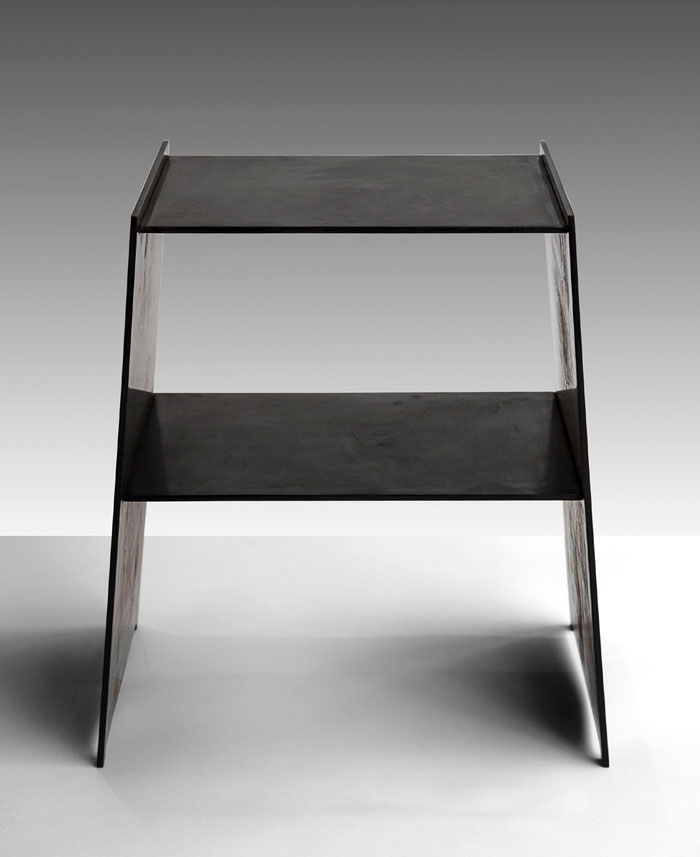