Since a thousand years ago, Boshan has become a renowned town of ceramics and colored glaze. Touring around it, one can fully enjoy the beautiful landscape and fascinating culture. Many old villages here such as Guyao Village witnessed the passage of time, inherited ingenious craftsmanship as well as the spirit for striving for excellence, and created various exquisite artworks. 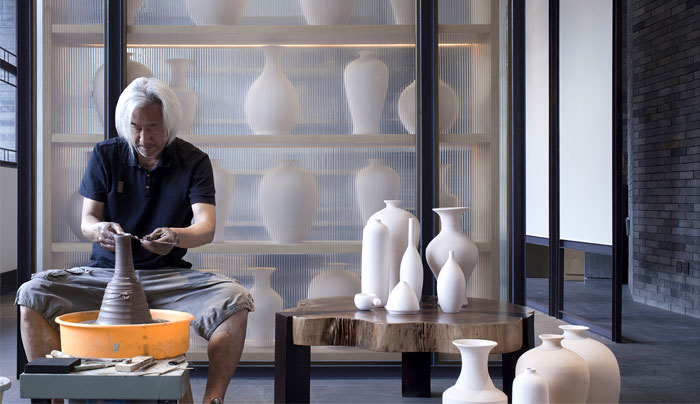 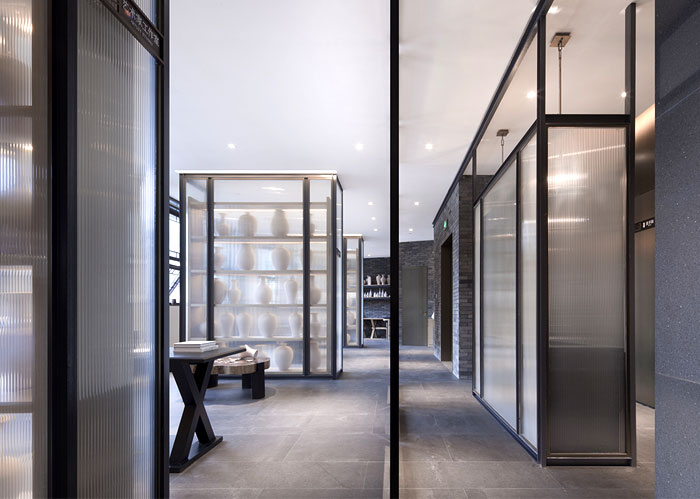 Based on these favorable natural and cultural conditions in Boshan, the client decided to construct an “elder-care town” beside Yuwang Mountain, a destination for old people to enjoy later life. Pottery and Colored Glaze Workshop, the project undertaken by Co-Direction Design, is situated in the “elder-care town”. 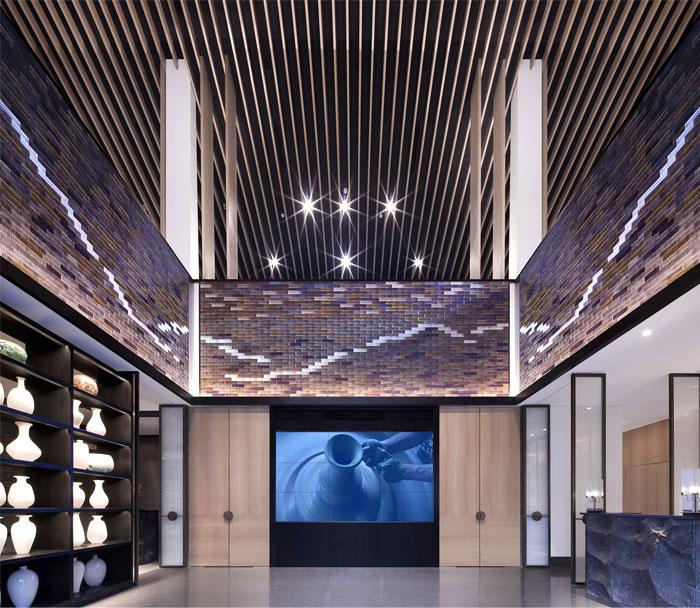 Bearing in mind the inheritance of local traditional culture and the essence of design, the design team conceived to restructure the space and integrate historical and cultural elements into it, aiming to reach a balance between the contemporary and the traditional. The overall space features a smooth and natural layout, with ochre, black and white as major hues. Woods, stones, copper and bricks were widely utilized, together creating a calm and restrained atmosphere in the space. Besides, cultural symbols of ceramics dating back to one thousand years ago were ingeniously incorporated into the interior design. 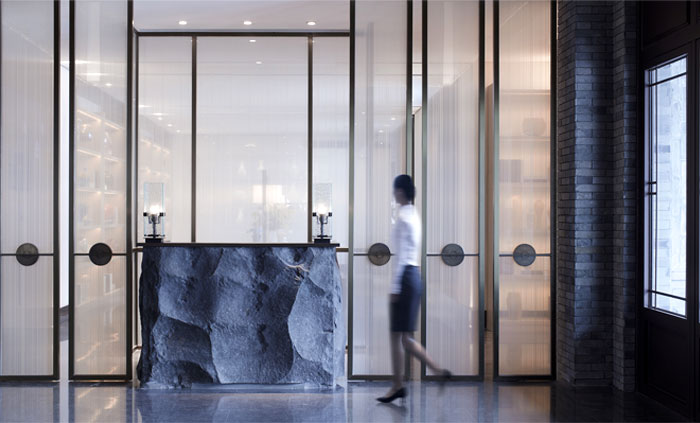 A massive granite stone functions as the front desk, which is in harmony with the space, directly evoking people’s deeper feelings. The foyer was designed with a symmetrical layout, conveying oriental aesthetics of order. The wired glass screens in this area are placed with a certain distance from each other, which exude dim and soft lights and form the contrast of massiveness and lightness with the architecture. 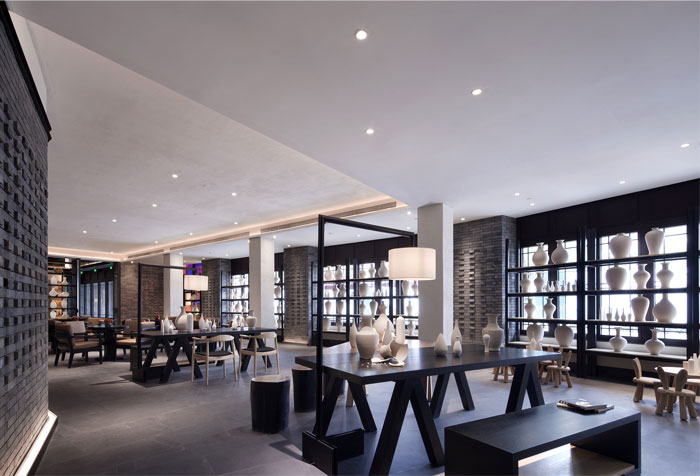 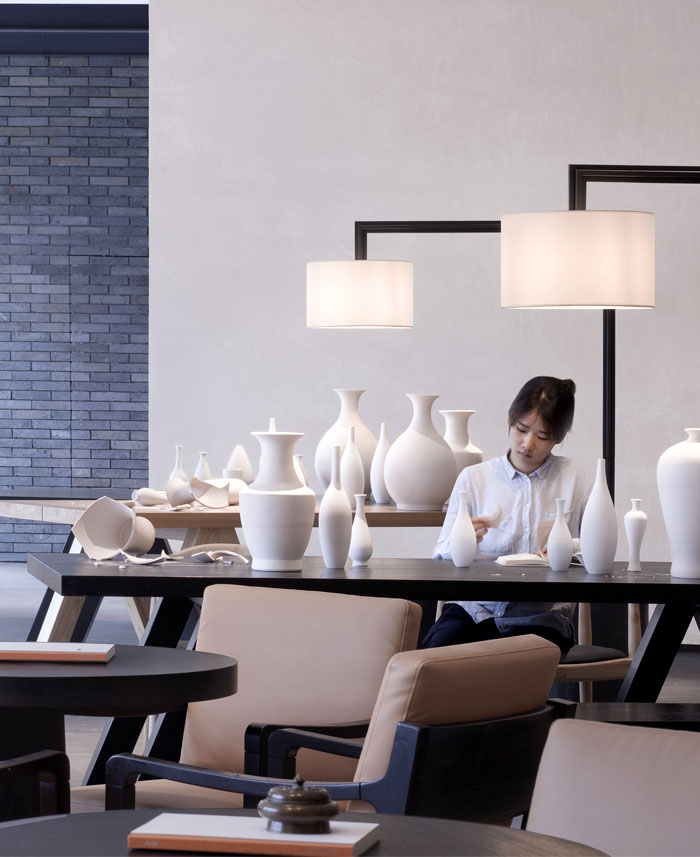 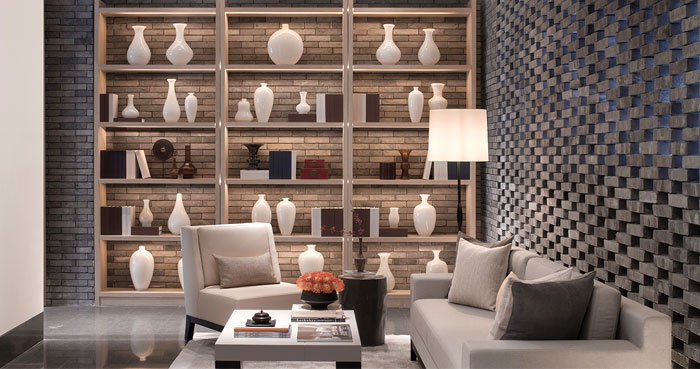 The ceiling was designed with curved and strip-shaped structures, which shows the structural aesthetics of traditional Chinese architecture and adds a sense of formality to the space. Lights fall on the tiered glazed bricks, generating soft glitter like jades and pearls, and indicating the rich local cultural context. Large area of white walls and gray hollow bricks echo each other, which endows the space with unique textures, blurs boundaries within it and facilitates the interaction of lights and shadows. 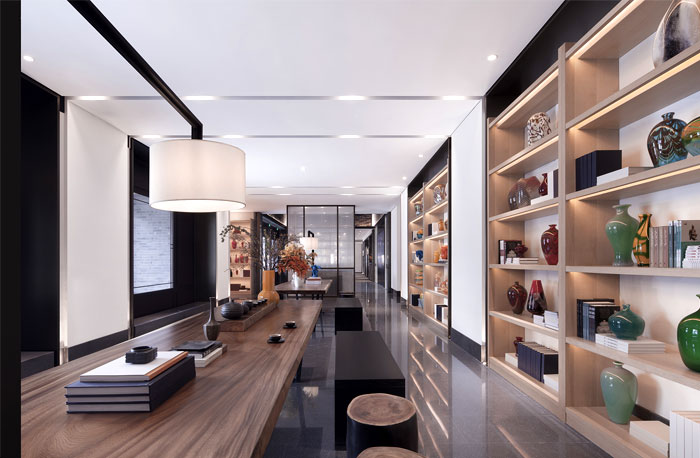 The whole space is like a piece of classical music deducted by exquisite architectural elements. Walking through it, one can deeply feel the collision between modern design language and traditional aesthetics as well as the inheritance of Chinese culture.  Interior design: Co-Direction Design; Soft decoration: Co-Direction Aesthetics Project area: 810 m2; Photographer: Jing Xufeng 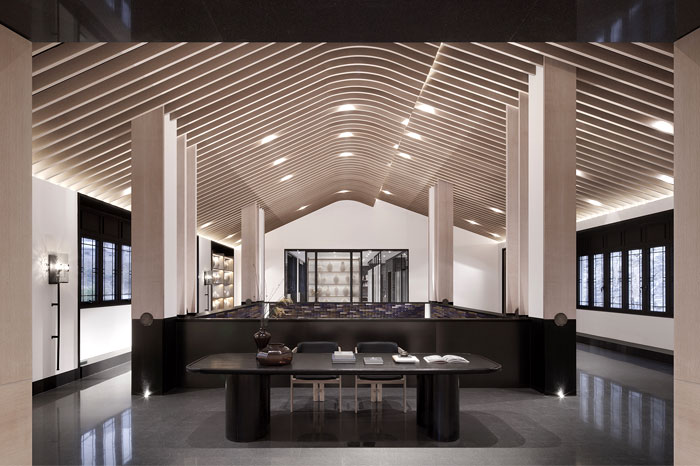 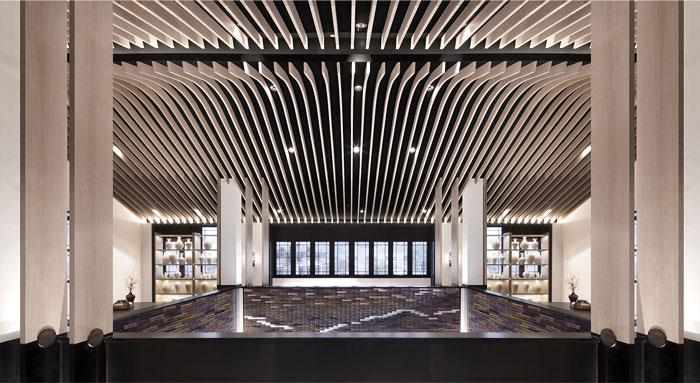