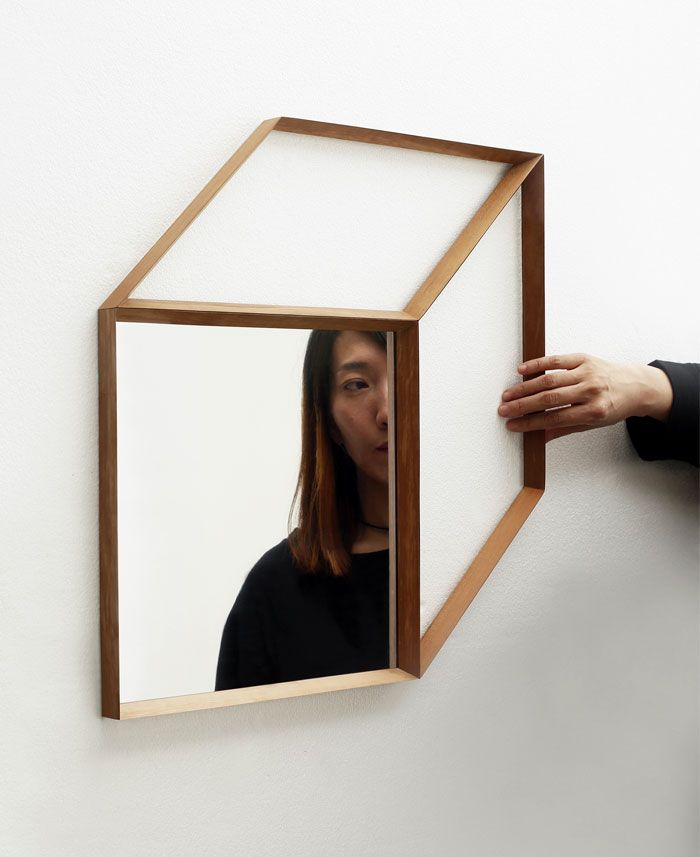 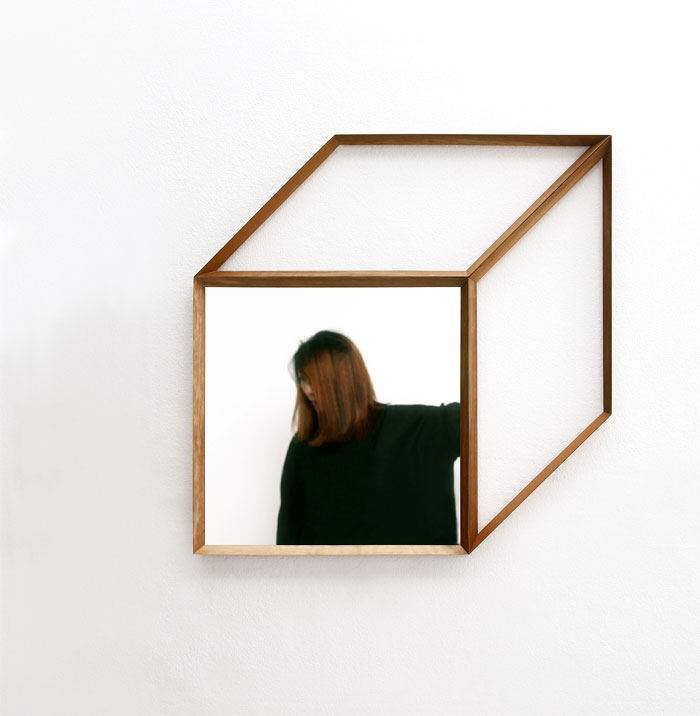 The action of people who involved in it becomes the element of the movement in space. The framed mirror consists of frames and mirrors, whose inside can be empty or inserted with mirror. The frame can be assembled freely, and when people are inside the frame and mirror, the space is relatively static, but when people are moving, the boundaries of the frame divide their portrait at the same time, and as the angles of the combined modules are different, the moving fragments of the portrait create changes of montage images visually, one image connects or breaks with another. It’s difficult for people to accurately capture the image they want in the space game, they need to look for angles and directions, and this is the rule of the game. 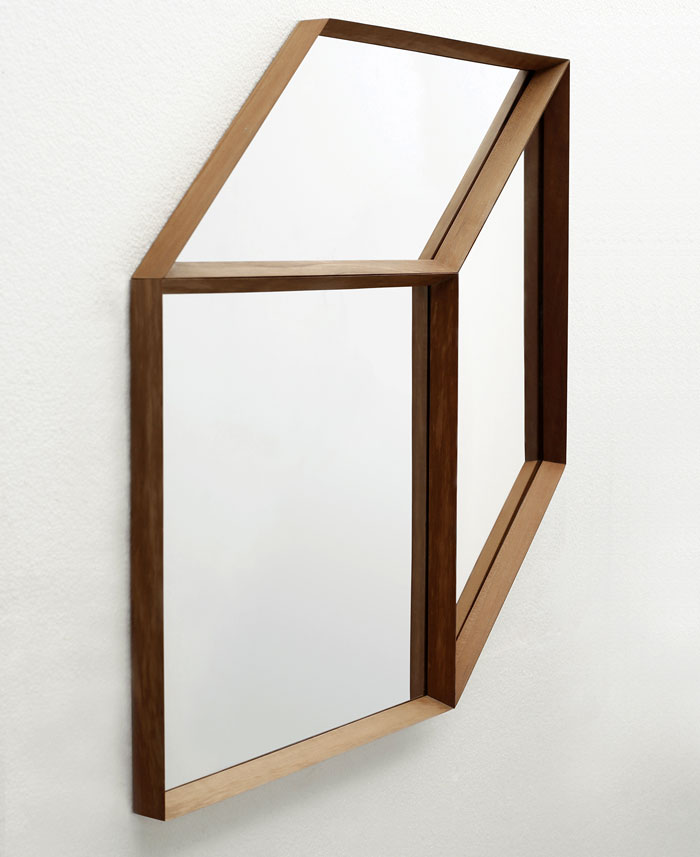 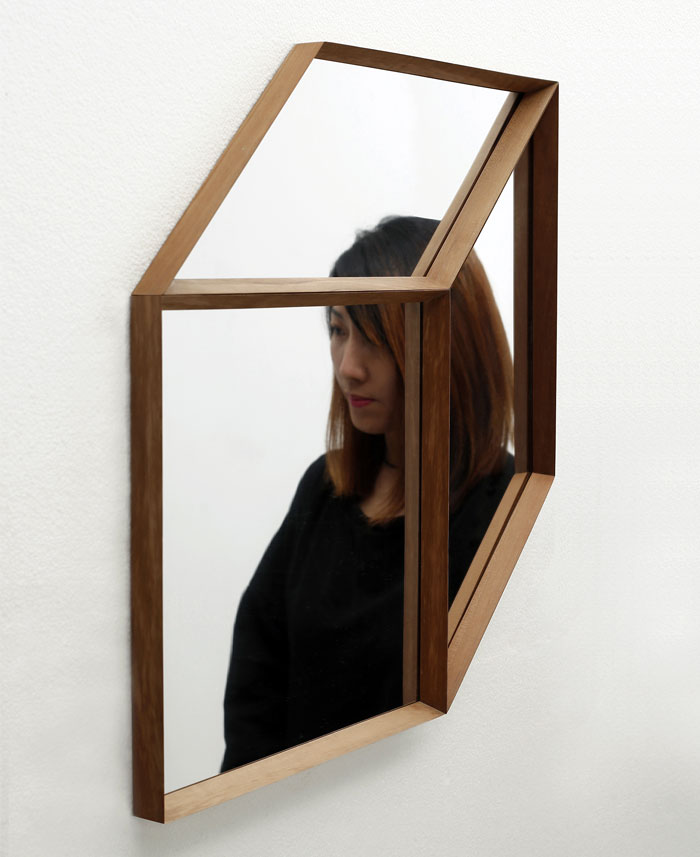 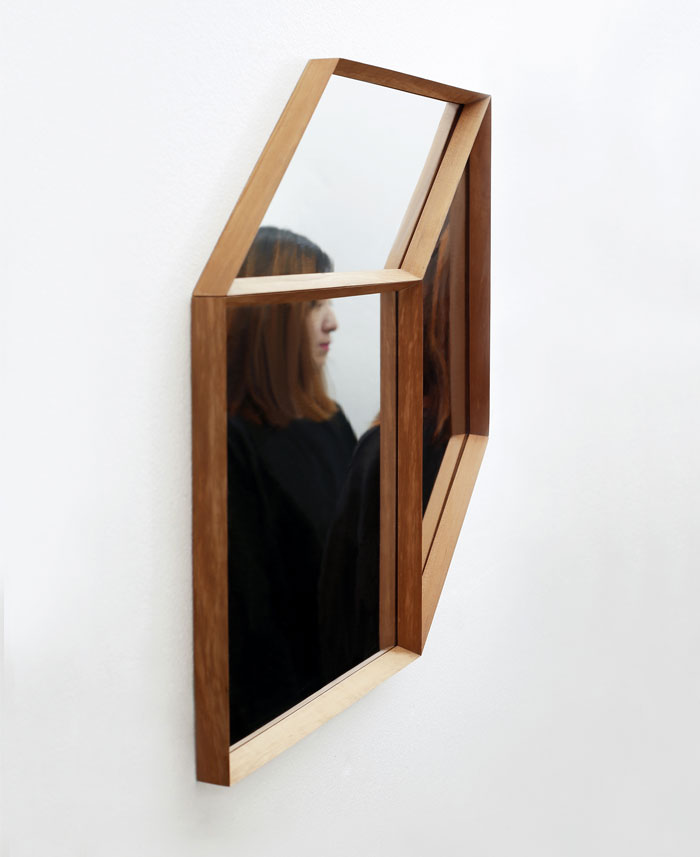 The framed mirror is composed of three parts, which can be freely combined and connected. The space can switch from 2D to 3D. Based on the combination of the three parts, the user can change their form according to the nature and of atmosphere the space at any time. The frame is made of pear wood, which is hard and has exquisite texture. Choosing a wooden frame is to improve the product’s natural quality. Meanwhile, the sections of the mirror are prismatic instead of square, so that the torsional feeling of the lines is enhanced and the pseudoblepsia is increased. The mirror is made of mirror acrylic instead of ordinary mirror, so as to reduce the weight of the frame and make it easy to be assembled at any time. 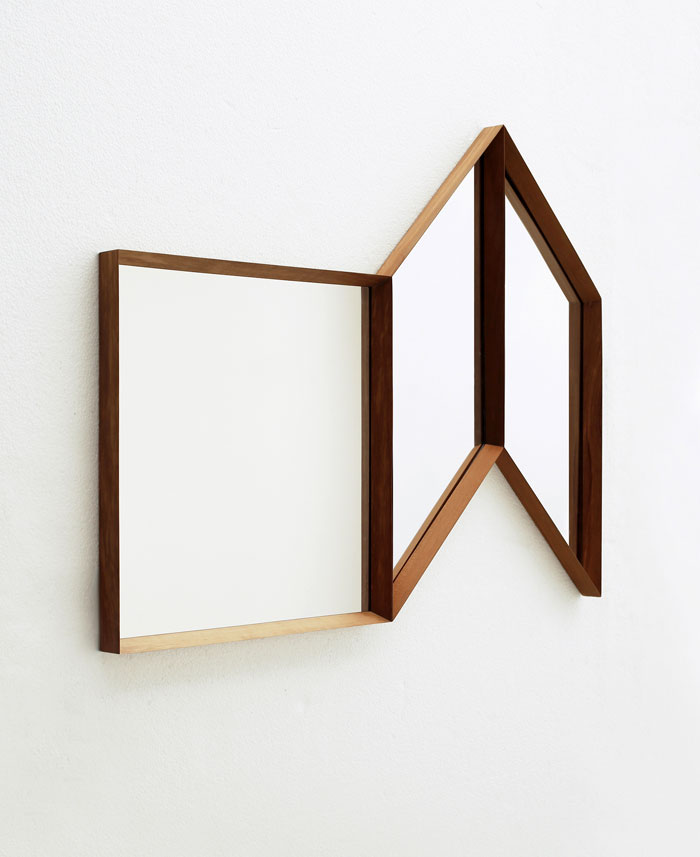 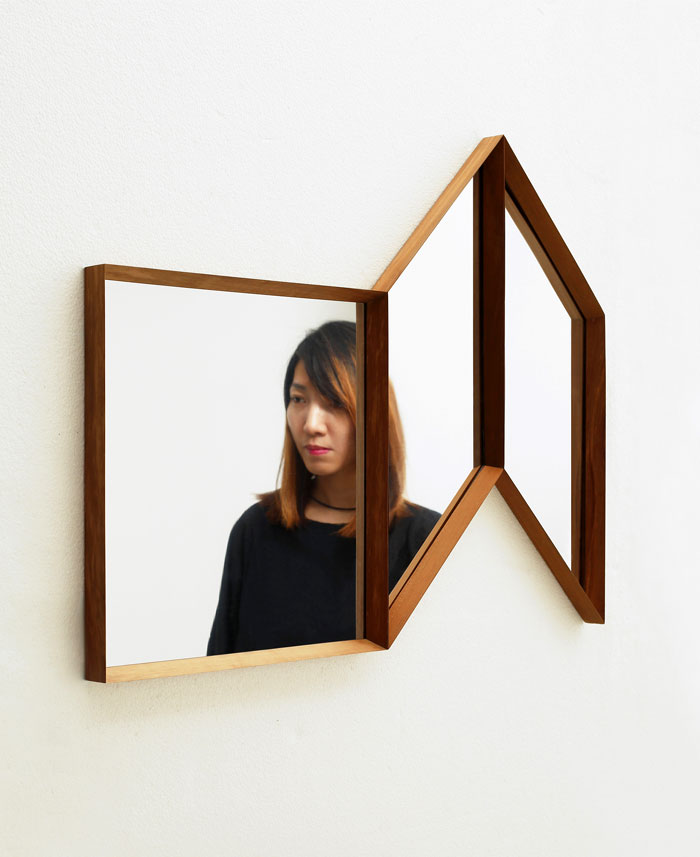 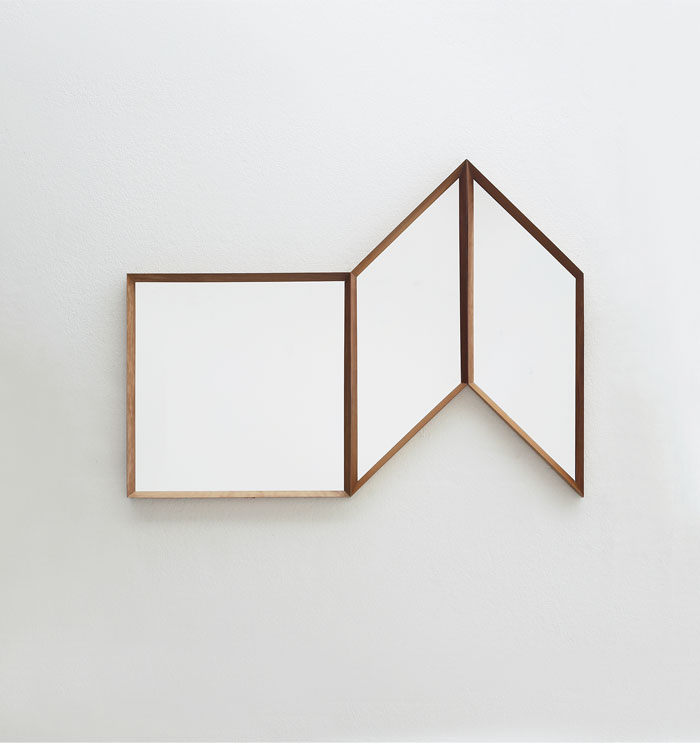 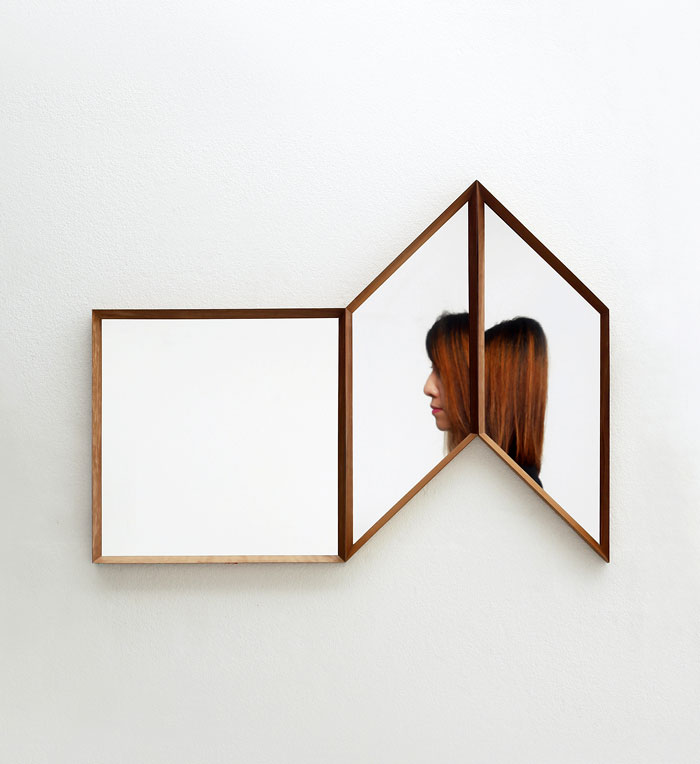