A group of objects based on the principle that 1 + 1 = 3. The dynamics of opposing forces: two intersecting flat planes collide to create new perspectives & alternative dimensions. Brutalist forms inspired by Louis Kahn, Carlo Scarpa, Richard Serra. Stellar comes from the Latinate for “star” and is epitomized in OKHA’s range of Stellar and Super Stellar candle holders by designer Adam Court, which draws on both cosmic and cultural references. 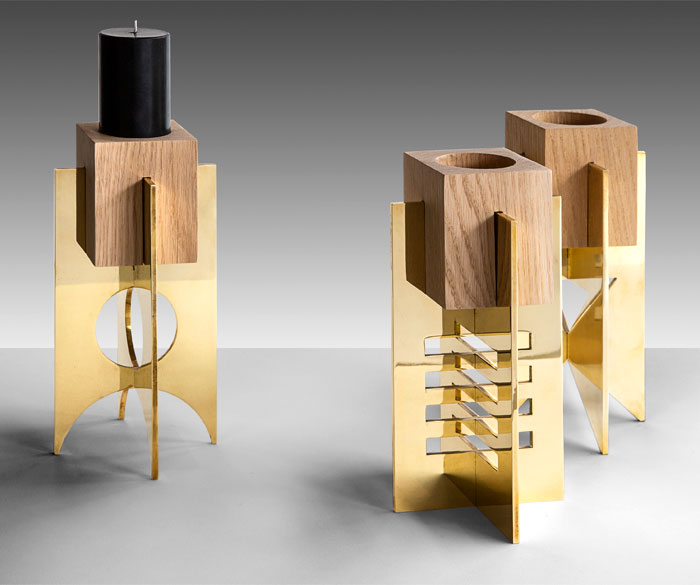 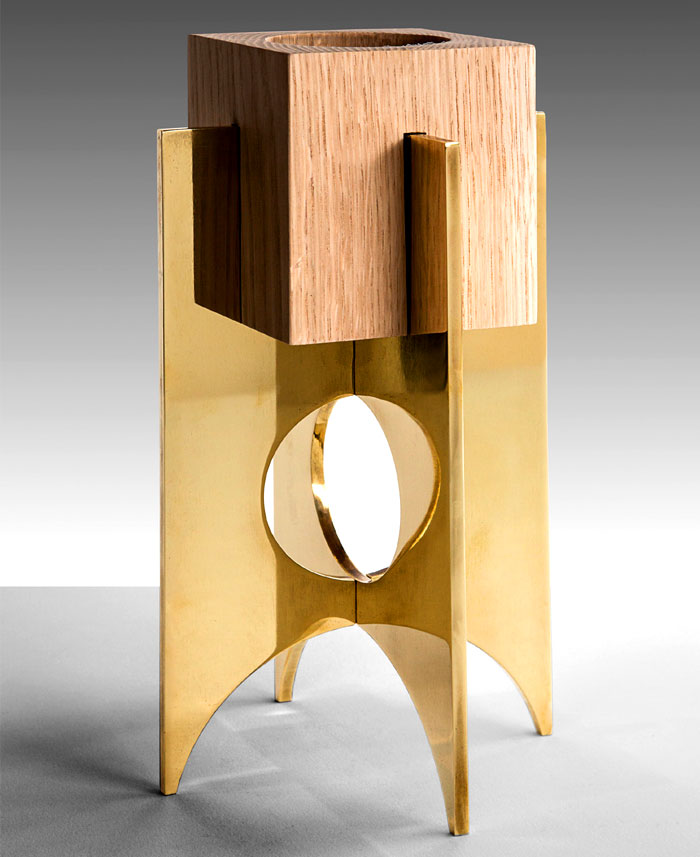 Why Stellar? Stars are the result of a heated compression of inter-relational forces: the force of gravity compresses atoms in interstellar gas until the fusion reaction begins and a new form is born. The same description can be applied to many elements, including human nature; the often fascinating and unpredictable results of bringing opposing aspects and forces together to give life to a new entity, form or perspective. 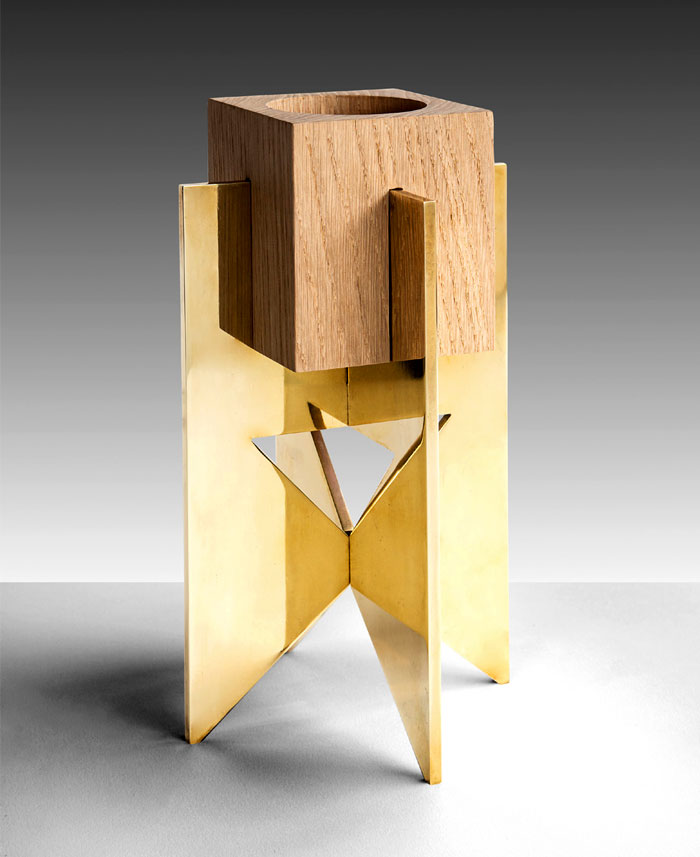 For Court, the Stellar and Super Stellar candleholders are imbibed with “the emotional evocation of starlight, movement, combustion and constellation.” He has also used a name which will remind people of the tragic and sensual women of Tennessee William’s A Streetcar Named Desire and Dicken’s Great Expectations applying “the dynamics of opposing forces; two intersecting planes collide to create new perspectives and alternative dimensions”. 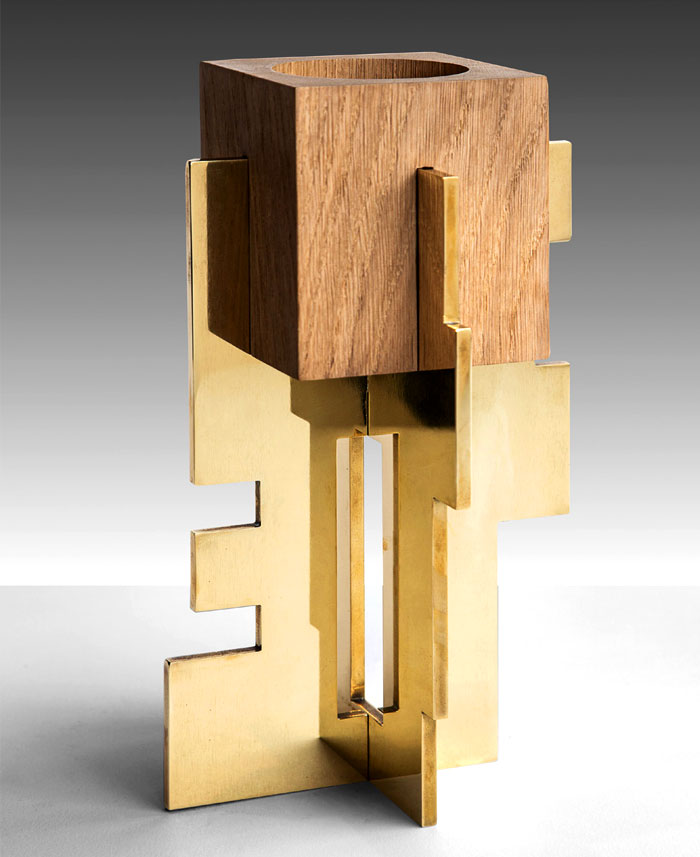 The Blue and green Stellar have undergone a rigorous process of oxidization and patination to attain their depth of color, both are made of mild steel whilst the golden SUPER STELLAR are of solid polished brass, all weigh more than they visually imply; these are not trinkets to fulfill a passing fancy like so many things in the age of consumerism, but instead they achieve a level of design integrity and value placing them in the very small and desirable category of objet d’art. Words: Tara Meeran; Photography by Niel Vosloo; 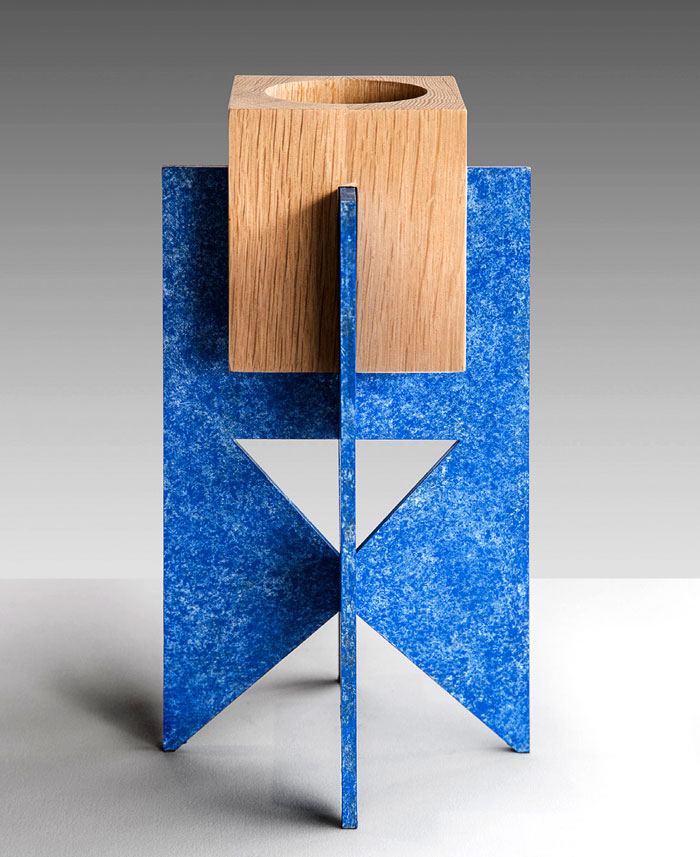 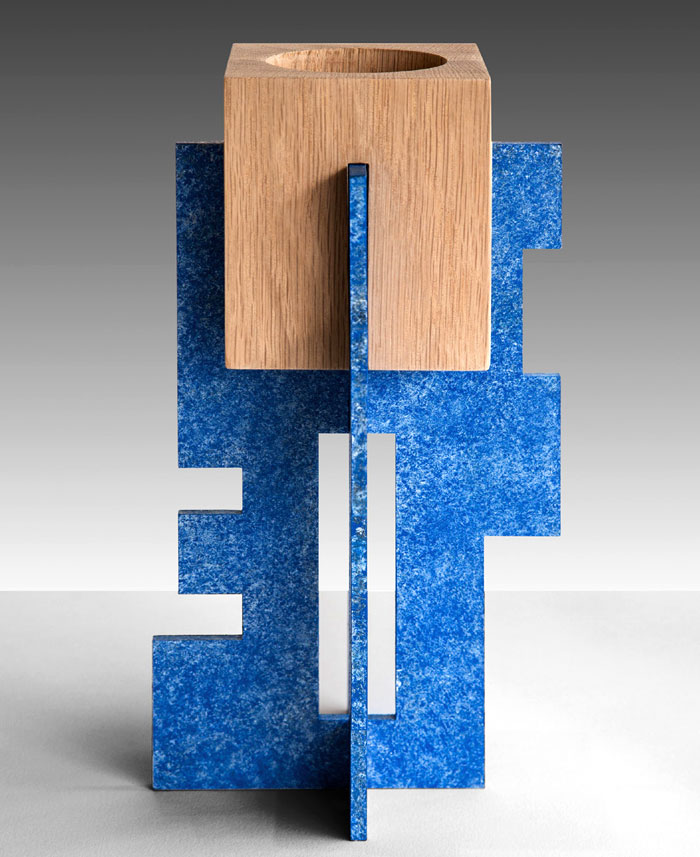