Canevas Geo Rug the third collection created by Belgian designer Charlotte Lancelot for GAN pays homage to the same traditional embroidery techniques that inspired her previous creations Canevas and Silai. Similarly to the Canevas line, Canevas Geo uses cross-stitching at a much larger scale than usual, threading colourful wool yarns over a perforated felt base. 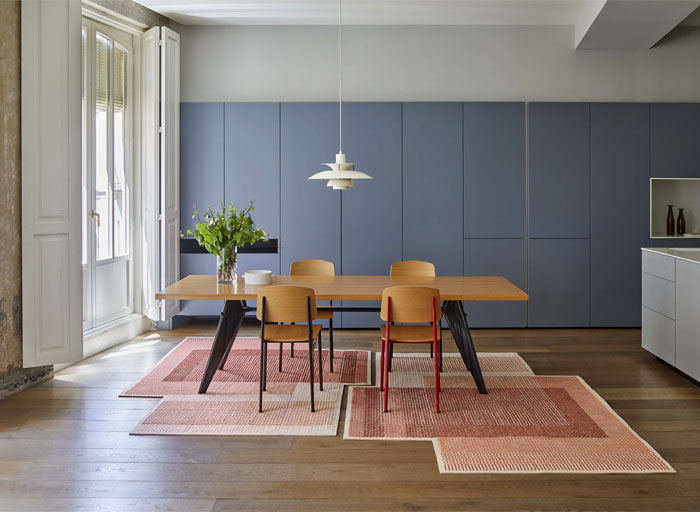 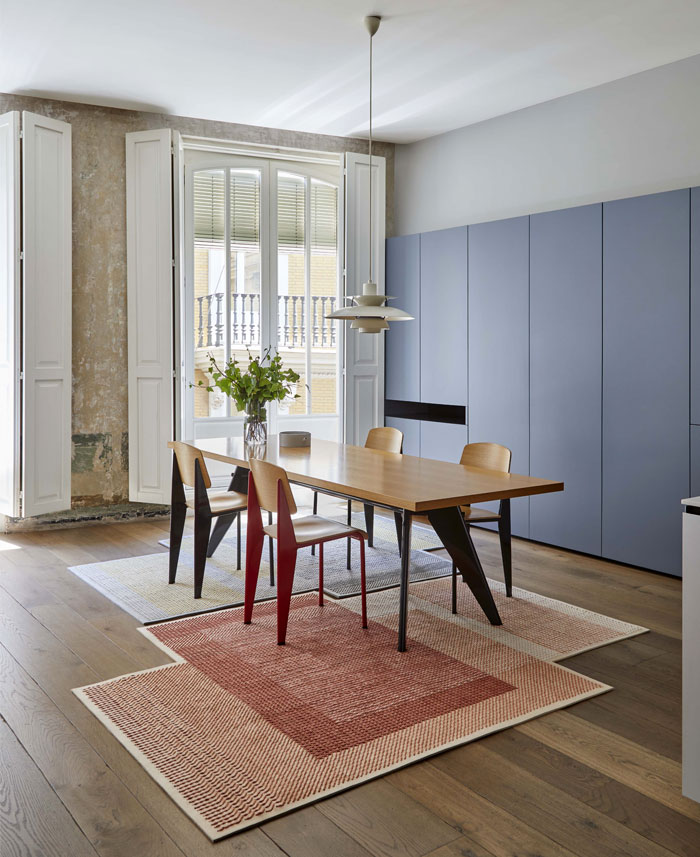 With this proposal, however, Lancelot has gone even further with framed coloured areas that appear superimposed over one another. “The idea was to explore the technique’s possibilities,” explains the designer, who is particularly interested in bringing traditional craft to the present. 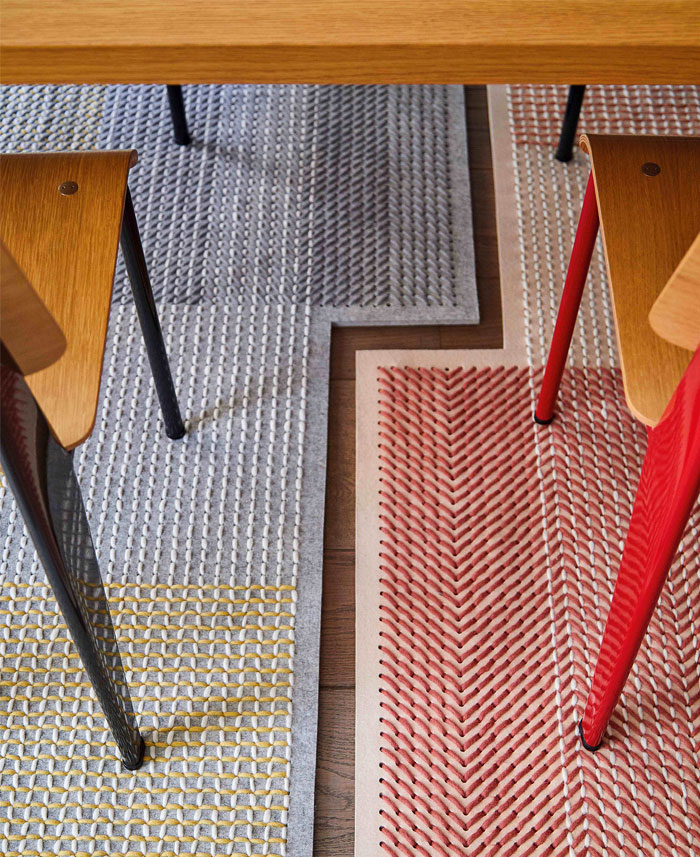 Canevas Geo is a warm and balanced composition, thanks to its wise combination of planes and colours. “The textures intermingle to create areas of different colour and density,” explains Lancelot. The effect achieved is reminiscent of the view of crop fields from an aerial perspective. 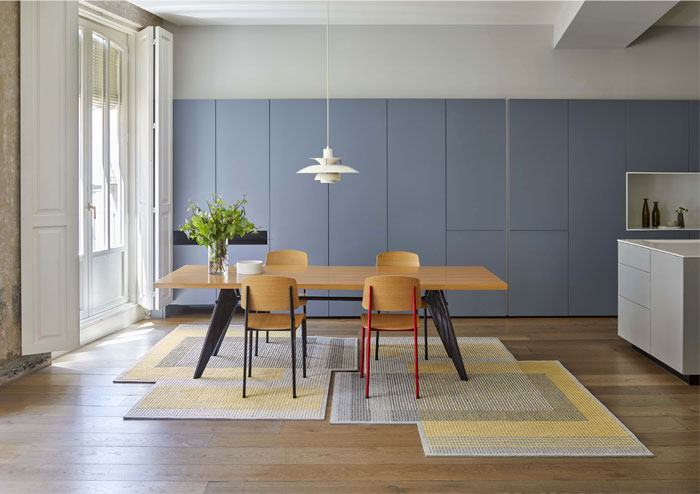 Likewise, the asymmetrical cut of the rugs breaks with the classic rectangular shape and contributes to a fresh and contemporary aesthetic, which escapes from rigidity to open up to something new. 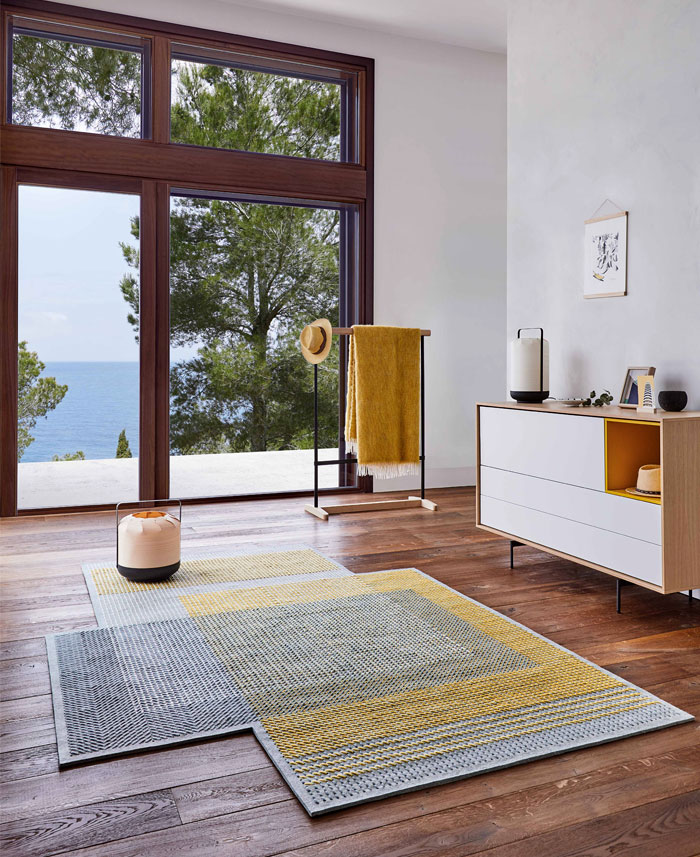 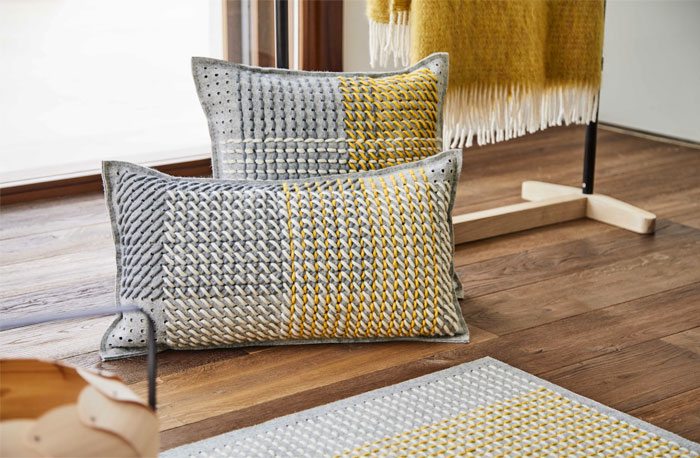 The Canevas Geo rug collection, which also includes matching cushions, is available in three colours: Coral, Green and Grey. If desired, the rugs can be combined as pieces of a puzzle, thus enhancing their geometric and tonal game. 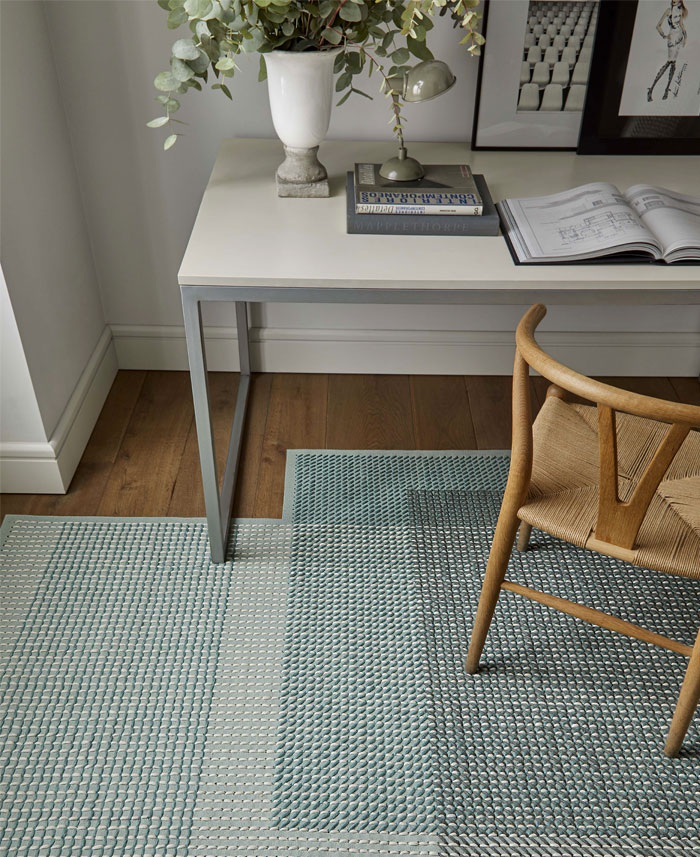 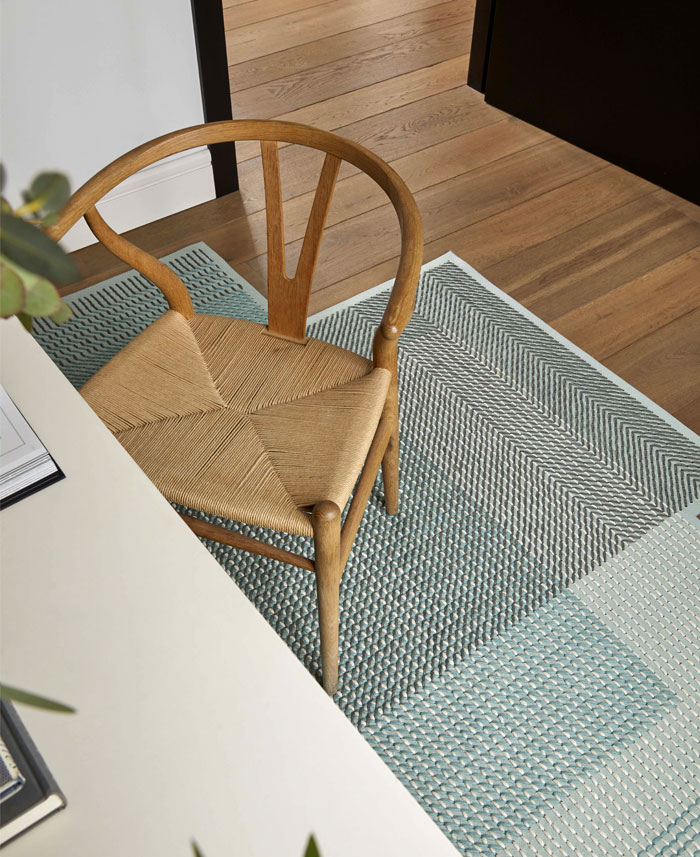