Ten years ago, the Italian brand Bonaldo launched Peanut B sofa, which this year celebrates its 10th anniversary. Actually, it was in 2006 that architect Mauro Lipparini began to design this modular sofa. After approximately two years of studies, in 2008 Peanut B was officially presented by Bonaldo and it has become one of the brand’s most popular products, with over 4,000 pieces sold so far. 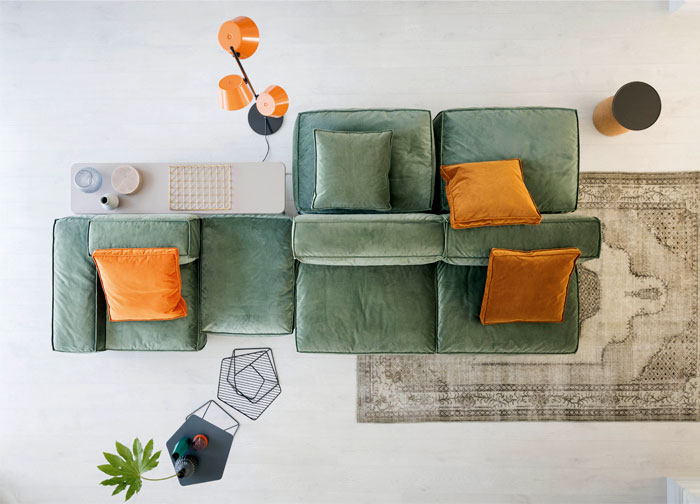 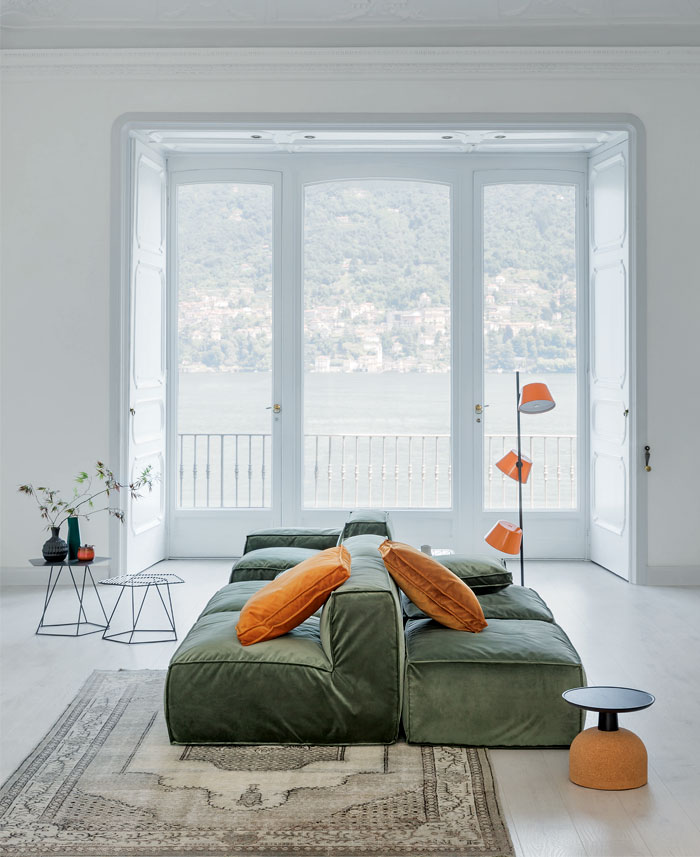 The Peanut B collection comprises many elements that can be freely combined, including three poufs, thus making possible the most varied compositions. Indeed, it is owing to this modularity that the sofa blends in seamlessly with any space or style, allowing the user to choose the best option, the final aesthetic look, and the function, giving great freedom of customization. The result is a “socializing” sofa, capable of creating collective spaces. 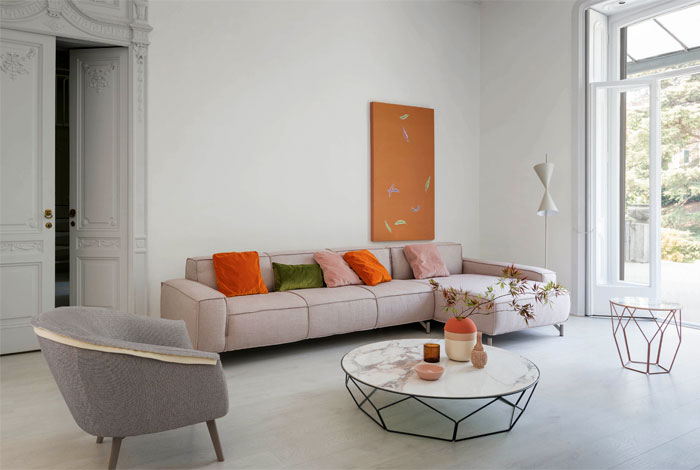 After its launch on the market, Peanut B continued to evolve: in 2009 some accessories were added to the collection, including a bookcase and a coffee table; in 2014, the new Air soft padding was introduced, giving rise to a different kind of seat, still featuring the same enveloping softness that distinguishes the sofa. Lastly, in 2017 Peanut Air was introduced: a version with painted metal feet that lift the sofa from the floor. 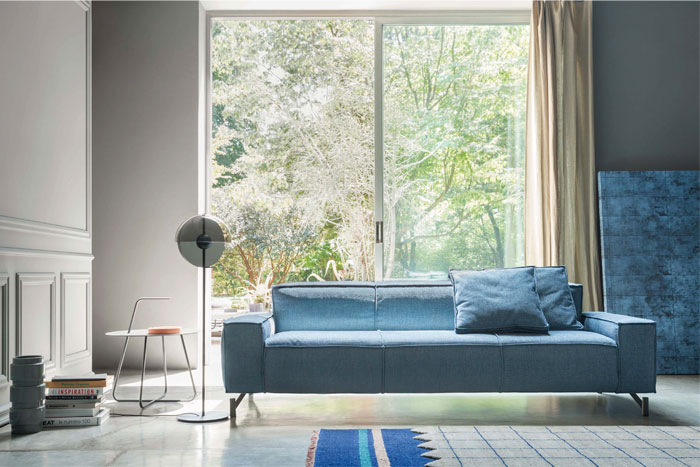 The evolution of Peanut B over the years has always remained true to the characteristics that have distinguished it from the beginning: softness, modularity, versatility, and creativity. The softness is evident both in the white feather padding and in the name of the sofa, which is inspired by the typical American sandwich filled with peanut butter: an implicit reference to the pleasure given by food and rest, in an association of ideas that brings to mind pure pleasure brought on by moments of leisure and relaxation. 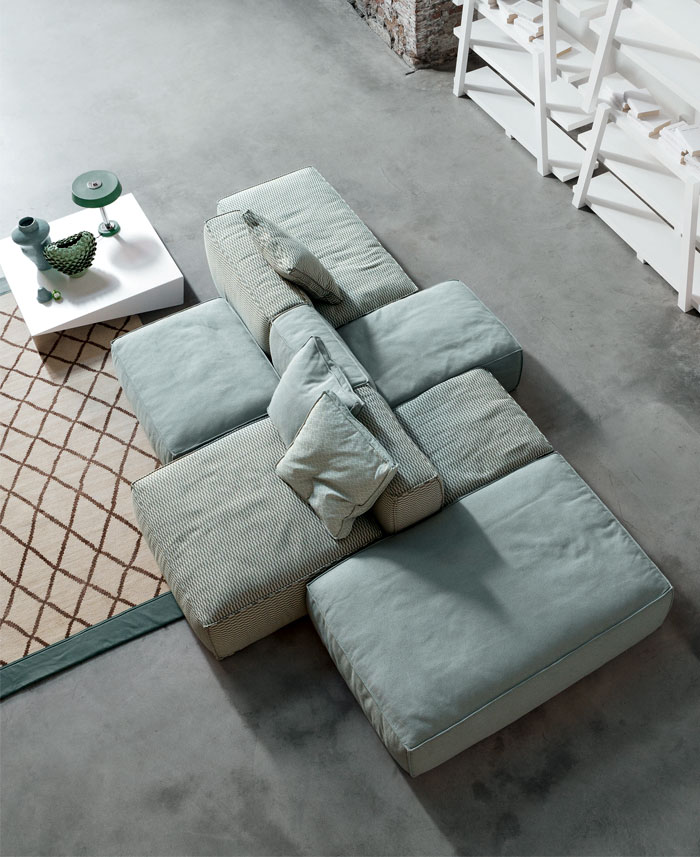 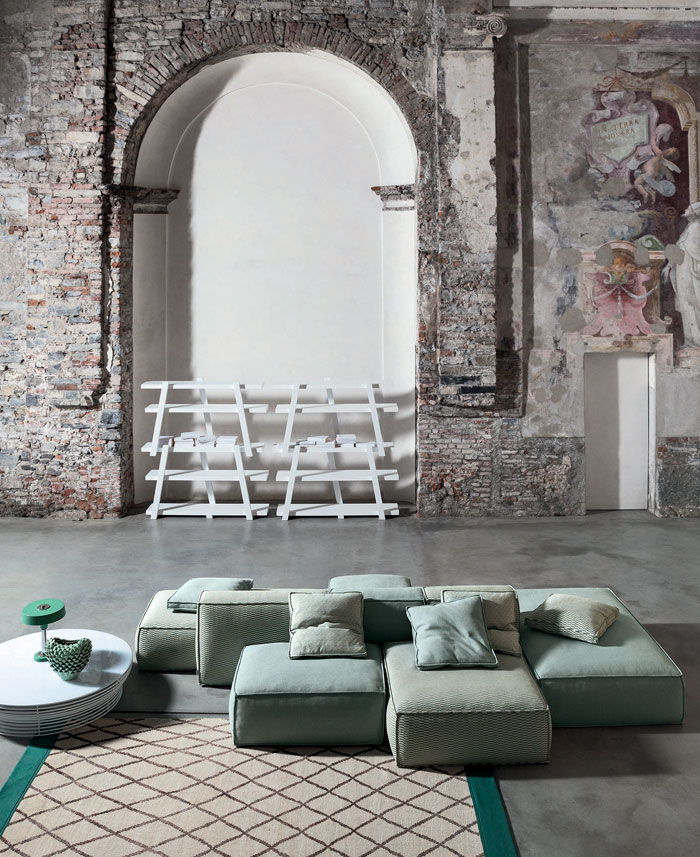 Peanut B is therefore capable of creating spaces to live and to share. Indeed, this specific characteristic made it really appreciated in different contexts: in 2016, the renowned English magazine, Elle Decoration, chose Peanut B as part of the furnishings for the EDepartment, a pilot project for a show home designed by Elle Decoration Style Consultancy; in 2018, it was chosen for the interiors of the house of Grande Fratello 15, the Italian version of the TV show Big Brother. Also, the Peanut B sofa furnishes the KAO Goldwell hair stylist academy in Amsterdam and the foyer of Hotel Courtyard by Marriott® in Brno, where it creates an island of sociability. 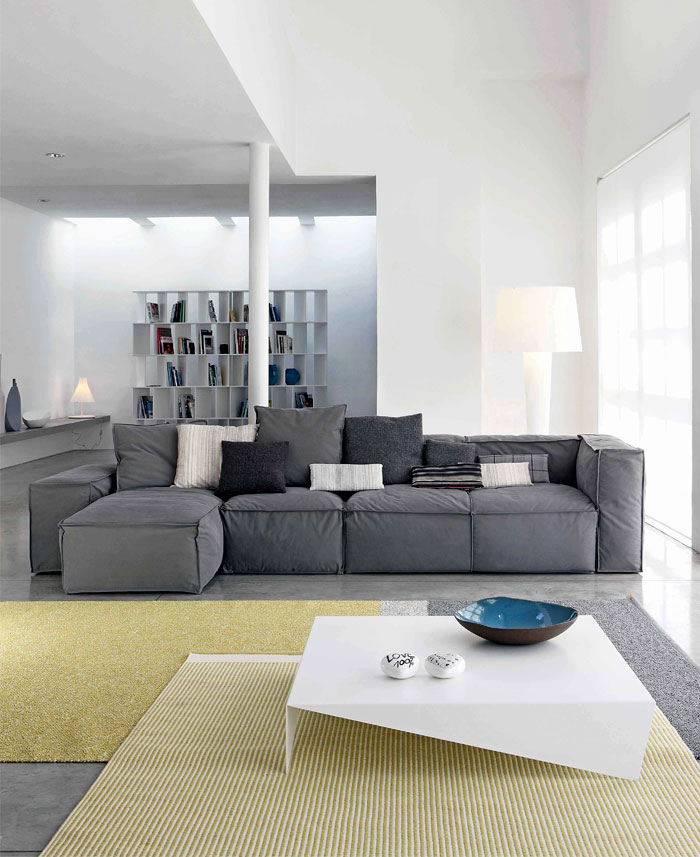 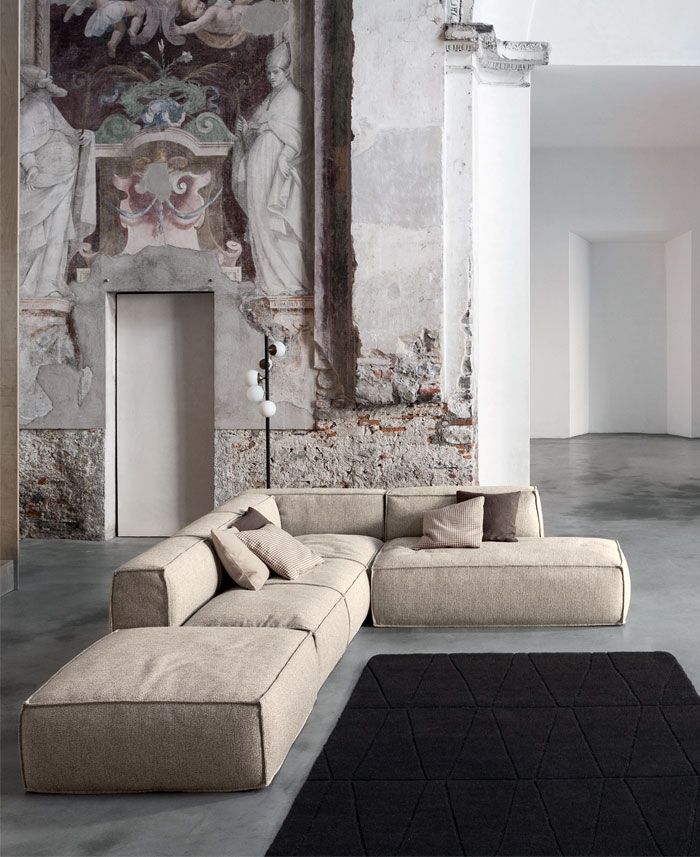 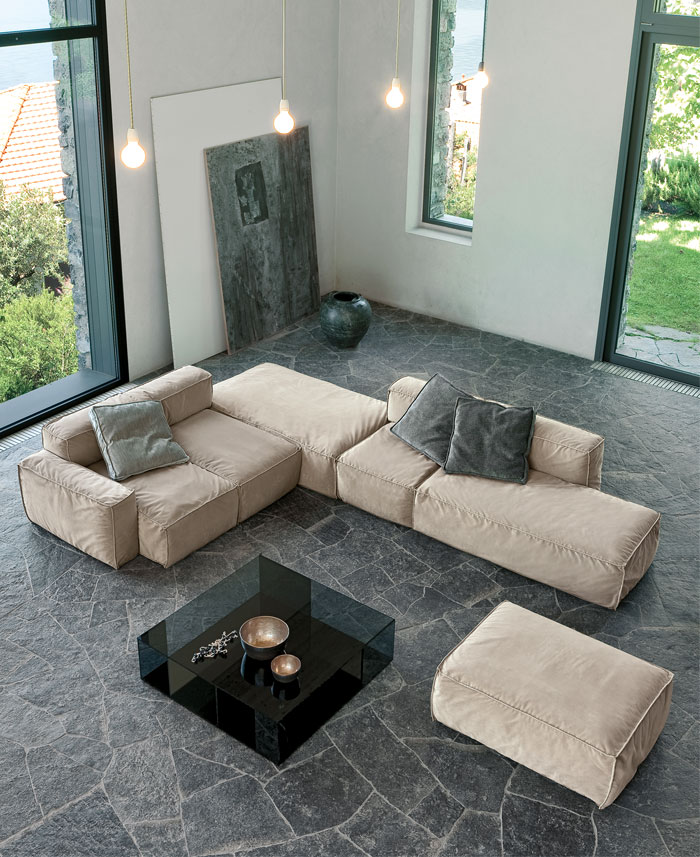