The Hotel Terramar, which reopens under ME by Melia, will be replete in the style associated with the brand, and at the same time bring new life and splendour to this historic establishment. The Barcelonese studio Lagranja Design has carried out the transformation of this historic building, which is situated on the Sitges esplanade. Artisan materials have inspired the interior and creative processes, in order to create one-off pieces of contemporary style that still maintain a traditional quality. 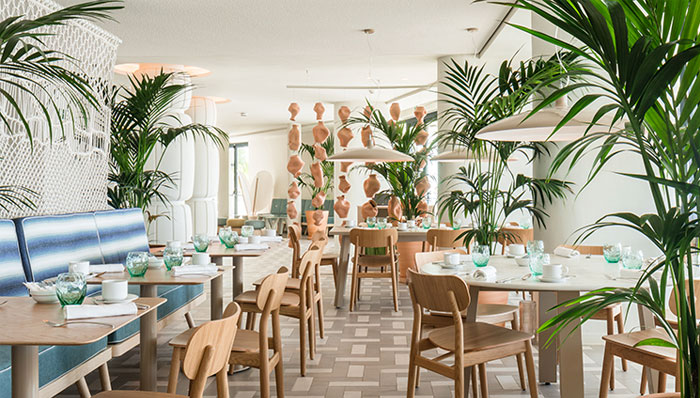 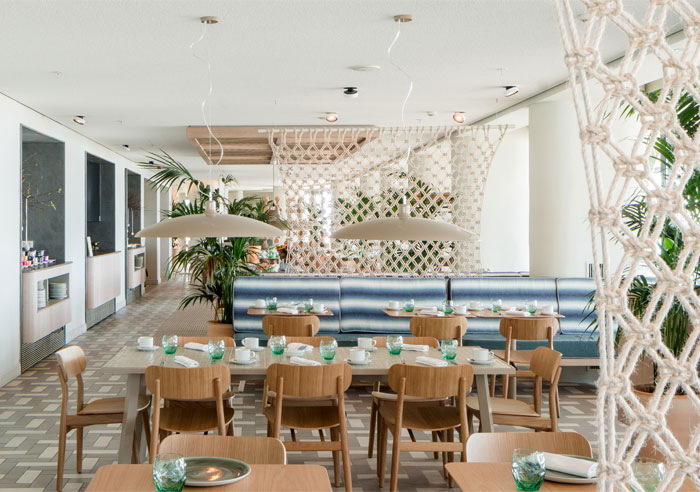 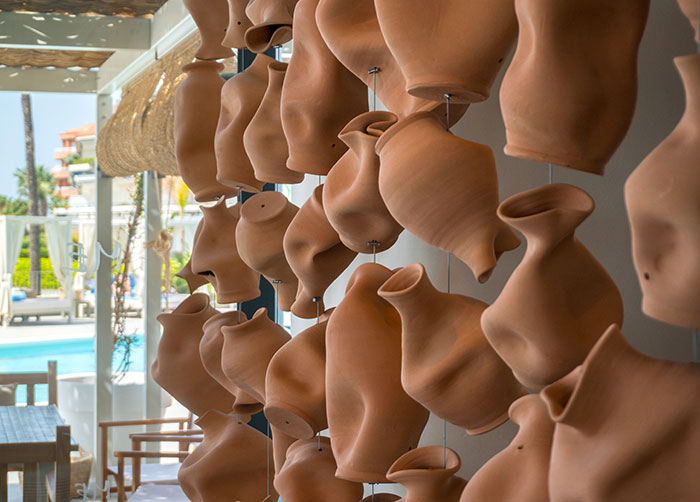 It is said that it was in Sitges that the Spanish term ‘chiringuito’ (open-air beach bar) first appeared, a concept imported by returning émigrés from Cuba during an epoch in which artists and the avant-garde where inspired by the town’s light and charm. The first Hotel Terramar (now the ME Sitges Terramar) opened its doors in the 1930s, when tourism here was dominated by the chattering classes. Back then, the establishment had extensive gardens and formal
salons, of which very few architectural details remain. 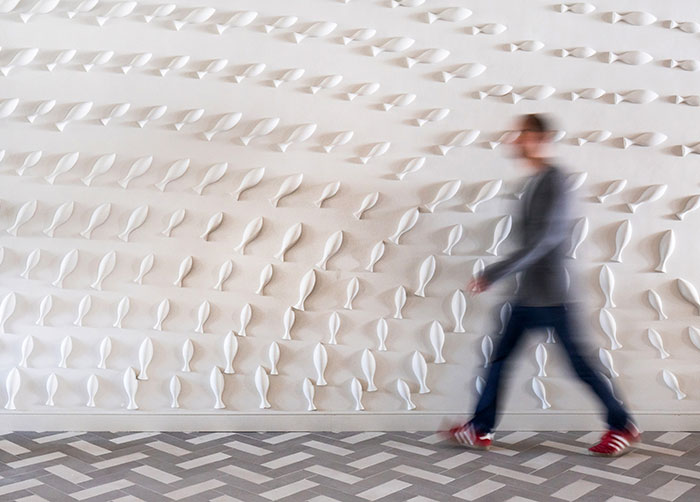 Mass tourism of the 1960s brought on another transformation, which converted the hotel into a beach holiday resort typical of the period. One of the challenges for Lagranja Design was to return the lost spirit of grandeur to the hotel, and at the same time respect the identity and signature touches of the ME by Melia brand, along with creating a contemporary new leisure experience by the Mediterranean.  Photography: Joan Guillamat 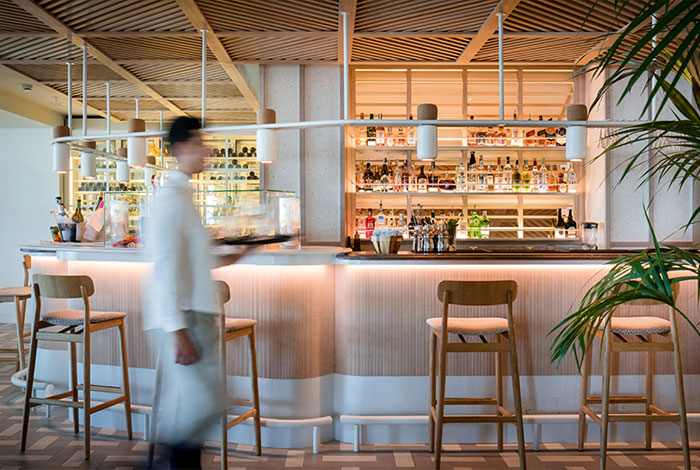 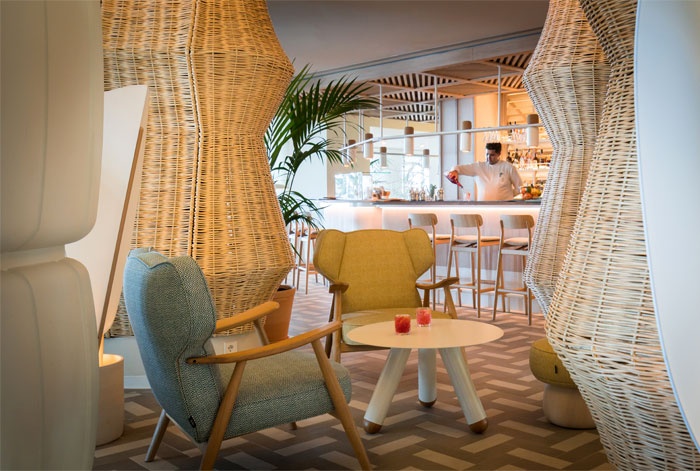 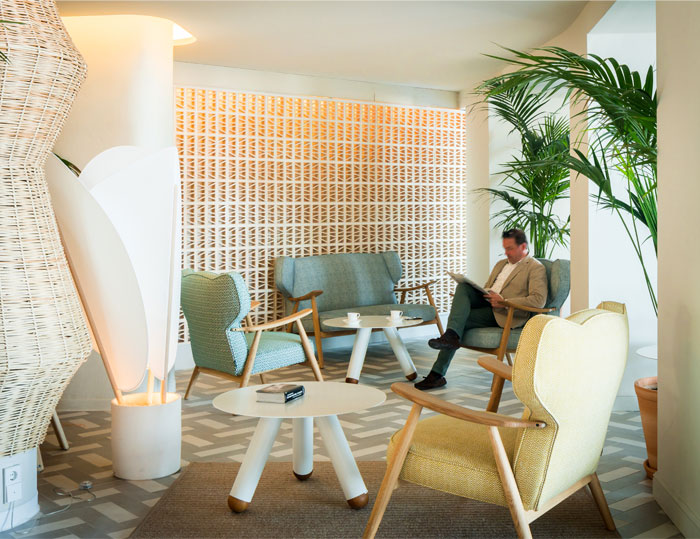 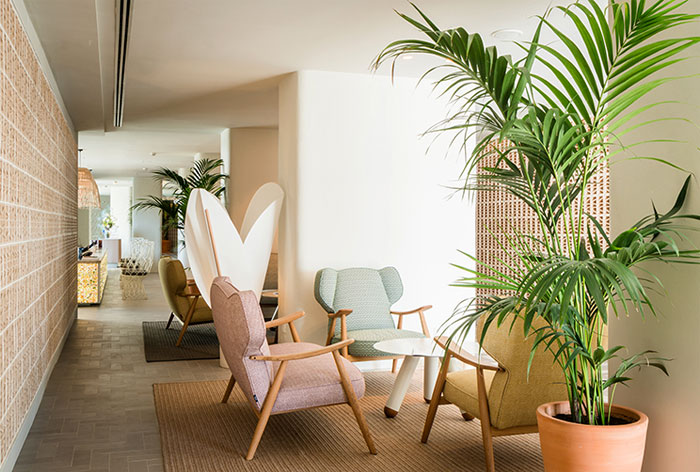 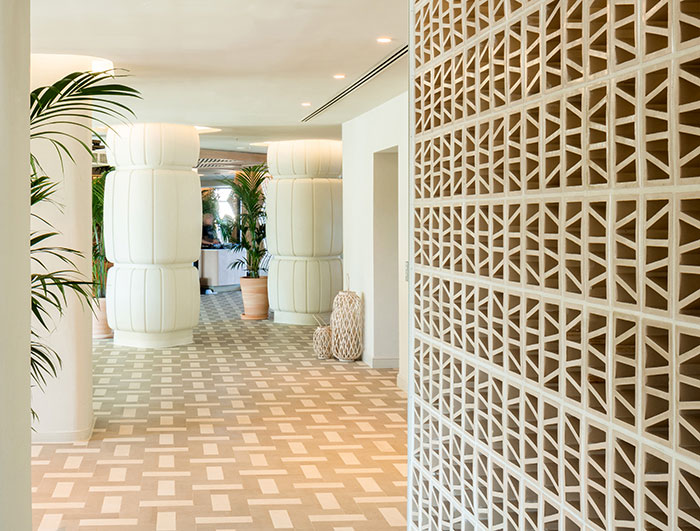 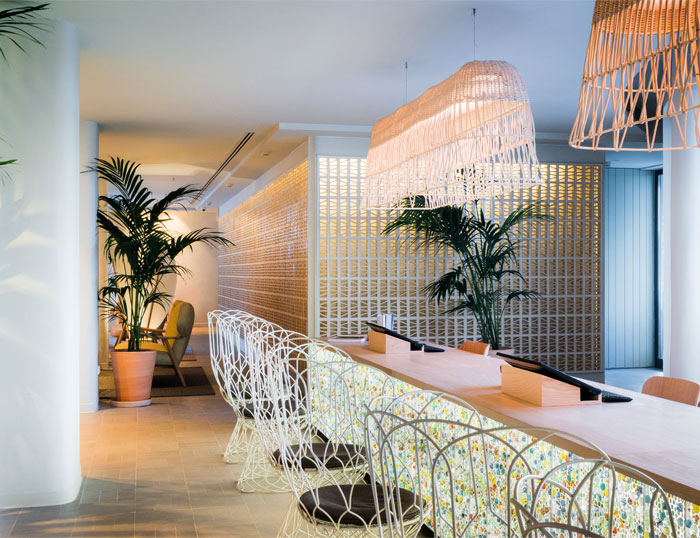 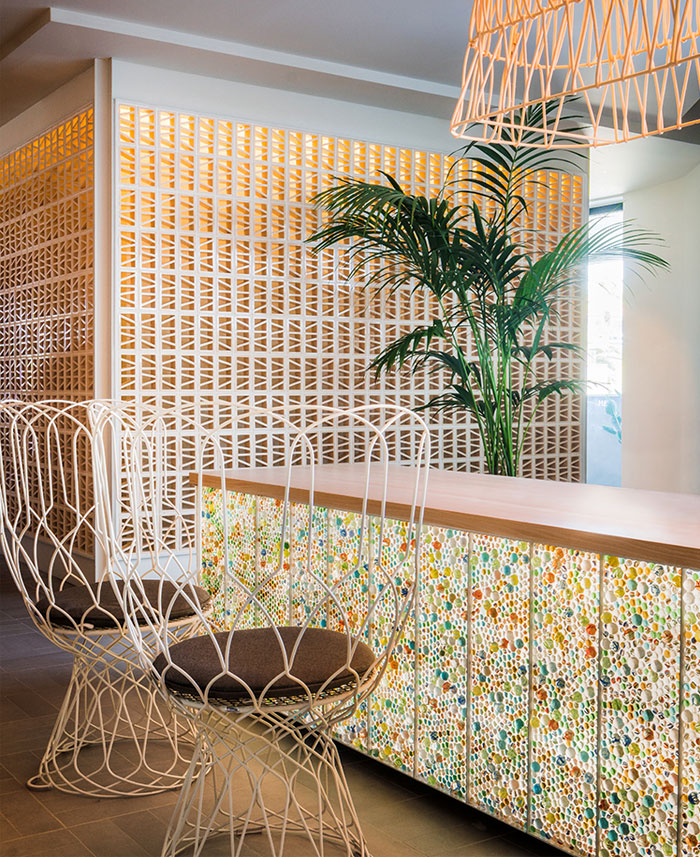 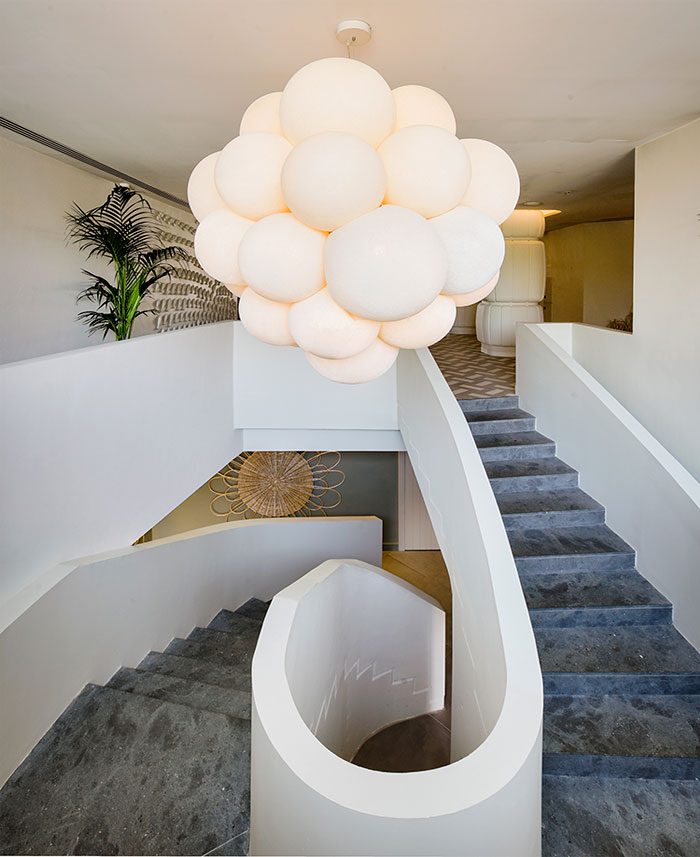 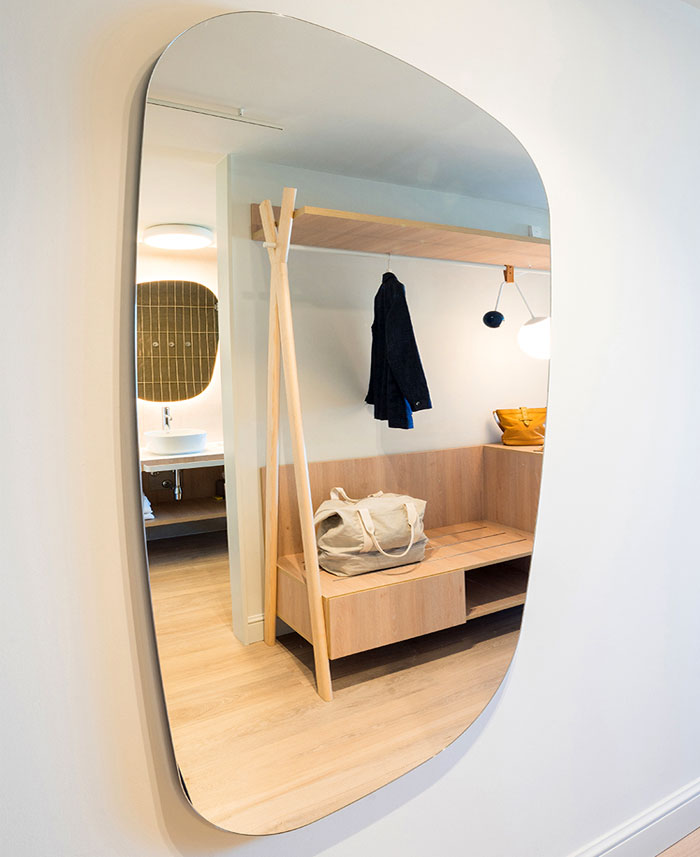 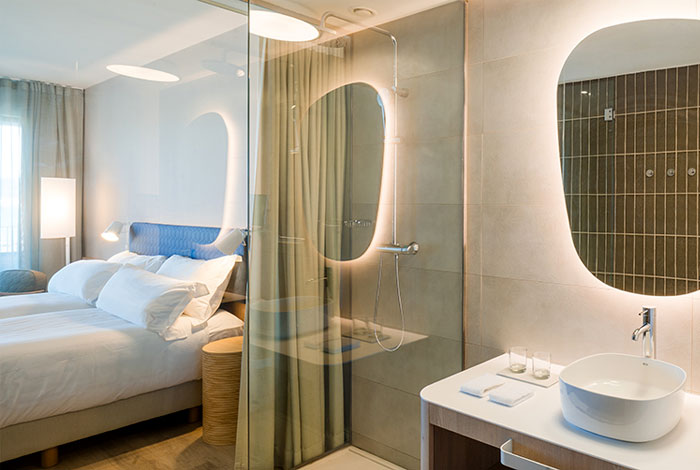 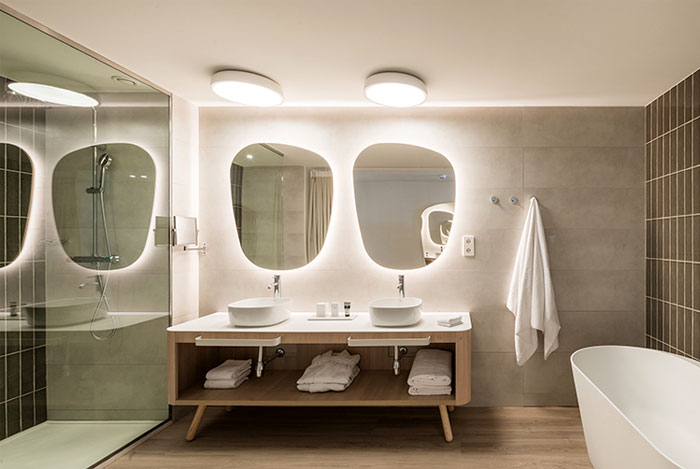 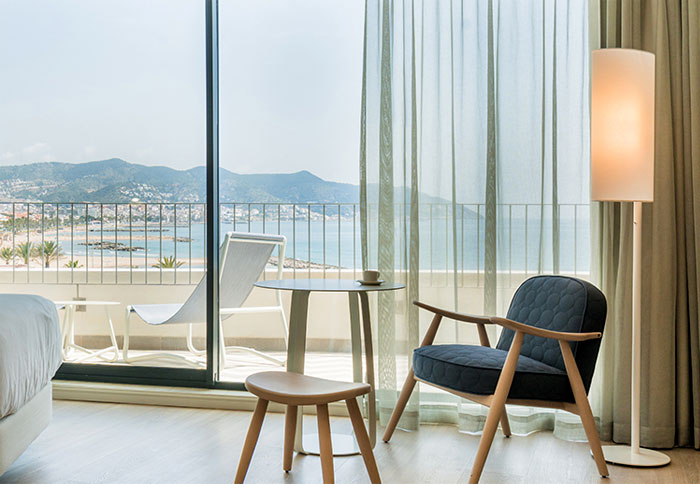 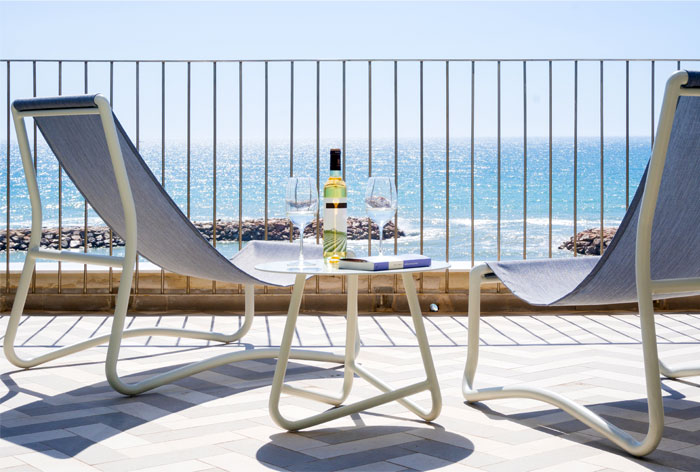 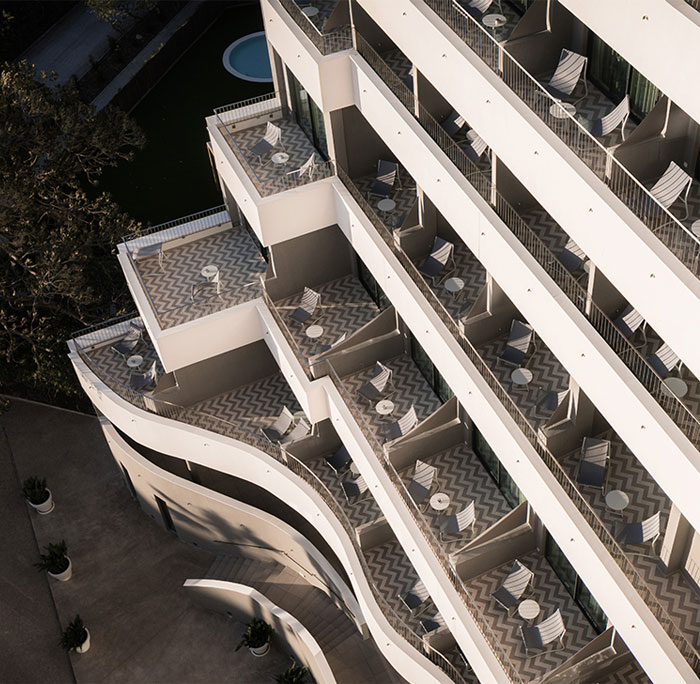 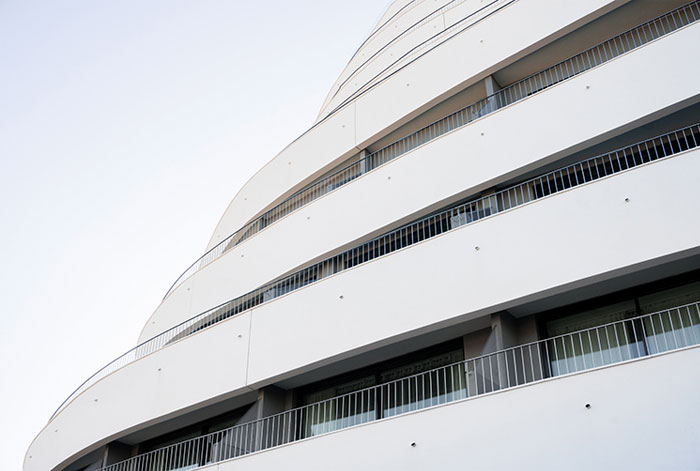