Fluting and reeding are among architecture’s oldest surface embellishments. The Greeks and most who followed treated these motifs as linear elements applied to columns, pilasters, and walls. GRT Architects had the opportunity to rethink this relationship when designing a family of cast concrete tiles for KAZA Concrete, which in fact is the studio’s first product design. 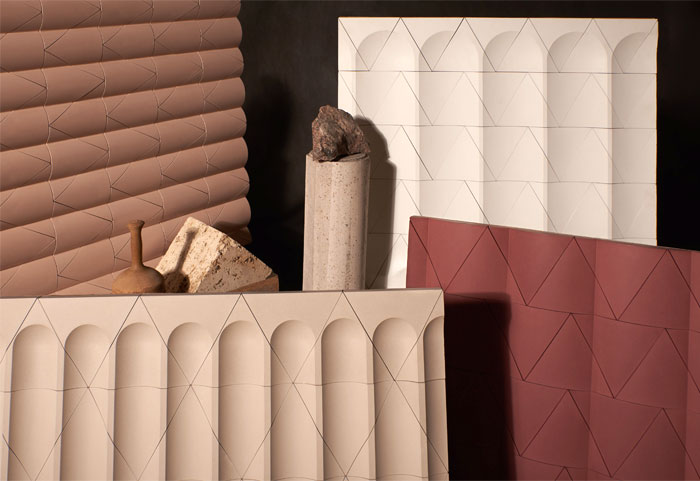 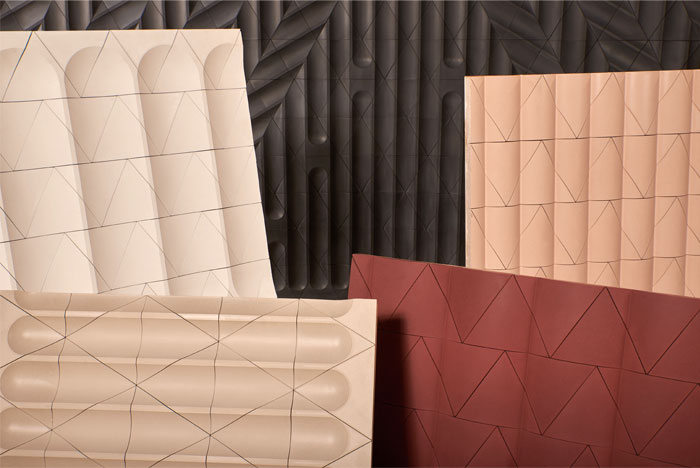 “We think every architect secretly wants to be making furniture and objects. There is an immediacy to design on a small scale that just does not exist working on even the smallest architectural projects; there is a great sense of not being in control.” 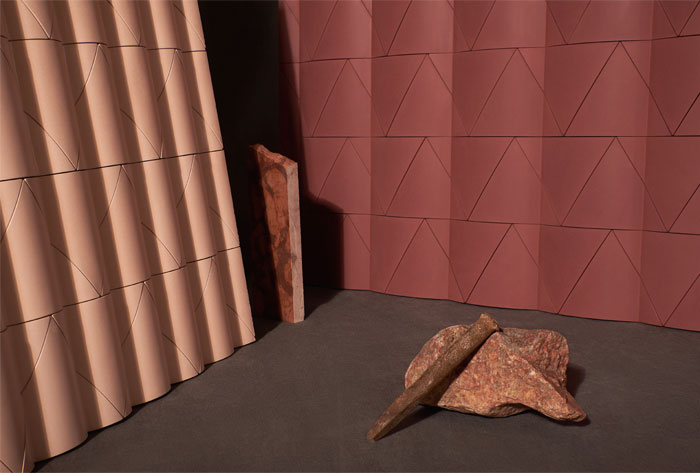 The inspiration to reach back to ancient Greek architecture came from its continuing legibility. “Greek columns can be thought of as modules or tiles in a way. Their proportions have fixed rules, there are options for surface embellishments, base, and top details. From that small set of instructions comes literally centuries of architecture – from the most austere to playful acts of virtuosity. This seemed like a good starting point to design a suite of tiles. The ‘Flutes and Reeds’ family includes four individual designs: Single Flute, Triple Flute, Single Reed and Double Reed. 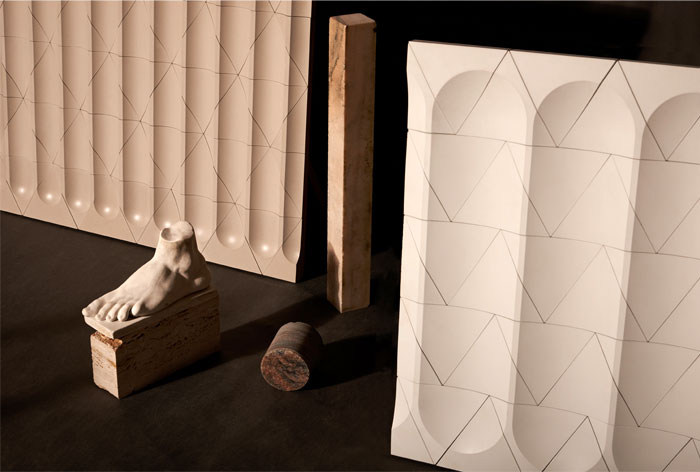 We proposed a triangular tile to afford design possibilities by ‘clocking’ tiles in one hundred twenty degree increments and for the different grid arrangements they produce. Each triangle is, in effect, a slice of a ‘normal’ fluted or reeded column. When arranged in a well-behaved fashion they form a surface that would look familiar to the Greeks, overlaid with a subtle, triangular matrix. 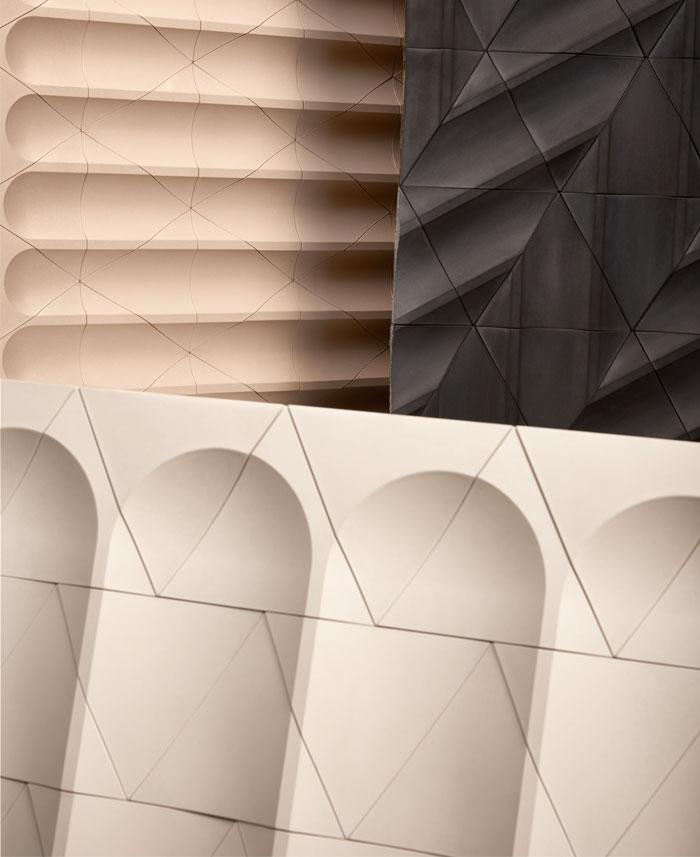 However, a number of unique patterns emerge when tiles are rotated. One of the unexpected results of the triangular grid has been the ability to create patterns that vary from Western Classical motifs to arrangements that harken back to Meso-American pattern-making and various unknowns in between. We are excited by the balance of visual complexity and familiarity and by the knowledge that there are surely combinations we have yet to discover. “ 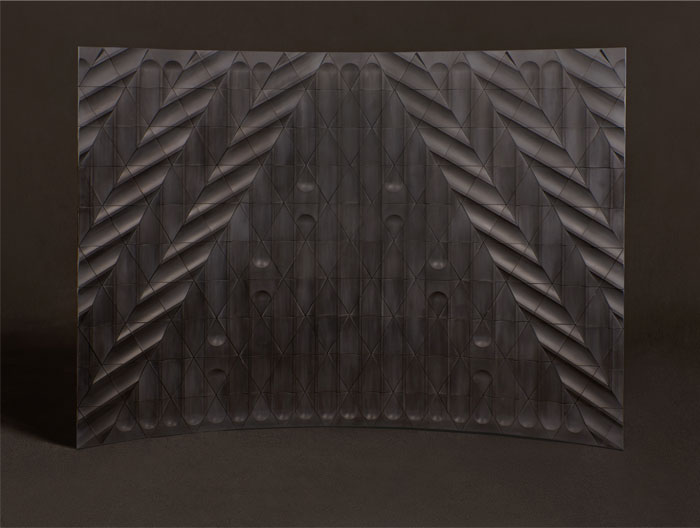 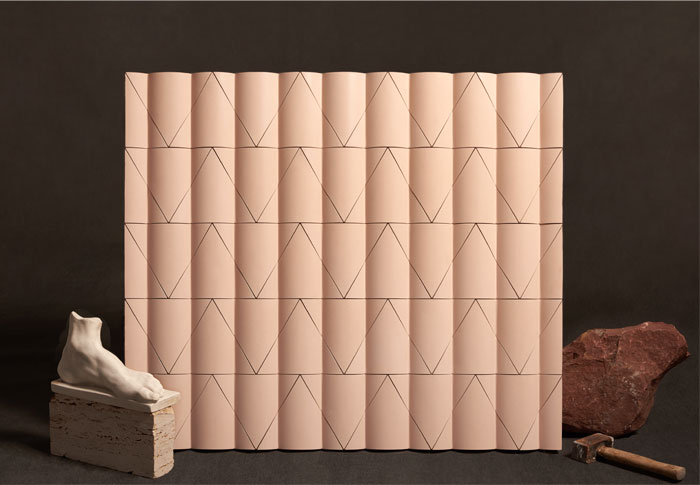 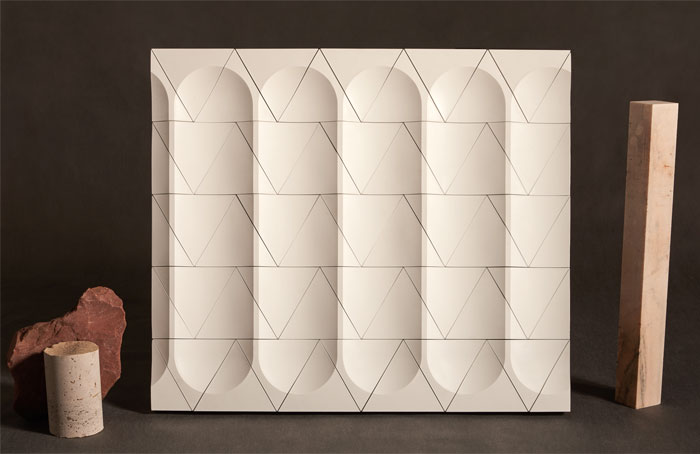 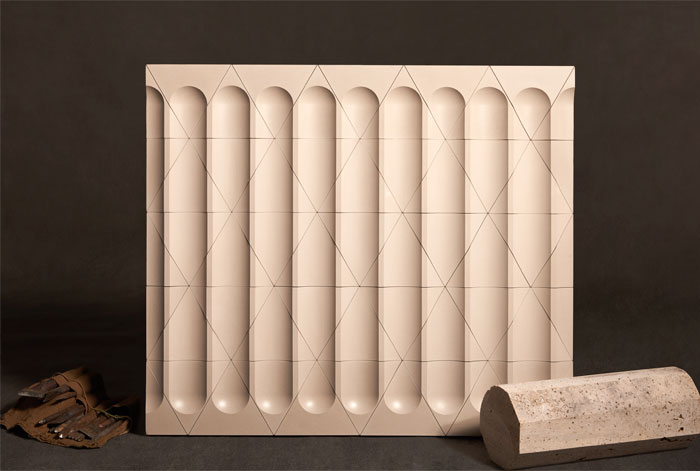 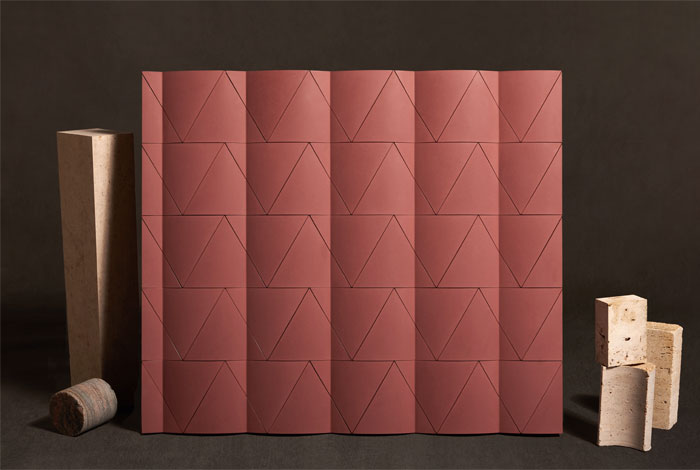