A bistro specialized in Italian lasagne is situated in Korunní street, at the district Královské Vinohrady, Prague, Czech Republic. The former grocery store redesigned by mar.s architects is characterized by its large display windows and light interior. Each part of lasagne is prepared directly in the bistro, either in the kitchen which is linked to the place with a large opening or on the counter in the restaurant, which constitutes the central element of the bistro. 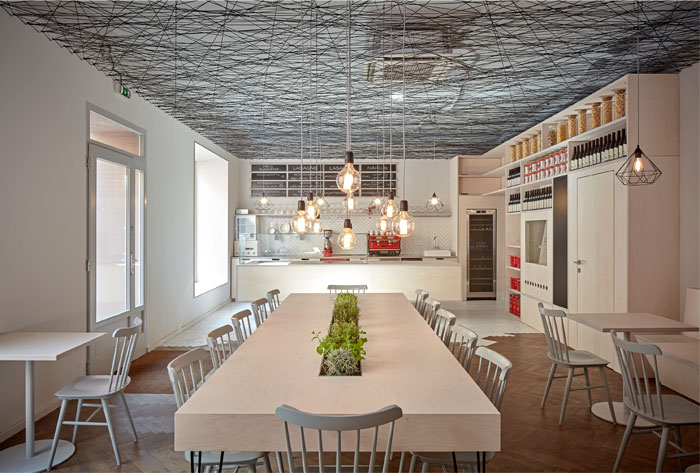 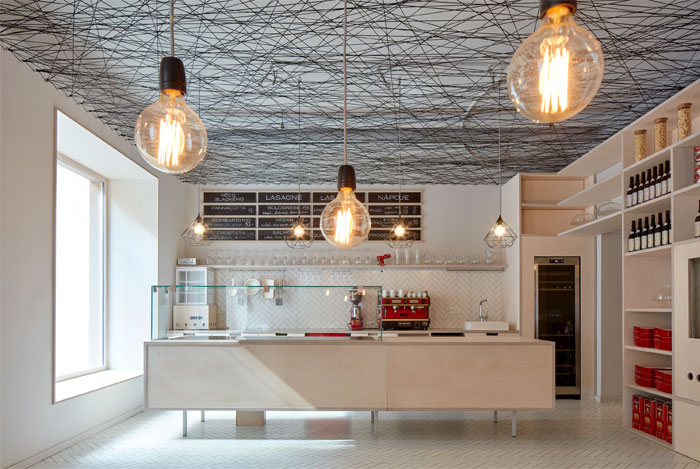 There are two horizontals – the floor and the ceiling – which are crucial parts of the visual design of the interior. The floor is combined of oak parquets, stained in dark shade and composed in the standard tree structure; and white tiling and pavement of the same dimensions, which is interlocked in the wood floor and it pass into heavily used parts of the bistro, including the wall behind the counter. 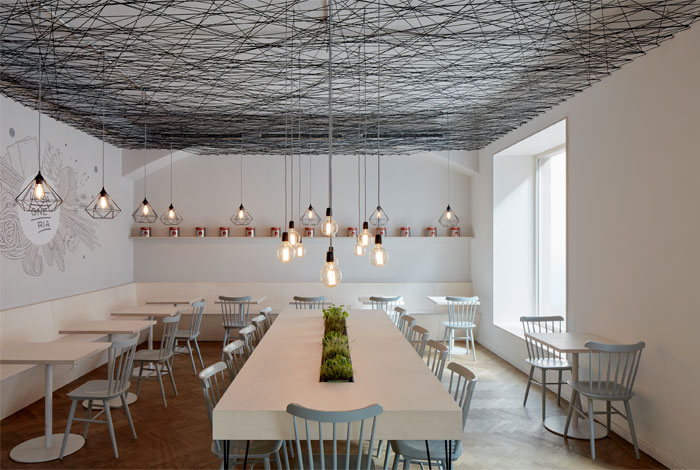 Under the ceiling, there is a semi-transparent suspended ceiling made of a few kilometers of black string, which forms an irregular web. Between both of the significant planes, there is atypical furniture made of light-stained plywood. The whole interior is furnished with Edison bulbs and topical graphic by molokowall studio.  Graphic design: oh deer; Photography by BoysPlayNice 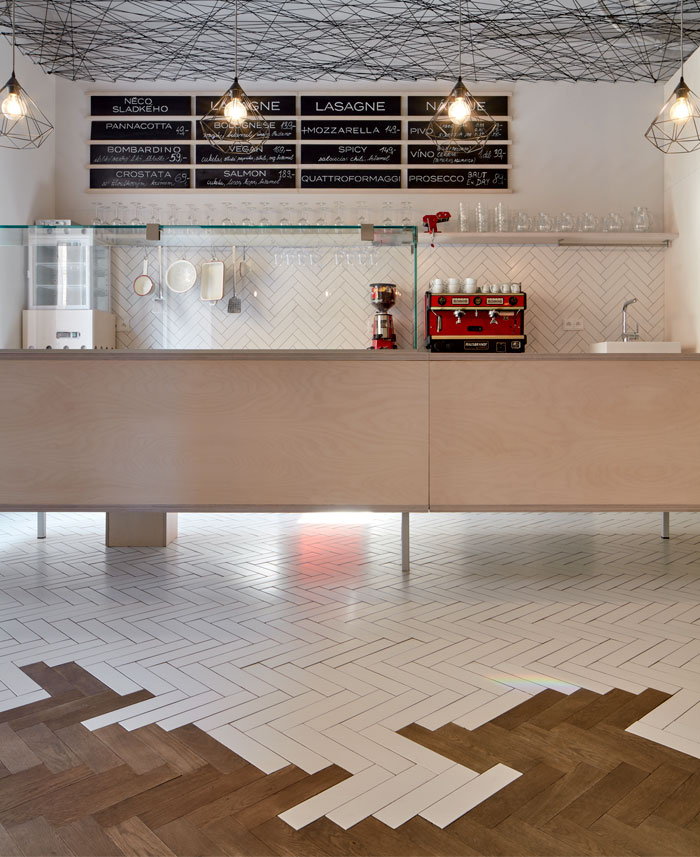 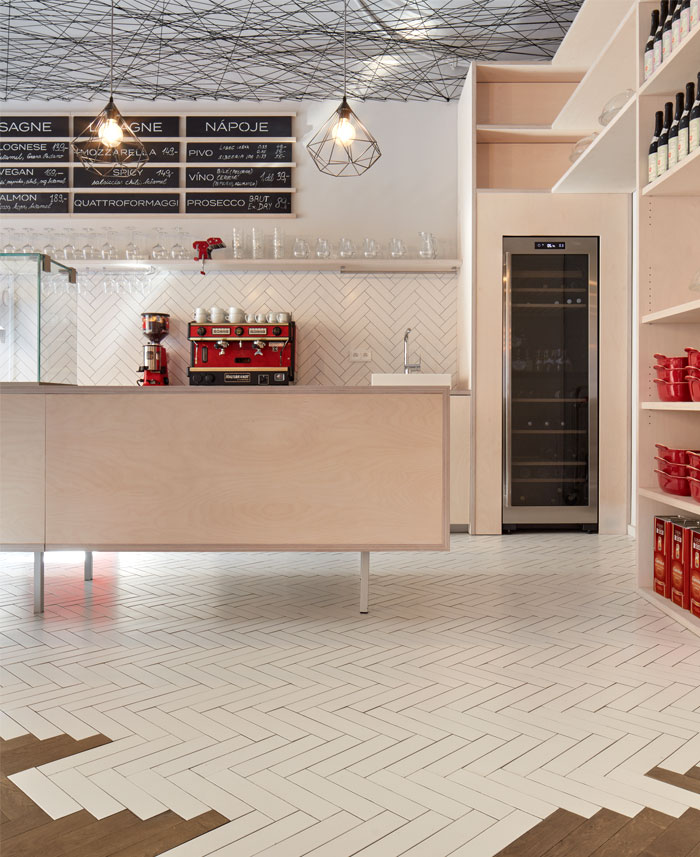 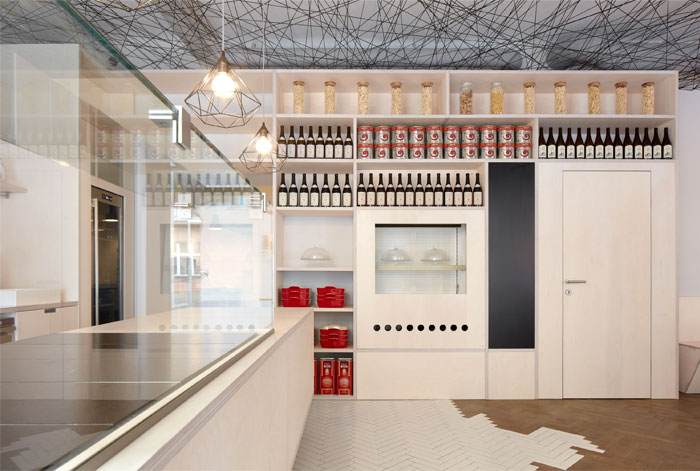 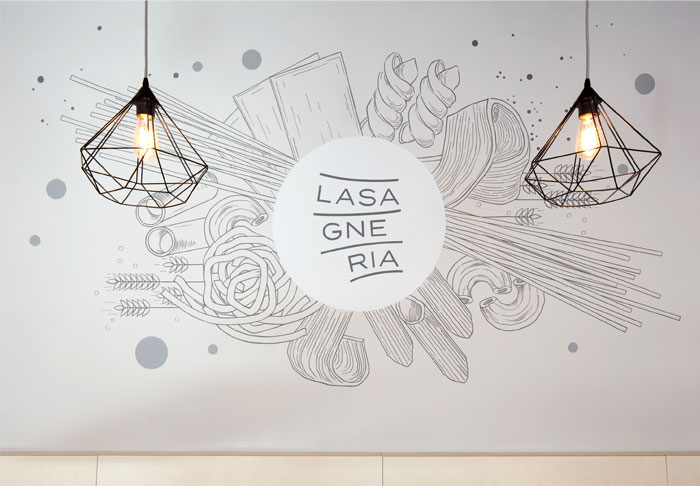 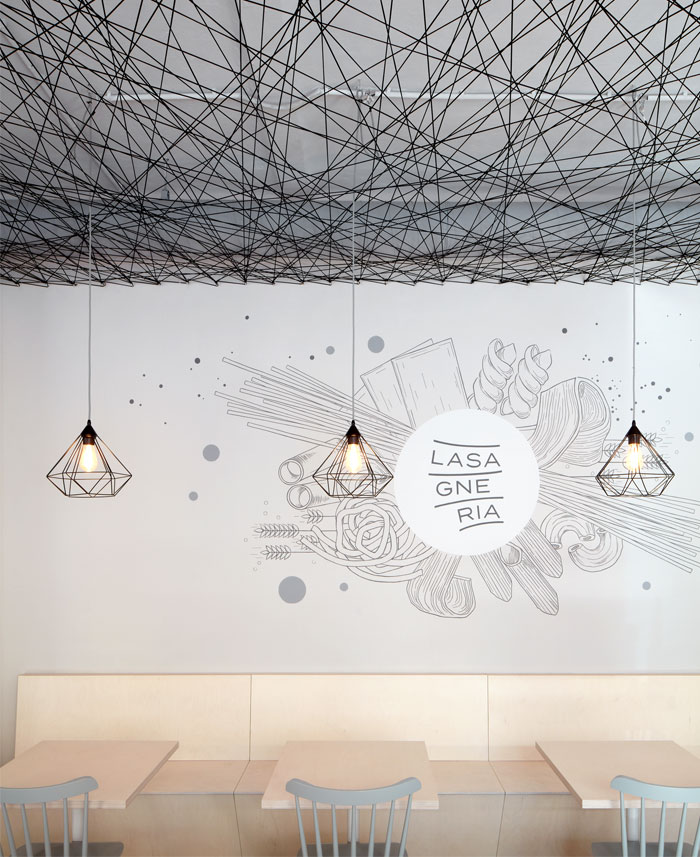 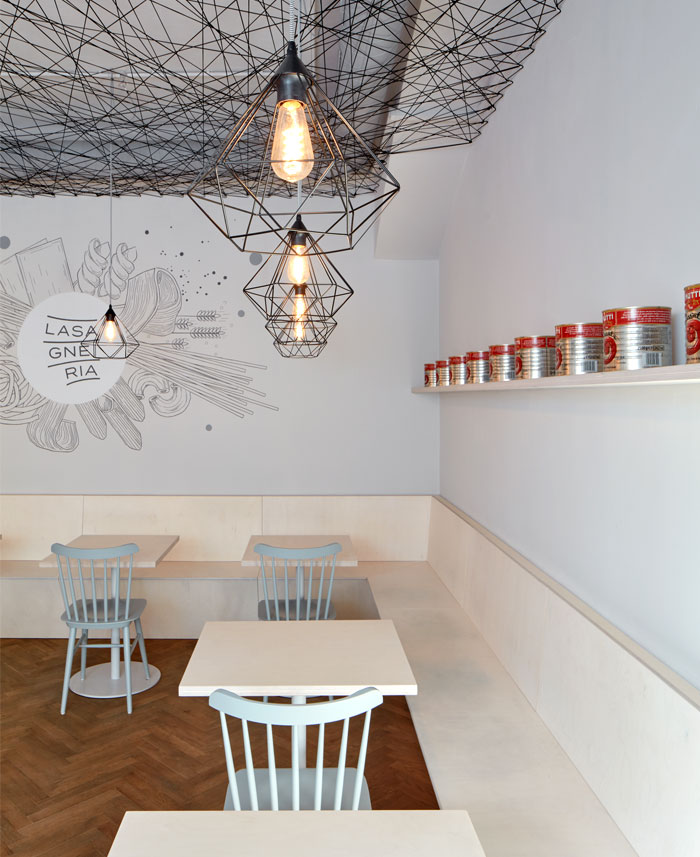 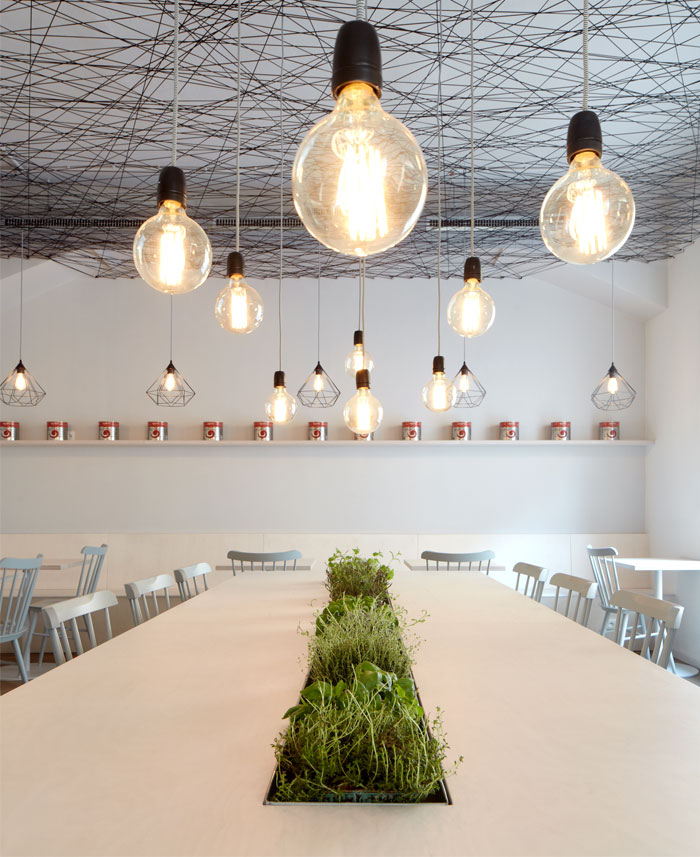 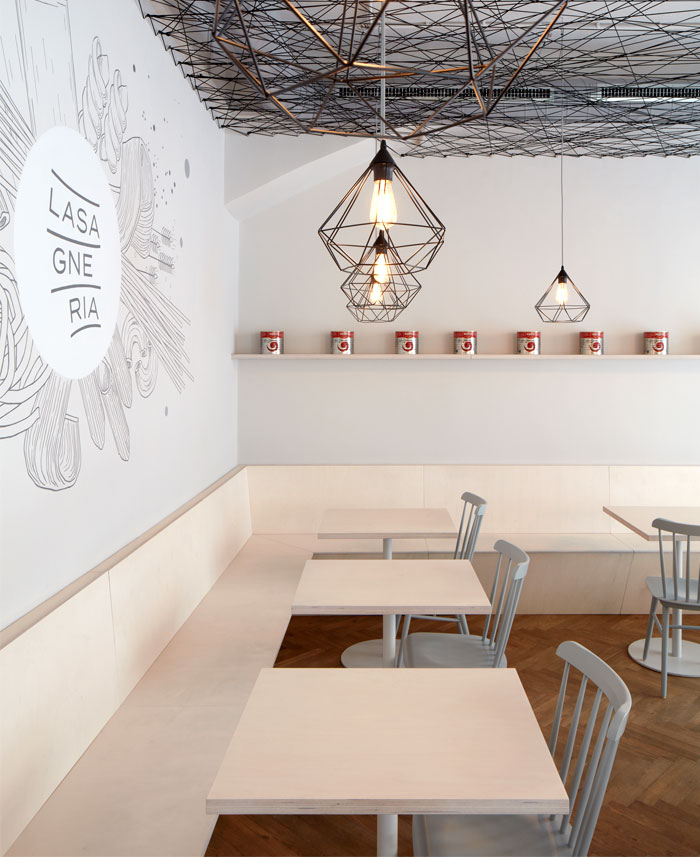