What do you do with a heritage listed school facade that you have to restore in the original state with the authentic window division? Architects from atelier vens vanbelle have managed to build house harmonious unity with the 19th-century facade. 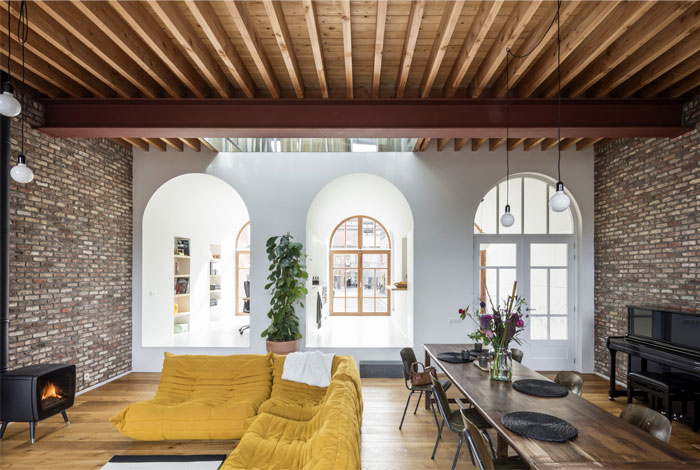 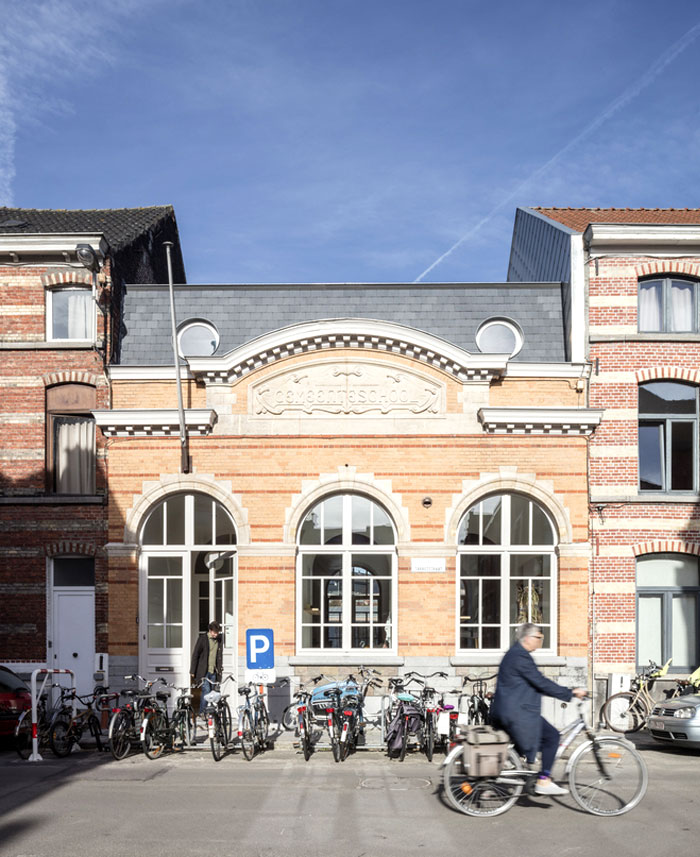 When Stijn and Annemie bought the listed school facade with the vacant piece of land behind, they were already the fourth owners in a row. The other buyers hadn’t found a proper solution to build a contemporary house behind this facade. 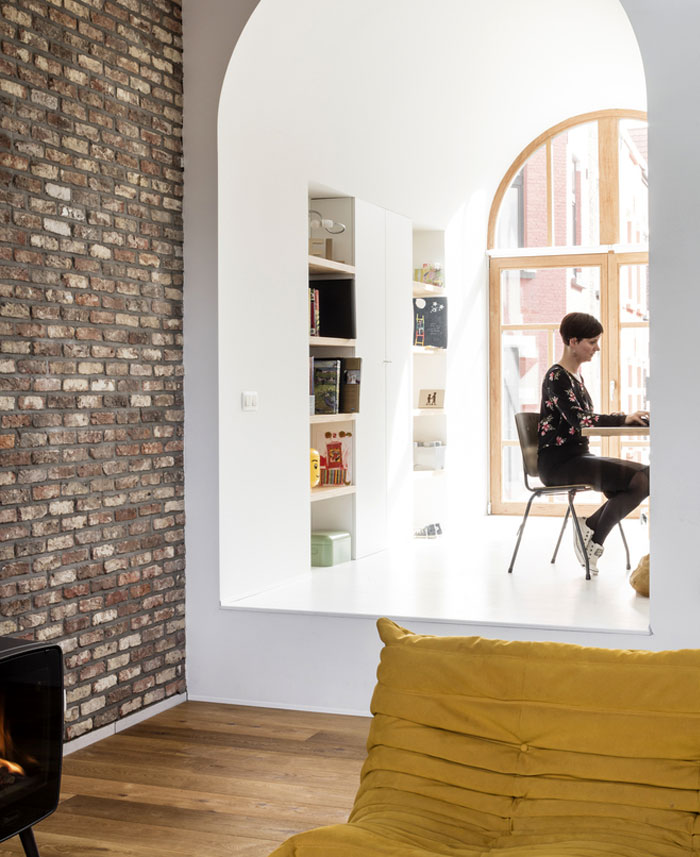 The facade was beautiful but extremely difficult at the same time because it does not have the proportions of an ordinary home. The windows are not only huge, but they are also quite high on the street. 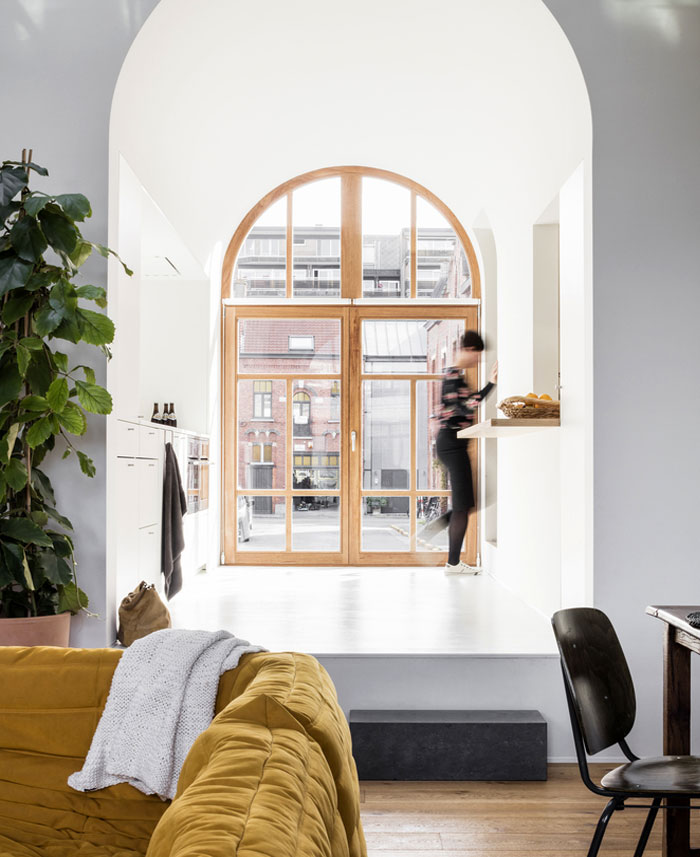 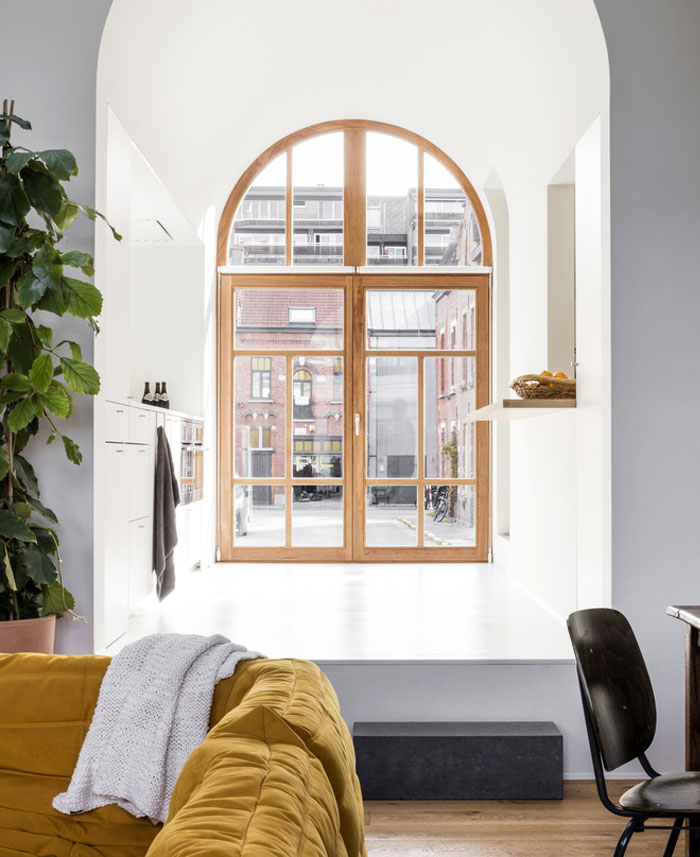 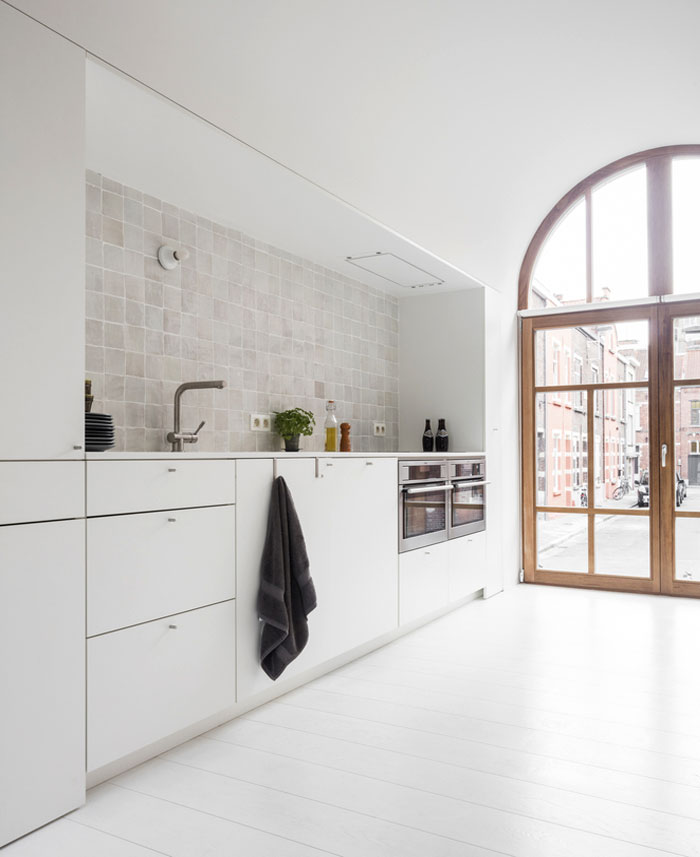 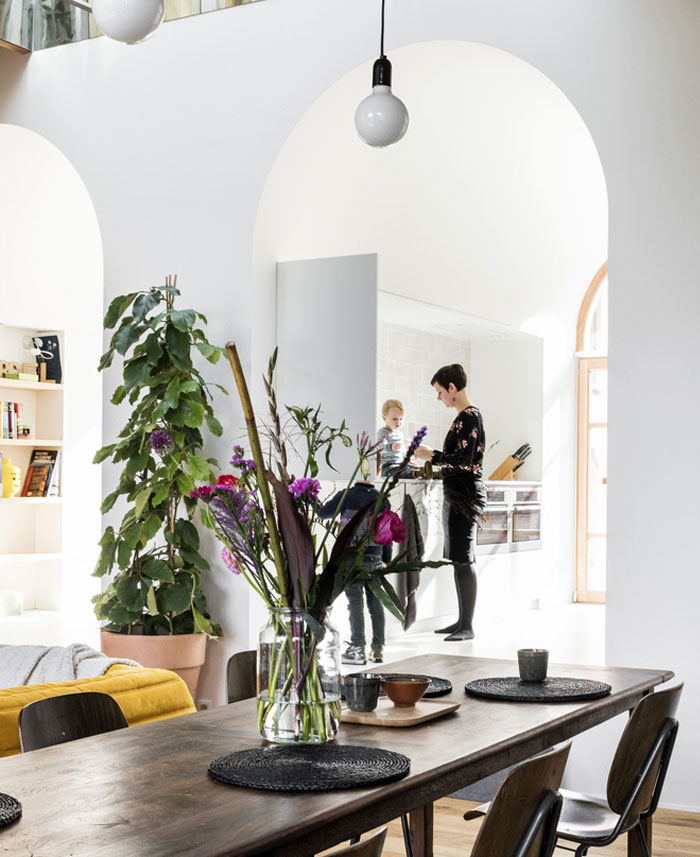 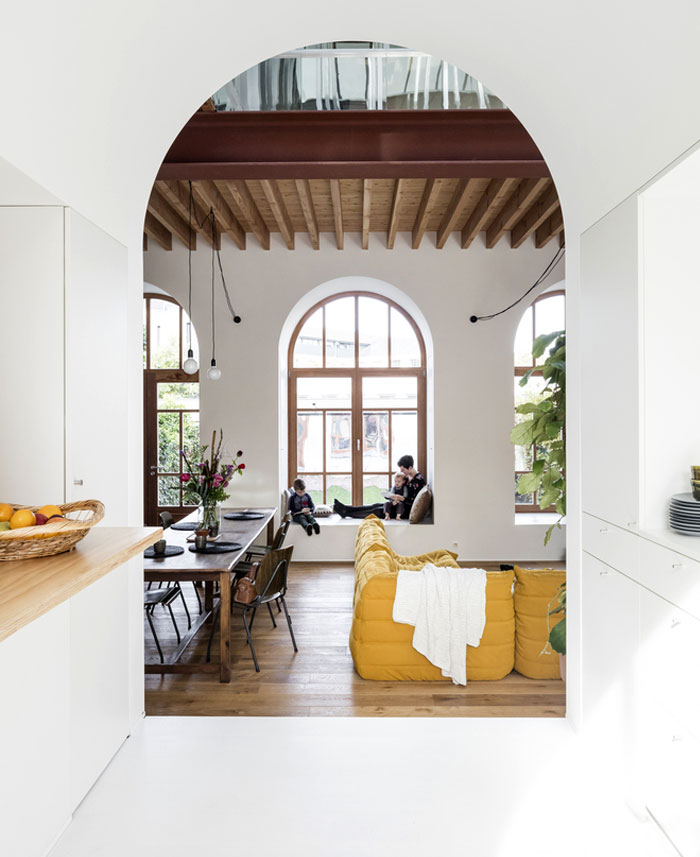 The spaces of the extruded windows were kept abstract white, while in the living space a more cozy atmosphere was created. In addition to the two brick walls, there are the wooden oak floor, the wooden beams of the ceiling and the industrial beam.

The house is built with a logical route in mind: when the inhabitants get up in the morning, they first pass the bathroom, then go downstairs through the stairs in the kitchen for breakfast. The result is an airy and logical house, just like the concept of this new building that forms a harmonious unity with the 19th-century facade. 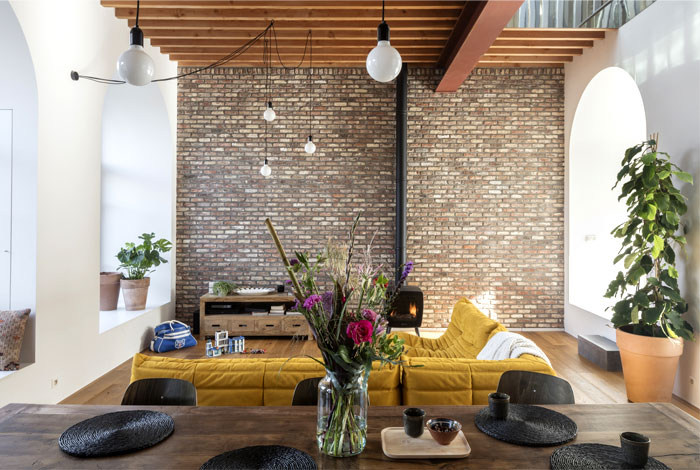 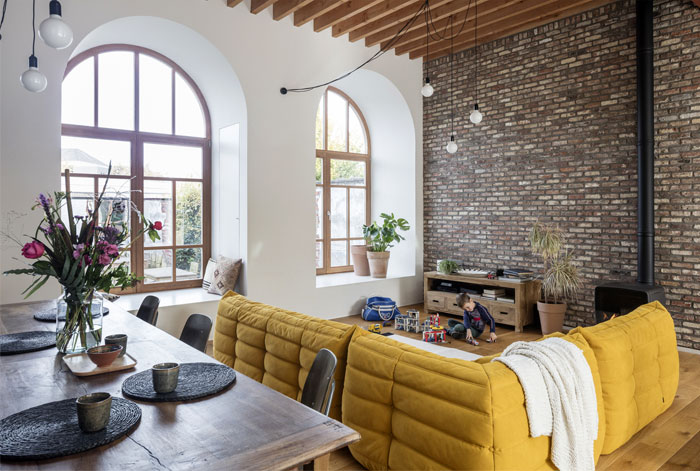 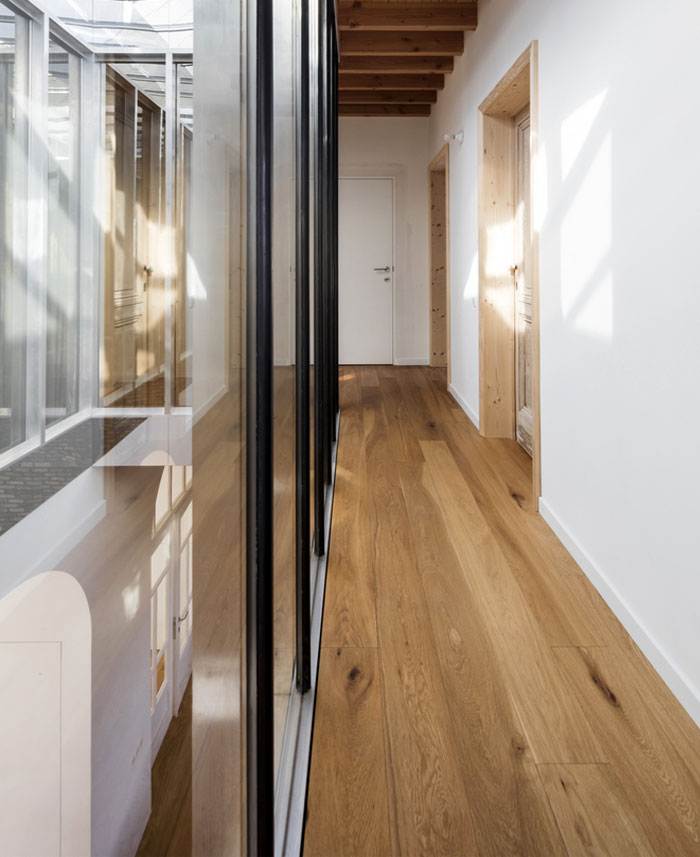 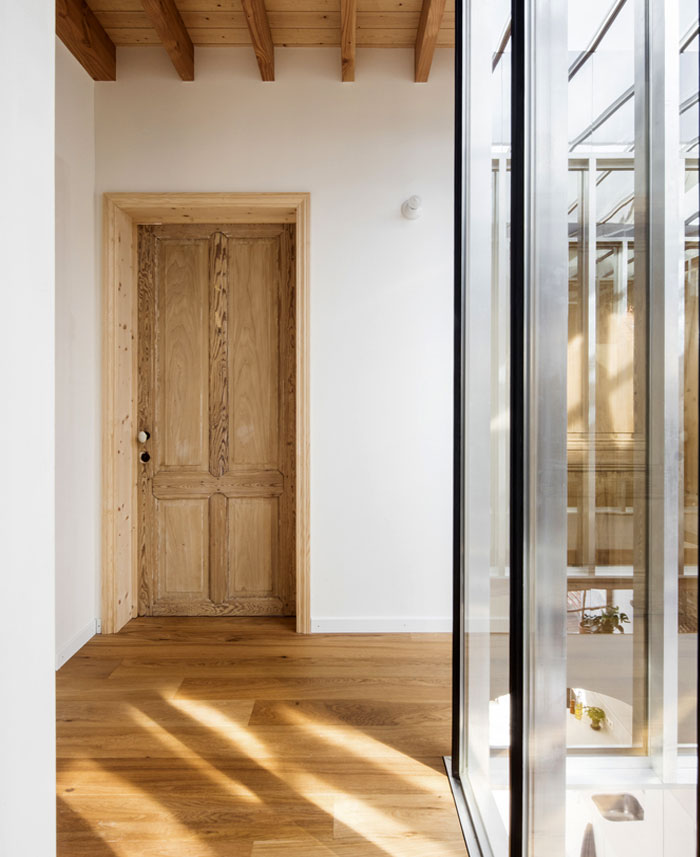 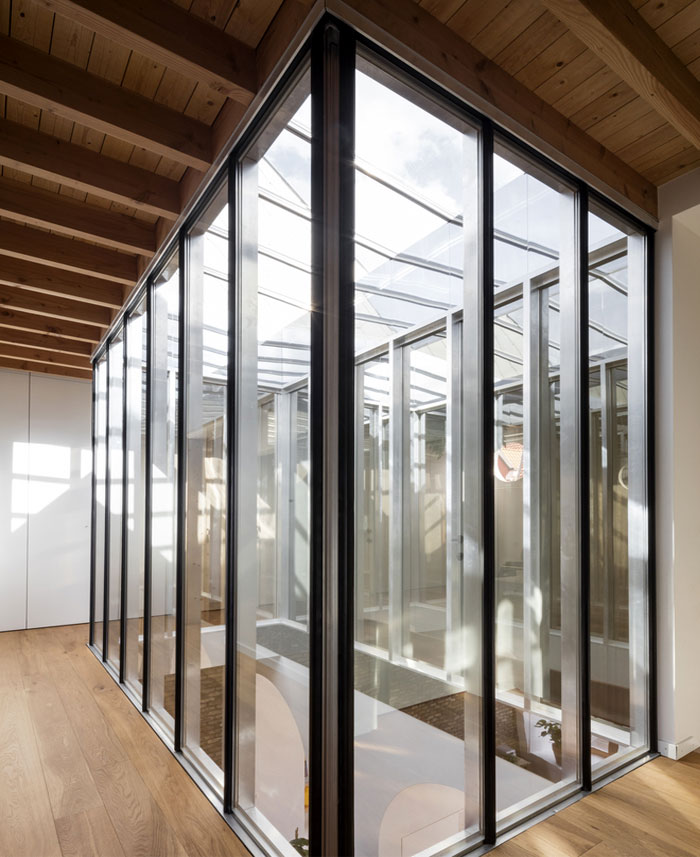 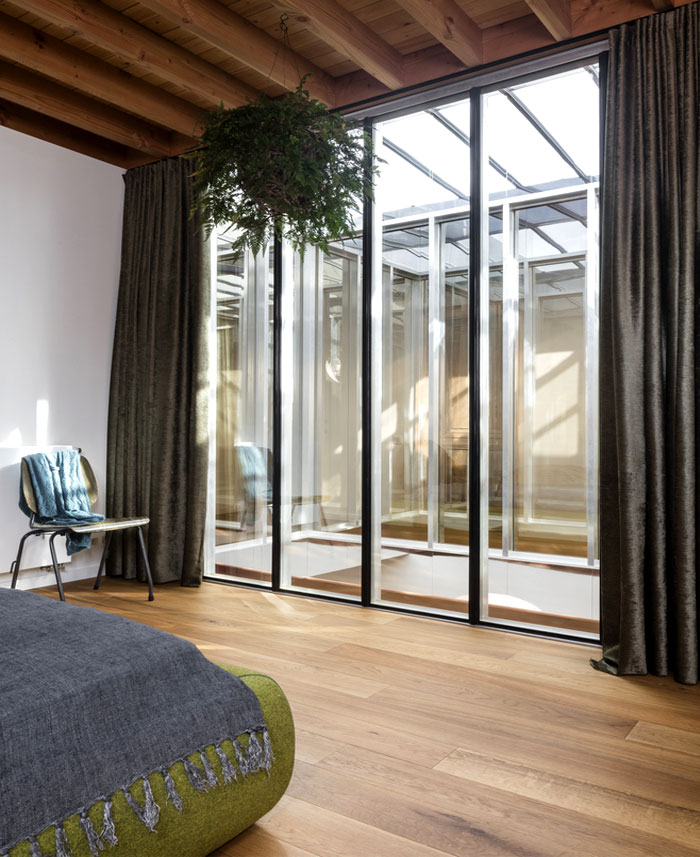 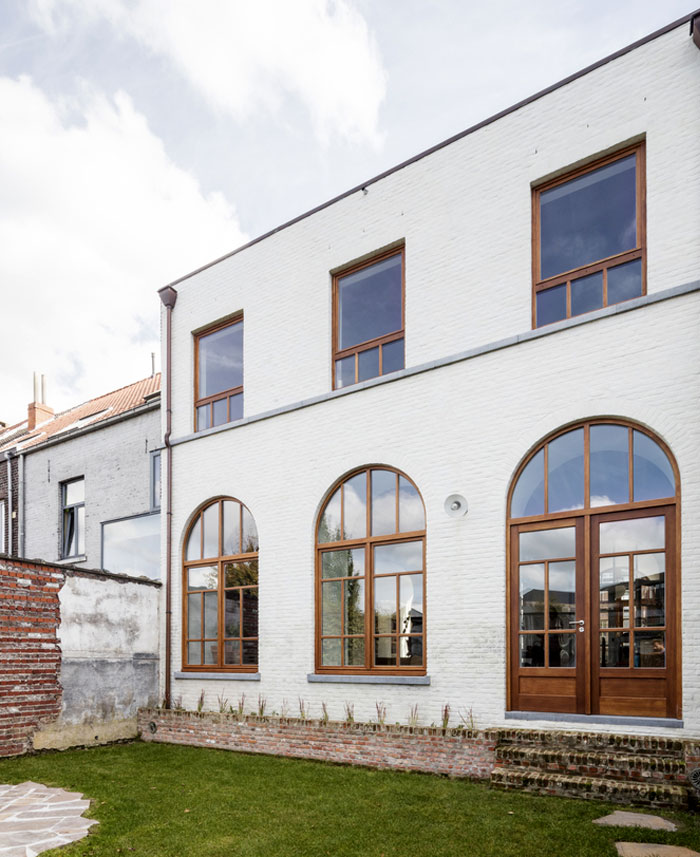