The owners of this apartment were ready for experiments. Zooi studio offered the concept of the interior and customers immediately agreed with all the solutions of designers. Further work became even more interesting and inspired the creation of original solutions. Thanks to the combination of two-bedroom and one-bedroom apartments, it turned out into a large space in which designers could fit everything and leave enough freedom. 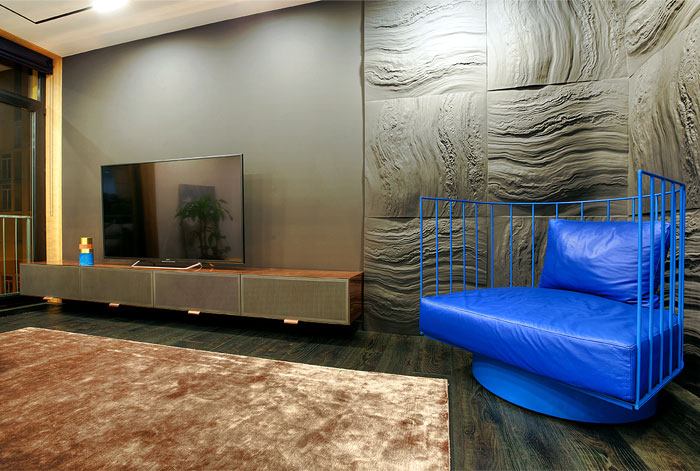 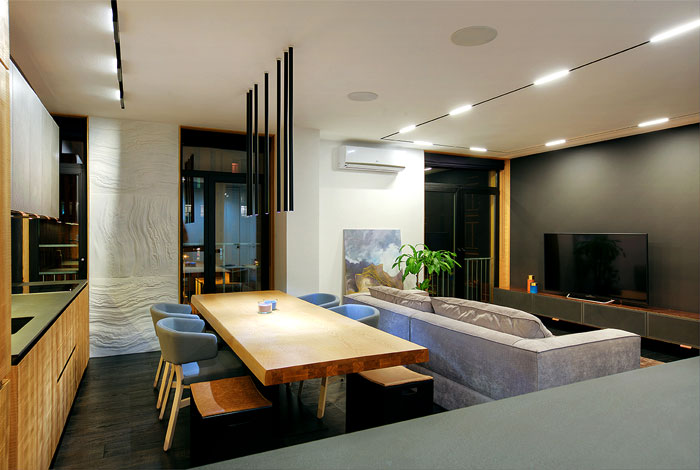 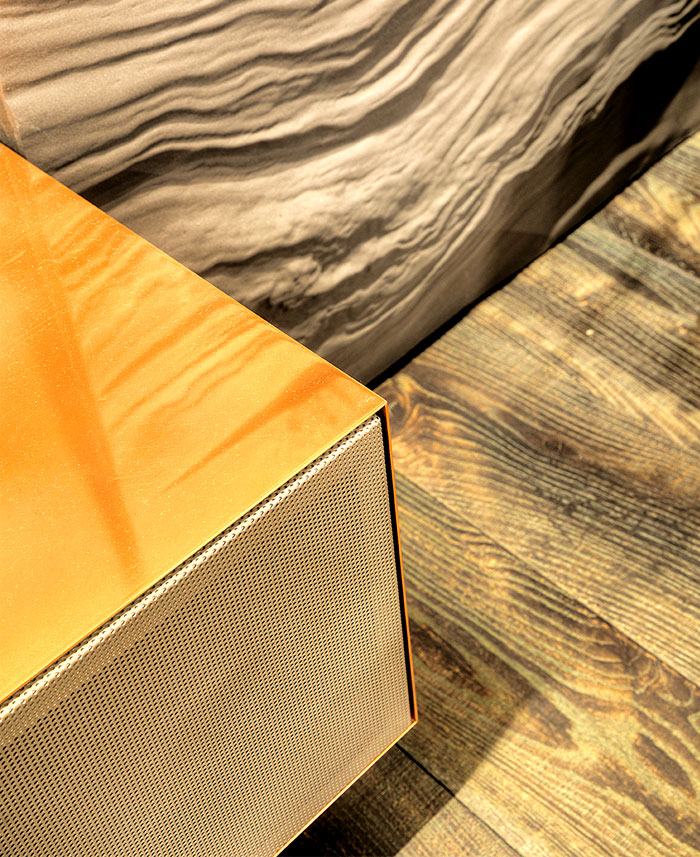 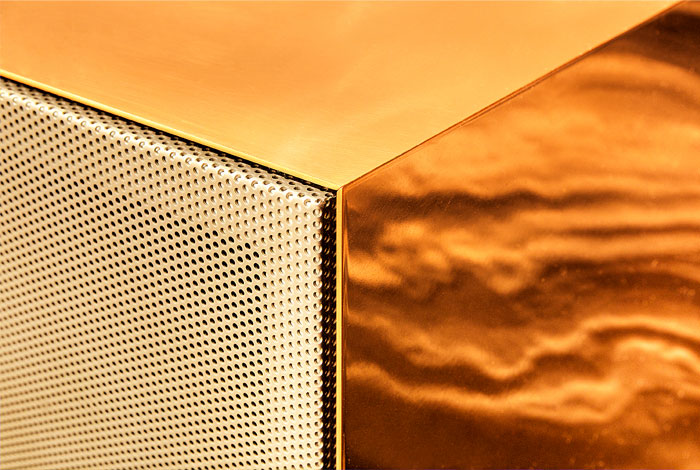 One room has become a master bedroom with a study, a shower room, and a wardrobe. Cabinet and shower are separated from the bedroom by the glass. The dressing room has an opened structure. The second apartment has turned into open space from the kitchen to the living room. The other two rooms are for their children aged 5 and 7; for them, the customers asked to create similar bedrooms in the design. For the active children, designers Pavel Voitov and Maxim Doshchinsky provided stairs on the walls and even on the ceiling. In such an unusual way, they can move from one place to another. 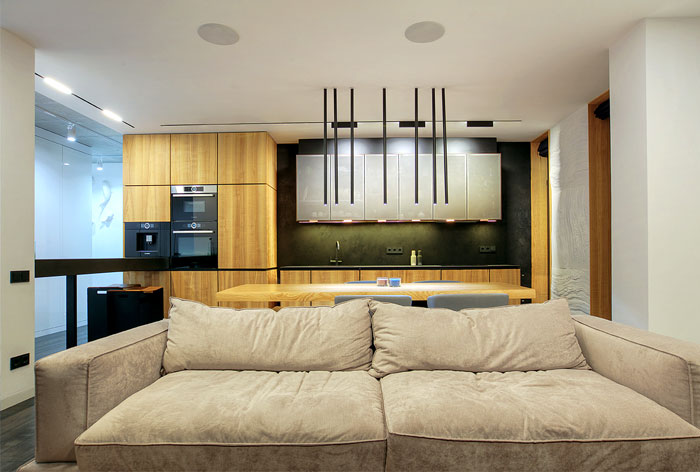 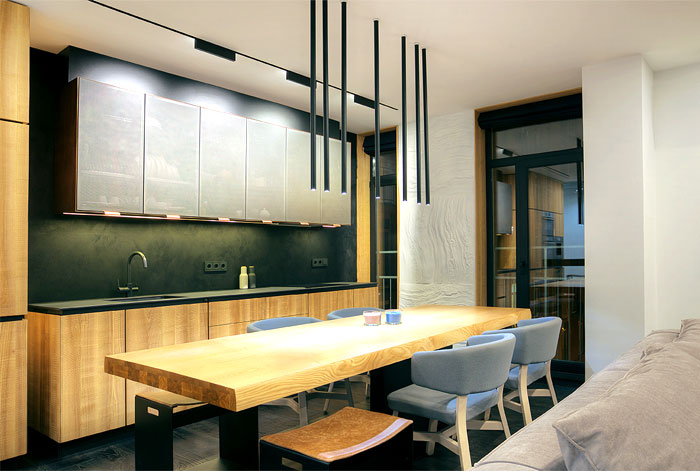 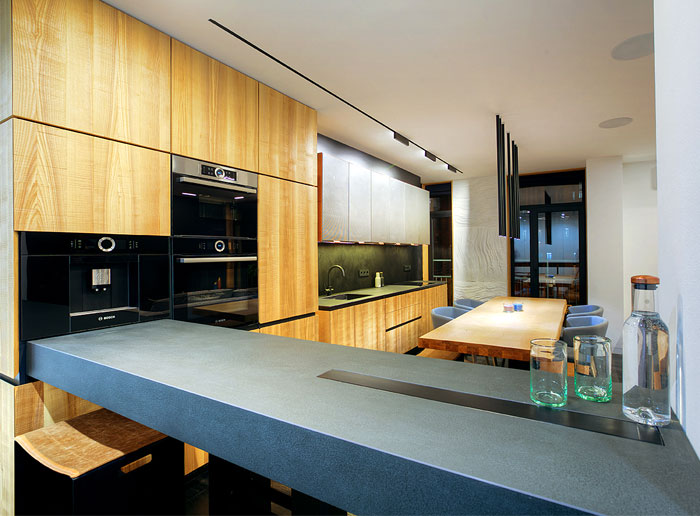 Also, thanks to the unification of the flats and the complete replanning, was found a place for the second guest bathroom and a laundry room. In the interior, there are many author’s works of Zooi studio, as the blue armchair Bird’s Cage, a kitchen cabinet with a copper case, perforated facades and bedside tables. The hosts initially agreed to experiments and exclusive things. For the living room, the designers projected 3D models of the wall panels. Then they selected the material for the realization of this wall decor. 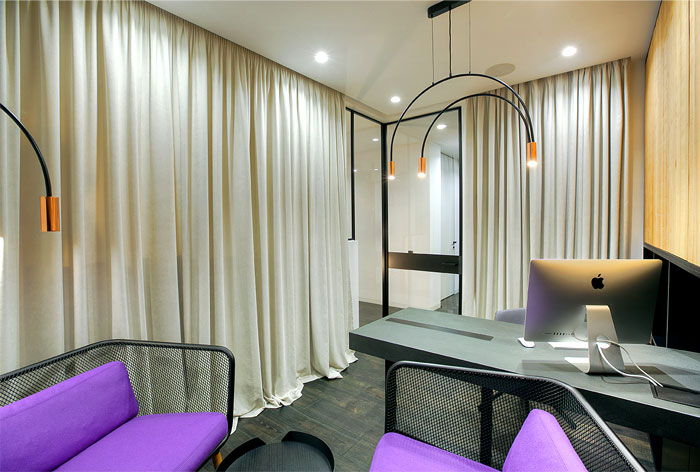 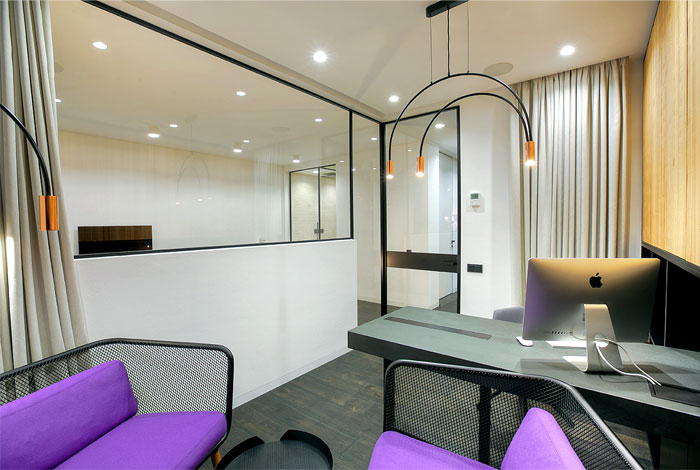 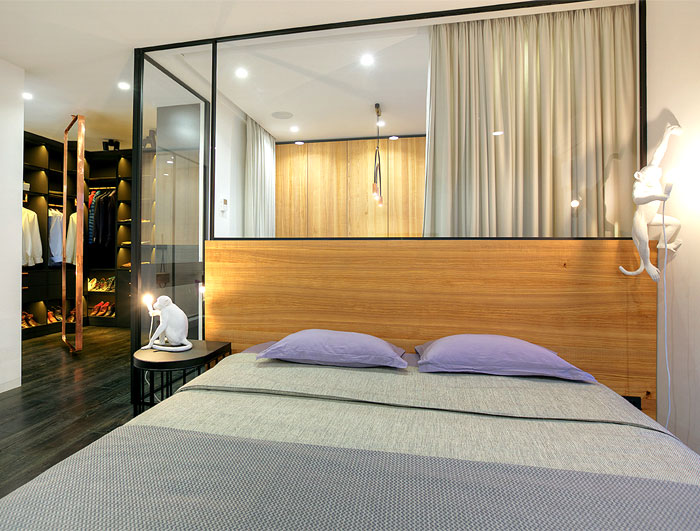 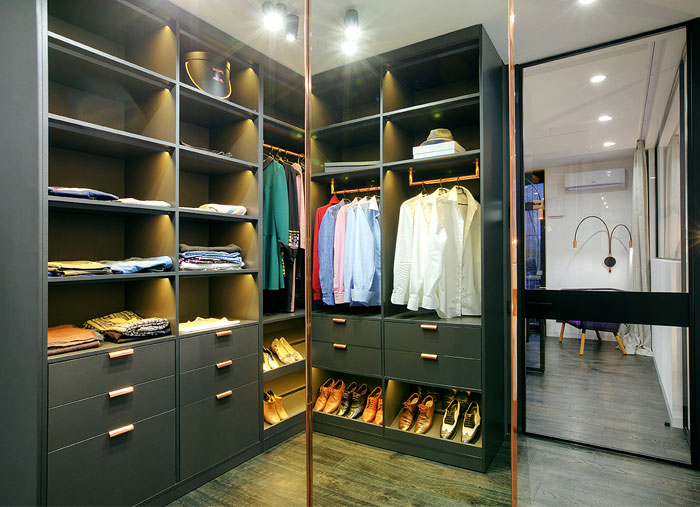 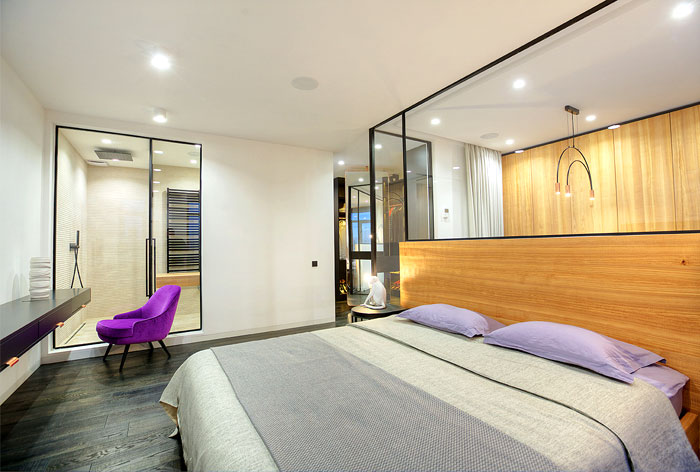 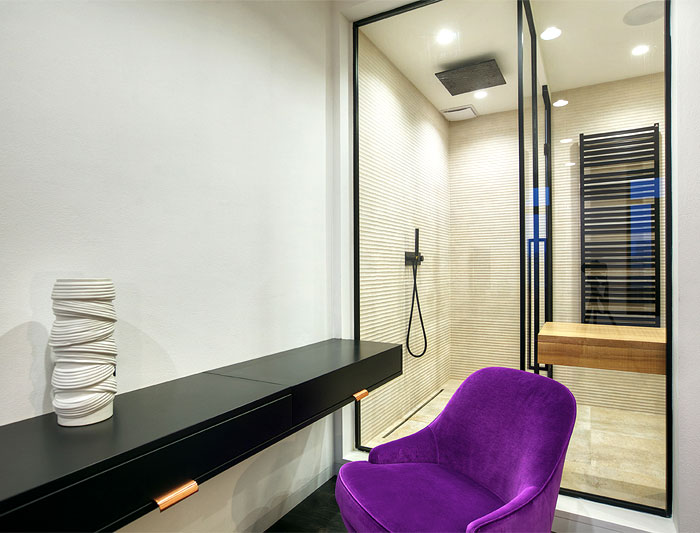 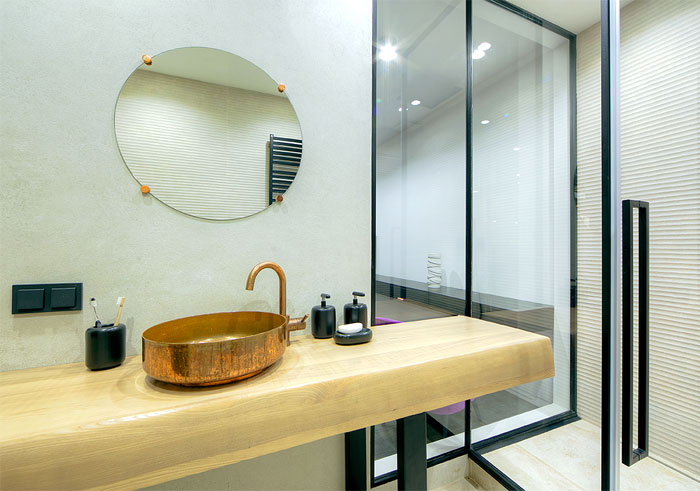 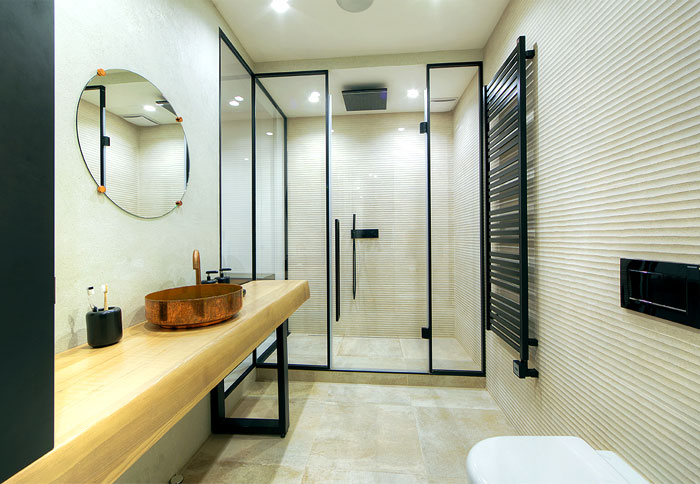 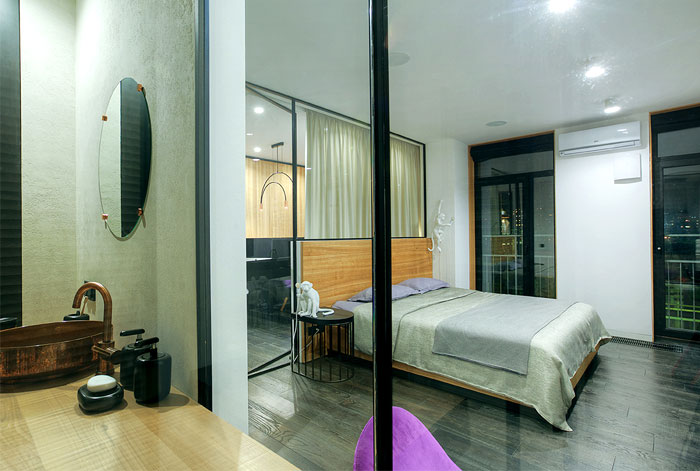 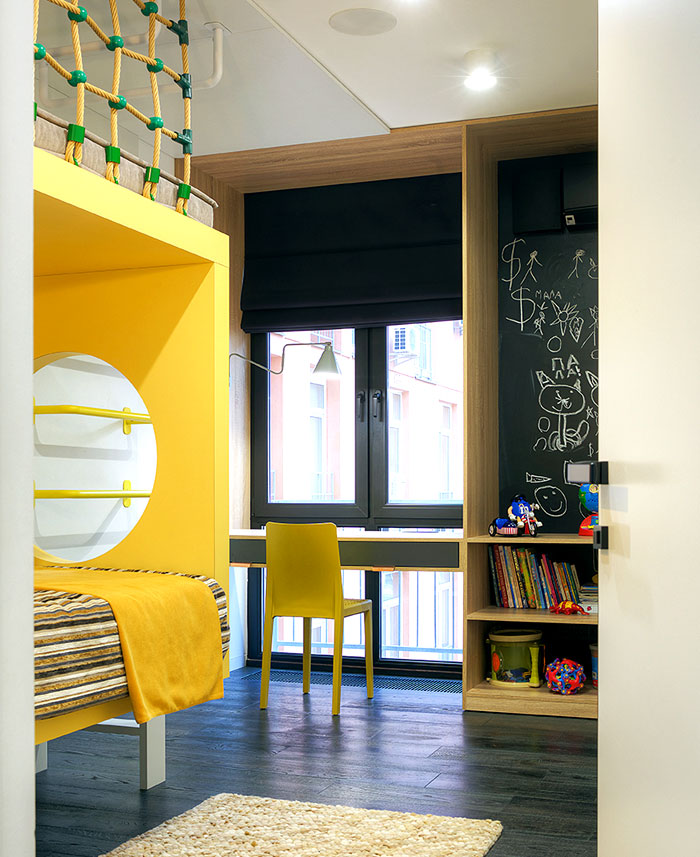 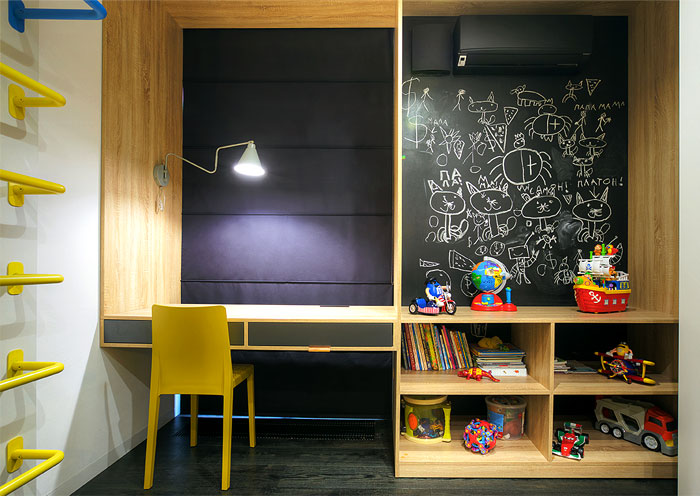 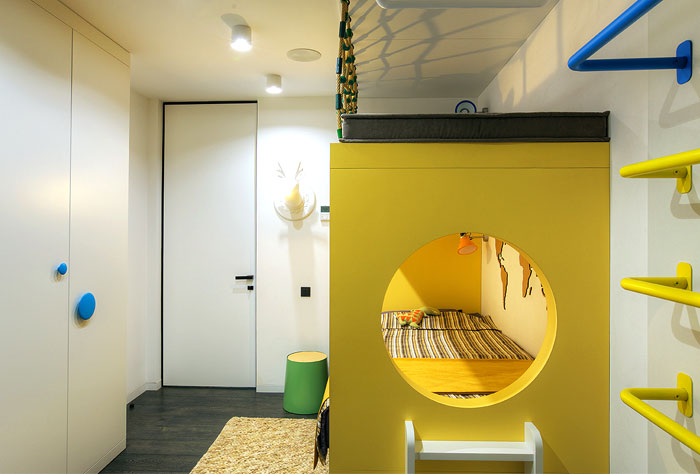 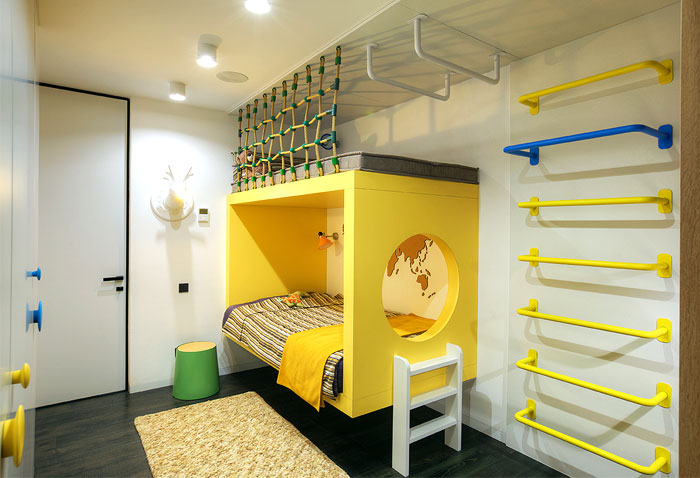 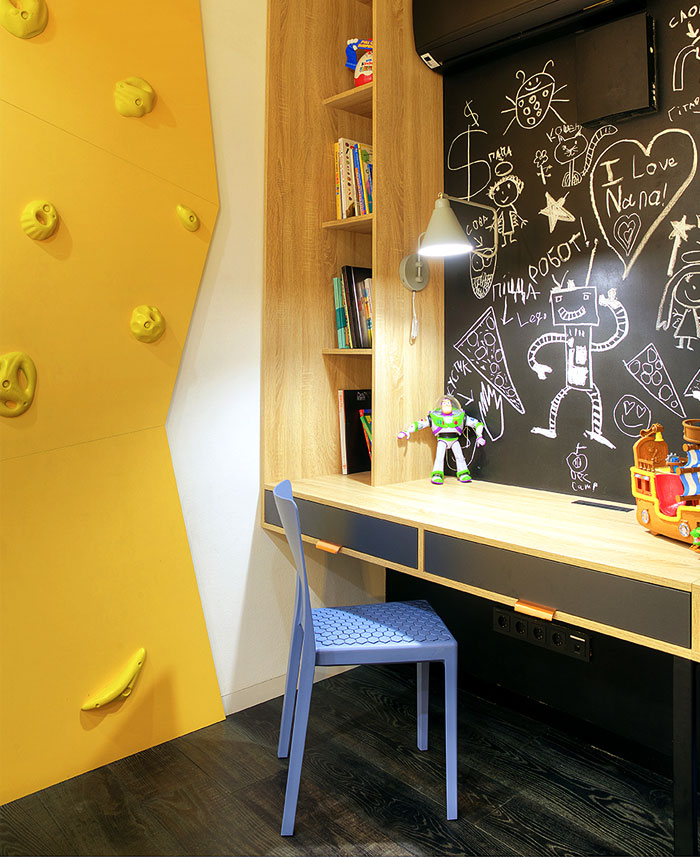 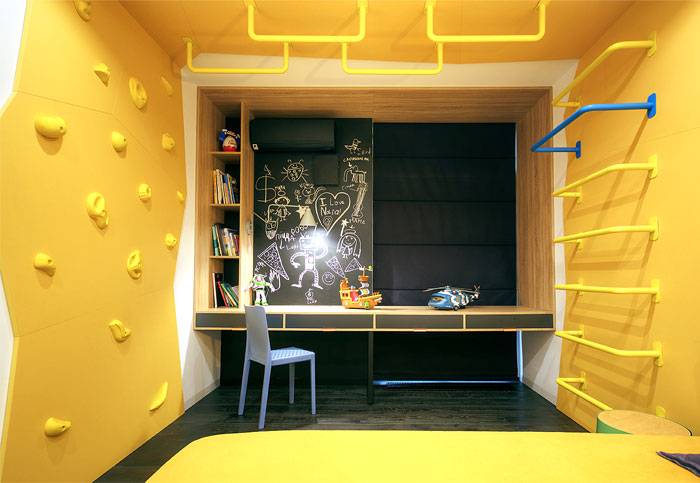 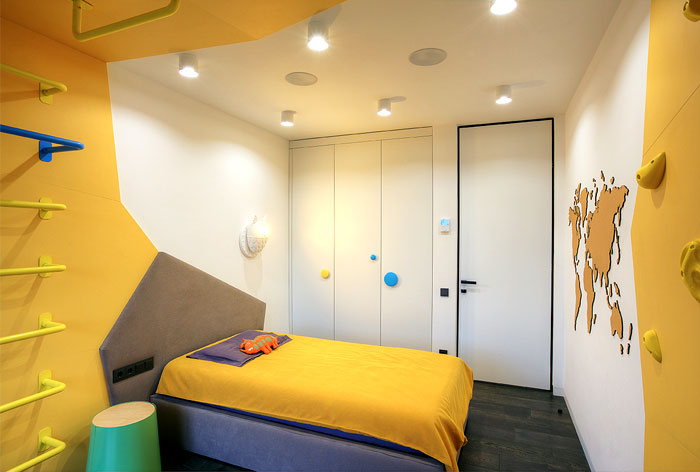 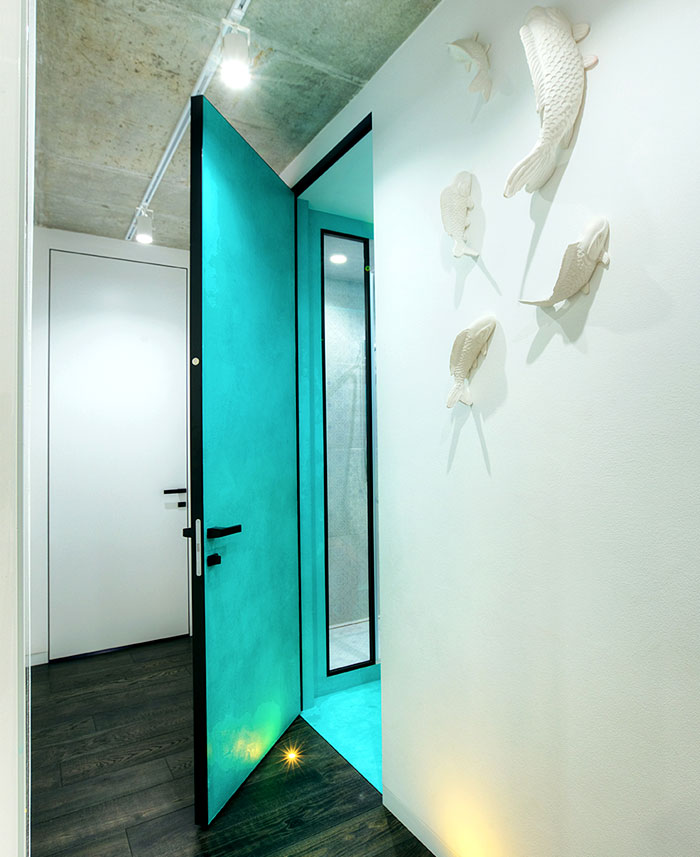 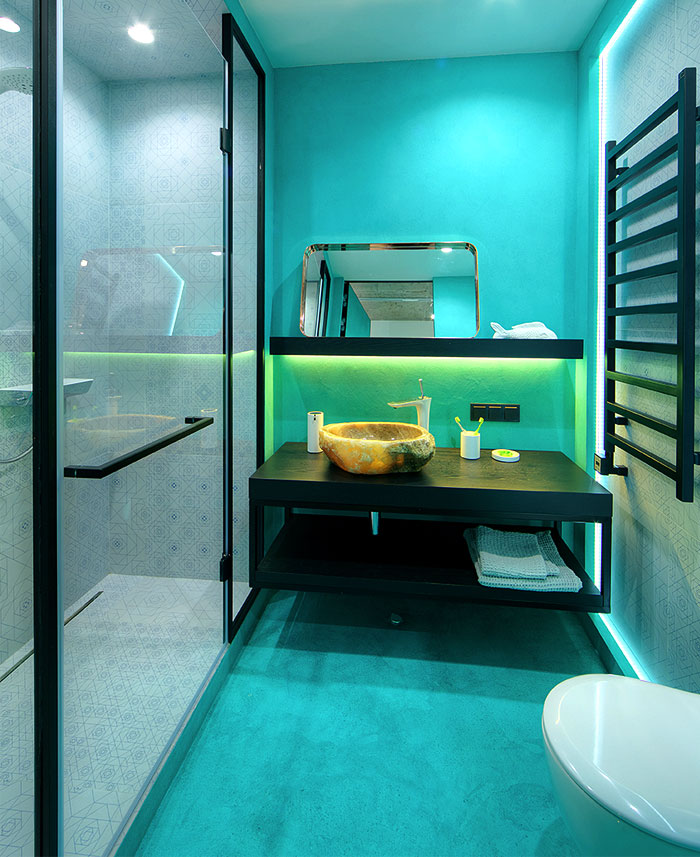