Modern apartment for a young family with two kids was successfully implemented without any changes of initial plan by Azovskiy + Pahomova Architects. In this project all the details were considered, beginning from the layout and finishing with unique shades of the walls. The apartment is divided into several functional areas: a common rest area with a dining room, a kitchen, a master bedroom with a bathroom and a children’s area, which includes two separate rooms and a bathroom. 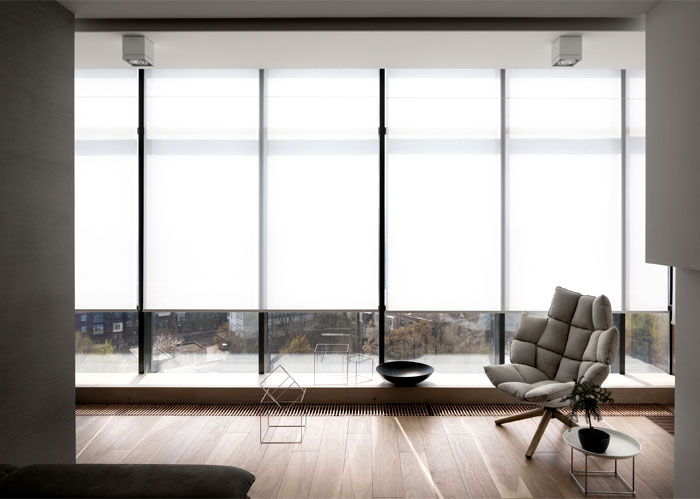 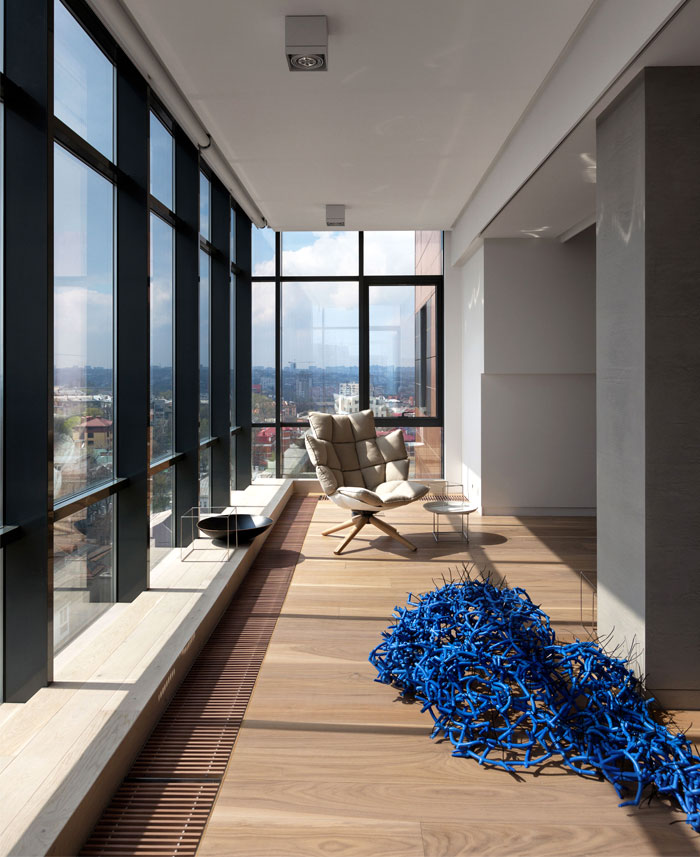 There is a plenty of natural materials had been used in this project, for example, a domestic brick, which is used in the hallway was produced in the local factory. There is a place in the hallway not only for the wardrobe but also for the high-tech ventilation system. Moving on, you are getting to the living room, which is full of light thanks to the panoramic windows. Near the windows, there is a comfortable place for resting represented with an armchair by B&B Italia, a small coffee table and a dynamic art-object made by Decorkuznetsov. The main feature of this interior is a unique shade of walls with a secret formula, designed specifically for this project. 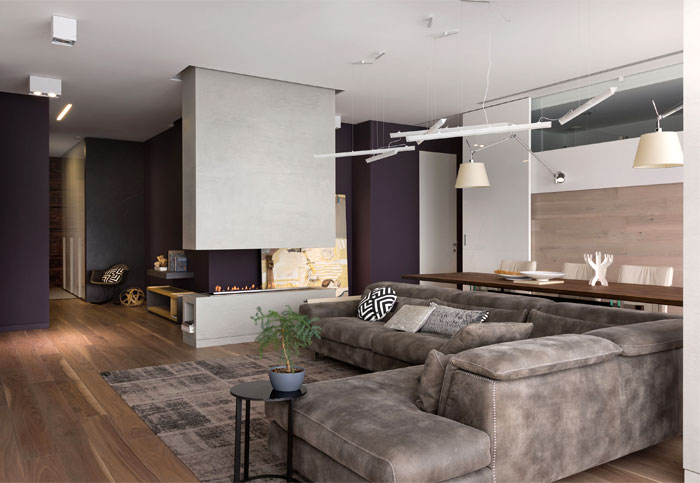 The accent of the living area is a fireplace by Planika, which performs not only its direct function but also separates the rest area from the hall. Behind the sofa, there is a dining table by Cattelan Italia with a natural wooden tabletop and glass legs. Thanks to the glass, it seems that the table is floating in the air, adding to the interior an extra lightness. A part of the apartment is intended for the children’s area, which is easily separated by a sliding door. 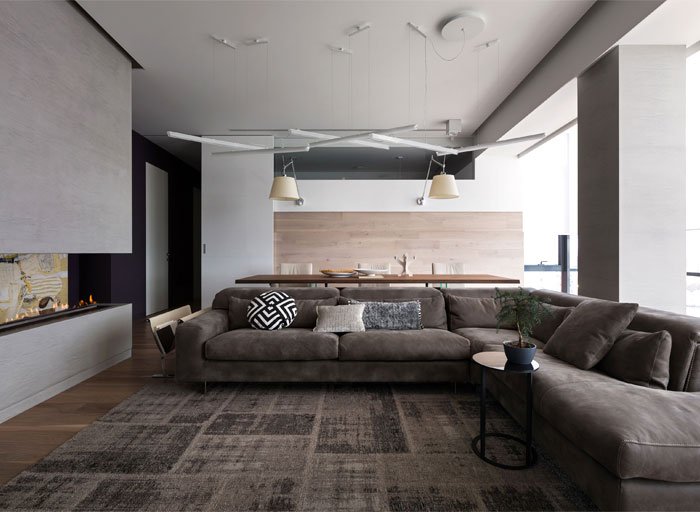 For more comfortable exploitation of the rooms, sliding systems and doors by Rimadesio have been applied everywhere – the entrance to the kitchen and the office are the examples. In the kitchen, as in the living room, there is a game of light and dark colors, among the materials, are wood, stone, and glass. Another unusual trick is an opened shower at the master bedroom, separated from the bed by a glass partition, which became a rock on which we split because a dimension of the glass partition was too large to enter the door. But the goal was achieved thanks to a crane and some other manipulations. 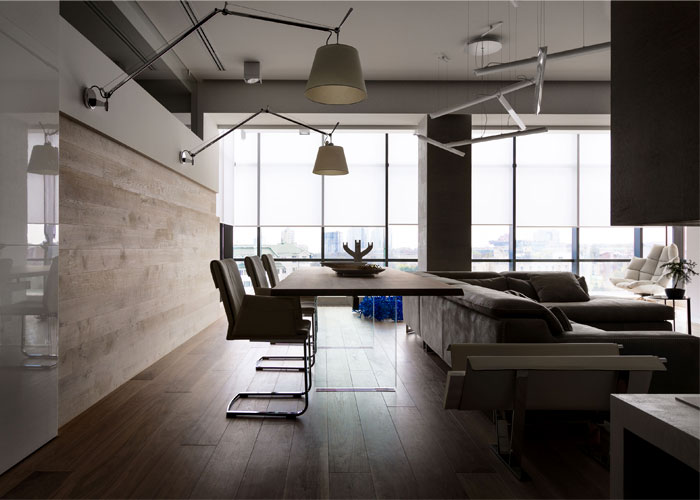 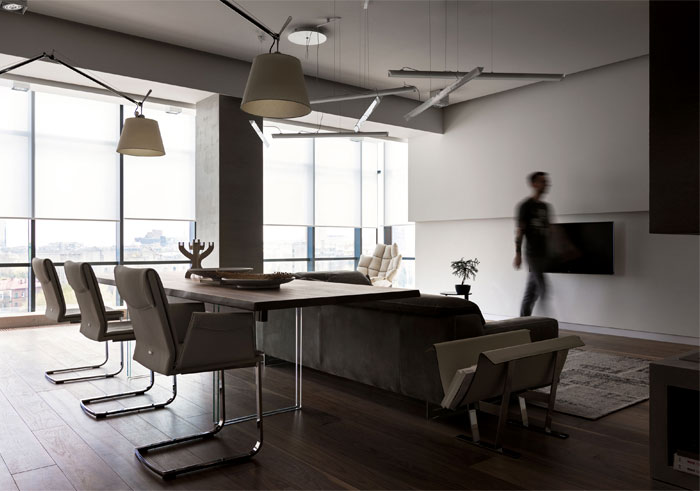 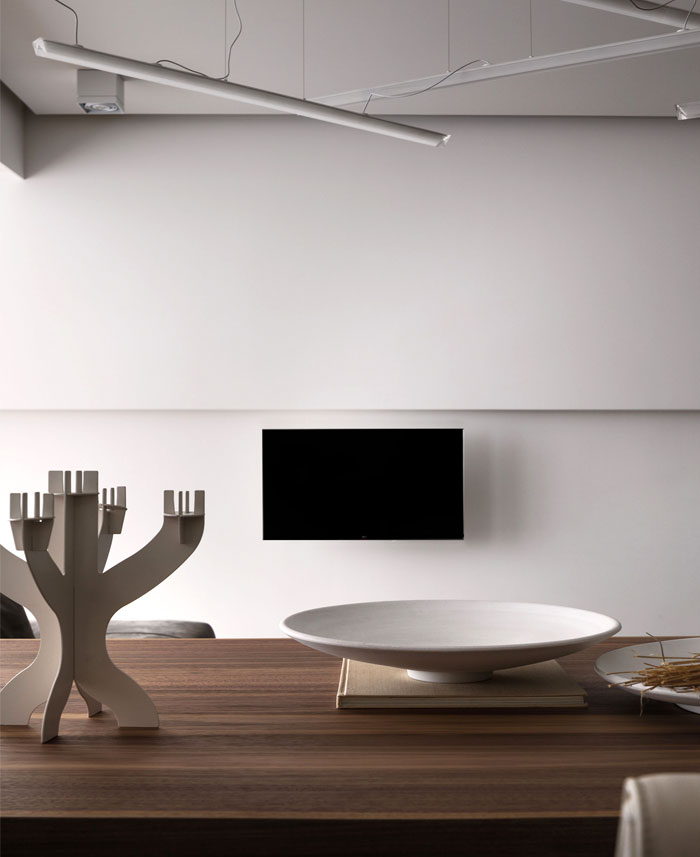 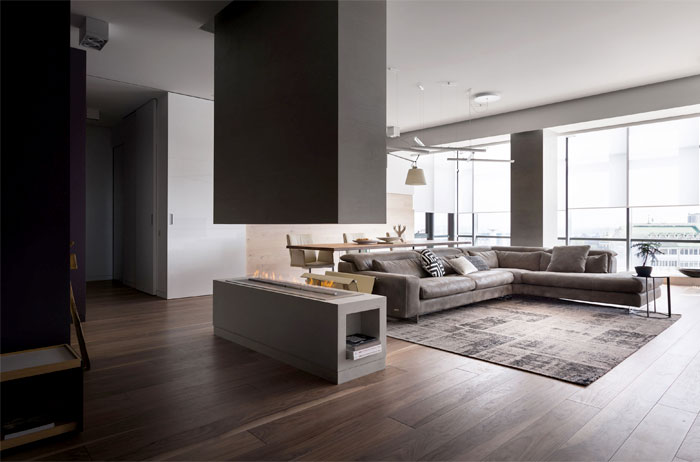 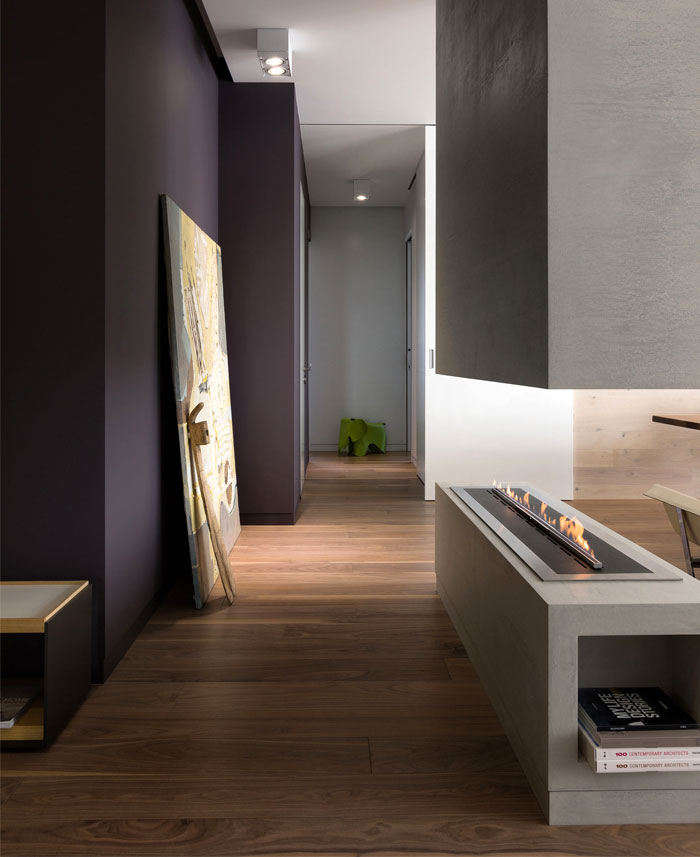 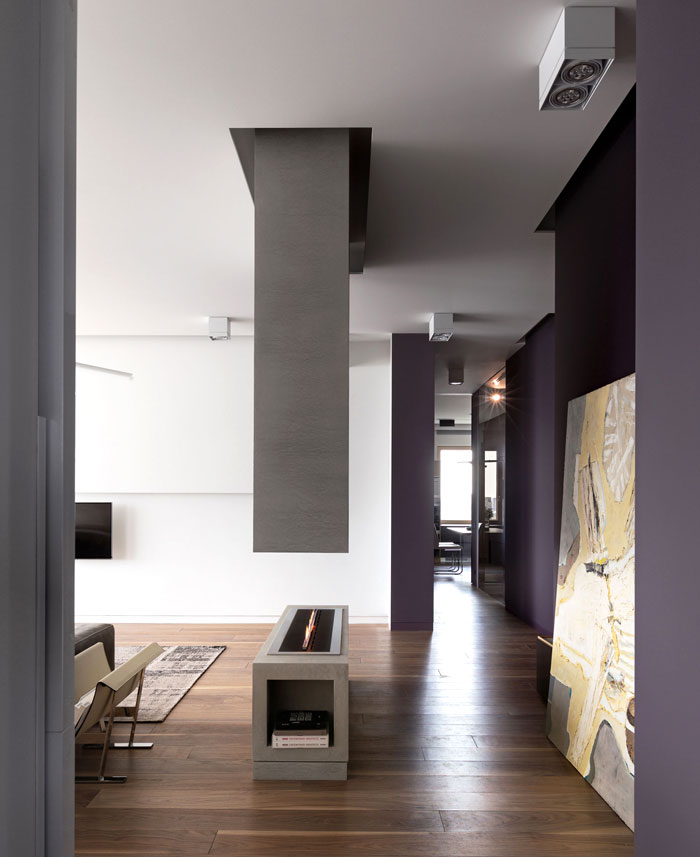 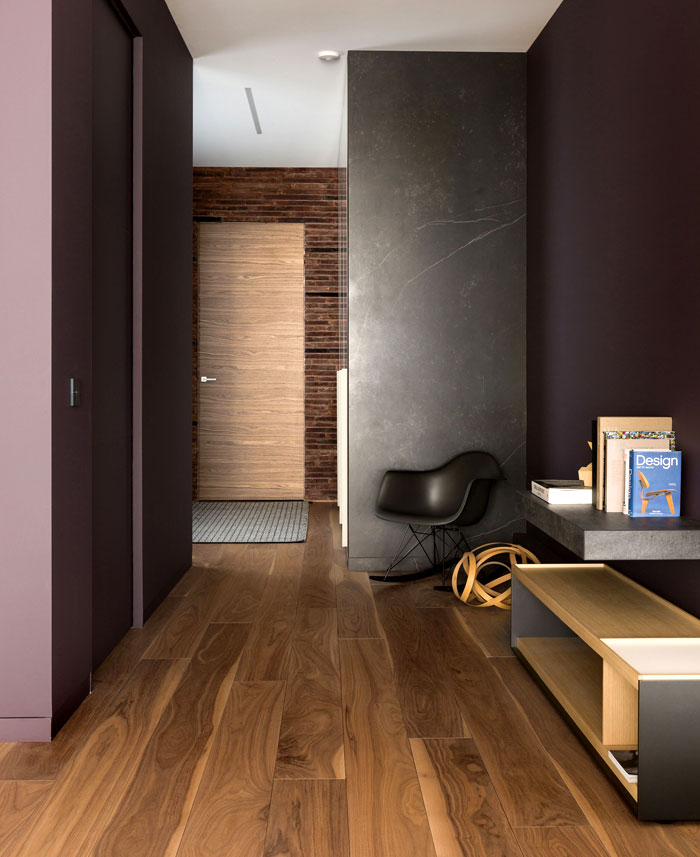 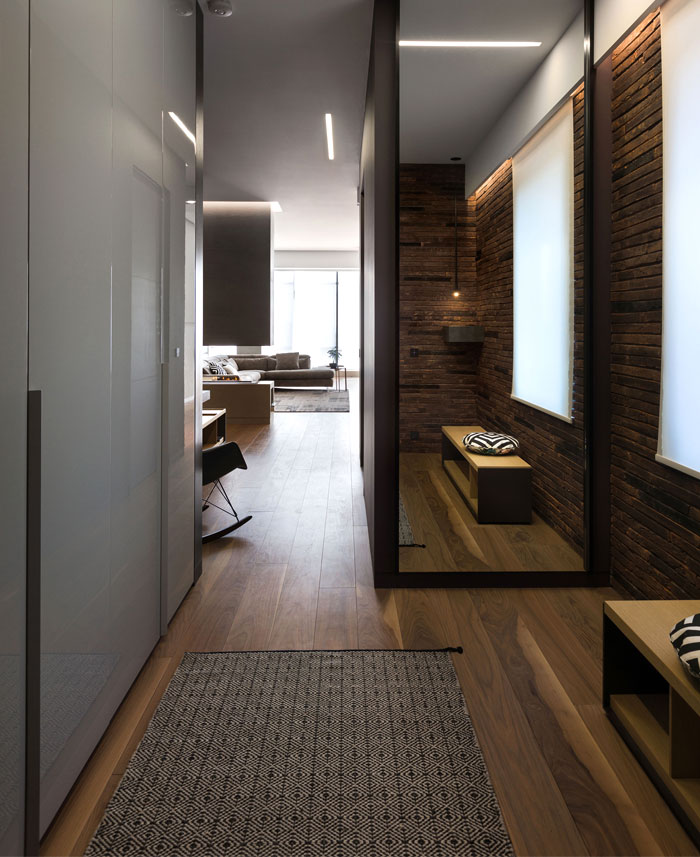 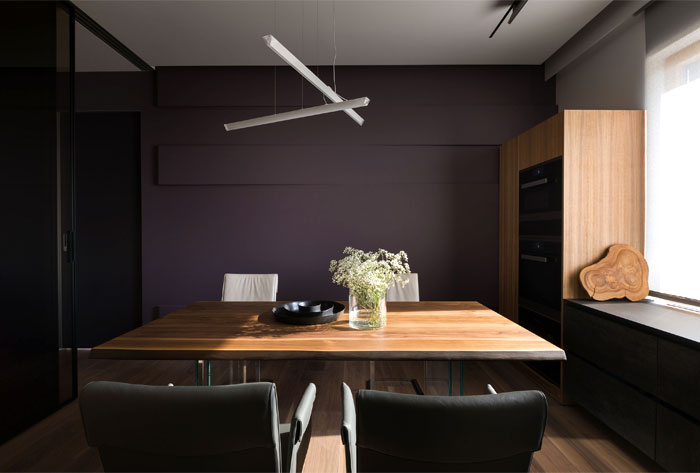 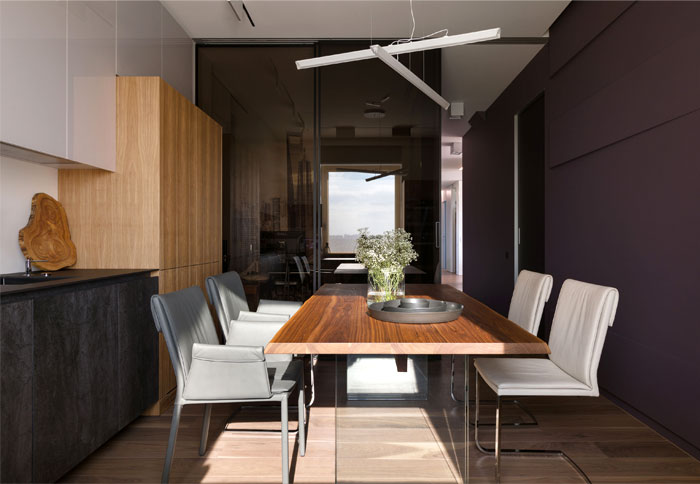 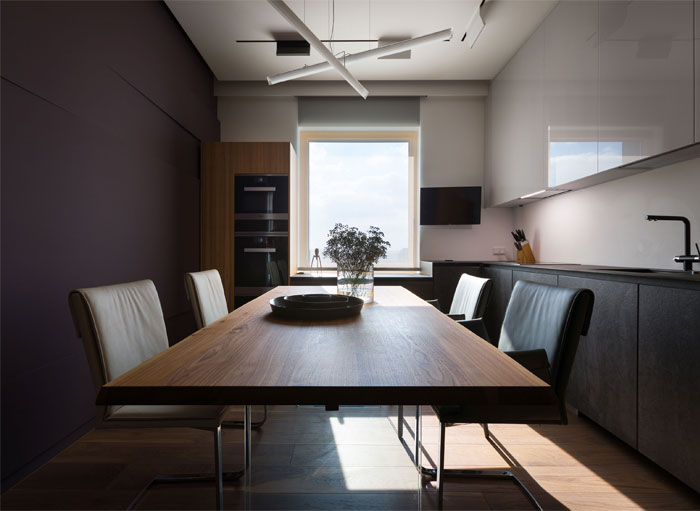 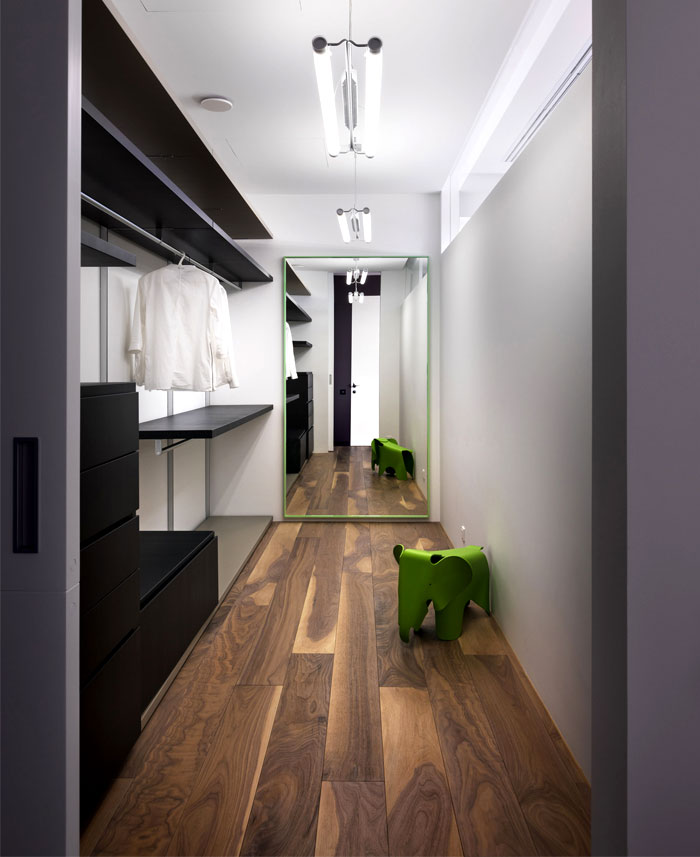 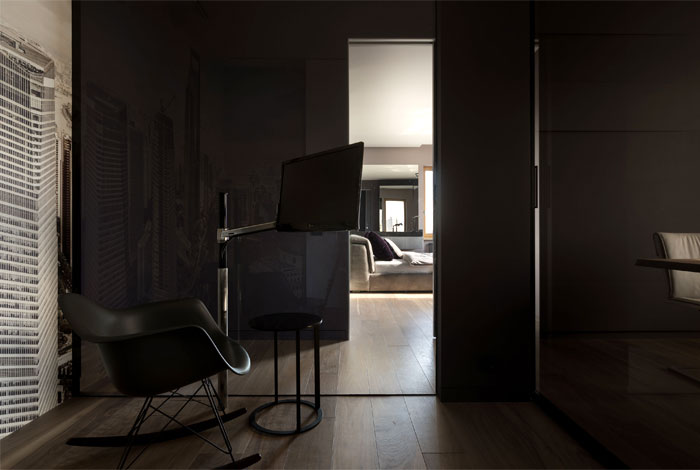 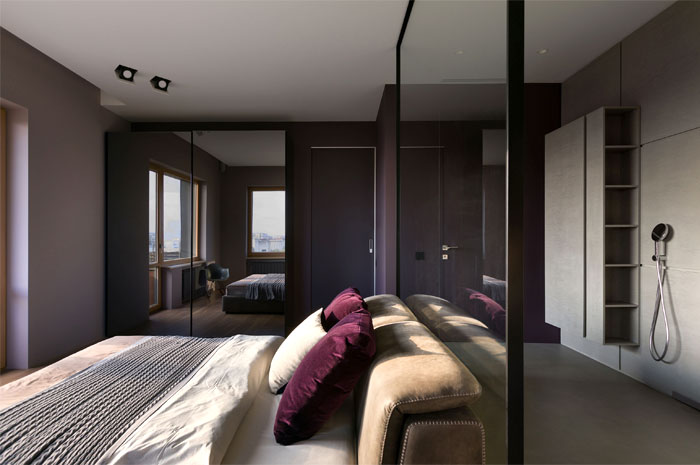 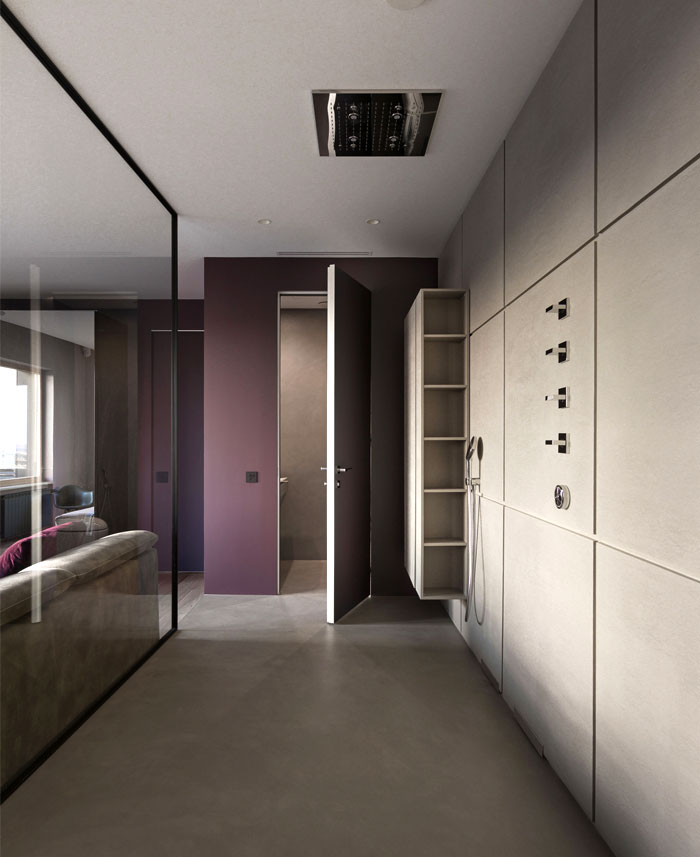 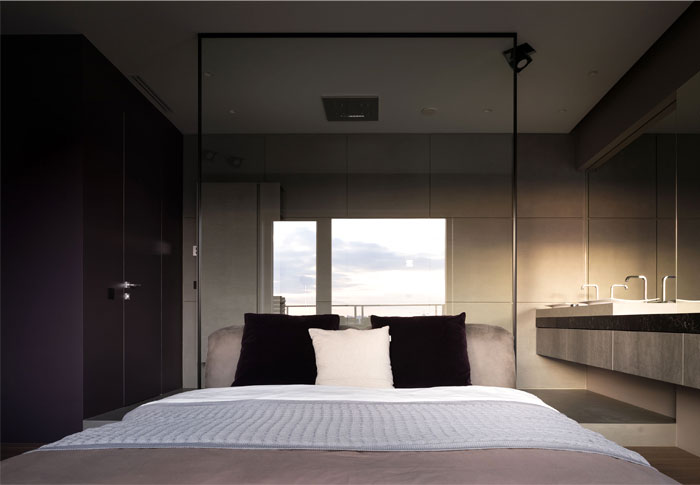 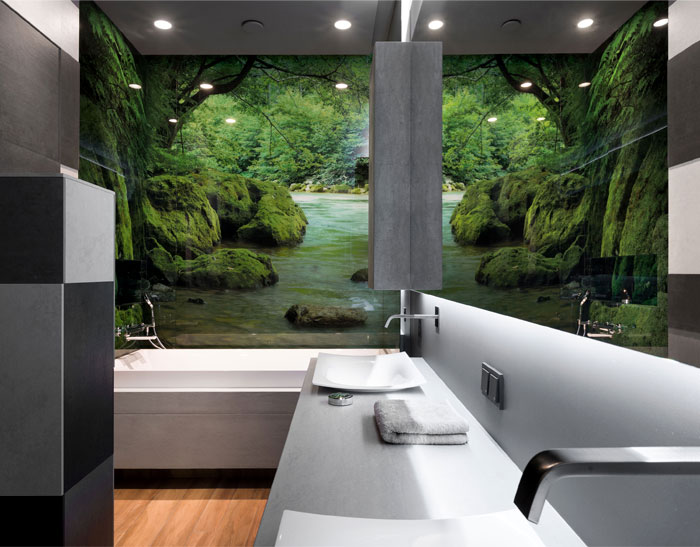 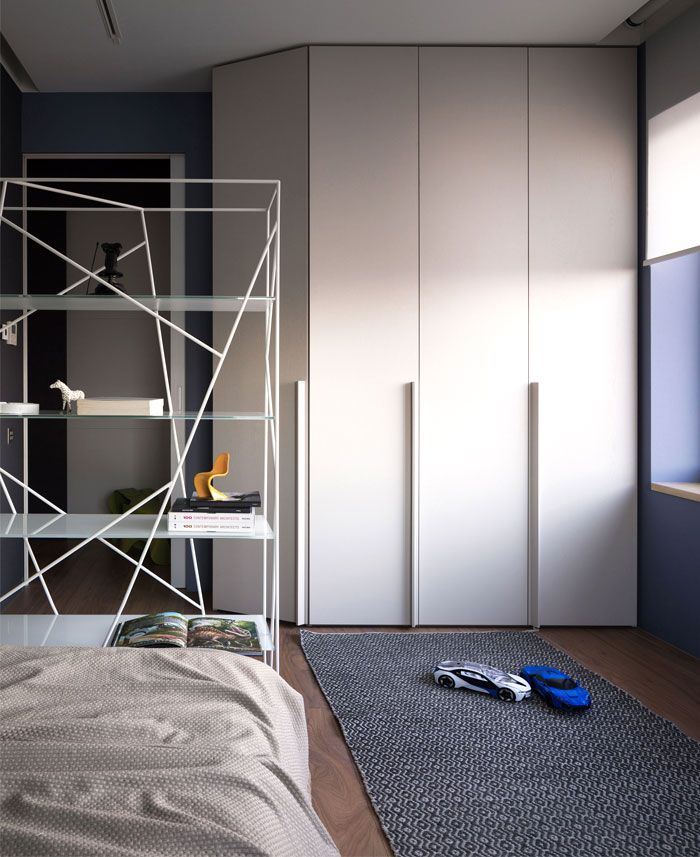