Blurred is a series of white table and pendant lamps by Taeg Nishimoto, bring a sense of surprise with the appearance of colors on the surface when the light is turned on. Each fixture is made of three sides of a white creased surface in a triangular formation. In daylight, they appear as if they are made of a porcelain-like volume with creased surfaces. When the light is turned on, this volume reveals subtle, blurred colors on the surface, changing the appearance of the fixture unexpectedly. 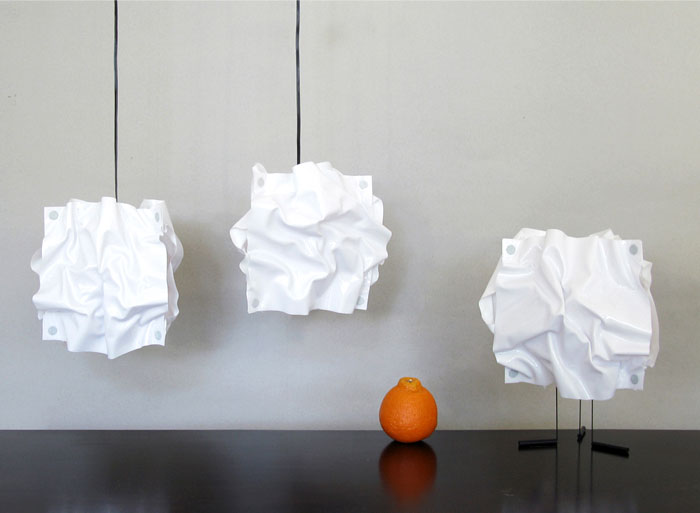 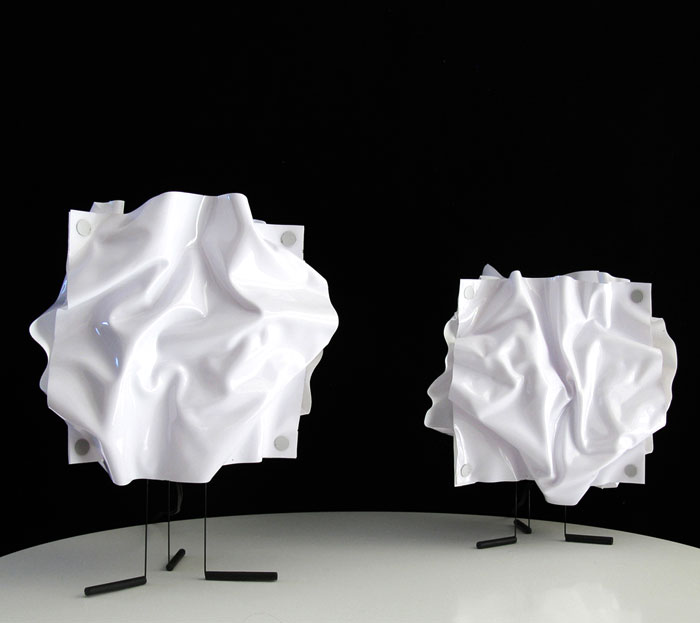 It is made of layers of heat-responsive polyvinyl on the outside and heat resistant polyester sheets inside. Both outer and inner layers are initially cut in a square with an outer layer about 1.3 times longer in both directions. 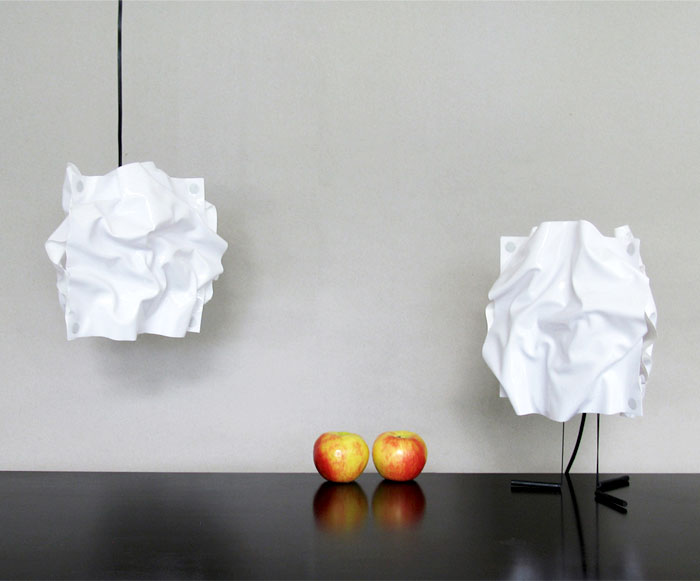 The transparent outer layer is first coated with white liquid rubber on one side by spraying, which creates a fine texture of white on the surface, while the opposite side is kept completely smooth. After application of this liquid rubber coating, the square sheet is held at four corners to the base, which is the same size as the smaller inner layer, in a way the outer layer forms a parabolic surface with a liquid rubber surface on the bottom side. Then the heated air is blown onto the surface from outside which slowly deforms the parabolic surface into a randomly creased pattern based on the direction of the heated air and the interacting resistance from the sheet. 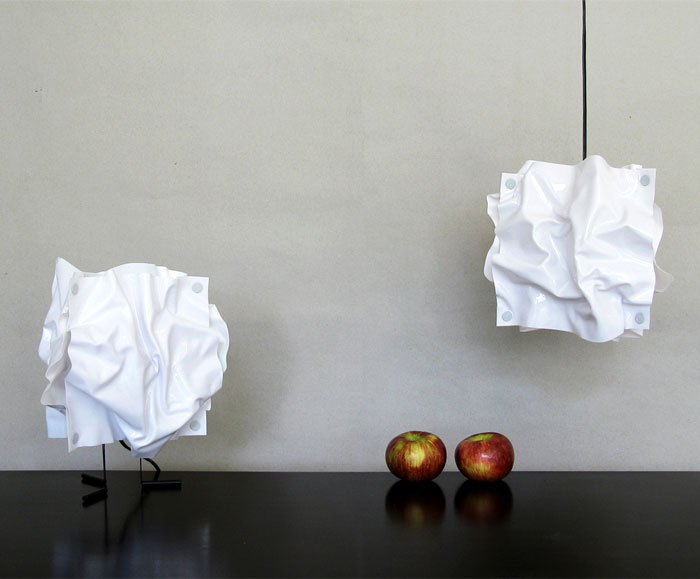 The inner layer is applied with a transparent color stain in a manner of scattered spots of different sizes, using primary colors. The creased outer layer and an inner layer with color stain are connected at four corners, forming one side. Finally, the three sides are secured at adjacent corners in a triangular formation. The final assembly is approximately 30cm cube when three sides are connected. 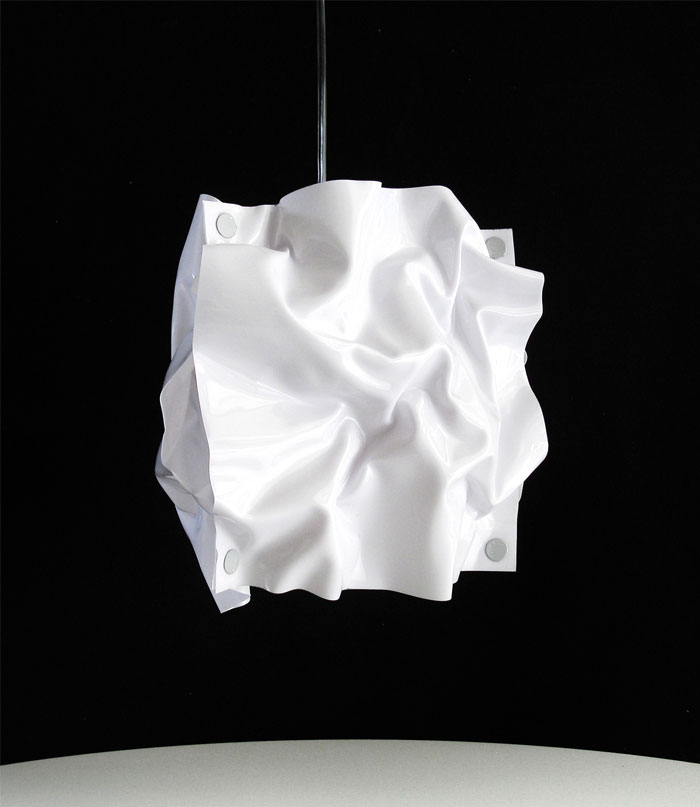 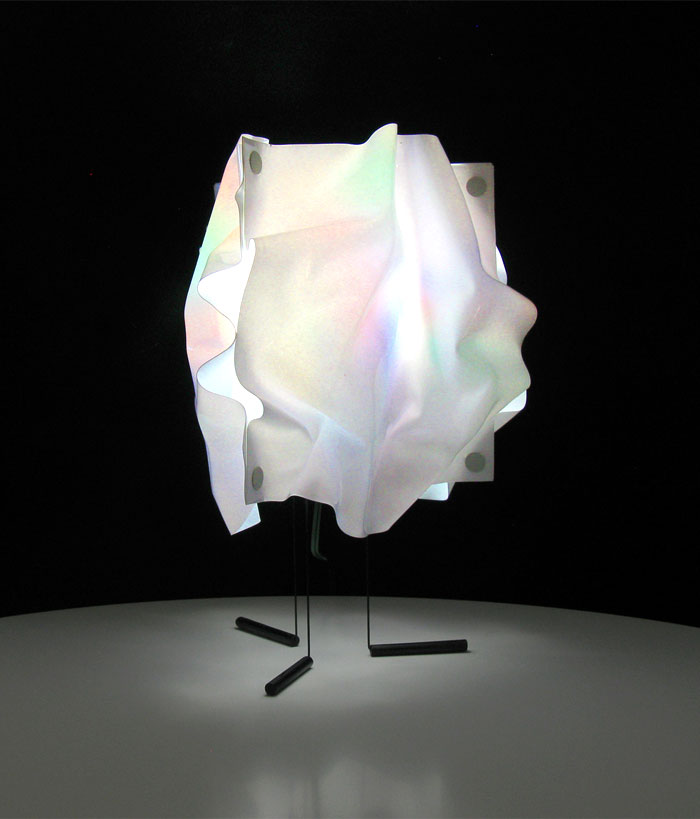 There is a natural phenomenon called “cloud iridescence,” which is caused by small water droplets or ice crystals in the clouds individually scattering the sunlight, and the blurring, iridescent patterns appear within the cloud formation against the blue sky. Blurred takes its cue from this rather ethereal and fragile phenomenon to present the presence of colors on the surface of the lighting fixture as an object in space, in an unanticipated and pictorial way. 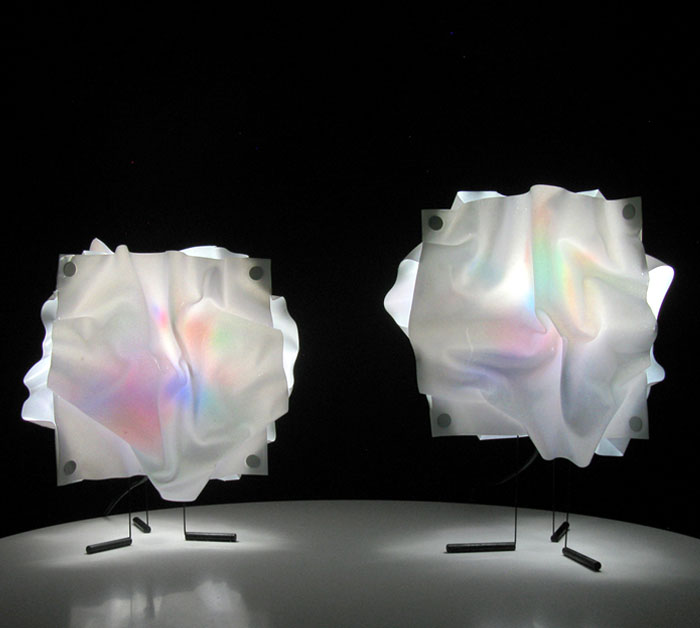 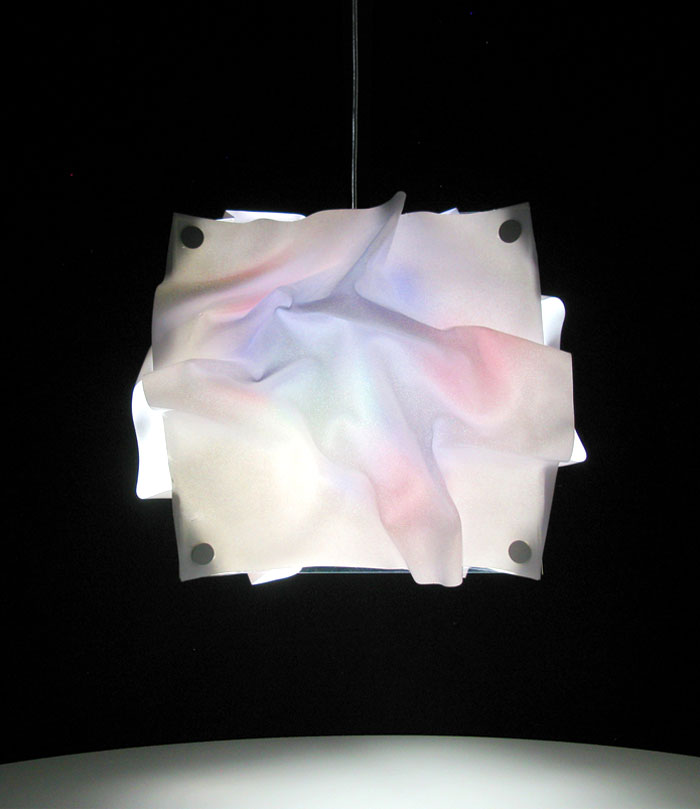 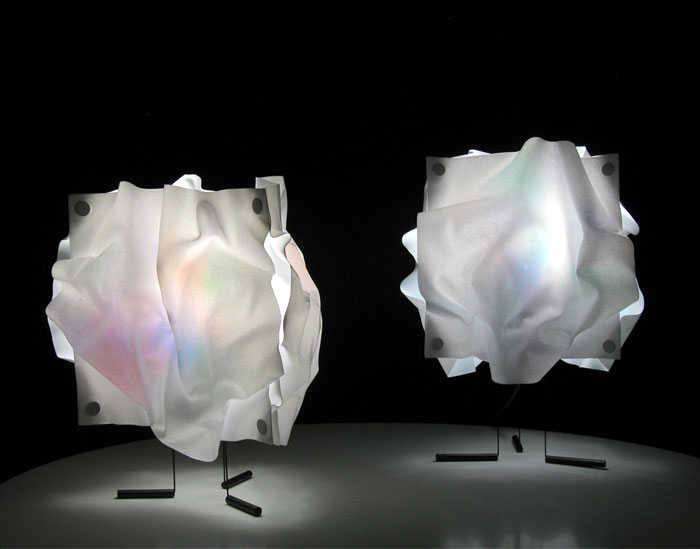