A project that demonstrates the work of the XYI Design studio – demolished the several tiny rooms and rebuilt three living spaces with independent functions to connect two households. 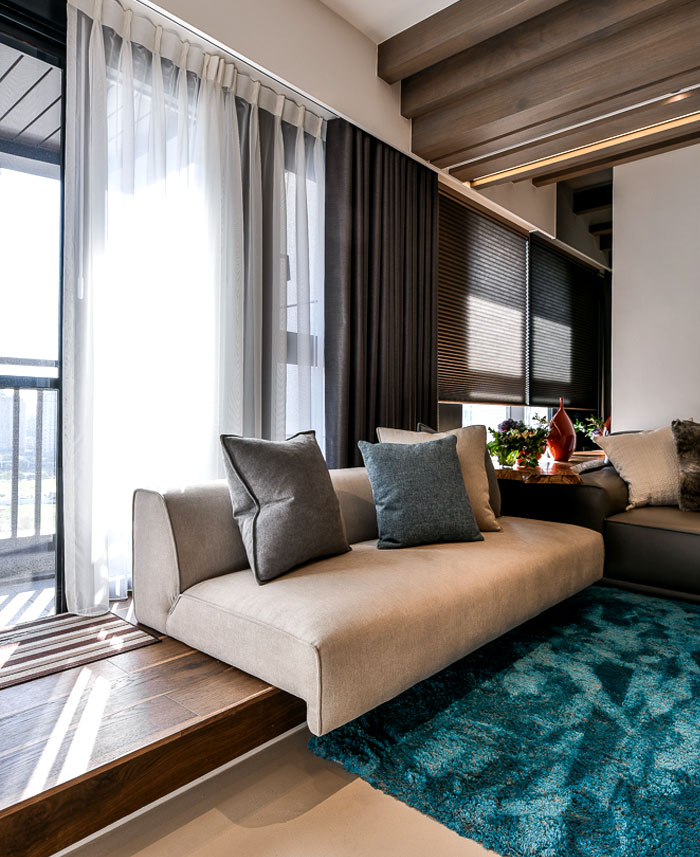 XYI Design studio: We opened a connection between the two households, demolished the seven tiny rooms, and rebuilt three living spaces with independent functions: public space, the older married couple’s bedroom, and the younger married couple’s bedroom. By eliminating the “frame” formed by the existing layout, we created a more expansive and flexible “dialog” space. Light from the balcony shines into the public space formed by the living room and kitchen, and the warmth of the sunlight, fragrance of the wood, a softness of the fibers, and solidity of the stone create a bright, comfortable leisure area that invites people to linger. 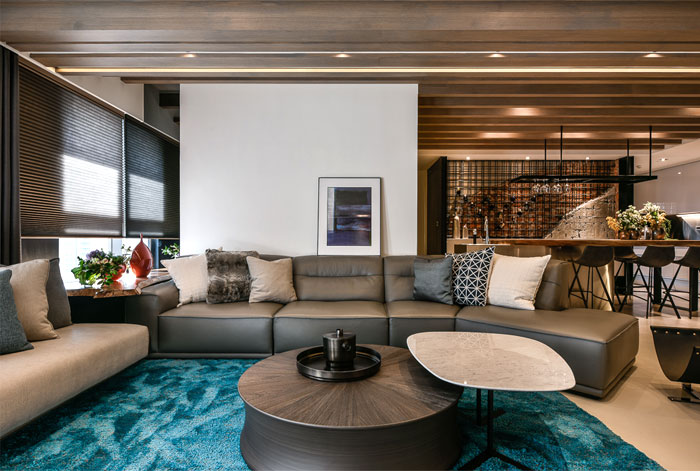 The kitchen has an industrial-style wine rack and the dining table as its visual center, which conveys the owners’ warm hospitality. The fragrance of the solid wood mixes with the subtly rough-hewn ambiance, and the place where the two design styles fuse is also a transition zone on the way to the young married couple’s private space. 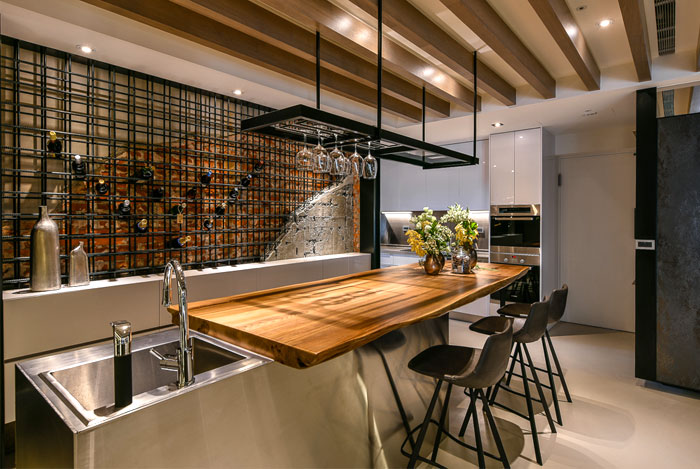 The older couple’s bedroom contains large amounts of storage space, which is in accord with their living habits. The younger married couple’s bedroom features an industrial vocabulary with vibrant personality as its main theme, and it contains large amounts of warmly-colored solid wood and bright, single-colored soft decor, which melt the icy rough-hewn lines and make the room a relaxing living space with an energetic style. 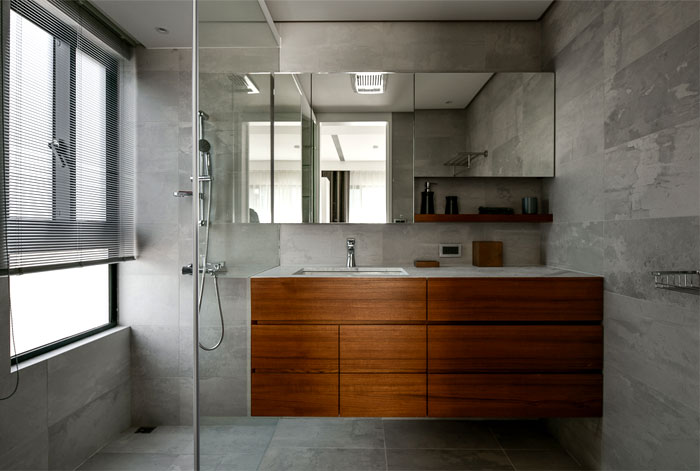 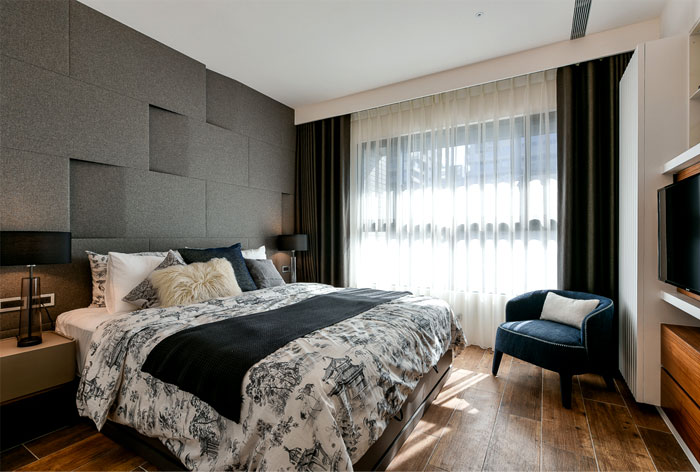 Opening the movable sliding door hidden in the wall will separate the independent living room and bedroom. Maintains the rooms’ separation, but can be opened at any time for free communication. The bar can be used to provide drinks or snacks and allows residents to enjoy food and drink without going into the public space of the kitchen. The platform floor of the bedroom is very suitable for sitting, and people across from the bar can have a direct dialog with people at the bar. 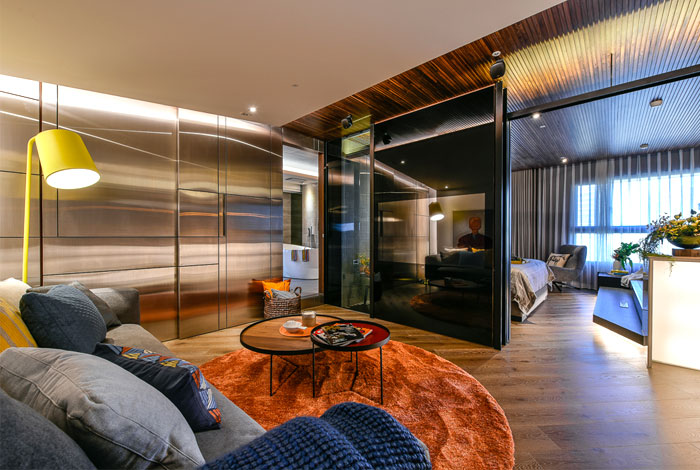 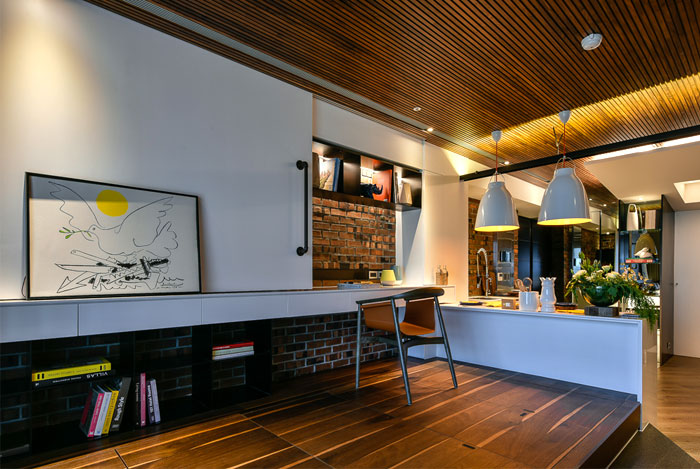 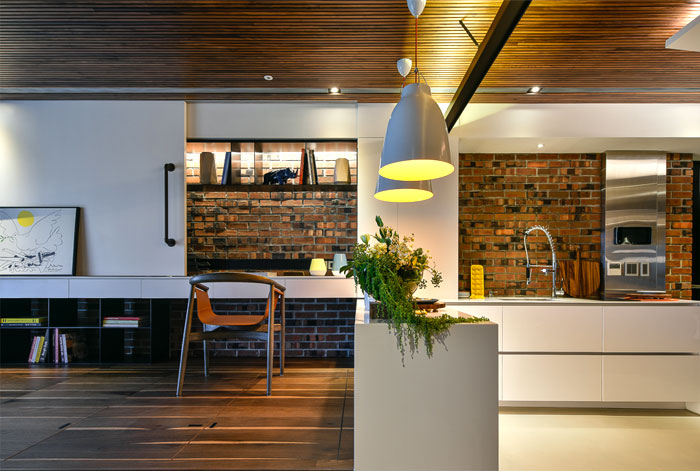 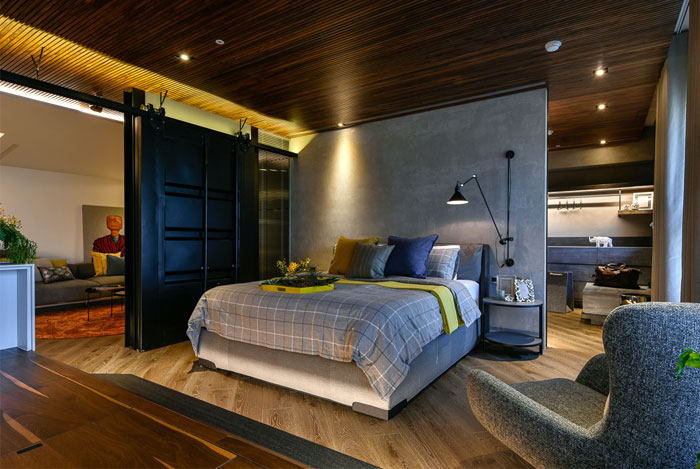 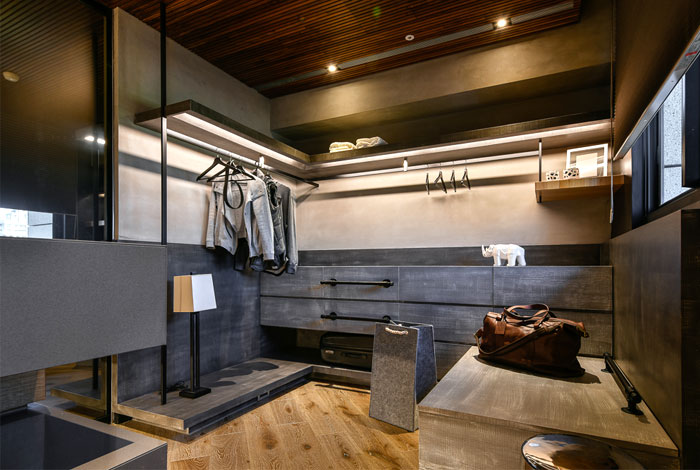