A rational and refined design combined with an experience of visual and tactile warmth are combined masterfully in the Hudson daybed, the perfect reinterpretation of an aristocratic decor in a contemporary key by Gordon Guillaumier. 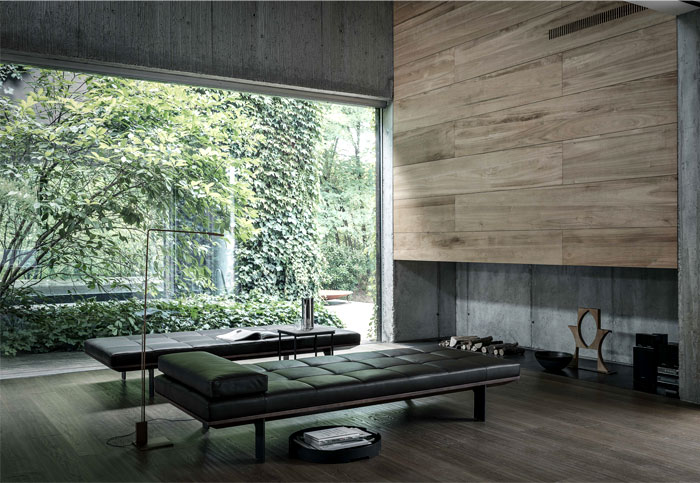 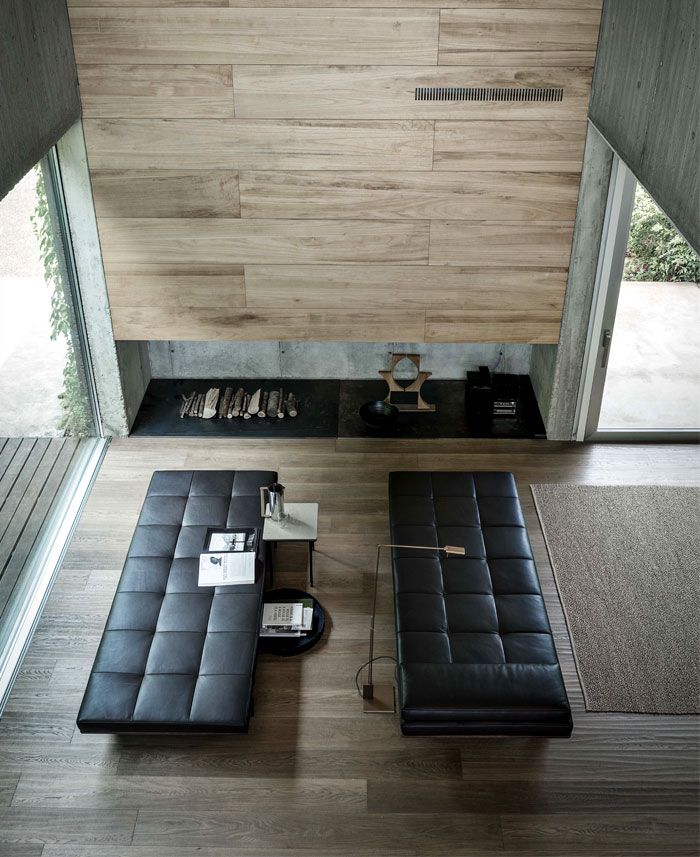 Four long square metal feet support the walnut stained ash base whose radiating edges confer a streamlined, gentle shape to the project, on which the long leather-clad upholstery rests which is made even more comfortable and refined by sinuous matelassé stitching. The addition of a small rectangular decorative cushion confirms the attention to detail and the refined workmanship of Hudson, the protagonist of a sophisticated and reasoned daily living style. 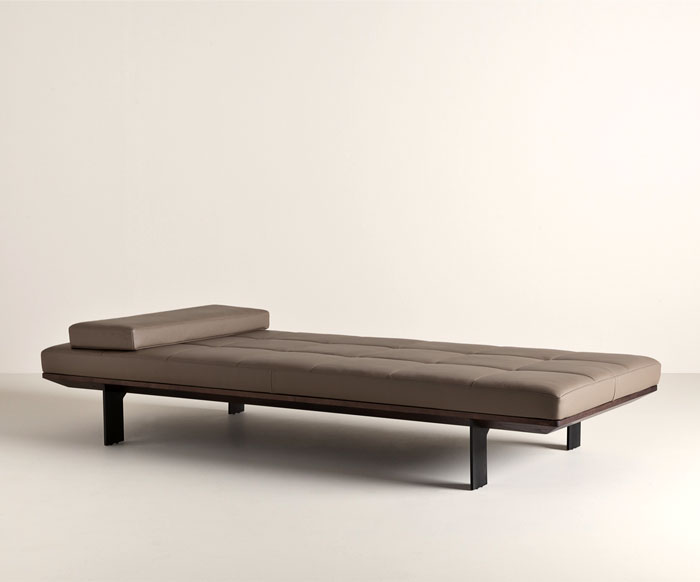 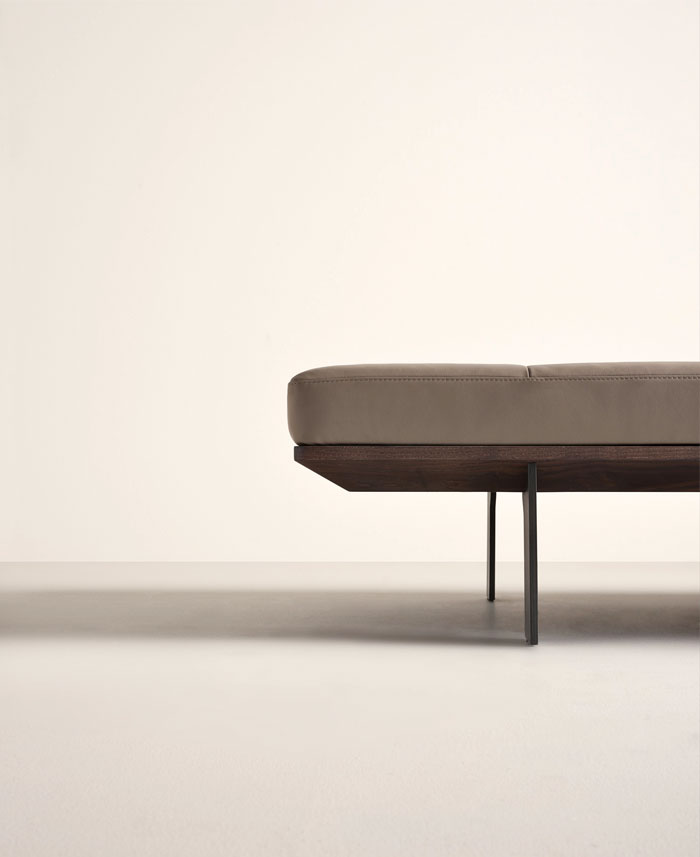 Winnie is a lounge chair characterized by incredibly generous shapes and upholstery that invites one to relax, where the leather covered shell draws the seat and the back, curving to form a sort of nest. 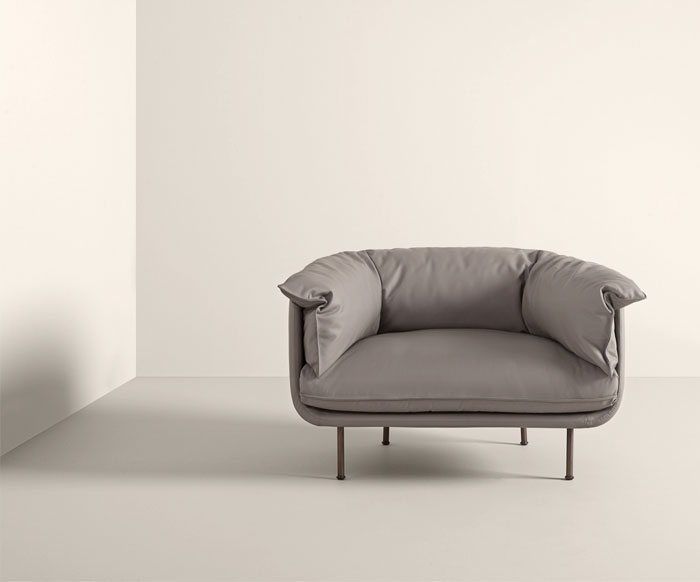 Inside, a single leather-covered cushion is curved to form a U, defining an intimate space, a refuge, into which one can sink, spoiled by the precious softness of the material. 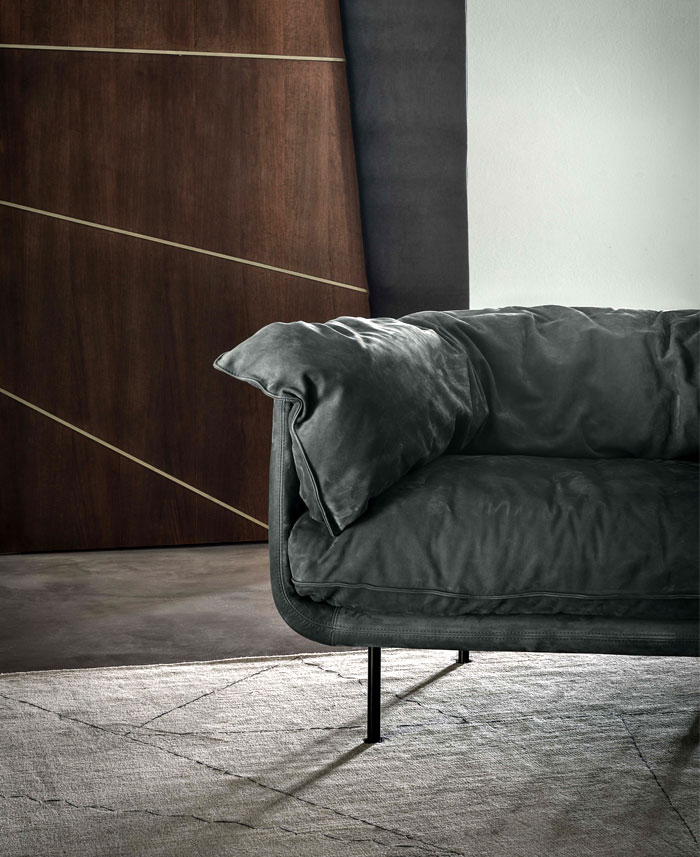 The welcoming cocooning effect is also visually accentuated by the delicate folds that undulate the surface of the cushion, emphasizing its roundness and attributing an informal touch to the project that is juxtaposed, in a perfect marriage, to the rigor of the shell. Four small metal feet support the seat, making the projected light and almost airy despite its significant size, combining basic outlines with full, soft volumes. 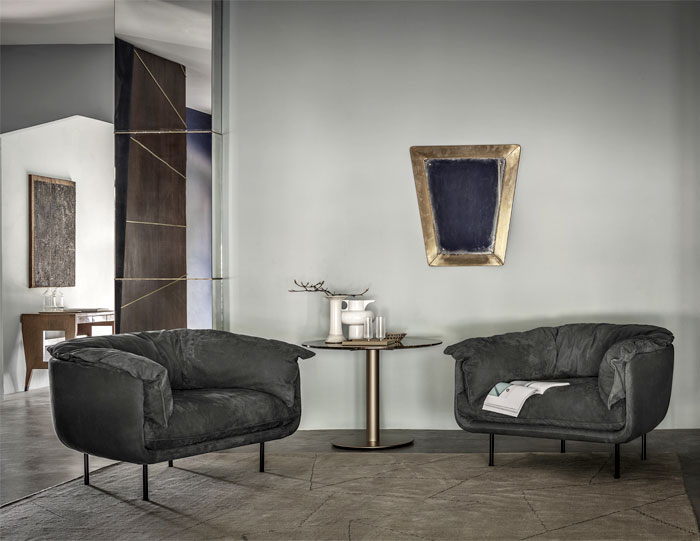 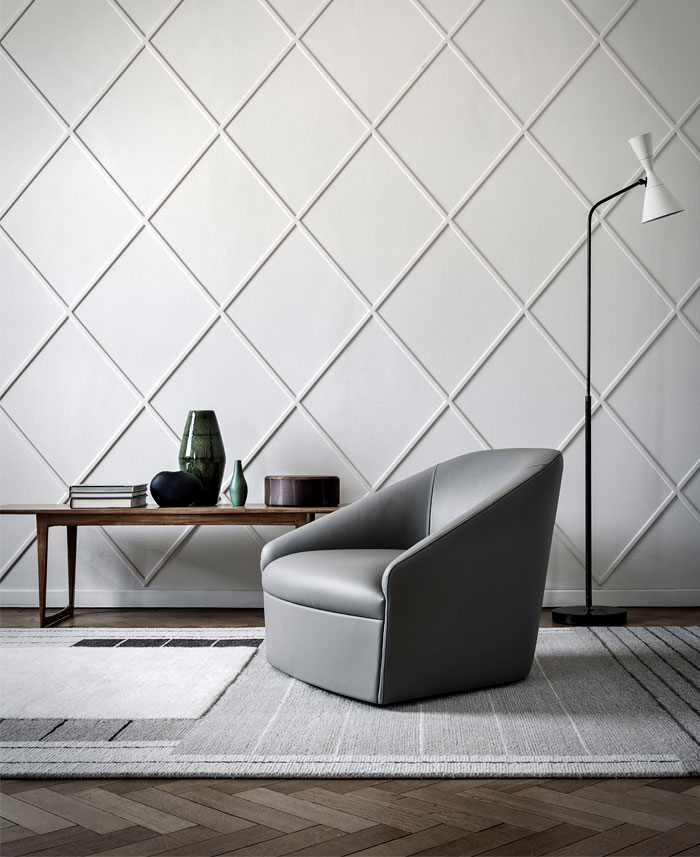 Hollow is a bucket seat entirely stuffed and clad in leather, whose monolithic forms act as a counterpoint to its extreme comfort, designing an object with a strong personality and indisputable elegance. The shell that makes up the back draws a curve, lowering itself laterally to form the two armrests, while at the same time embracing the base and the soft seat cushion, creating a comfortable and welcoming space. The base with its hidden rotating return adds movement to the product without changing the crisp, clean aesthetic: while it is perfect in a more formal situation – lounges, waiting rooms and executive offices – Hollow can courteously insert itself even within large domestic settings. 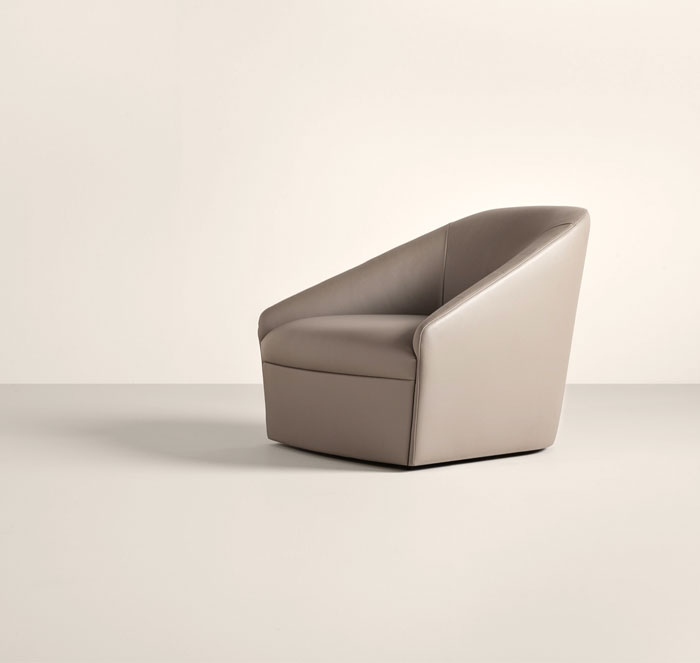