“You need the eyes of a sailor to see the shore beyond the horizon” …This is the way Pallucco has been in the process of design since the 1980s, identifying and choosing what are the trends in style more than what is simple fashion. Over the decades, the production of the company has been influenced by different cultures, thus expanding the group of designers producing and experimenting with new projects in the vast world of contemporary design. One of the most recent collaborations is that with Brian Rasmussen, Danish architect and designer who has been interviewed about Grid and Ring, two suspended lamps designed for Pallucco. 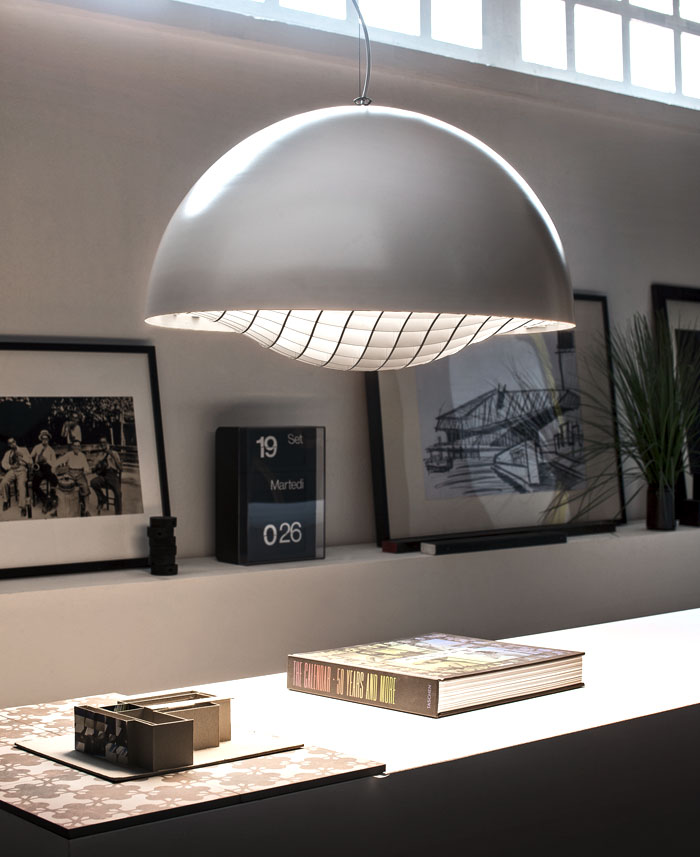 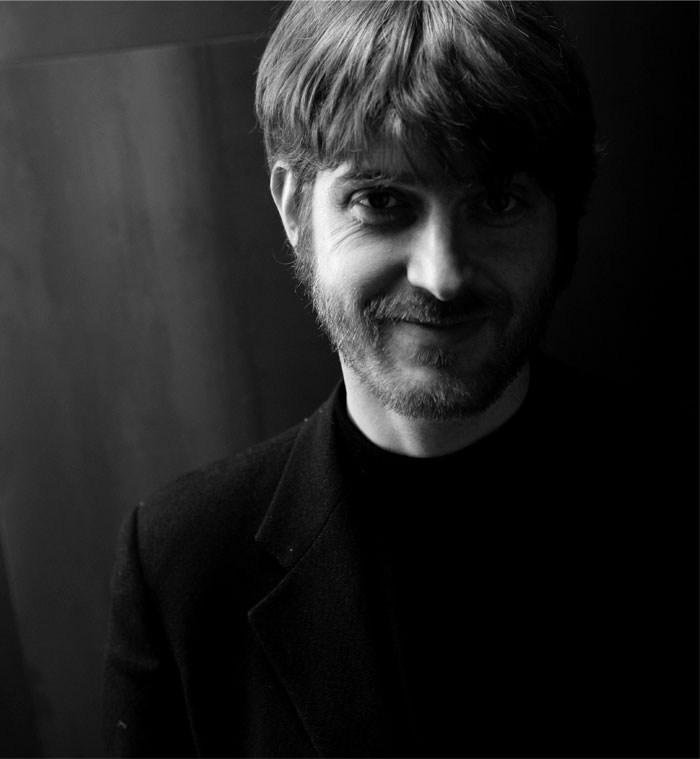 What are the elements that make Grid a unique lamp?

At first glance, it may look like a classic lamp, but it is the choice of the grid that gives it a particular character and a movement effect. I have always been fascinated by the purely technical elements, where there is no kind of nostalgia or sentimentality, such as the anti-glare grids of the technical lamps. 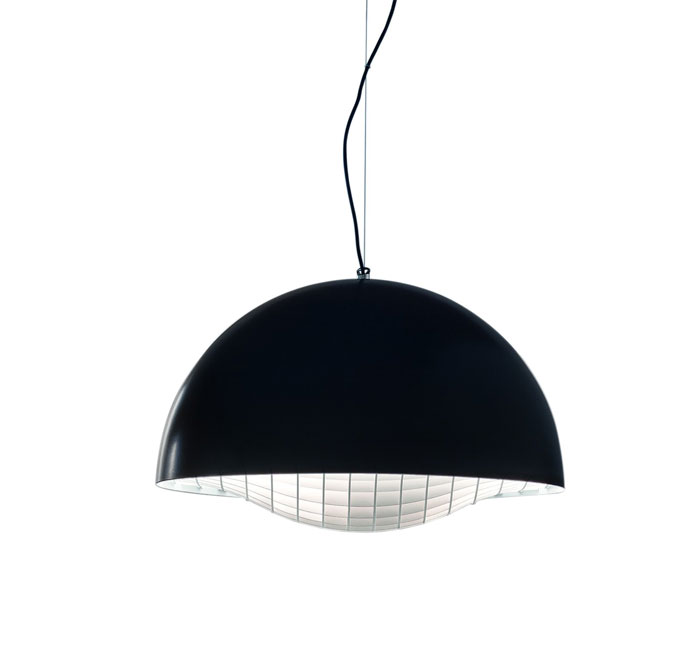 So does the inspiration come from the combination of technology and decoration?

Yes, I liked the idea of combining a decorative soul with such a technical object. The dome continues to be the technological part of the lamp from which the light comes out. 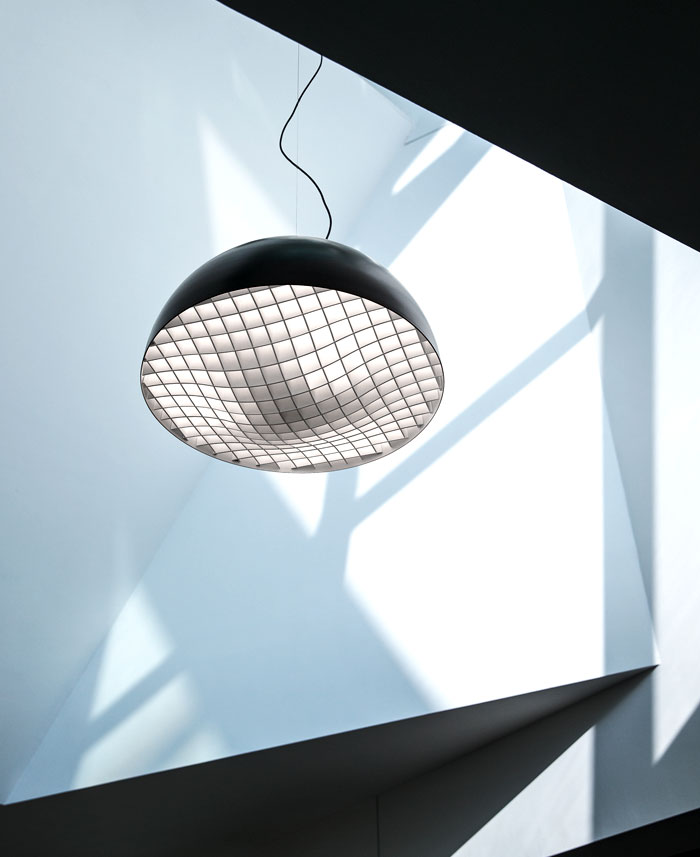 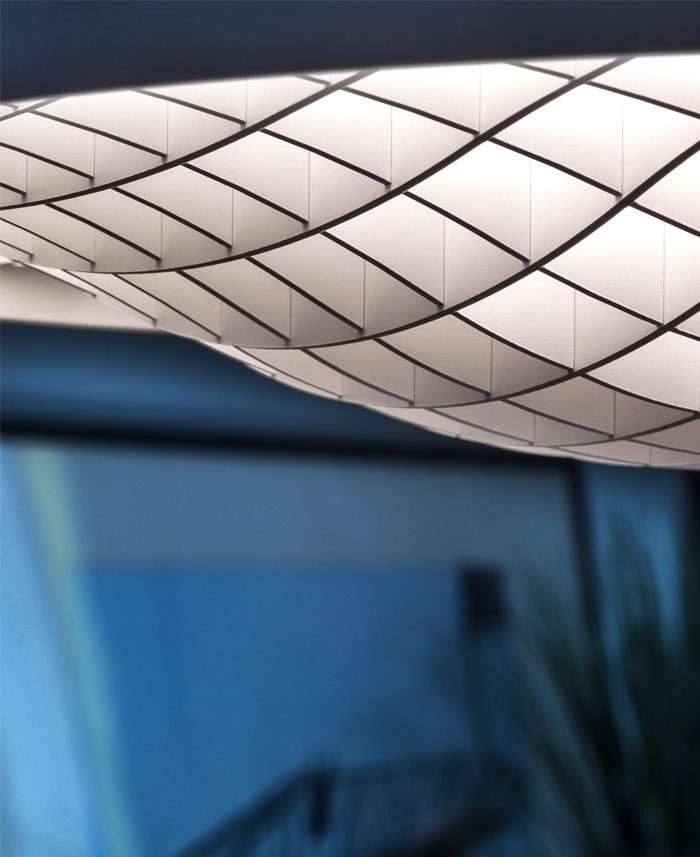 Is dualism also evident in the combination of the two elements of Grid?

Yes, I wanted to represent an immediate and obvious dialogue between the dome, which is a decorative archetype, and the light of this lamp, distorted by the curves of the grid, which give it movement. The duality in Grid is therefore immediate: on the one side the dome, a regular hemispherical element which is static and rigorous, available exclusively in white or black; on the other one, the grid, which interrupts this rigor by freeing the decorative soul of the lamp through the intersection of lines which curve in the centre. 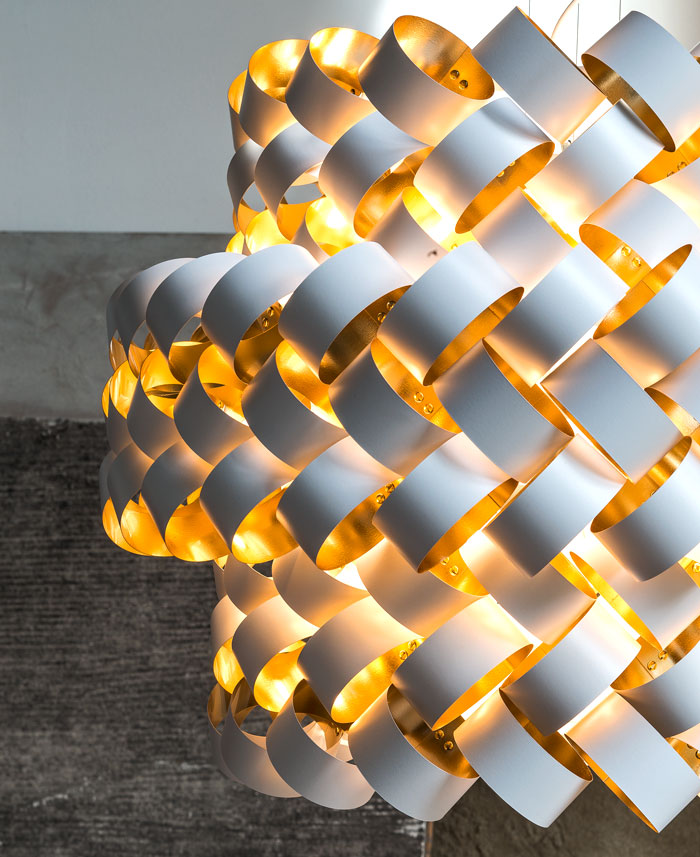 What type of lighting does Grid offer?

The dome allows enclosing the light source. In this way, the source of light is directed downwards, ideal for illuminating a work surface or a dining table. The grid is made of white Forex. 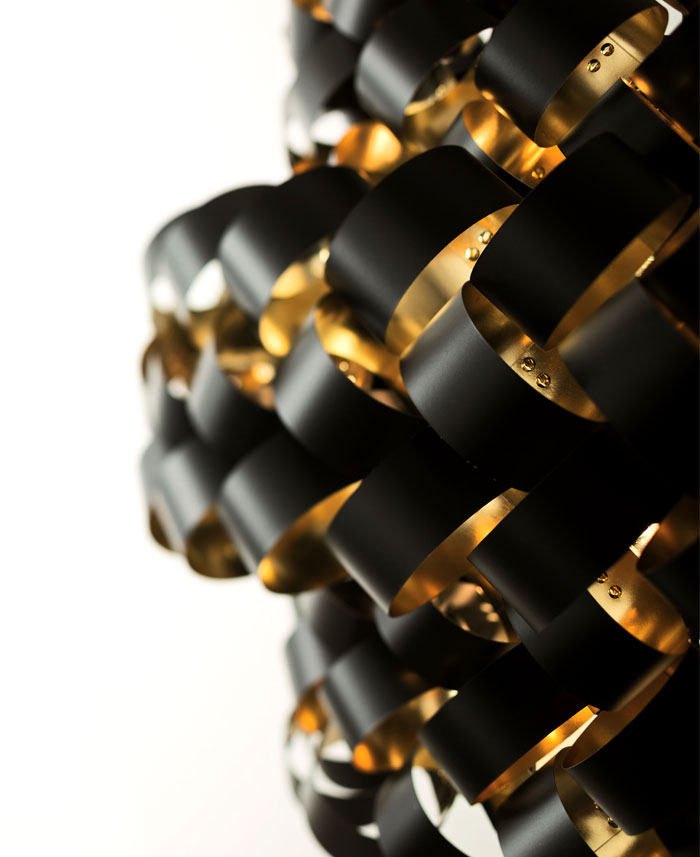 The ring has a stronger decorative component than Grid. What’s the particularity of this lamp?

At first glance, the interlacing rings give a decorative effect, although the design of the lamp is very rigorous. In fact, the rings respect precise spaces thanks to a perfect and accurate logic, without leaving empty spaces. To be as close to each other as possible, the rings follow a geometric logic that seems to optimize the available space. 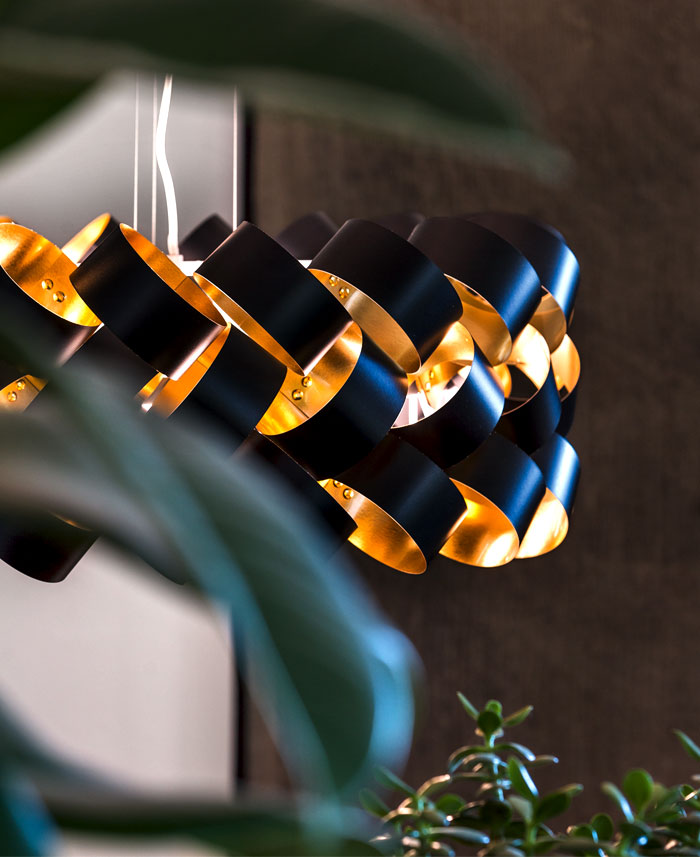 The ring is available in different options; is it also customizable?

The ring is available in various versions to suit every living space. It can, therefore, be changed in finishes and dimensions, allowing so many different effects that one could think of various lamp collections. As for the colors, Ring is available in white or black in combination with gold, but it is also available in other colors on request.

The two lamps have many points in common: what are the major differences, especially in the intended use?

They are two complementary proposals whose style allows to furnish a residential area with uniformity. Grid, which has a downward directed light, is ideal on a table, both in a home and in an office, for example in a meeting room. The ring is more similar to sculpture, so it is ideal also for large spaces such as the foyer of a hotel, where it is not necessarily the primary source of light. It is a real and pure decoration element and, in its oversized version, it plays the leading role to a great contract spaces. 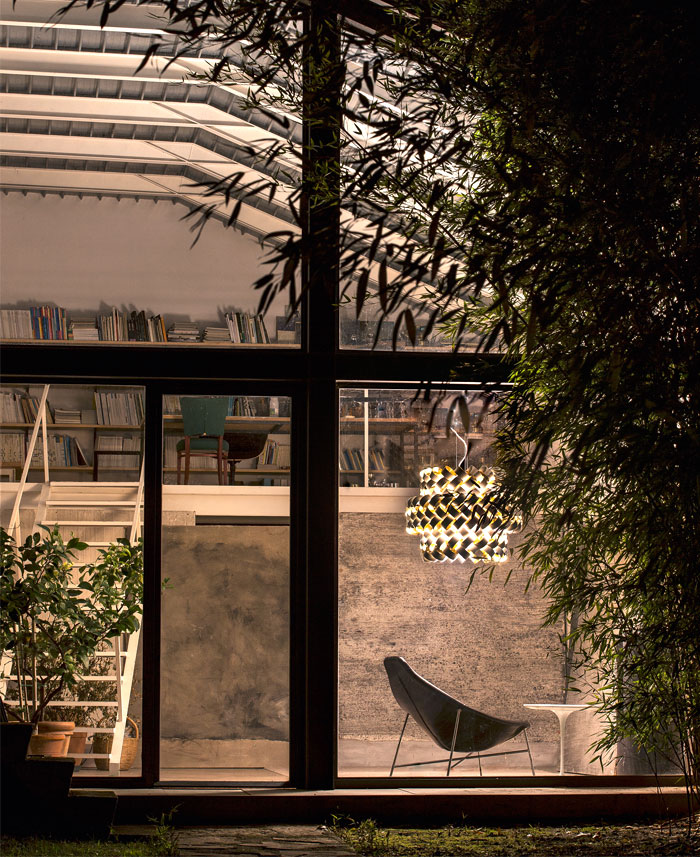 What is your thought about design as a synthesis of technology, functionality, and aesthetics?

In these days decoration has its soul and its value, which is to enrich the surrounding environment. For years aesthetics was almost inconvenient, and the functionality and technical side of a product were privileged. Now this concept of synthesis of all aspects is becoming relevant once again. Design, if it’s not accompanied by aesthetics, loses one of its core elements. 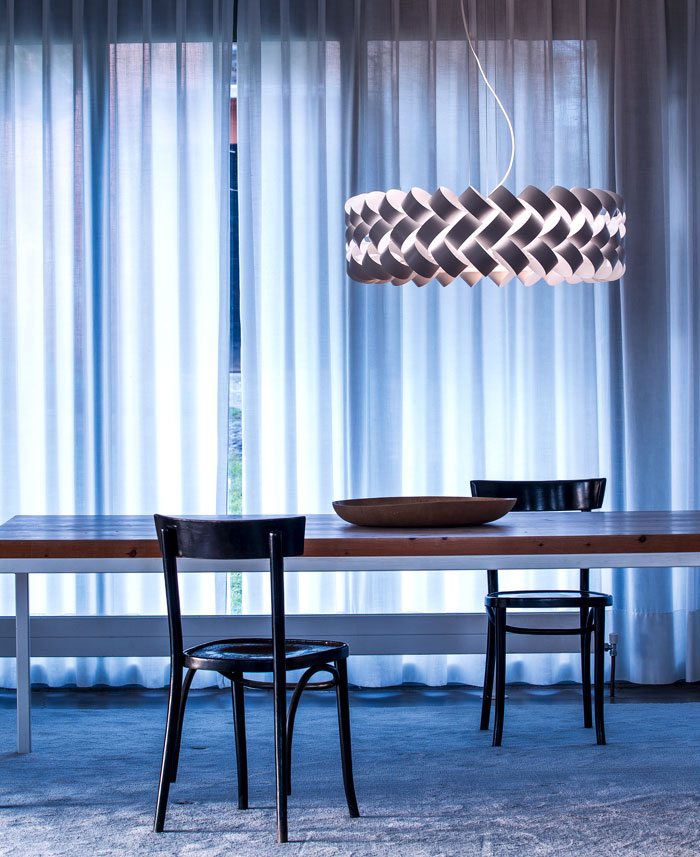