The project’s primary element is the great sculptural void which connects the three floors of the apartment, allowing sunlight to invade into space and creating different visuals. Drawing this void was the start of the whole project, with its form being strongly determined when the natural light, coming from the terrace, bathes the entire interior. 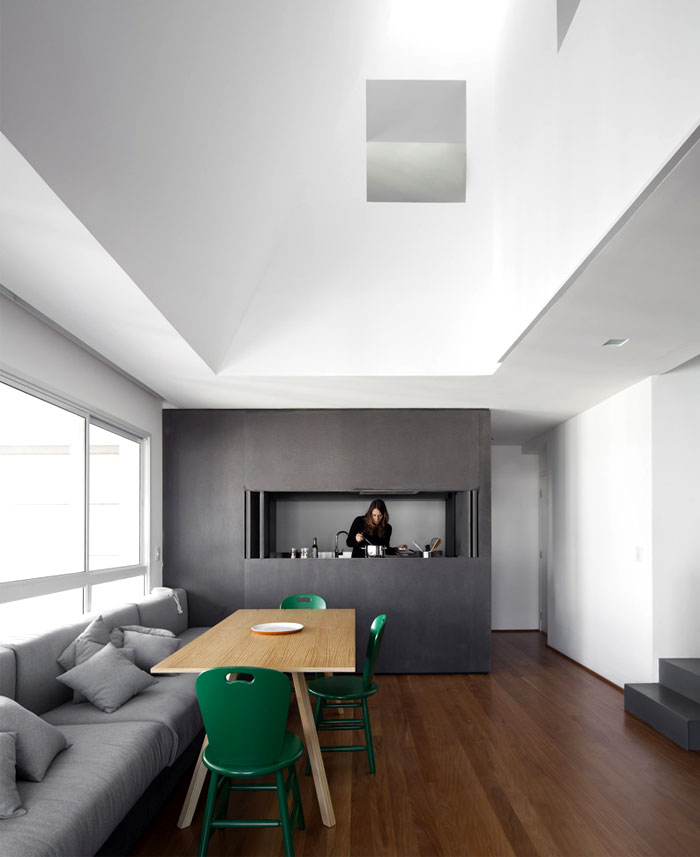 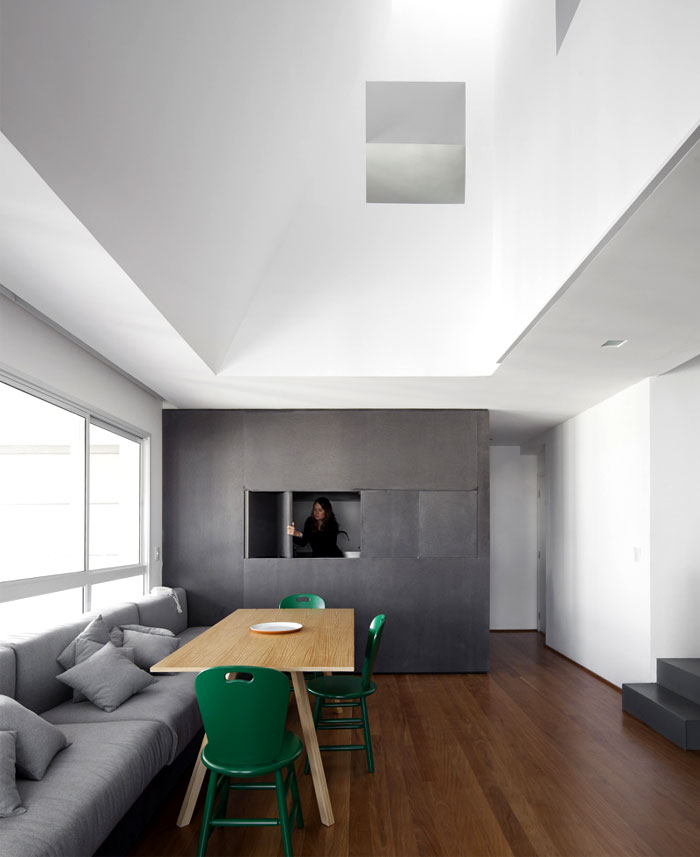 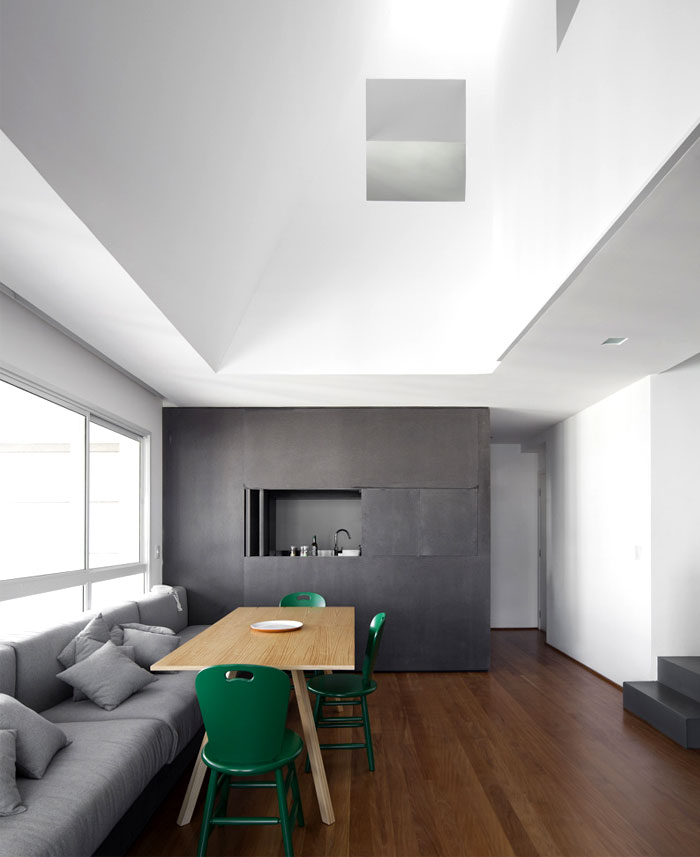 It proposes, on the one hand, new views by different openings, and on the other hand subtle changes of light and shadow throughout the day and year. The angular walls create a gorgeous game of dissolving whites in the central space, making the edges appear and disappear by each hour. The internal faces conform different rooms, giving them amplitude and various functions, as headboards or benches for example. It is the construction of this void that gives meaning to the entire space by which life unwinds.  Photography by Maíra Acayaba 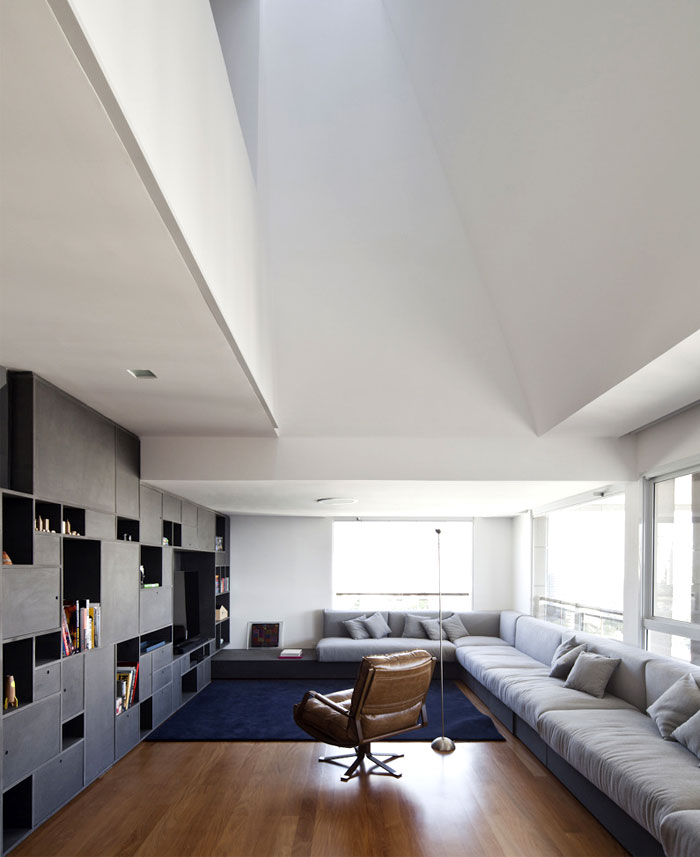 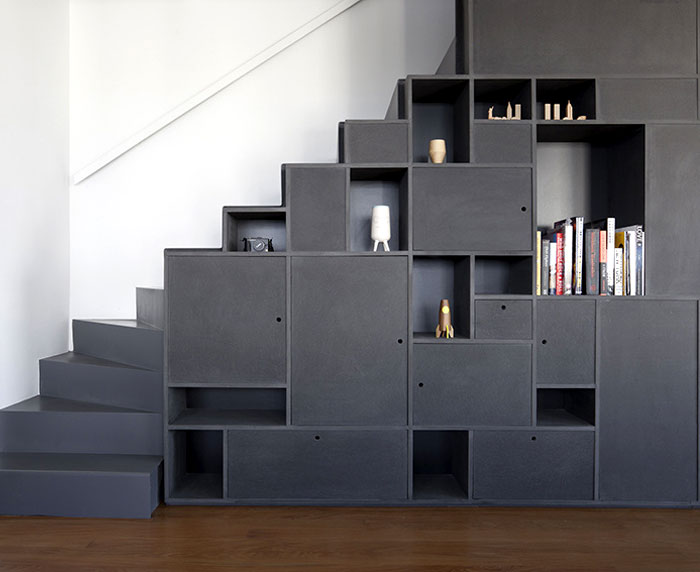 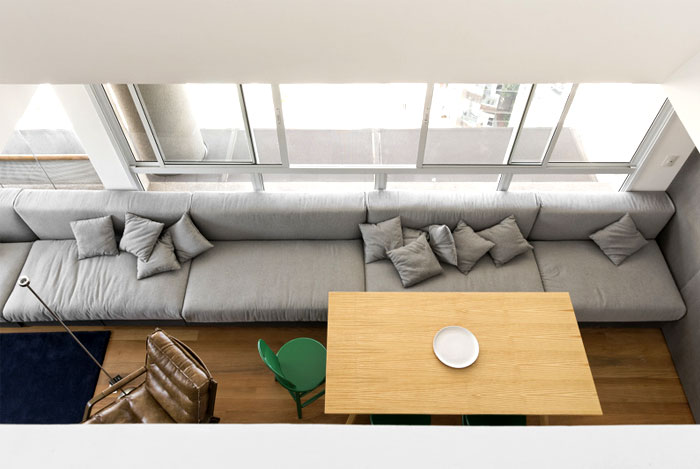 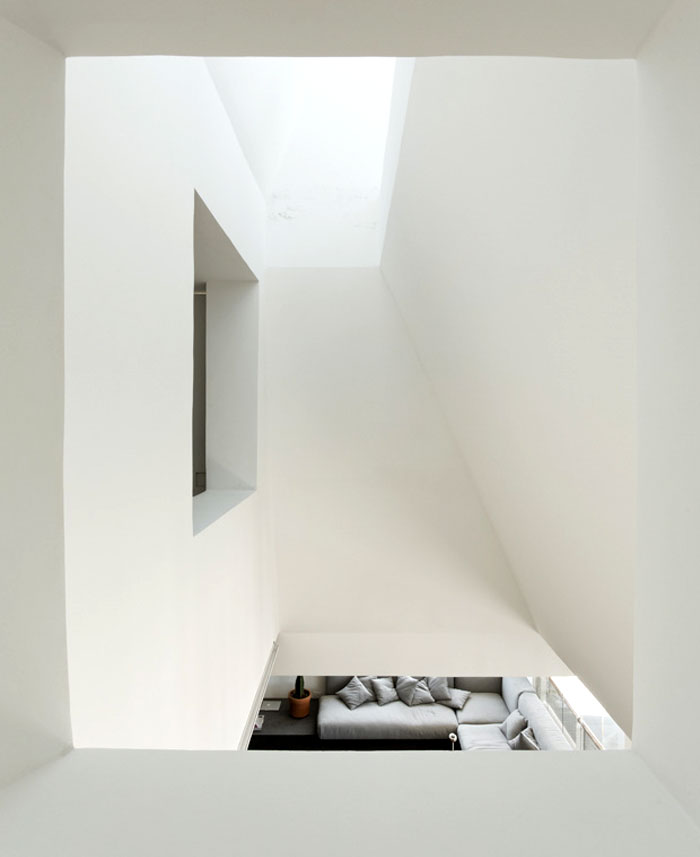 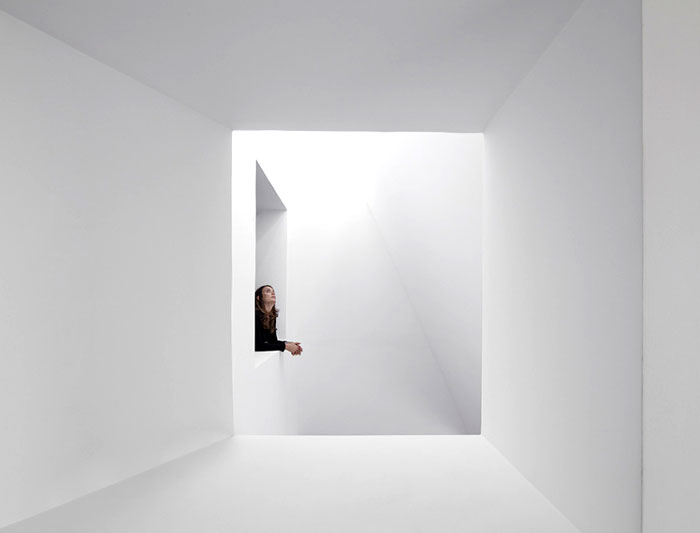 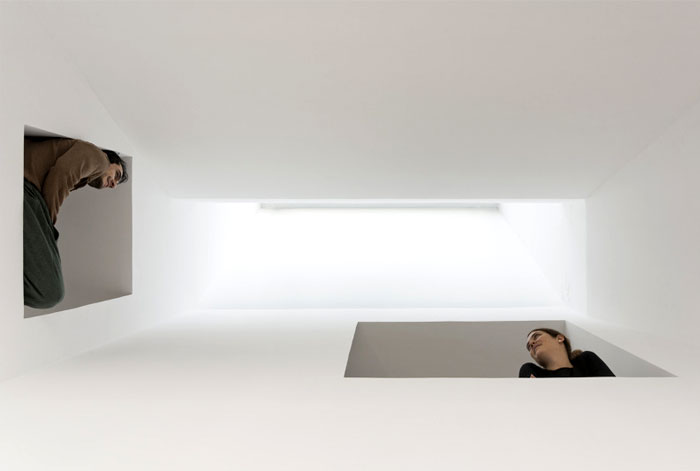