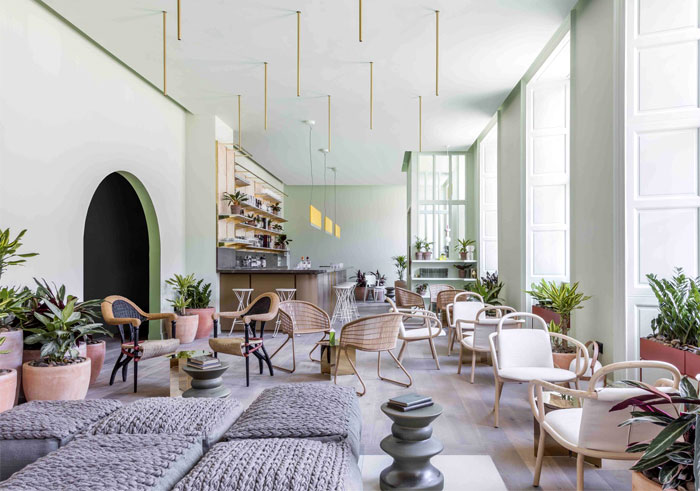 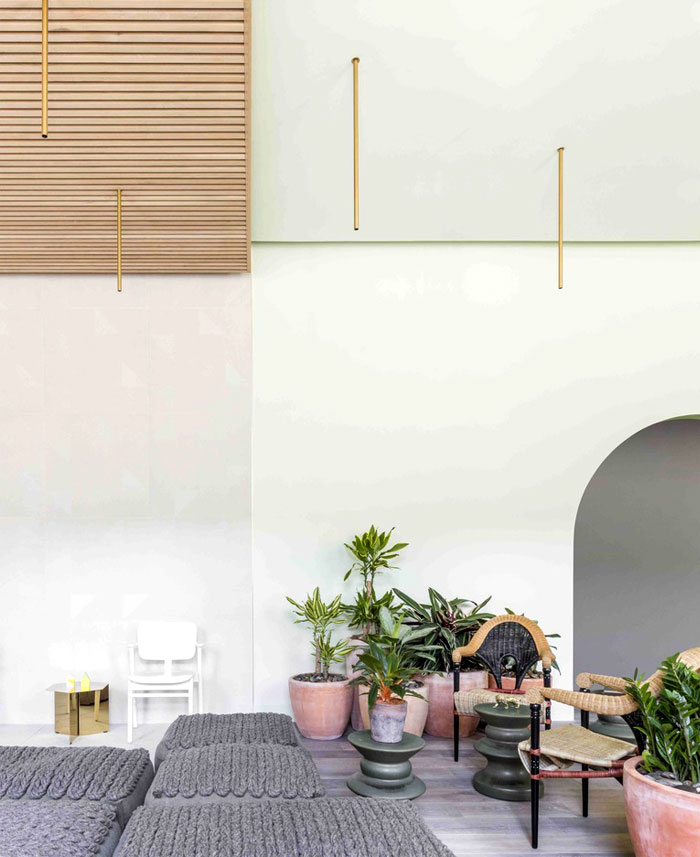 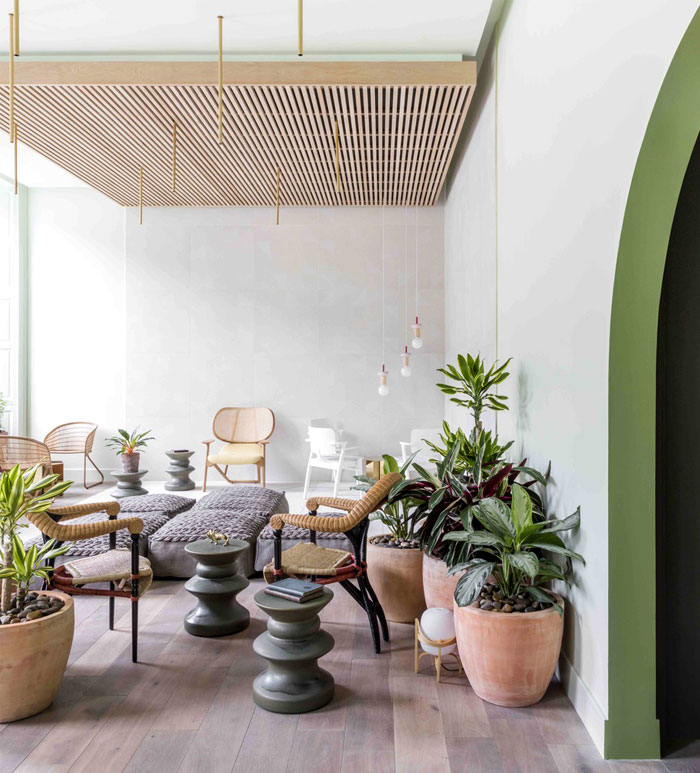 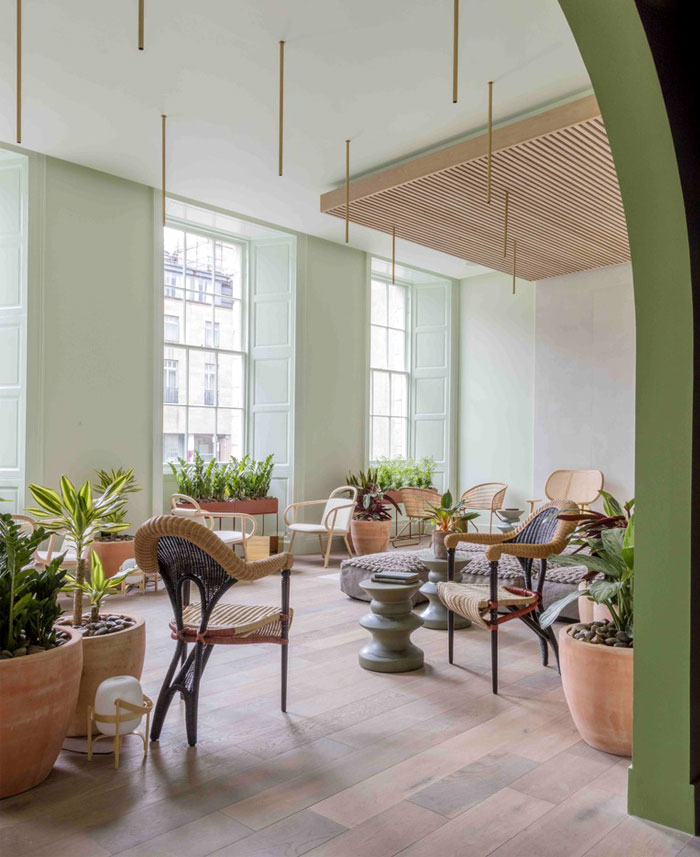 Inside the gray sandstone building, Grzywinski+Pons retained the heritage of the site by keeping existing details like the arrangement of the windows and doors but created an airier open floor plan by extending into the Georgian volume and the 20th-century extension. Different parts of the hotel, like the cafe and lounge area, are visually sectioned off using hangings of brass tubing or canary yellow panels. 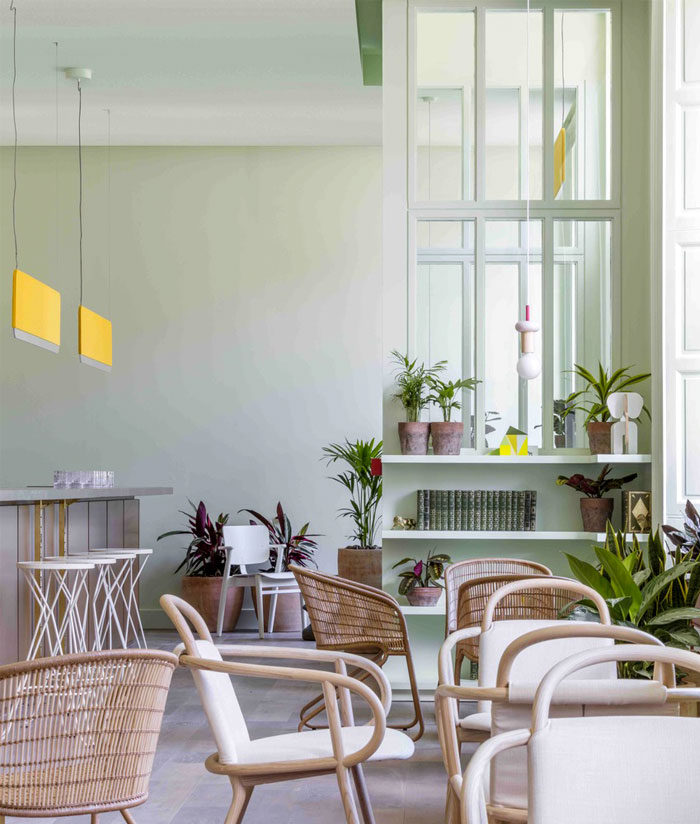 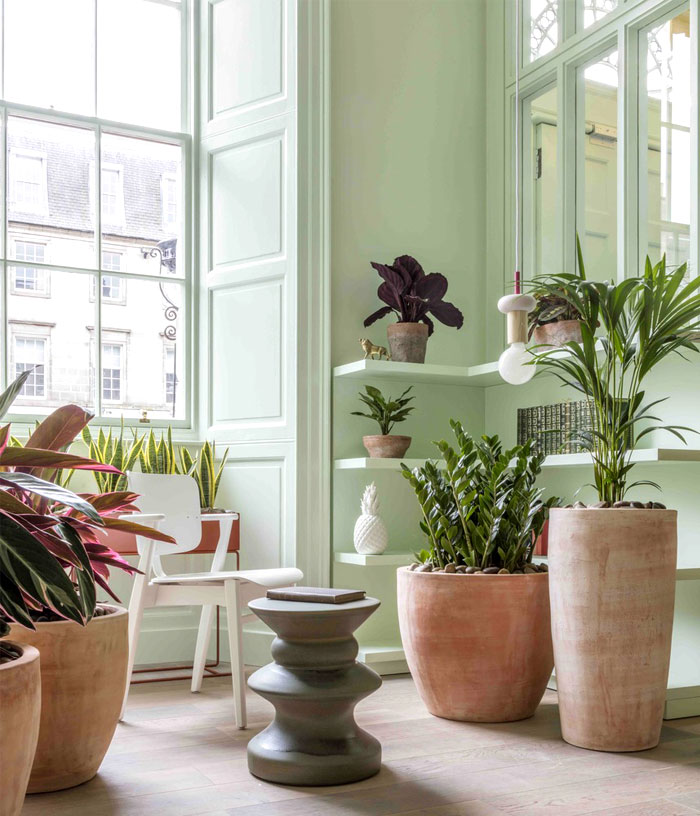 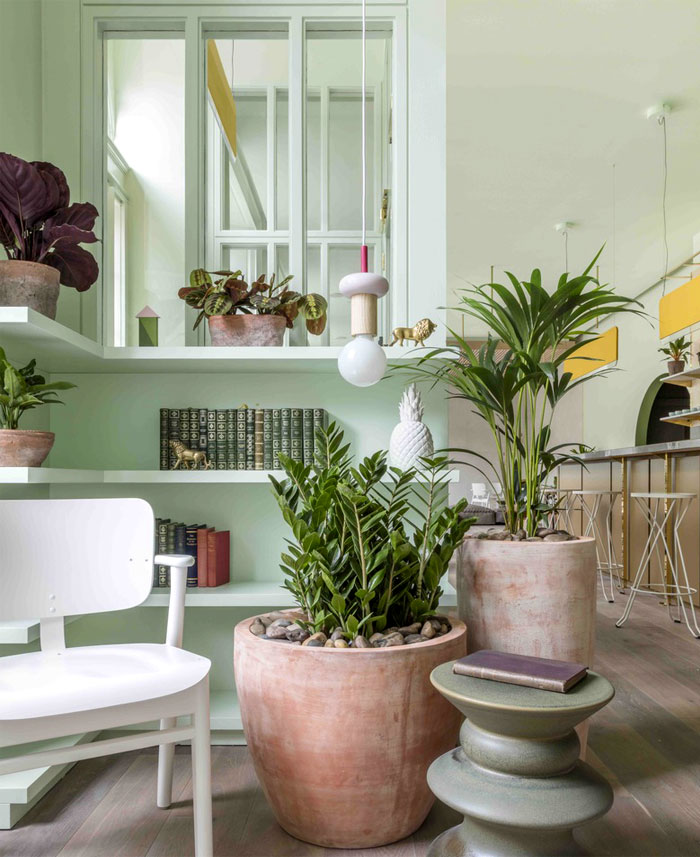 To contrast with the stone facade, the studio chose a tropical, pastel color palette that pairs well with the natural light that pours through the windows, the ample greenery, and the combination of materials and textures found throughout the hotel. All of these aesthetics aide in creating an inviting, homey atmosphere. 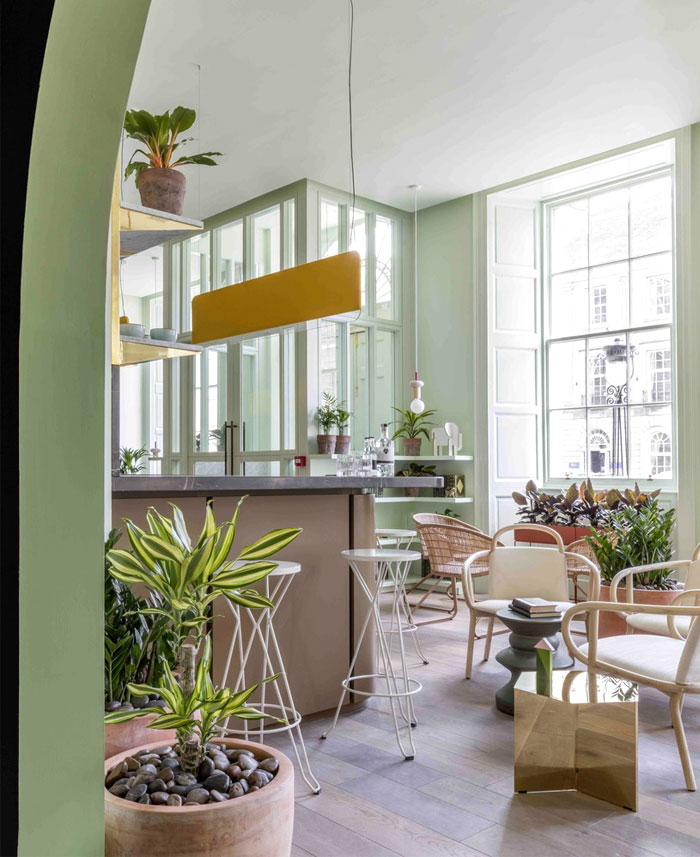 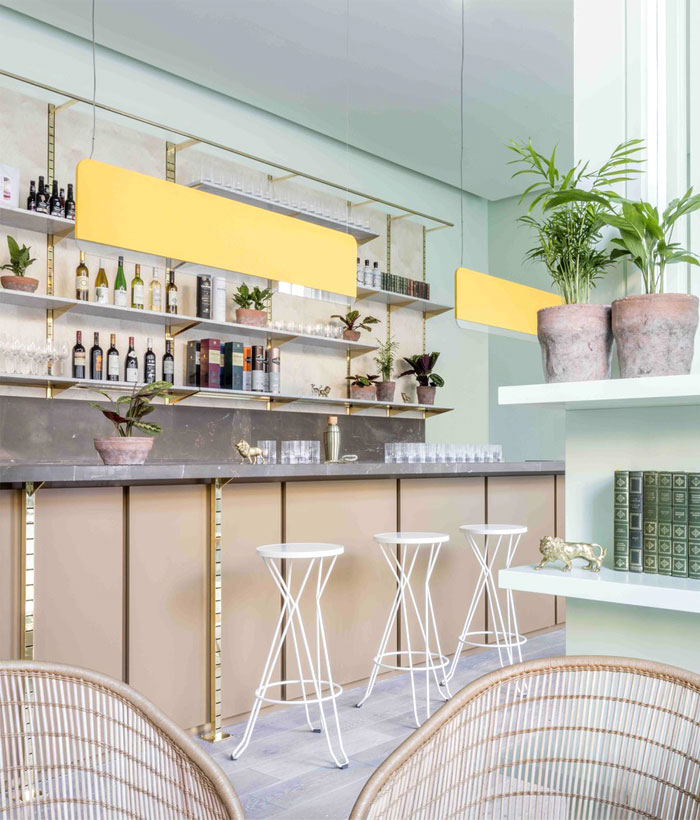 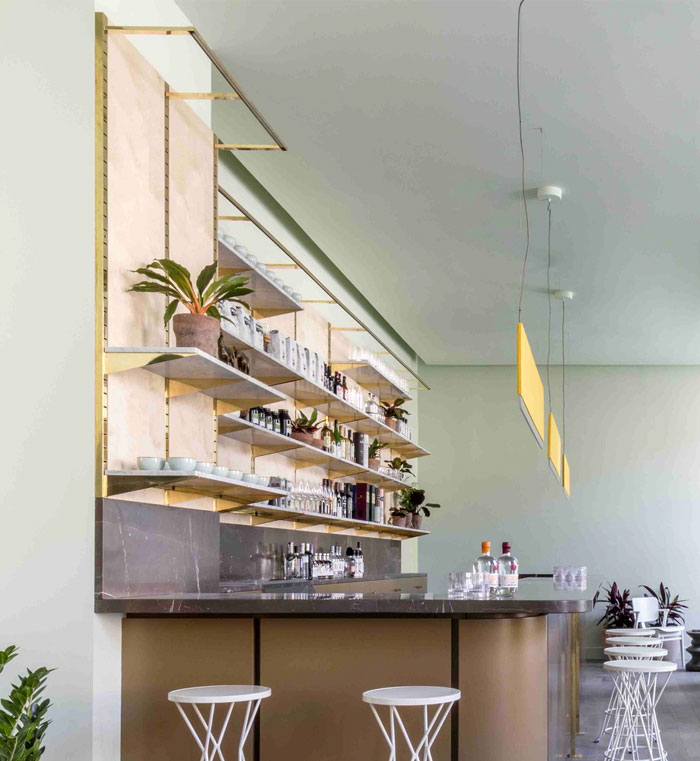 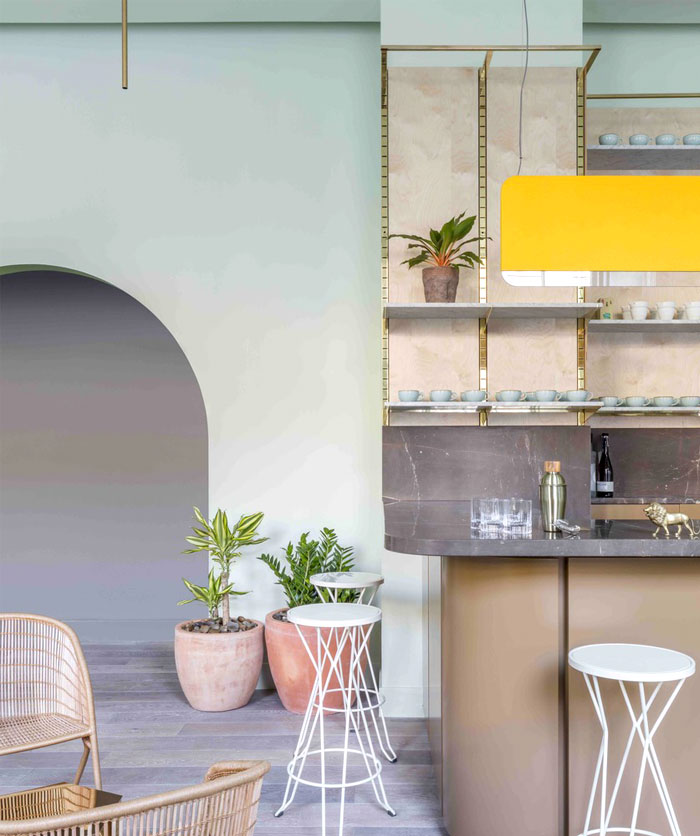 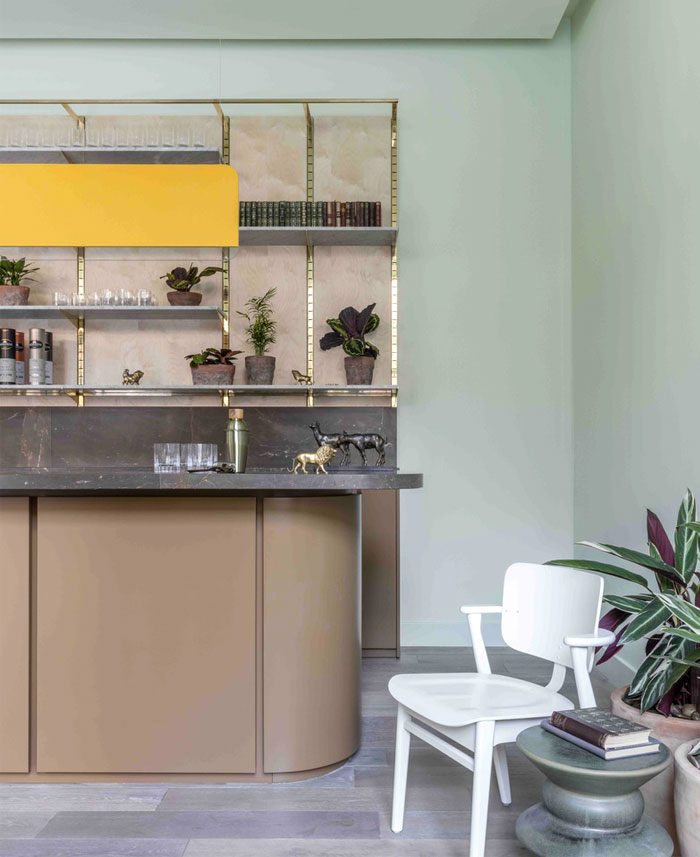 The studio also created a majority of the furniture and fixtures, a combination of wicker chairs, brass accent tables, minimalist pendants, and more. 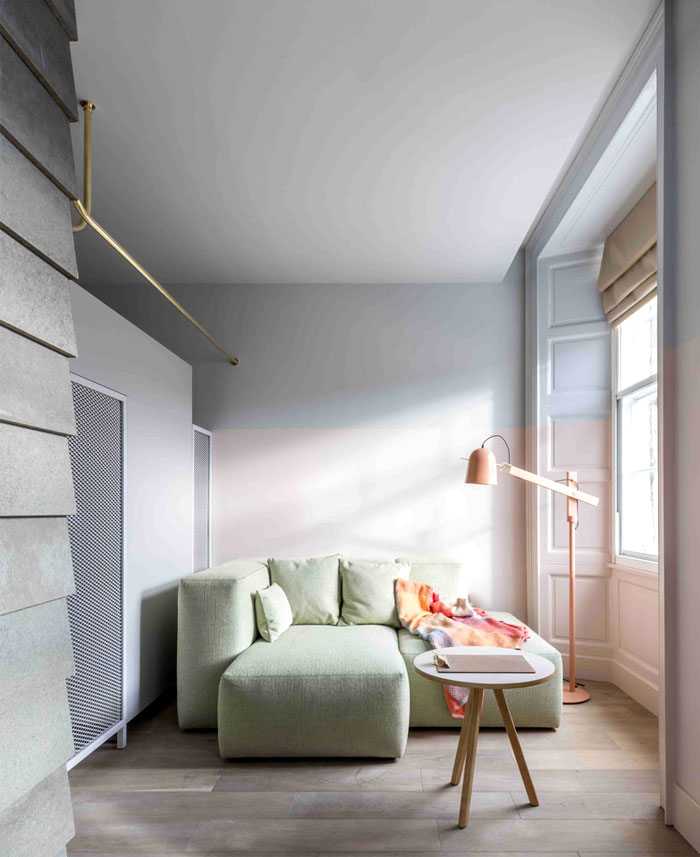 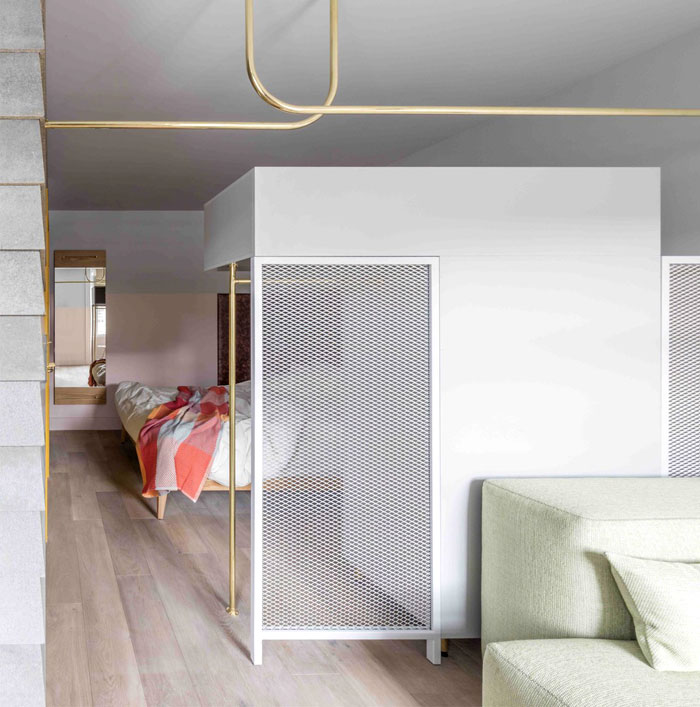 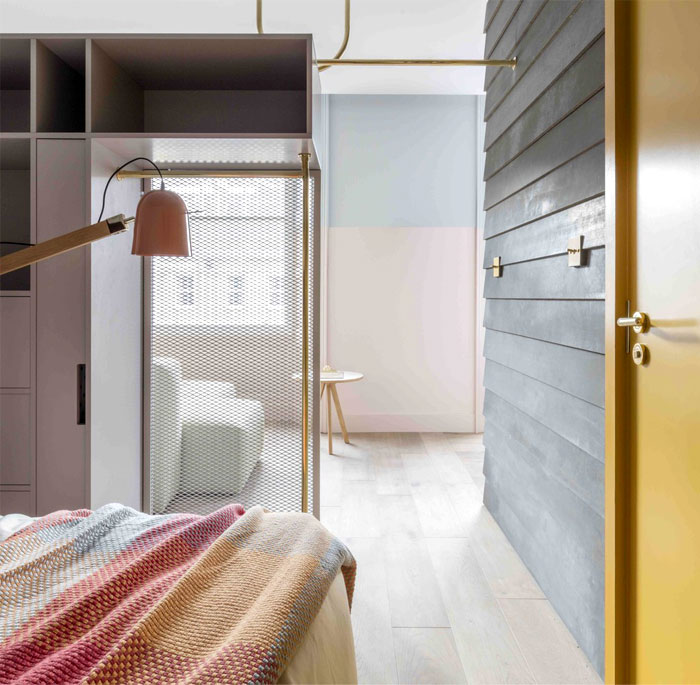 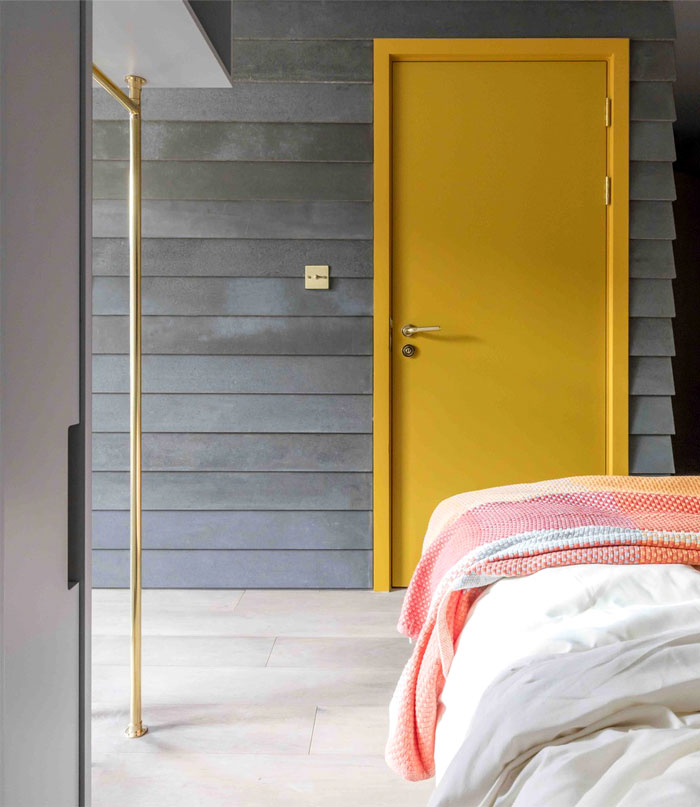 Inside the rooms, you’ll find brass hardware and fixtures mixed with pastel throws, dinnerware, furniture, and decor. From the window, the sight of the historic buildings of Edinburgh is juxtaposed against modernly furnished rooms. Photography by Nicholas Worley. 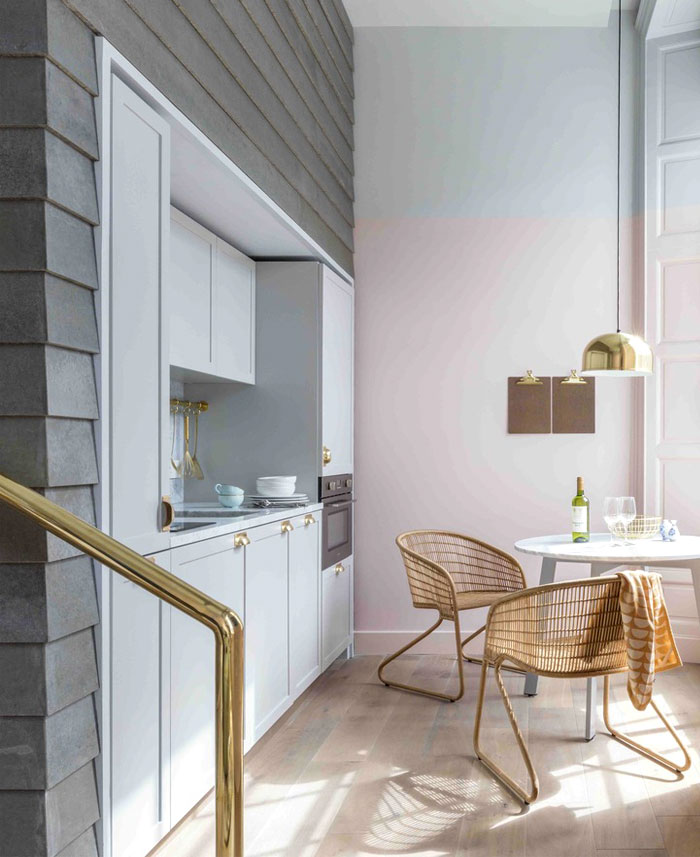 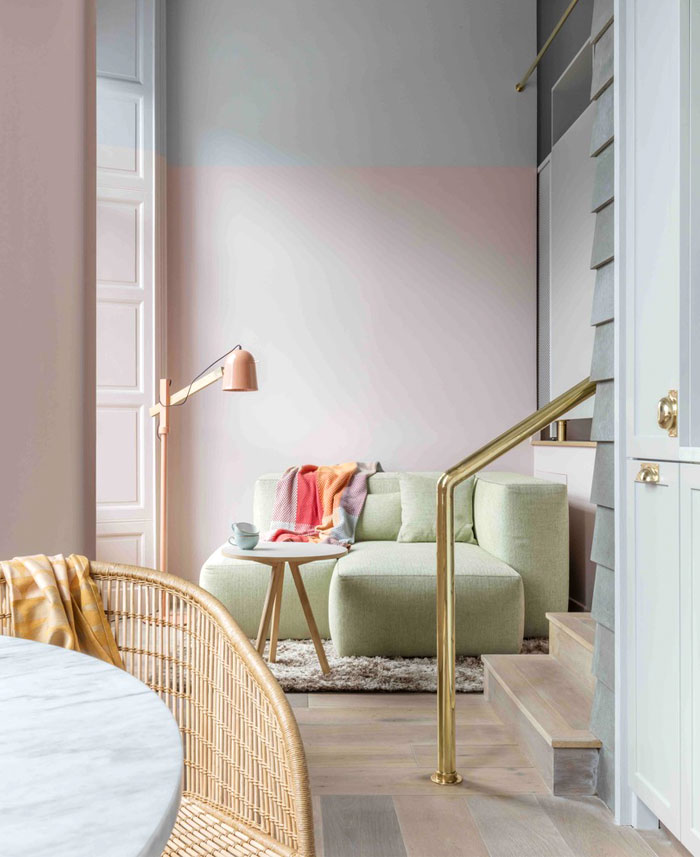 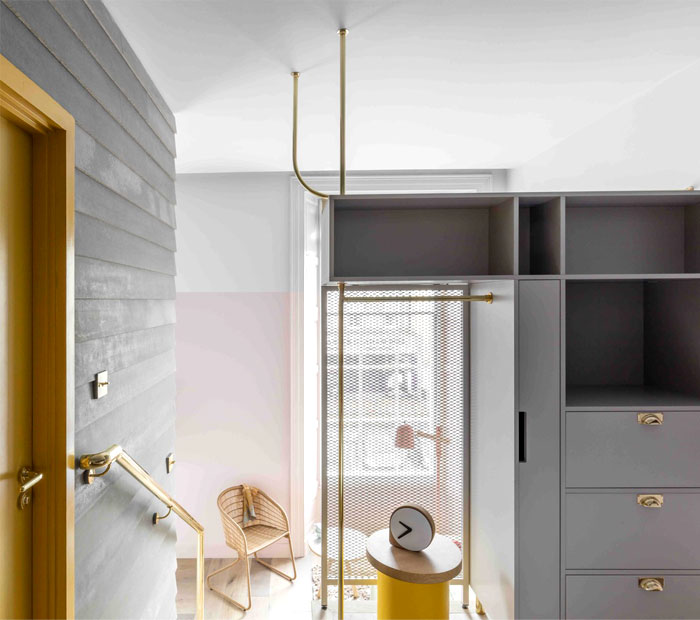 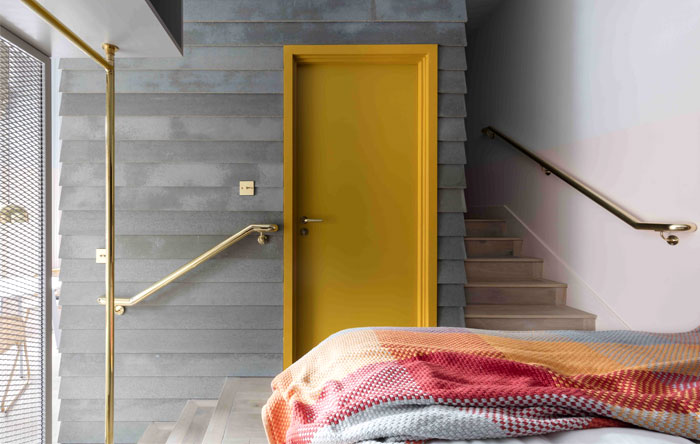 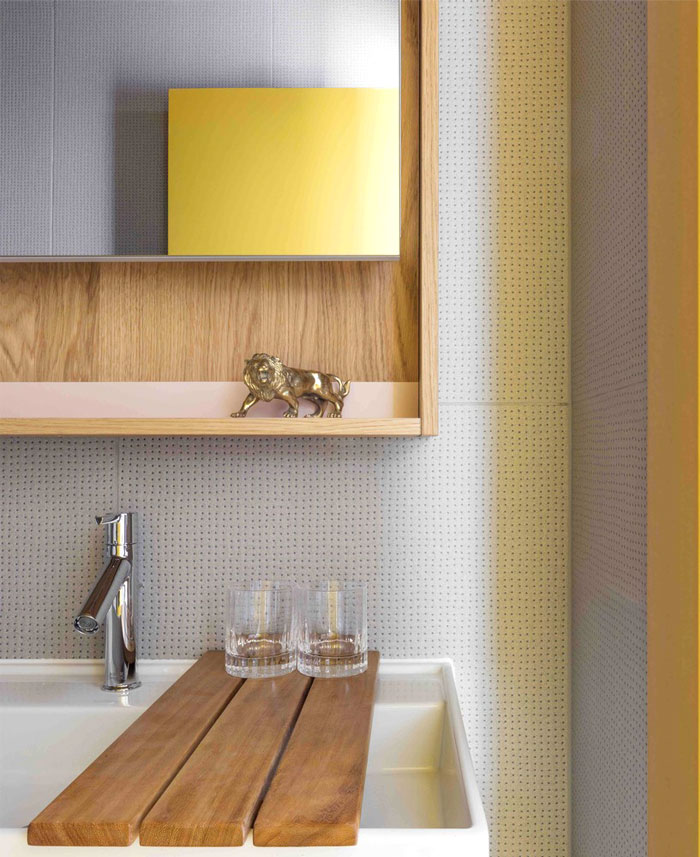 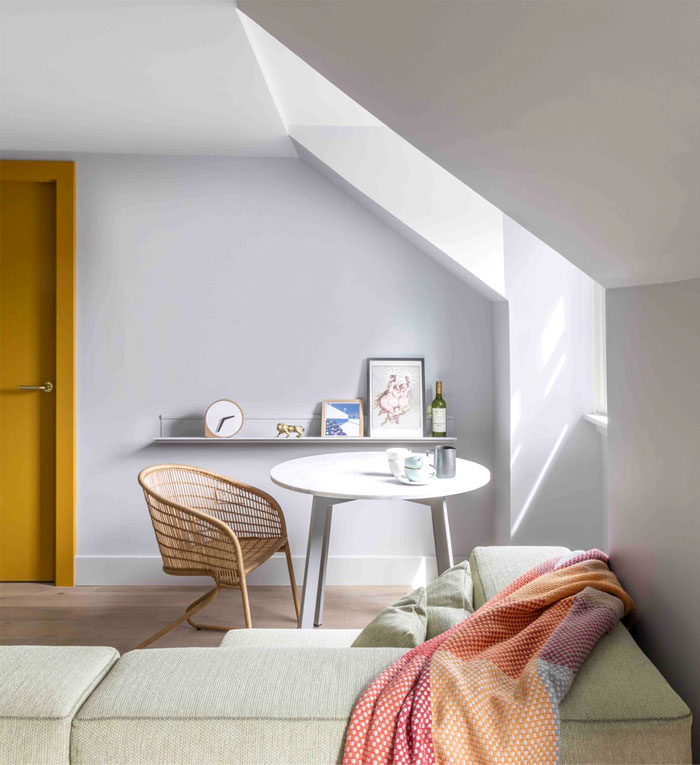 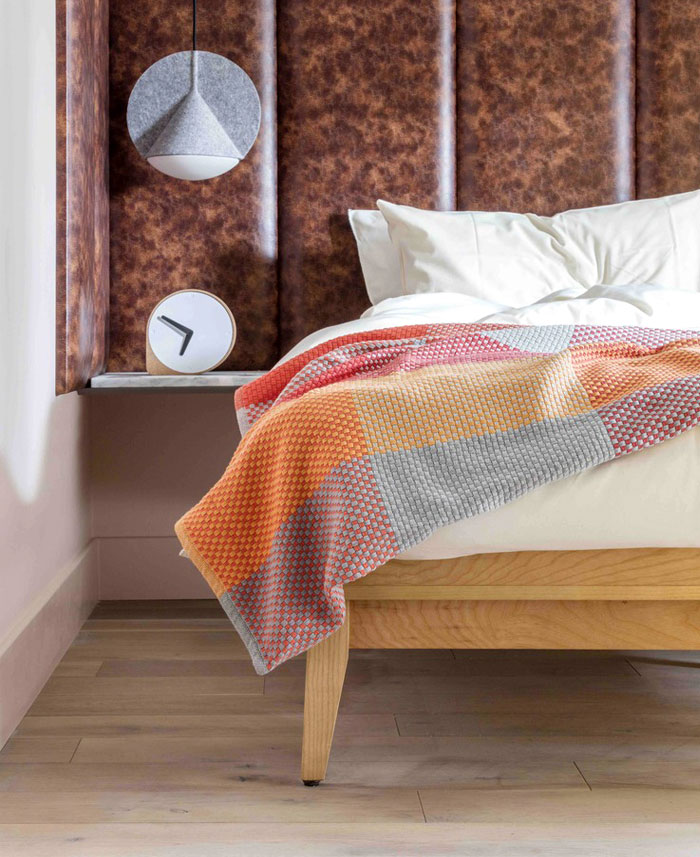 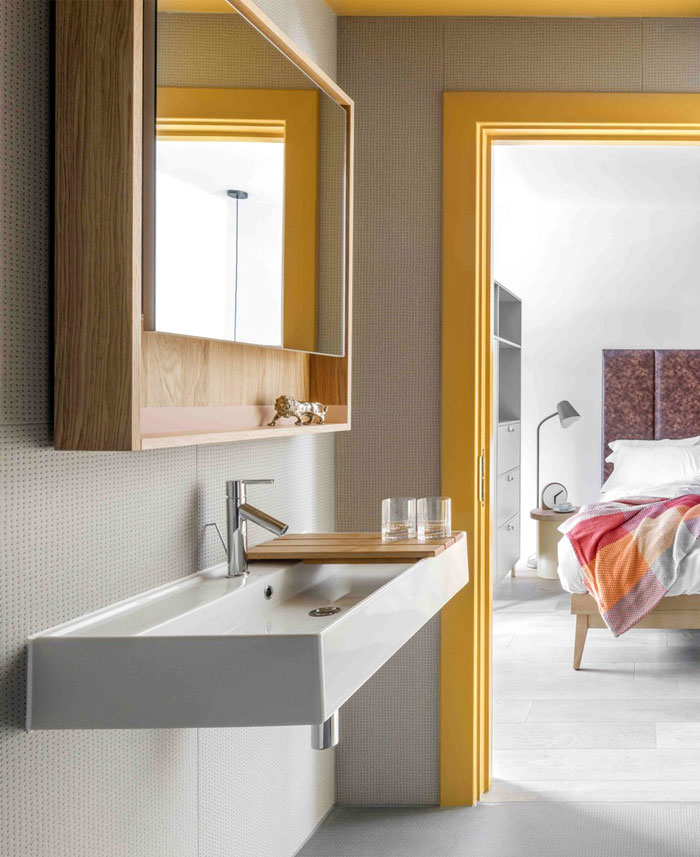