The Giro d’Italia and the Tour de France are two of the most eagerly awaited events in the world of cycling and sports in general. Hard physical efforts have created celebrities whose fame goes beyond cycling enthusiasts, turning two sporting events into tradition and culture. Adrenalin and excitement accompany each leg of the race but, once the last kilometer is reached, it’s necessary to think about the essential comfort and relaxation. 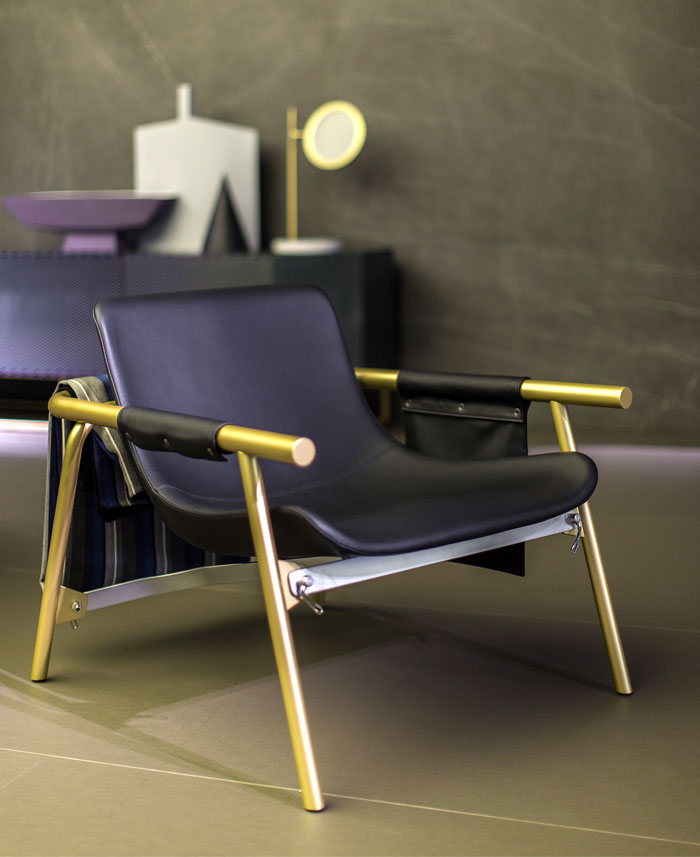 Bonaldo has interpreted these needs in its new Eddy armchair, designed by Alain Gilles and presented at the Salone del Mobile 2017 of Milan. For this design, the Belgian designer drew his inspiration directly from the world of cycling: for the name he was inspired by the famous cyclist, his fellow countryman and undisputed champion in this field while the shape recalls the styling and characteristics of the fixie bike, a vintage fixed-gear bicycle that is lightweight and minimal. Alain Gilles studied accurately every accessory and detail of these bicycles – from the frame to the release mechanism and side bags – to interpret them in the realization of each element of the armchair. 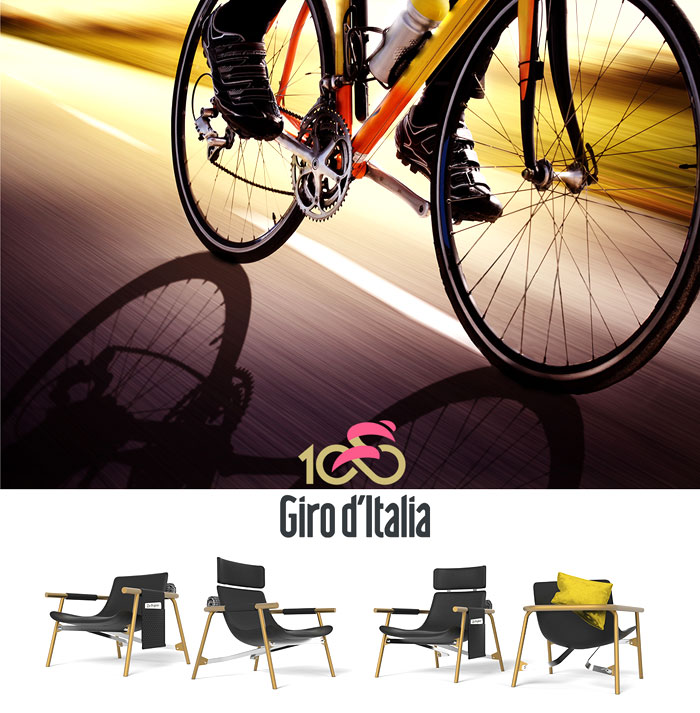 “If you think about it, many of the first prototypes in the history of design were made in cycling workshops,” explains Alain Gilles, “because that’s where the masters of tubular metal manufacturing were and they had the expertise required to make those objects with such essential style.” The Eddy armchair is built using the same logic as bicycle construction, around a tubular metal frame, while the seat is designed to be comfortable and ergonomic. 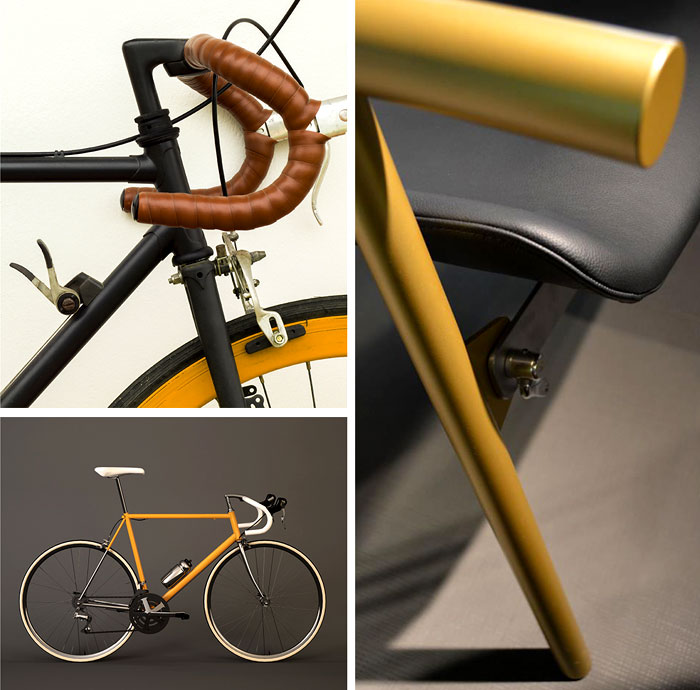 The way in which the various parts of the frame are connected – using “quick release” fittings – is an obvious reference to the cycling world. The use of separate elements to make up the frame of the armchair makes it possible to play with the graphics and thus create multiple combinations and possibilities of customization. The armrests can be embellished with side pockets which are useful to store books and magazines or to keep remote controls within easy reach. Eddy is available with or without headrest. 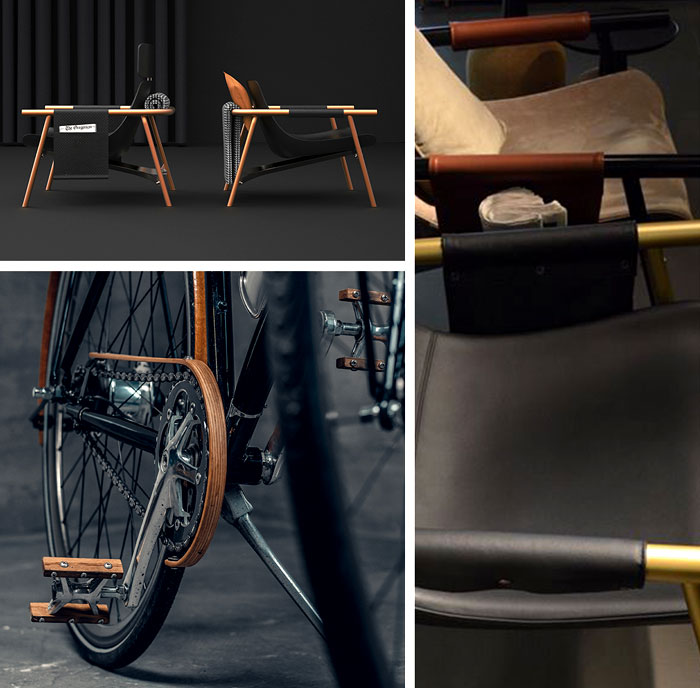 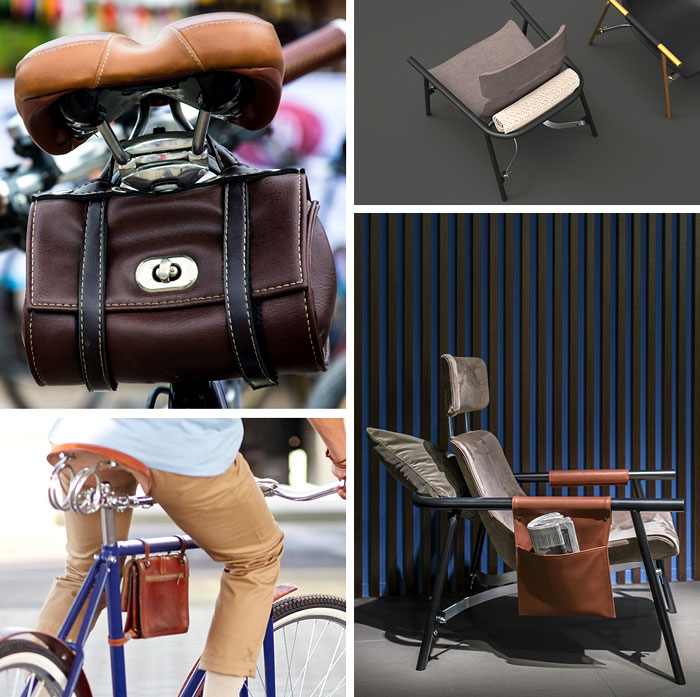 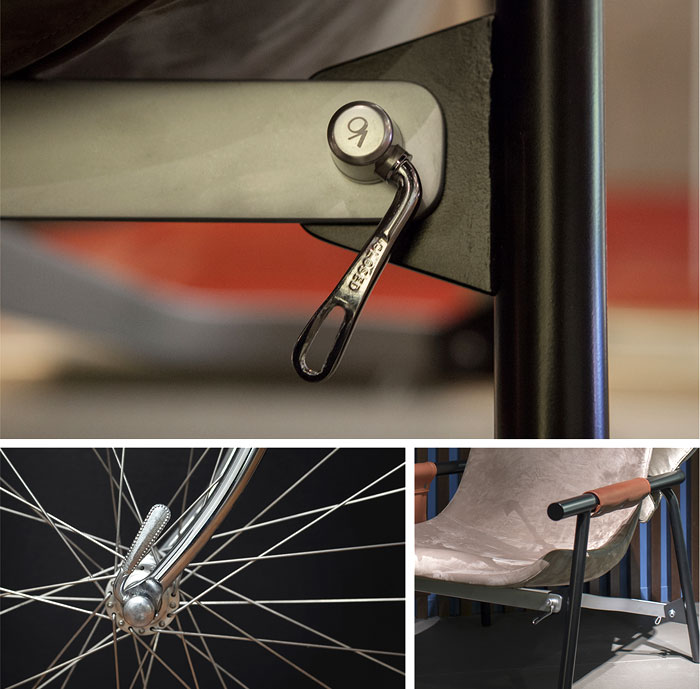 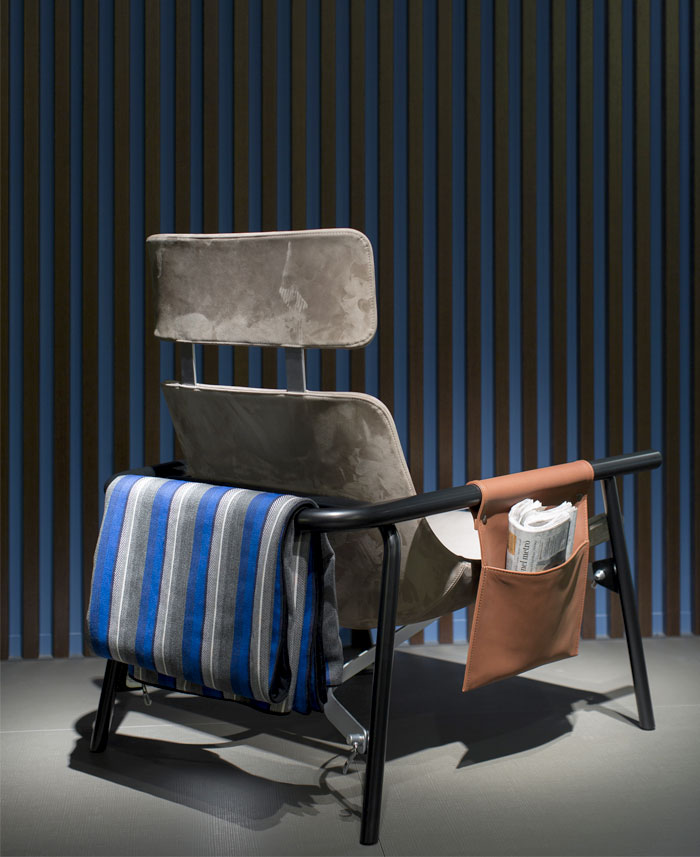 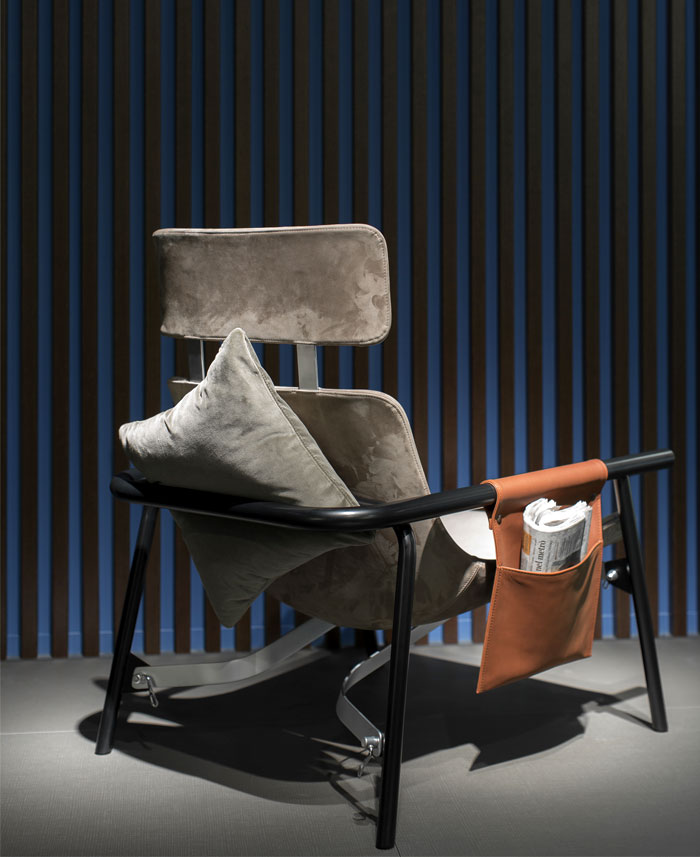 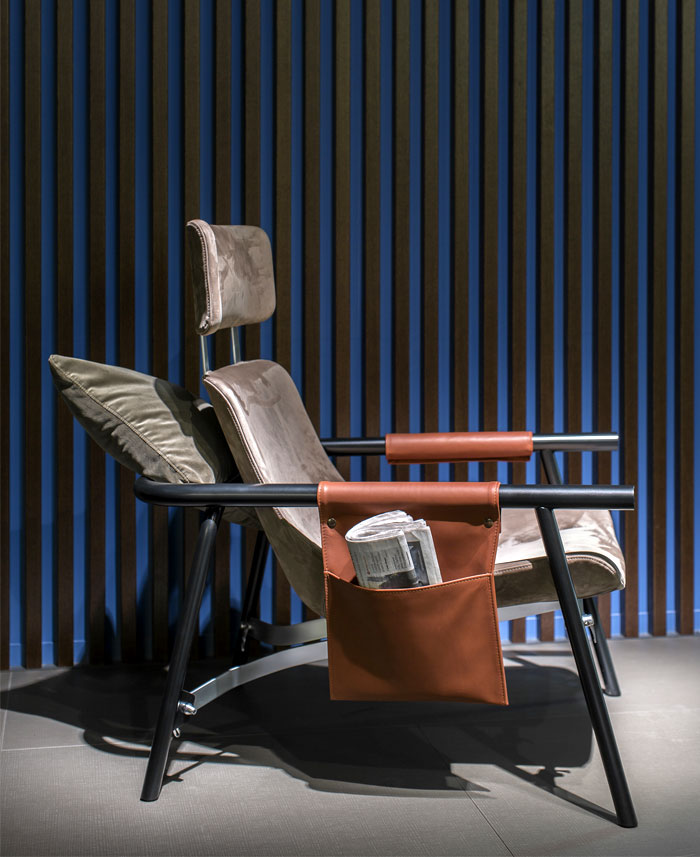 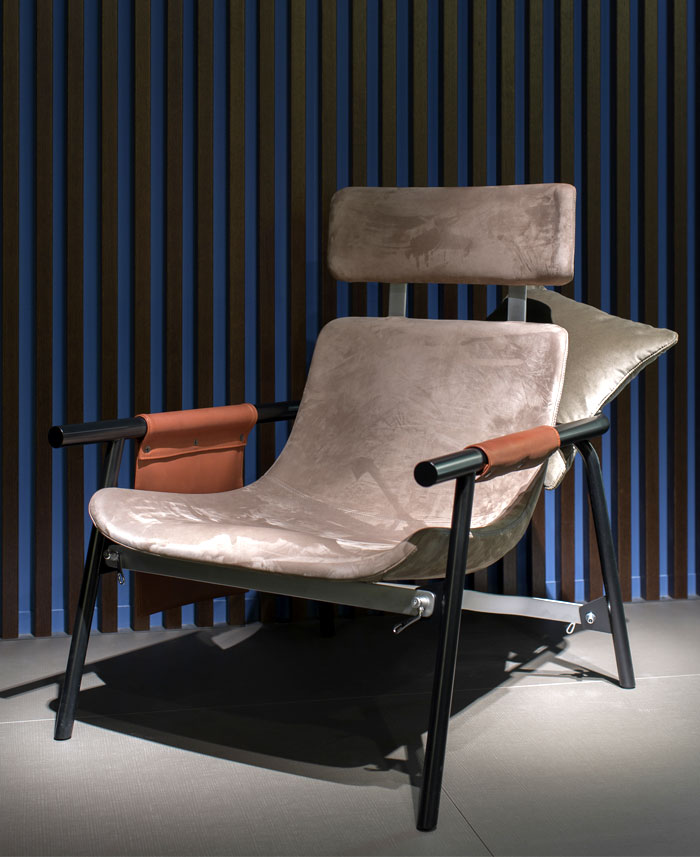 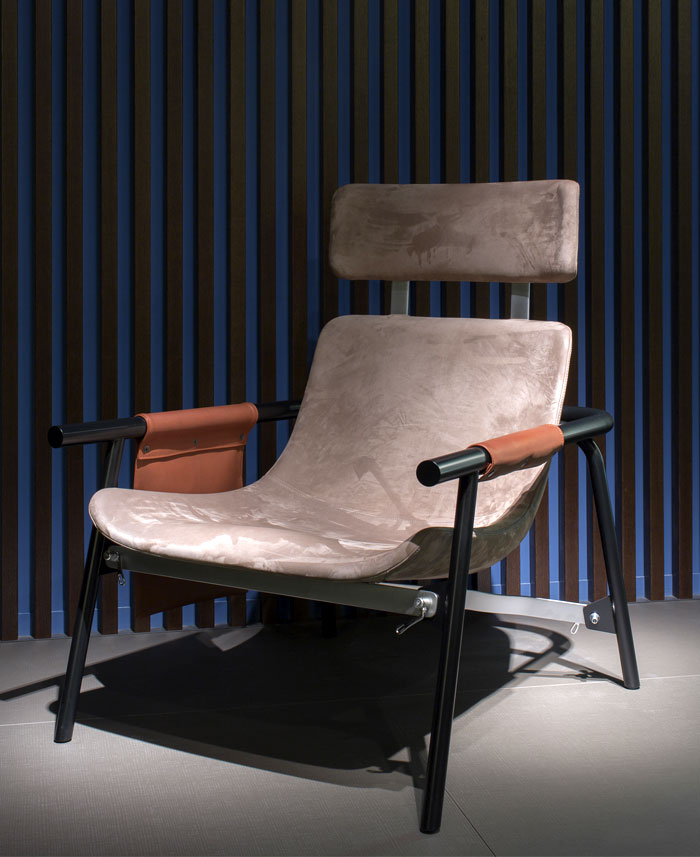