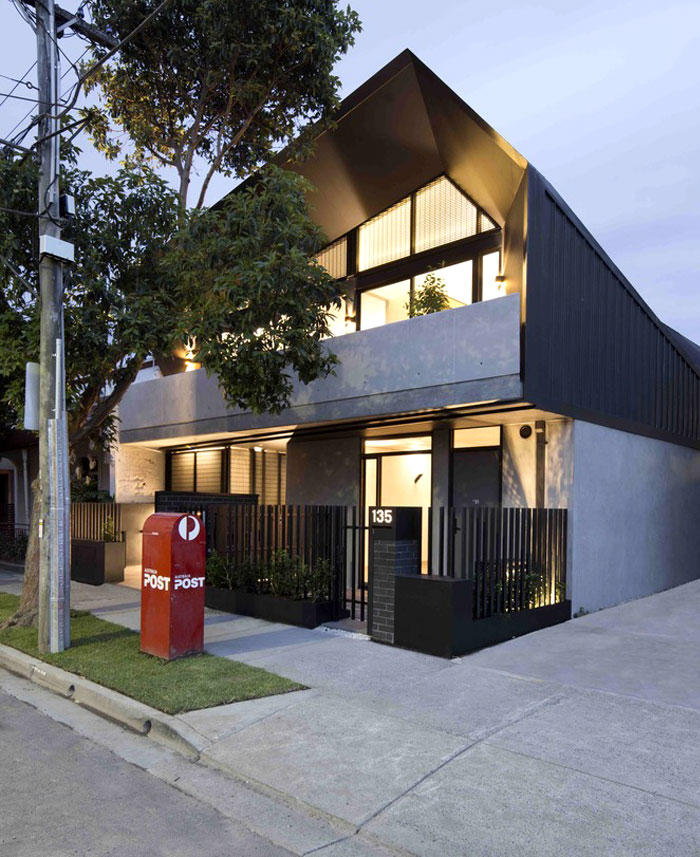 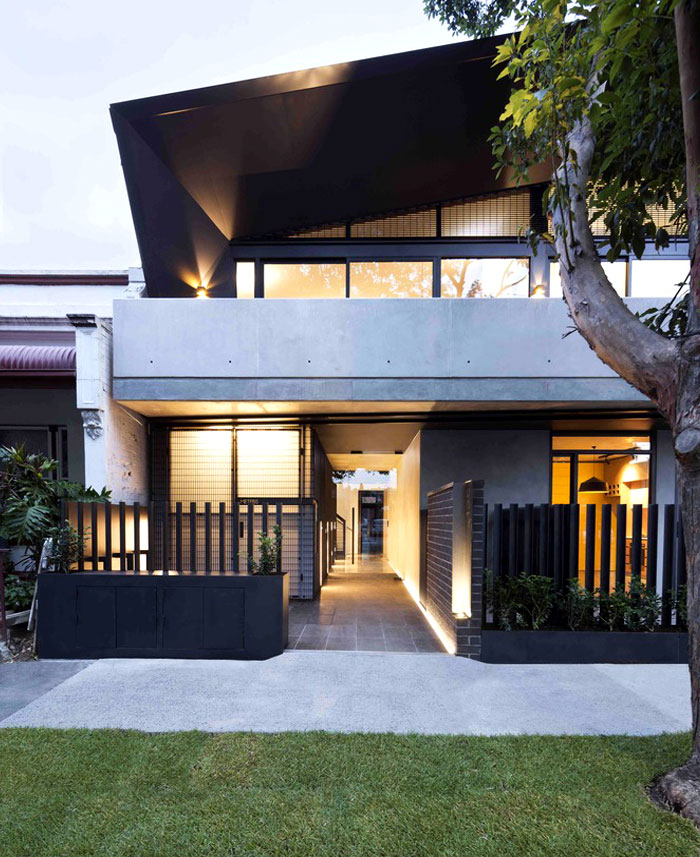 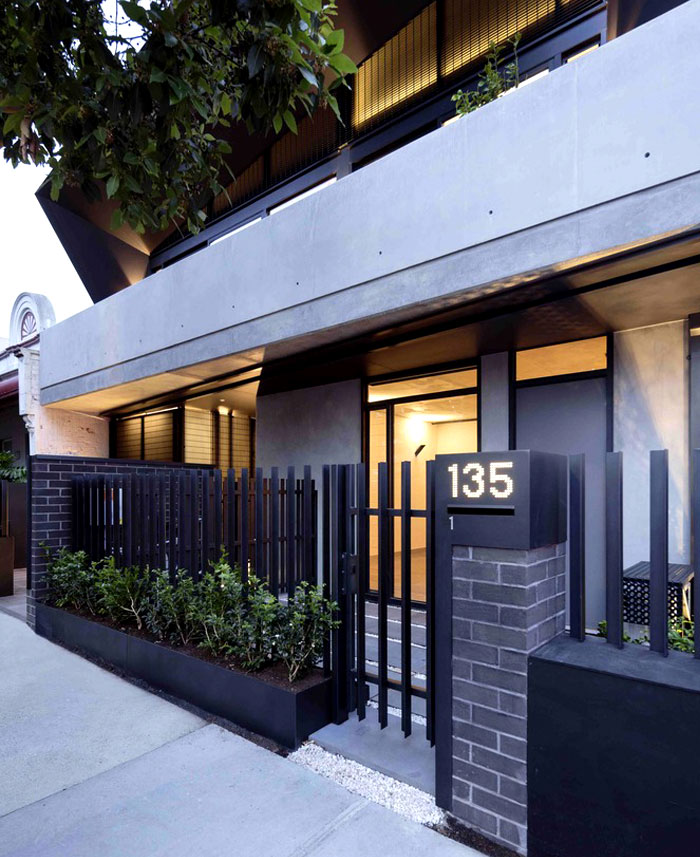 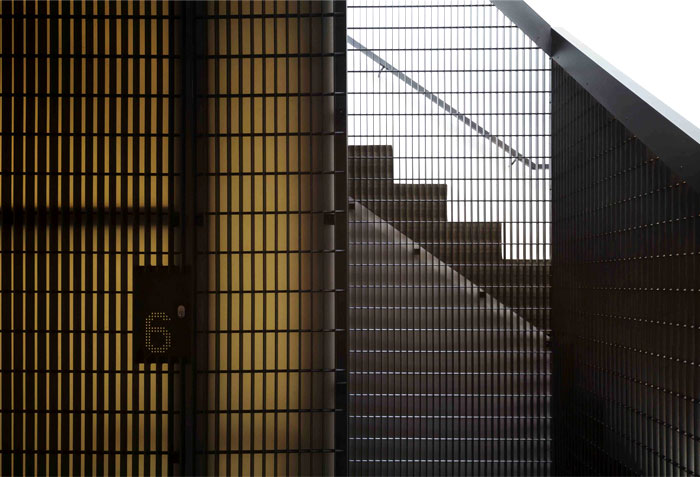 Richmond, to the east of the Melbourne CBD and adjacent significant parkland and sporting precincts, is undergoing considerable urban transformation through large scale residential developments along major transport links. This project site, however, is set within a quieter residential street of freestanding family homes and intermittent walk-up apartments with minimal setbacks from side boundaries and visually dominant on site car parking. The site was formerly occupied by a single weatherboard dwelling, the dominant characteristic of the street, though dilapidated in its presentation and amenity.

The Richmond six-pack, with a brief to increase site density, consists of five one bedroom units and a single two bedroom unit. It reinterprets the traditional six-pack model through the removal of car parking, increased engagement with the street and improved internal amenity. Taking advantage of the nearby train and tram routes, and the extensive bicycle path network, the design proposes bike parking and access to public transport instead of private vehicle ownership. Removing on site car parking became a core value of the project, one vigorously pursued through design and planning to provide an alternative living option. 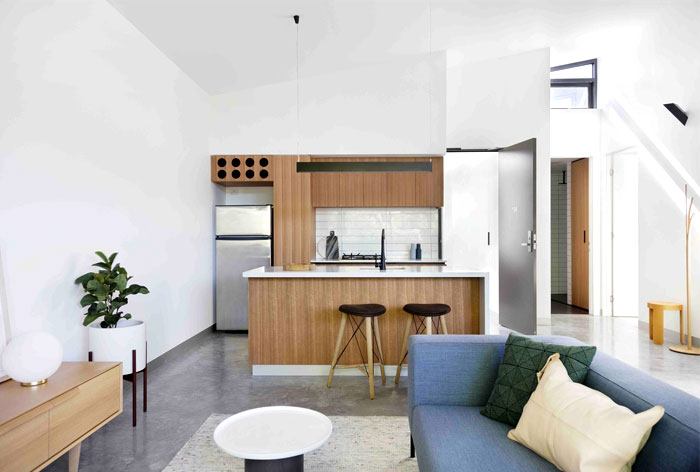 The key design objective of the two-story form was to use the angled roof, derived from a mapping of solar access to the southern neighbor, as a device to wrap the residential units and define the form. As a result, the project graduates and addresses the street at the scale and articulation of a single dwelling, allowing for a more considered and welcome inclusion to the neighborhood.  Photography by Benjamin Hosking 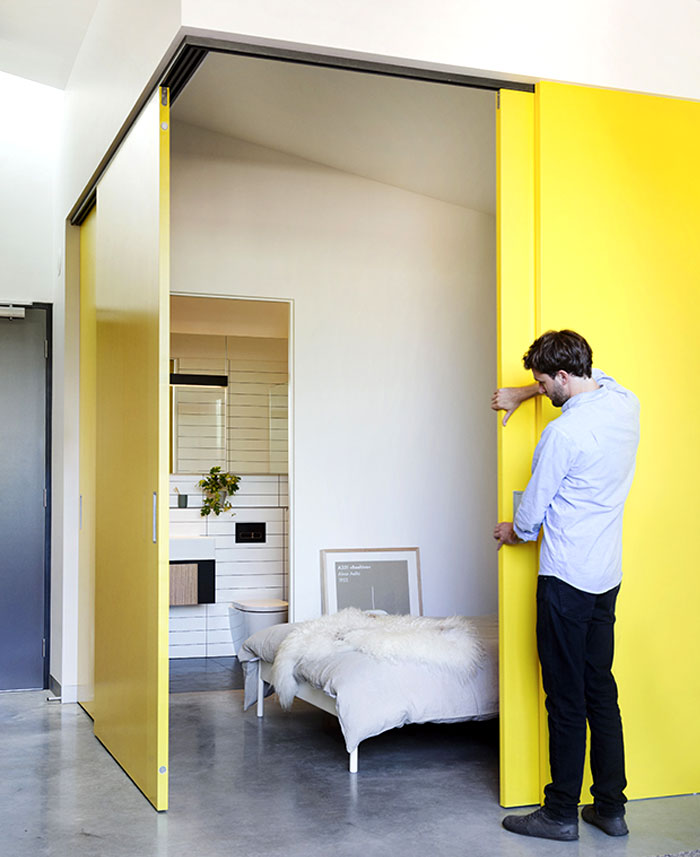 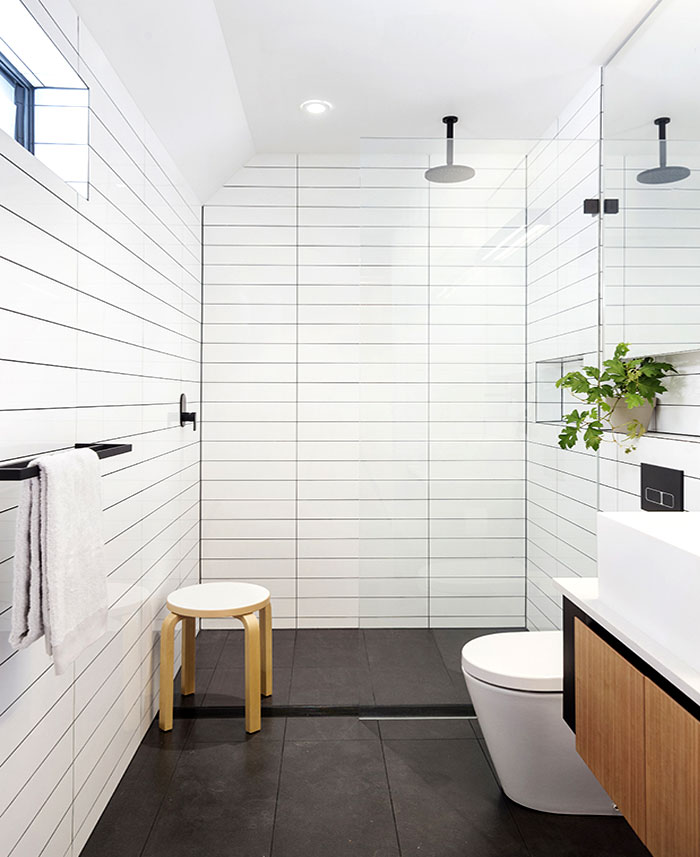 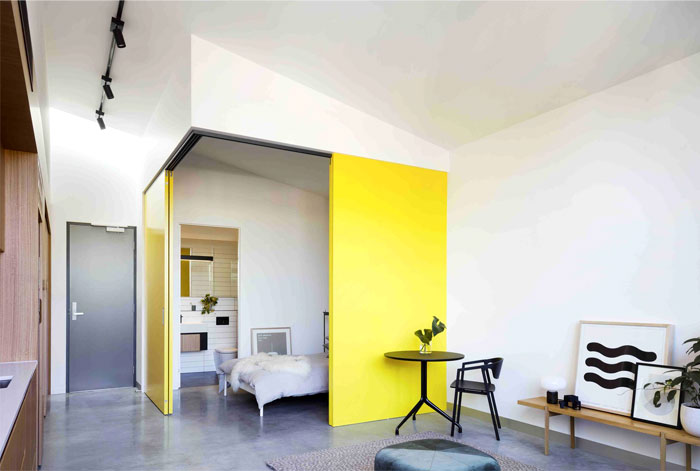 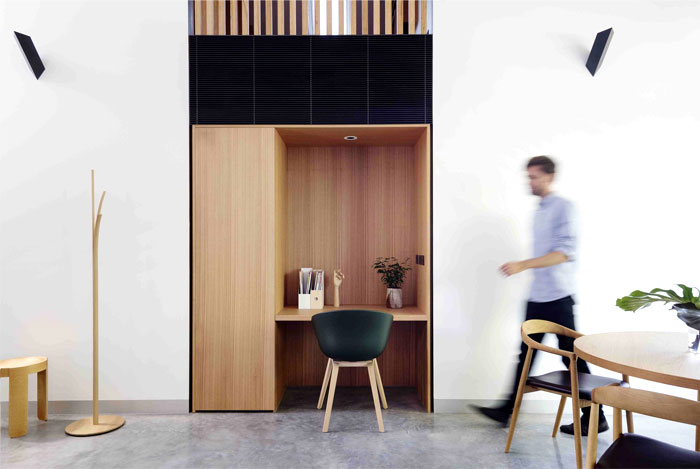 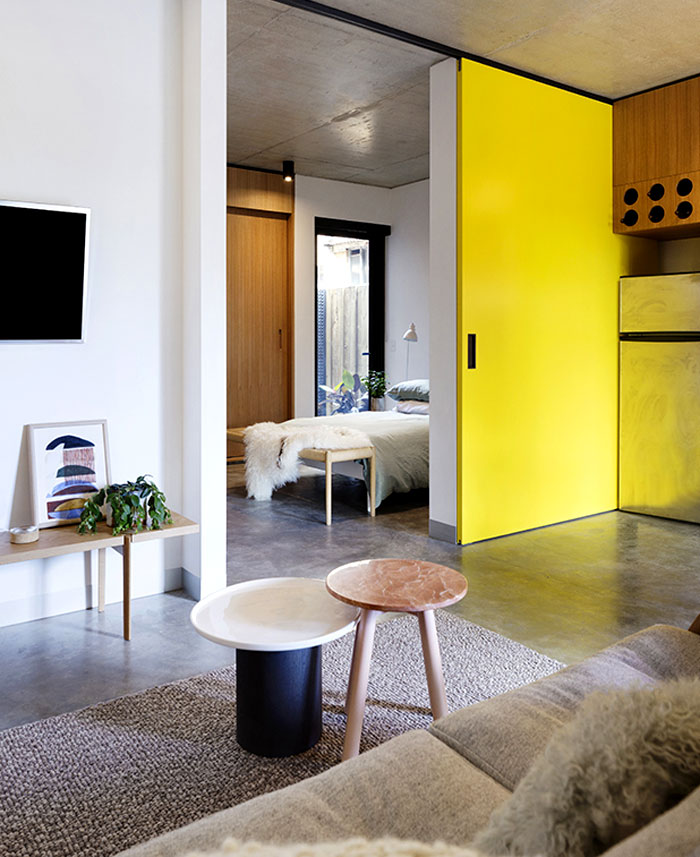 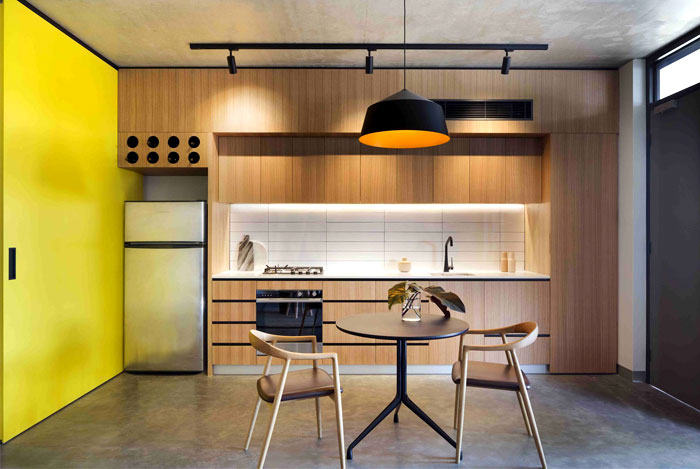 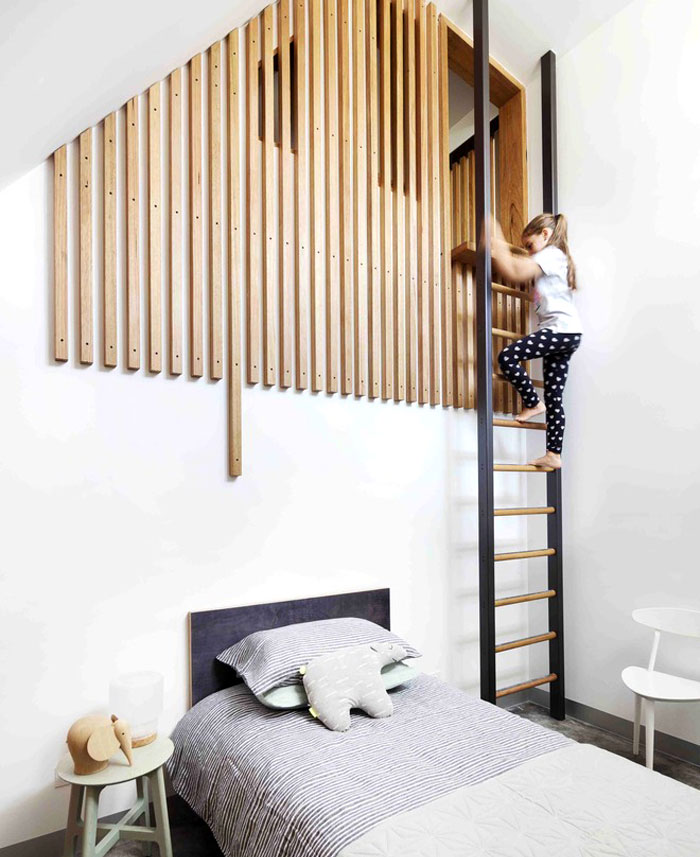 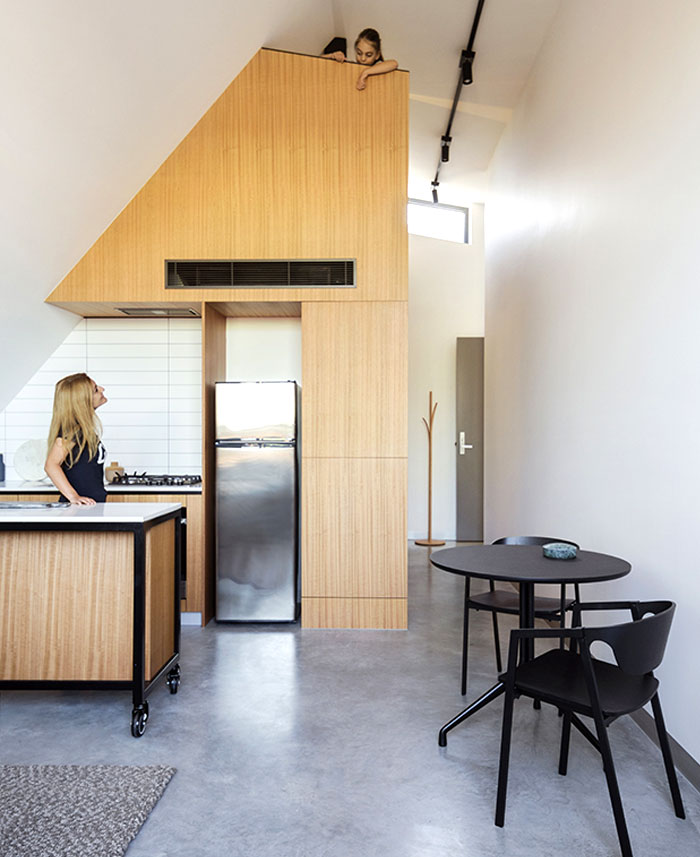 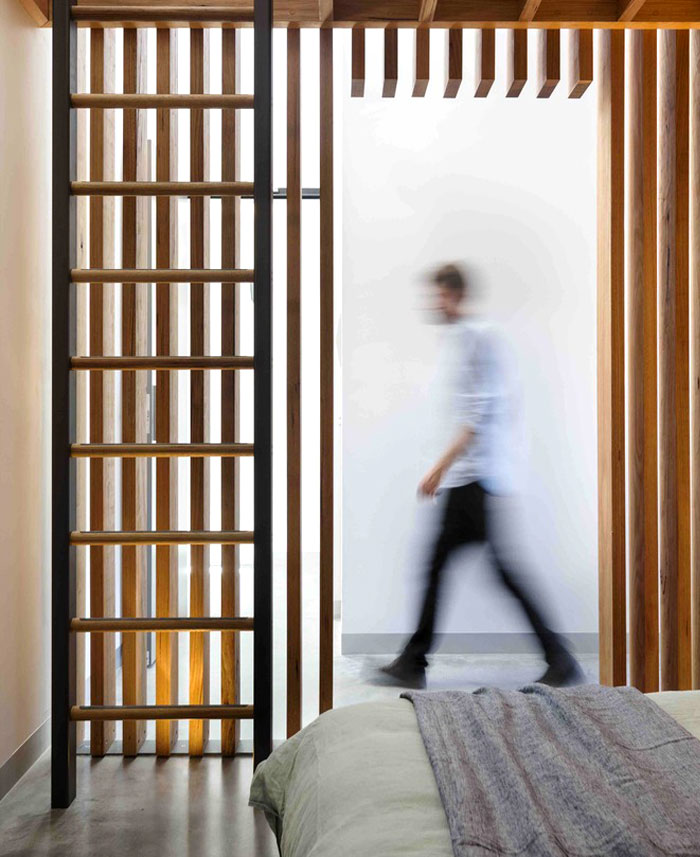