Architectural studio Chado said  that modern homes have long ceased to fit into the idea of “four walls” or ” box”. Now the environment is free to come into the house, and the house seamlessly expands its boundaries, capturing the surrounding area. 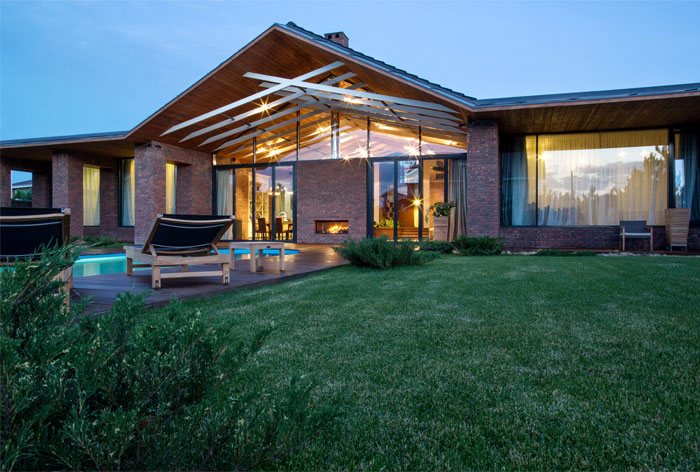 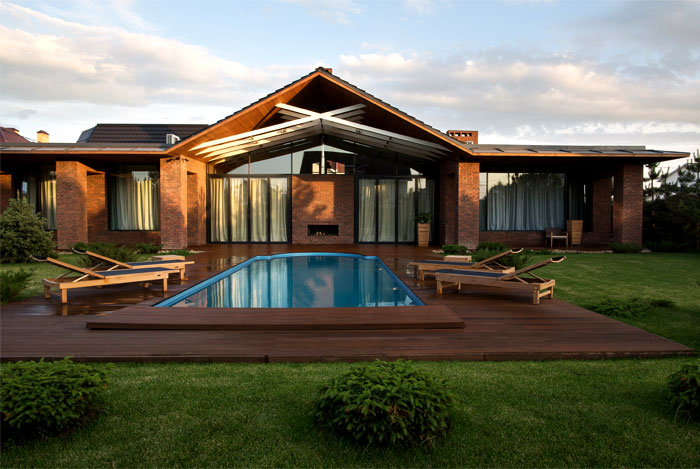 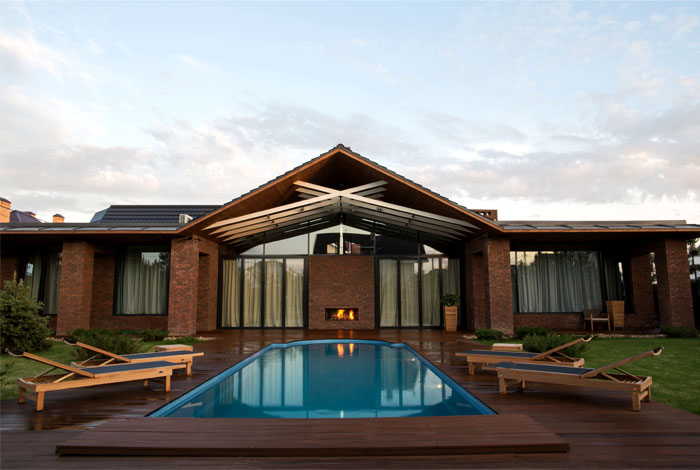 One of the most effective and common methods to achieve this effect is to:
With a panoramic windows, which makes the boundary of the property and implicit mixed. In the same project, architects have gone further.

House “came out ” not only for by glazing but also due to structural elements of the roof extending the scope of the building, creating a complex three-dimensional game. These features deserve special attention, as performed here is not only functional but also decorative, and even trailblazing function being the basis of architectural and artistic composition. 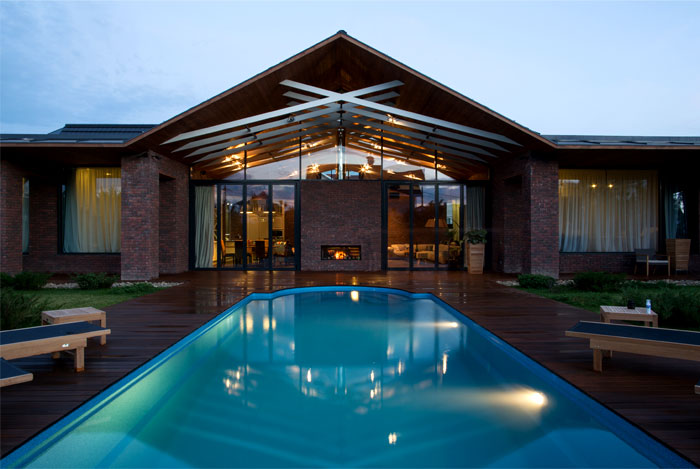 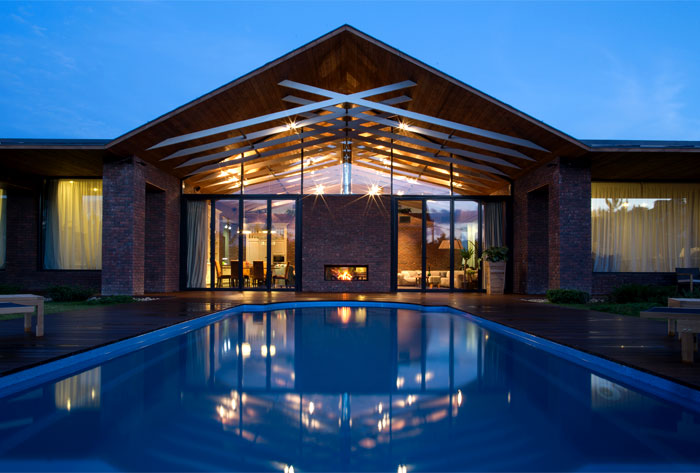 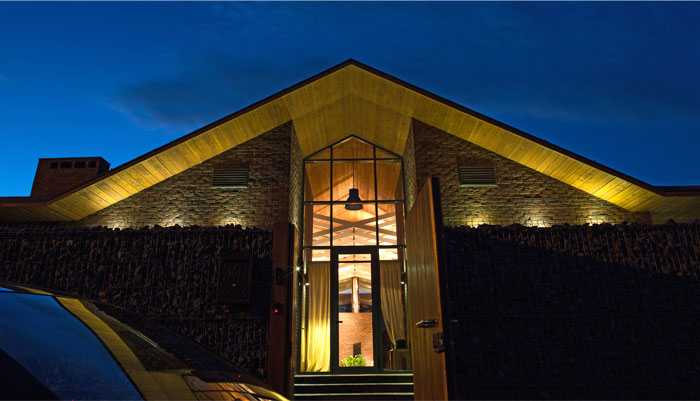 Comment architect Eugene Zadorozhnigo, Architectural studio Chado:
The design of the ceiling – a kind of skeleton of the roof. The idea was that, to show the beauty of the carrier core is not closed to any decor. This can be called a desire for “honesty” in the design. The very structural member transmitting the load from the roof to the walls, designed of beams of laminated wood, painted white. The roof is covered ceramic tiles and filed toned board. 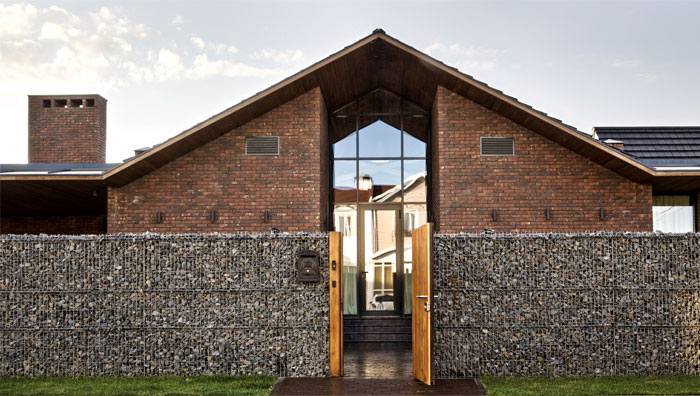 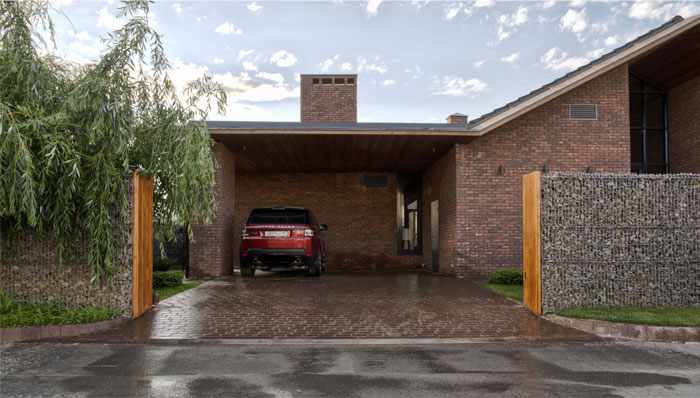 One of the main requests of the house was the home of the future presence of a fireplace that would occupied a central and important place. And the architects managed to solve this problem, actually axis of a fireplace at home, around which it is built, interior and the outer part. The double-sided fireplace has become the main highlight, but the main difficulty project, since it is tied to the stained-glass window, and he in turn, with a roof. But the effort is clearly. It was worth. 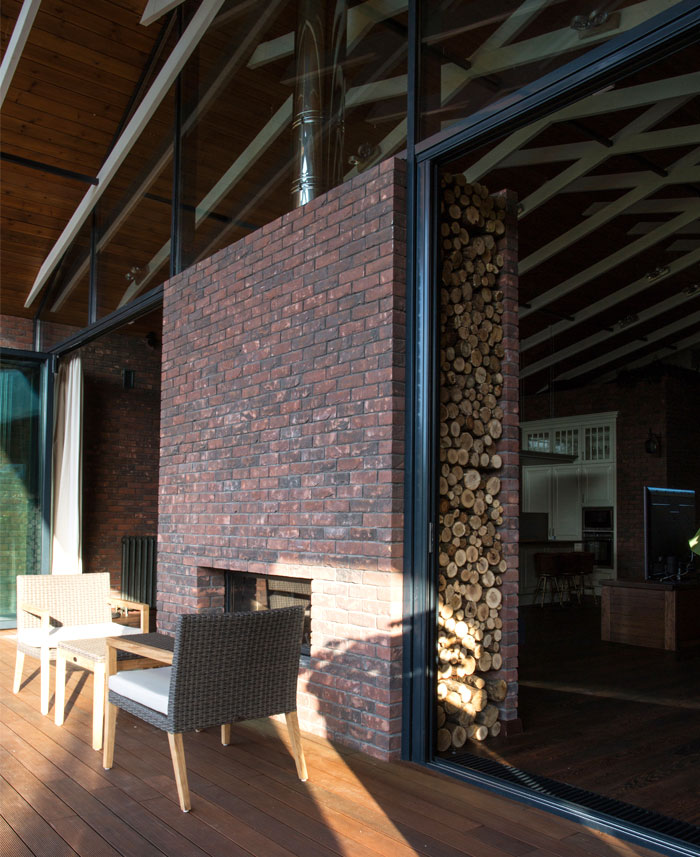 Eugene Zadorozhnigo, Arhitekturnaya Studio Chado:
The two-way fireplace was the most unusual and complex solution. The idea was born from the desire to rationally use the fireplace area: for example, fireplace integrated into the wall opening onto a terrace with swimming pool, and he played for two sides. Himself fireplace is a freestanding furnace taxation brick. Functional niche for firewood – it’s not a sham, but the real woodpile. 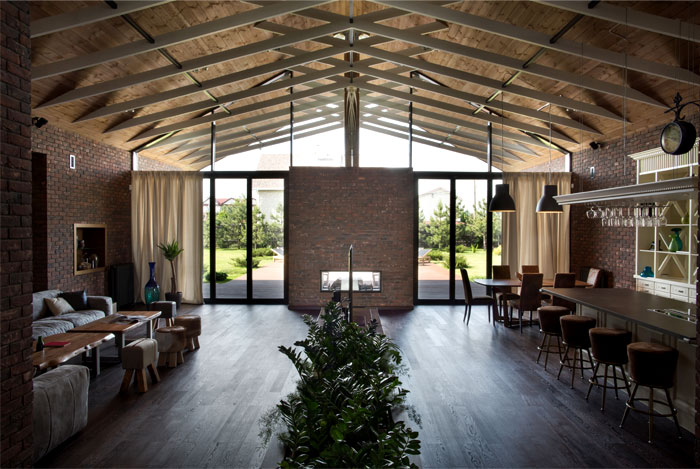 On either side of the fireplace to install a large stained-glass windows, when warm outside, they can be a full push, and the boundaries between the house and its surroundings are almost entirely erased. Thus, the outdoor terrace by the pool, be sent to the heat-treated. Larch, is an extension of the living room, one for the living room or in the open sky. Another unifying element between interior and exterior become. 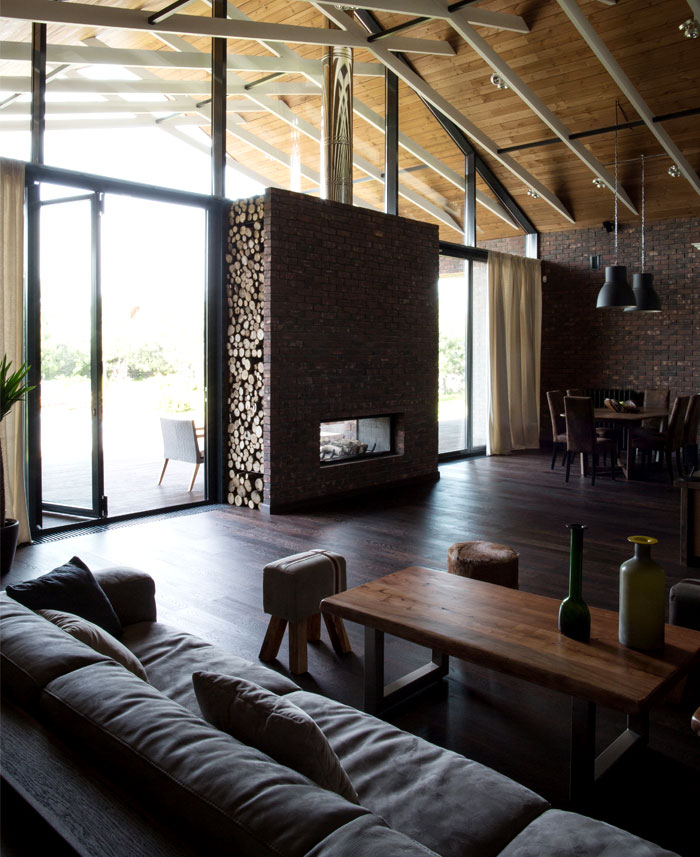 Finishing material: textured hand-molded bricks, which is duplicated on facades of buildings, and in interior decoration. Themselves walls of the house are made of ceramic block. There in the house and another unusual decision, erasing has internal borders – is a kitchen wall instead of an apron stained glass work surface installed through which the hostess, without interrupting the cooking process, can look after children in the next game room.
About the furniture, it combines both the quality factor by massive and noble materials and certain ” playfulness ” in the forms and a combination of textures and colors. The bathroom looks more restrained. Solid granite, nothing more and nothing catchy. The role of the fence section performs gravel, rolled in between the two grids that It looks very colorful. 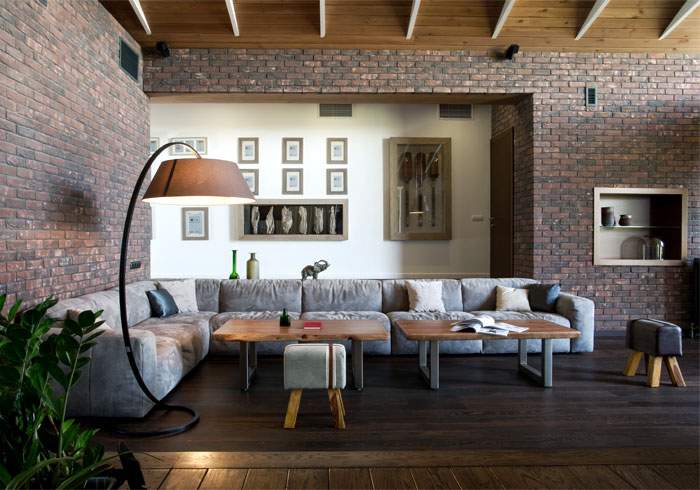 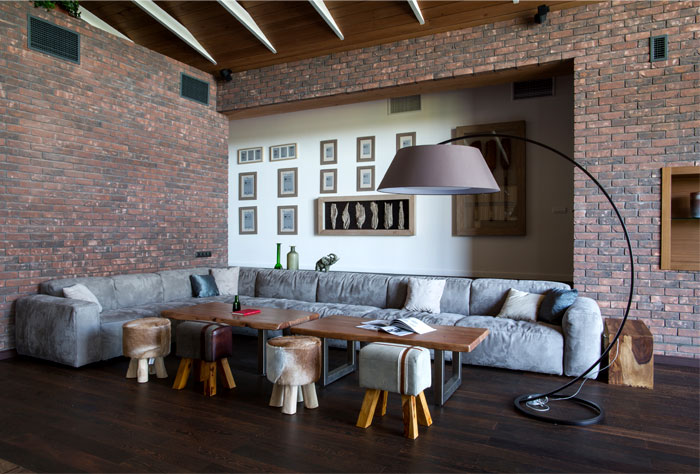 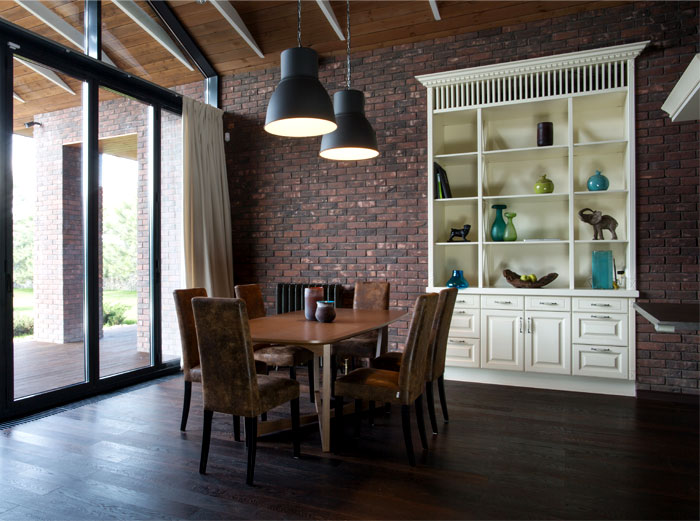 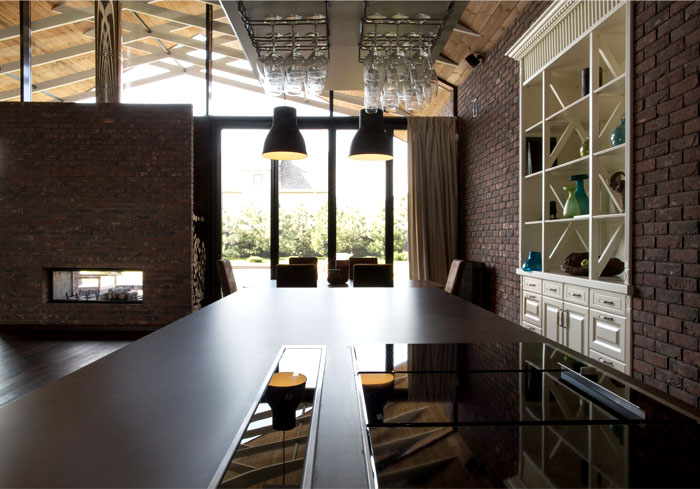 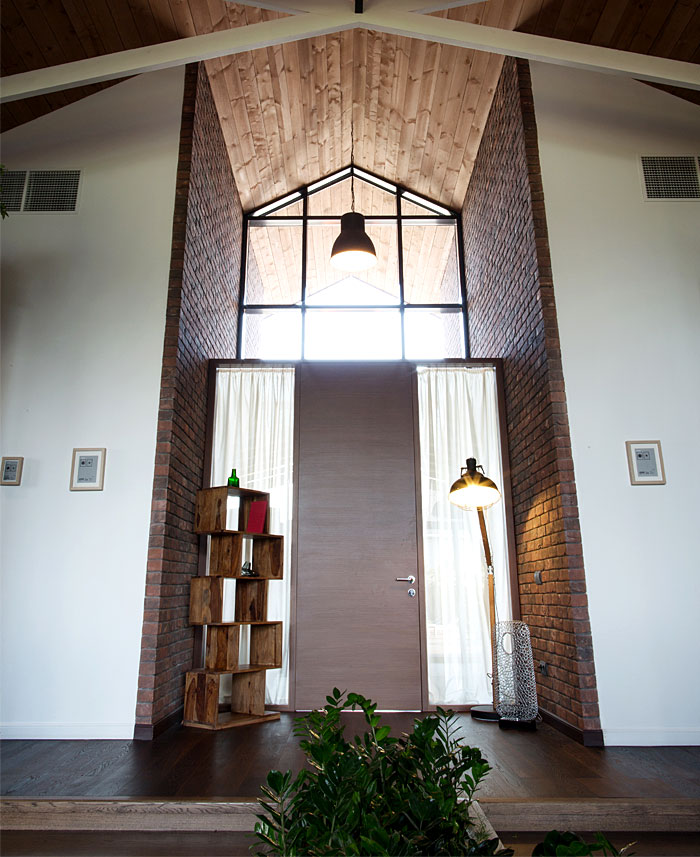 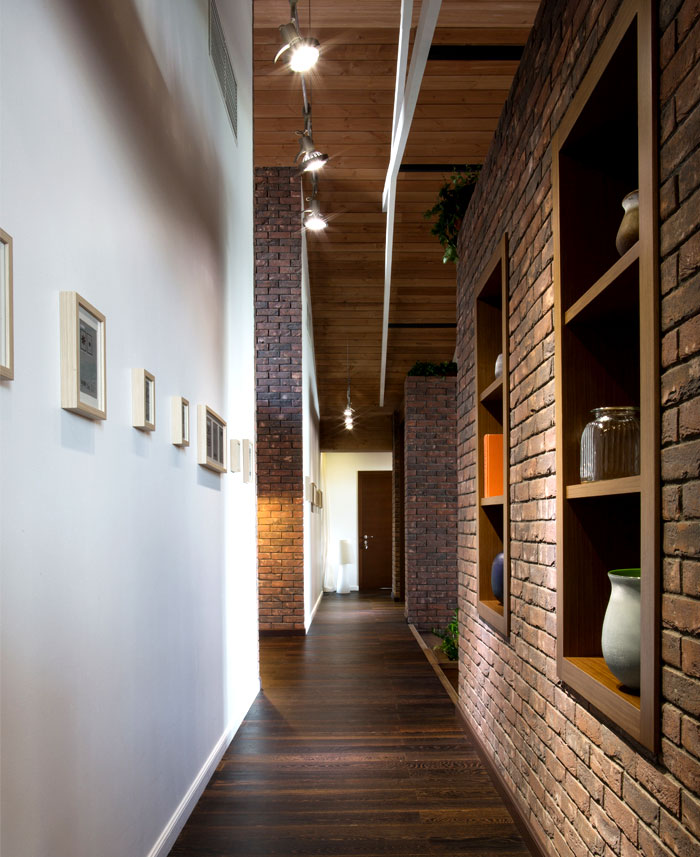 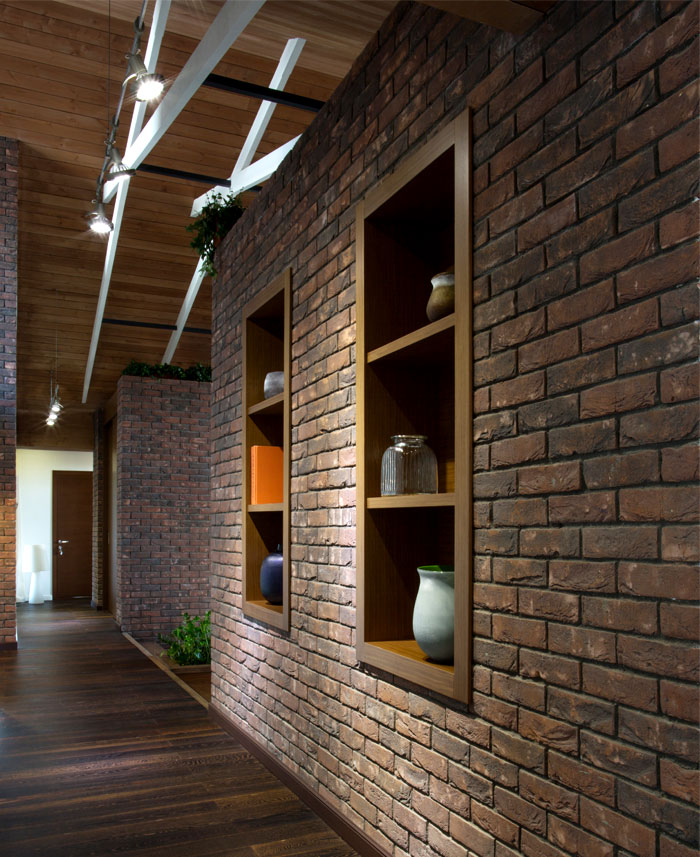 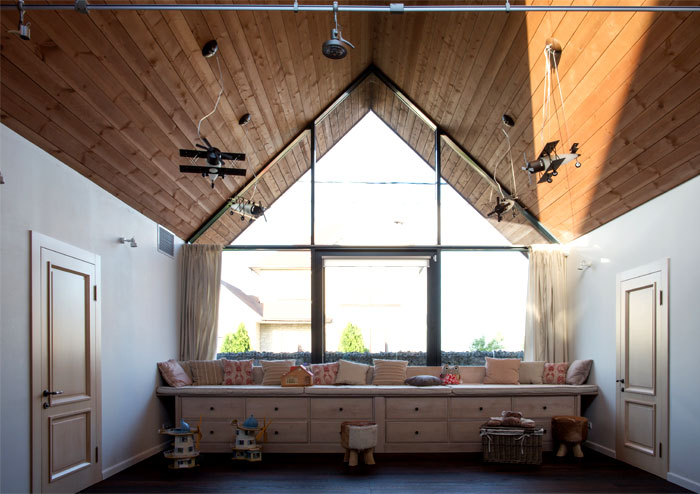 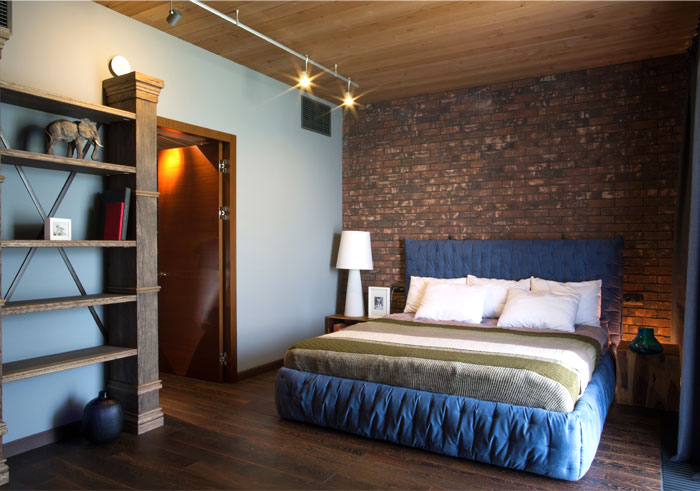 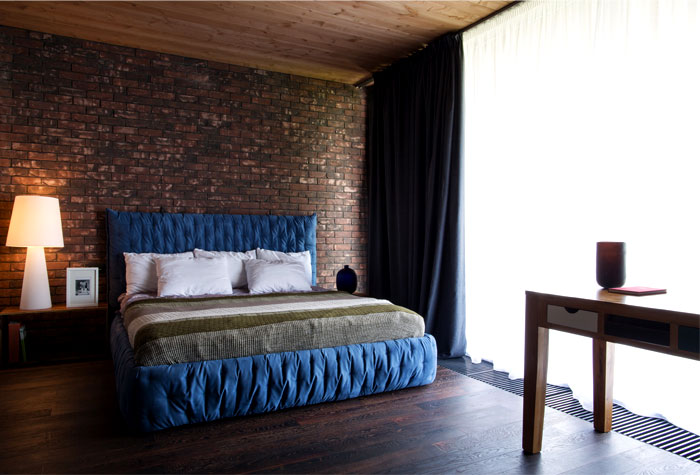 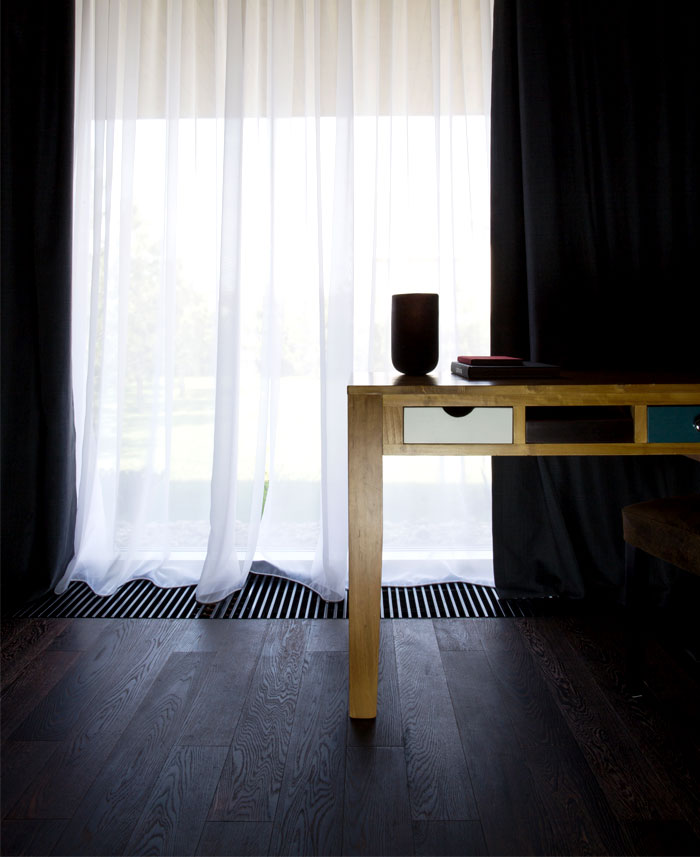 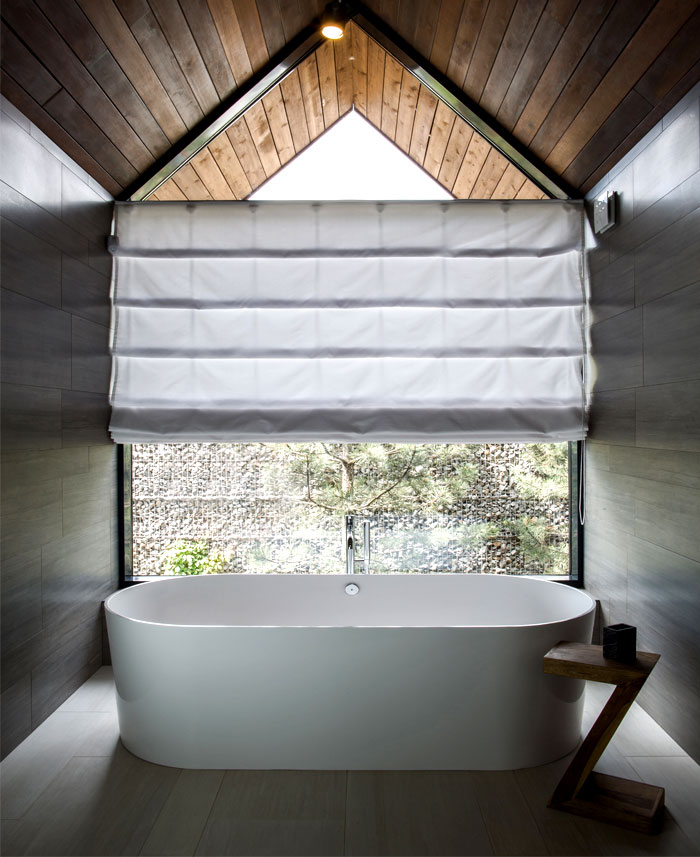 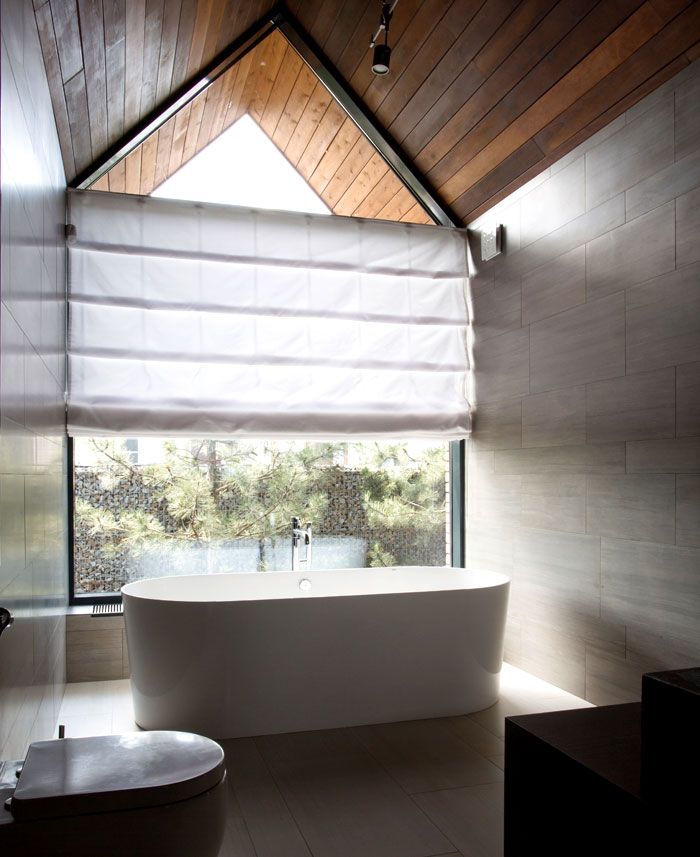 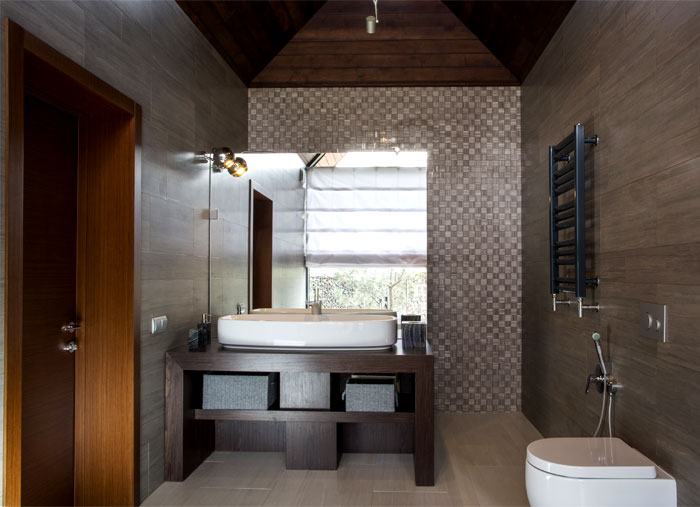 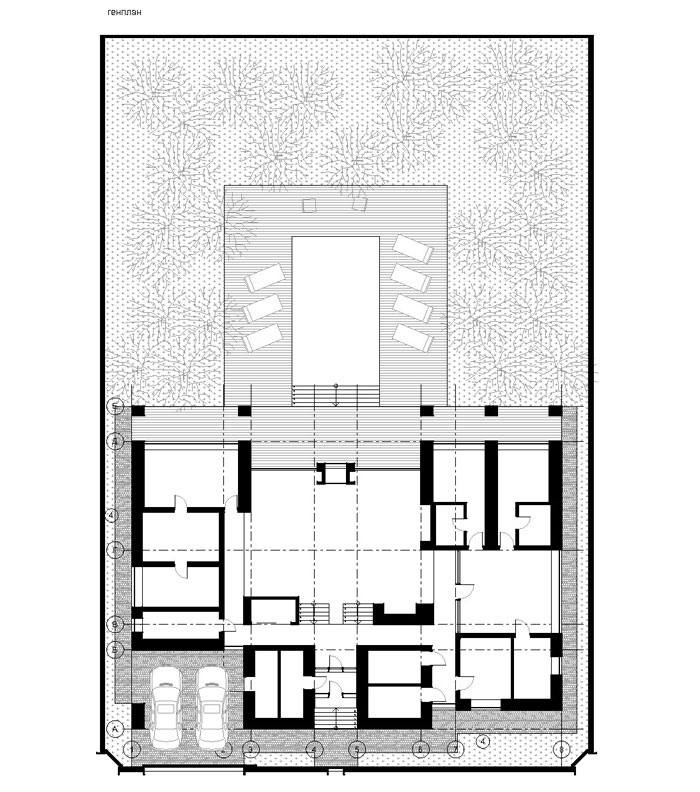 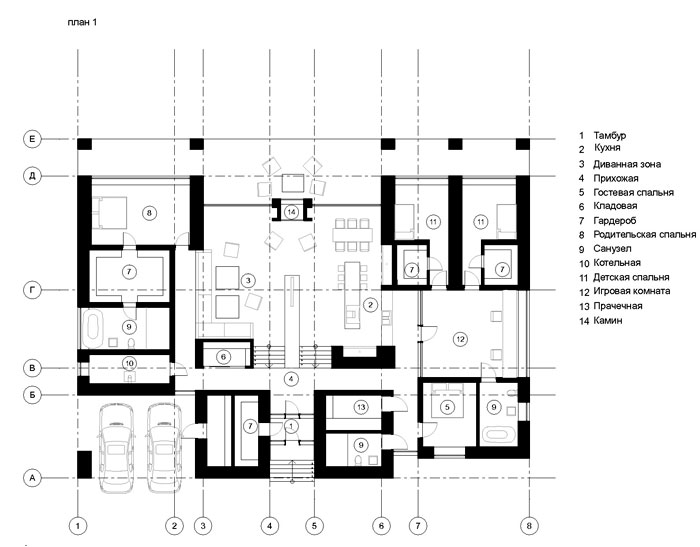