Multifunctional and with young spirit apartment located in Taipei City, Taiwan was designed by Taipei Base Design Center for a young couple. 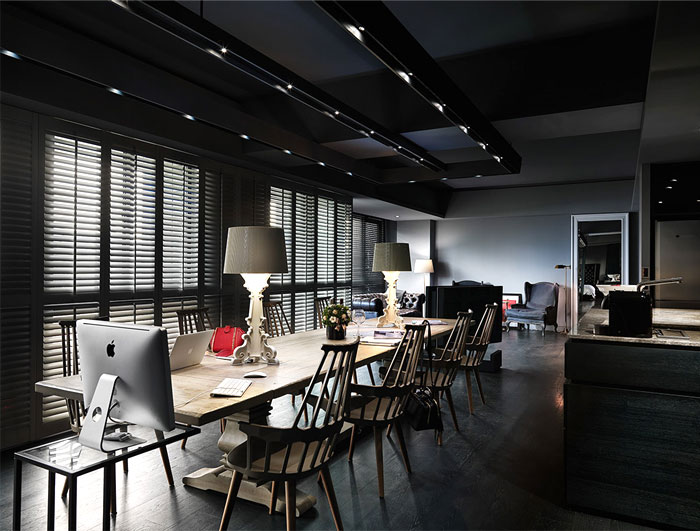 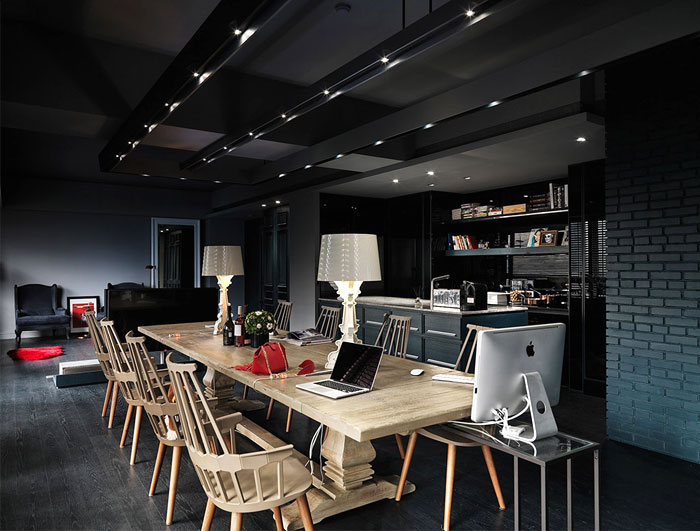 “33 Kinds of Joys of Life” is a new flat that on the 4th floor of 10 floors, the construction company offered the equipment of kitchen and two bathrooms, but in the other rooms, there are only partition walls and homogeneous tile floors. The advantage of this flat is the large French window that brings natural light into the room. 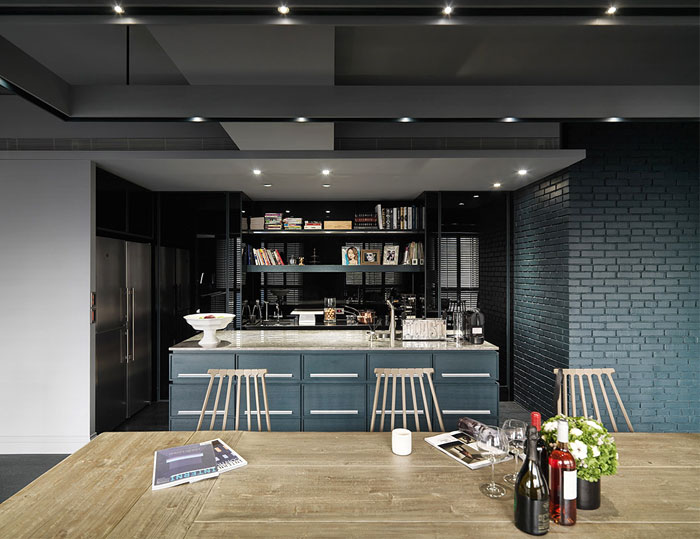 The owners are a couple. Both of their jobs are related to fashion, and they visit modern cities quite often. Thus we could spend much less time of defining “What is fashion”, but put more emphasis on how to connect this flat with their life concept tightly together. The point of the design becomes “open” and “free”. Except for some spaces which need to be hidden, we tried to avoid ceiling and partition walls. Even in the sleeping area which needs extreme quietness, we reduced visual clutter and avoided the traditional way to define the partition by its function. In this way, the users can do daily works and activities in any corner of this space, instead of staying in the particular place and being limited by space and equipment. 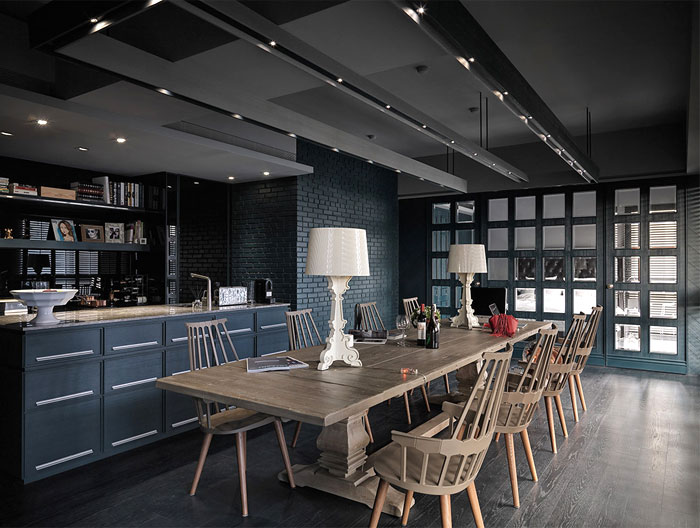 Before entering the multifunctional living room, there are shoe and clothes closets. In the living room, we used a 360-degree rotatable video/audio wall as a partition, which satisfies the video/audio needs by different angles. Chinese and western style kitchen is half hidden and half open. The hidden part is made for the owner’s cooking habit and the storage need, and the open part is connected with an irregular long table which is the focus of the space. Equipment for drinking water and making some snacks offers the functions of sharing and interaction. 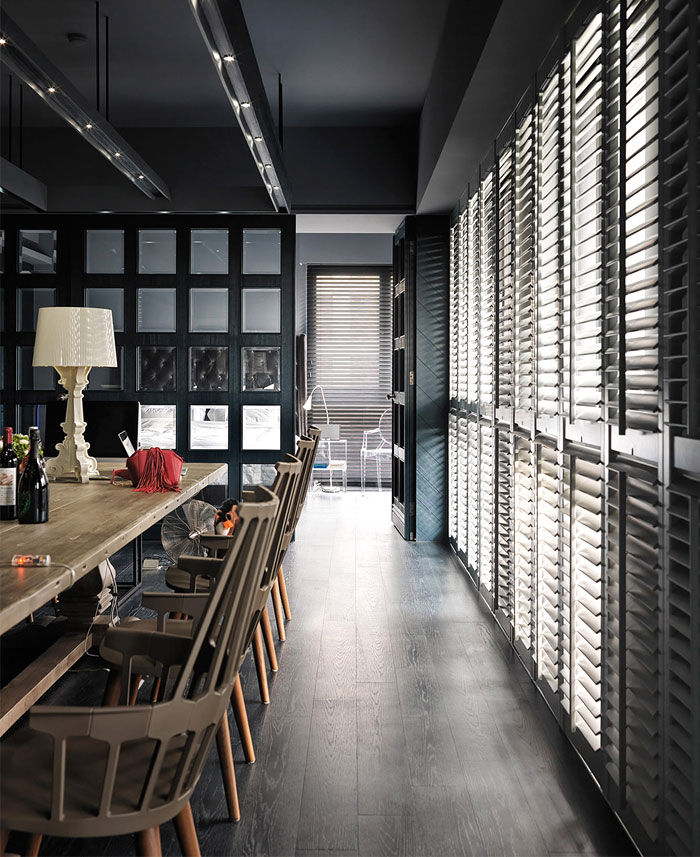 We’ve integrated the half transparent master’s bedroom and bathroom with separate wet & dry area in a smooth traffic flow. In this way, the needs from getting up, washing up and dressing up are all satisfied at the same time, which makes the process more convenient and each step won’t disturb the other. 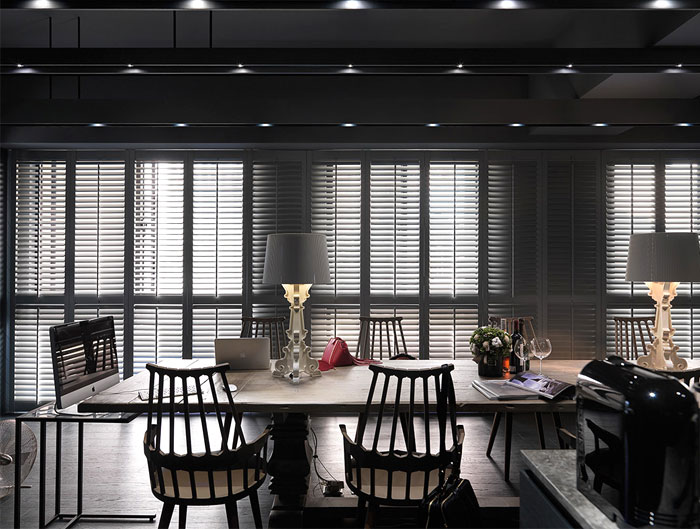 This project started from the end of the year 2014. The interesting part is the personalities of this couple; they had appropriate teamwork during the communication process of design. Optimistic wife sees the big picture and cares about how to live, while the careful husband focuses on the details and even observes the difference of material under the light.

Until now, we still remember the sentence through the phone: “what we want is perfection.”, with gentle but firm voice. 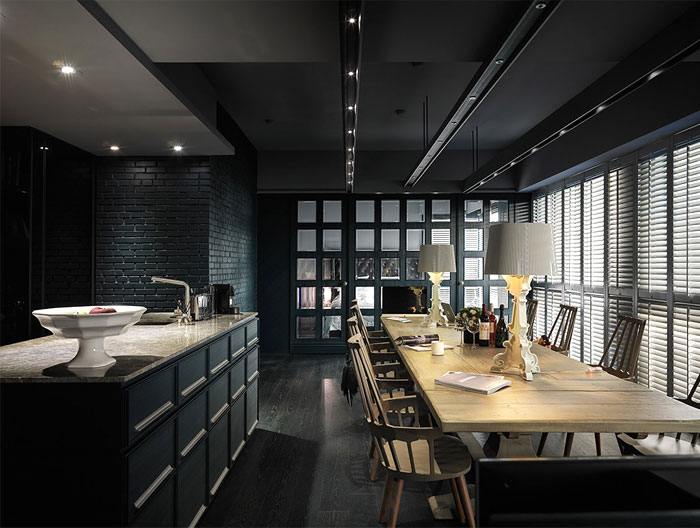 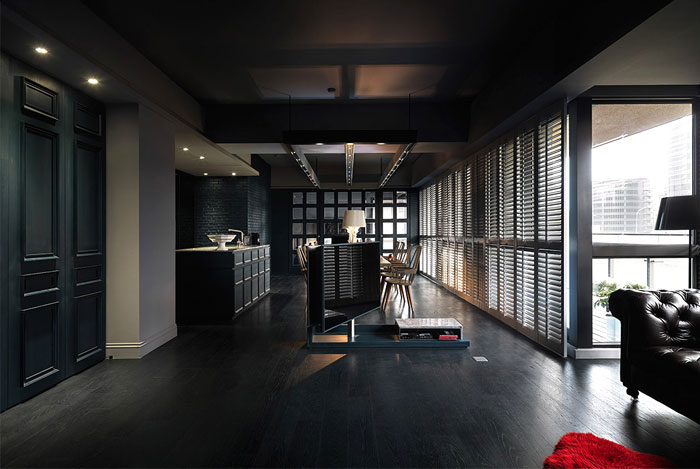 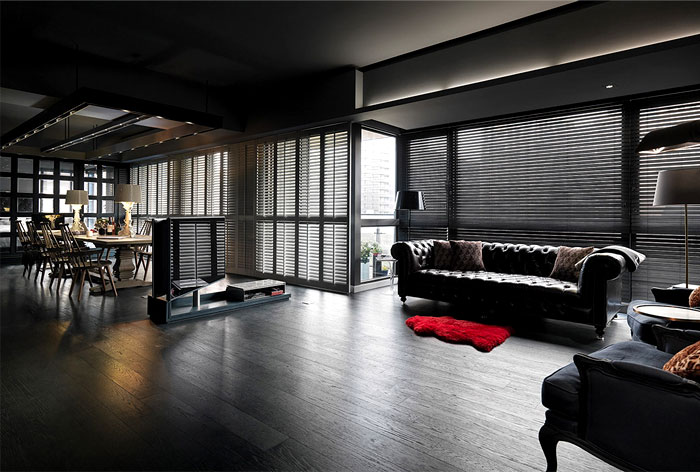 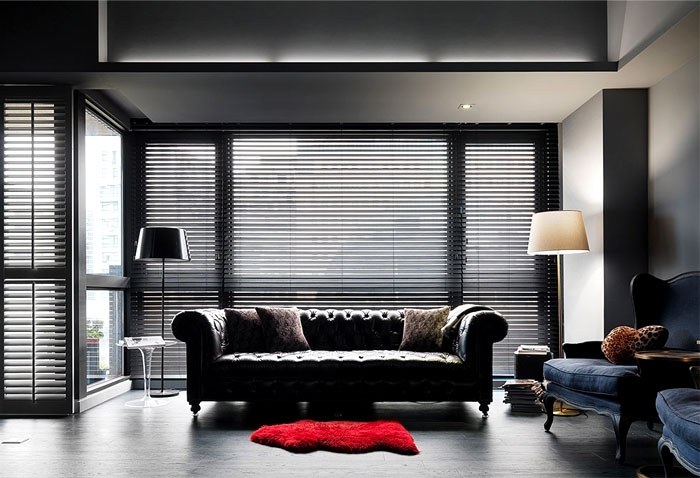 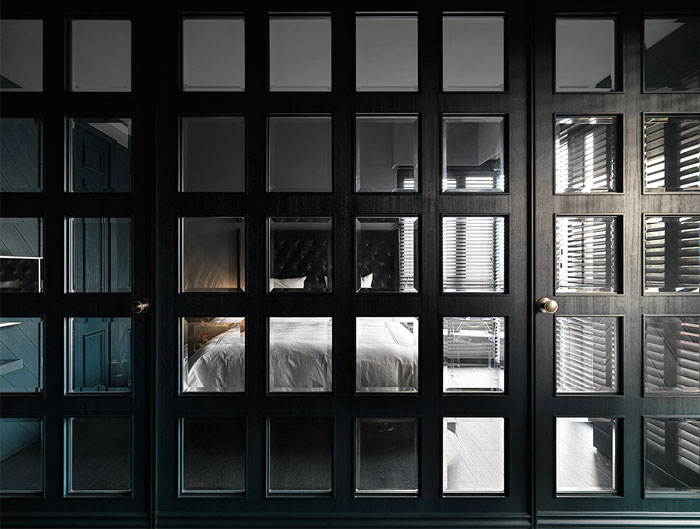 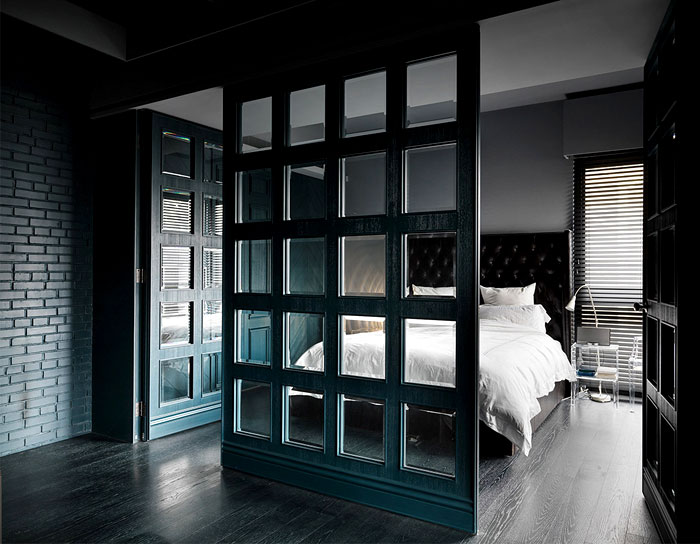 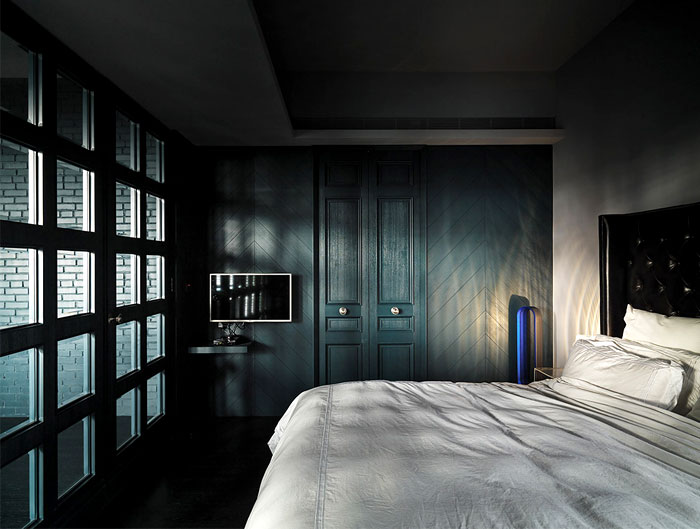 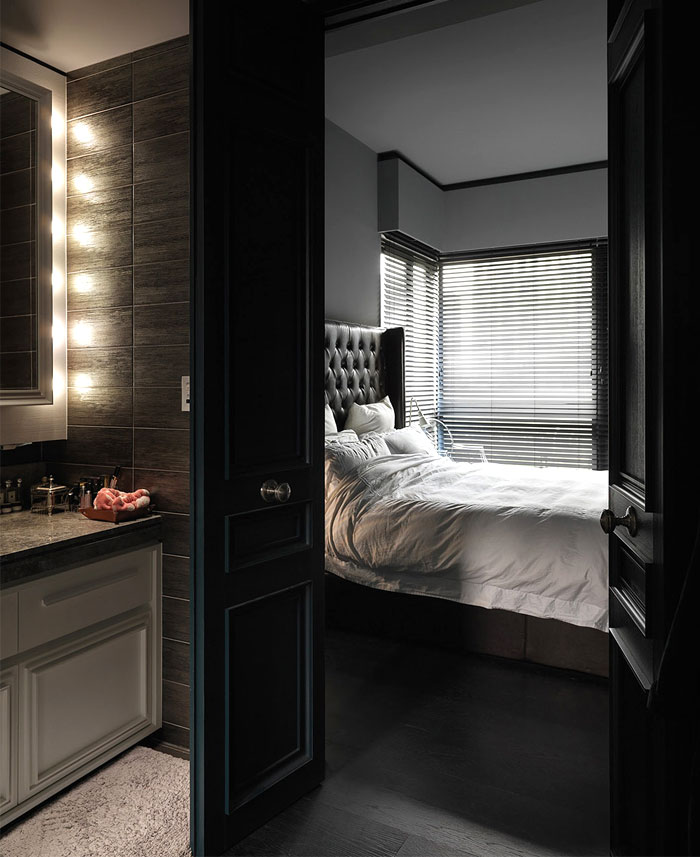 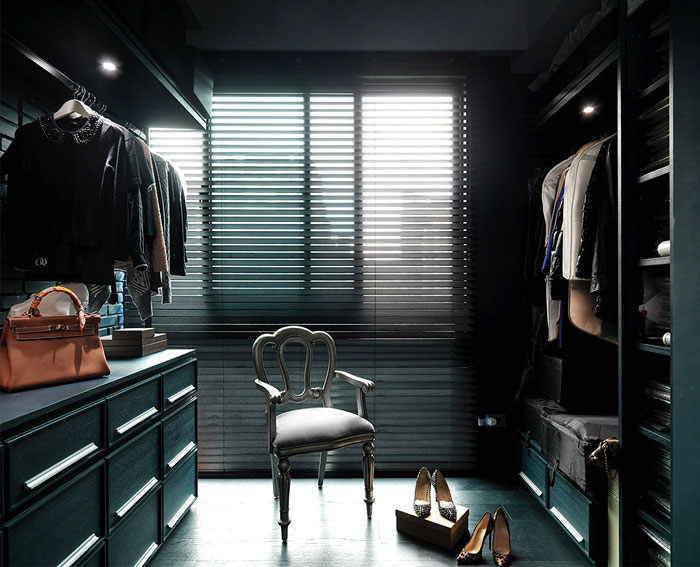 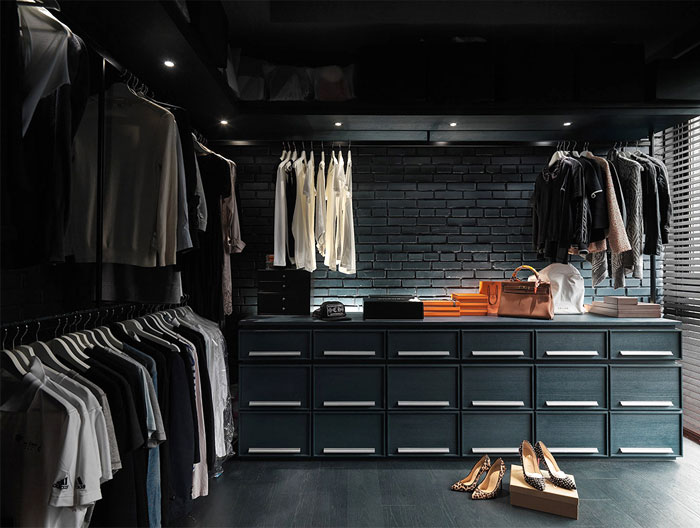 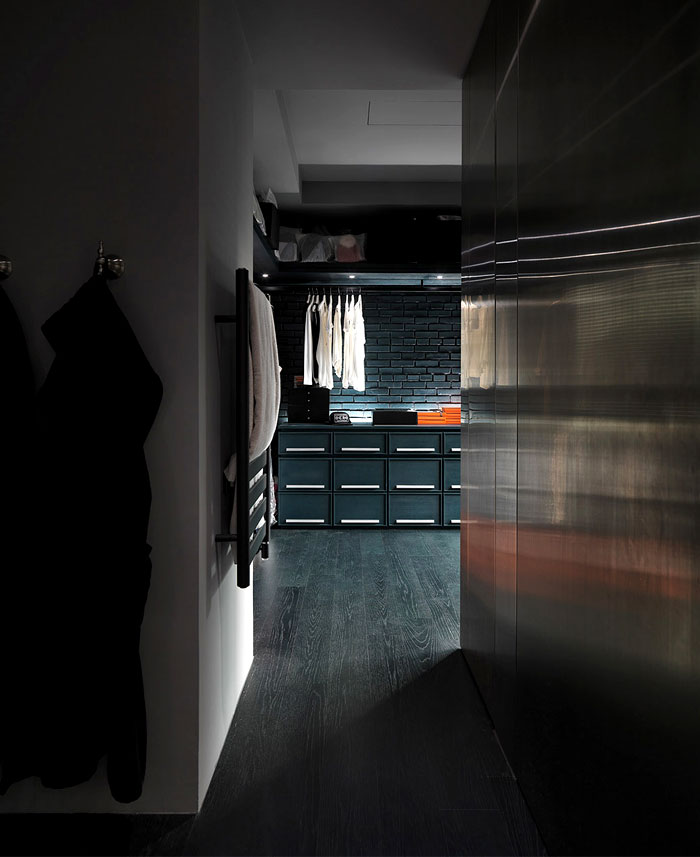