The magic of the most creative and sophisticated design takes shape in the new Magic Hotel in Bergen, Norway. The distinguishing mark is that of famous New York designer Karim Rashid, who designed every single part of the hotel, furnishing the rooms, corridors, and the hall. The philosophy behind the project is that of offering a designer solution accessible to all, in a position that affords a spectacular view of both the city center and the surrounding mountains. 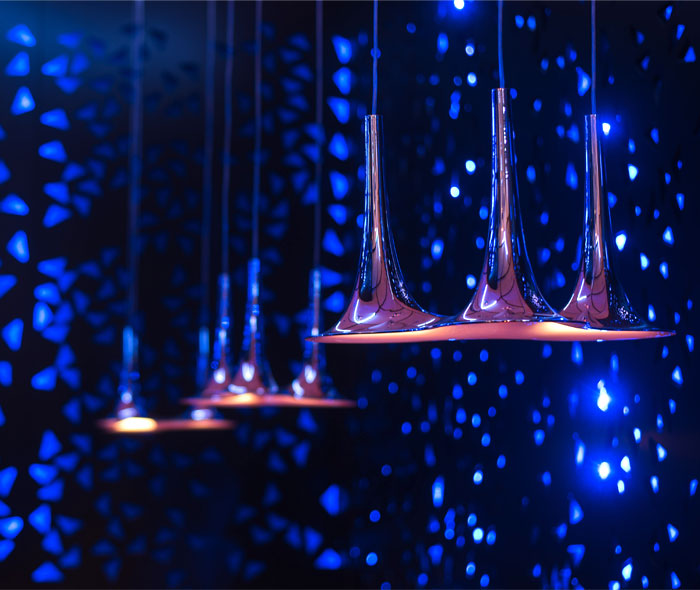 Axo Light took part in this project by furnishing the hall of the Magic Hotel with Nafir suspension lamps designed by Karim Rashid himself. Nafir is a collection that perfectly expresses the glamour-chic personality of Karim Rashid’s creations and, even when turned off, it proves to be a beautiful decorative item. For this reason, and also thanks to its smooth shape, which is perfectly in keeping with the remainder of the hotel furnishings, Nafir was picked out for the Magic Hotel to add a touch of originality and charm to the hall, the ideal place for hotel guests to meet up and have a chat. 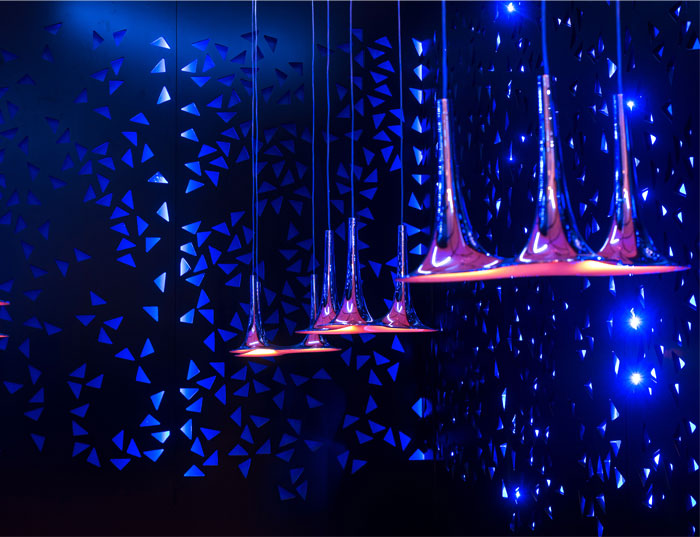 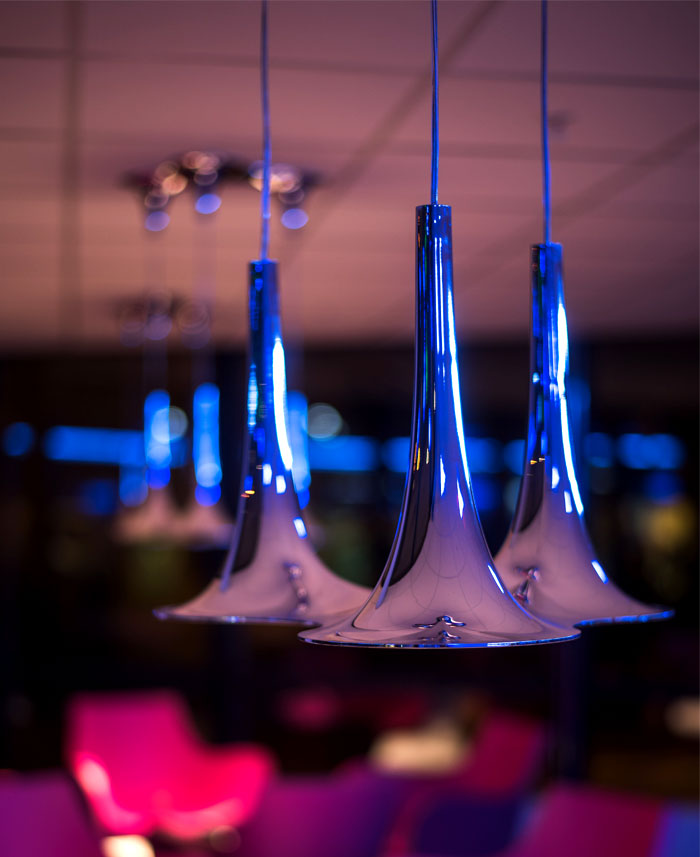 Fluid, liquid, emphatic, glamorous, Nafir touches upon the sculptural theme and is available stand-alone or in groups of threes (a textured and flowing osmosis of 3 lampshades) and illuminated by LED technology. Karim Rashid sketched Nafir while thinking of light as a complement to music, imagining a fluid surface pulled upwards in several places: the three-dimensional handling of the surface, little by little, took shape and began its transformation into an object that resembles a trumpet. 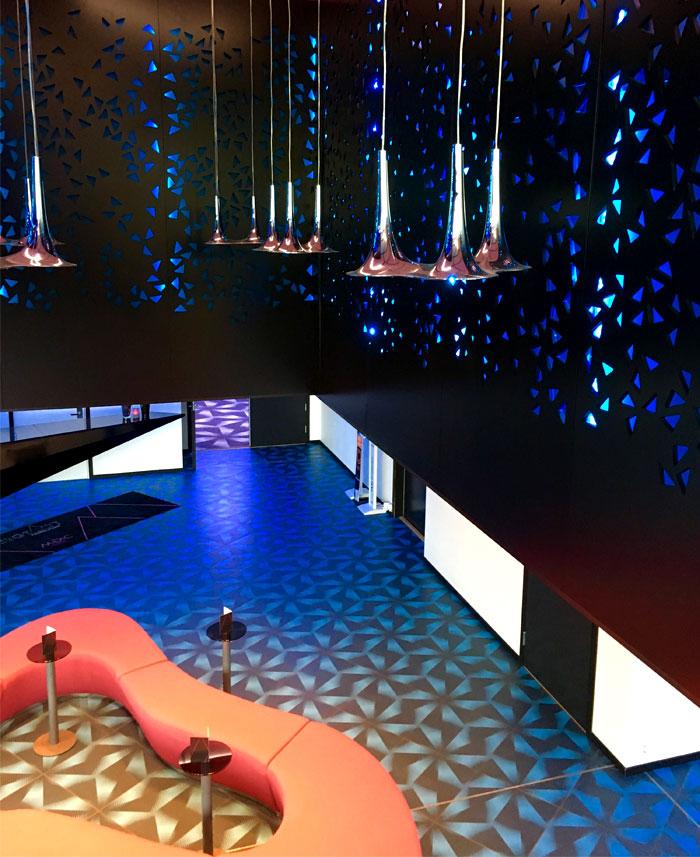 Nafir’s sinuous and dynamic shape is intended to be the expression of light itself, as if the casing wanted to become/appear an integral part of what it contains, while also expressing the idea that light, like music, is pure emotion. Its name is also a tribute to music. Indeed, the term Nafir is used to indicate a small North African trumpet, without pistons, used to obtain especially acute sounds. 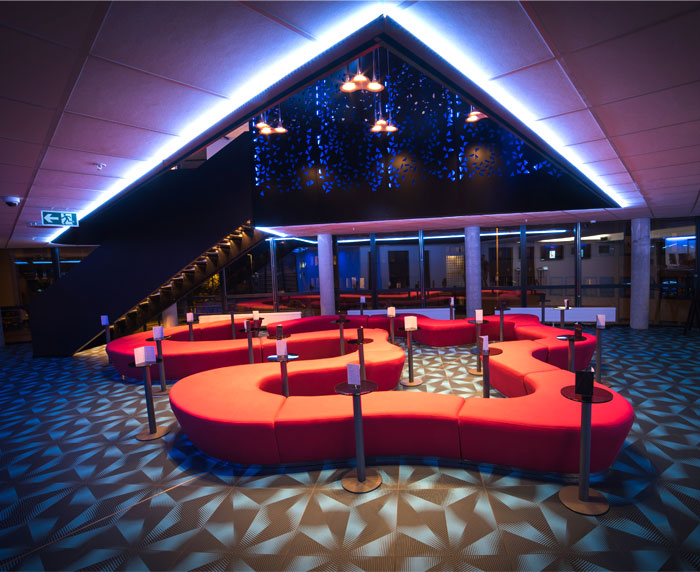 Nafir is designed to allow the creation and customization of an endless number of compositions suitable both for residential and contract use. A triumph of vitality and an unmistakable sign for a fabulous collection of lamps that remains the crux of the purest refinement. 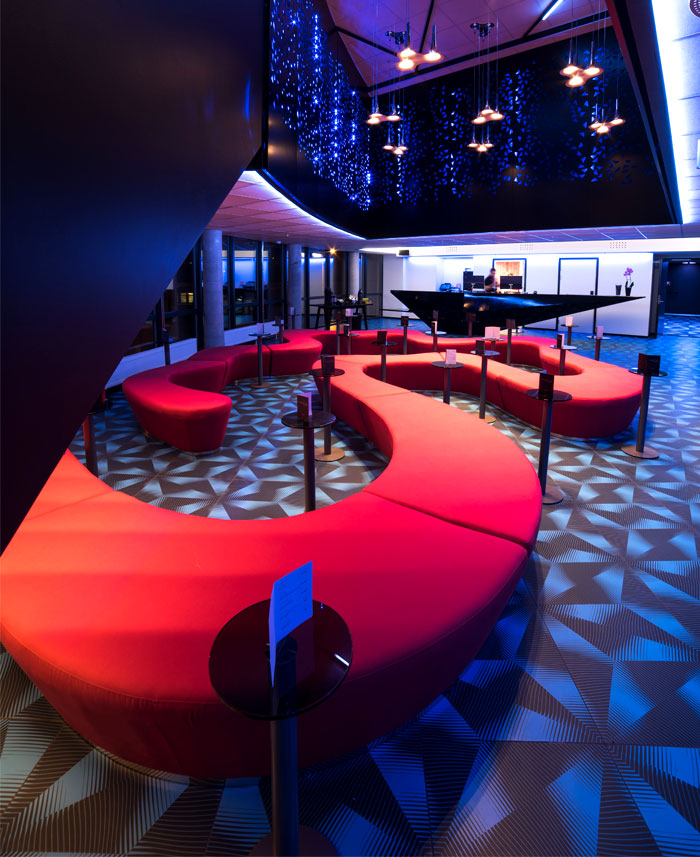 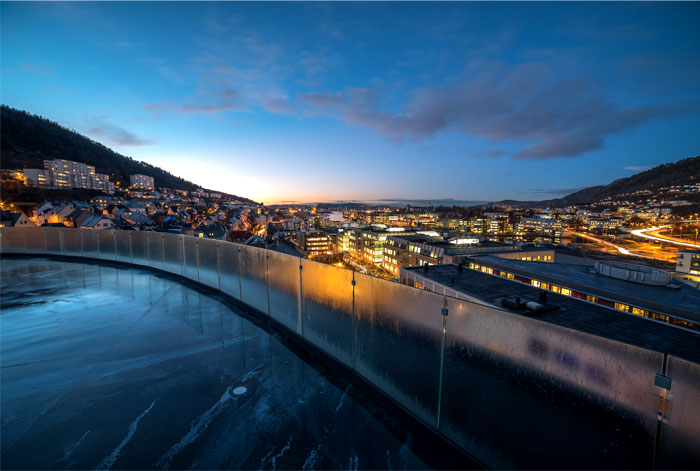 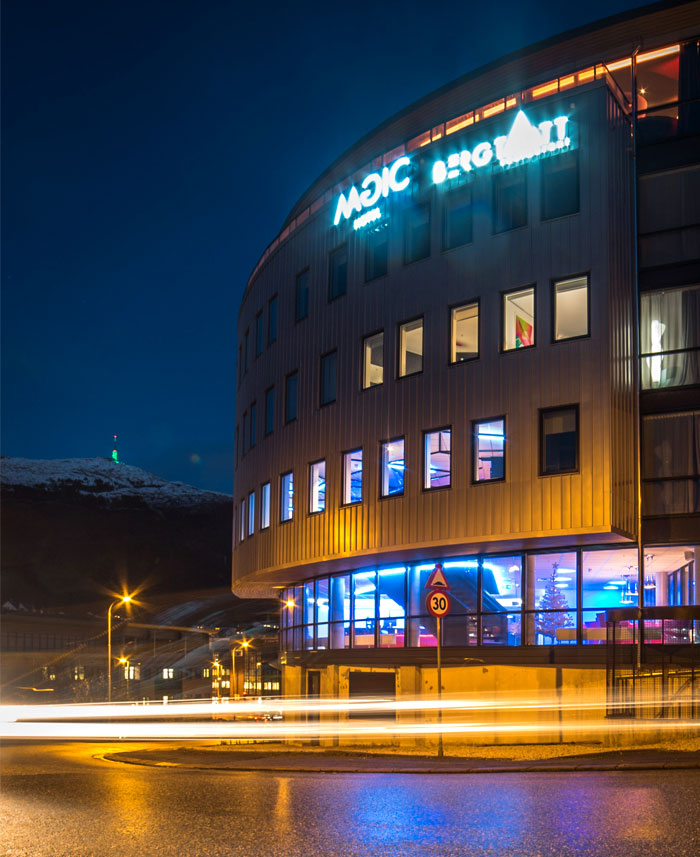