An existing single-story, semi-detached house from the 1950’s was remodeled by Amitzi Architects and added a second story to accommodate a family of five. 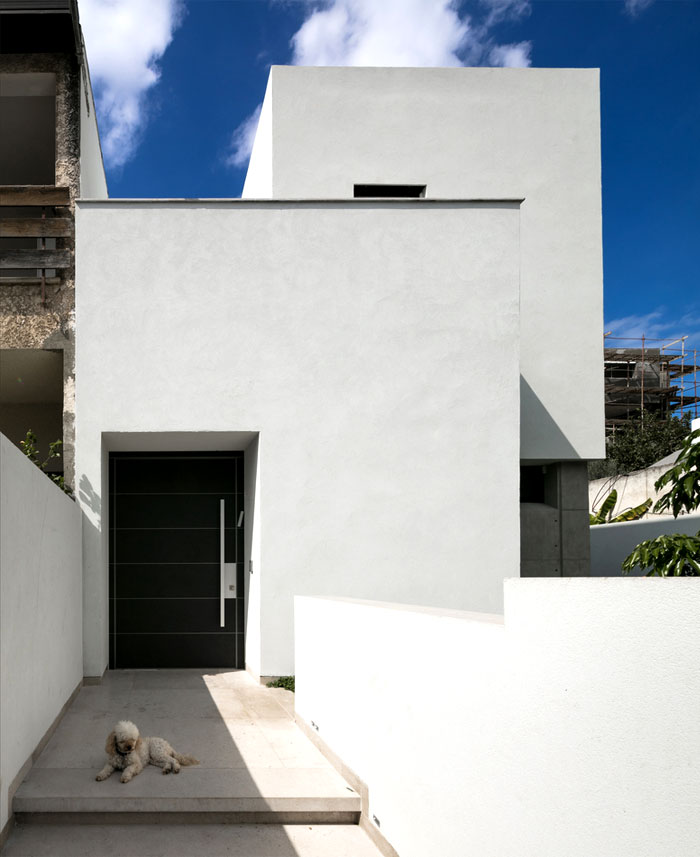 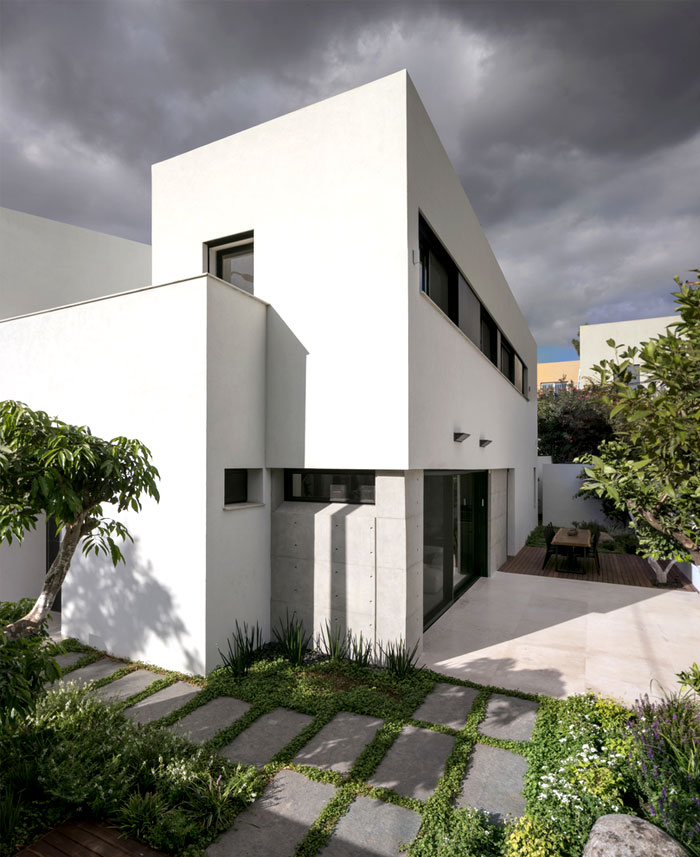 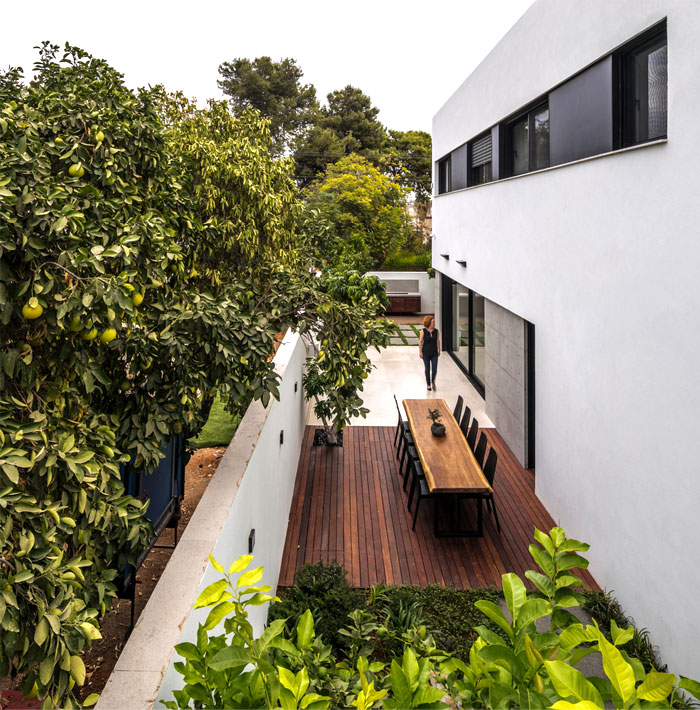 The house, which follows the shape of the plot, is long and narrow, and apart from the entrance door, the street facade is almost windowless. Toilettes on the ground floor and a deep balcony on the first-floor buffer between the house and the busy road. Relocating the main entrance from its previous position on the long façade enabled us to plant a large garden and outdoor living area, visible and accessible via large glass sliding doors, which extends the living space outside. 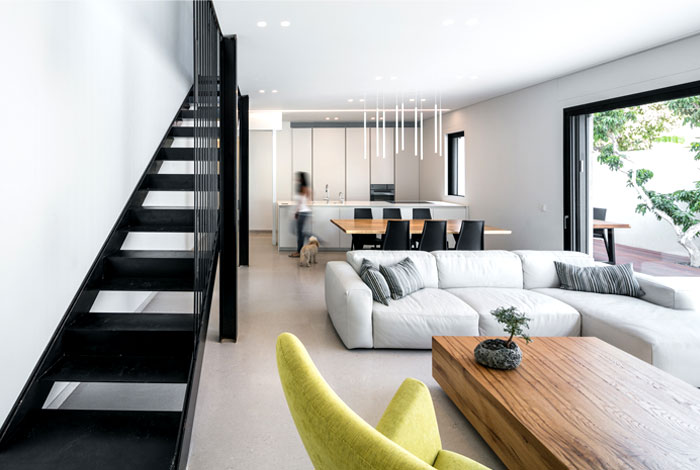 To maintain sufficient privacy, the master bedroom is located on the ground floor and the children’s bedrooms on the first. The master bedroom is located behind the kitchen, and faces away from it, to a small private garden of its own. Structural reinforcements form an architectural language through which the house’s history is revealed: addition to the ground floor is in exposed concrete, and the stairway opening cut from the existing ceiling is supported by steel columns.

The ground floor is paved with gray stone, which is also used as a cladding of the bathroom walls, while the children’s area is a dark wooden floor. All carpentry elements are painted white. 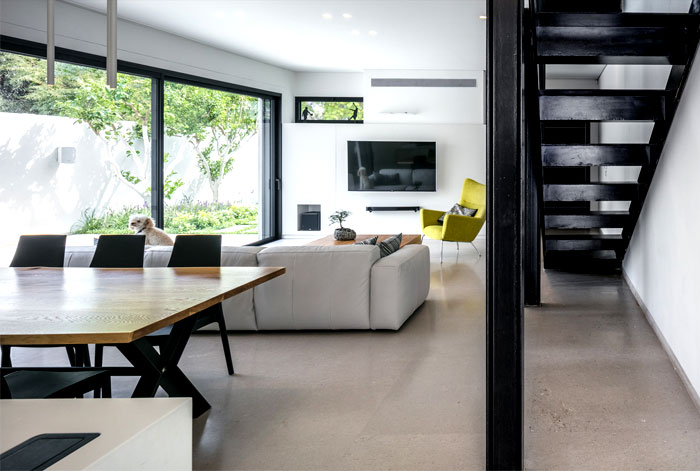 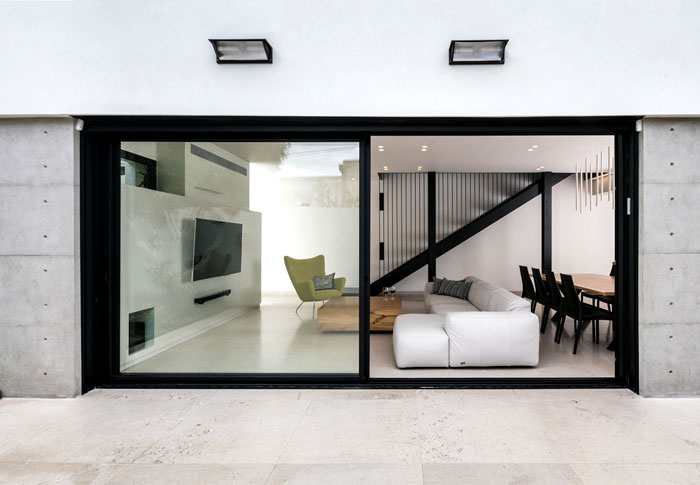 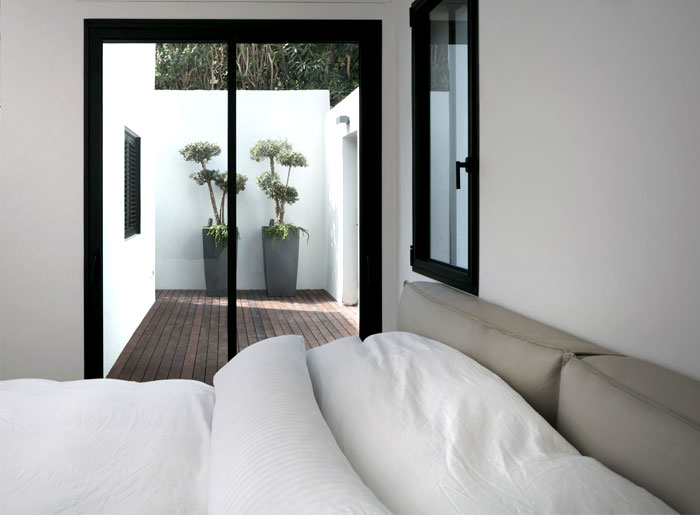 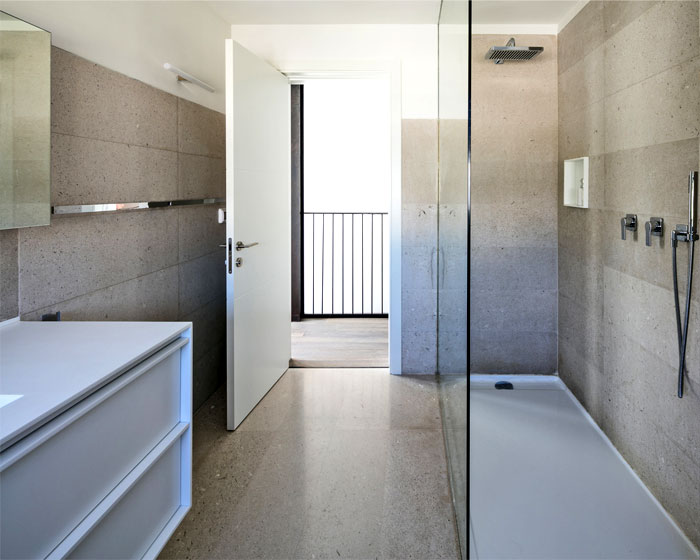 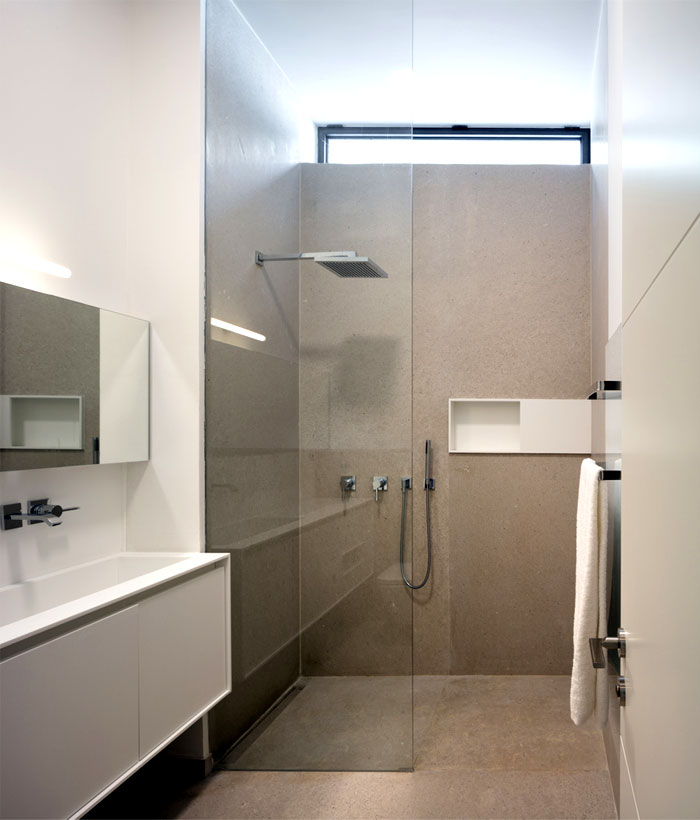 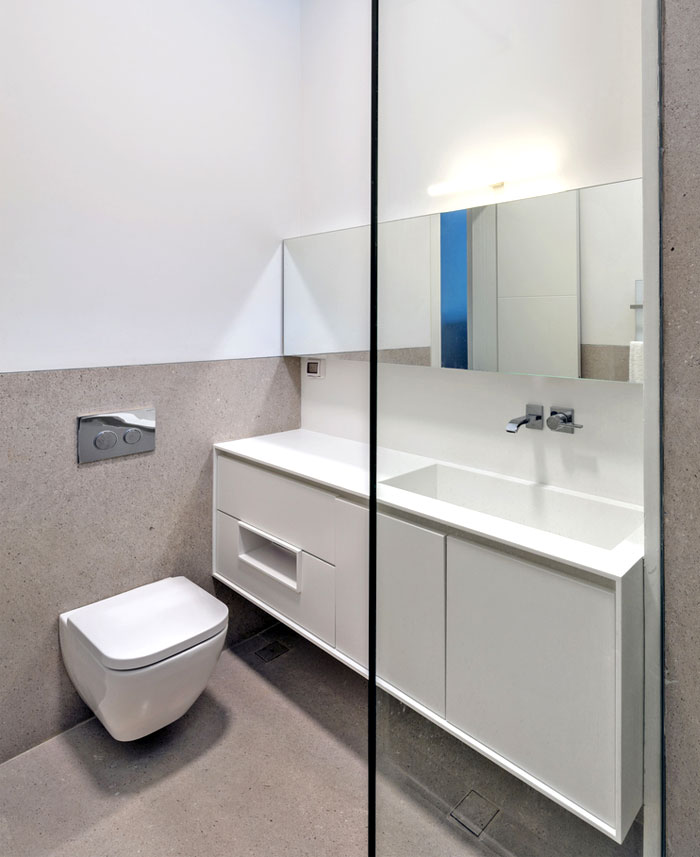