In China, FMX Interior Design has realized a peaceful, countryside retreat conceived to help relieve its inhabitants of their city-related stress. The client lamented the increasingly small size of contemporary urban homes, and the effect of this on lives and lifestyles. in his brief, the owner requested a house capable of transporting inhabitants far from the demands of the urban grind, creating a welcoming, nature-rich environment — a spiritual and mental retreat. 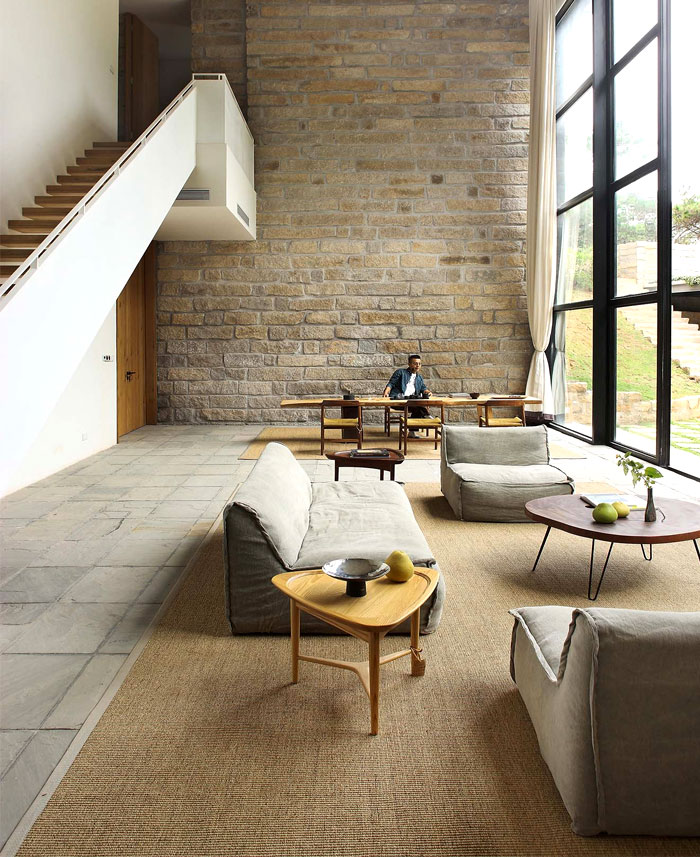 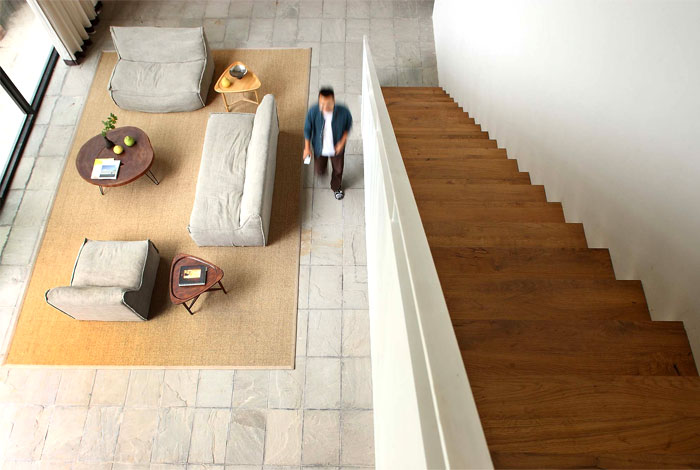 The resultant design by FMX, entitled Returning Hut, is a modern but humble structure, that emphasizes warmth and solitude. Lofty ceilings in the living area create an unburdened, spacious atmosphere, magnified by wall to ceiling glass paneling — in harsh contrast to the confines of today’s generic apartments. The natural world is invited in and extends into the house as exposed stone blocks and light, sculpted wood accentuates and decorates the space within. The exposed interior walls are made mainly of natural materials such as bluestone, slate and solid wood and are presented without excess decoration. The outside world is ever present, the sitting room’s large windows ensuring that the surrounding natural landscape is an inescapable dimension of the design. 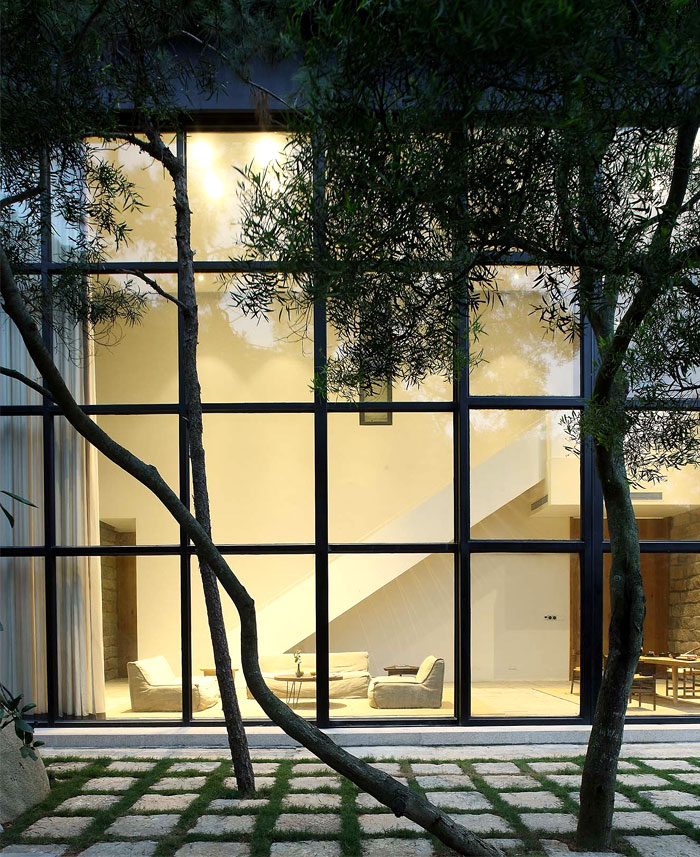 Wall-hugging stairs maximize space, and lead to the wood-clad kitchen on the second level. Interior glass walls elegantly delineate boundaries between the master bedroom and main bathroom, with a second bedroom and children’s room also located on the upper storey. In addition to the continued use of expansive glass windowing, nature makes a literal appearance in the bathroom as a rockface erupts from the ground, framing the luxurious sunken bathtub.  Photography by Wu Yong-Chang 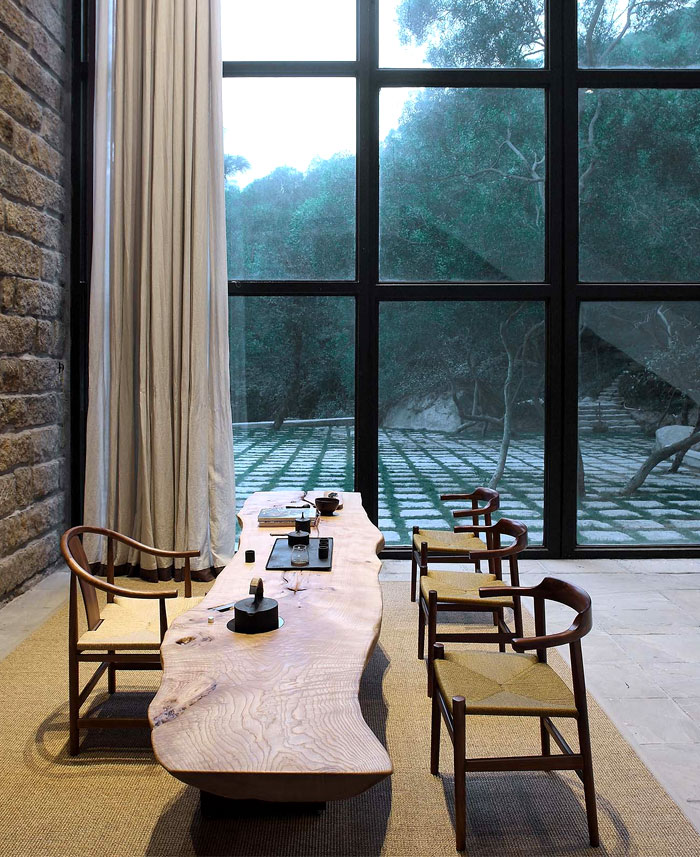 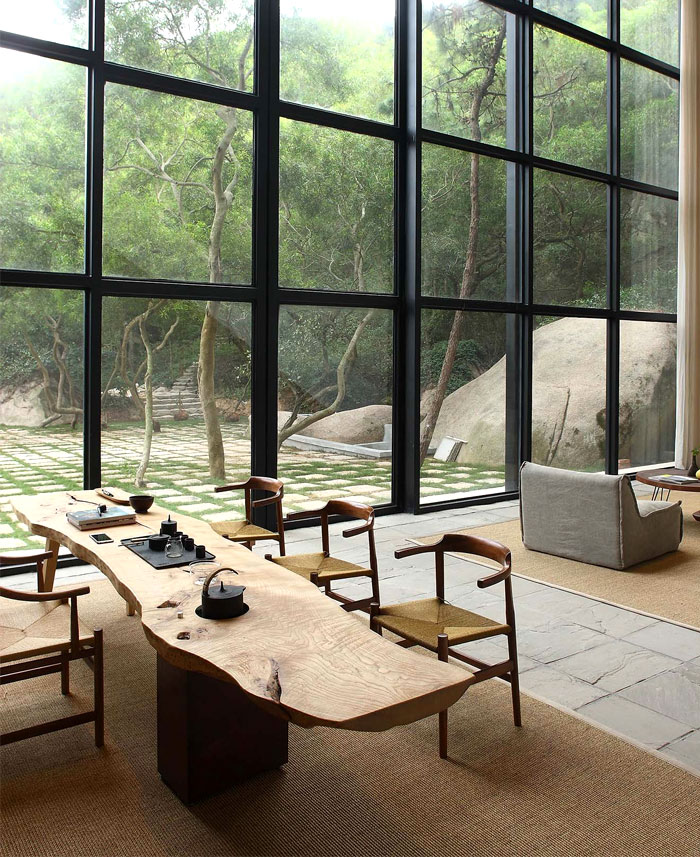 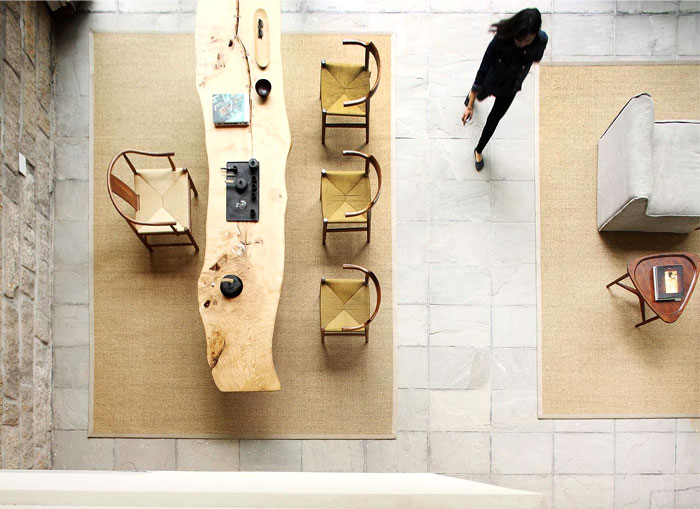 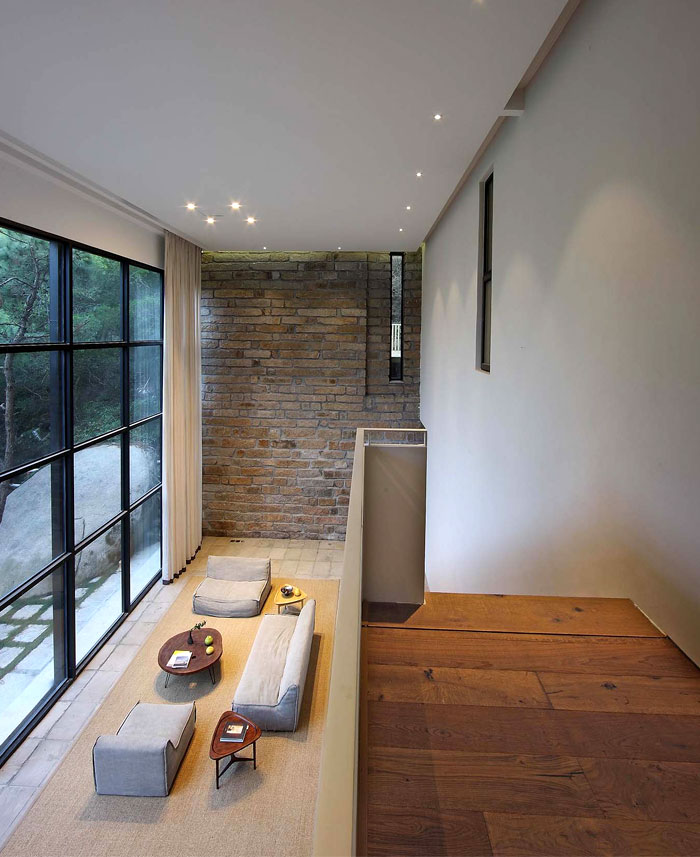 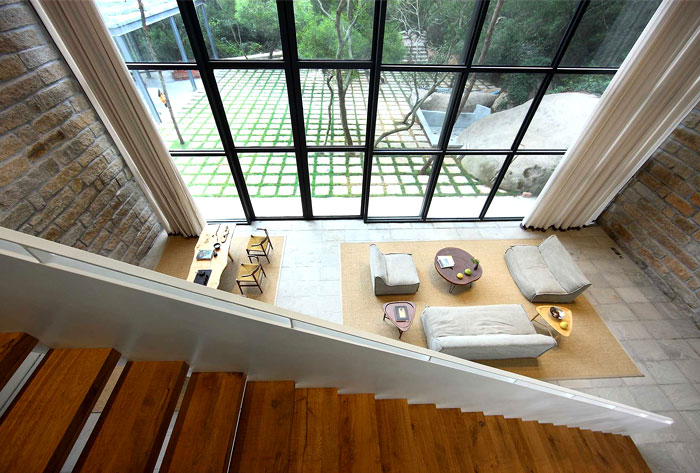 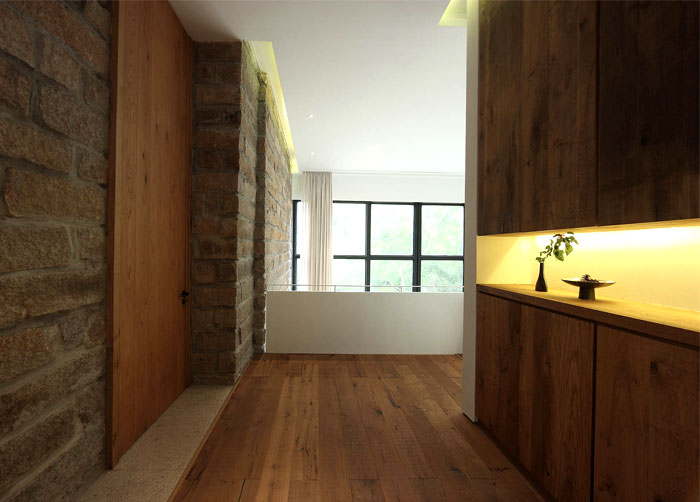 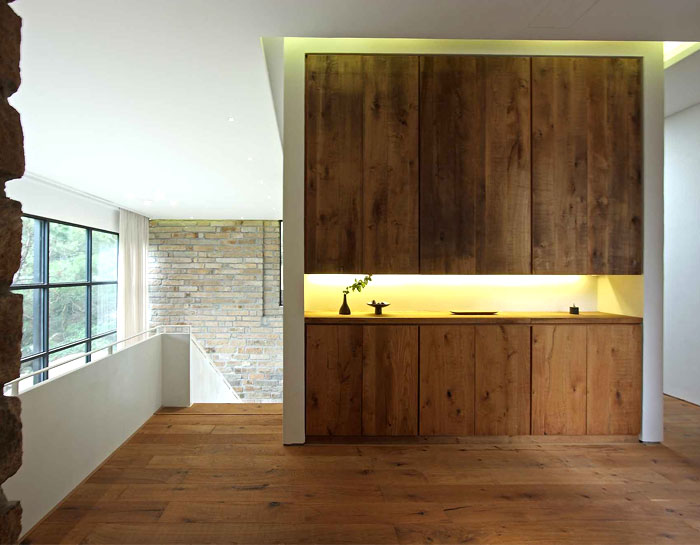 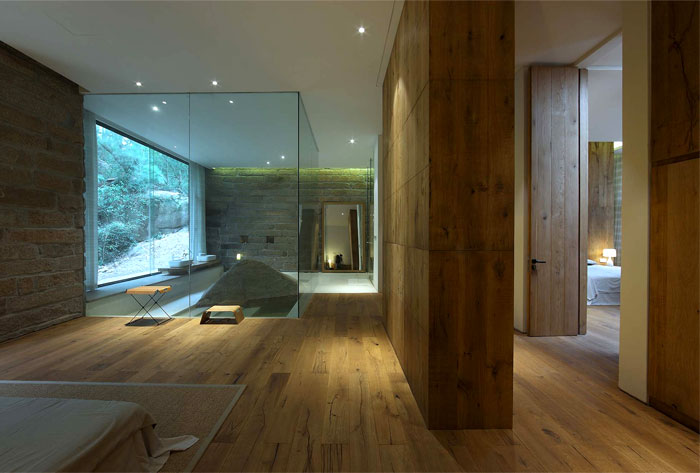 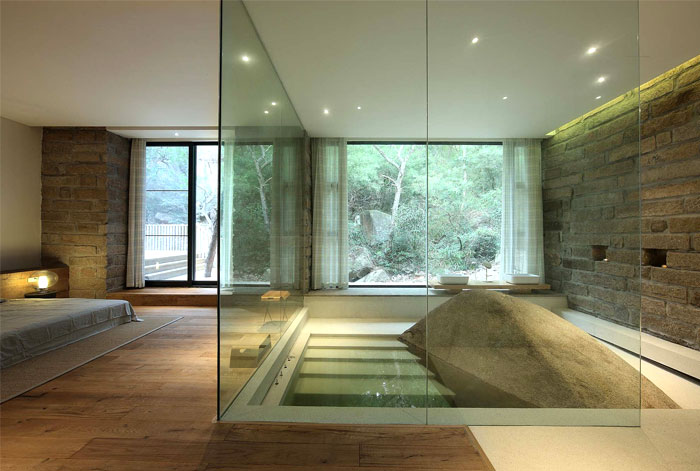 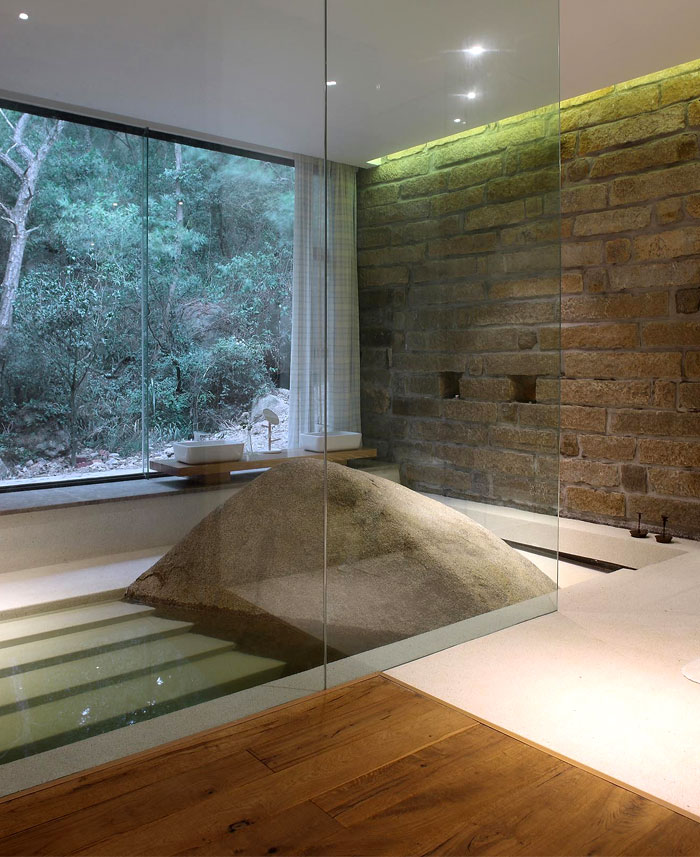 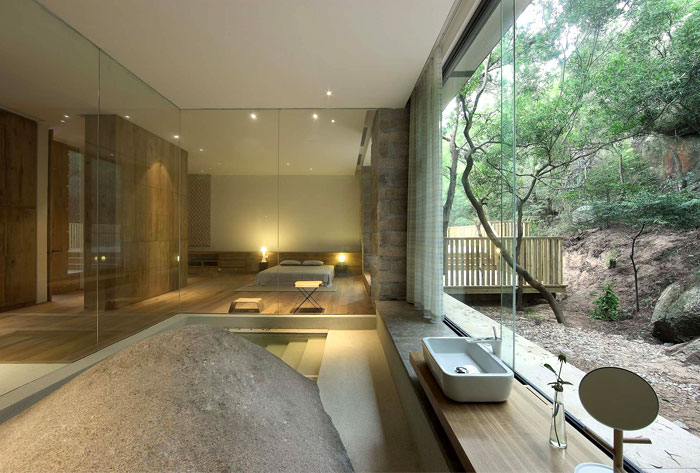 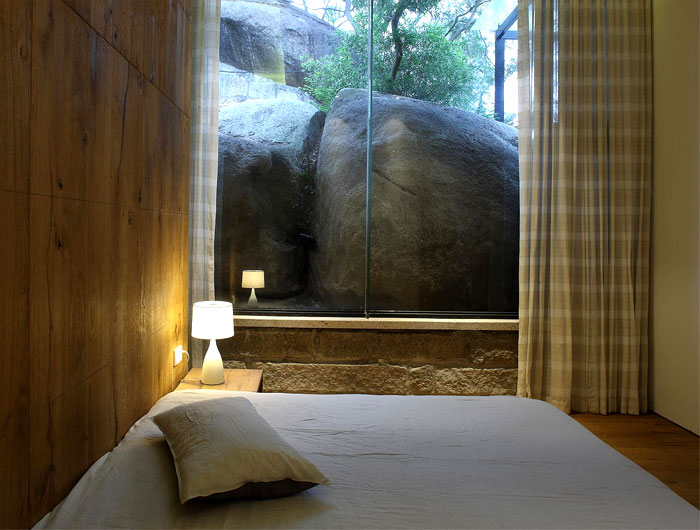