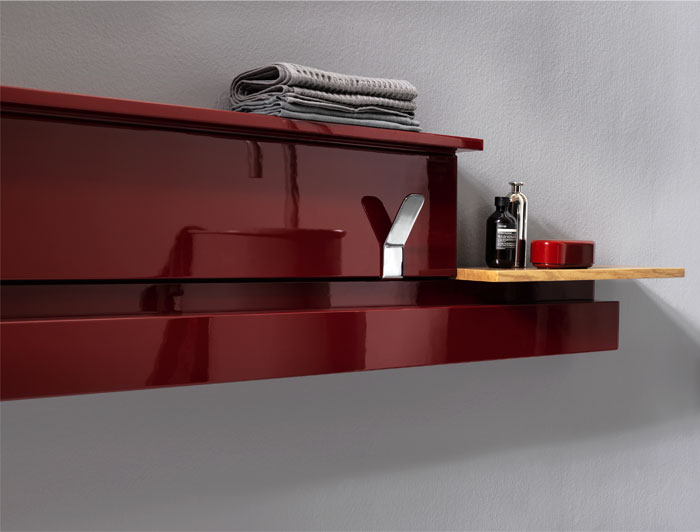 “Rift is a new radiator made up of different modules which can be combined to create compositions which fit perfectly into any architectural space. It is a functional product with a minimalist elegance that enables architects to ‘design’ the form which best fits their needs.” Ludovica + Roberto Palomba with Matteo Fiorini. 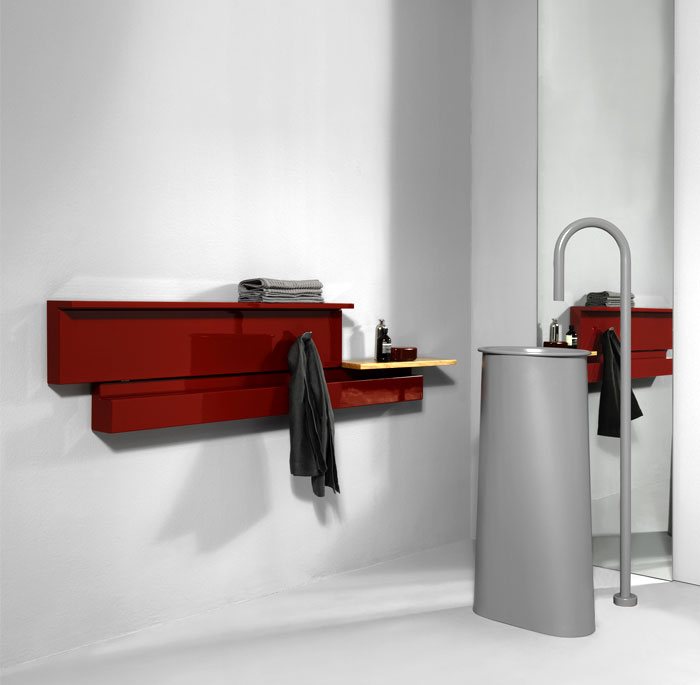 Rift is a modular, component-based radiator, designed to satisfy the customization requirements of any designer. It is made up of modules in extruded aluminum which can be arranged horizontally or vertically, aligned, unaligned or inverted to form compact, symmetrical or asymmetrical sculptures. Its versatility is further enhanced by the line of accessories, which includes shelves, making the radiator perfect for living rooms or bedrooms, along with heated towel rails, ideal for the bathroom. 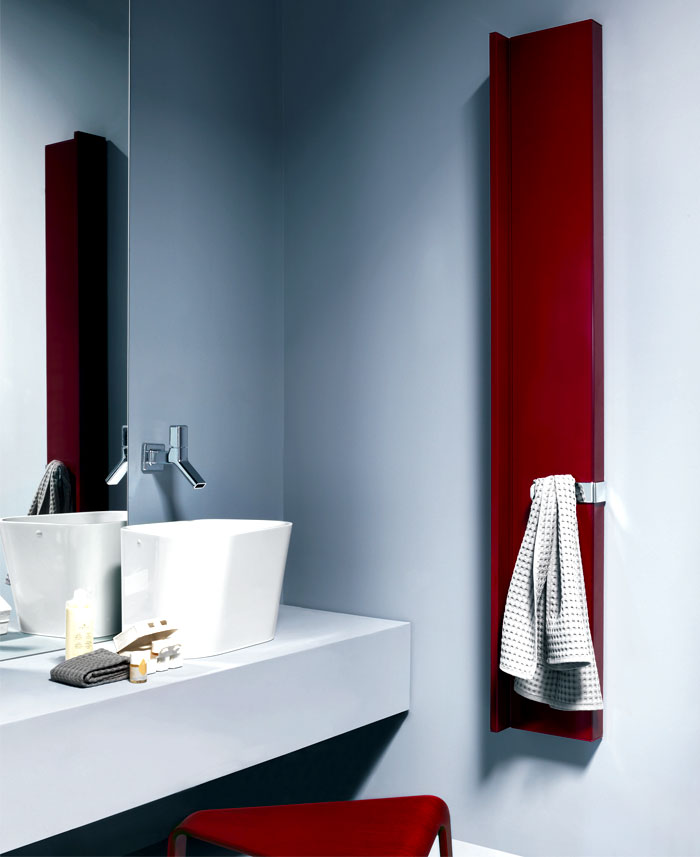 The greatest new feature of Rift, which makes it the perfect radiator for renovations, is its high, patented technical innovation related to installation which is much simpler than for any traditional radiator. Precise centering is no longer necessary for connection to the plumbing system which for Rift occurs using a single collector with flexible centering. Tubes offer some standard models consisting of double or multiple combinations of Rift, horizontally or vertically aligned, misaligned or reversed by varying sizes and different joints, creating a collection of monumental and customized radiators according to your taste and needs. 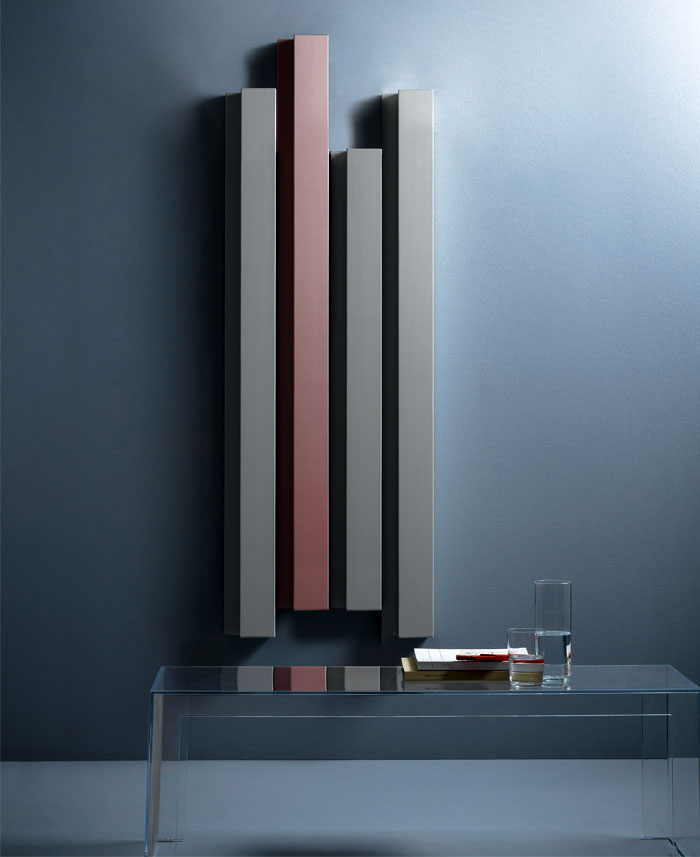 Rift, which is TÜV certified and tested by the Milan Polytechnic, is available in the electric and hydraulic versions, and allows superior energy performance levels, with a heat output of approximately 1150 Watts/liters. Thanks to its ability to combine technical innovation and impeccable styling in the best possible way, Rift was picked out to win the iF Design Award in the Building Technology category. And will be on display from 6th October 2016 until 19th February 2017 at the iF Design Exhibition Hamburg, the permanent exhibition in the center of Hafencity in Hamburg. We spoke to Roberto Palomba in detail about the main features of Rift. 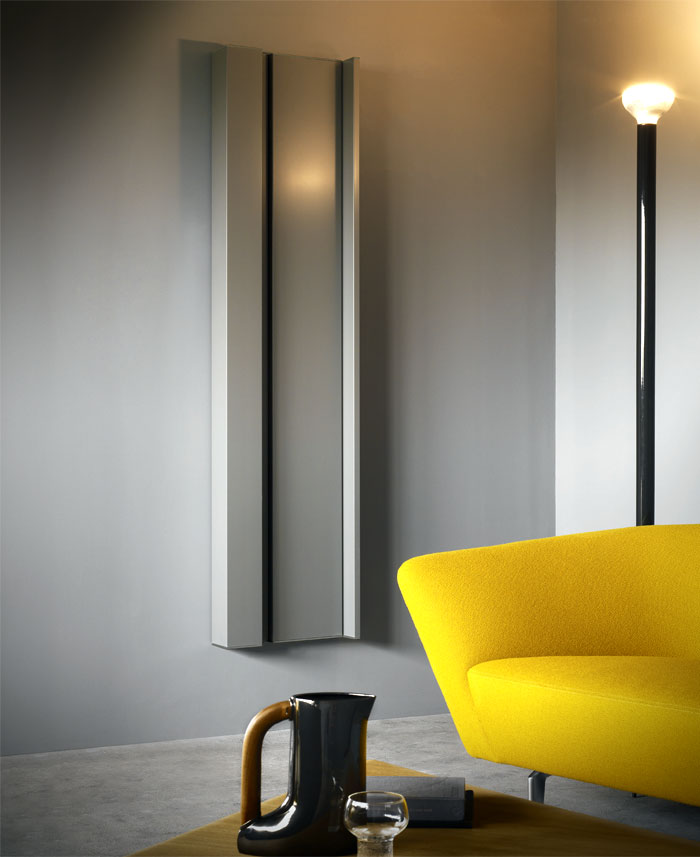 The Rift radiator by Tubes has won the iF Design Award, one of the most prestigious awards worldwide. In your opinion, what particular distinguishing feature struck a chord with the jury?

Roberto Palomba: Rift is the first radiator to highlight significant evolution in the way of thinking and designing this type of product within the home. Rift is far from the traditional idea of radiators, thanks to its elements that can be placed without any rule of order, either horizontally or vertically, revolutionizing the concept of the radiator as a single, well-defined object. This significant research conducted by Tubes into the world of radiators therefore continues. Rift is a project that moves completely away from the technical approach to this sector and sees the architect involved both as the main player and designer. 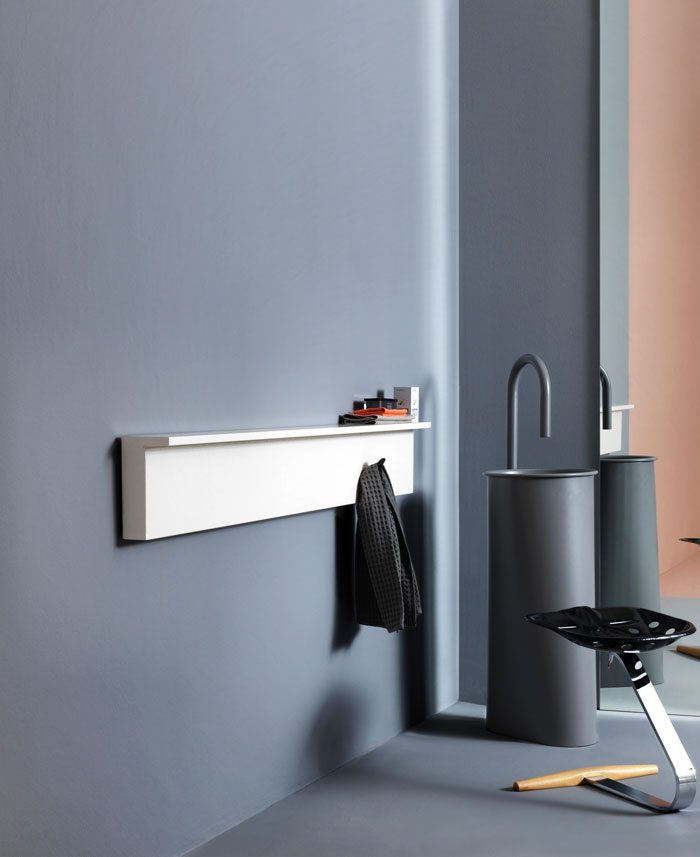 Functionality and elegance are two keywords: how do they come together in the design of Rift?

Roberto Palomba: Aesthetics and functionality are often thought as two competing facets, but we believe that the balance between these two elements generates what we commonly refer to as good design. 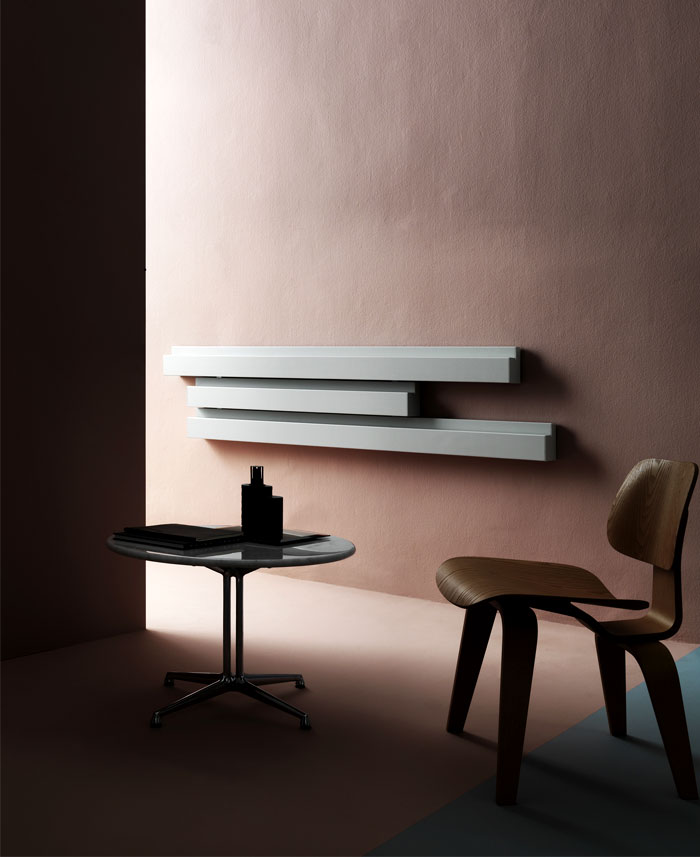 Is Rift the result of your experience as architects? In your opinion, was the market lacking this type of radiator, one that is modular, component-based and customizable?

Roberto Palomba: The whole Tubes project stems from our need, as architects, for radiator elements that give back some iconic value to the idea of warmth. It was fundamental to take the concept of heat into the home through a new idea of contemporary iconicity, which used to be provided by a fire in the fireplace or a stove, which represented semantically the center of the home and hearth. In fact, the path taken by Tubes with Elements intends to rebuild a relationship between these themes and their symbolic and primary role on the domestic scene, changing and evolving, as art has changed from figurative to abstract and conceptual. 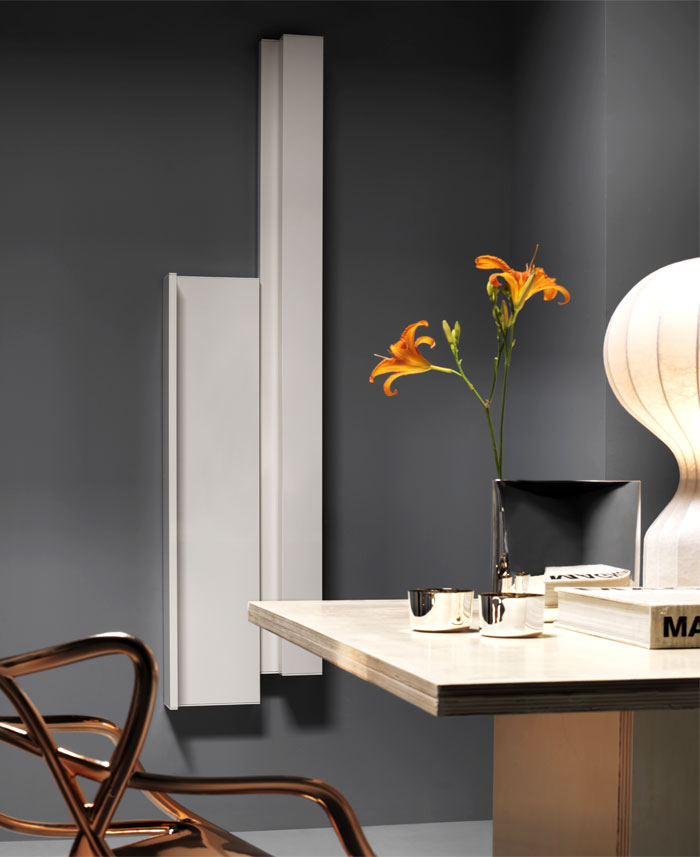 Which role does the wide range of accessories play in making Rift a genuine interior design item? Which spaces and what kind of customization are the most suitable for Rift?

Roberto Palomba: Usually, even the strongest objects end up being lost in space, as the eyes eventually stop seeing them. Constant interaction with this object allows us to remember it is there, as well as to offer functional features, further emphasizing the centrality of warmth. With Rift, the game of accessories is fundamental; indeed, the interesting thing about this product is the game of interaction: accessories such as shelves and clothes hooks encourage a use that is not merely passive. 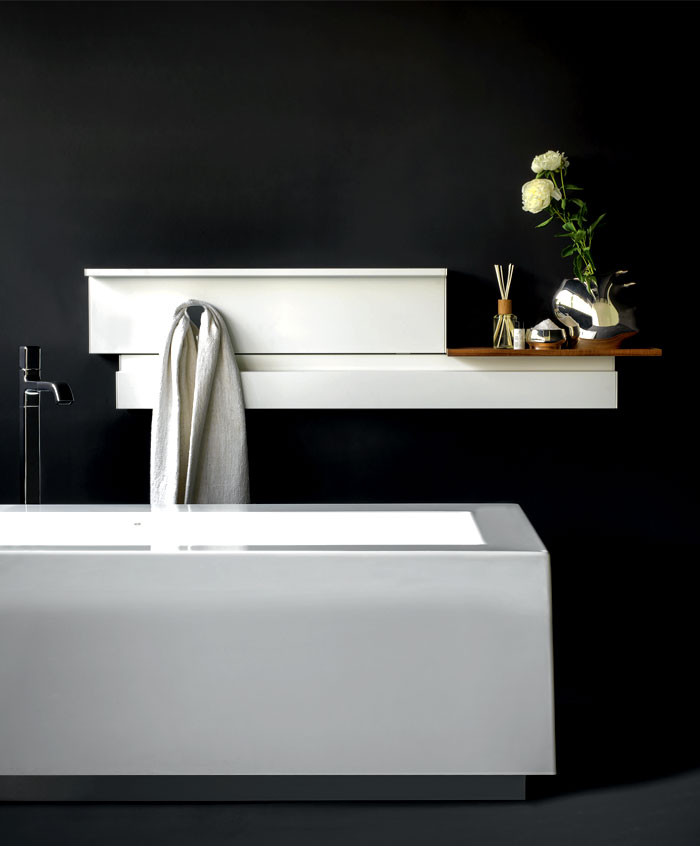 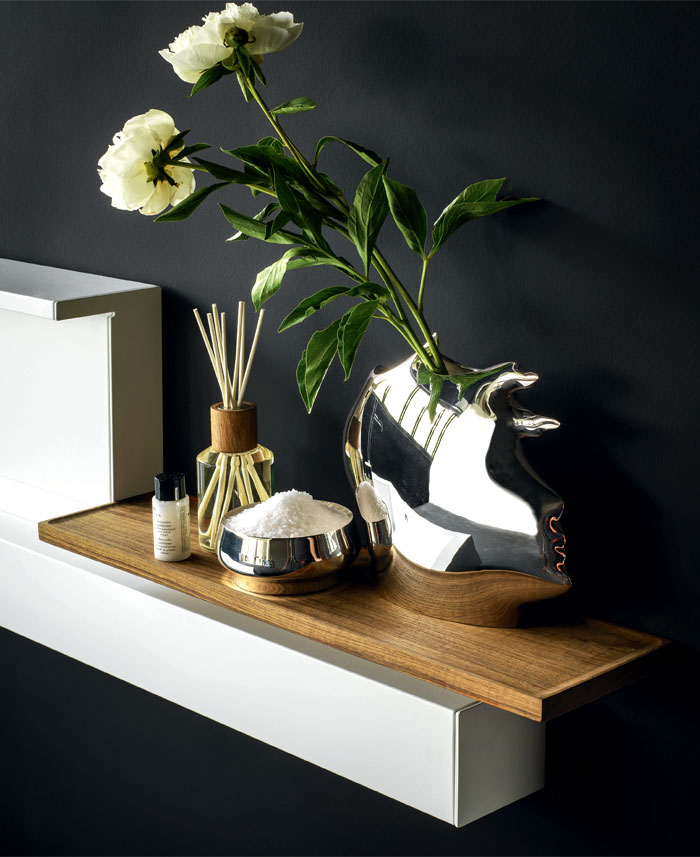