French designers Ronan and Erwan Bouroullec have used wooden moulds to produce giant versions of their diamond-shaped Ruutu vases. The vessels are named after the Finnish word for diamond, and were originally released by the design duo in 2014. Unlike the previous range, the larger limited-edition pieces for London’s Galerie Kreo were made using wooden moulds – a process that involves inflating molten glass into a wooden cast through a blowpipe. 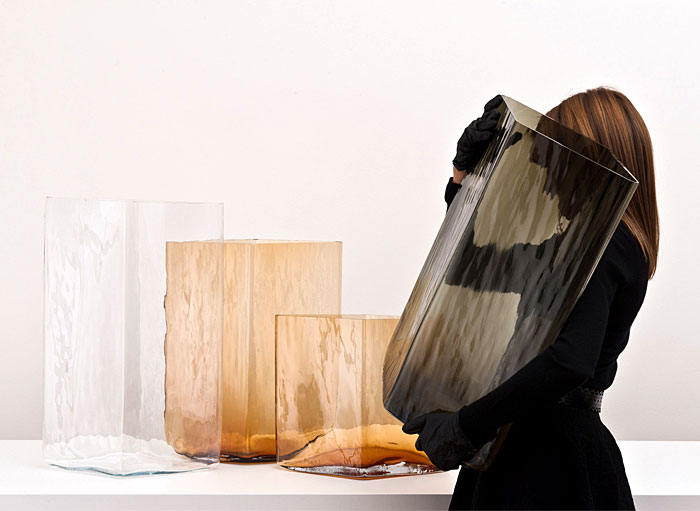 This gives the rhombus-shaped vessels, created by Finnish manufacturer Iittala, a textured surface that Ronan Bouroullec likens to “rain on a window”. “Historically Iittala create limited-edition pieces, and they asked us if we were interested to do something too. We thought it’d be a good idea to produce these vases in wooden moulds, and decided to make them at a big scale.”
“When the glass contacts the wet wooden mould, it makes the surface undulate in a certain way – it’s a bit like when there’s rain on the window,” he continued. 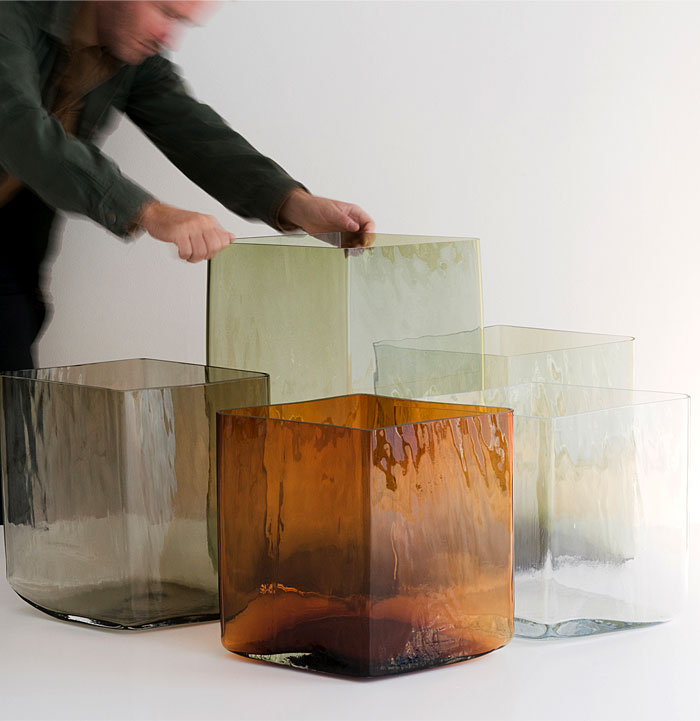 The collection includes 14 vases, ranging in colours and from 35 to 62 centimetres in height. Shades of amber and green differ, depending on the thickness of the glass and the depth of the undulations on its surface, so no two vases are the same. 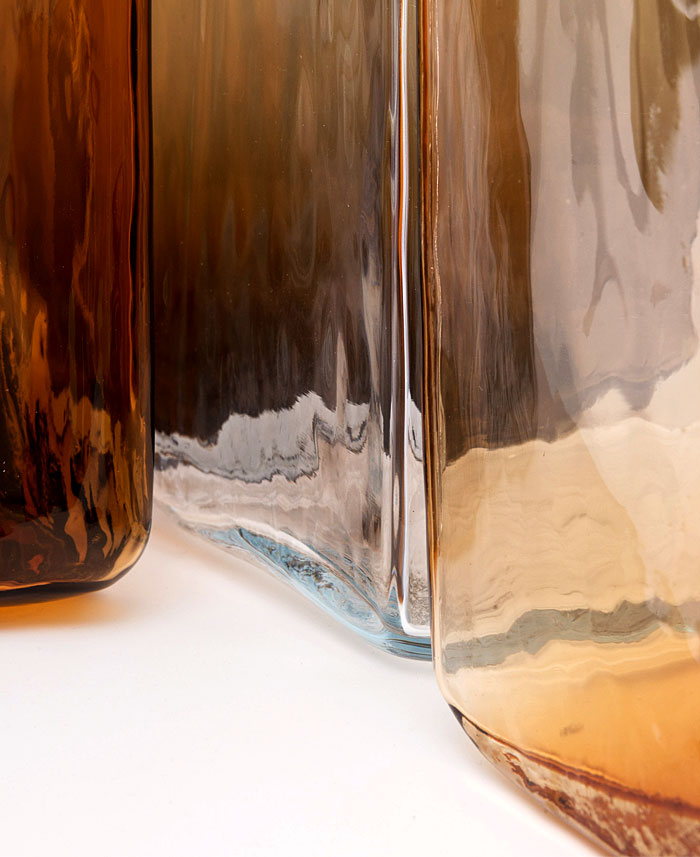 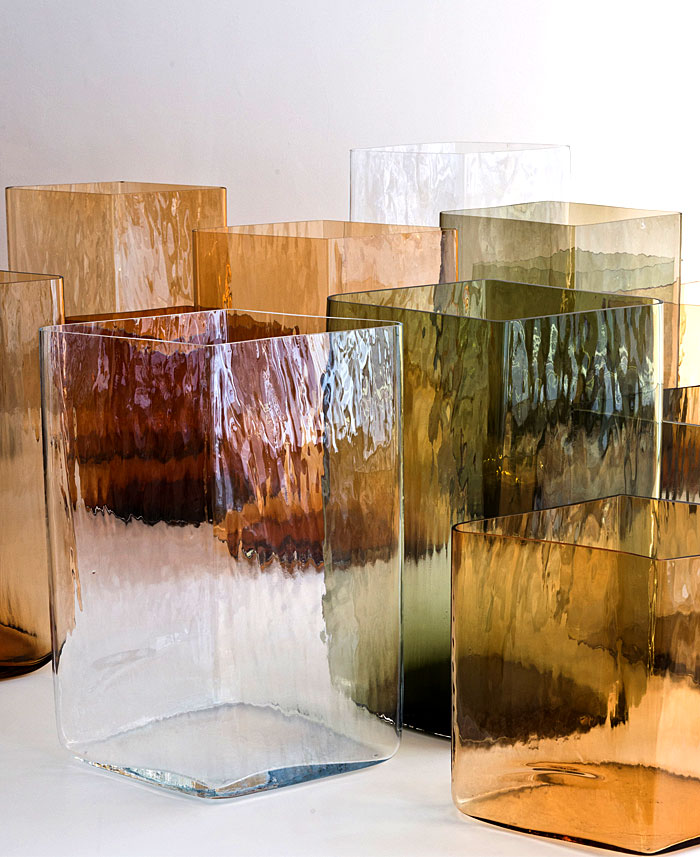 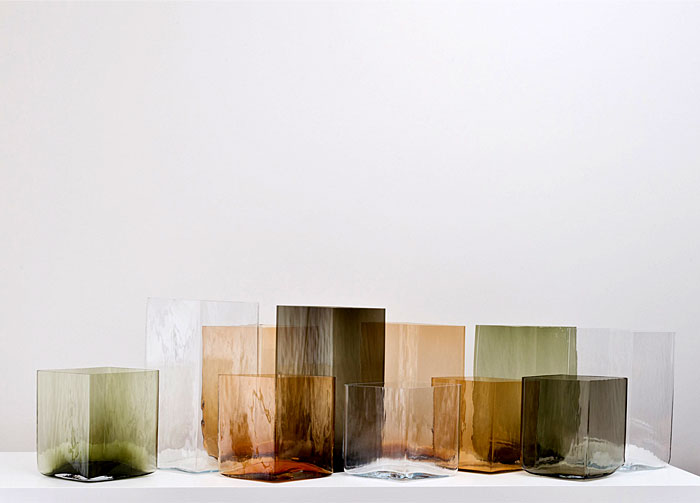