Architects office Studioplusthree has overhauled a traditional house in Sydney for a pair of musicians, adding a recycled-brick extension that features a projecting black steel awning. Situated in the suburb of Marrickville, Llewellyn House is a typical example of the Federation style that was prevalent in Australia at the turn of the 20th century. It was in a derelict condition when the owners asked Studioplusthree to transform into a modern, light-filled living and rehearsal space for its owners. 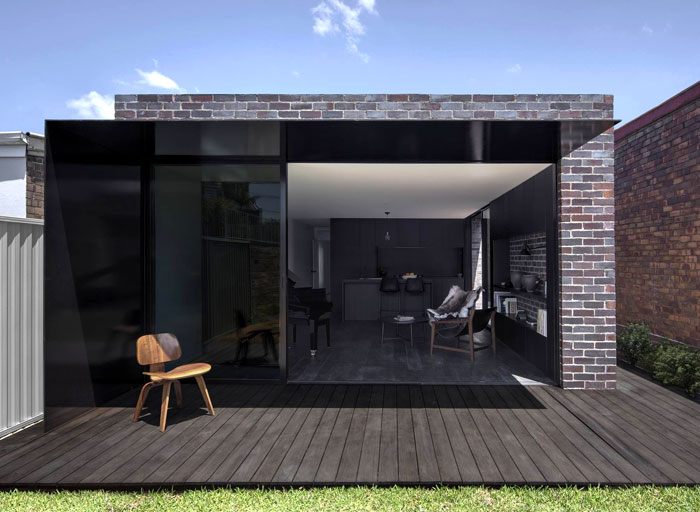 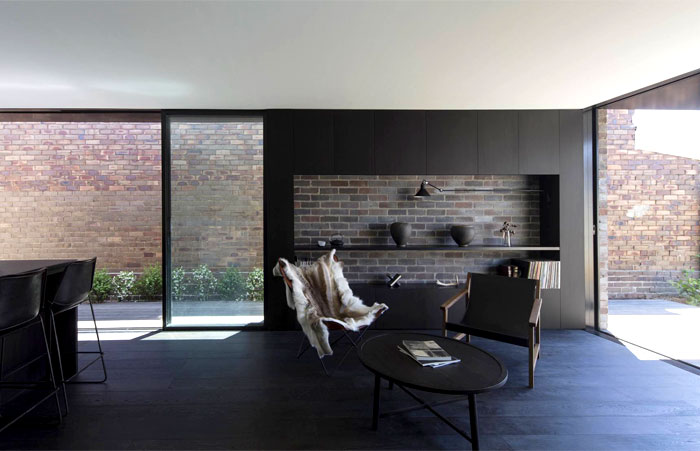 Inviting life into a once-derelict Marrickville cottage, a complete renovation, and new extension establishes living and rehearsal space for two musicians. A comfortable retreat set within a garden; original Federation interiors are restored in crisp white, while new elements are introduced in a restrained palette of dark timber, steel, and porcelain. 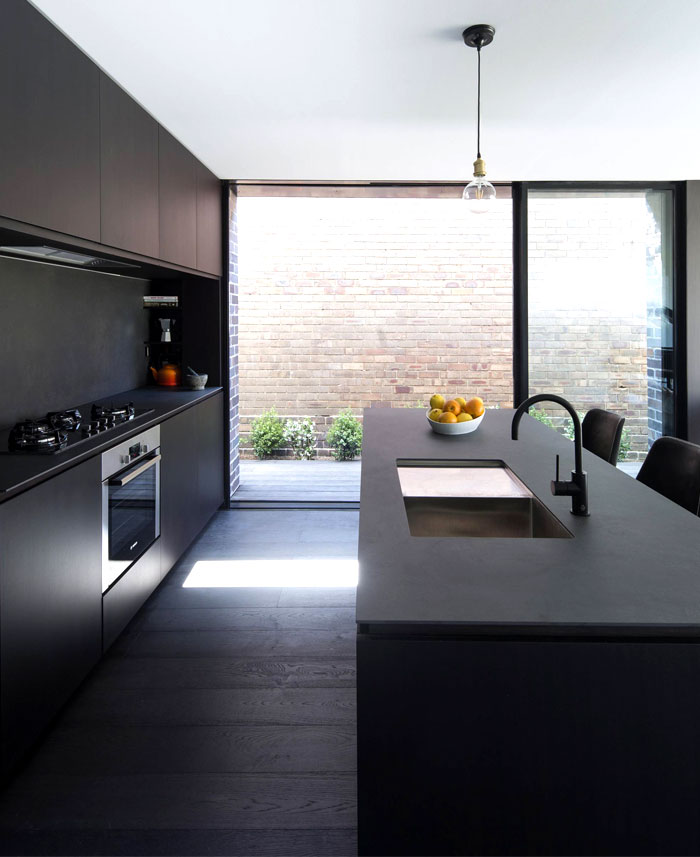 The conceptual starting point was contrasting tones of light and dark, knitting together old and new. This is expressed through the specific combination of elements, forming an interior which is both rustic and slick, thin yet massive, dark and bright. The roughness of aged recycled bricks is set against a glossy metallic surface; the thinness of a steel edge projects from a solid volume, whilst careful detailing produces an interior of simple planes, clean lines, and open spaces. 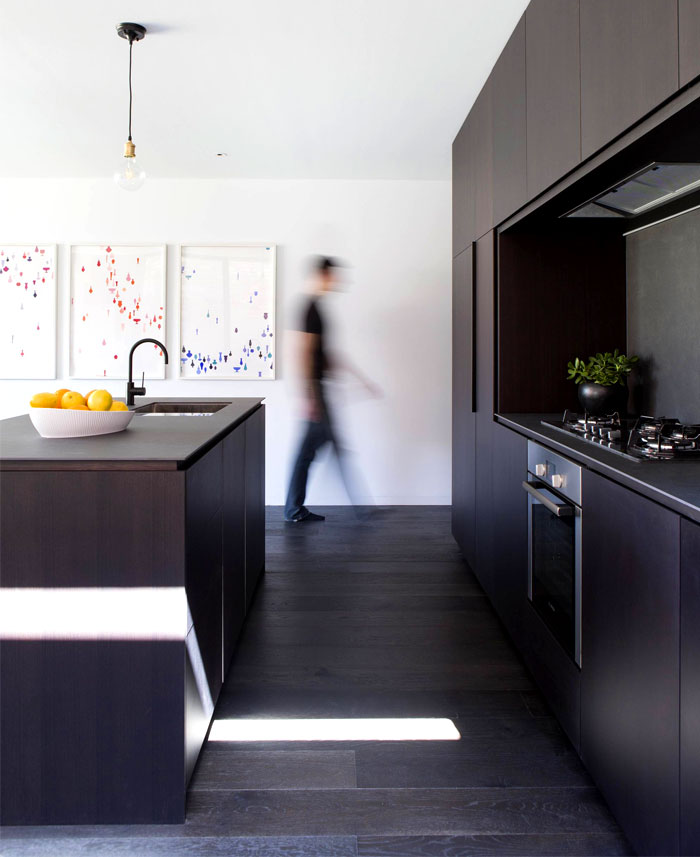 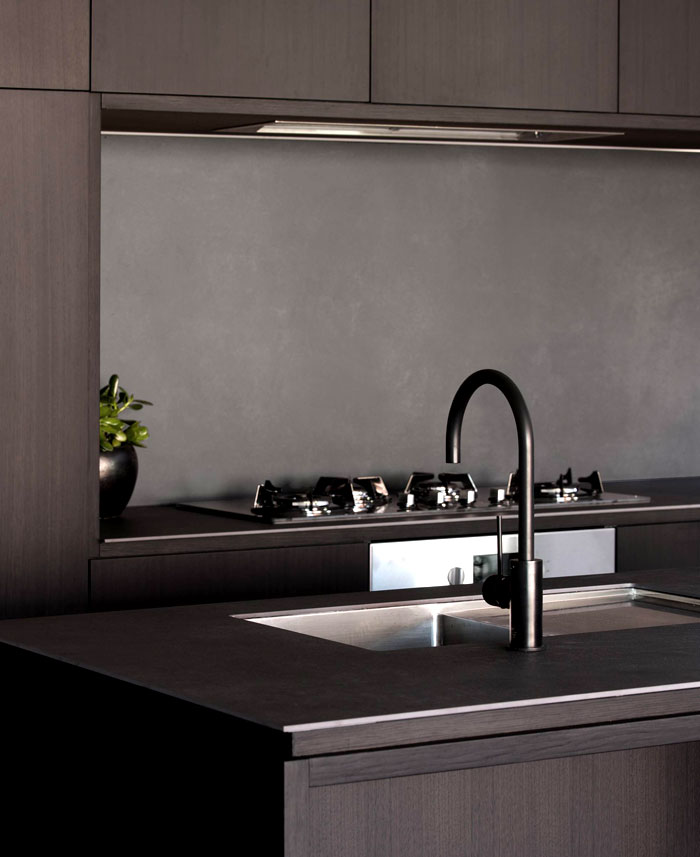 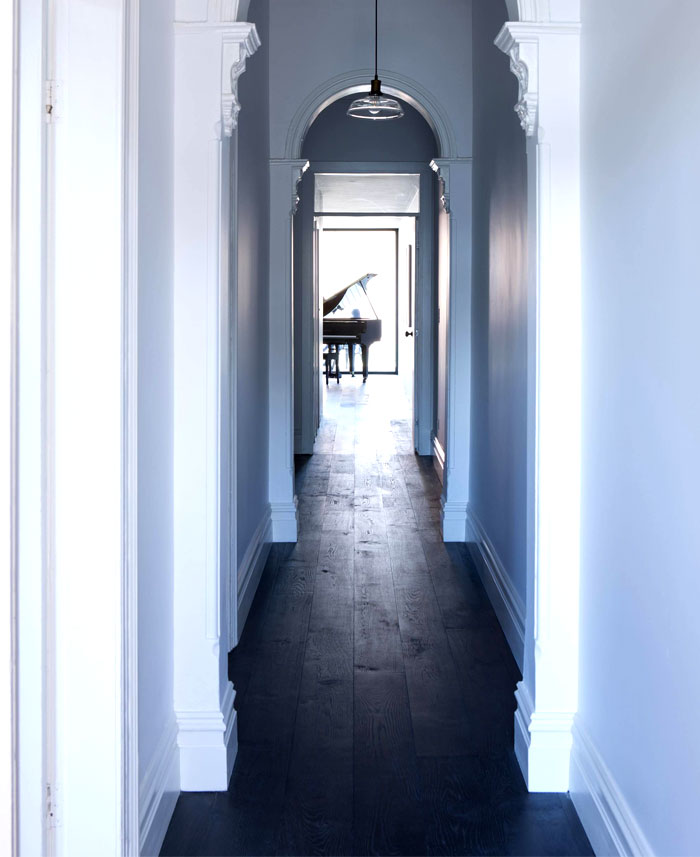 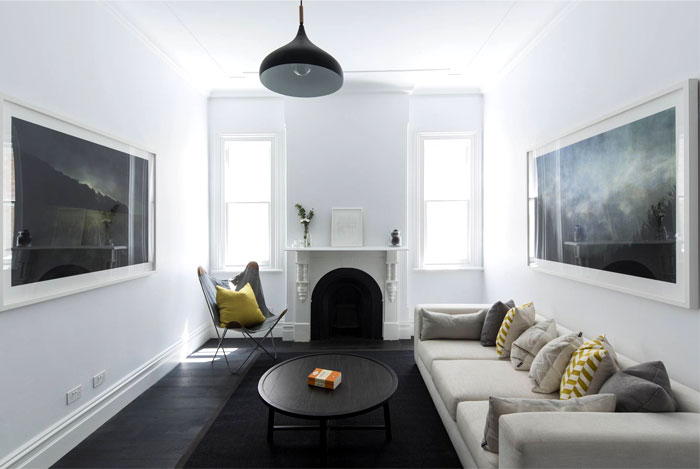 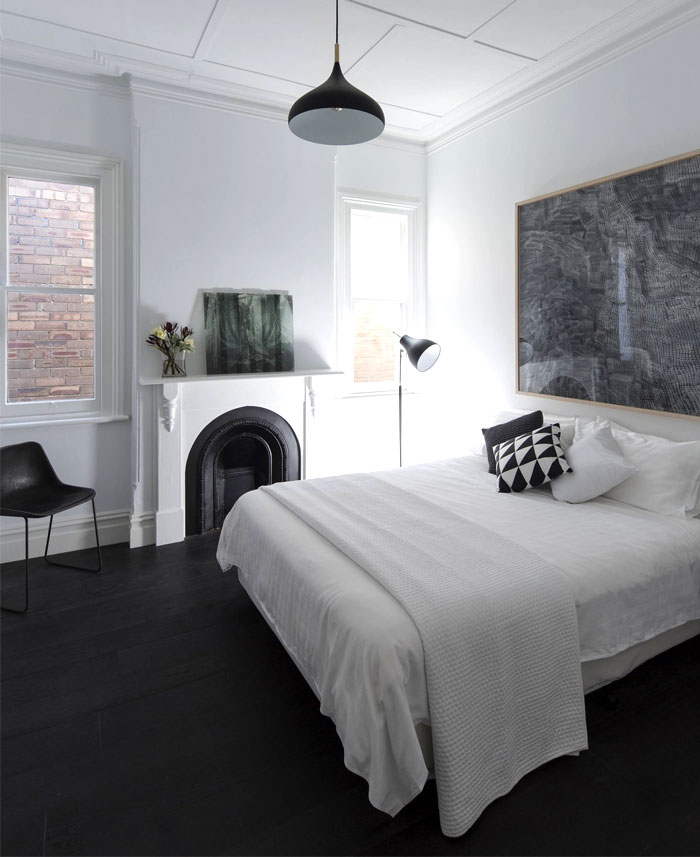 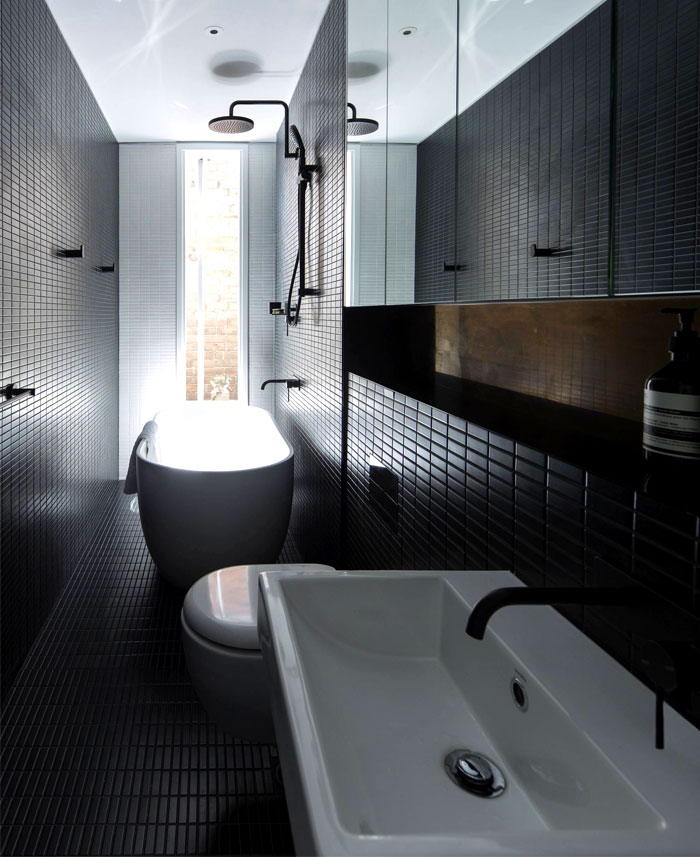