Spacelab architects rebuilds a one-storey villa of the 1980s located in Puszczykowo, Poland and completely reshape it to modern and convenient family home. 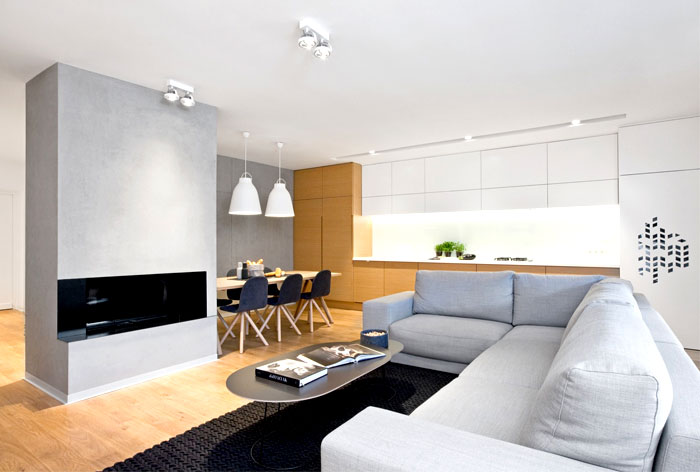 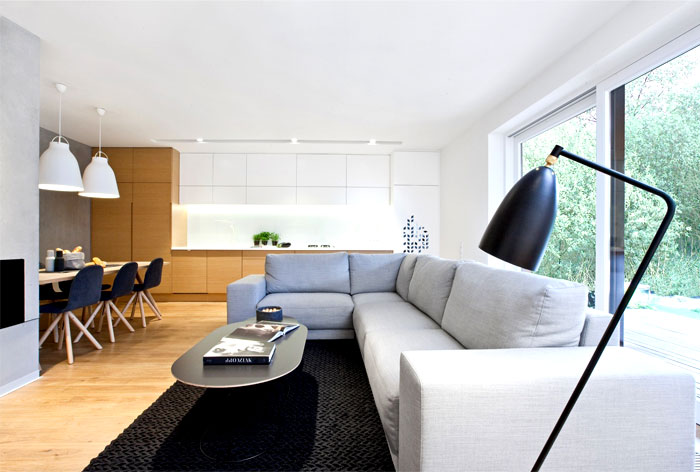 The house was surrounded by a vast arboreous garden and had a great location, which finally affected the investors’ decision – instead of constructing a bigger building in a new place, they decided to follow the laborious path of total reconstruction of the existing house. This choice meant that the interior together with installations could be entirely rebuilt while the exterior could be left intact.   Photography by Moiz 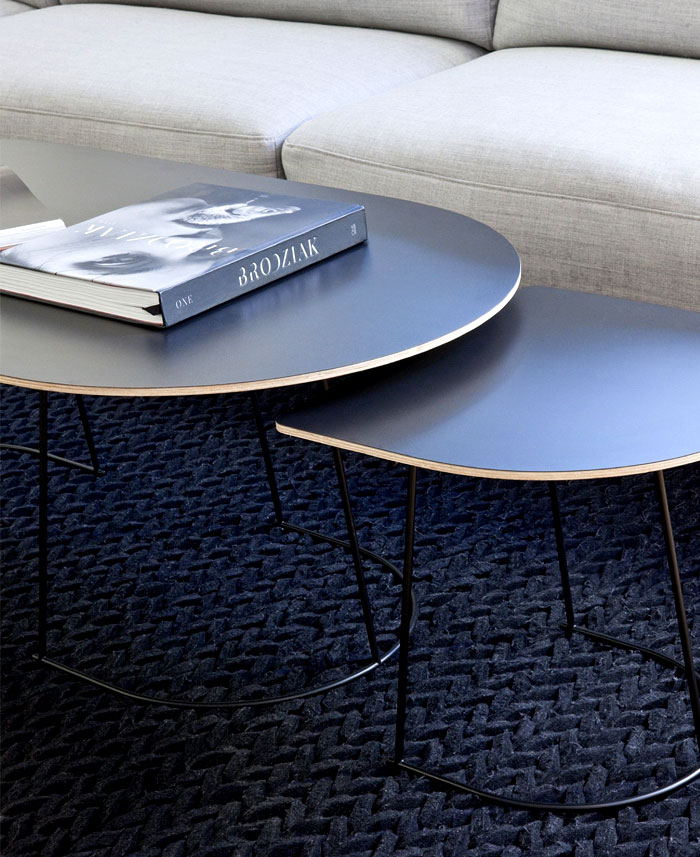 The design assumed leaving fragments of existing walls; the rest was demolished. The fireplace as the heart of the house remained in its old location, but it was opened from two sides. In Spacelab’s design, a rather nonfunctional living part was changed into a spacious living-room connected with the dining-room and the kitchen. Due to permeation of these areas, the architects cared very much about the kitchen melting into the living-room. A TV set was also not meant to disrupt the subdued character of the living-room, so it was built-in. It was also at that moment that the idea arose to create a graphic perforation in some selected furniture. 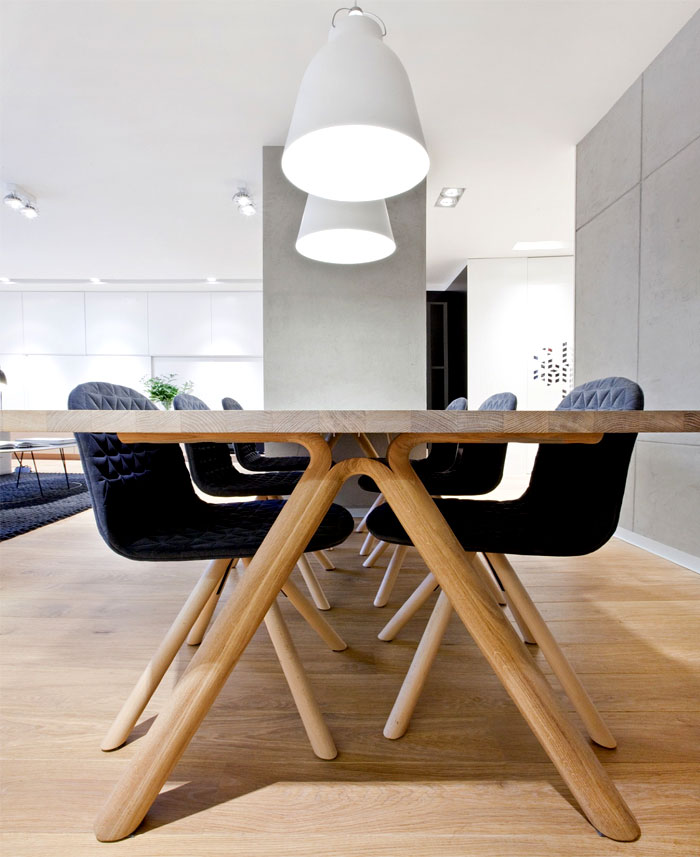 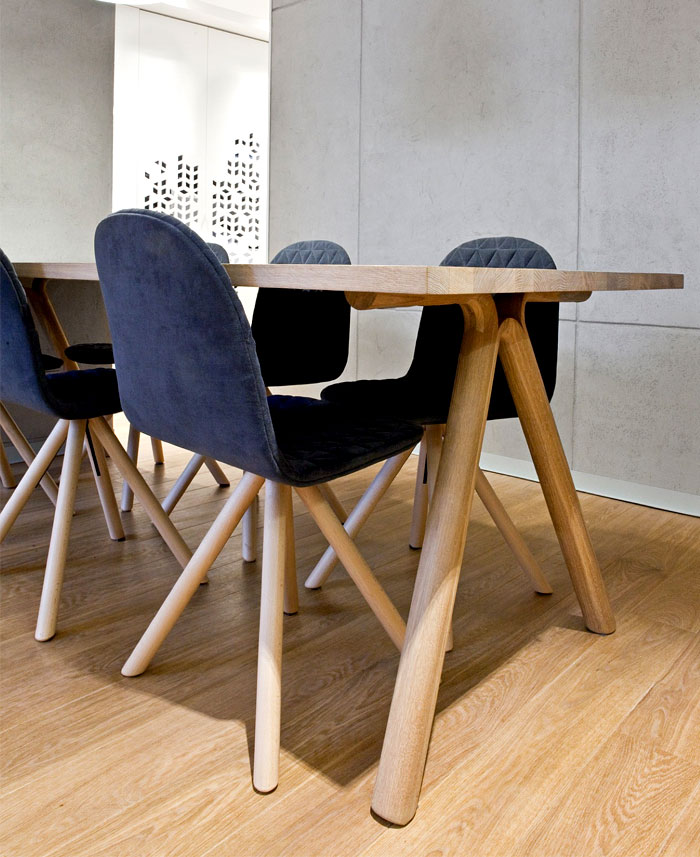 The perforated theme was repeated in the kitchen and front panels of the wardrobe in the entrance hall. Doors with hidden casing, built-in furniture the same color of the walls, hidden audio systems – all this was meant to melt into the interior, yielding priority to perforated ornaments. We might say that geometrical patterns took the place of paintings on the walls. Perforation looks different depending on the time of the day and lighting. At night, when the lights in the living room are out, and lamps in the rooms at the back are turned on, these perforated walls look like giant lanterns. 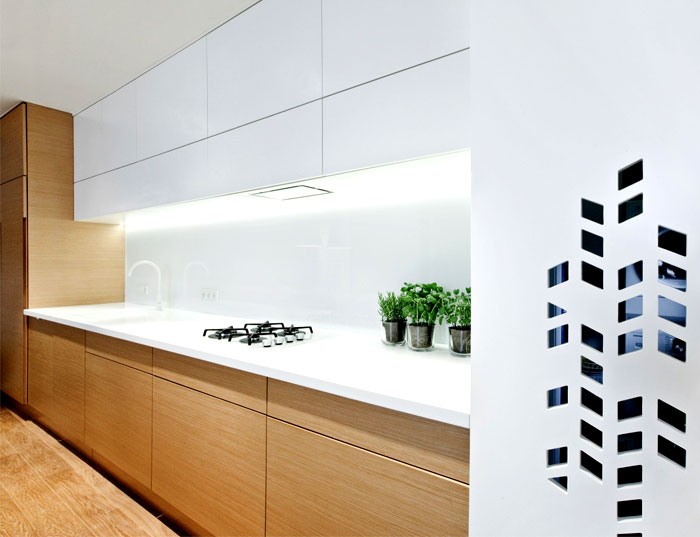 Kitchen chairs refer to this motive – the geometric quilt is impressed on their seats. Interestingly, the chairs and the table, although they look like the designer’s harmonious matching, are the designs of various firms: Mannequin chairs are products of the Polish company Iker, while the table is a product of the Scandinavian team Muuto. 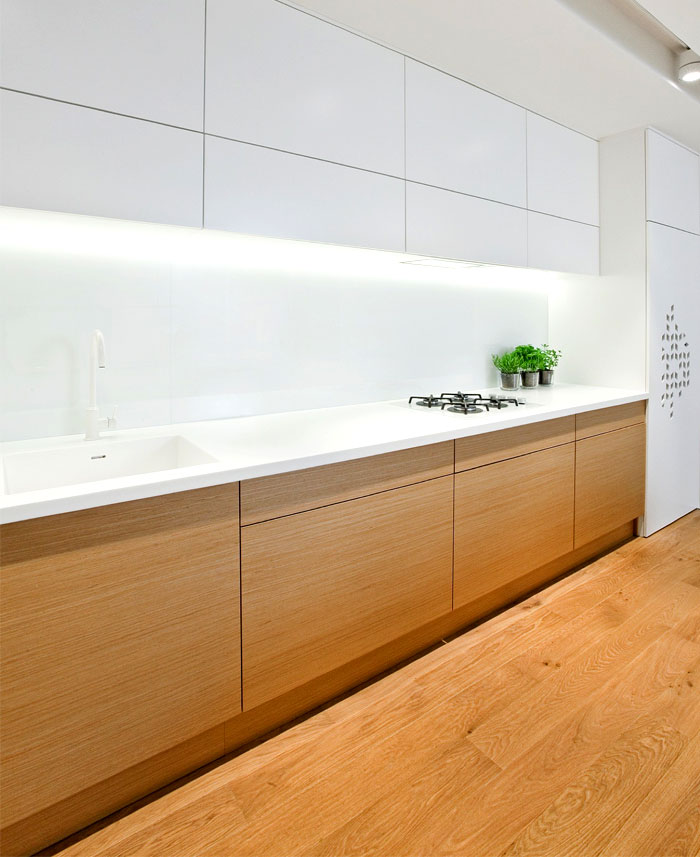 The most characteristic piece of furniture chosen for this interior is the black armchair RM58 standing in the entrance hall. Designed by Roman Modzelewski, and despite being an icon of Polish design of the 50s, it was not produced in serial production. In 2012 the company Vzór got interested in the reactivation of the historic design of the RM58, and so it found its way into shops. The lamp near the armchair and lights over the table are Caravaggio Lightyears’ design. In the heart of the house a comfortable sofa was placed, accompanied by a classic of design – the Gubi lamp. These interior design elements were found in the Ipnotic Store. 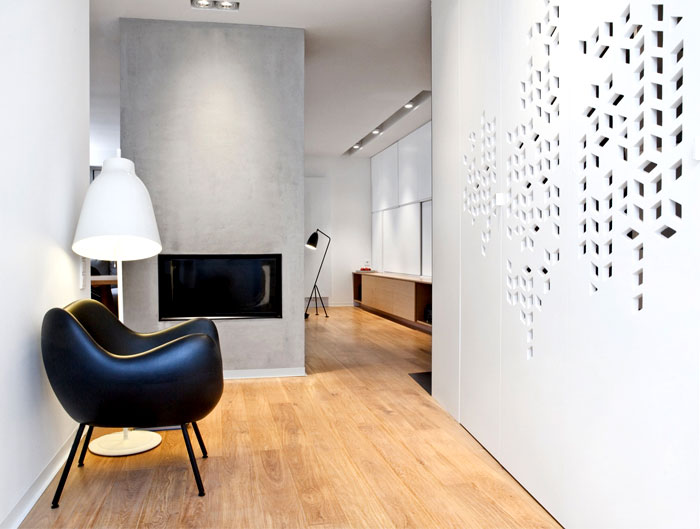 Apart from the living part, the bedroom areas were also changed. The rooms of children and parents, formerly adjacent, were relocated in various parts of the house. The kids’ rooms are situated around a separate hallway, which gives all the family members, even more, privacy. Although the parents’ bathroom is small, it was covered by a mirror wall, optically increasing space. Even the heater hanging on the wall does not disturb the reflection of the interior, as it also has a mirror coating. 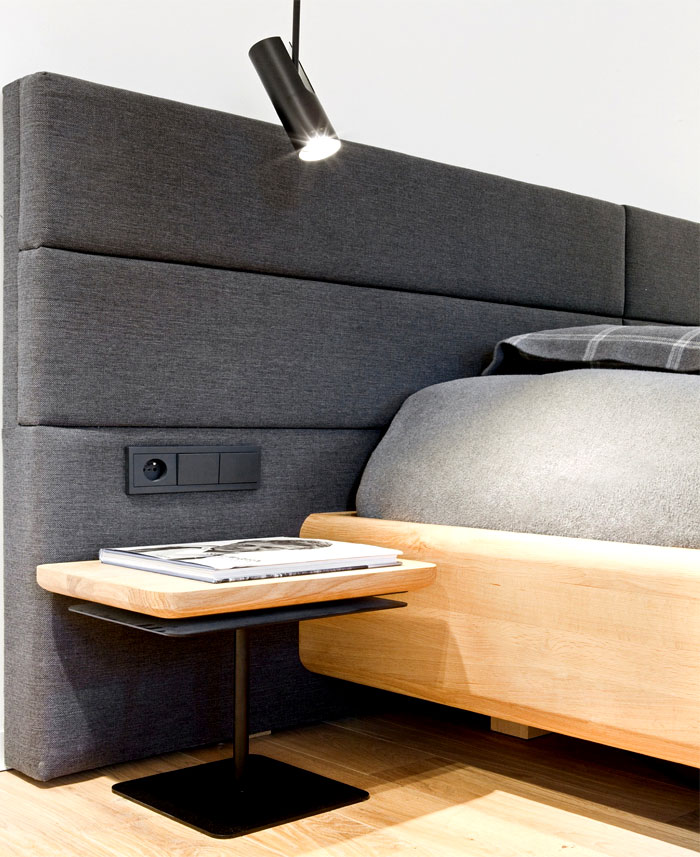 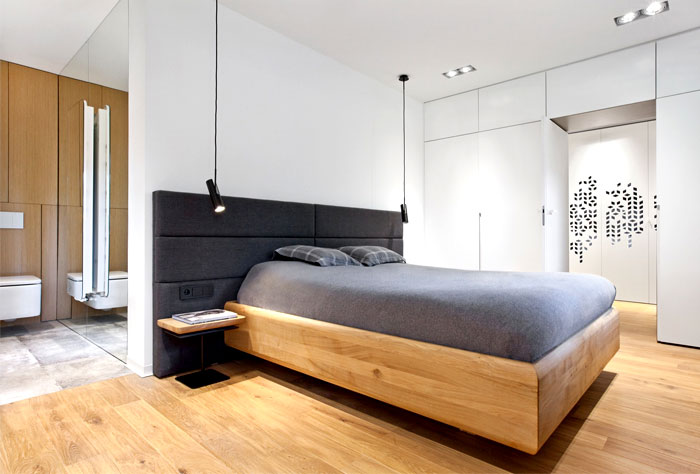 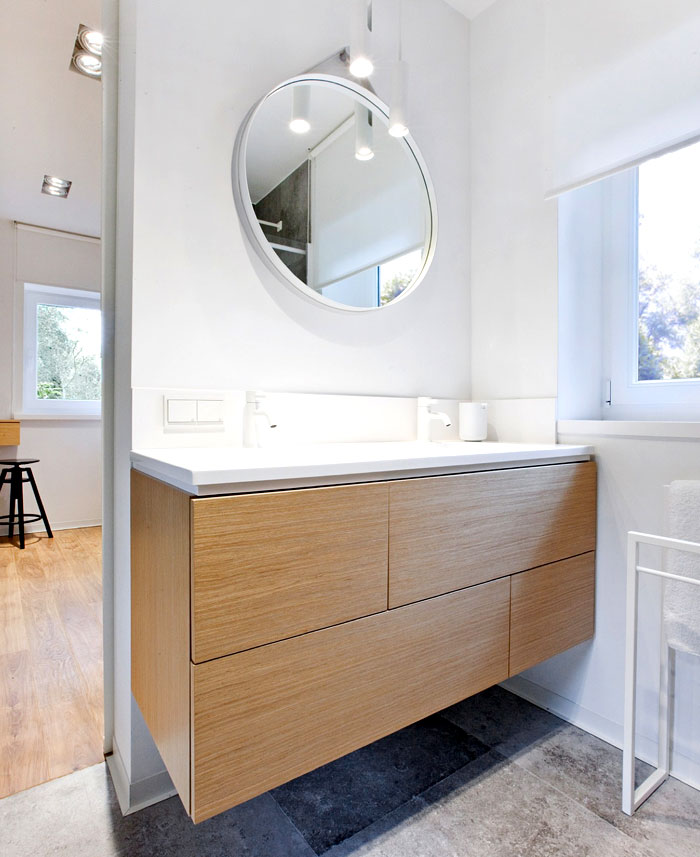 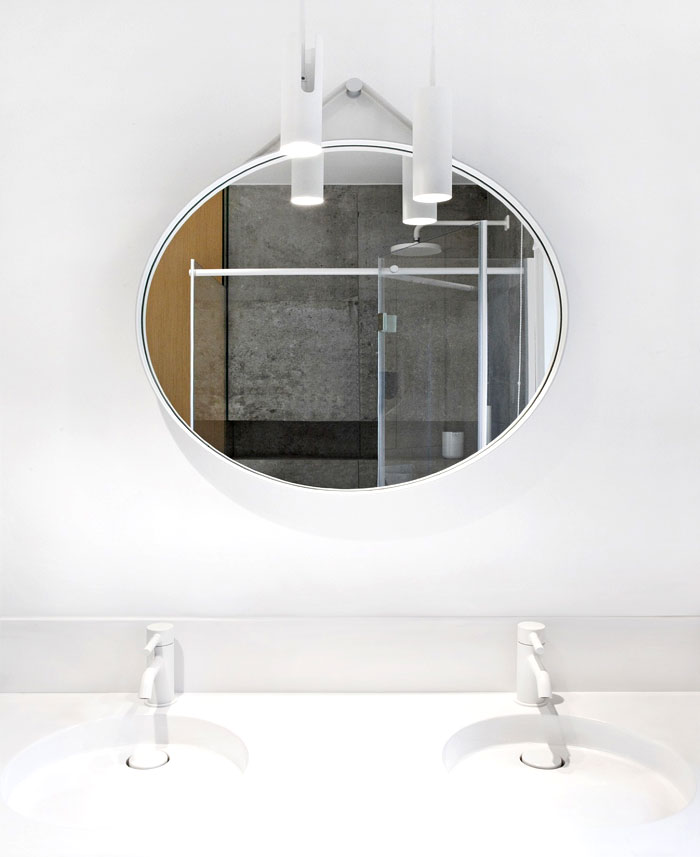 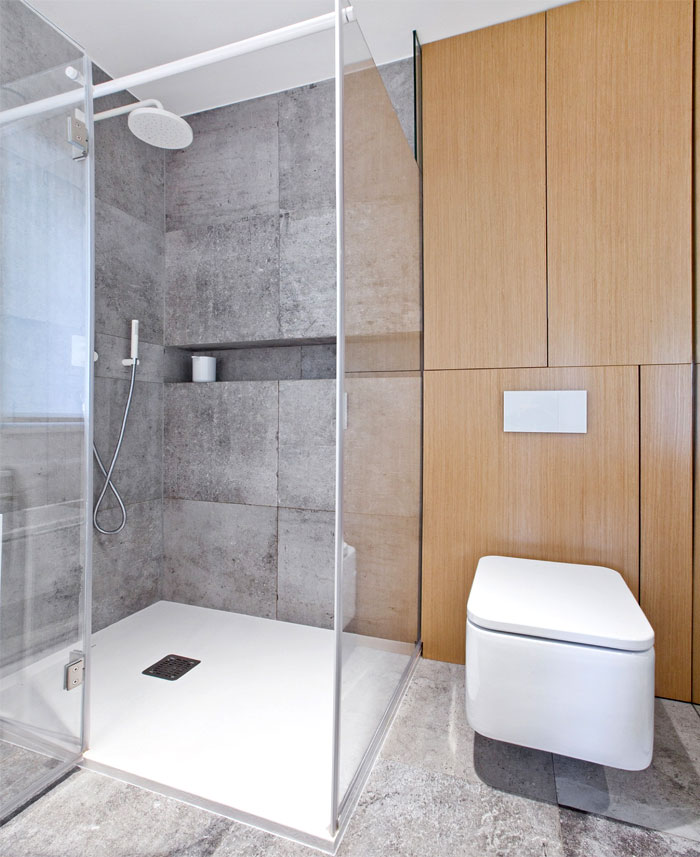 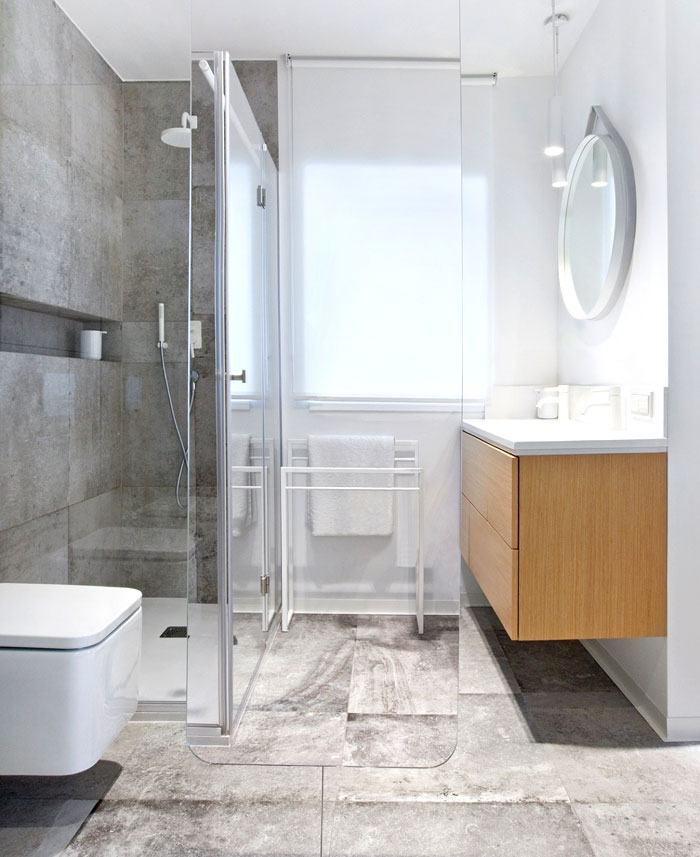 The changed house harmonizes well with the philosophy of contemporary hasty family life. The space we live in should give us both an option of temporary seclusion and relaxation on our terms, as well as an option of intensive life among people in a standard, comfortable area. This house, after its redevelopment, reflects these ideas. 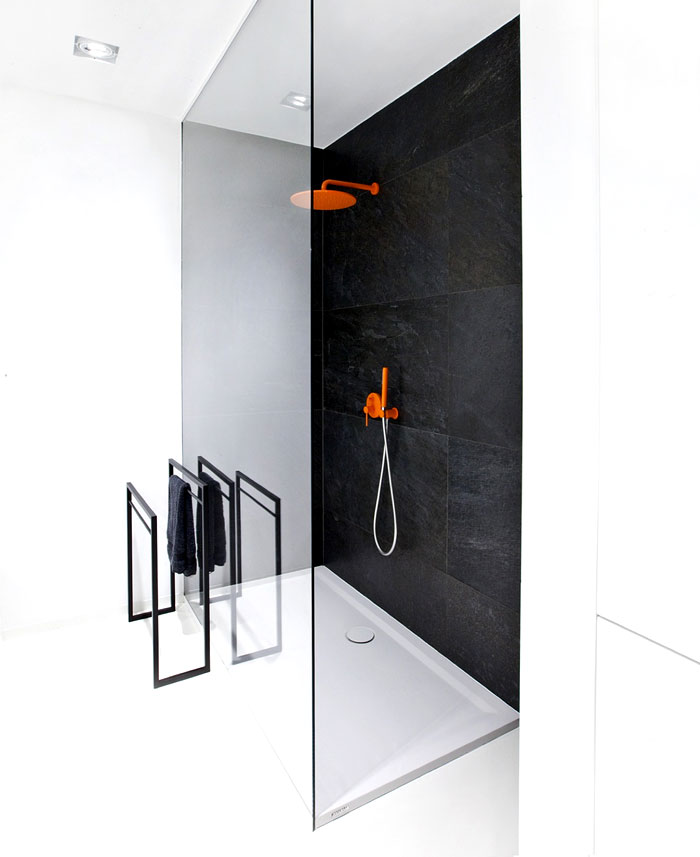 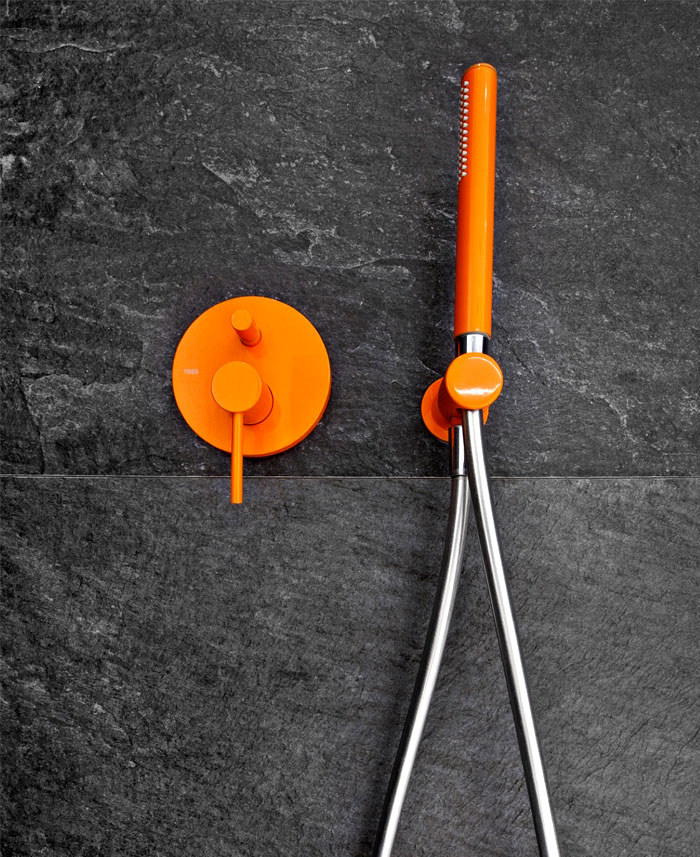 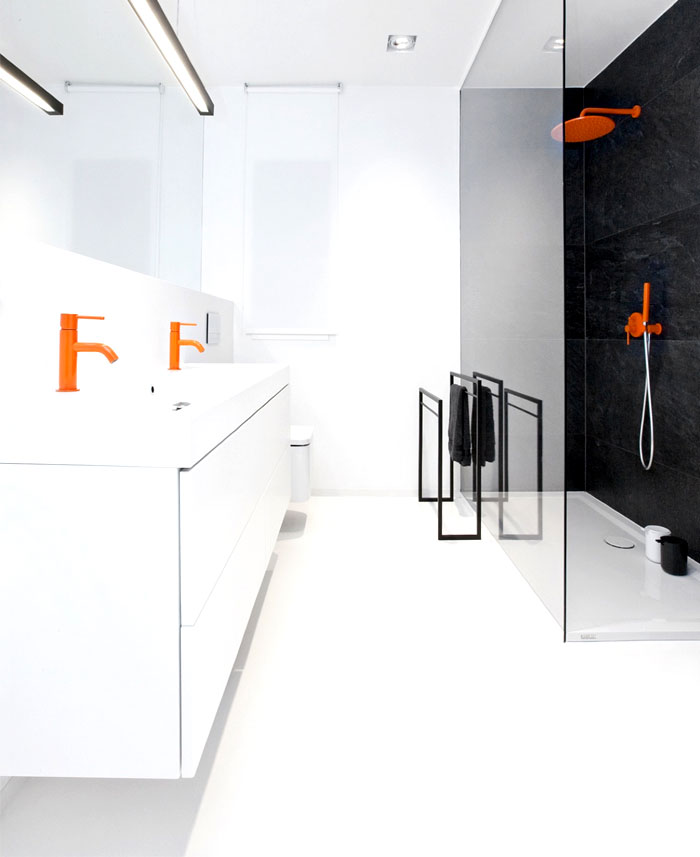 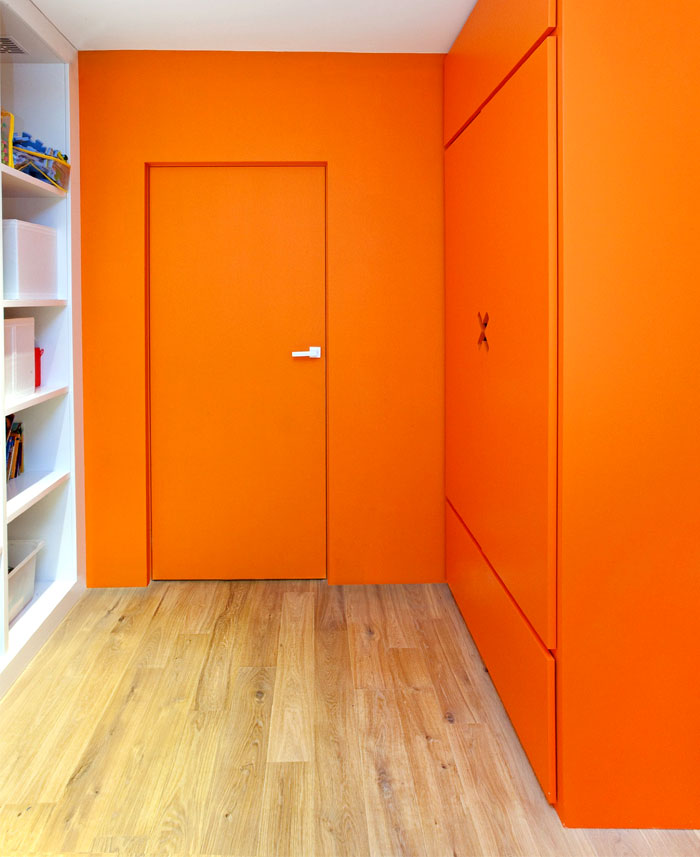 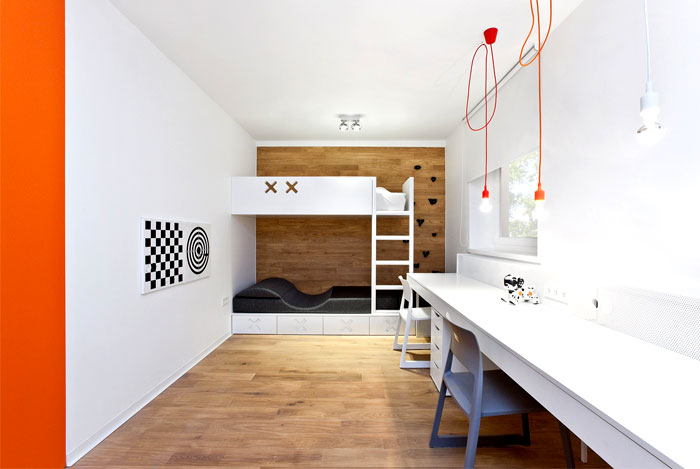 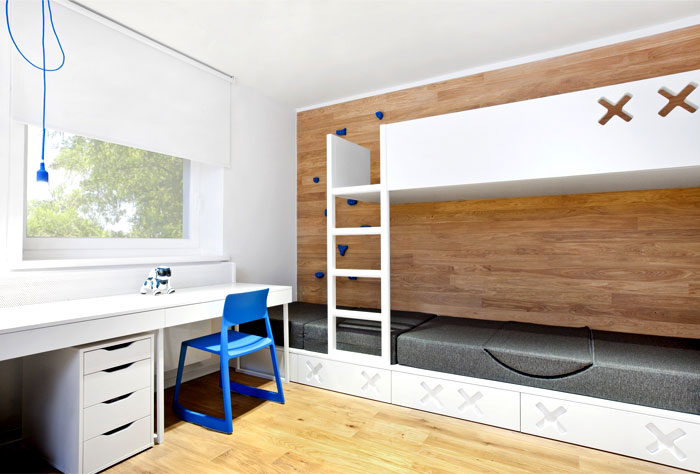 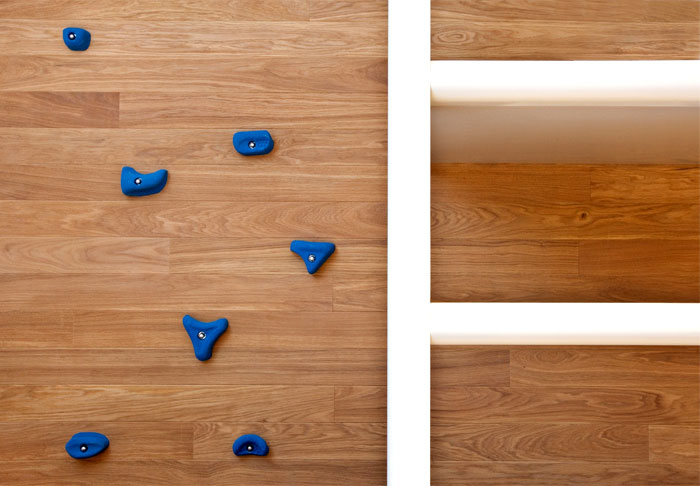 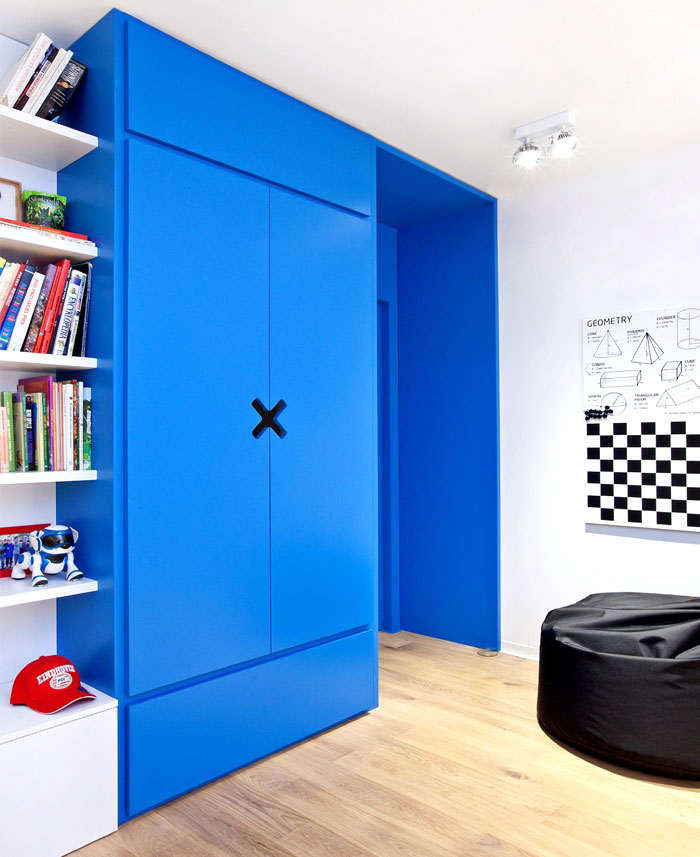