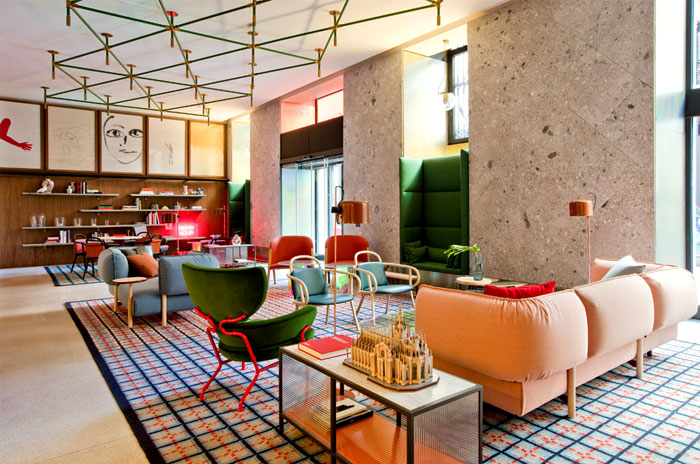 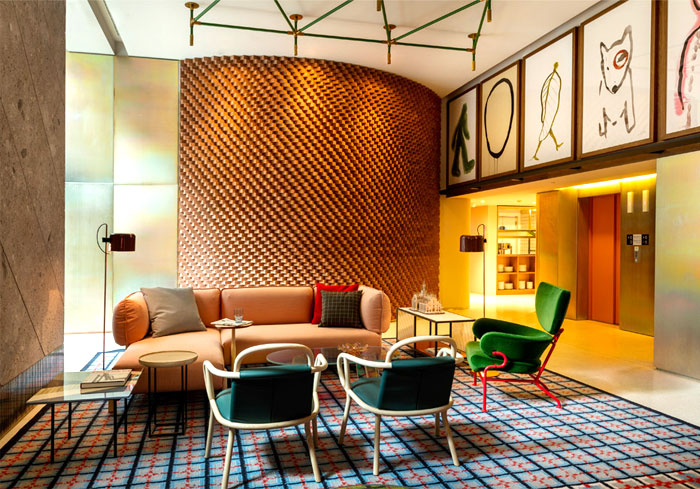 “Room Mate Giulia combines the essence of Milan,” said Urquiola. “It’s new, fresh, fun and welcoming.” “The hotel reflects the city through its colours, materials, images, irony, the mix of different languages and also its rigour.” 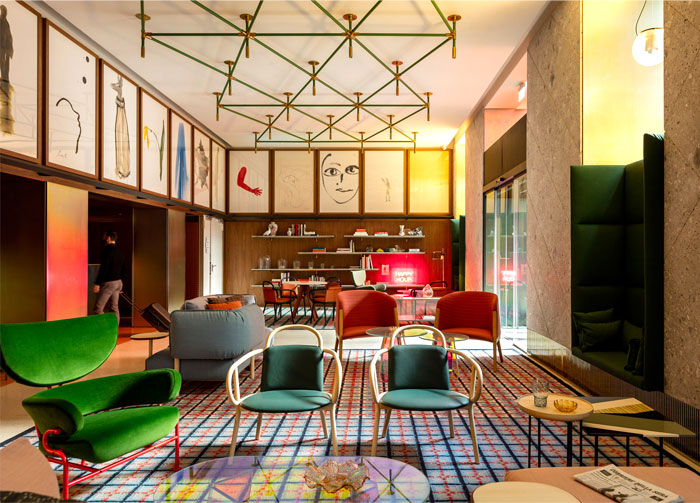 The hotel, the Room Mate group’s third in Italy, is situated in a late 19th-century building across from Milan’s famous Piazza del Duomo. The Duomo’s pink marble is another key influence on the interior, which features the material in its lobby. This space also showcases traditional terracotta bricks from Lombardy, wrapped around a curved wall to create a tridimensional effect. The hotel’s 85 rooms are designed to have a homely, vintage feel. As well as Cassina furnishings, the spaces spotlight artworks by Milanese artists. 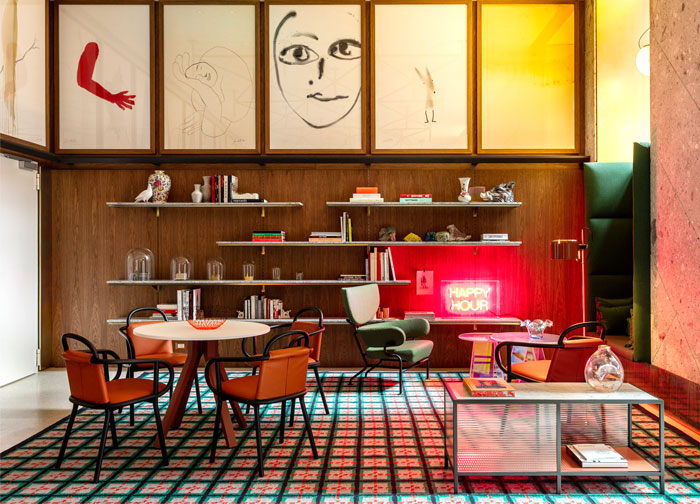 They also have white ceilings with a geometric grid pattern – a reference to the city’s graphic arts. This feature extends onto the upper part of the walls, which are painted in muted shades like moss green and duck-egg blue. Founded and chaired by former professional horse rider Kike Sarasola, Room Mate Hotels describes itself as a “perfect combination of original design, fashion, luxury and architecture”. 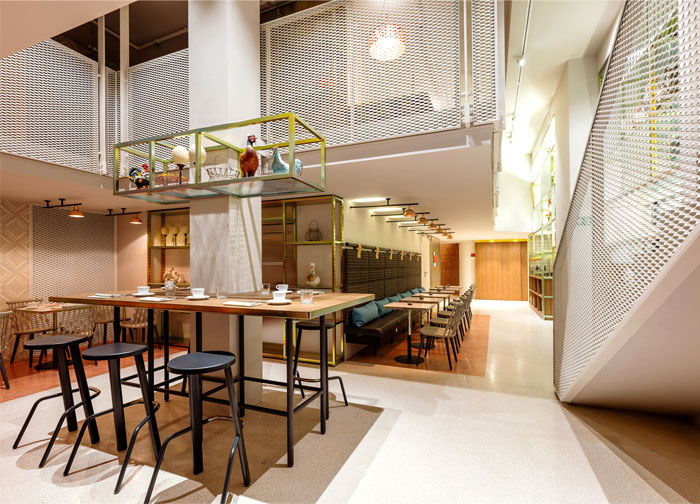 “Room Mate have given me complete freedom, as they are not afraid to make a difference,” said Urquiola. Made-to-measure furniture from Cassina’s contract division fills the bedrooms, bathrooms and social spaces. 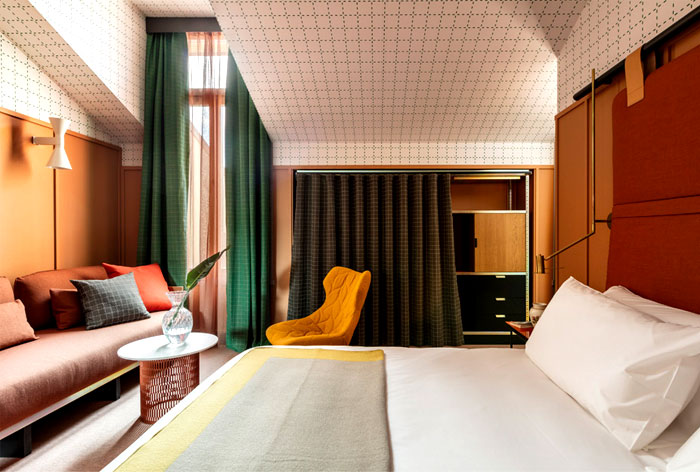 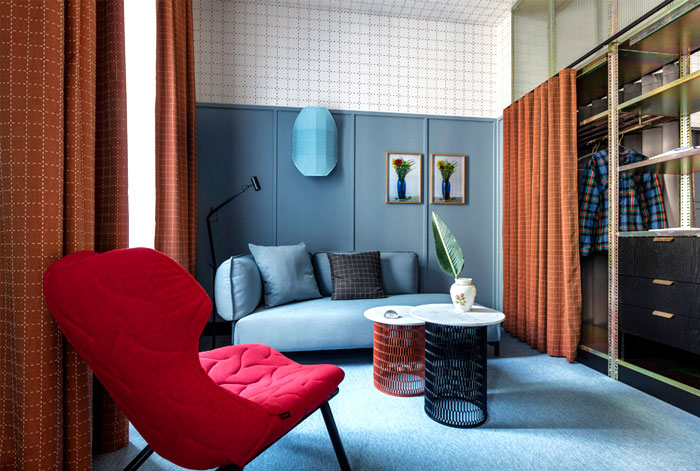 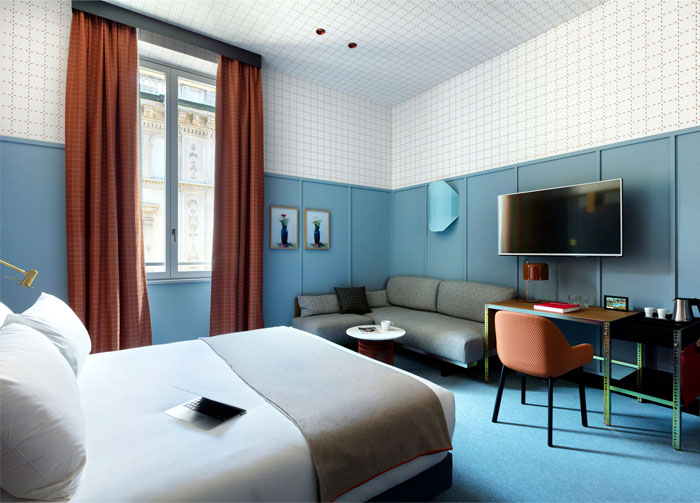 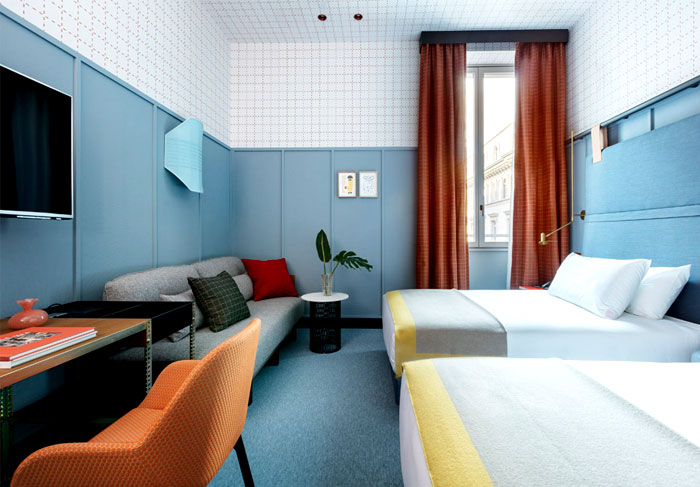 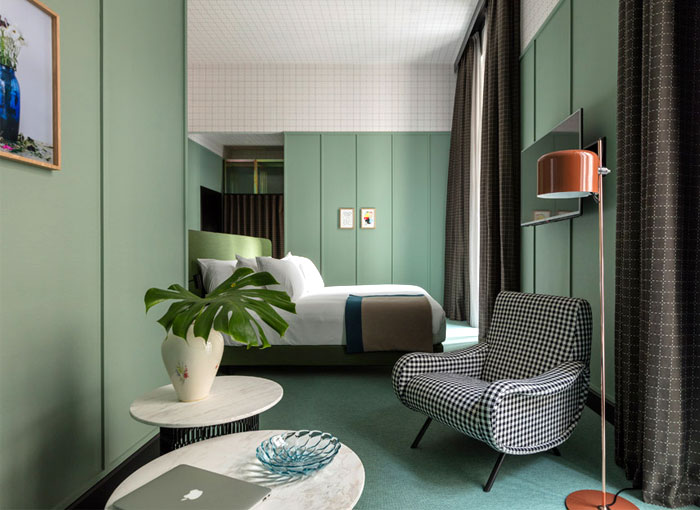 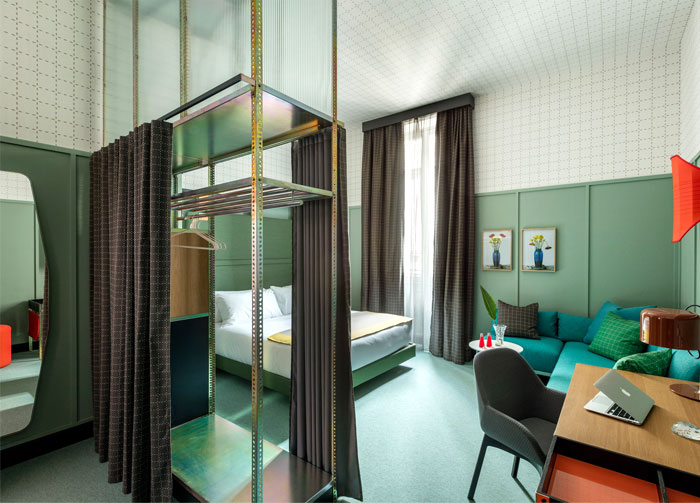