Carl Hansen & Son has recreated one of Hans J. Wegner’s early designs: the 1950 CH22 lounge chair. It also inspired Wegner’s previously unknown CH26 chair design, which until today has never been produced. Hans J. Wegner is undoubtedly one of the most original and influential furniture designers Denmark has ever produced, and Carl Hansen & Son’s reintroduction of the CH22 lounge chair – one of Wegner’s early designs – emphasizes his talent for designing and constructing wooden furniture. 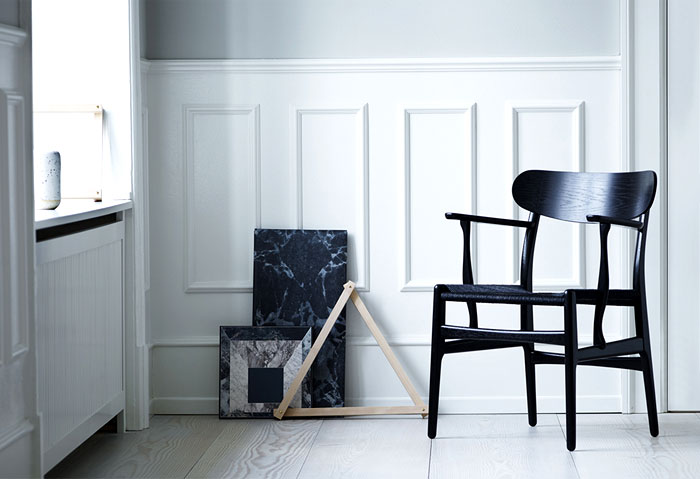 The CH22 was the first model in Wegner’s debut collection created exclusively for Carl Hansen & Son in 1950 – a series that also included such iconic designs as the CH24, better known as the Wishbone Chair, and the elegant CH25 lounge chair. The designs clearly illustrate Wegner’s ability, even early on in his career, to simplify a construction until it is distilled down to its essence and is full of character. 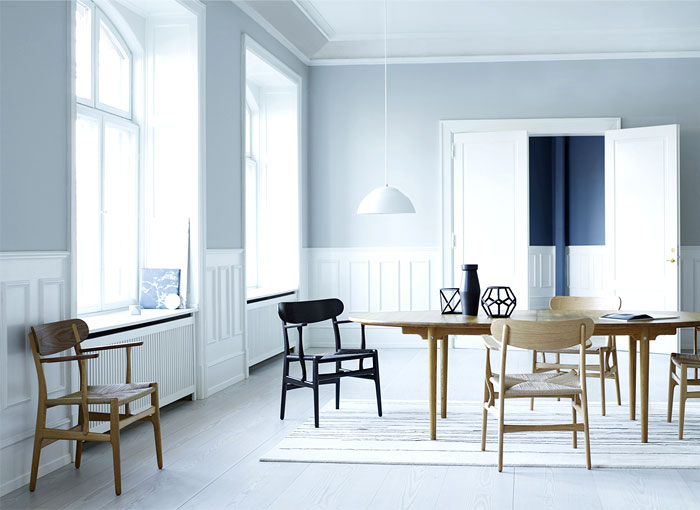 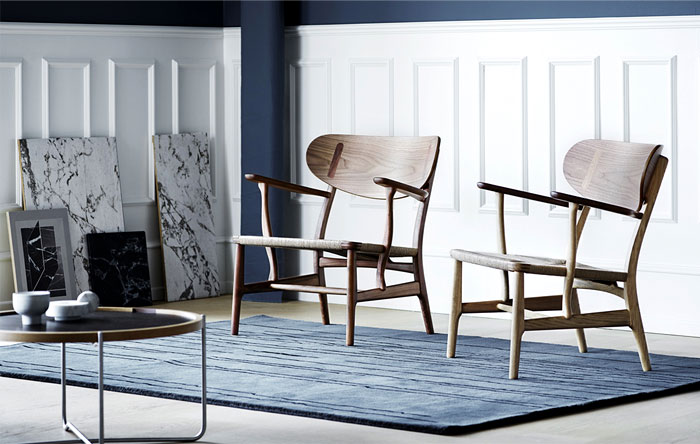 In designing the CH22, Wegner also created a blueprint for transforming the lounge chair into a dining chair – a design that has never been manufactured and was evidently not even produced as a mockup. This previously unknown design, with the model number CH26, bears a striking resemblance to the CH22, sharing many of the design elements so characteristic of Wegner: organic shapes, bold backs, light-colored wood and woven seats. 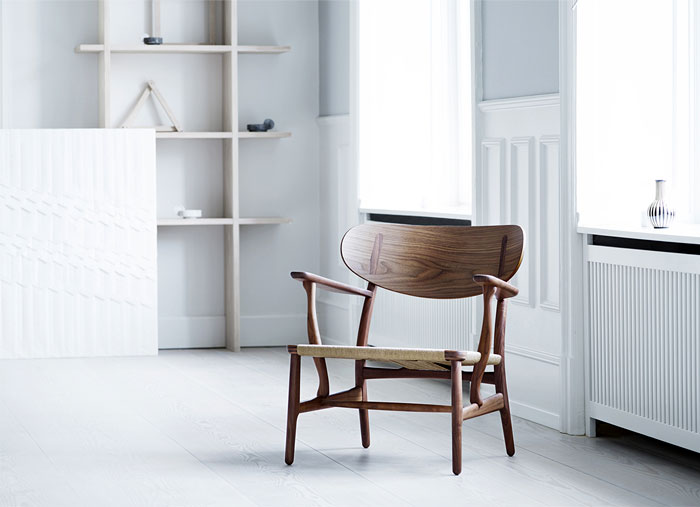 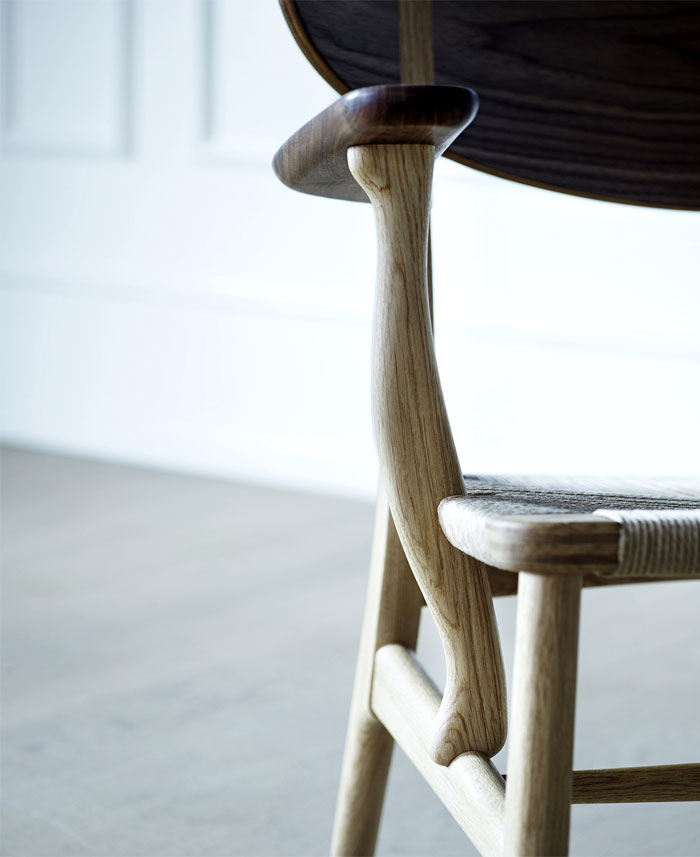 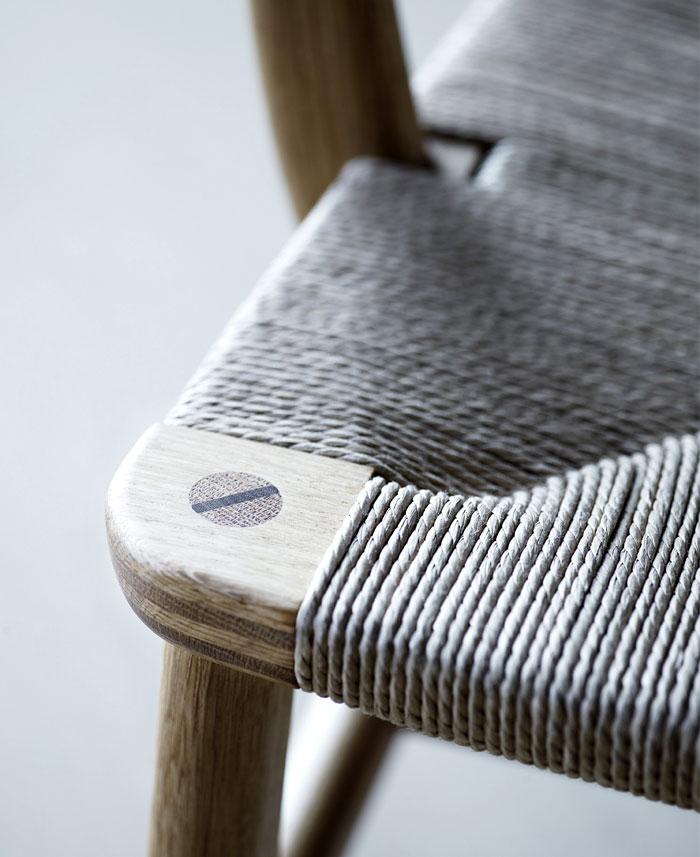 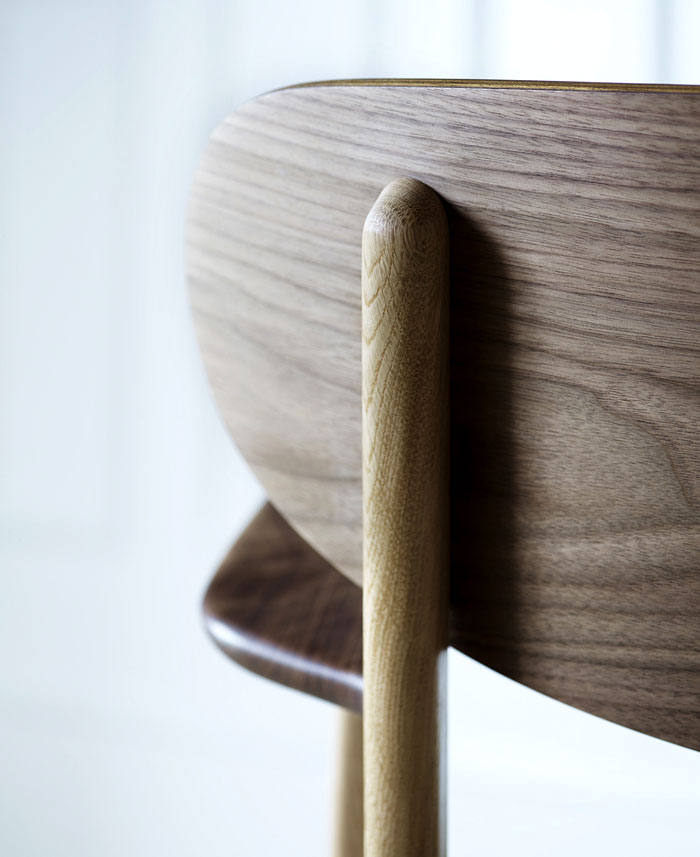 Knud Erik Hansen, CEO of Carl Hansen & Son, says: “The story of Wegner and Carl Hansen & Son’s collaboration dates back to 1949, when Wegner and my father, Holger Hansen, formed a partnership to manufacture a series of chairs. Both had trained as cabinetmakers, and where Wegner focused on design, my dad was the businessman who focused on sales, and particularly on global exports.” 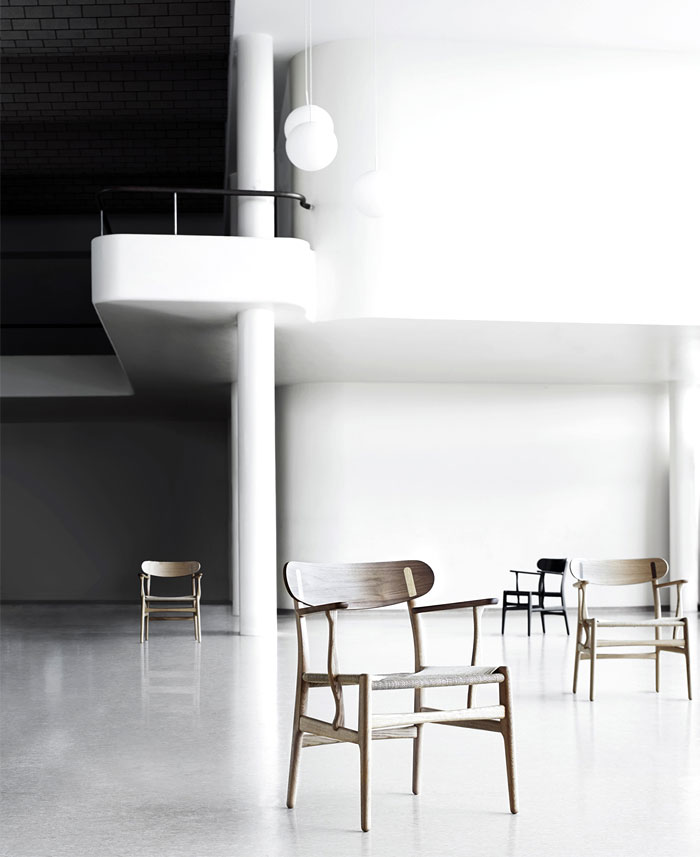 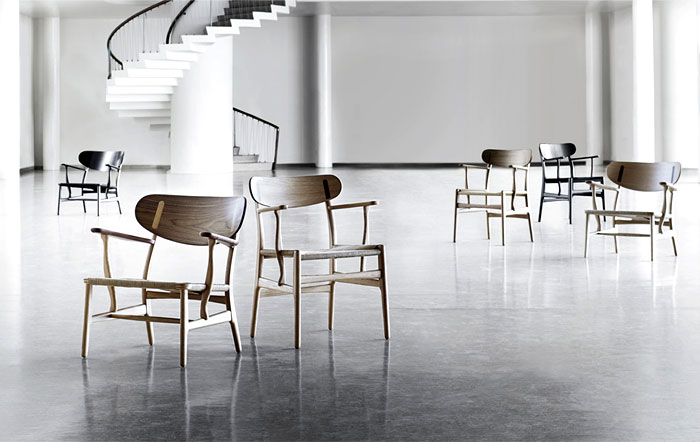 Knud Erik Hansen, who represents the third generation of the family-owned business, continues: “to be close to the manufacturing process, Wegner stayed with my family for three weeks while his first collection for Carl Hansen & Son was produced according to his drawings. This series of sophisticated chair designs is a supreme example of Danish craftsmanship from the hands of a brilliant cabinetmaker who understood the potential of wood and consistently made a virtue out of making the complicated simple while imbuing his designs with quality and comfort.” 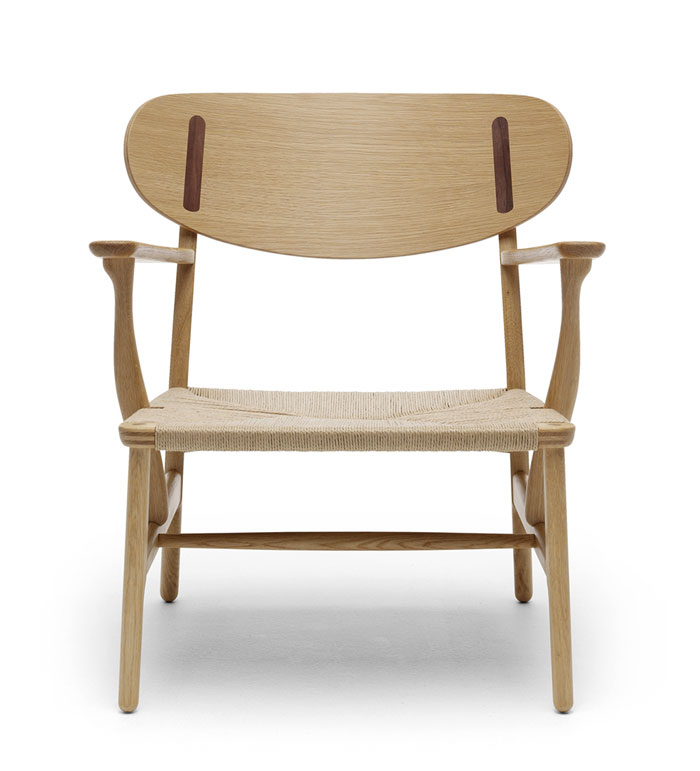 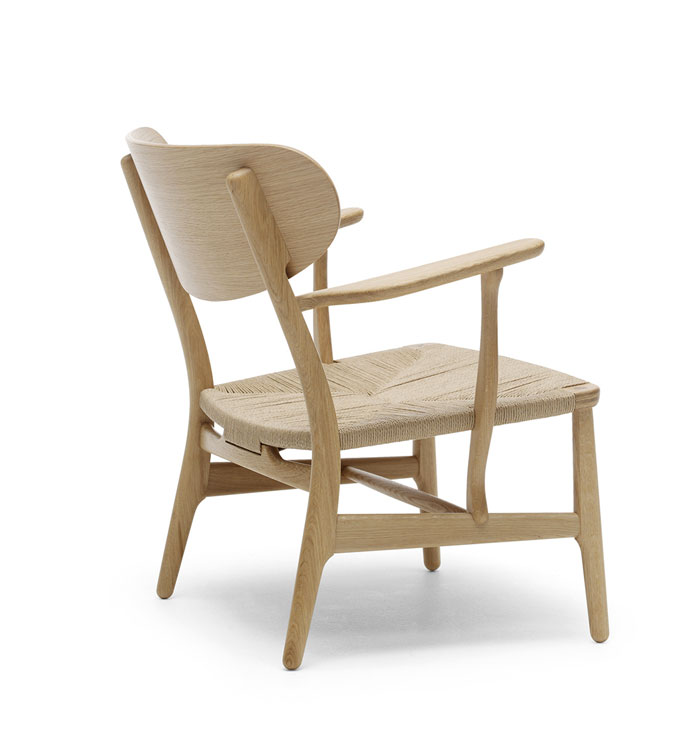 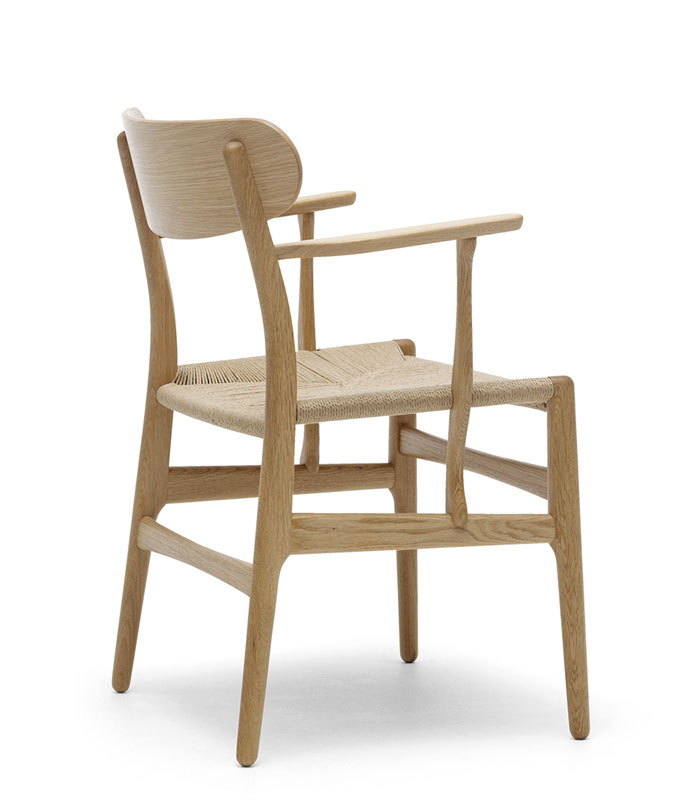