Hotel Adriatic was the brainchild of Studio 3LHD and interior designer Franic Sekoranja as an experimental project in which to bring to fruition new design horizons. The luxury concept derives simultaneously from the cultural element and the hotel’s harmonious balance of colors and shapes evoking an intimate and timeless atmosphere which takes diverse forms in each of the hotel’s different spaces. Each area has its identity, in fact, and the intense colors of the common areas gradually fade to pastel in its 18 suites. 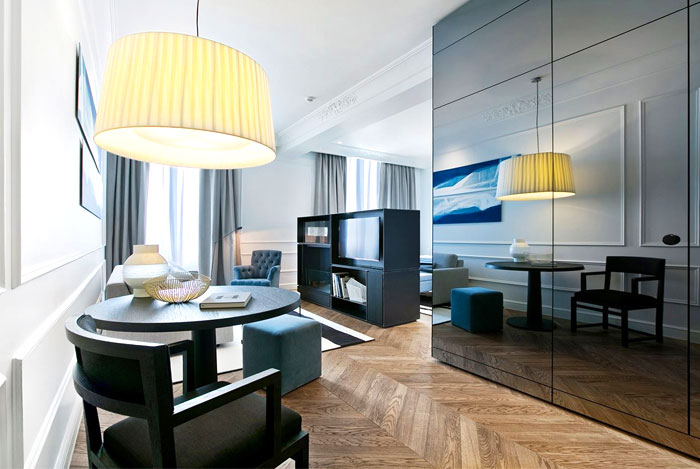 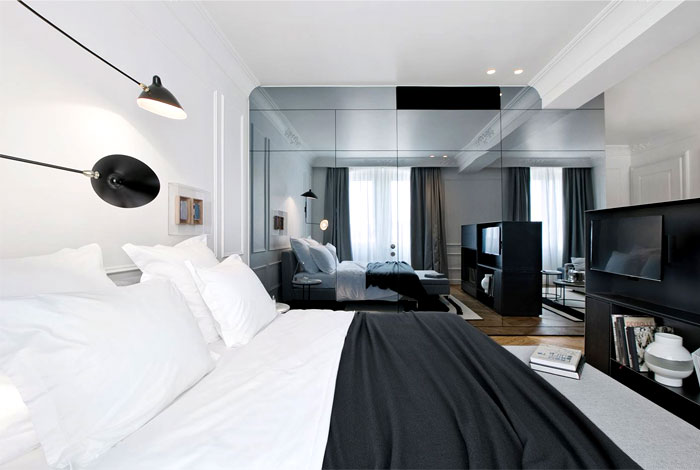 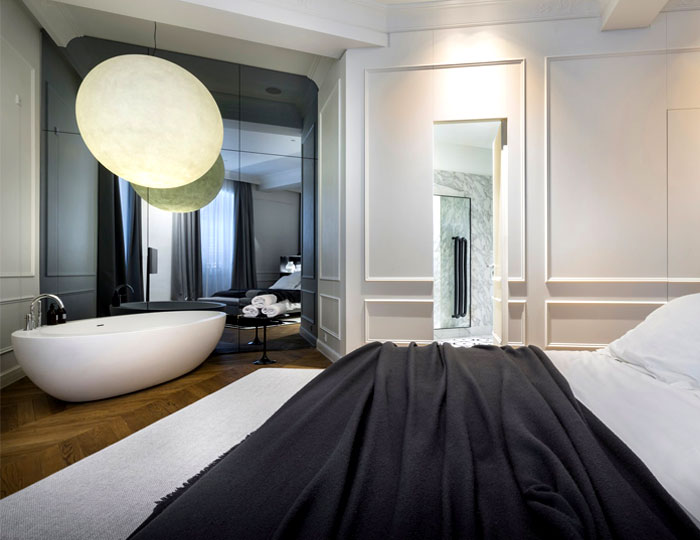 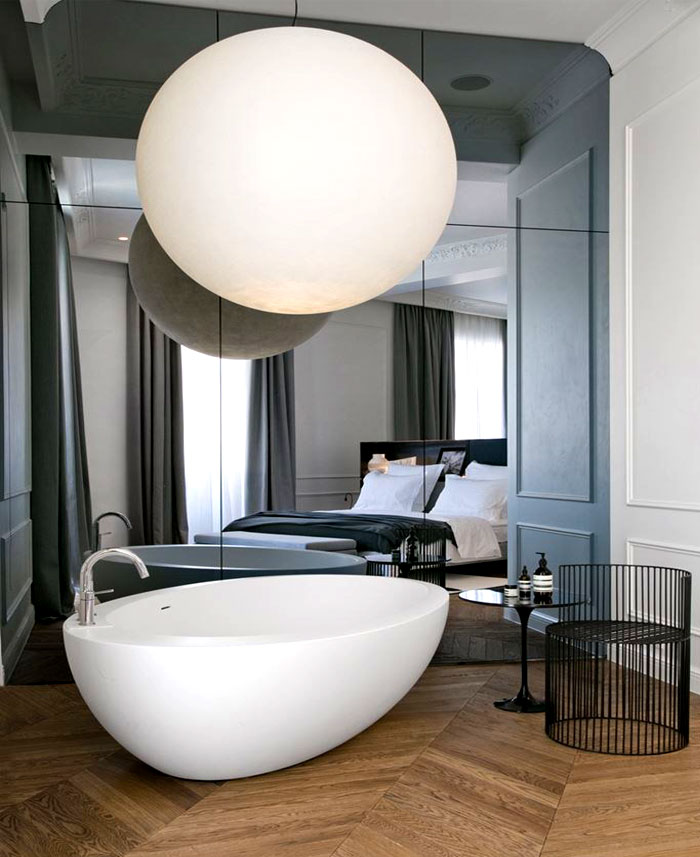 All its large rooms are predominantly pale colored to contrast with their black furniture, an extremely elegant combination which continues in the geometric style bathrooms. In stark contrast to the luminosity of the white marble walls, slender anthracite elements and shapes stand out. Of these, it is Antrax IT’s Tubone radiators which embody the building’s eclectic style to perfection. Essential and linear, simple and functional the Tubone version used at Hotel Adriatic is the two and three paired elements version, a solution which outlines an emphatic and decorative style which echoes the hotel’s other components, always paired up, in service spaces. 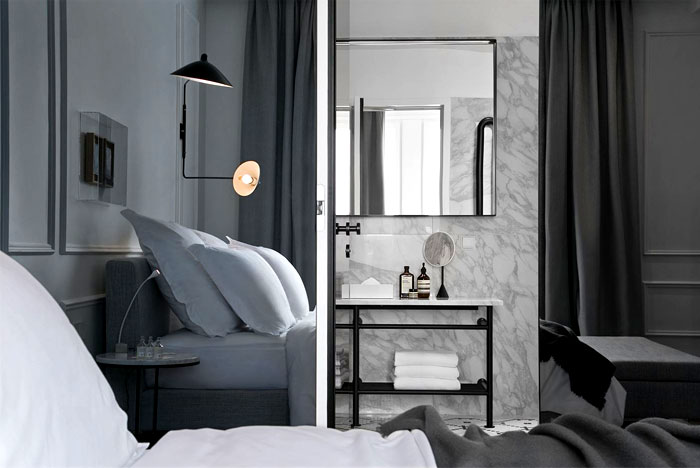 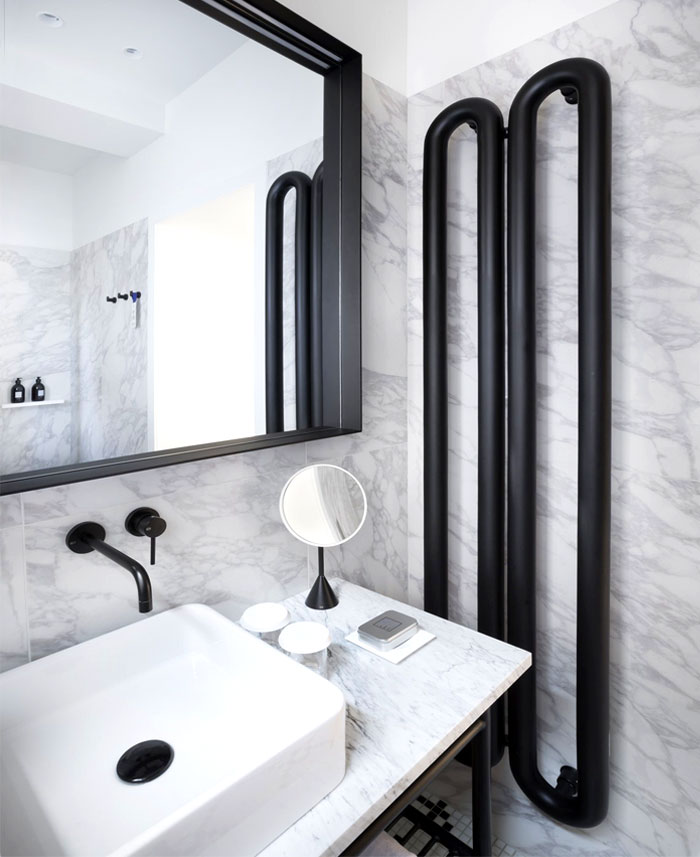 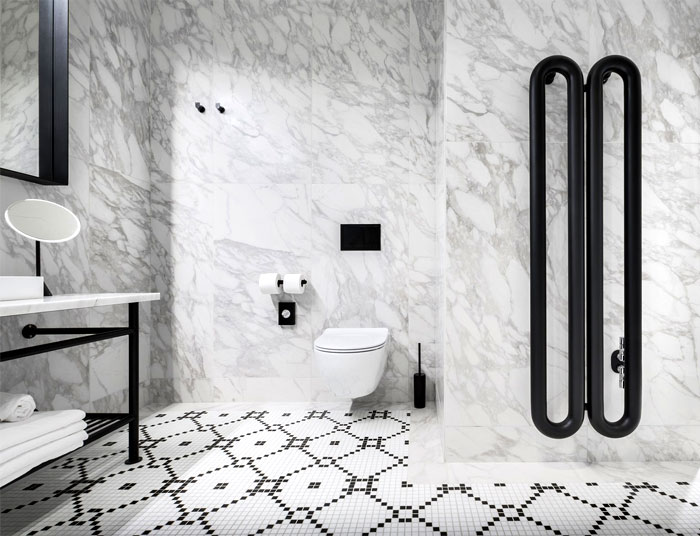 Designed by Andrea Crosetta, Tubone can be installed either vertically or horizontally and is made up of an oval ring made with a 6 cm diameter tube. It is available in more than 200 colors and, in the electric version, can also be supplemented by a chrome effect towel rail handle which enables a heated towel rail function to be added even in small spaces. 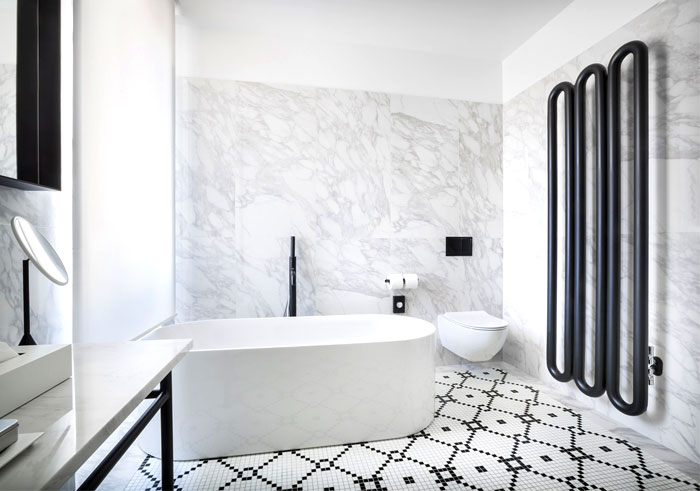 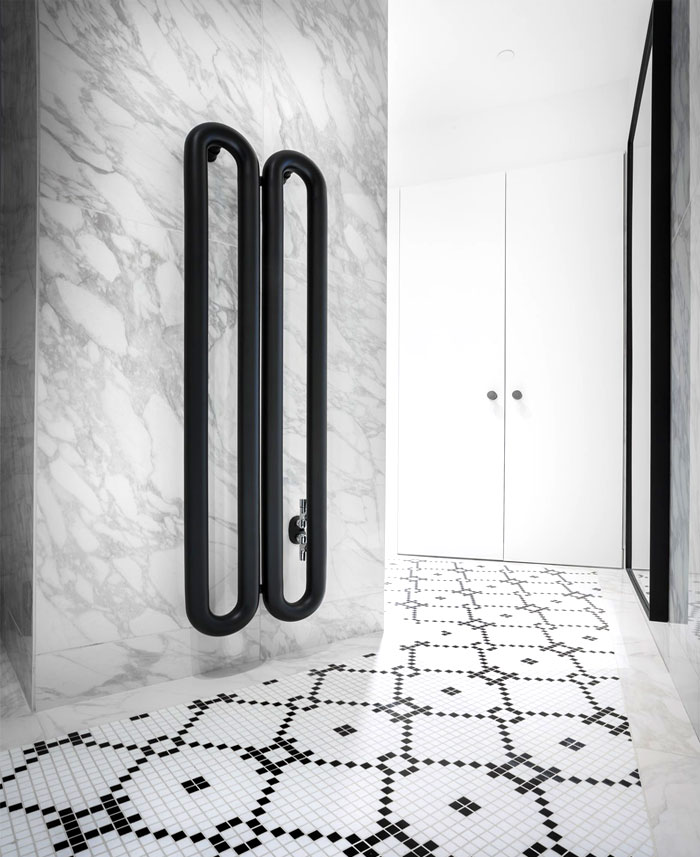