Based in Taiwan, uphold the fresh taste of Taiwan. KIMU design introduces design into our environment by the most simple and natural ways. They believe that design exists in closeness with humanity. Their products will positively transform the world. 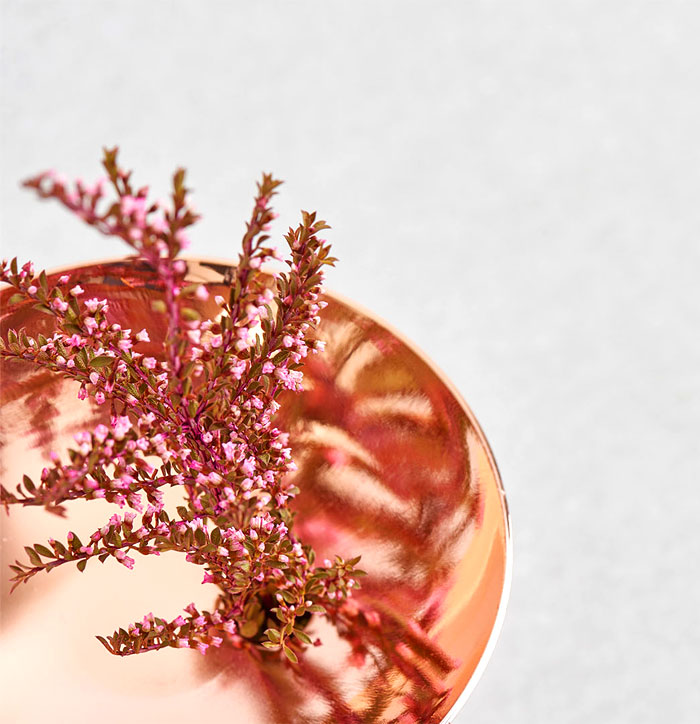 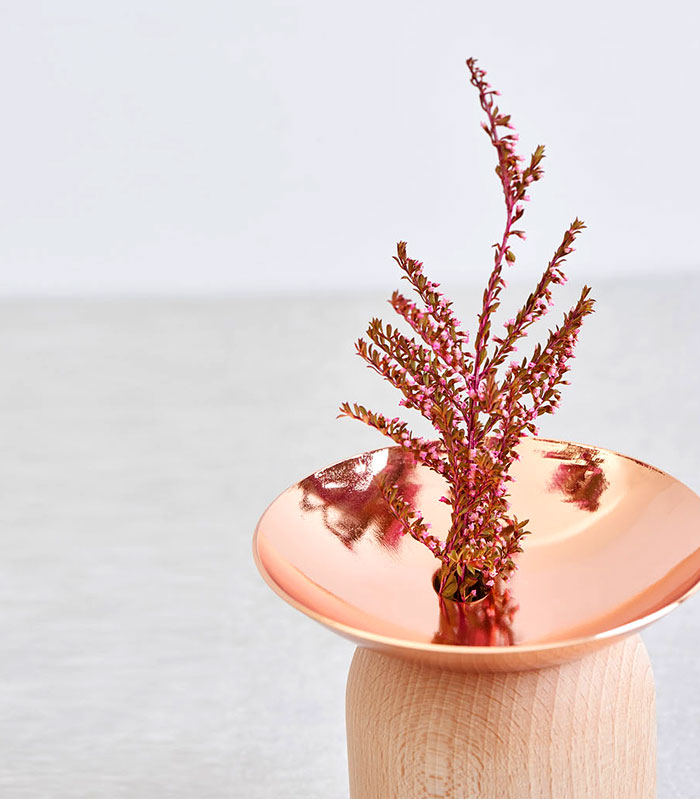 Because of our continued thoughts if plants could look at its reflection, we have developed the idea of Pinocchio 2.0. By switching the wooden ball on Pinocchio 1.0 to a metal plate, its flexibility is still preserved. The surface reflection that is created on the arc turns a single plant into a vivid image. 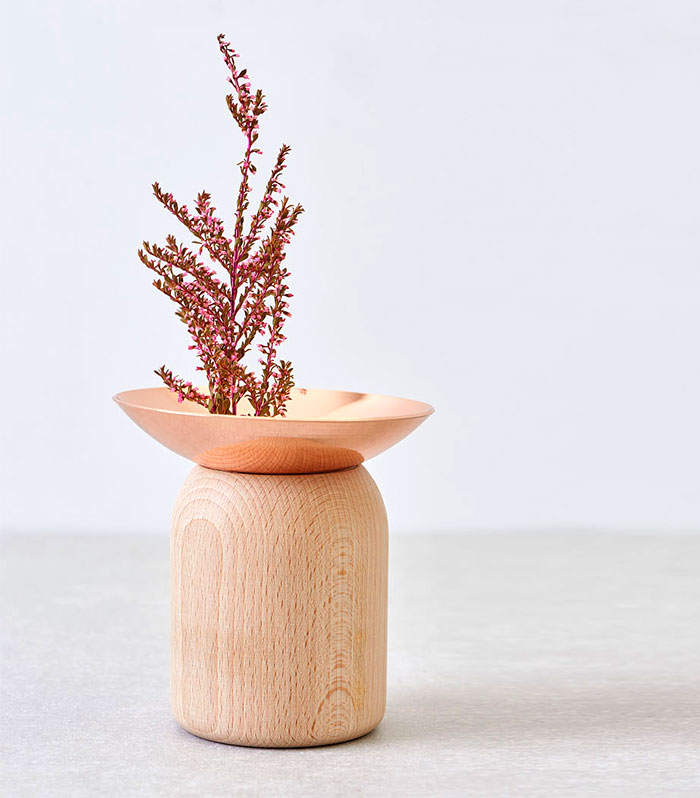 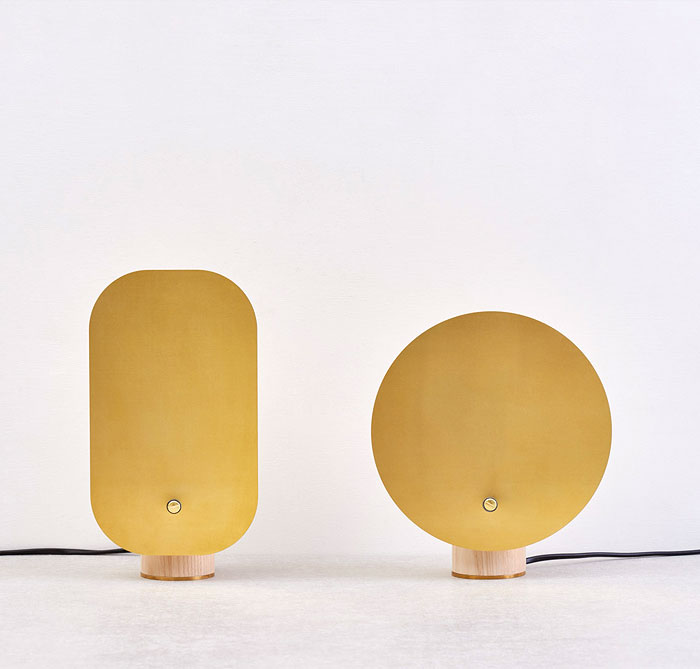 Screen Light 2.0 acts like a sharp knife slicing the night into light and dark. Changing the material from handmade paper to brass creates a different ambiance. When the light is on, the brass reflection enhances its brightness, and you can feel the division between light and dark. 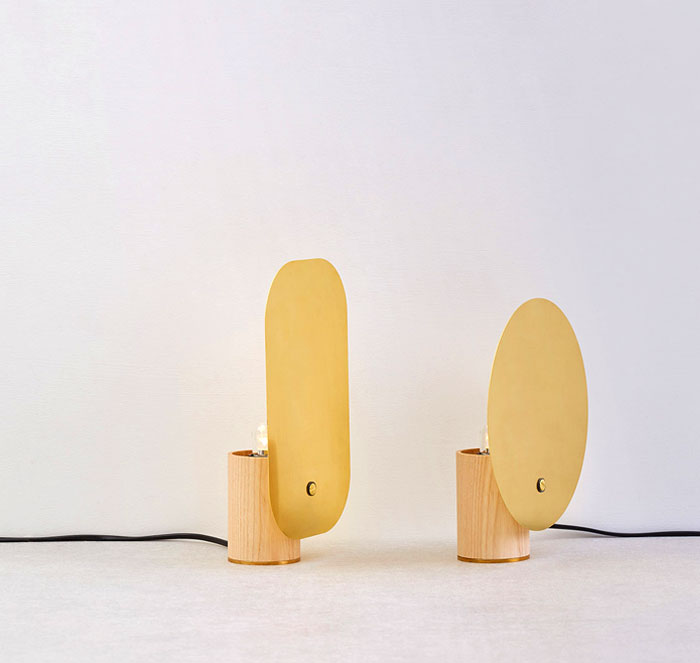 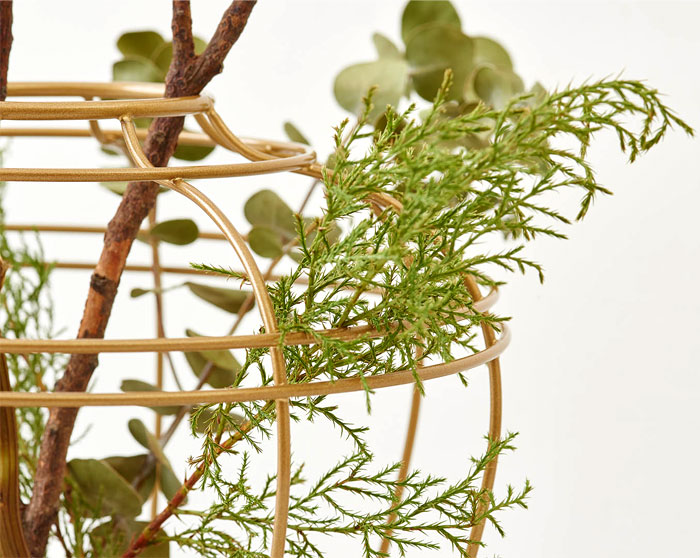 The New Old Vase disassociates itself from traditional flower were having an inherent volume, leaving only a linear structure that blurs the cultural imagery of traditional vases of the East and West. Positioning a receptacle redesigned to one crafted from wood transforms the cultural image of the object: Place the wooden flower were on top of the linear framework and flowers and plants are free to unfold in the same manner as the outgoing broad-mindedness cultural values of the Western world. Move the wooden flower wire to the bottom of the linear framework and a miniature world is seen, the outer frame reminds one of a 3D coordinate system surrounding the greenery within. 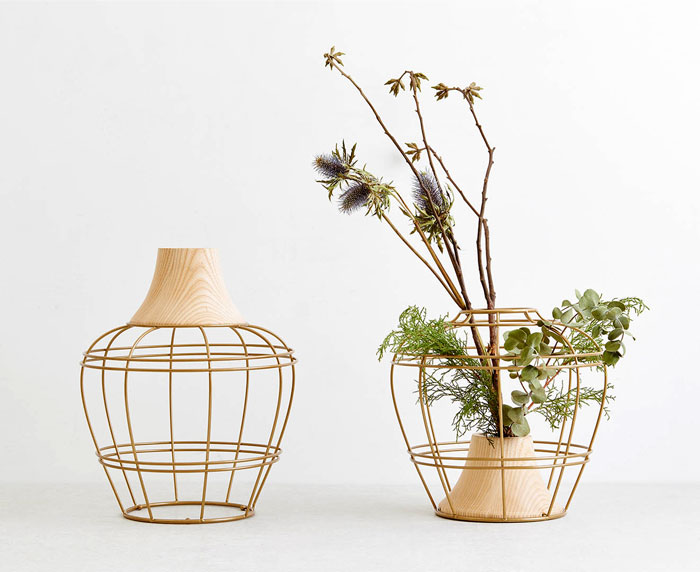 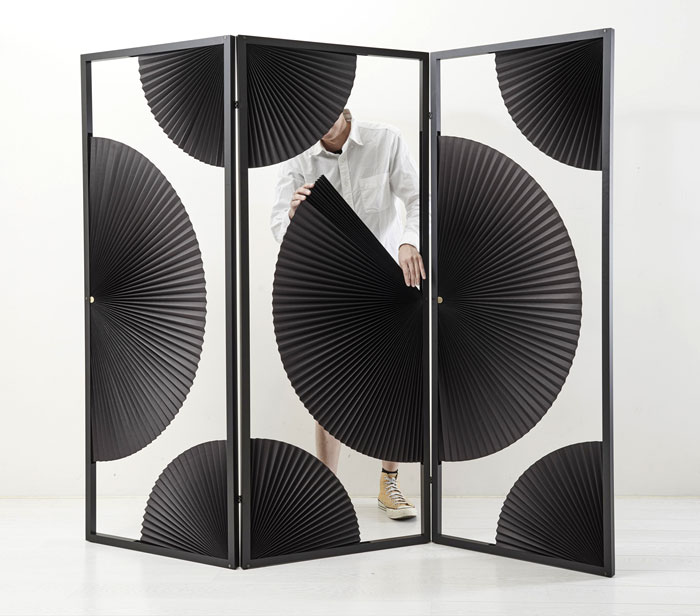 Our living environments are full of variables, requiring our objects to be versatile regarding function, visually coherent across diverse settings, and able to affect the atmosphere of spatial environments. The paper fan incorporates transformative functions, allowing it to exist both minimally and decoratively. By varying its convertible features, the screen can create different spatial experiences. 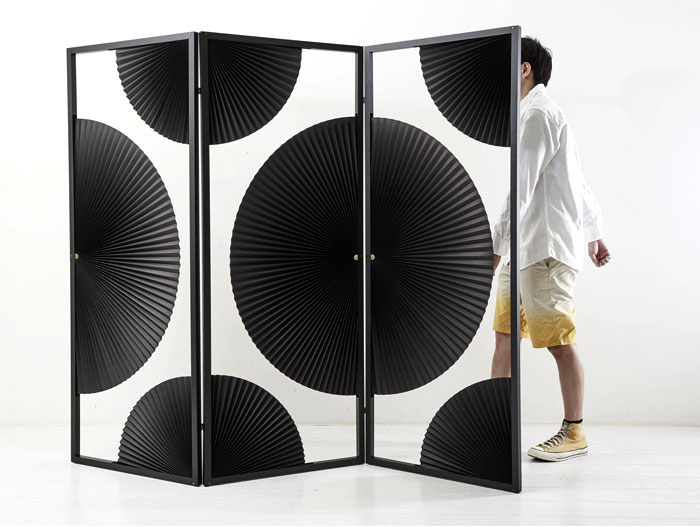