Light and free like a butterfly, extending and folding like a folding screen, enveloping and cozy like an embrace, capable of producing heat for any room thanks to a significant yet discrete presence. This is Origami, designed by Alberto Meda, a high efficiency electric plug & play radiator that liaises with its surroundings, offering the possibility of separating two rooms, of preserving privacy, of enhancing the atmosphere of discretion, increasing the feeling of well-being. 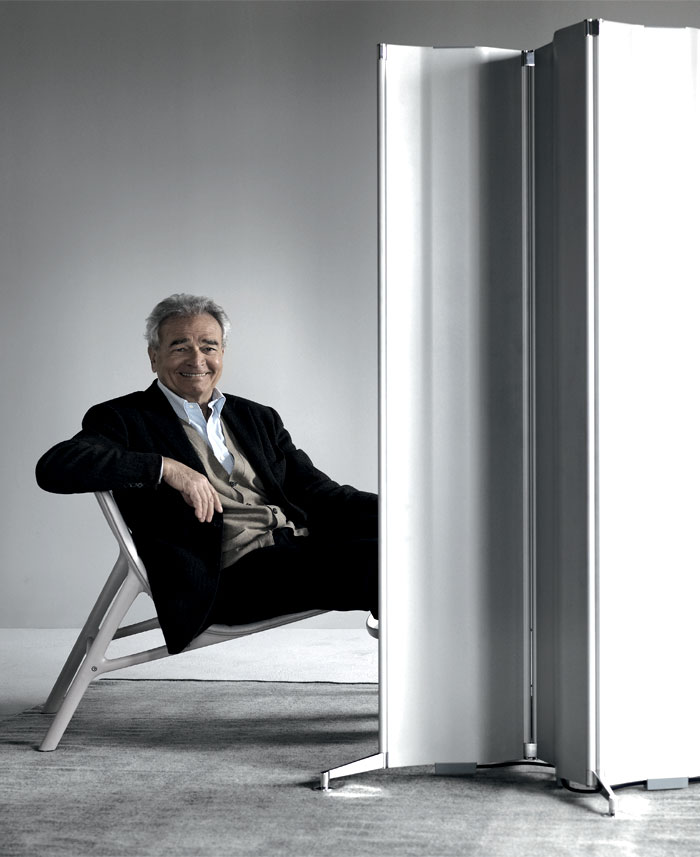 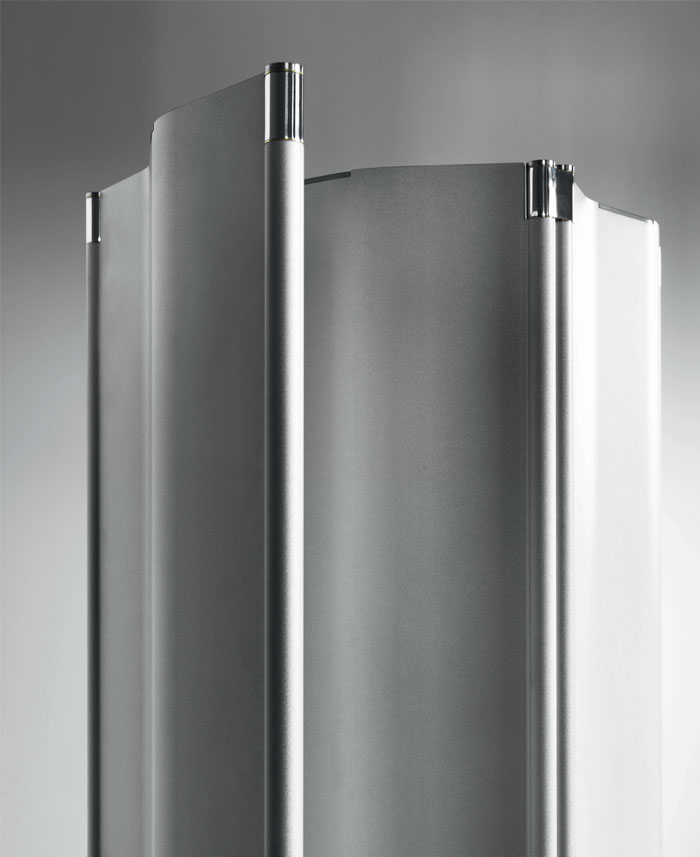 Origami protects, heats and gives character to the environment in a lightweight, sinuous way, without setting limits, but with the sole purpose of recreating the sacredness of our private and essential interior space; it is a poetic, sinuous, jointed and flexible item of interior décor, which gives rise to product types and configurations based on a rounded module alternating voids with the heating core. 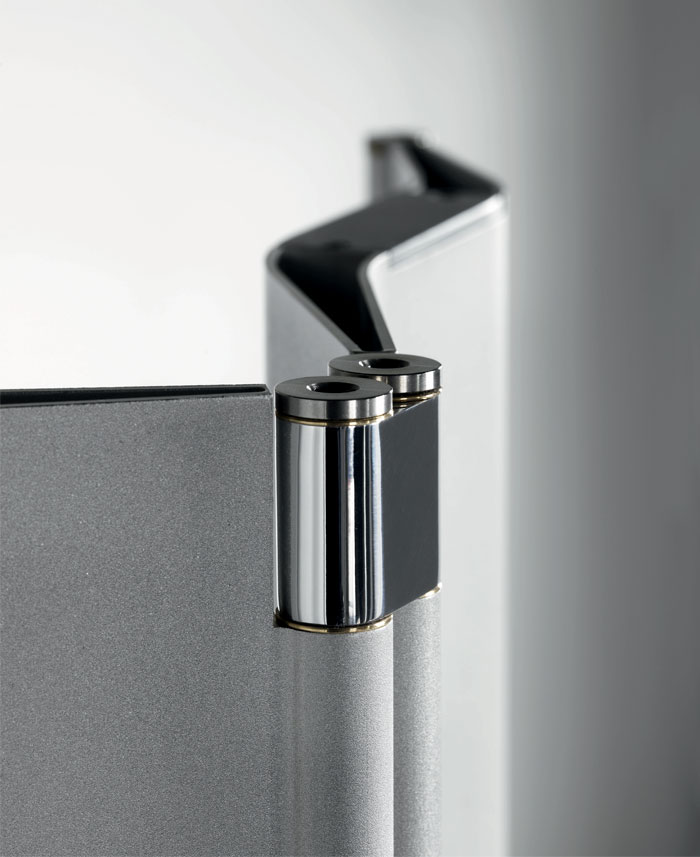 There are three versions of Origami fitting every room within the home, each one characterised by additional accessories, as emphasised by Cristiano Crosetta, CEO of Tubes Radiatori: “We wanted to bring to life a versatile element, a project that would allow the creation of multifarious models integrated with accessories which would differentiate them according to the kind of room. Originating from the idea of using contemporary technology capable of combining functionality, innovation and ease of use, Origami is an eclectic radiator, with changing shapes to suit particular requirements, and offering excellent thermal capacity”. 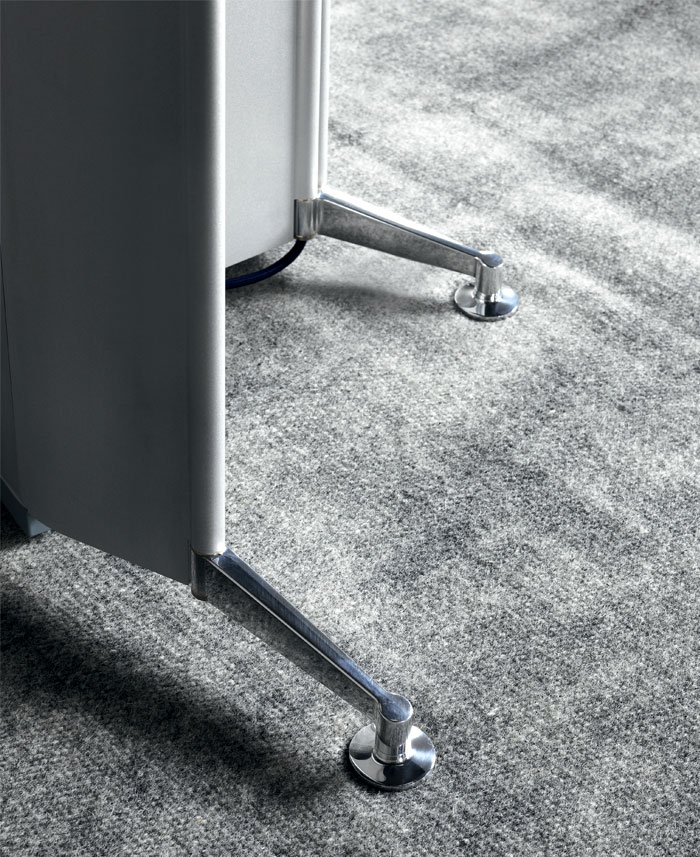 In the free-standing version, fold after fold, the movable modules allow space to be set out like an actual folding screen, ready to safeguard our privacy. The stylish image is completed by the supporting feet, which have been designed to ensure safety and stability to the product, yet which also contribute with their presence to the overall attraction of the design, adding to it a styling appeal. The wall-mounted version was devised with a single or double element. In the double version, the movement of the two modules emulates a butterfly beating its wings, radiating heat and changing when needed into an elegant retractable towel rail. 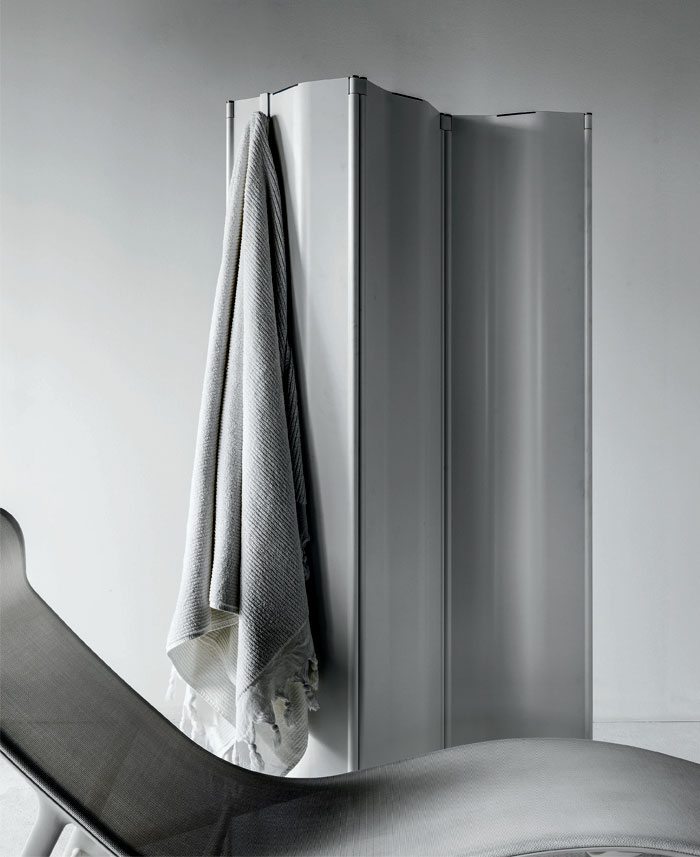 Unlike traditional radiators, with Origami towels are completely enveloped and hidden from view when the radiator is folded up onto the wall, optimising space. Lastly the static, monumental totem version is a modern reinterpretation of the magical antique Japanese art of the origami. With the same expertise used to transform a two dimensional object into a three dimensional one, the company had the possibility to transform extruded aluminium into a heating and self-standing decorative accessory. 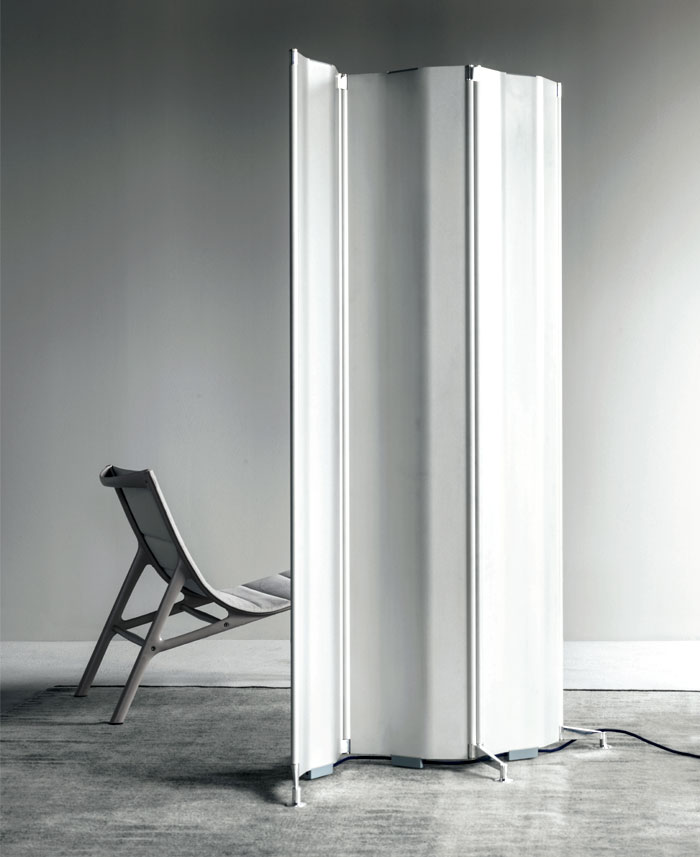 Origami is characterized by an extraordinary freedom of composition, accompanied by dimensional flexibility, thanks to the skilful construction techniques of Tubes along with the use of extruded aluminium technology. The complex engineering behind the product, developed by the company’s engineers, makes it possible to produce elements of varying height and, even in the extrusion phase, allows the incorporation of various functions: thanks to the heat generated by convection from the radiator’s hollow elements, an increase in thermal capacity and efficiency is ensured.
This technology allows an ultimate modularity of the heat, because each module of Origami can be turned on or kept off according to the individual needs of the user, with the ensuing remodulation of consumption levels, too. Flexible, versatile, easy to position in any room, Origami combines performance with styling in a “nomadic” object that decorates the home, putting design and technology at the disposal of heat. 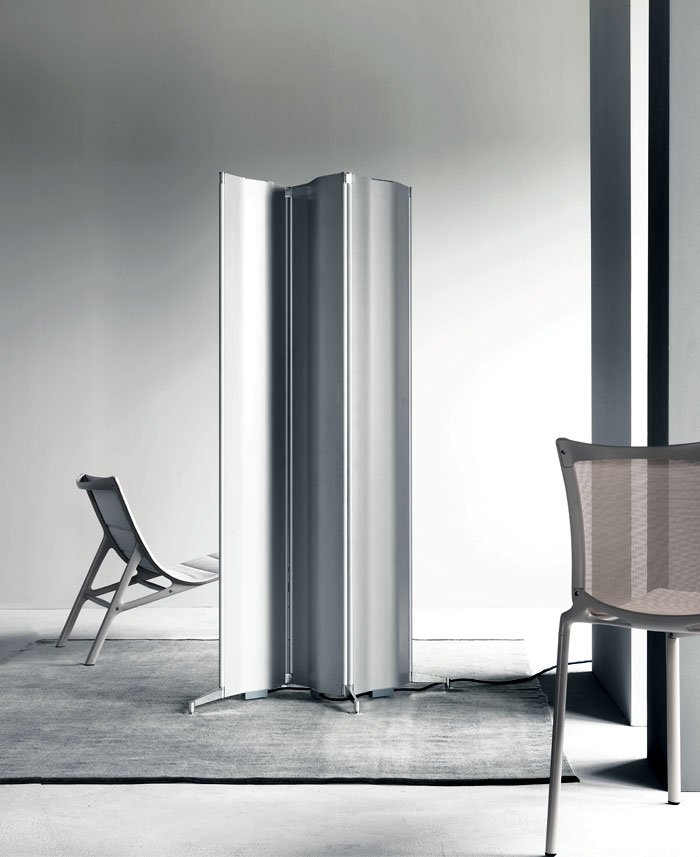 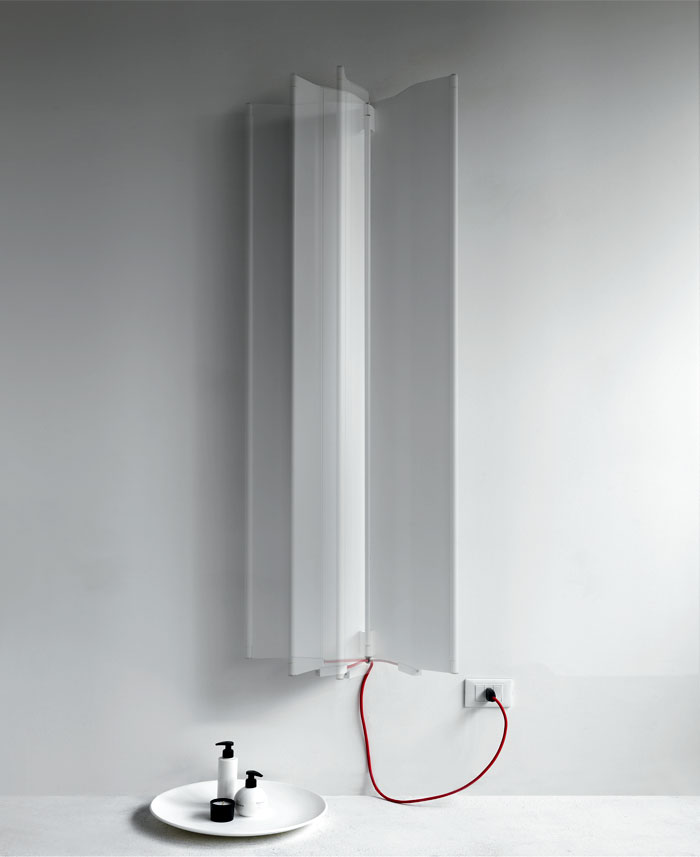 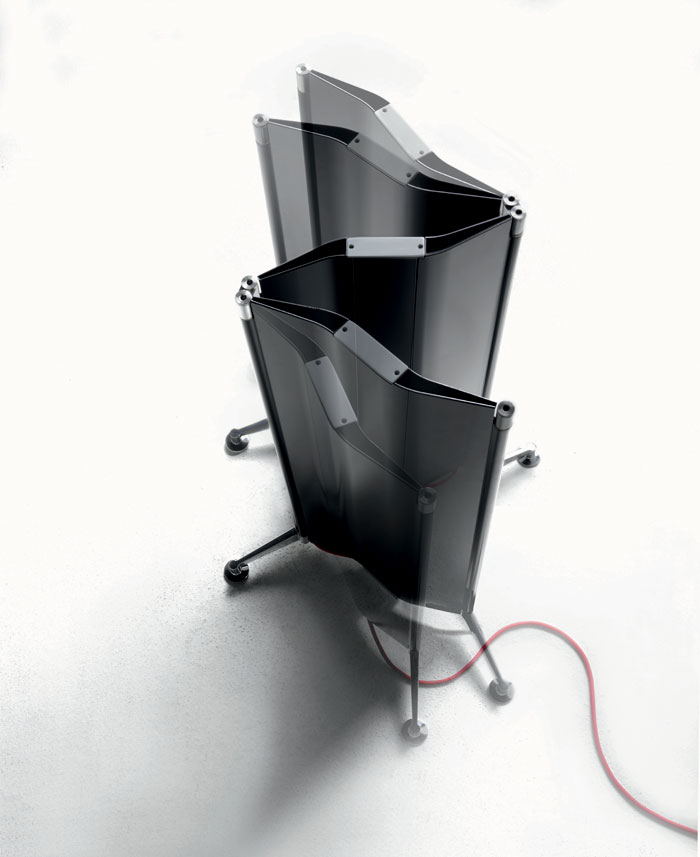 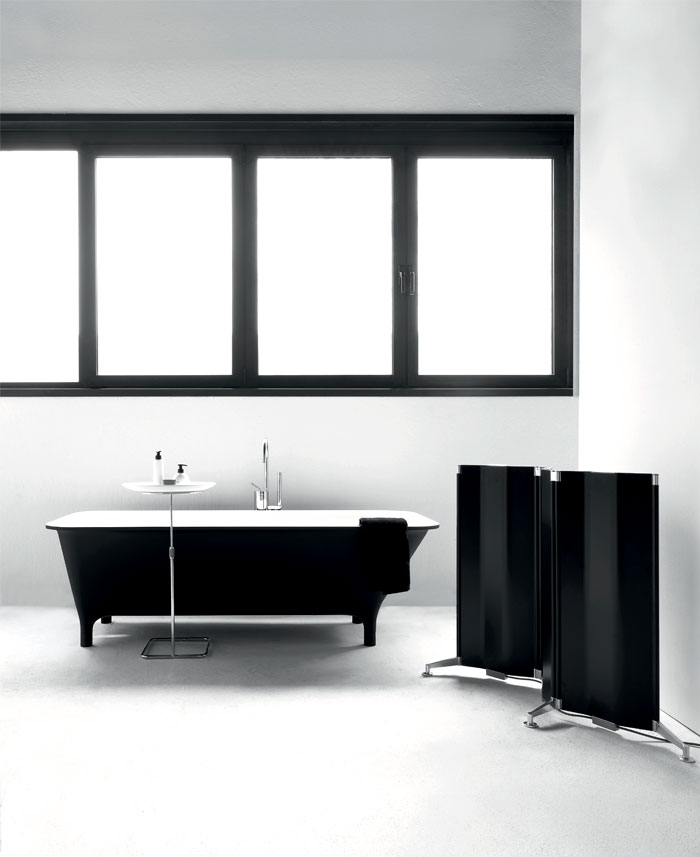 The jury, comprising Silvana Annicchiarico (Director of the Triennale Design Museum of Milan), Domitilla Dardi (Curator for design at MAXXI of Rome), Massimo Mini (CEO of designboom), Ettore Mochetti (Director of AD Italia), Margherita Palli (set designer), Livia Peraldo Matton (Director of Elle Decor Italia) and Davide Rampello (Arts and crafts lecturer at Milan Polytechnic University) visited the Salone in April and decided to reward the light-weight high-tech radiator, which extends and folds like a folding screen, “for its ability to innovate through versatility of use and morphological originality”. 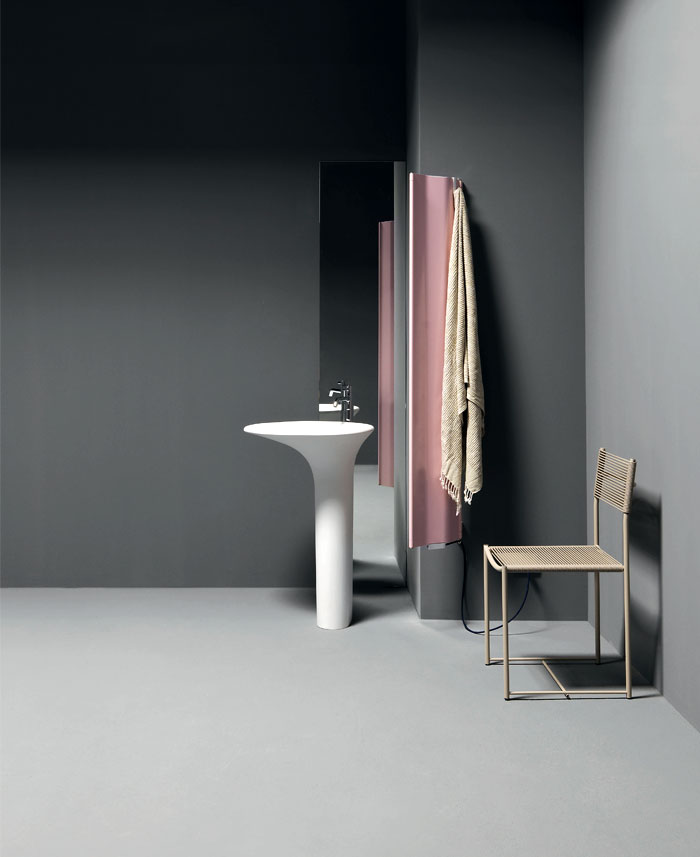 Cristiano Crosetta, CEO of Tubes, stated: “We are truly flattered by the award which Origami won at the Salone del Mobile. Milano Awards; it is a significant accolade, firstly because it is a new high-profile initiative organised by the most influential international trade fair in the design sector and, secondly, because it acknowledges the innovation of this project designed by Alberto Meda, with whom we recently started a very satisfactory partnership. This award is a result which we have achieved after a long series of acknowledgements which testify to our commitment to technological and formal innovation. We can but feel heartened by the success achieved thanks to our work and spurred on to continue walking this path of research and quality for our projects”. 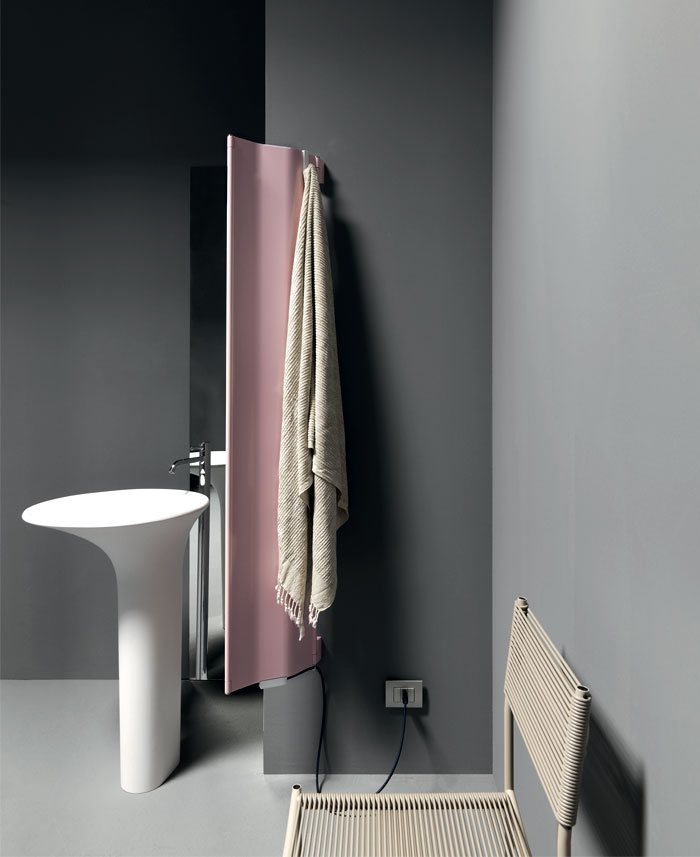 Alberto Meda, designer, added: ”The award we received is the result of a truly ‘special’ partnership which has been established with the people who work at Tubes, who are all motivated by a genuine creative passion. For me, it has been a happy experience, a ‘magnificent accident’!” Origami protects, heats and gives character to the environment in a sinuous way, with the aim of recreating the intimacy of private and essential human space. It is a poetic, sinuous, jointed and flexible item of interior décor, which gives rise to product types and configurations based on a rounded module alternating blocks and voids around a “heating core”. There are three versions of Origami to choose from, to suit various rooms within the home, thanks also to additional accessories: the free-standing version allows the space to be heated and set out like a genuine folding screen; the wall version with single or double module, which combines the function of a radiator with that of a heated towel rail; the totem version, a sculptural and monumental presence. 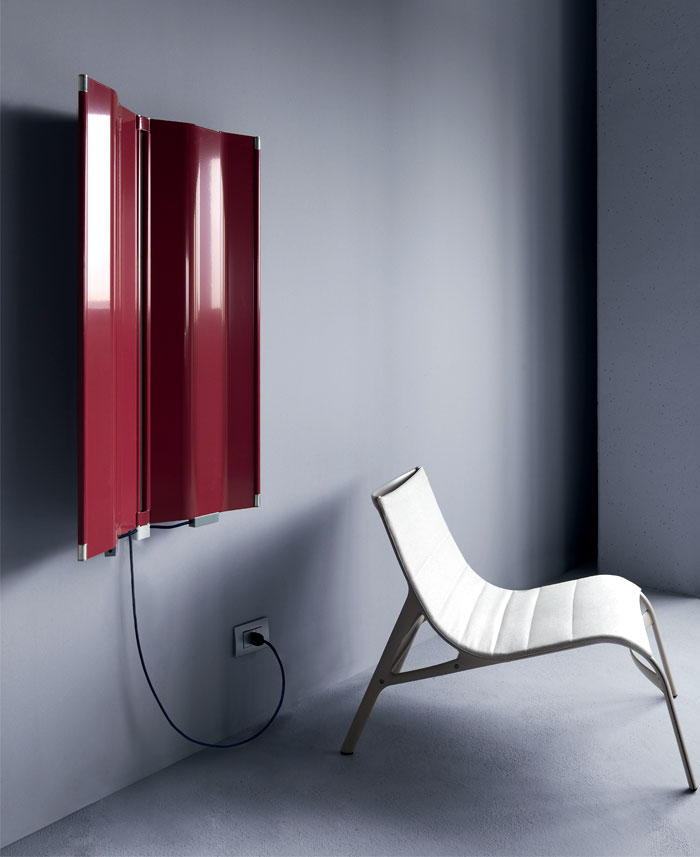 This award is especially appreciated by the Company, for the very fact that it testifies to the major investment in the pursuit of innovative technological solutions as well as in the world of design. With Origami, as with the other items in the collection, Tubes brings to life new concepts of multifunctional and versatile radiators/furnishings with a doubtless aesthetic value. Origami is the new star of the bathroom and more, as it is also suitable for the living areas of the home or for communal and work places. 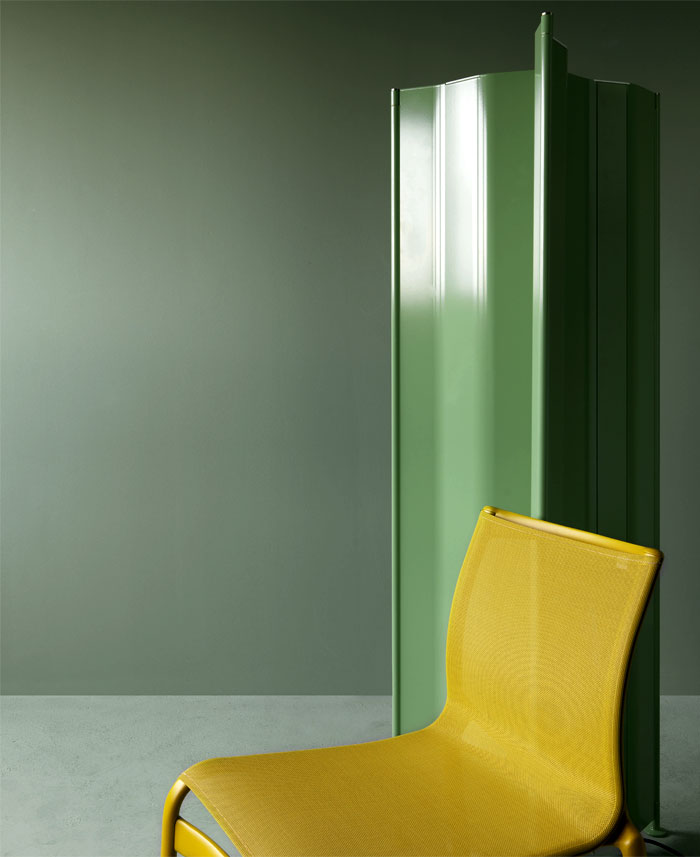 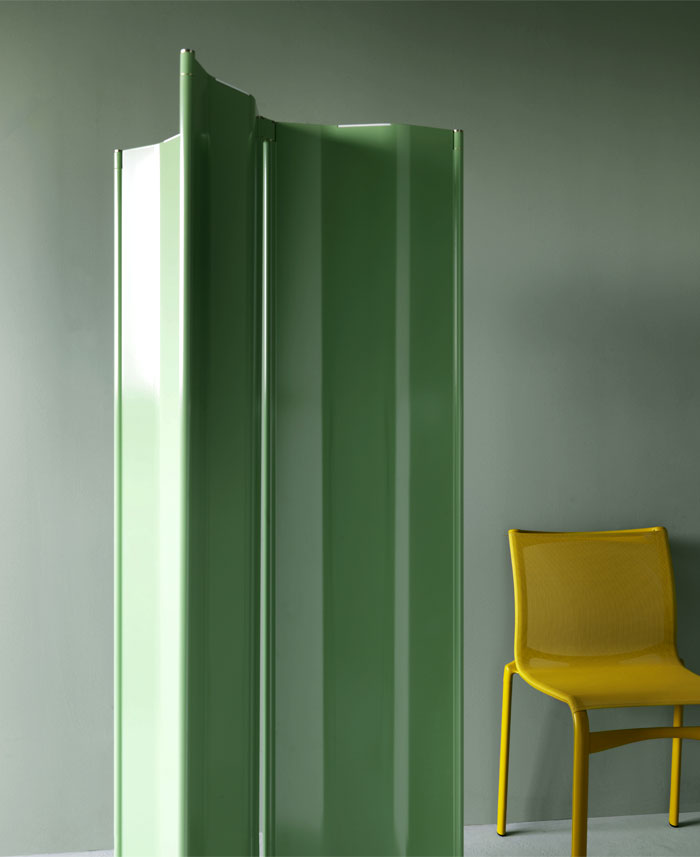 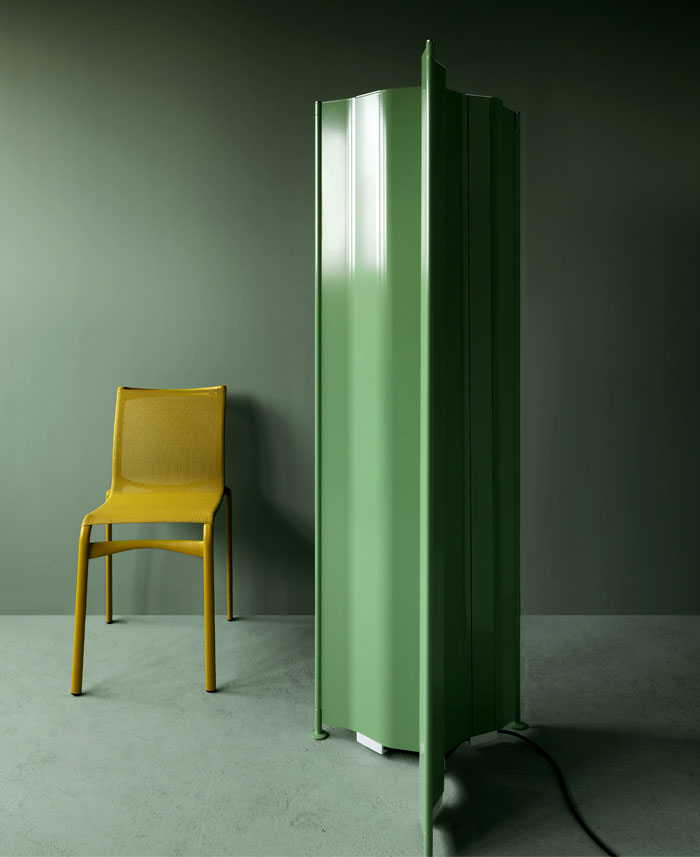 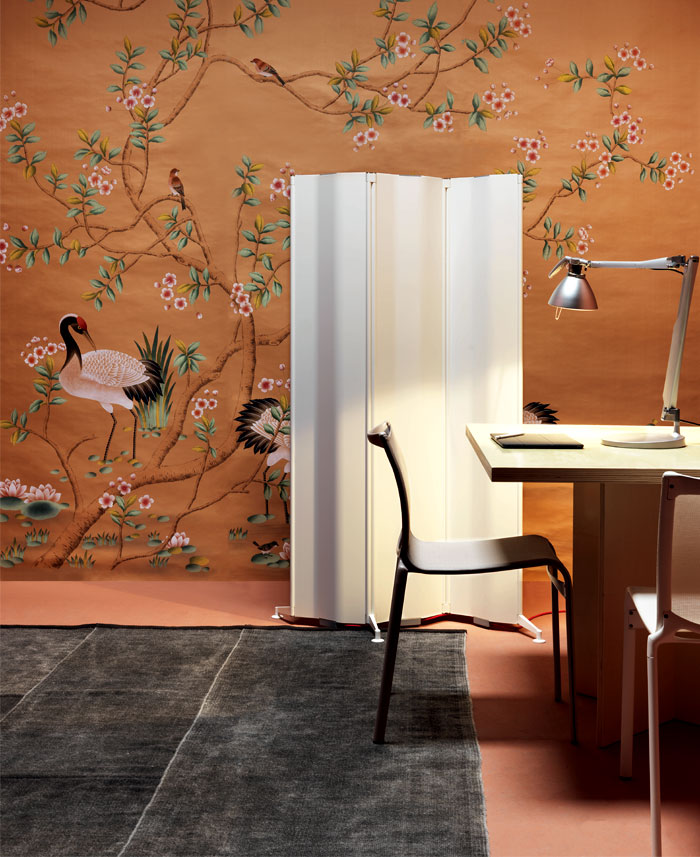