Head of Steam has enlisted the expertise of Warrington-based firm DV8 Designs to transform its recently opened Sheffield venue. Alongside RDF Construction, the creative interior design team has spent eight weeks on site to turn the Grade II listed building to feature a playful, urban and industrial feel that compliments the building in which it is housed. Located on Norfolk Street, the new site features stand out elements including a backlit logo, island bar, and rustic leather booths. 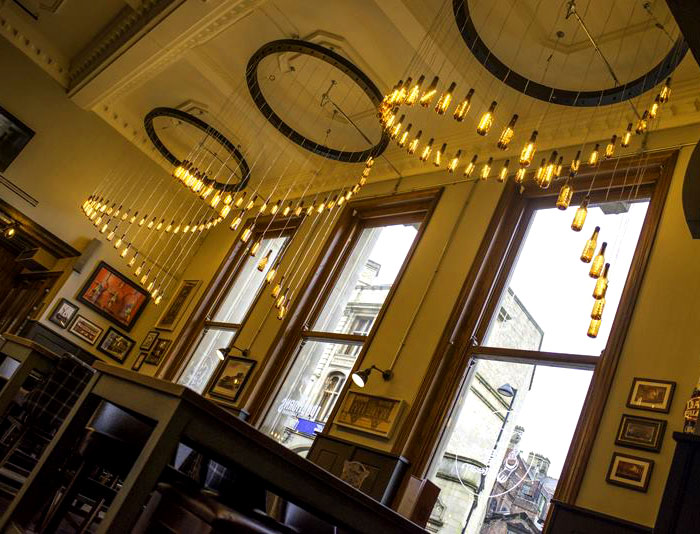 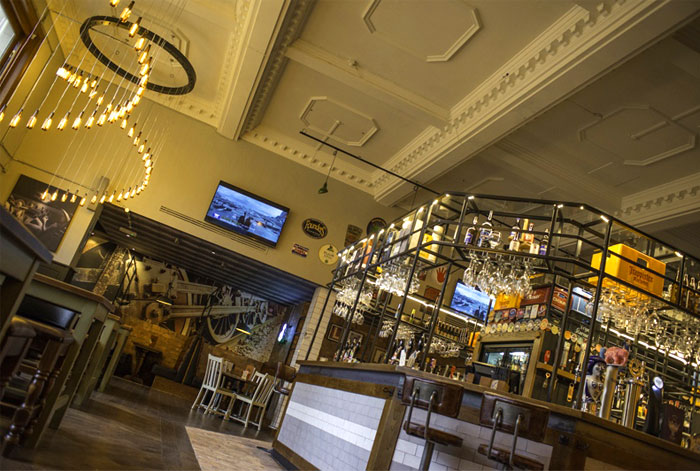 Managing Director of DV8 Designs Lee Birchall said: “Our newest venture in the form of Head of Steam in Sheffield is housed within a remarkable Grade II listed building, so the team and I wanted to ensure that our work remained harmonious with the venue’s original and impressive characteristics. During the refurbishment process, we also worked closely with local planners to ensure that all of our work that was being carried out took place within regulations. 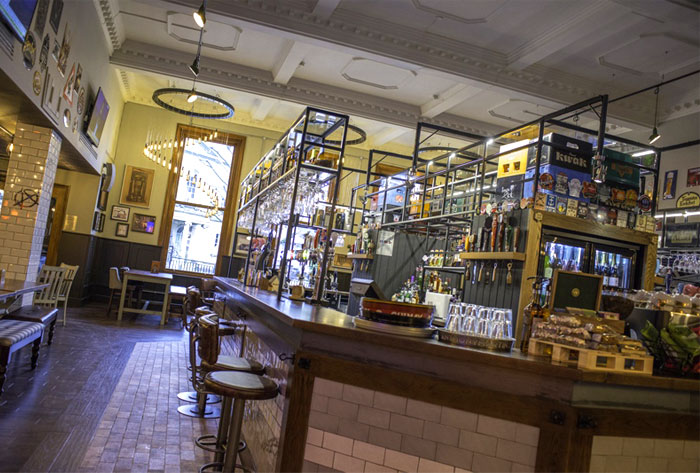 “As Head of Steam is part of a nationwide chain, it was important to retain certain elements of the brand itself, including the craft beer influence, while creating a new and refreshing vibe through the use of earthy colors in fabrics and neutral tones to compliment the walls and the bar front. We’ve also incorporated unique features such as chandeliers crafted from recycled beer bottles and rustic style booths.” 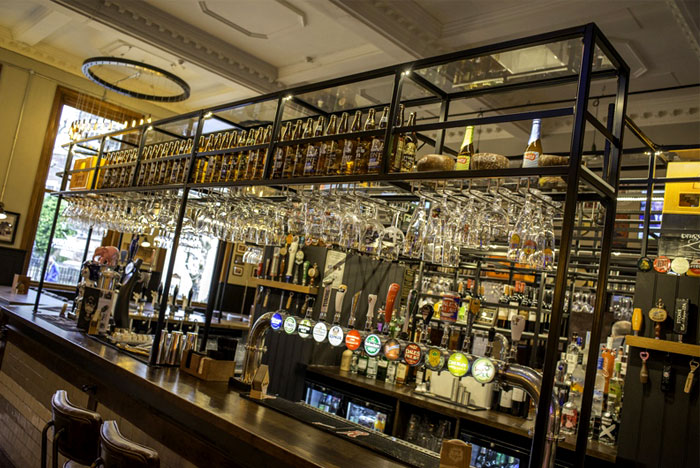 The venue has become the eighth branded Head of Steam outlet, which is now owned by Cameron’s Brewery. Following a six-figure sum project, the former Old Monk pub now features a new island bar in the center of the main trading area alongside 16 keg lines and eight cask ale hand pulls. 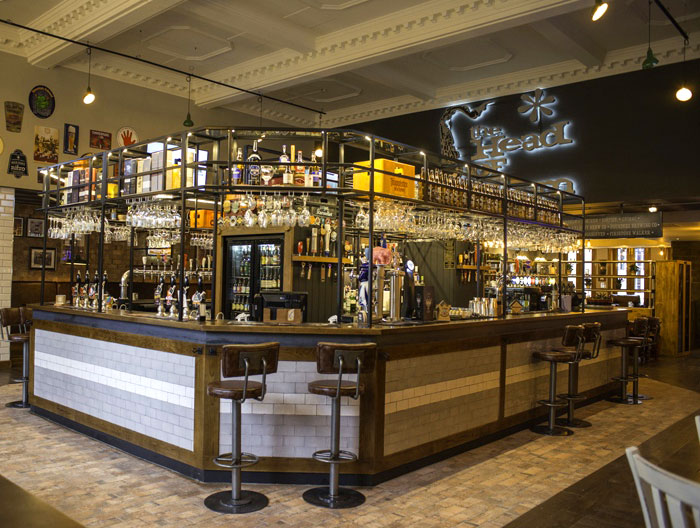 Lee added: “As the new venue’s location is quite central in the heart of Sheffield, we wanted to create a space that would draw guests in from the square and into the pub. As Sheffield is also a well-known student city, we were careful to ensure that our design needed to appeal to the younger age group, too.” 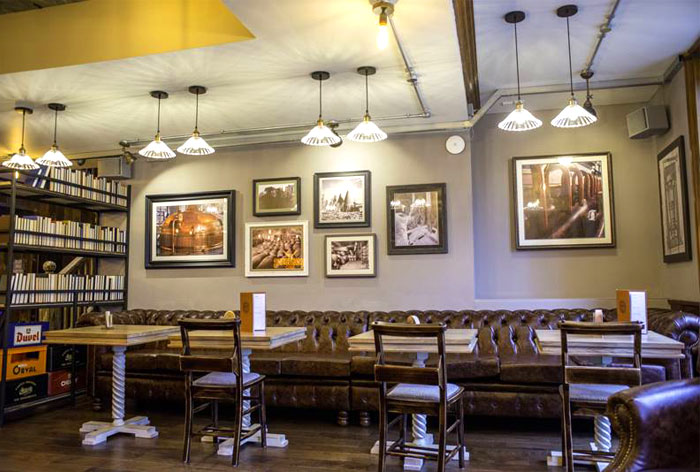 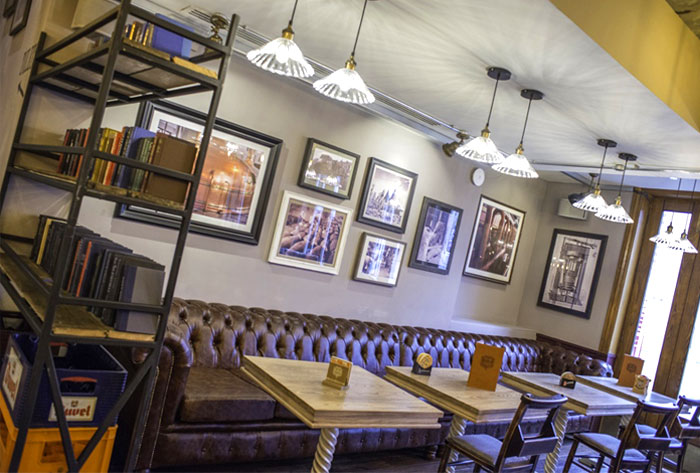 Pub Estates & Operations Director at Cameron’s Brewery Joe Smith said: “As part of our expansions to increase the Head of Steam brand nationally; we worked with Lee and the DV8 Designs team to convert what was a very tired, 1980’s style auditorium into a more modern venue. We have opened two new sites in a month and are over the moon with both – it’s very rewarding that we’re continuing to receive fantastic customer feedback.” 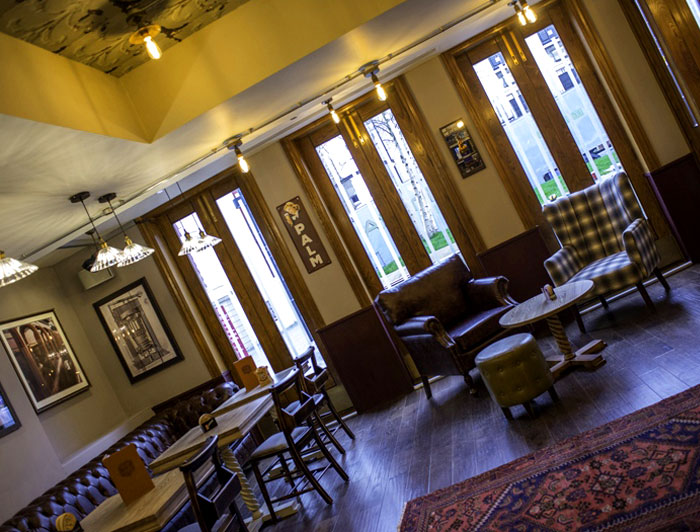 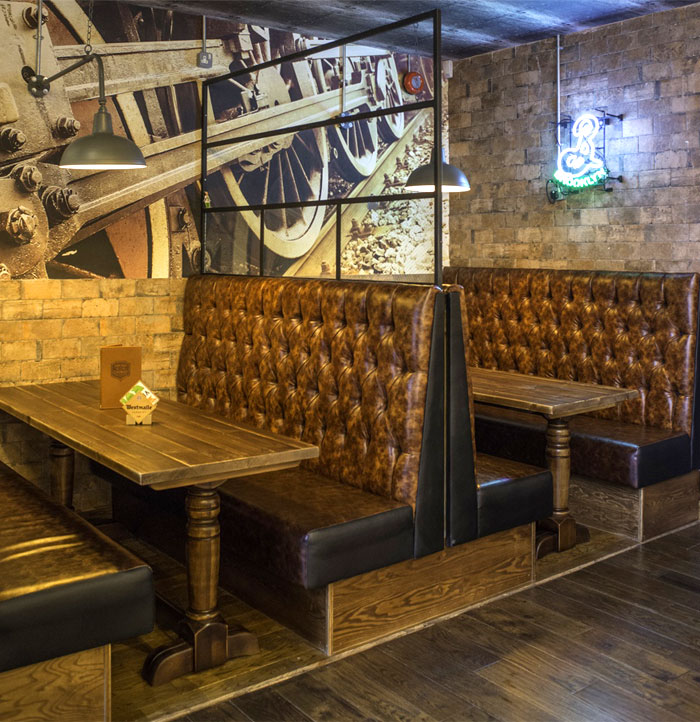 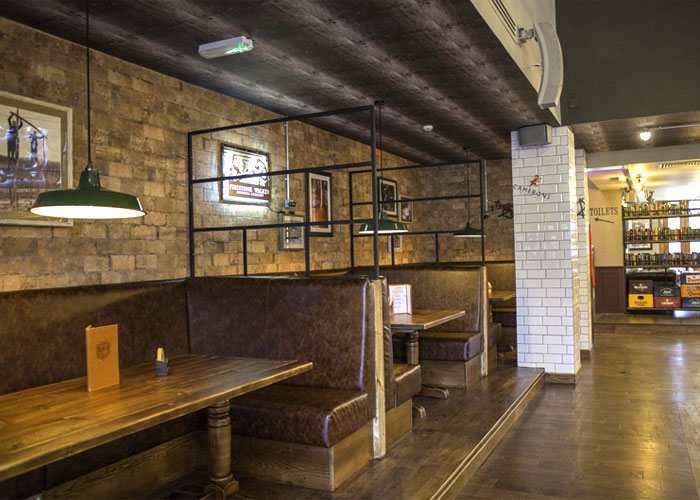 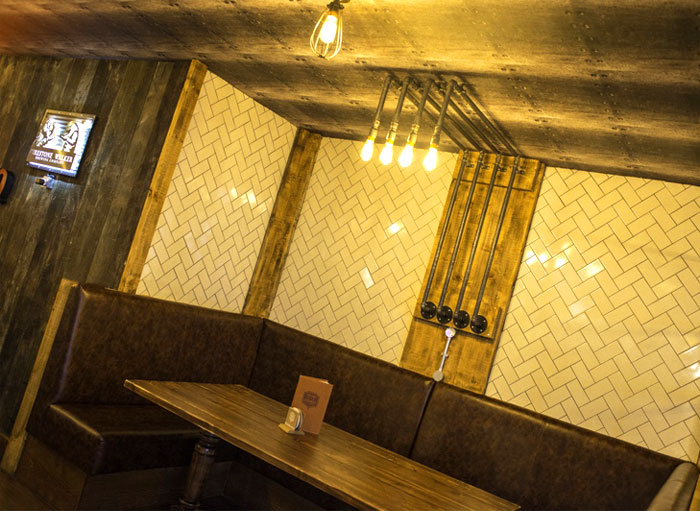