Landini Associates are a team of designers based in Sydney, Australia, was commissioned to design a new restaurant ‘Coal Cellar & Grill’ at Hilton Hotels in Adelaide and adjacent bar and hotel lobby lounge area. Simply, the brief was to create a restaurant that did not feel like a hotel, a restaurant that would be a destination in and of itself for the local community. 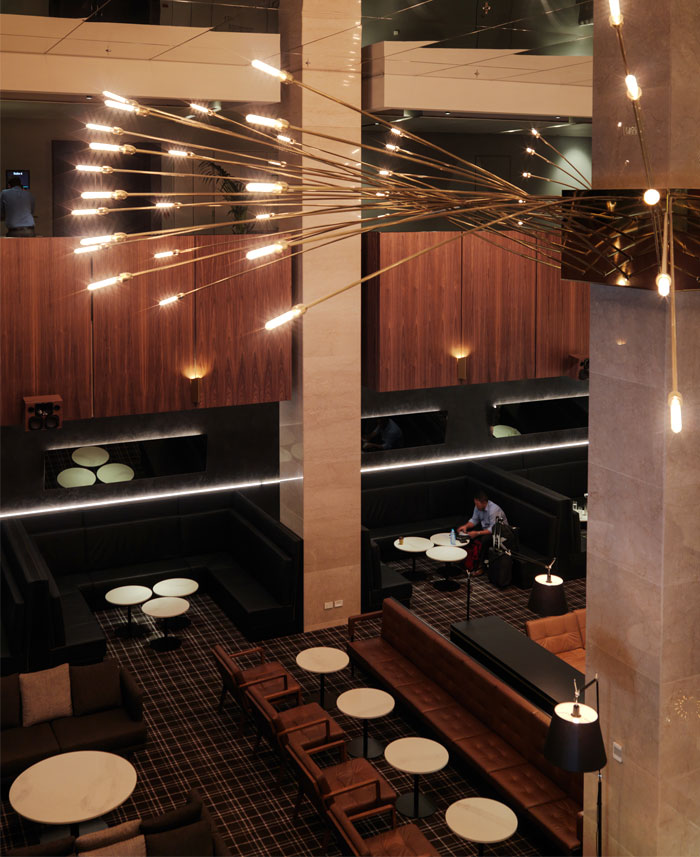 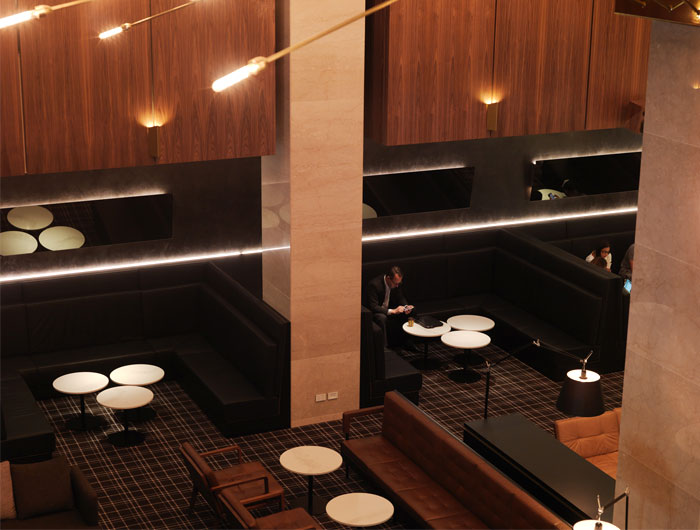 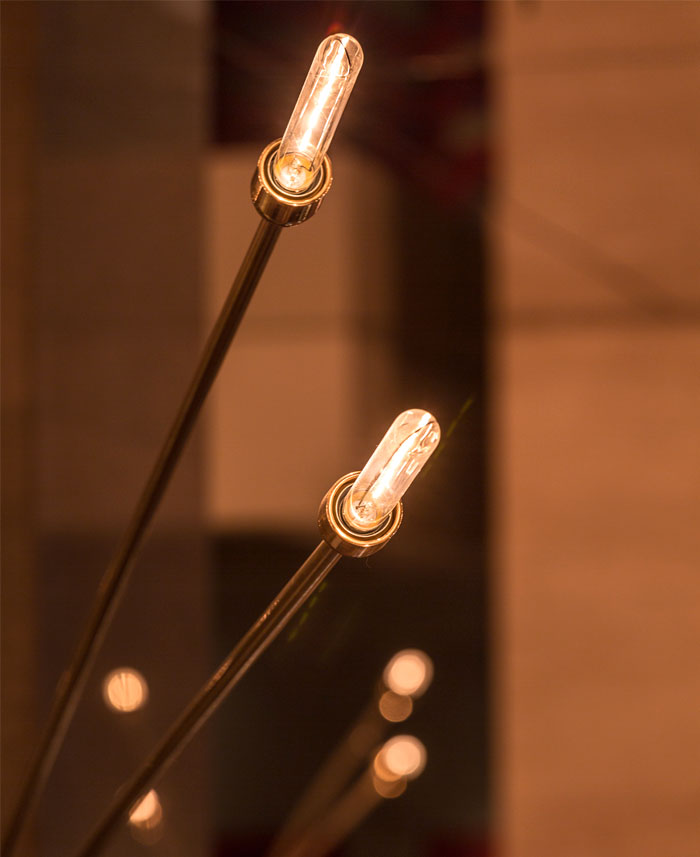 For 35 years the restaurant was run by the Penfolds winery creating a strong heritage for but a hard act to follow. Since its closure, space reverted to a hotel offer with little character. Landini’s job was to reinvent a destination for the city center and a sanctuary for the hotels guests. Part of the heritage of space was an antiquated mirrored ceiling and lighting feature. Like it or not, it dominated the bar and lobby lounge but was impossible to service and used old technology. The designers wanted to reinterpret this as opposed to discarding it entirely, so they created a fresher version which pays homage to the spaces history but which uses new power-efficient technology. Planning was a key factor in the design solution. The bar services both the lobby lounge and the restaurant, acting as a fulcrum between the two spaces. At one end is a floor to ceiling wine room, housing over 3000 bottles; at the other a suspended charcuterie and cheese display. Both design features are visible from all angles of the restaurant and hotel lobby. 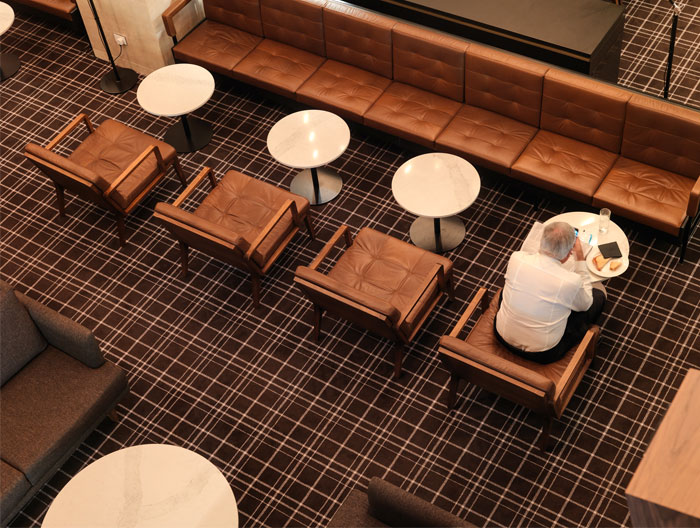 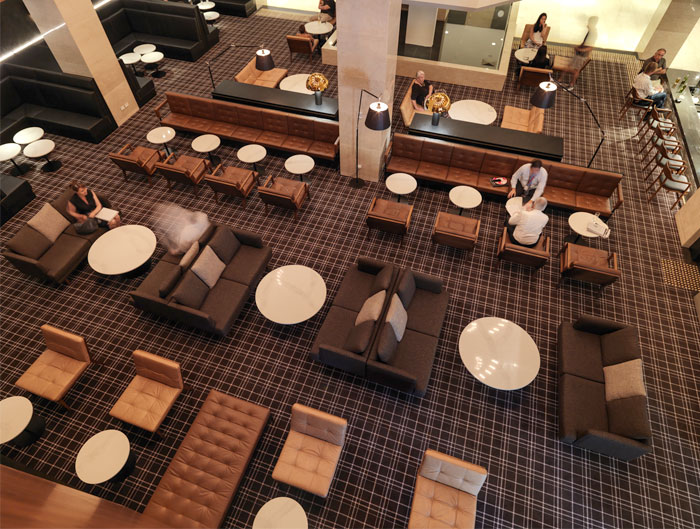 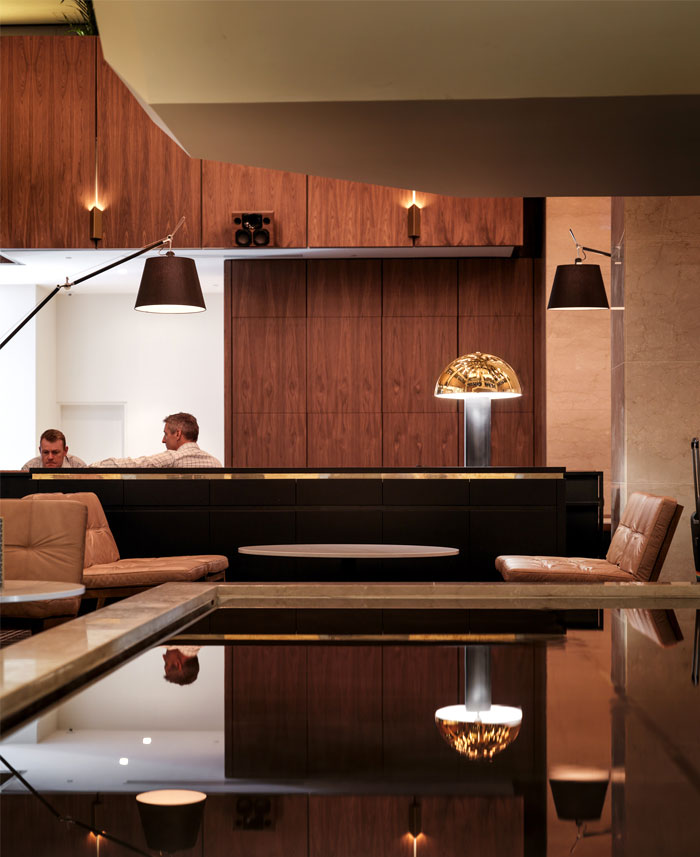 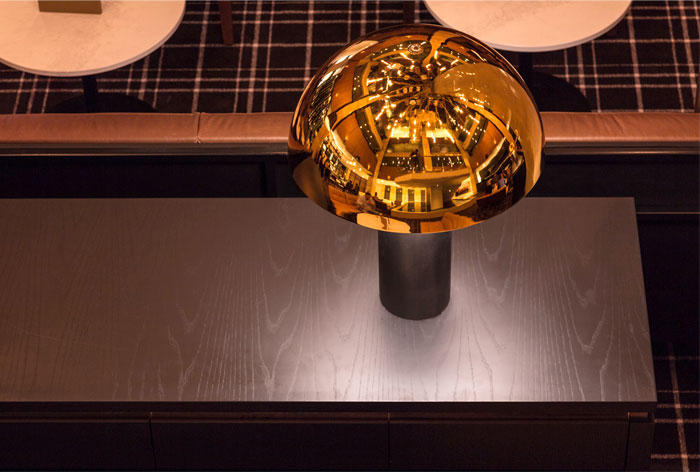 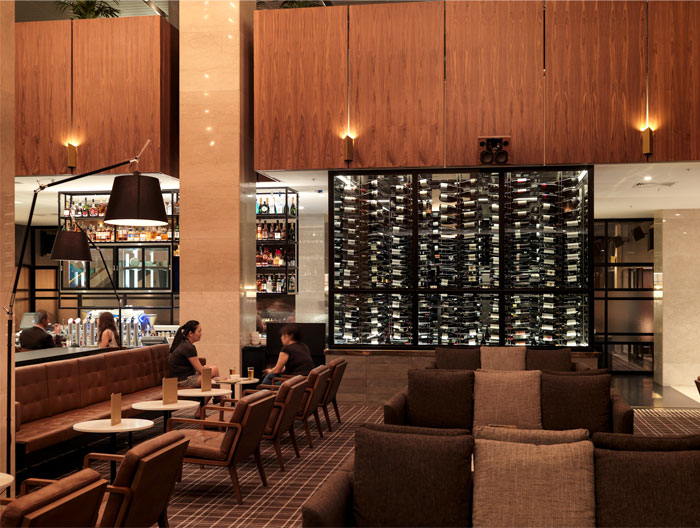 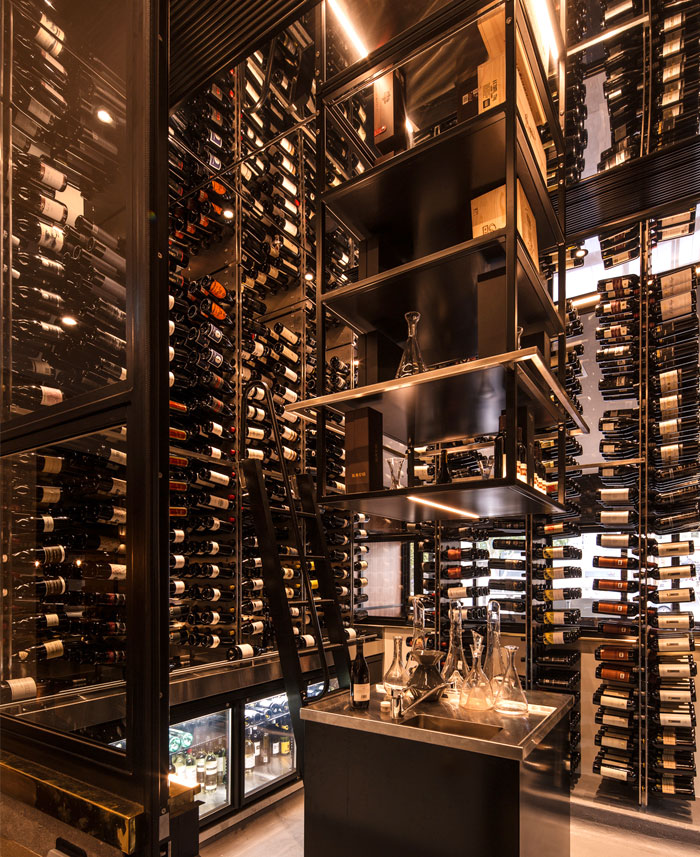 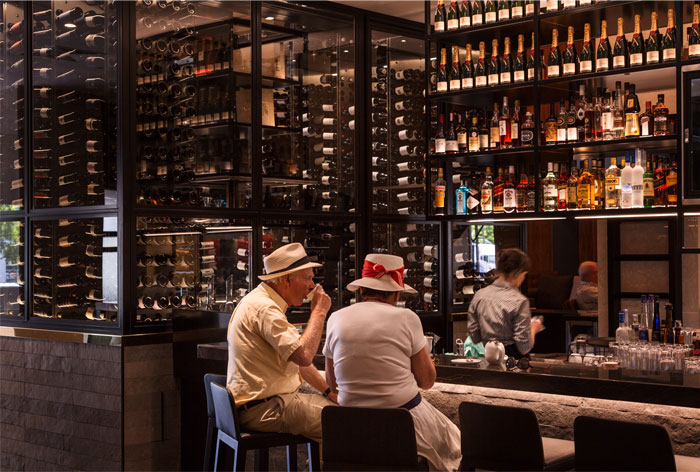 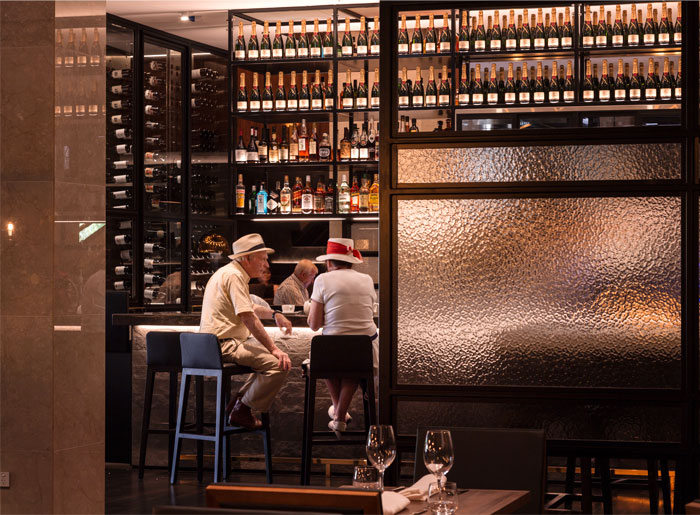 Within the restaurant itself, planning was crucial. The nature of hotels meant the restaurant had to be suitable for all day dining, from breakfast through to evening and cater to a range of covers. Four private dining rooms have been created north and south of the main restaurant, designed with large scale sliding doors that can be opened up as an extension of the restaurant, or closed off to ensure that the restaurant does not feel empty in quieter times. They can be used as intimate dining spaces for larger groups, or conference rooms. The open kitchen and grill provide a backdrop of theatre, enhancing the dining experience. Lighting throughout the whole space was consciously designed with five different settings; it is based on creating the right ambience through breakfast through to evening. 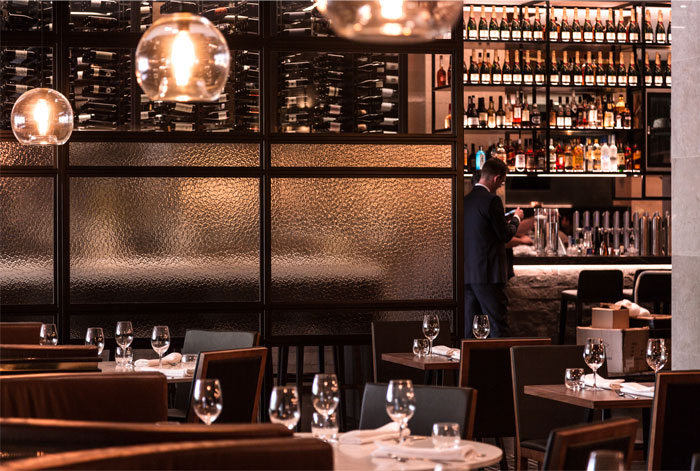 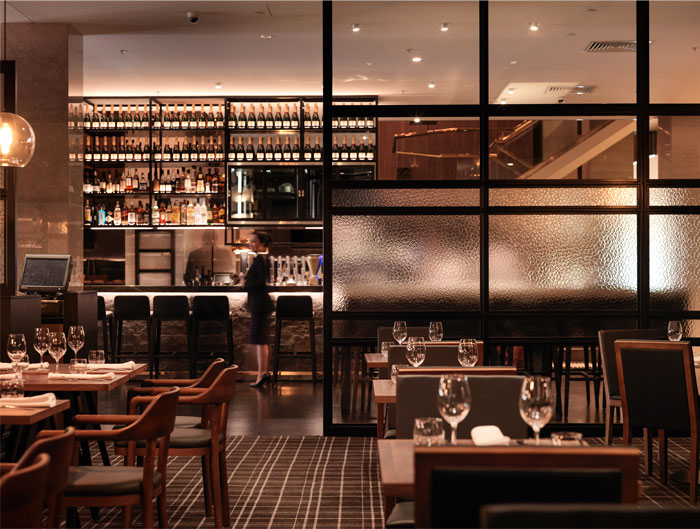 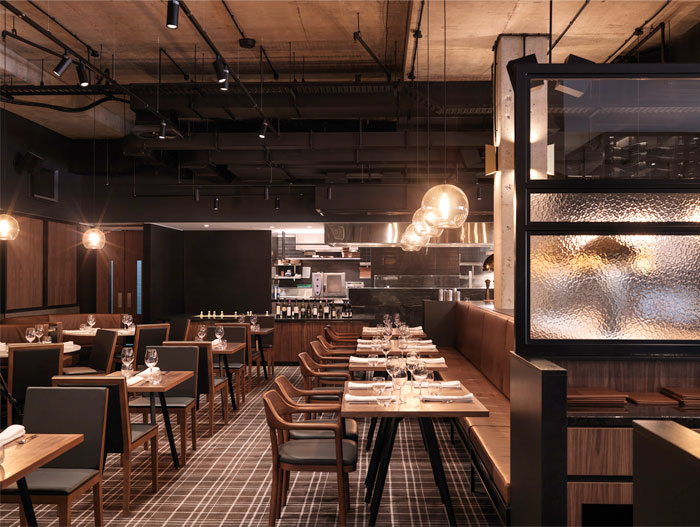 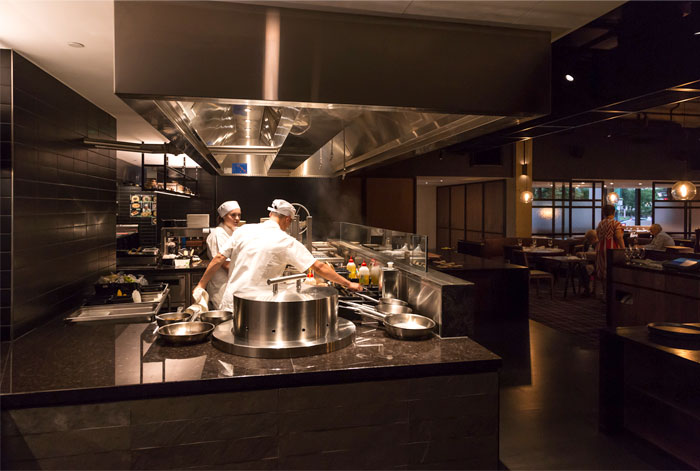 The material palette is a simple one. Dark timbers, leather, stone and glass form the basis of the backdrop complemented by an exposed ceiling and new lighting scheme. Exposed concrete columns and ceiling slabs speak a language of honesty while embracing the existing building bones. The important thing was to create a space that supported the restaurant¹s new food offer which was coined Essentially South Australian. Photography by Trevor Mein 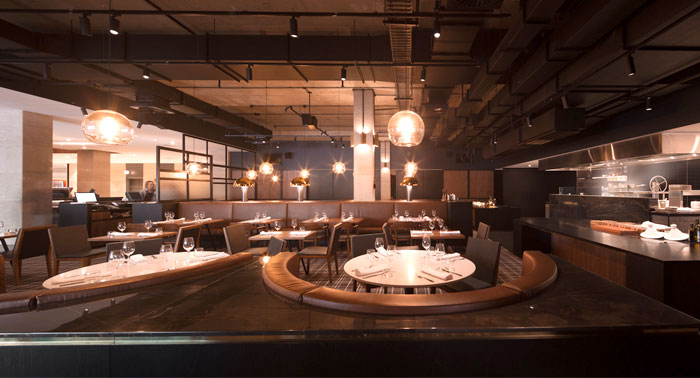 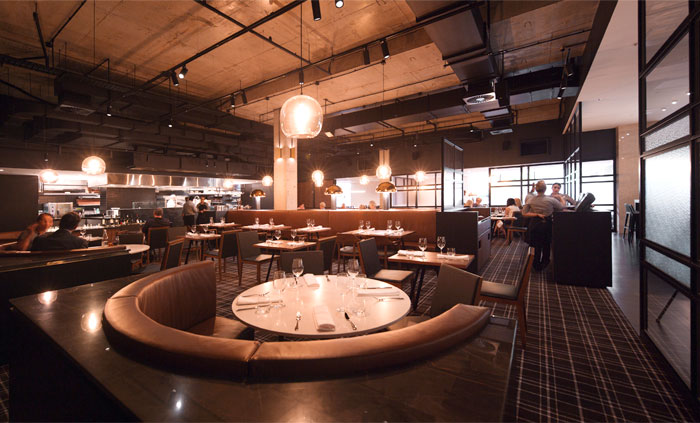 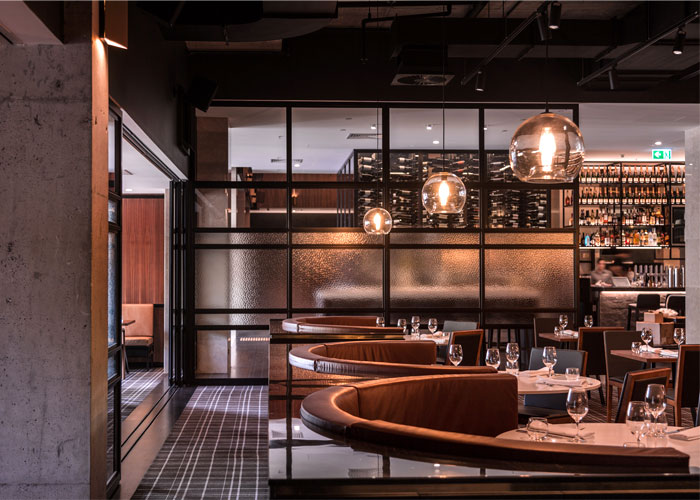 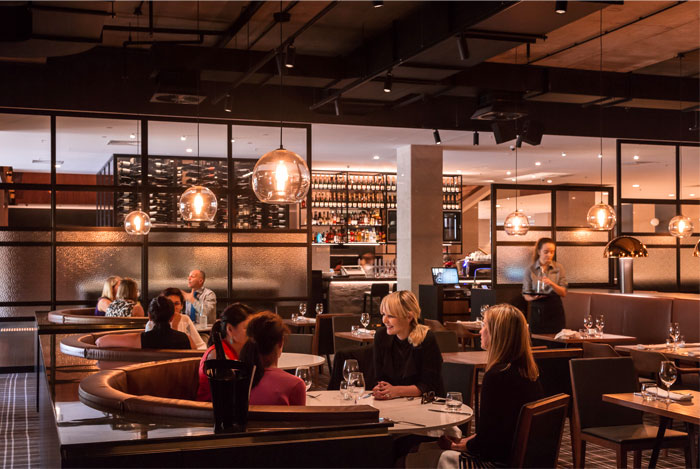 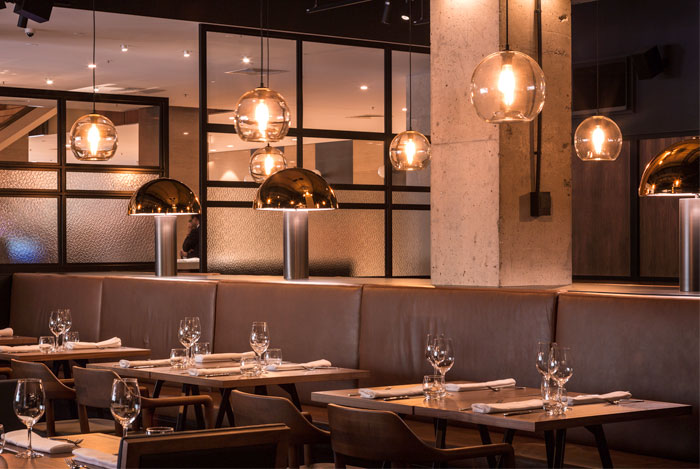 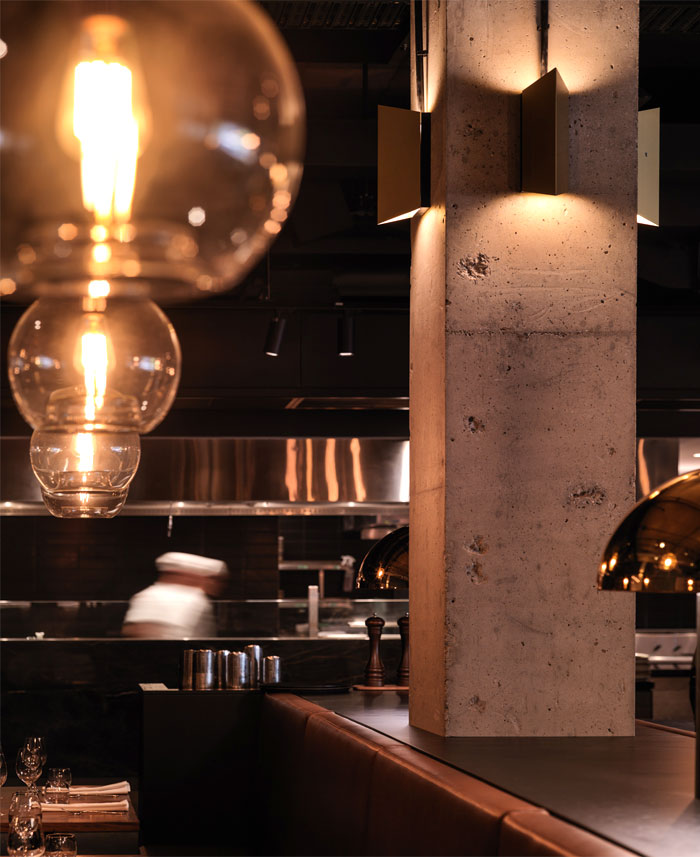 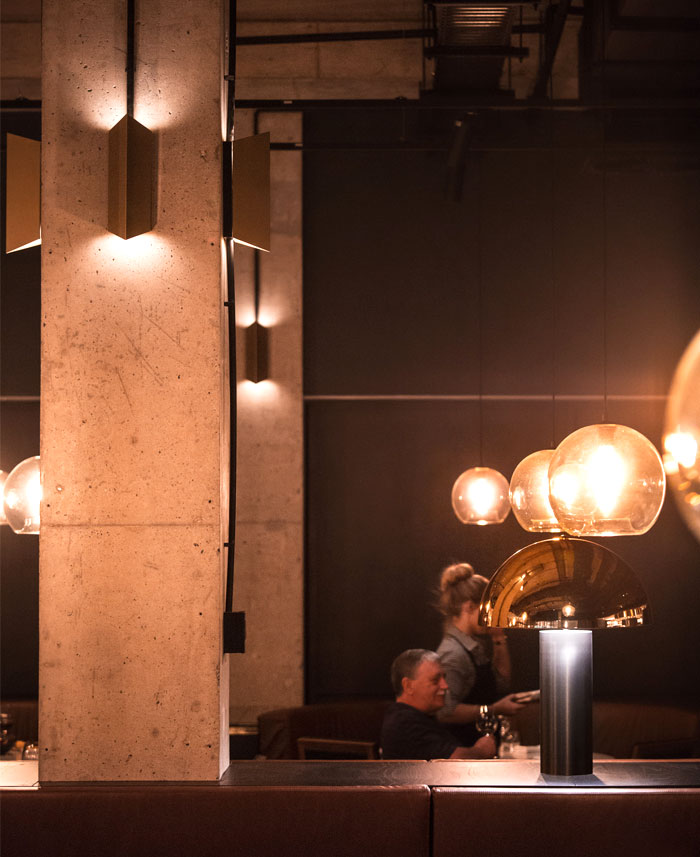 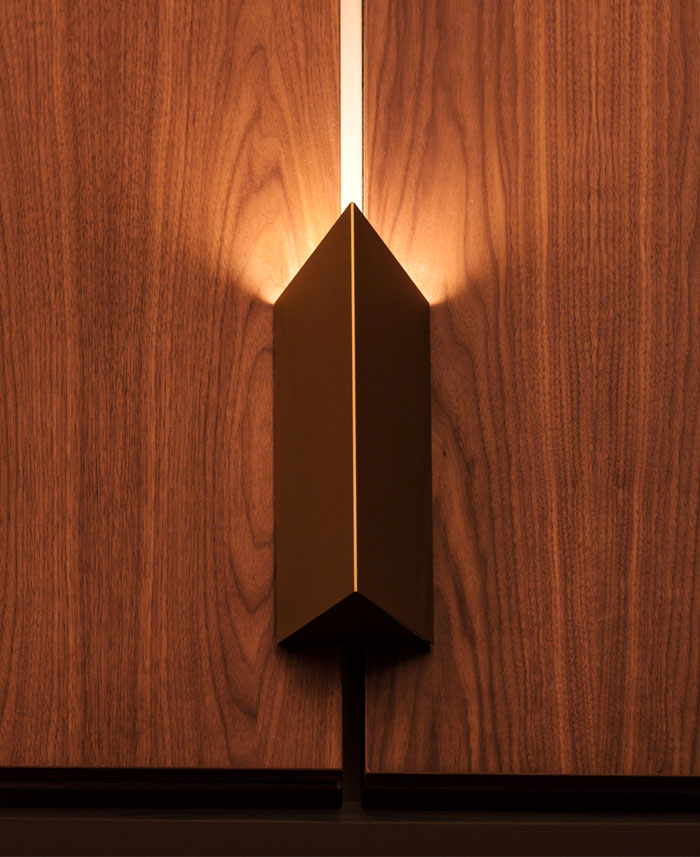