A penthouse apartment in Valencia, Spain, designed by Josep Ruà, draws precisely the policy for modern interior design with simple materials – wood, stony colors and above all light, lots of light. 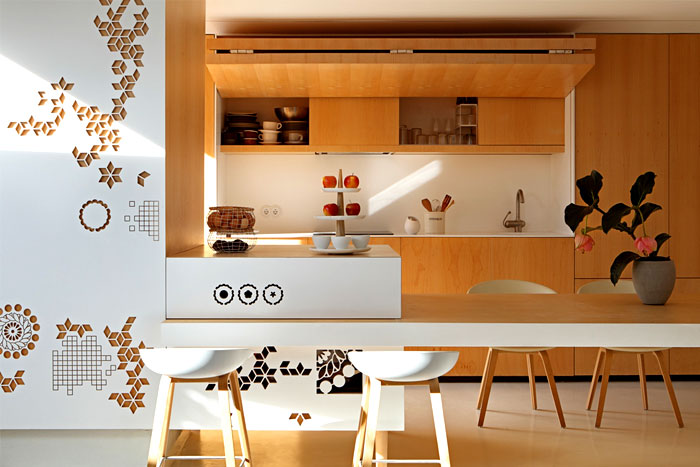 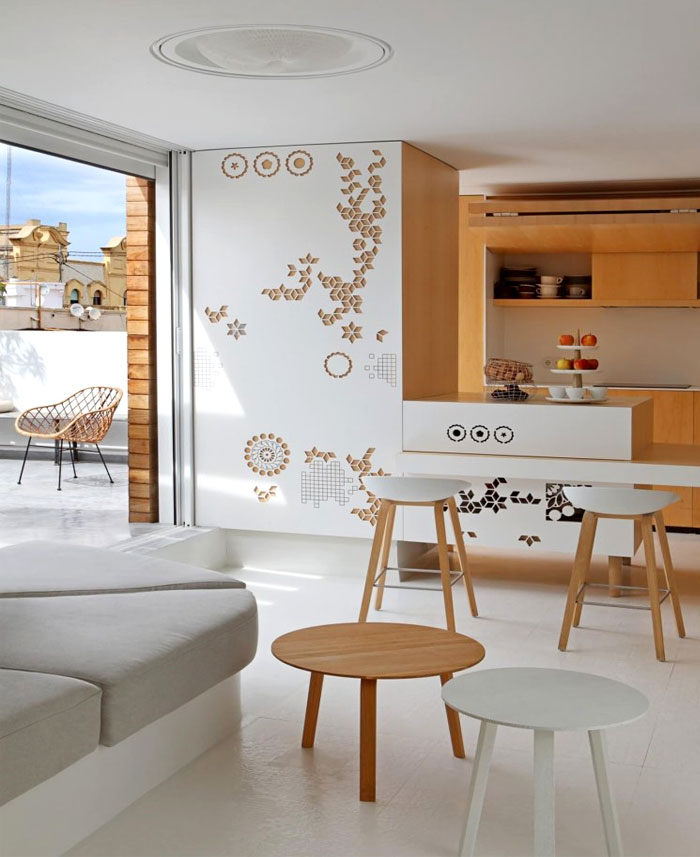 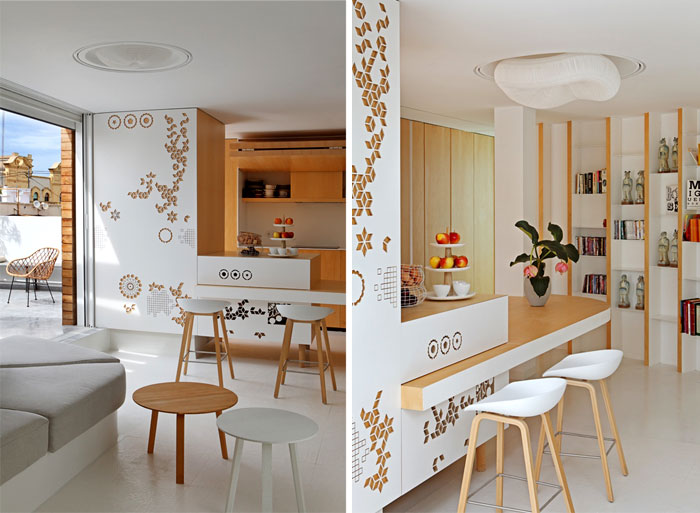 The light and the sky of Valencia possess a singular beauty. Traditional, and not so traditional, Mediterranean architecture usually tends not take advantage of this, almost as if trying to deny it. Clearly, environmental criteria come first and getting protection against the many and often suffocating sunny days of the year becomes a priority. Technological advances have led to more efficient glasses which allow them being opened to the outside and virtually fulfill the same function of environmental protection concrete enclosures provide.

And so the ceiling was pierced, beginning from the bedroom and finishing in the bathroom, so that the wonderful moon of Valencia could be seen from the inside. One of these skylights spreads towards the front facade until creating a viewpoint and thus, as in the film Lost in Translation, feed the lonesome and contemplative gaze over a city you belong to but at the same time you watch from afar. As we did in the couch area, the higher level of the former terrace was used to delimitate the bathroom area gaining a more straight access from the bed. The bathtub, embedded in the ground and covered with the same coating as the floor, was designed in purpose. 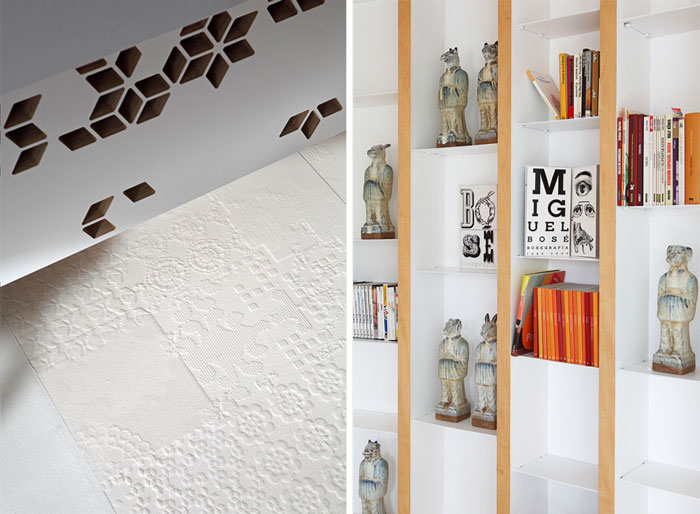 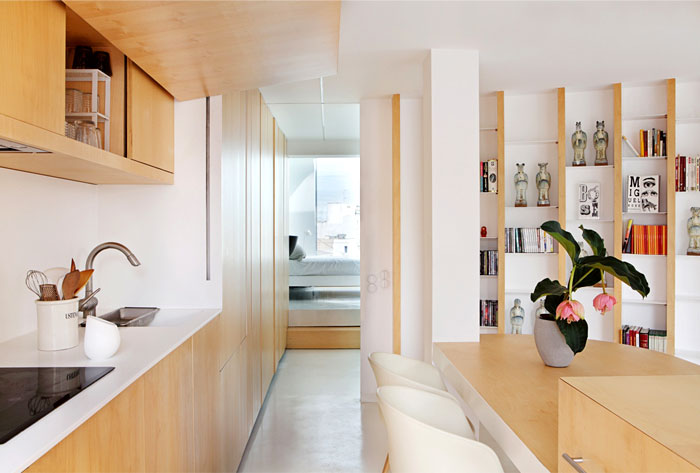 Honeycomb for Mutina was used to coat the wall in the moist area. When sunbeams penetrate through the skylight above and fall on the wall with its hexagons in different planes, the resulting play of shadows simulates the pouring rain. Therefore, bathing becomes an experience, like being showered with rainwater. Mirrors have been strategically placed to make the most of the reflections. This way they give the feeling of a wider space and create interesting perspectives. It is precisely the case of the rotating slats which delimitate the bathroom and the dressing room: these spy-like mirrors produce a multitude of versatile reflections. 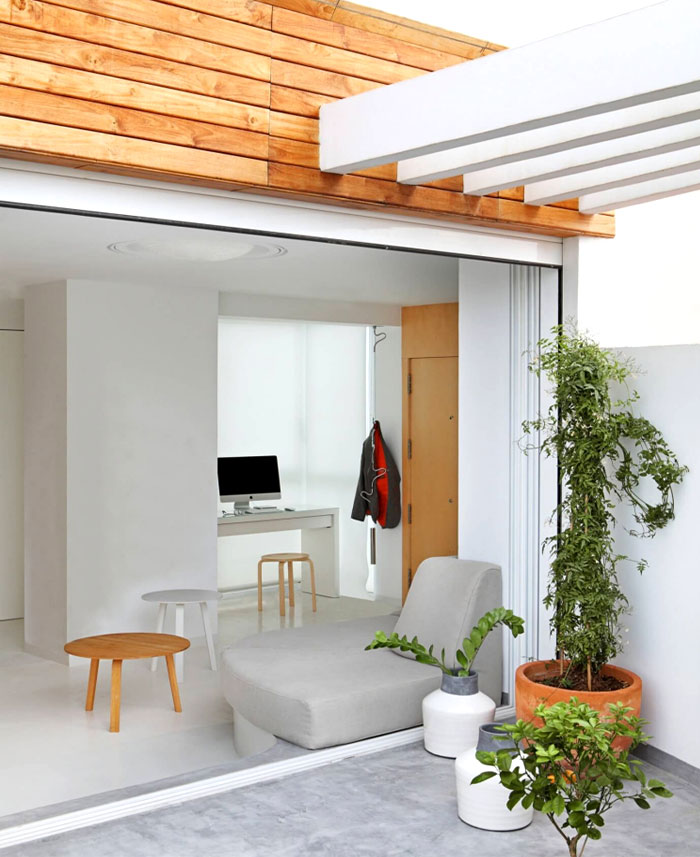 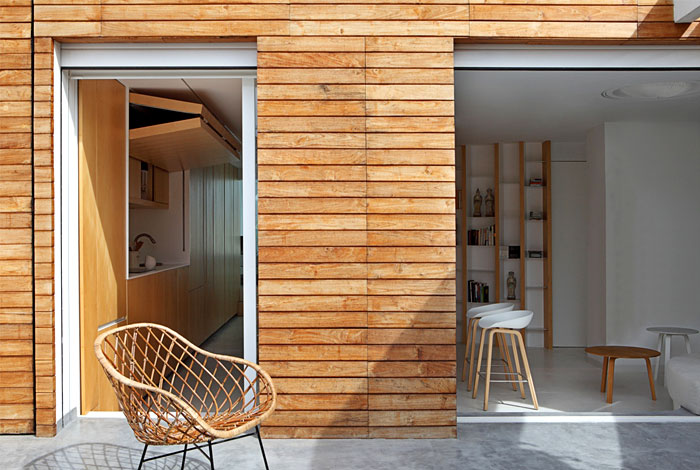 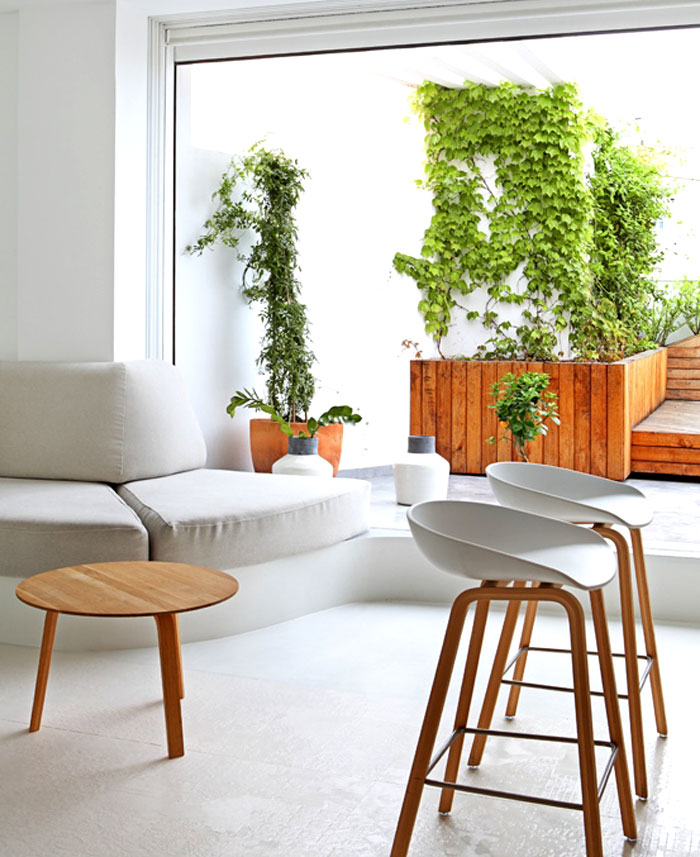 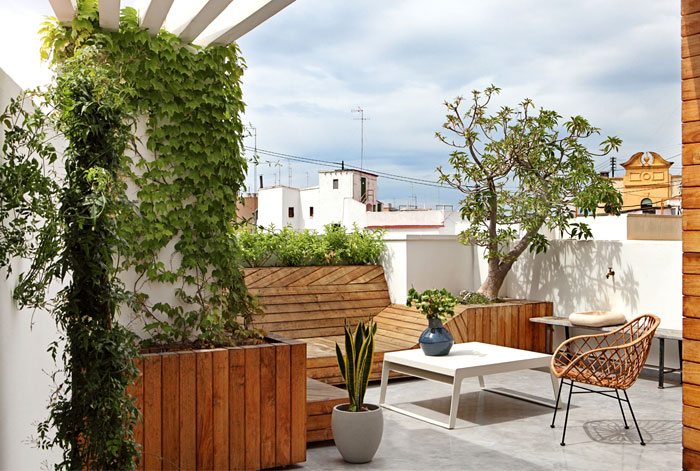 The bed appears suspended from the wall. It seems to levitate, and it gives the impression of lightness, underscored both by the headboard, an entire wall with its light, and the curves of the ceiling, whose stretching towards the floor drifts into a smooth rounded surface suitable as a bedside table. We opted again for a Molodesign lamp, this time, the Cappello, available in Batavia (Madrid). 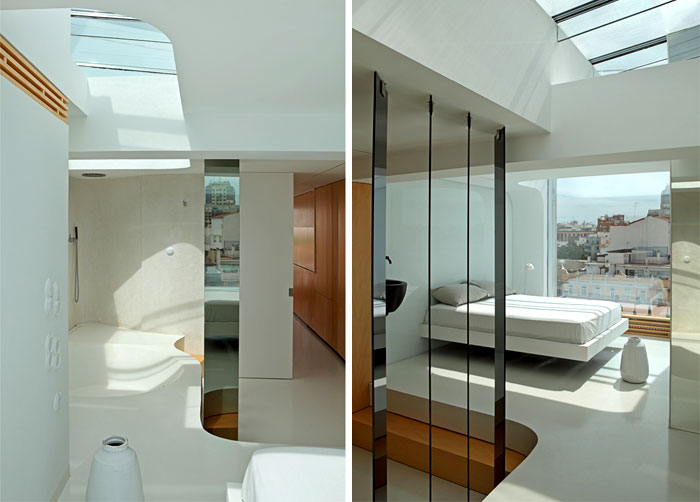 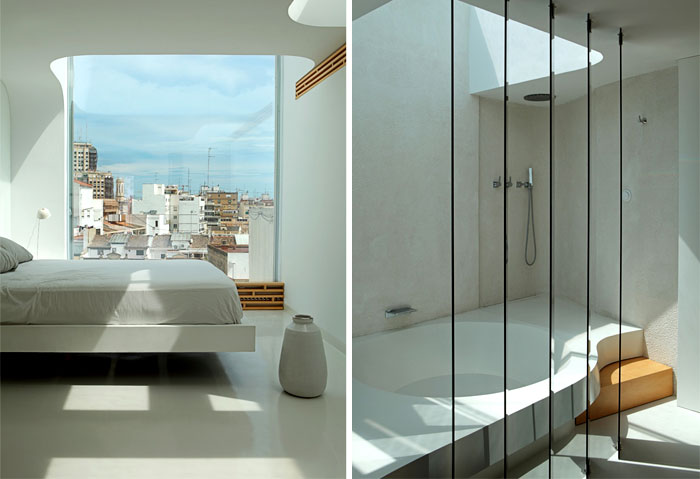 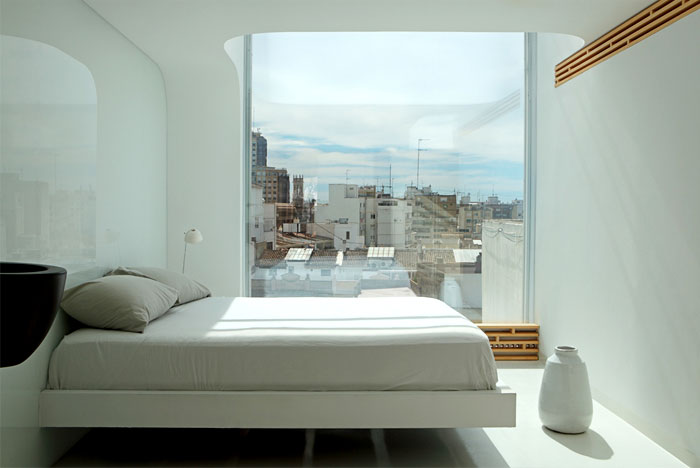