A former tennis court located in Timisoara, Romania has become a symbol of happiness and freedom in a few steps carefully thought by the Romanian interior designer Alexandra Avram. On his name, Epic Summer! Construction of 400 m², wood-based, started from scratch, and this allowed the space to be organized as original as wanted. Covering the free zones, it is possible to categorize this place as outdoor and indoor. Everything was done in order, most items being executed on the spot, for a perfect match. 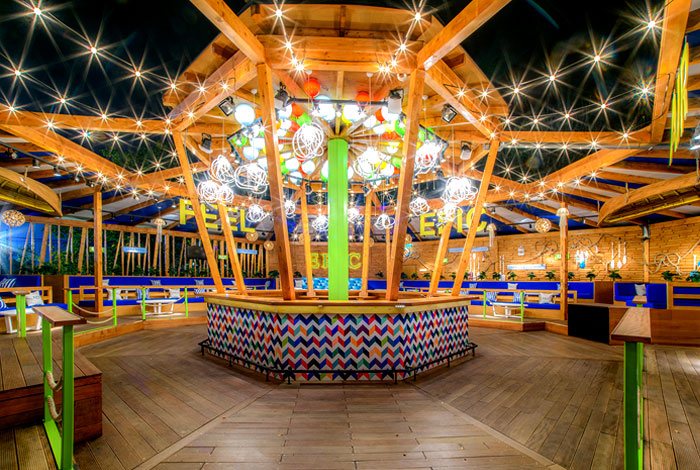 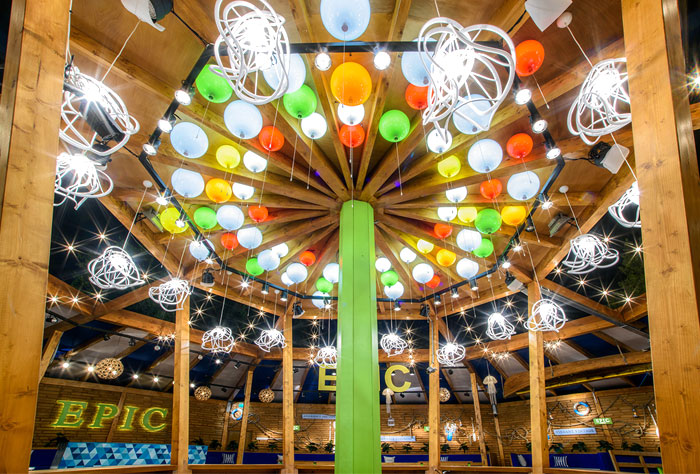 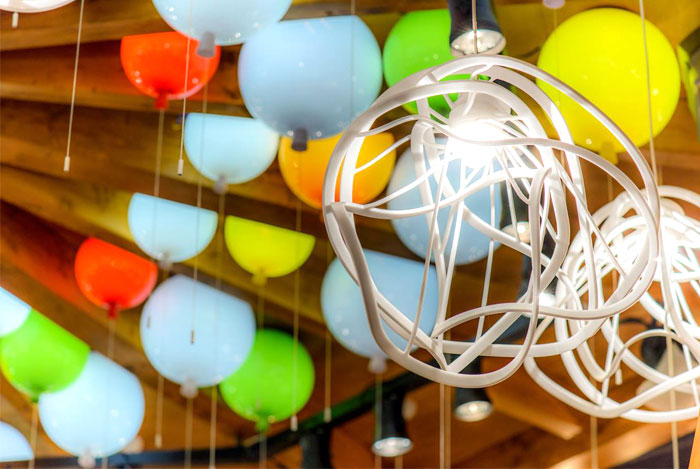 Access to the club is through a curtain of ropes, like a curtain that opens onto something unexpected. The bar with it’s bold colors and geometrical forms is the centerpiece, around which everything seems to be in motion. Ceiling, lighting, the balloons: original designed to decorate a child’s room, are leading to a modern playfulness that brings life throughout the space. Moreover, the idea of the carousel – which was the inspiration point, is a call to action. Also, the sensation of rotation conferred by the bar is reinforced by modular walls, half full, half having the vertical wooden beams game. 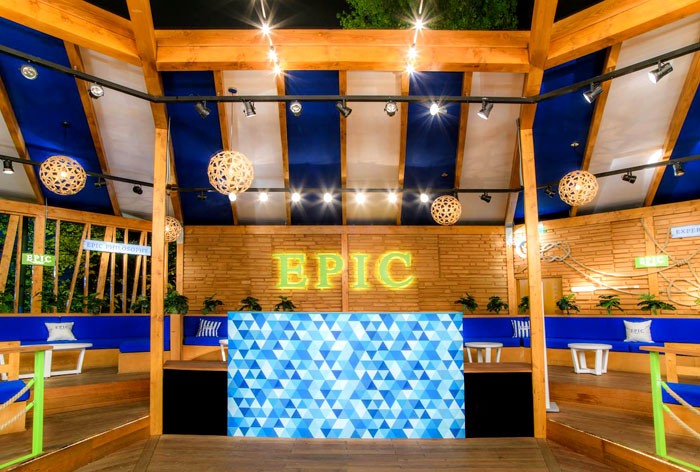 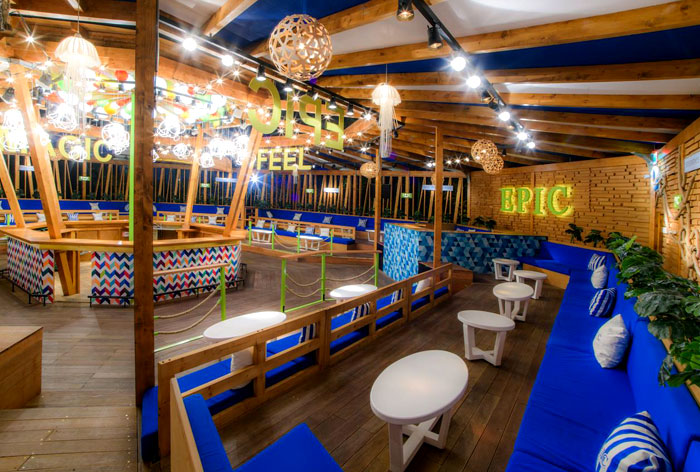 Around the bar the circulation areas and dining areas, each of which is clearly defined flow as smoothly as possible for the public. Construction levels look like an amphitheater. DJ Booth is the next point of visual interest, after the bar. It is generous in size, very airy and it has the same geometric game as the bar, but in shades of blue and turquoise. For space were chosen only two contrasts: the colors and textures used. Wood with its natural hue makes a perfect contrast with blue shaded textile, which gives the feeling of the seaside or the clear sky of summer. Plants that are integrated into sofas planters are the “green zone” of the whole project. 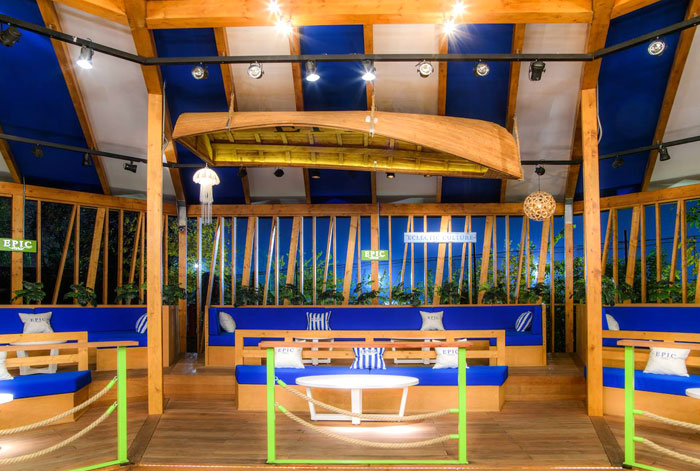 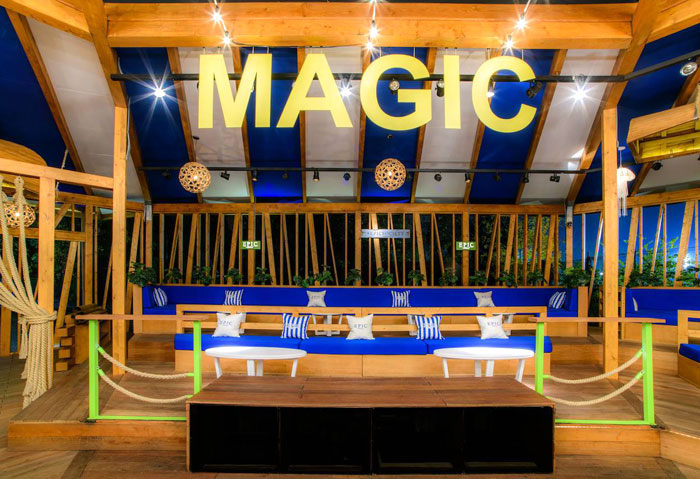 The lighting fixtures with marine thematic are positioned asymmetrically around space: coral, jellyfish, and boats. They give a floating feeling as if the whole place would be under water.Important details, all marine-themed, consist of ropes, lanterns, paddles and oversized knots. The same kind of elements is found in the hallway that connects the hall and bathrooms. It is a space where aesthetics meets functionality. Summer season’s freedom is in the air and induces airy for mind and soul. This city escape is an oasis of natural senses – a perpetual warmth cherished by all those who visit Epic Summer. 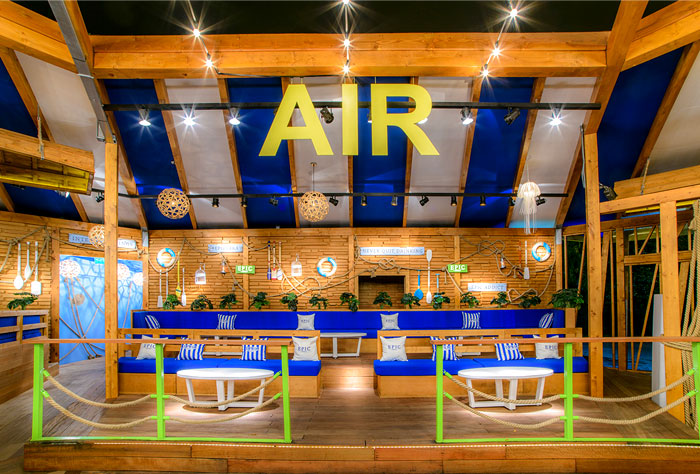 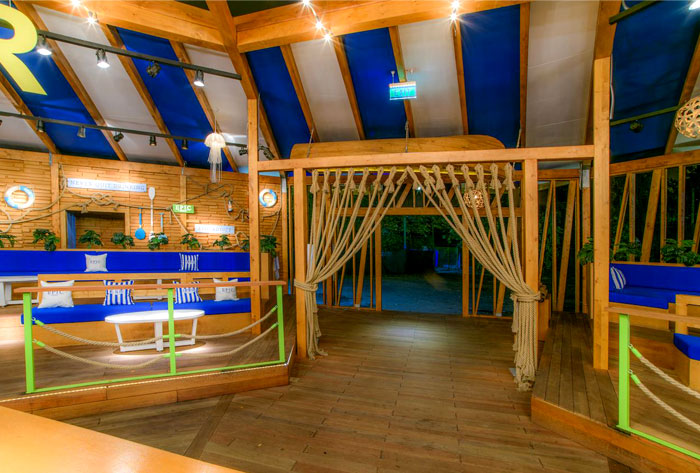