Novoceram presents the new booth, Fabuloft, at Cersaie, the International Exhibition of Ceramic Tile and Bathroom Furnishings, in Bologna, Italy taking place in Bologna from 28 September to 2 October. 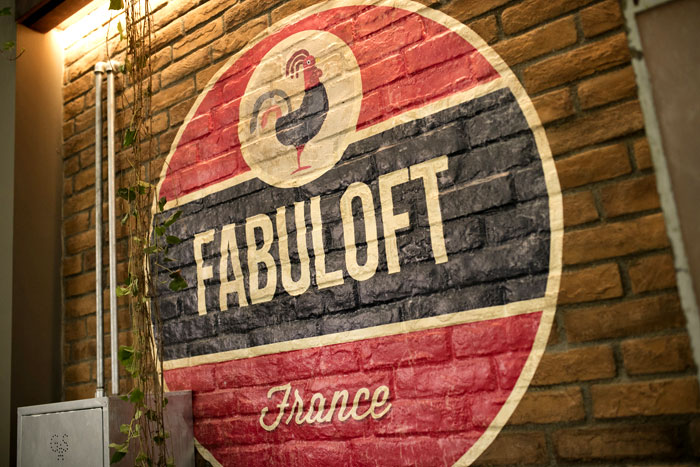 The project of Fabuloft has been created by the interior designer Francesco Catalano to represent a veritable temple of industrial style. This space originally made up of three production sites active in the 50’s, 60’s and 70’s, has been re-designed as space for living and working on a fictional character, half artist – half architect, in a mood of contemporary requalification and whose character emerges in every single detail of the stand. 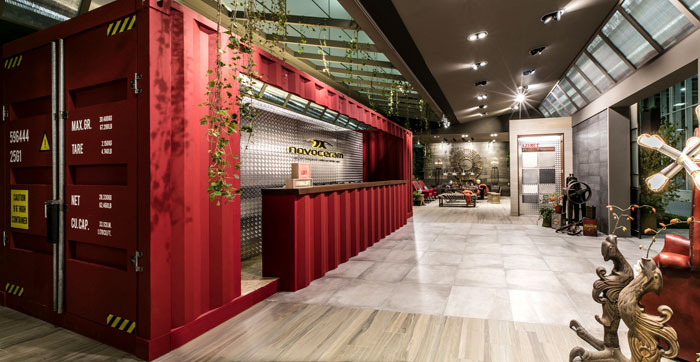 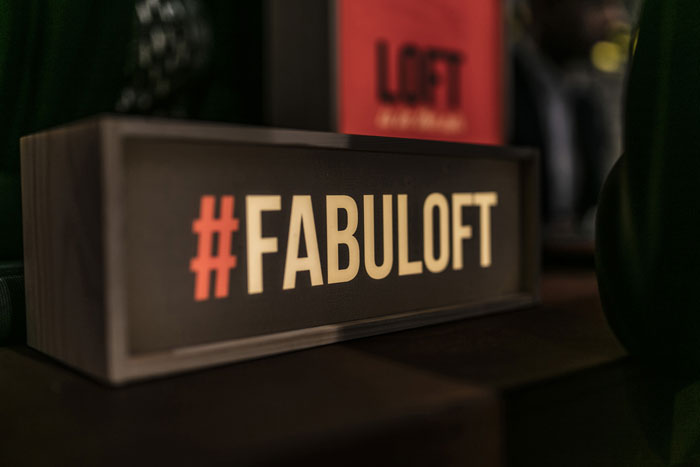 Maintaining the original soul of these iconic buildings, the project mixes vintage and modern design. The decoration elements are a testament to the past and are symbolic sculptures of the present: old production machinery, a transformed container and archetypal elements of industrial architecture such as shed roofs and iron windows. 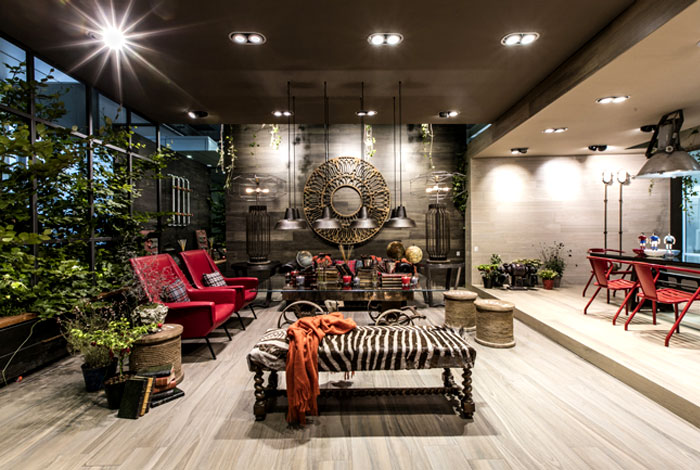 This fabulous loft is also the place where Novoceram presents the new collections for 2016. The living room and the veranda are covered with Napami, a ceramic wood surface with natural elegance and Petitot, through-colour porcelain stoneware inspired by the works of Ennemond Alexandre Petitot, a renowned architect of the 18th century, a collection that adds a chic and captivating look to the studio and the bathroom. Novoceram also presents its first single-firing tile collection in the format 45×45, Domus, with contemporary concrete effect and refined design. 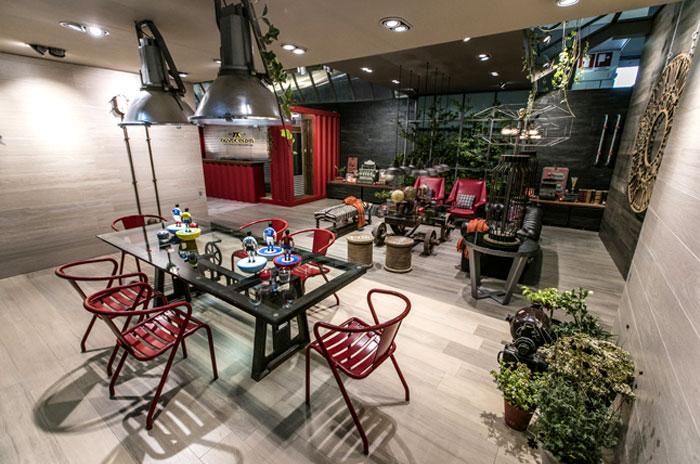 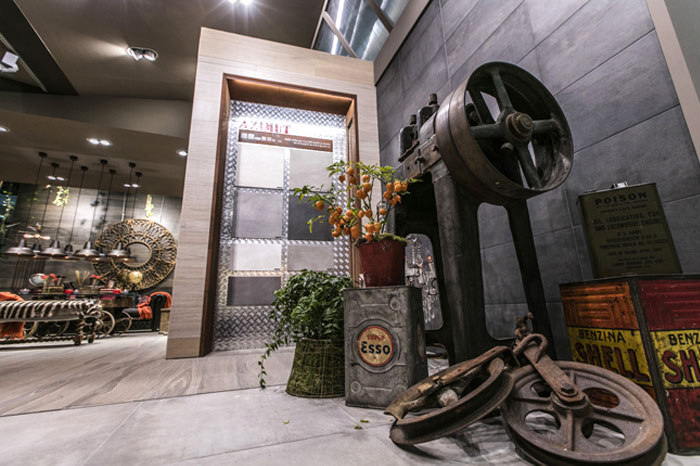 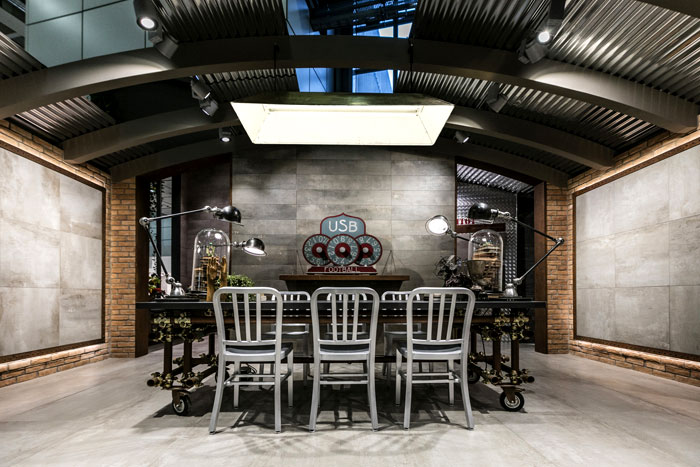 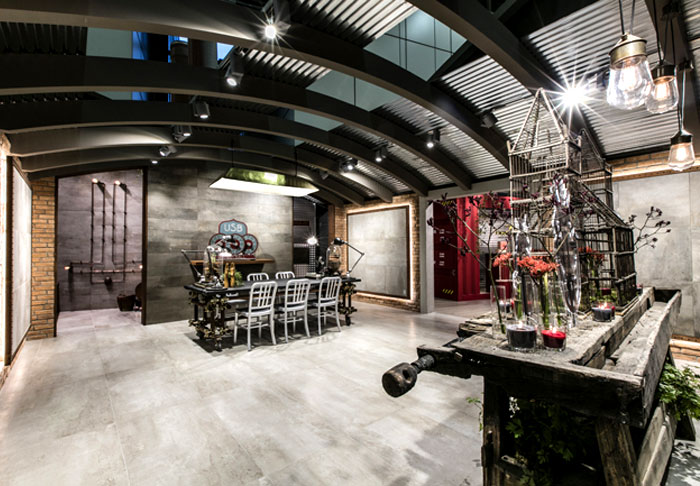 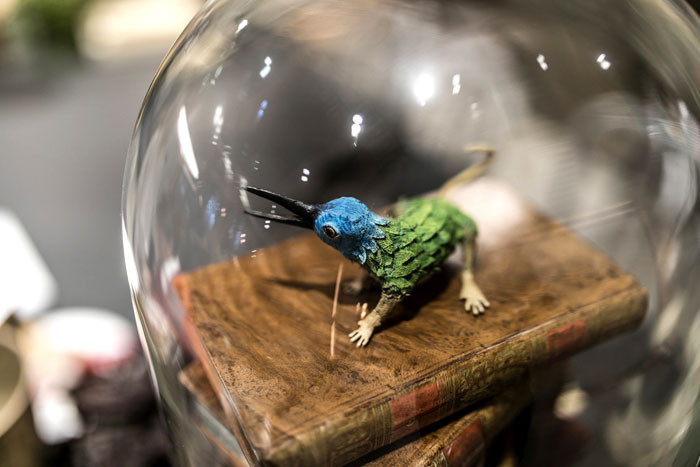 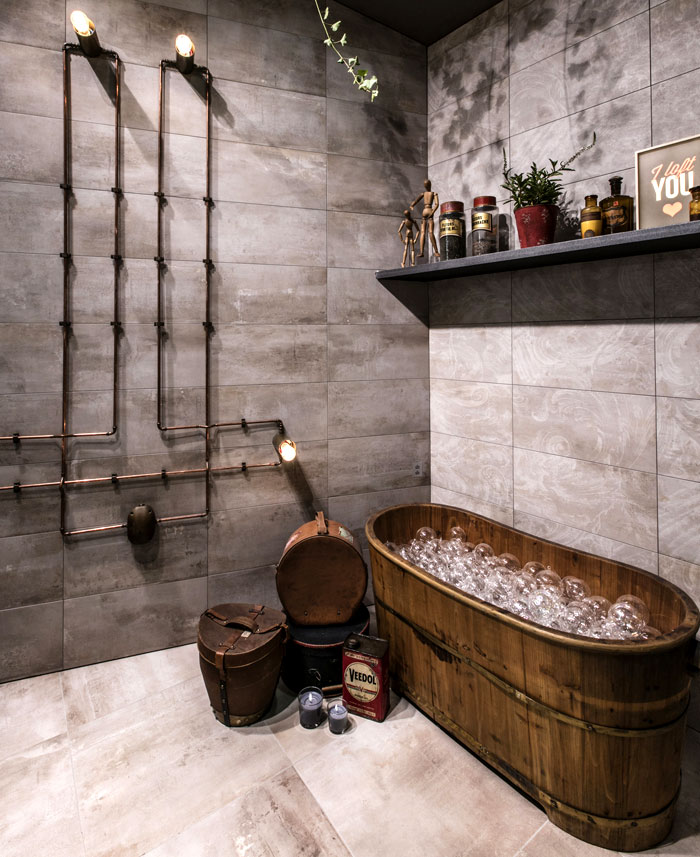