The Cat and Mouse Beer Bar and Concept store is the newest creative space in the heart of Kapana (literally means The Trap) – the brand new creative quarter in the city of Plovdiv, Bulgaria; in the place where a century ago the old craftsmen-district was. The place is located in the 100-years old 3-storey house, one of the many in this part, which are characterized by small front and minimal floor size. The gross area is just 20 m2 per floor, and the bar is located only on the first ground level. 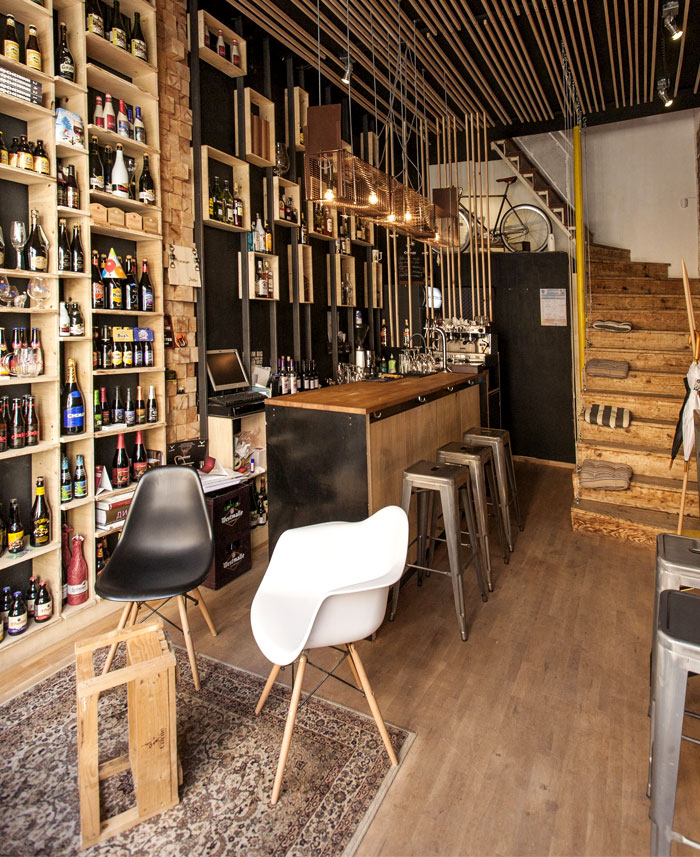 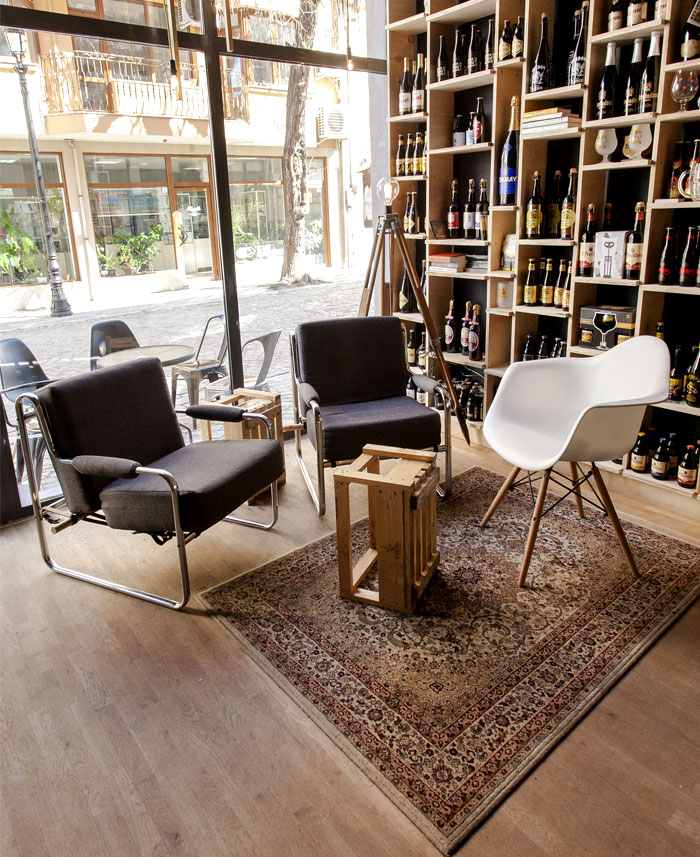 The client required for a simple beer store, but studio 8 ½ went beyond and created a place for degustation of the hundreds of Belgium beers, as well as a place to meet and chat with other beer-lovers in a simple and cozy home environment. At the same time, the bar works as a showroom of local’s craftsman design furniture where everyone can explore different materials and experience unforgettable design experience. 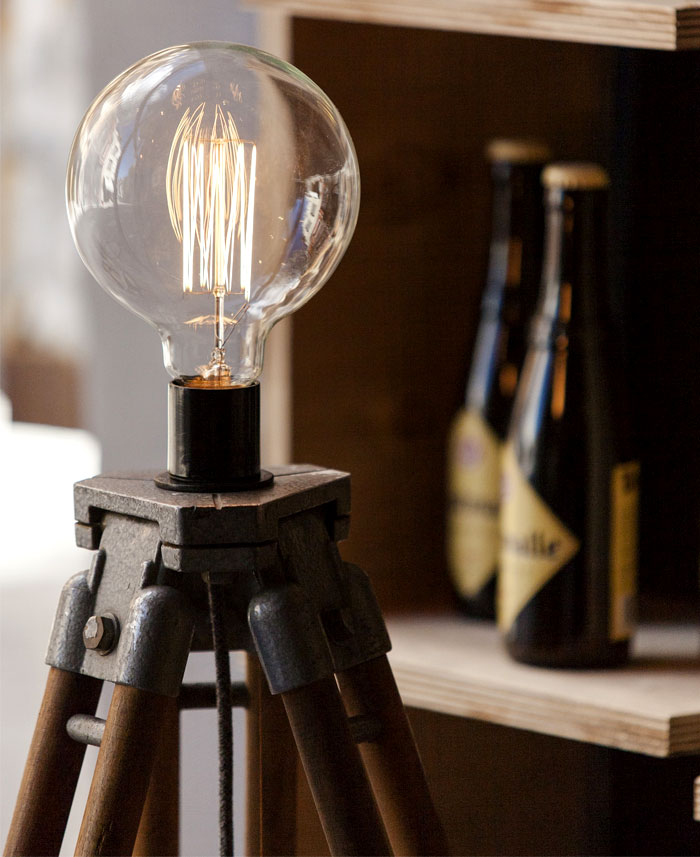 The most common materials in the interior that underline the cozy feeling are plywood and natural wood. At the same time, they are in contrast with the non-painted steel/metal elements, black walls, and ceiling, as well as exposed old brick-wall, part of the original construction of the building. Special emphasis is put on steel as an industrial material – it can be seen in the ‘invisible’ parapet made of metal wires, the copper tubes running along the walls and the real traps used as an accent on the lamps hanging over the bar, etc. 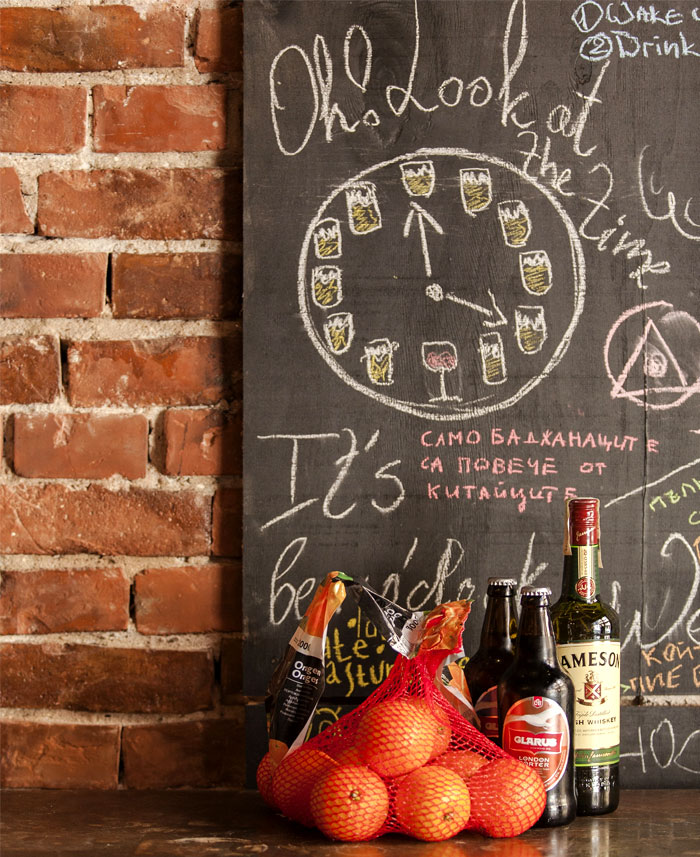 Six months after opening the first part of the bar the owners got the opportunity to rent the neighboring space and to connect it with the existing one. A ‘door’ has been made between the two rooms, and we were searching to create a natural contrast between the two parts with respect to the old typical architectural vision. At the same time, our main objective was to preserve space’s identity and making it one united complex space with the old intervention. The beautiful old plasters on the walls that were found during the construction process have influenced our design approach and have changed almost completely the initial idea. As a result and we made brain-storming on a new concept, in the center of which was the existing wall finishing. 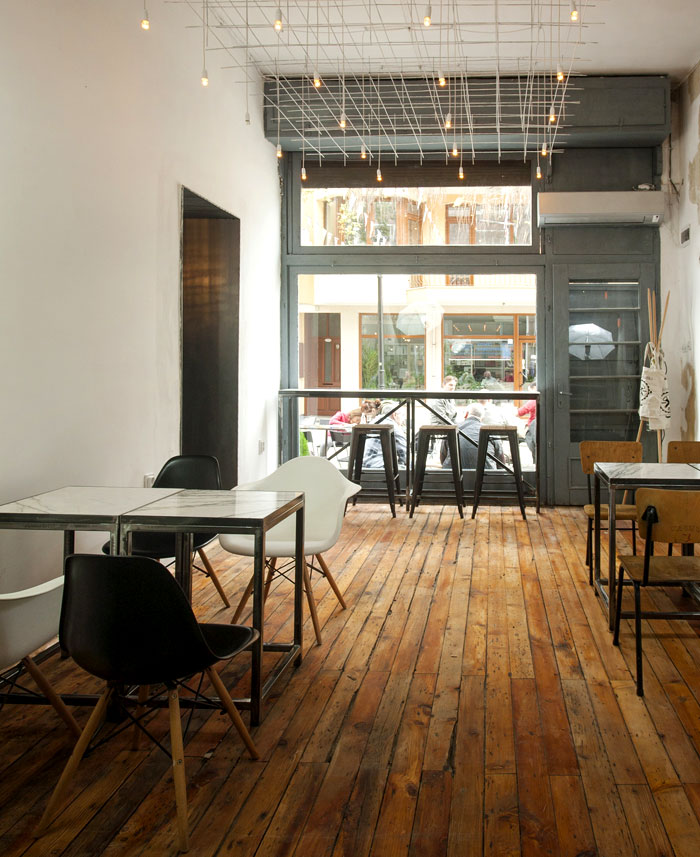 The old flooring is almost completely kept after refurbishing and changing part of it with gray-colored tiles as well. The new lighting hangs around the found on the construction site old steel nets, which are typically used as a supporting unit for concrete works. The tables are made of steel profiles with marble tops. Half of the chairs are taken from old schools, where they were abandoned as unnecessary objects. They are completely covered by the original student scribbles and names of bands and local football teams, which only underlines the searched contrast between new and old. All the used materials give respect to the memories of the place and brings them back to life one more time today. 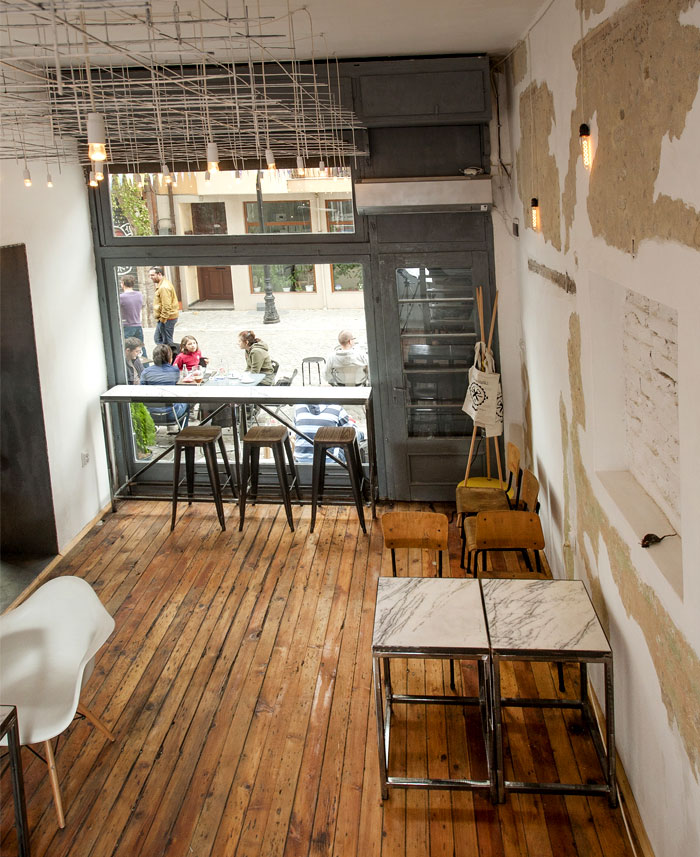 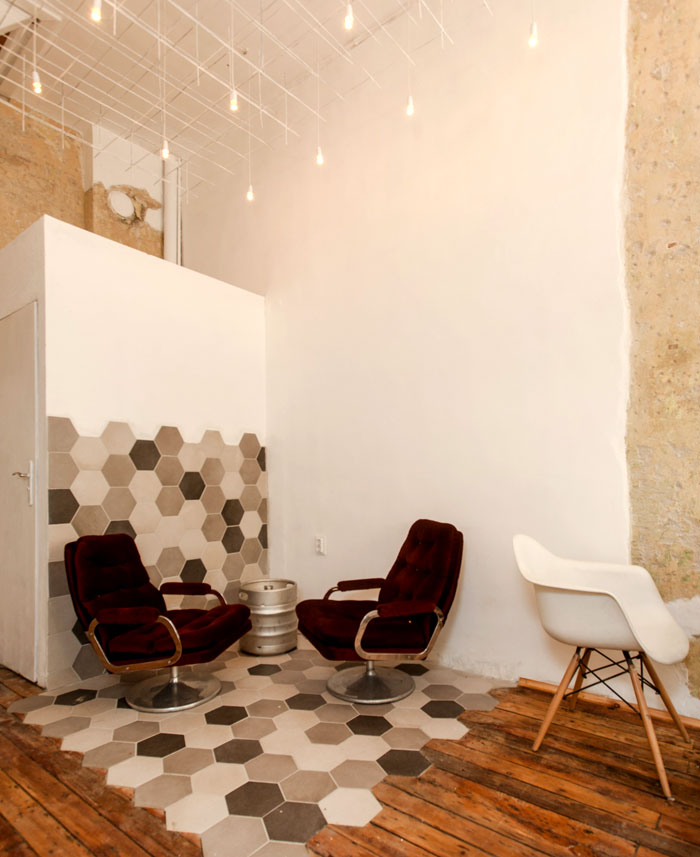 The concept and design of the interior are created by studio 8 ½, well known for the usage of natural elements – all the materials are shown in their natural beauty, without covering or hiding the original surfaces and finishing. All the lighting and furniture, except the bar stools and chairs, are designed and produced by studio 8 ½; Interesting moment is that in this project the architect became graphic designers as well, designing the logo of the bar as well. 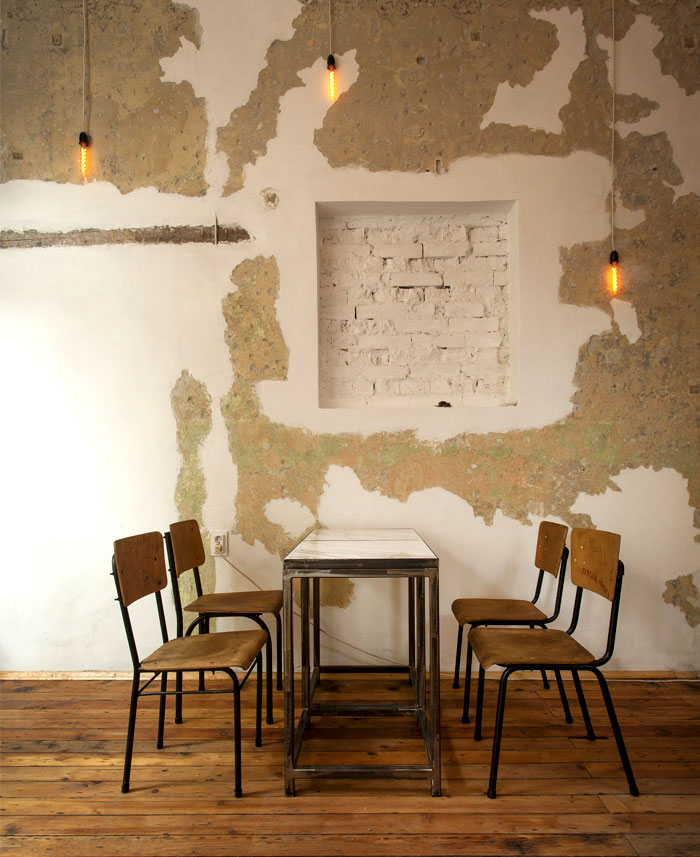 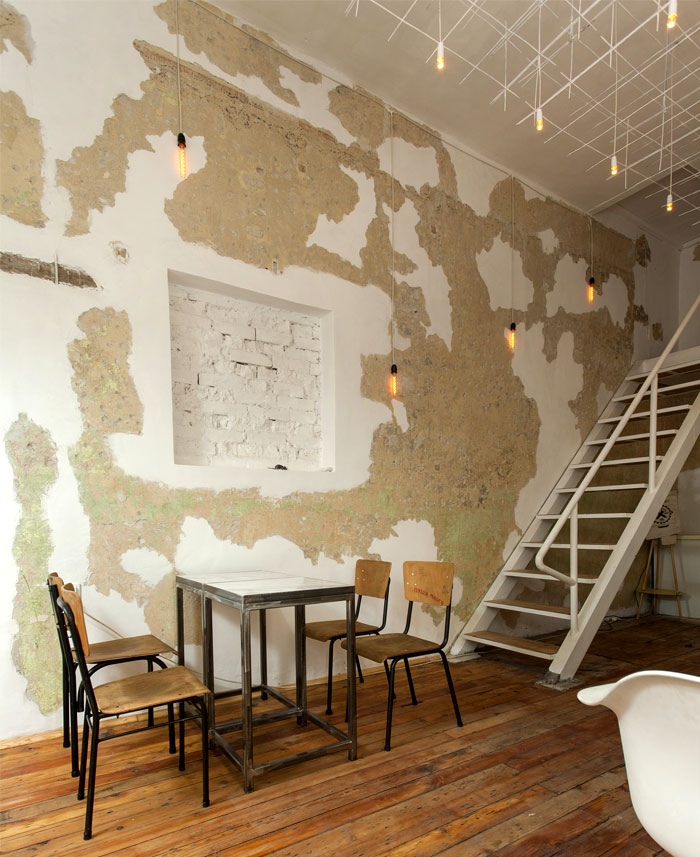 Neither the minimal gross floor size, nor the small budget are a barrier, but on the contrary – an opportunity for the studio to show its philosophy about the interior and product design. The whole project is created to show one contemporary vision about new places in old districts of craftsmen and to develop one modern space in the historical center of the 8 000 years old and still living city of Plovdiv, a place that could fit in each contemporary looking city around the world. A place that is open to the future of the busy daily round of the big cities by its simplicity and coziness. 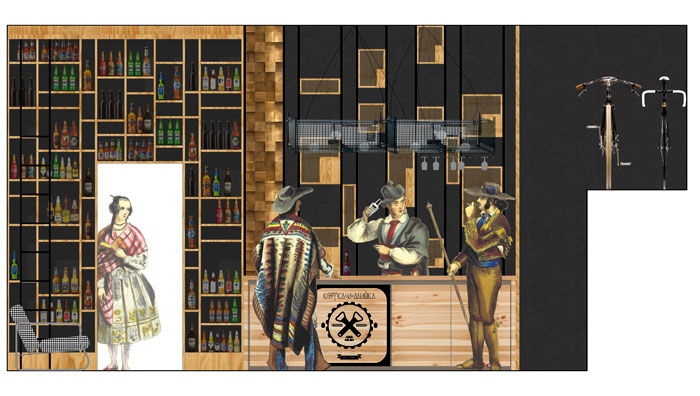 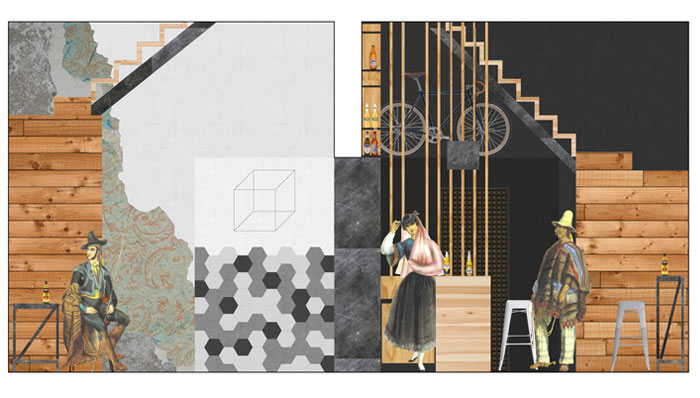 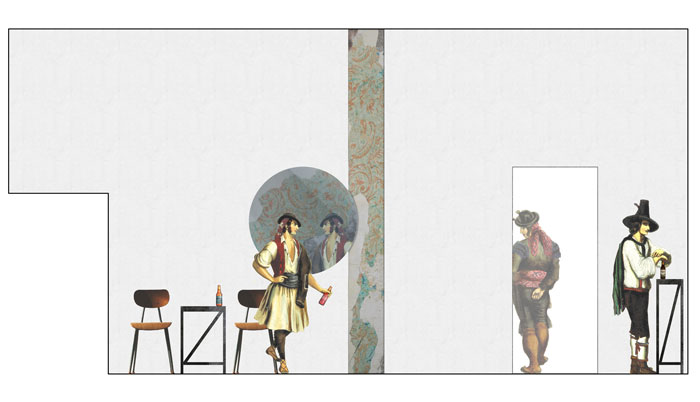 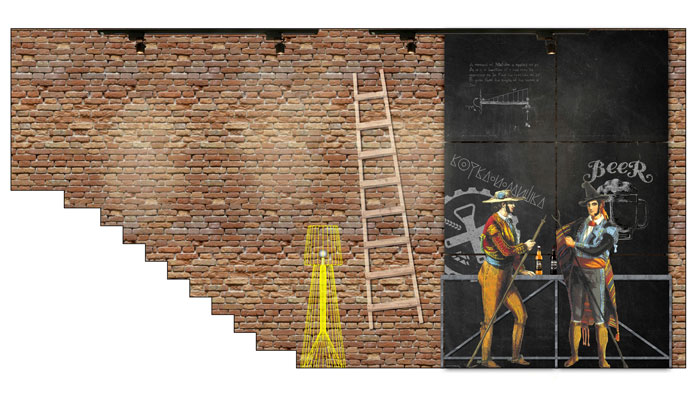 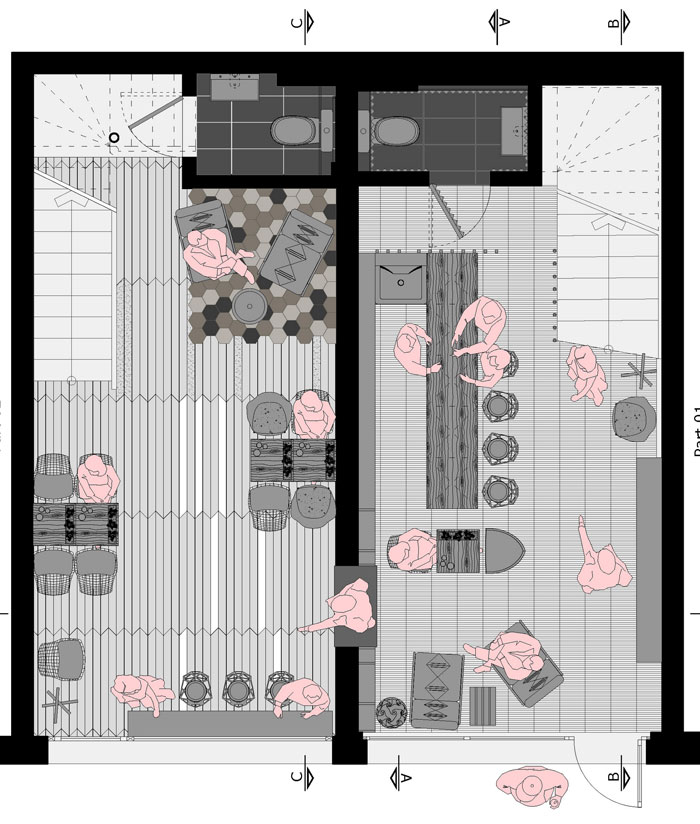