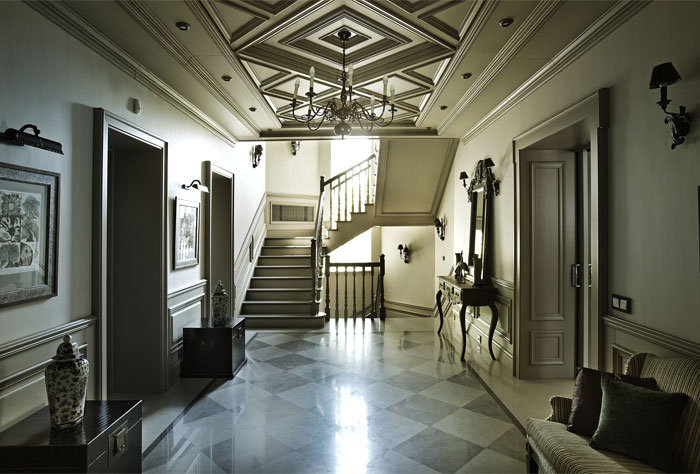 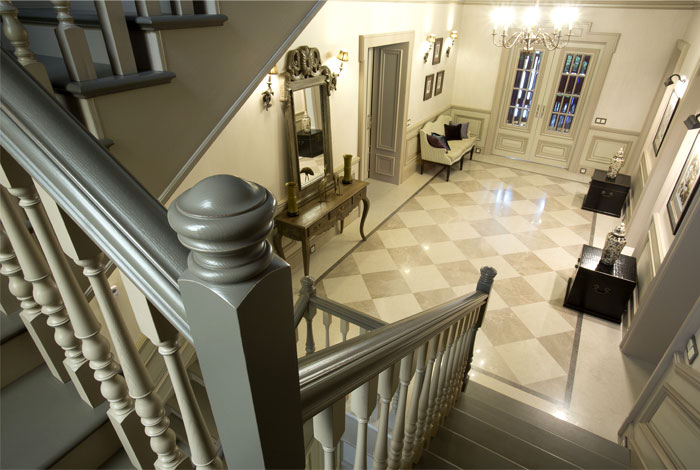 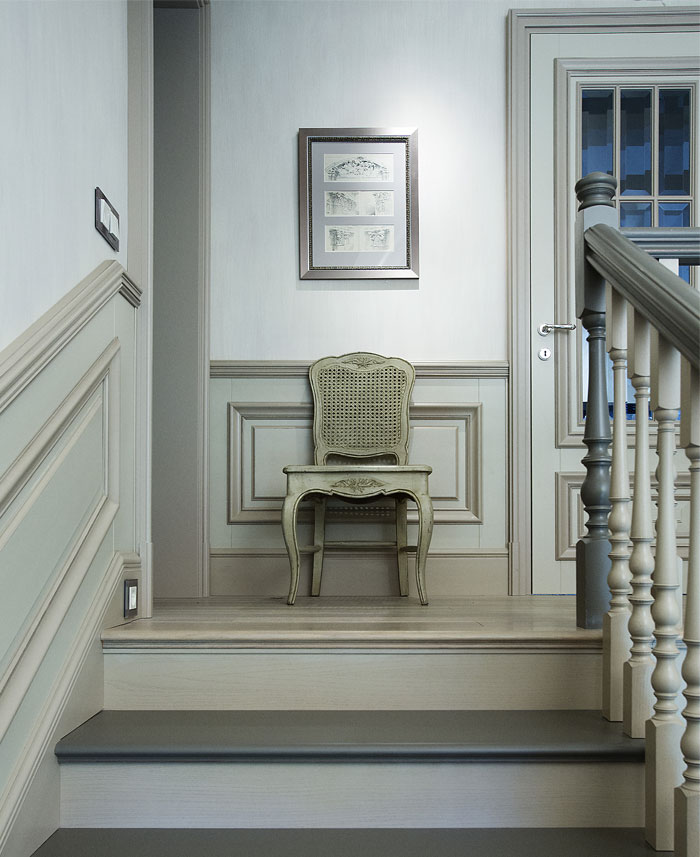 As a result, there were modern engineering technologies for climate control, heating, ventilation, water supply, sewage, and waterproofing were implemented. The house now has a new insulated facade and roof covering. Complete design changes given to ceilings, staircases, roof truss system, windows shape and door openings. And the volume of the house had been increased, functional zones had been brought into the scene. A functional diagram of a house had been updated: a separate area for household appliances were implemented, a height of the attic floor had been increased, terraces were extended around the house. During the redesign phase, all customer requests were considered — to reflect their love of France in the interiors — memoirs of years of life spent there and the desire to fill their lives with an atmosphere that is a pleasure and comfort at the same time. 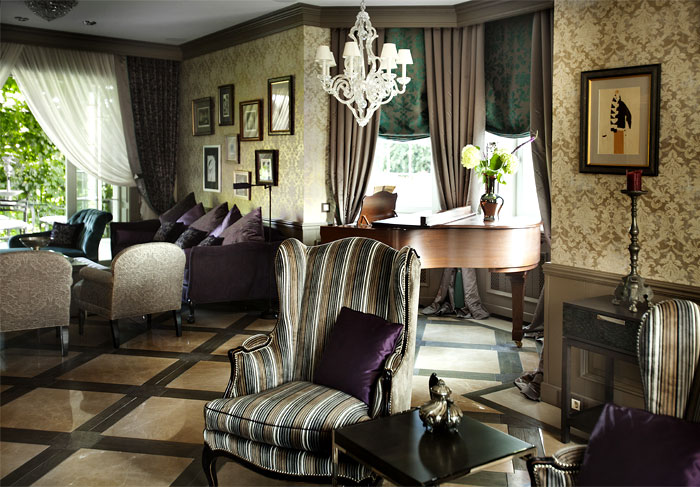 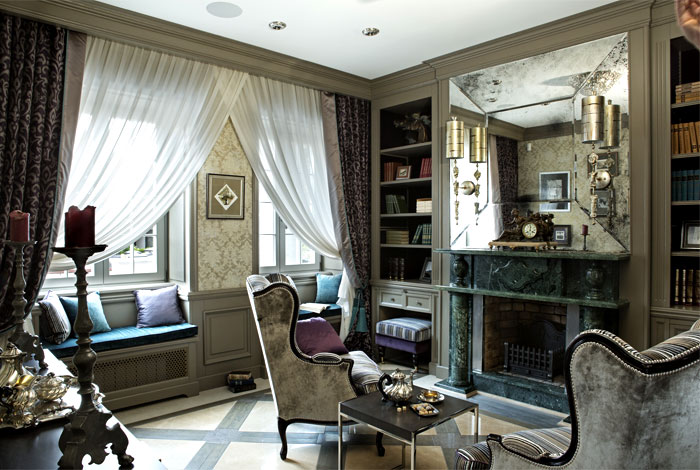 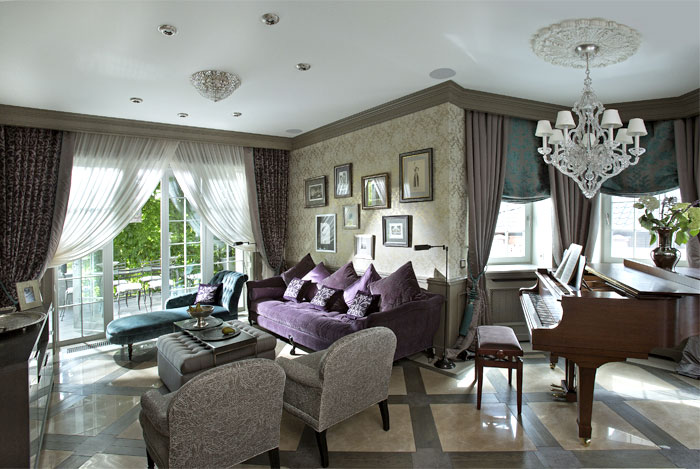 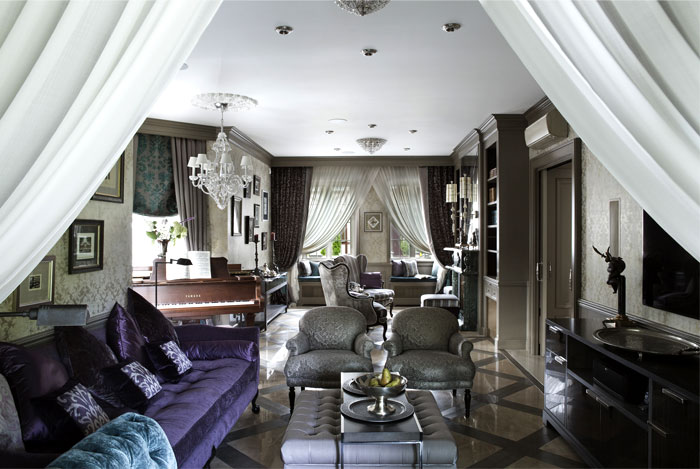 Housing space discloses itself by two force axes from the entrance to the depth along a central axis and through strict perpendicular to it. The principle of serial volume and space composition along an above mentioned axis, to maintain this method in the stylistic construction geometry, repeat this rhythm in marble floors and staircases, wooden linings, ceilings, a location of fixtures, door and window openings. To create an additional perspective and depth in the space disclosure – doors and windows were enlarged and attached to the axes, and the doors made sliding and glazed. 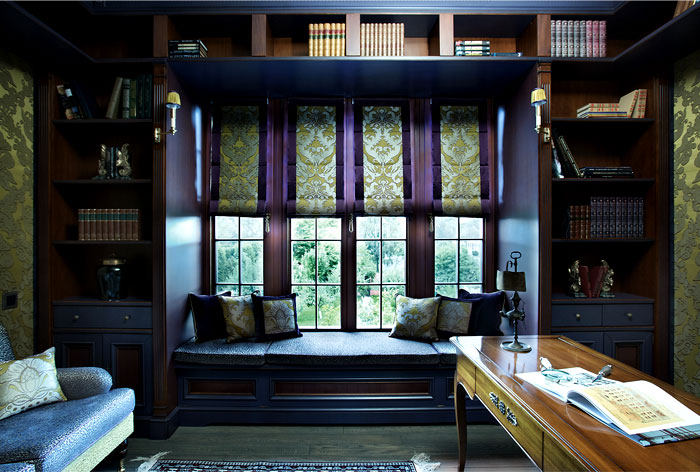 Contrasting colors in different functional areas of space are supporting the meaning and emotional load associated with the style of houses in France, with its contrasts and color differences that further emphasize the zoning space floors and at the same time serving as a unifying element — so in the form of details and accents color is repeated in different rooms. Structuring of the facade was based on the construction of the internal volume of the house, which is continuing and communicating with landscape and yard, as well as with requested design guidelines.  Photo by Alexander Morderer 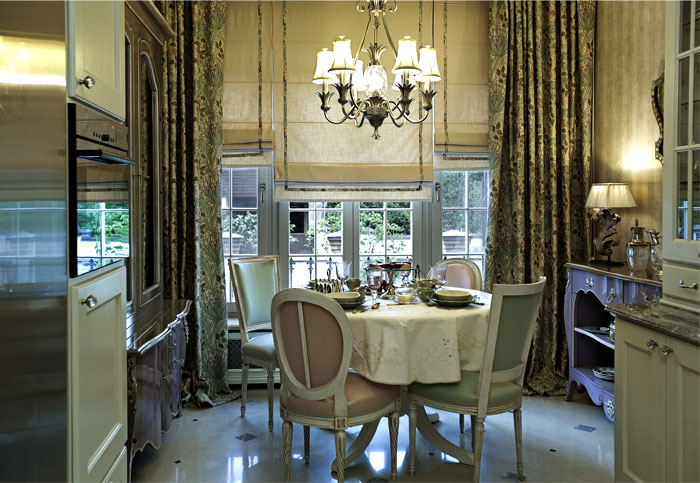 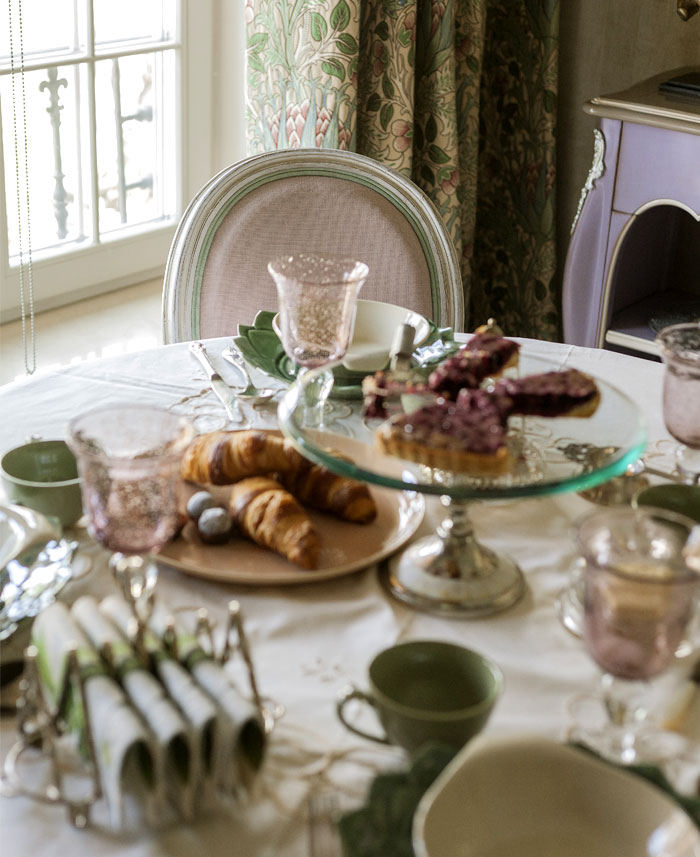 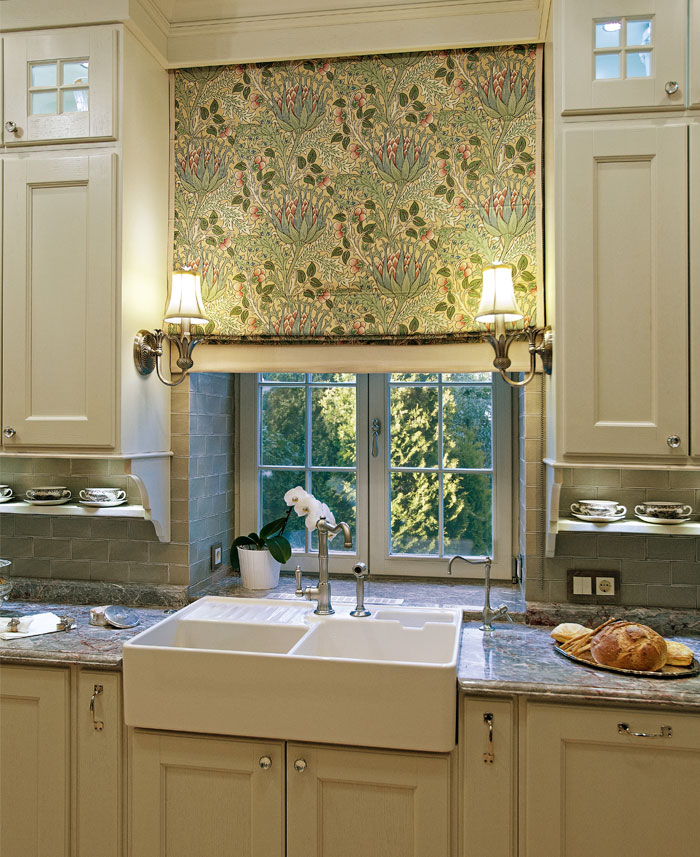 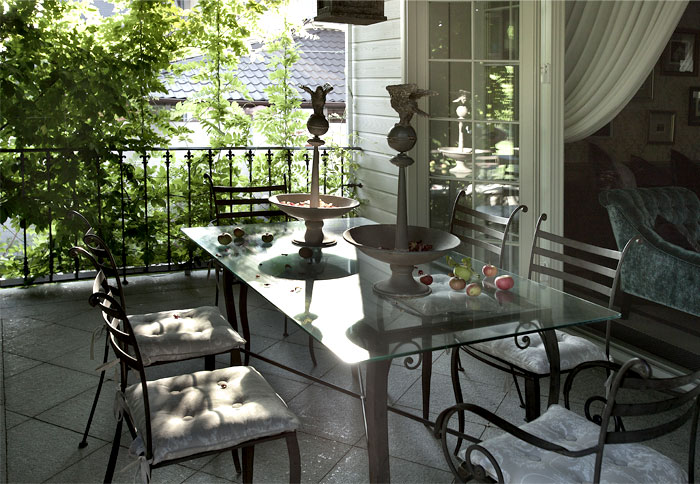 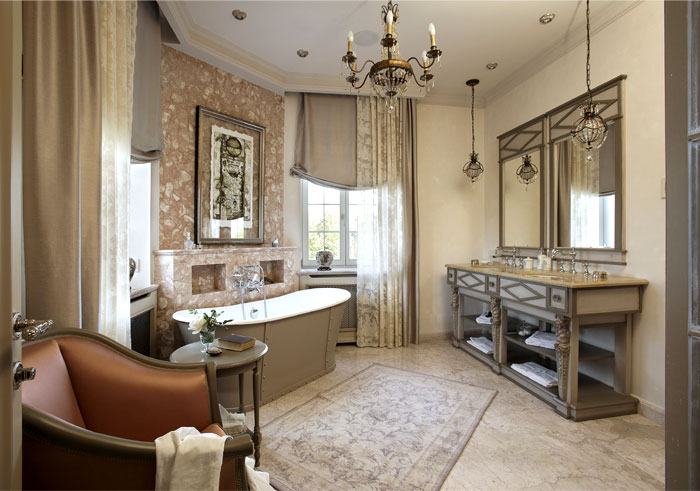 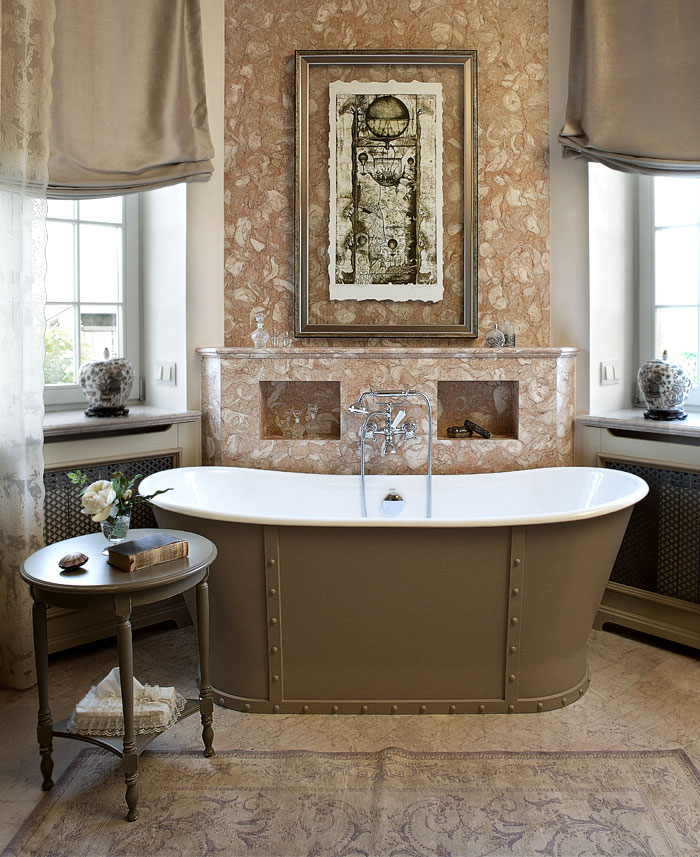 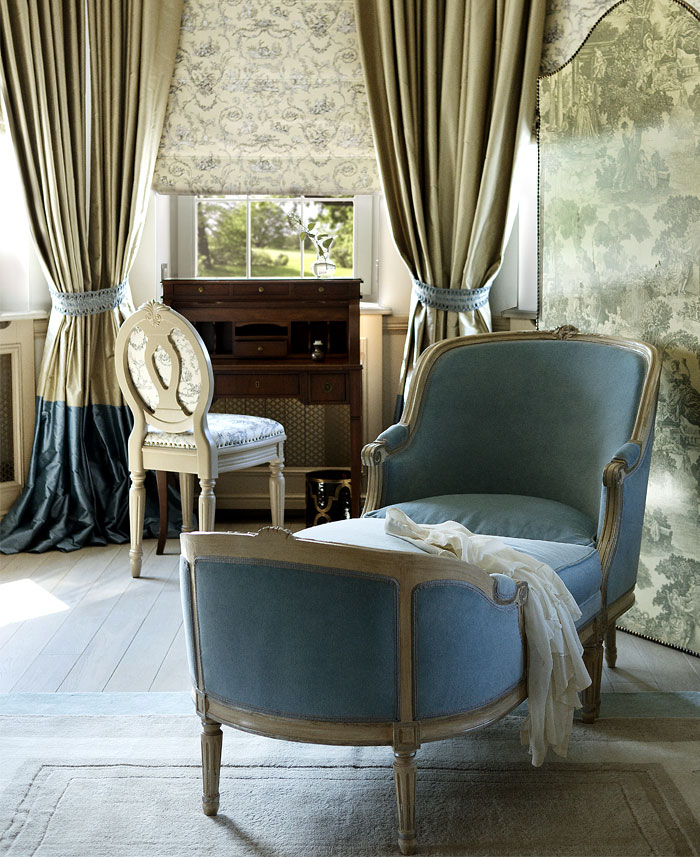 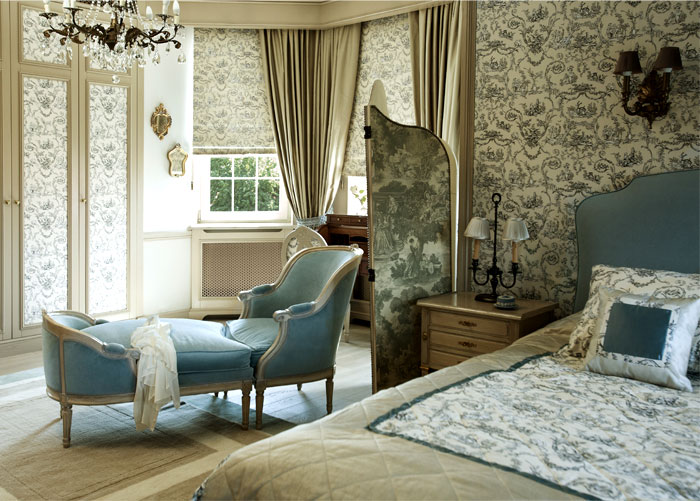 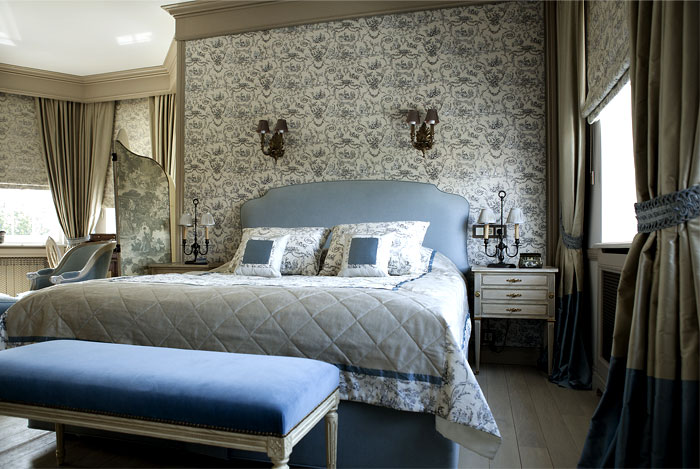 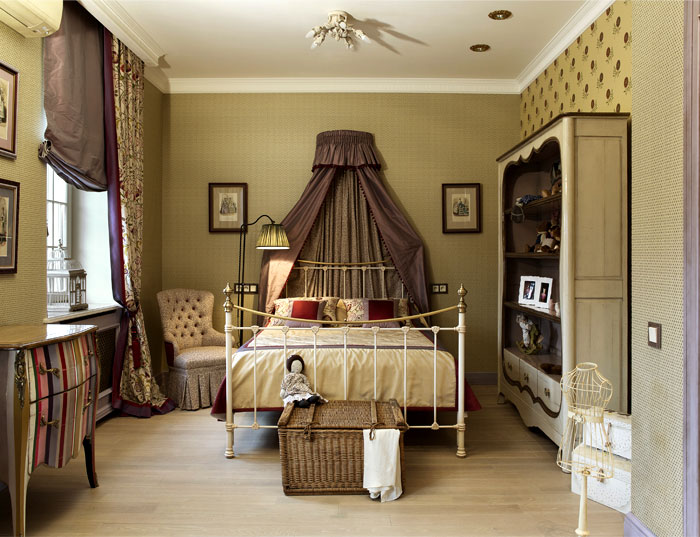