Se’Paar is a series of hanging lighting fixtures by Taeg Nishimoto, made of Buckram fabric. Buckram is a resin impregnated mesh fabric that sustains the form when they are manipulated with water and left to dry.

Two sheets of white and black fabric were first laminated to make a double layer of a sheet for the stability. This double layer fabric was then cut into a specific proportion of a rectangle. This single sheet goes through the operation of first folding in the center, then cutting into certain length on both sides of the fold, and finally pulling the cut part together to make an overlap that forms two triangles at the overlap. This process results into a sheet that wraps on both sides of the central fold. The black fabric is placed for the outside, and inside is in white. Depending on the positioning of the fold and the length and direction of the cut, exactly the same operation results into different configurations. 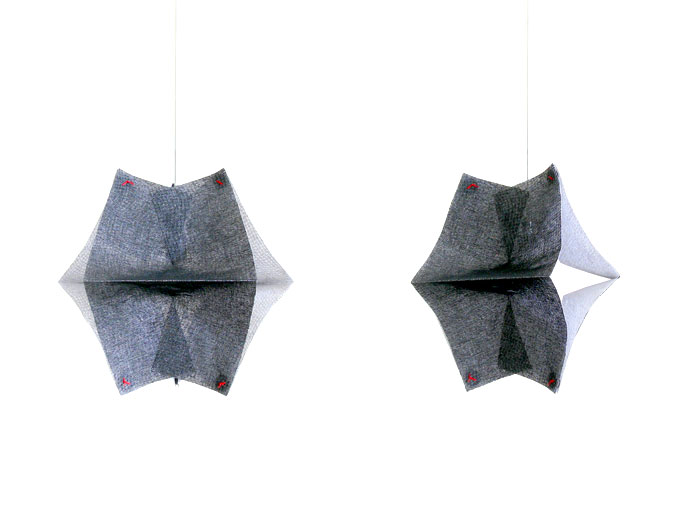 One unit requires three identically proportioned and processed warping sheets. They are connected at the four corners to the adjacent sheets where red thread is used to hold them together with a small wood disk giving the gap between them.  The size of different units ranges from 30cm – 40cm wide to 30cm – 50cm high. In the daylight, the fixture presents itself as slightly translucent black volume that has a particular geometric shape. When it’s lit, the overlapping geometric shapes appear as a dark element within the warping surfaces, as well as the direct light will be cast on the adjacent wall revealing the shape of the gap between the warping surfaces. It is a play between the unexpected geometry of warping surfaces and how the characteristics of mesh fabric change the lighting condition when lit from inside. 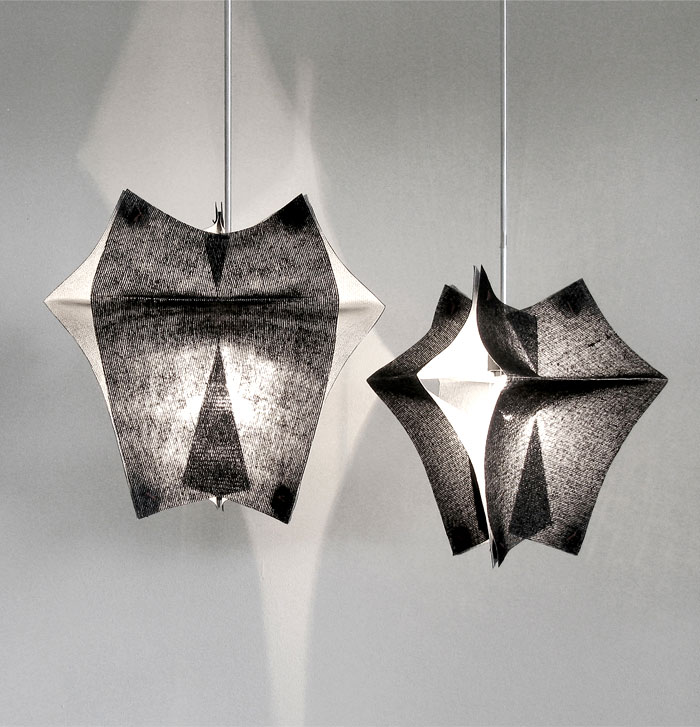 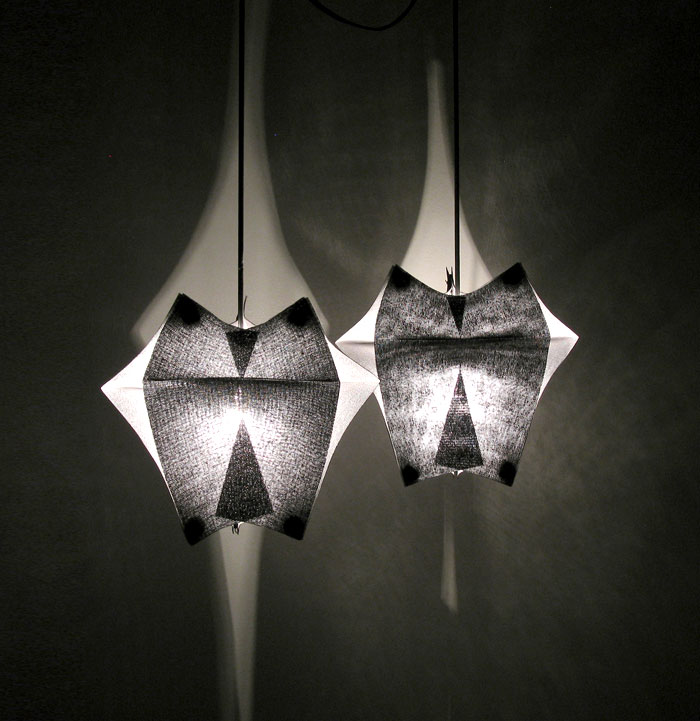 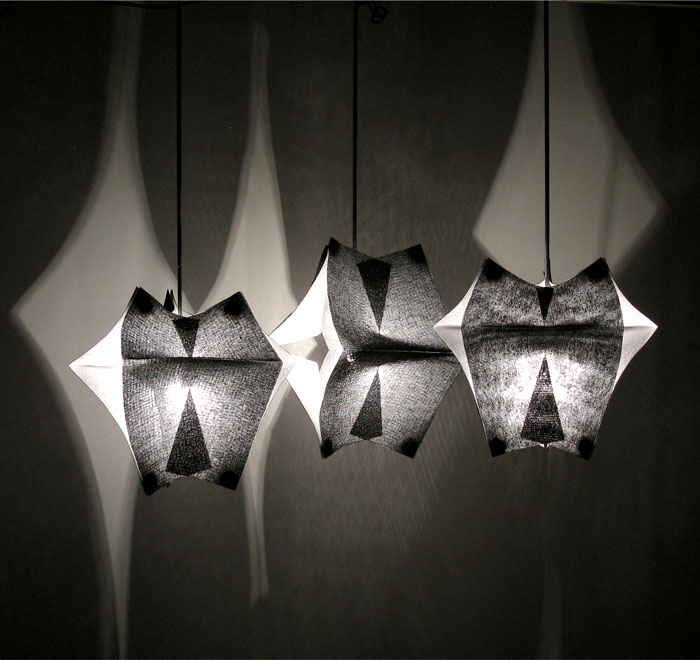