Lithos Design demonstrates the desire to create a strong connection between the traditional and the modern. One case is the refurbishment of a private villa in Trapani, and the other is the restyling of the Marciana Restaurant in Venice. At Courtyard House, they used a stand-alone Traccia wall panel to separates without dividing the different areas. 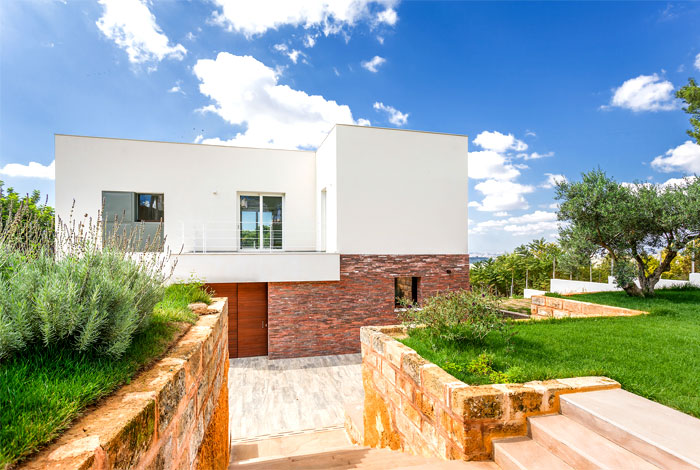 This is a villa immersed in nature, which is defined by the relationship between the landscape and the ever-present connection with Arab-Sicilian culture. The architects from Studio 4e took their cue from the existing structure which goes back to the 1980-s and was never completed, and reconfigured the spaces in line with the demands of the new owners, paying particular attention to the relationship with the landscape and the link between the inside and the outside. 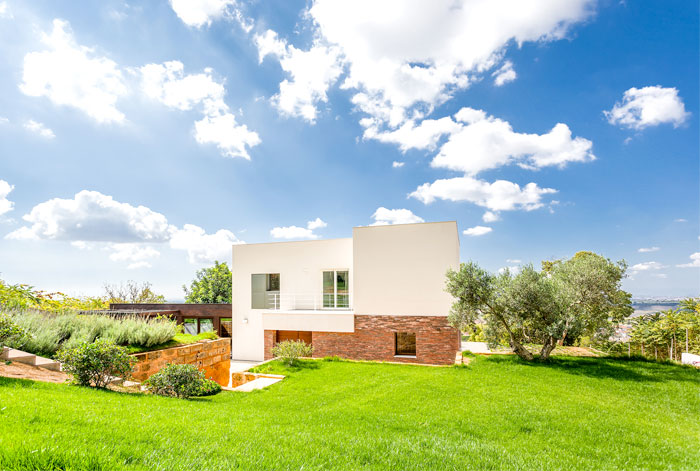 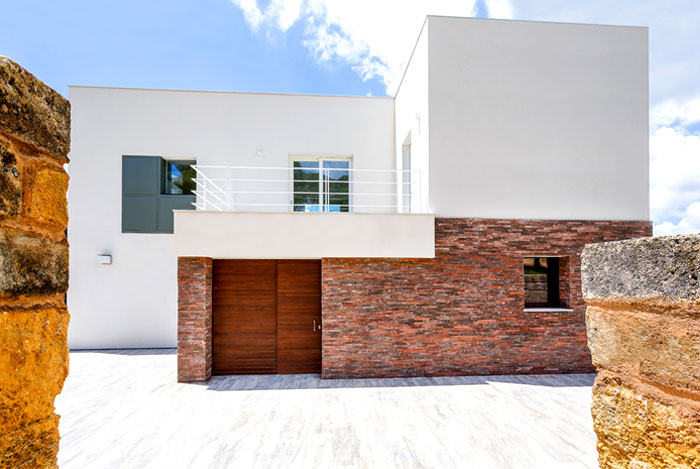 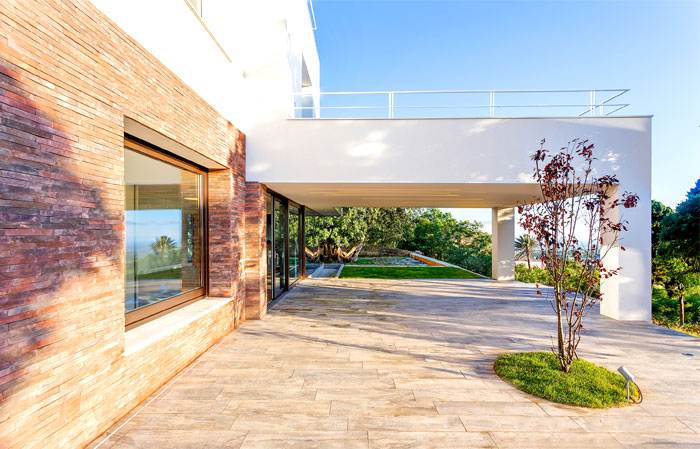 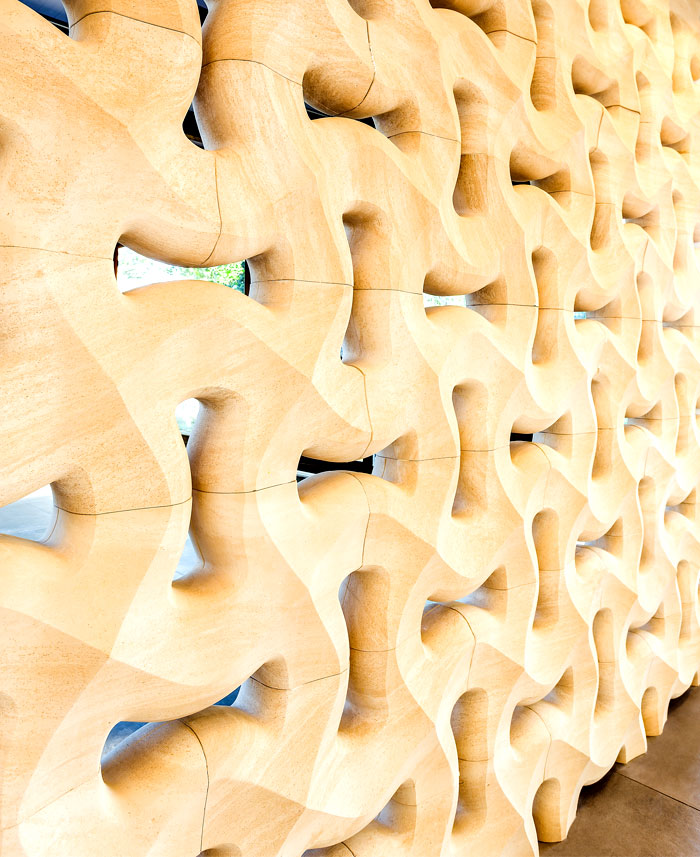 In particular, the living room environment on the ground floor, lit up by a long wall composed of large sliding glass panels, reinforces the spatial continuity between the interior of the house and the porch, which in summer becomes a natural extension of the living room space. Here the designers wanted to recreate the magic of the Mediterranean atmosphere by using a stand-alone wall panel of the Traccia model by Lithos Design: this is an elegant wall in pierced marble, evoking the memory of an ancient mashrabiya, which separates without dividing the various areas within the living area in a homage to the Arab-Sicilian culture. 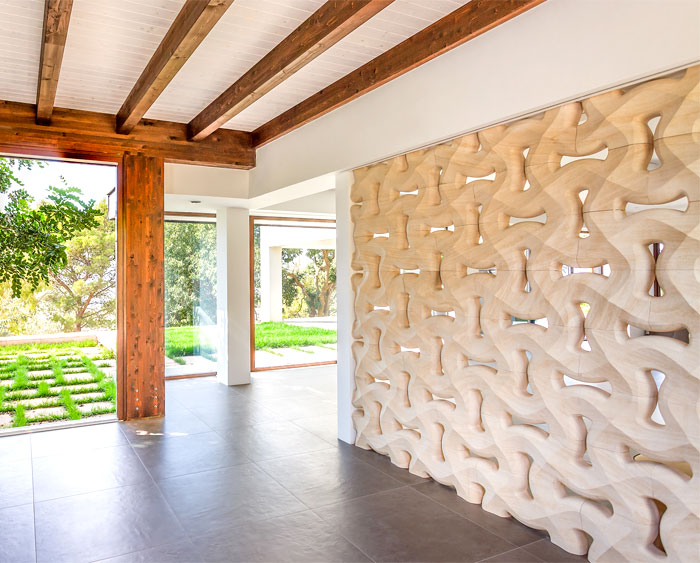 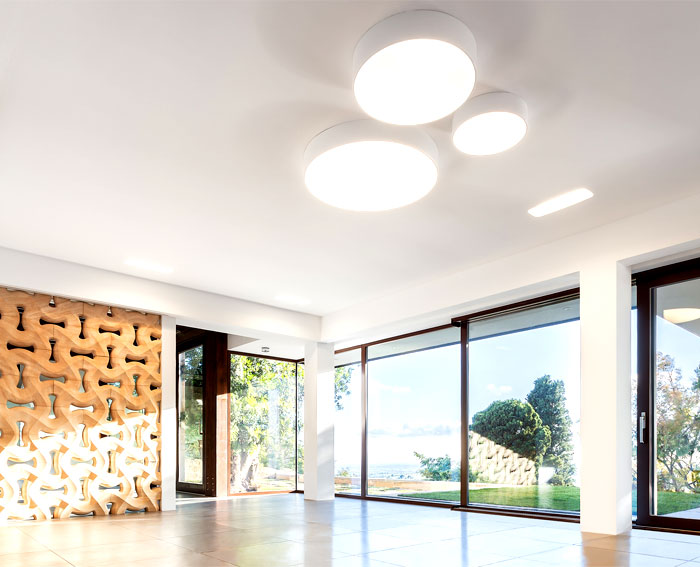 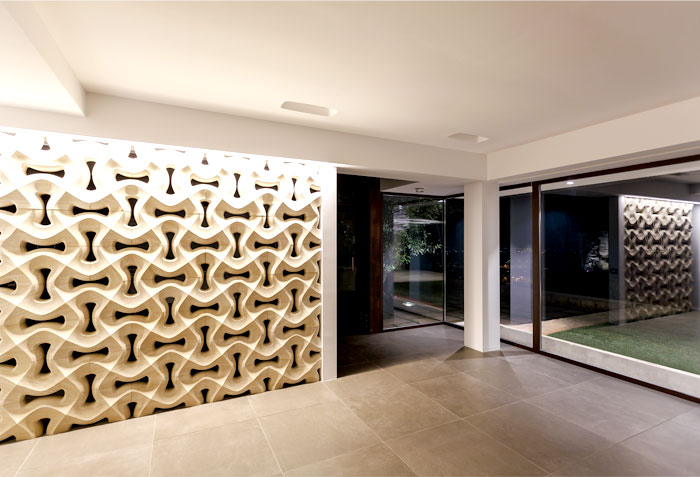 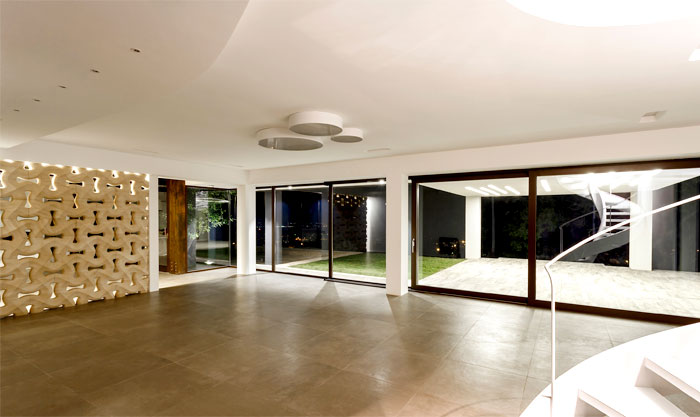