Cristina Vezzini has designed a new modular tile with a geometric pattern – Penta for KAZA Concrete, it will be launched on the 20th of May during Clerkenwell Design Week in London. 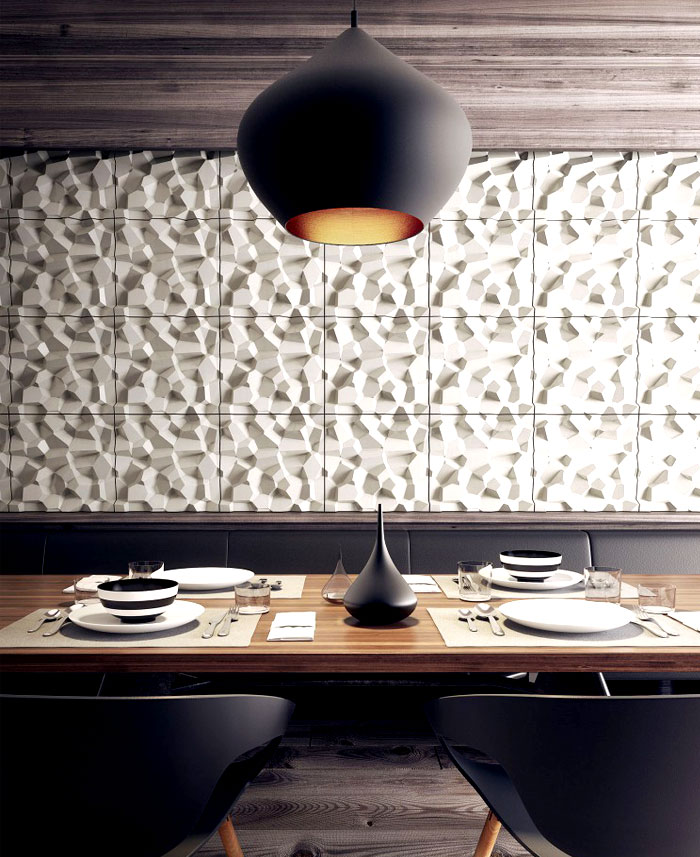 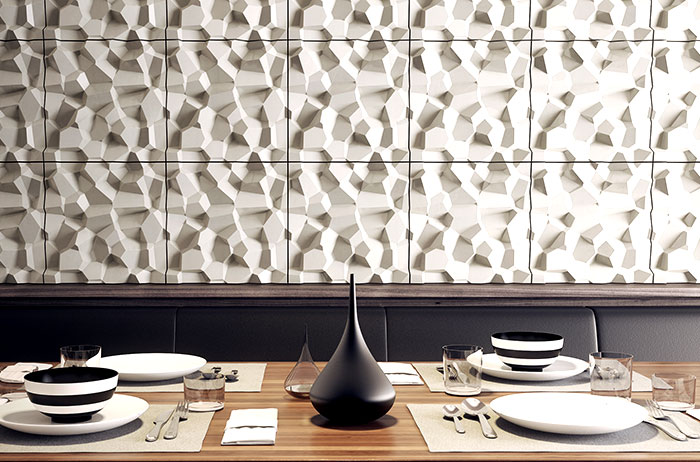 Penta, from the Ancient Greek meaning “combining form of five”, consist of a modular tile designed using irregular polygon places at different highs and angles on the plan. The different highs and angles give a sense of depths to the wall by playing with the lights and shadows created by Penta’s geometry. The multi-faceted tile when assembled as a wall, make a vibrant surface that fascinate the eyes by its multitude reflections creating layered pattern similar to natural scenery. 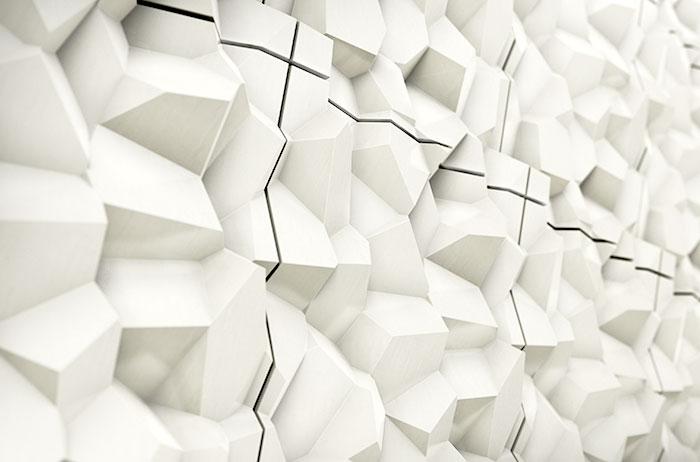 Cristina Vezzini has embodied her love for the geometric patterns she has long admired in nature. Penta evokes the wonder of the crystal and mineral formations that tantalise and sparkle from the waters of her home that inspired it.
Penta will be launched on the 20th of May during Clerkenwell Design Week in London, as part of a courtyard installation at Domus Tiles showroom in Clerkenwell. True to nature, Penta was born of competition: September 2014, Domus Tiles and KAZA announce their tile design competition – a remarkable opportunity for designers to have their tile concepts produced to sit alongside collections by some of the world’s most celebrated designers. A suitably auspicious judging panel was duly assembled. 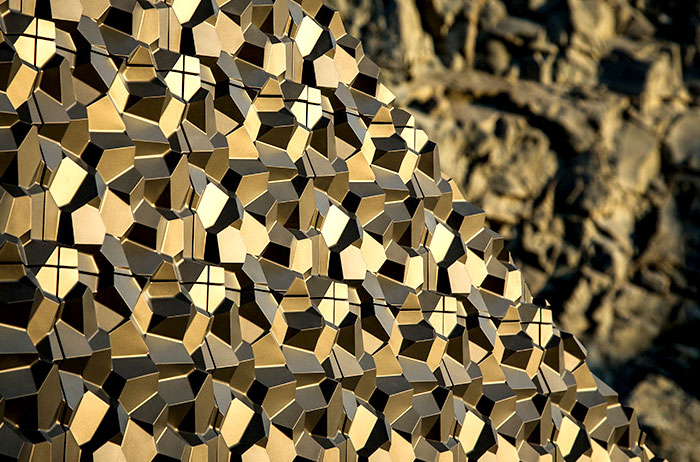 Penta emerged the unanimous winner in February 2015. From the Ancient Greek meaning ‘combining form of five’, Penta is a modular tile with interconnected polygon faces at different levels and angles. When assembled as a wall, the multi-faceted tile creates an animated surface with a myriad of reflections, creating layered patterns, as in nature. With a Masters Degree in Ceramic and Glass from the Royal College of Art, Cristina’s tutored design palette remains true to childhood images of seeds, plants and underwater formations. Memories of scuba diving amidst tantalizing crystal and mineral formations are the core of Penta design.  Photo credits: Eniko Hodosy 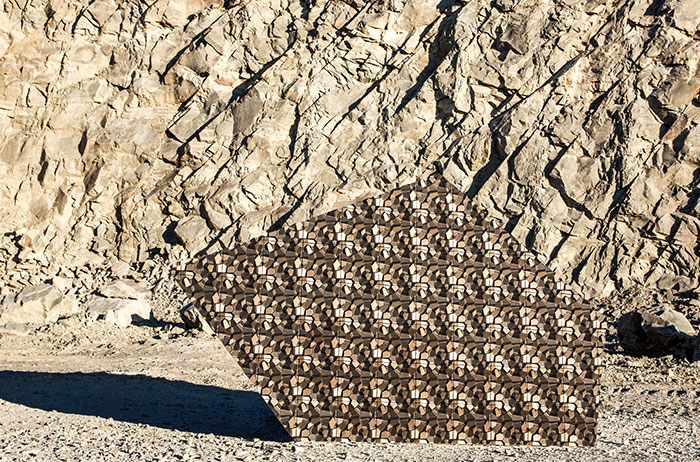