“River” and “Stream” will be revealed at ICFF New York (May 16th to 19th – Booth 0832) and represents Kreoo’s official brand offering for the American market. On the anniversary of Kreoo’s debut at Salone del Mobile in Milan 2010, designer Enzo Berti re-interprets and re-designs Pavè, the seating system for indoor and outdoor that has become the brand’s icon. 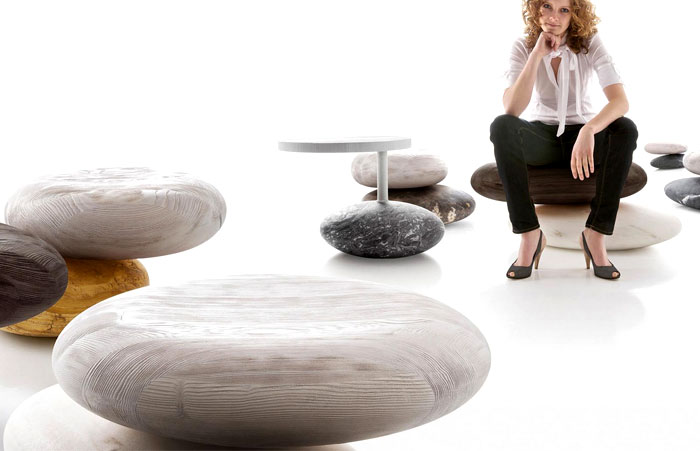 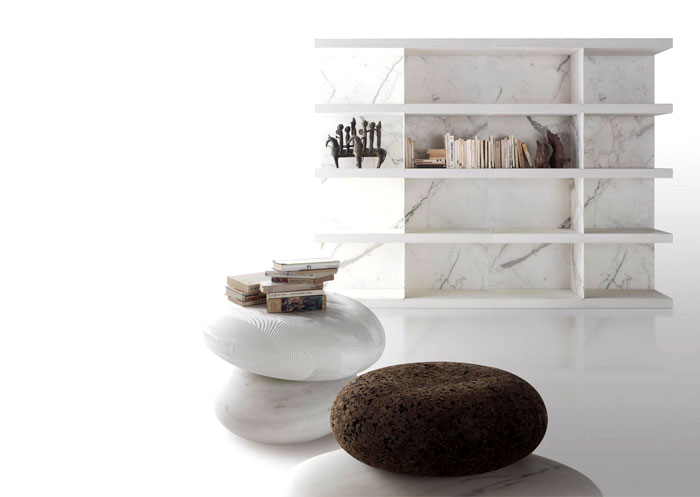 The new seating “River” and “Stream” are comprised of marble seats set on natural wood bases and offer two unique designs. Smooth, sculptural and with a dash of whimsy, River and Stream are the new seating for indoor and outdoor featuring layered marble and wood bases in two complimentary designs.  The first is streamlined and stretched with an extremely elegant effect. The second, a simple drop shape, perfectly rounded and graceful. The contrast of the marble’s intensity and the wood’s playful air provide a graceful and fluid aesthetic.

The two new models are independent, but have been designed to integrate with one another.  Rivers’ elongated design compliments Stream’s rounded corner, working together to create a natural modular system with many seats. As in the entire Pavè Stone collection, River and Stream are inspired by the effect of natural river water gliding over the stones of the river bed: water flows, smoothes and polishes, forming nature’s great artwork.

The introduction of the new models offers new opportunities for designers to combine the welcoming stools that are perfect both for contract and home.  Through alternate material options the Pavè Stone collection can be used both indoors and outdoors; seamlessly blending with nature or bringing its essence to an indoor space. 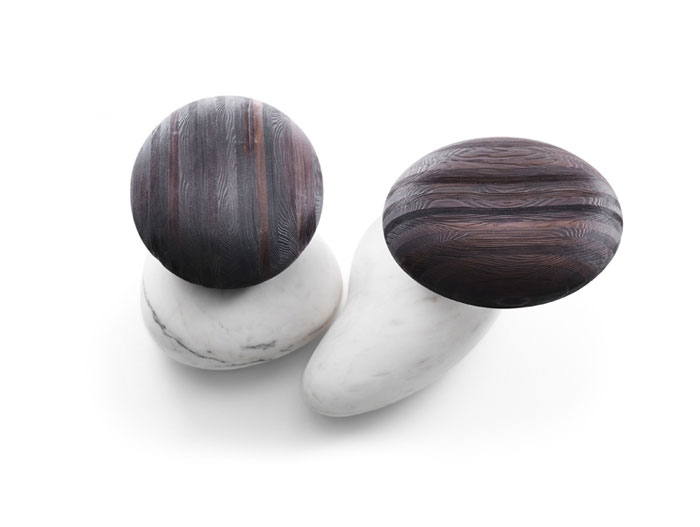