BTseries is an exploration of fabric’s behavior in lighting. “pina” is a table – floor lamp that has three variations.  The shade uses the fabric – 95% cotton and 5% – spandex. The fabric is hardened to structure itself while it is configured to make specific creases for light and shadow effects as the lamp shade. 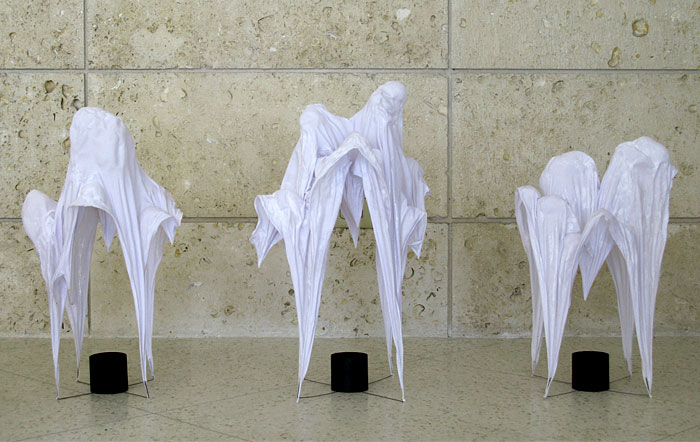 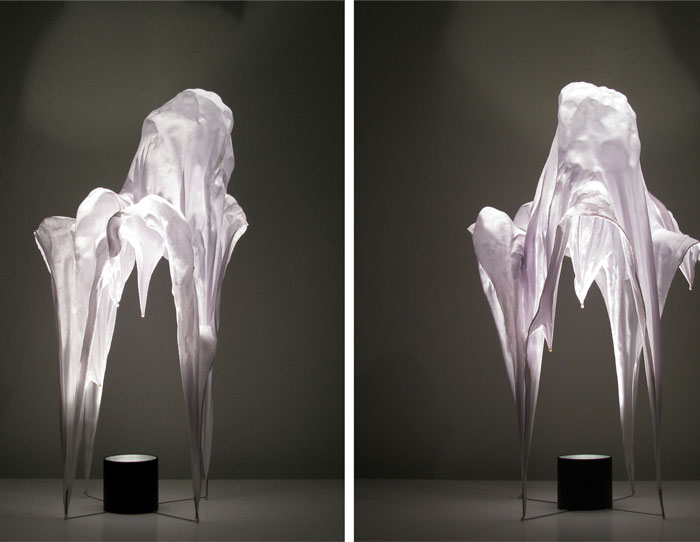 Fabric is cut into square and dipped into fabric hardener, then hung in a framed structure from four corners of the fabric. This hung fabric is pulled upwards from certain points by thread with spherical weight placed in between the pulled points so the fabric will create specific creases as well as stretch itself. This crease effect follows the way how the fabric behaves itself in relationship to the pulled points and different amount of weights. The hung fabric is left to dry until it is completely hardened. The resulting creased fabric is then placed upside down to create a lamp shade with the initial four corners of the fabric functioning as legs of the shade. When the light is not turned on, the object presents itself as a certain organic object. When it’s lit from below, the lamp shade creates light and shadow effects not only within the fabric creases but also on the adjoining wall. 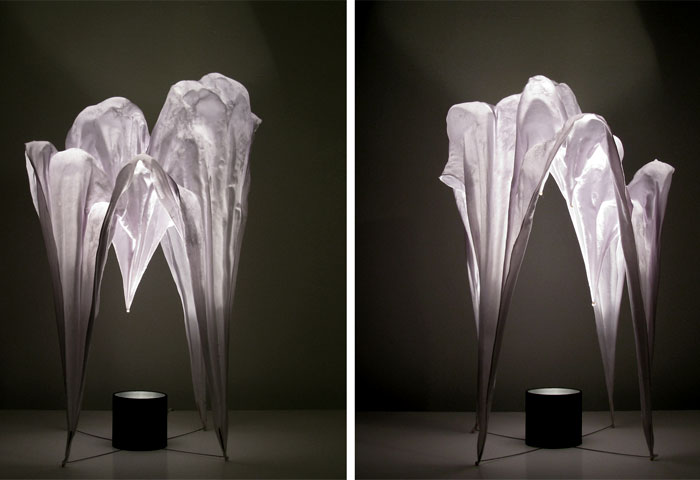 Taeg Nishimoto is an architect and designer. He holds a Bachelor of Architecture degree from Waseda University in Tokyo and a Master of Architecture degree from Cornell University. He has worked for Architecktenburo Herman Hertzberger in Amsterdam and Kunihiko Hayakawa & Associates in Tokyo. In New York he had his own practice, Taeg Nishimoto + Allied Architects. In 2001 he moved to Texas as a tenured faculty member of Texas A&M University and in 2007 he joined UTSA where he is a full professor in College of Architecture. He has been featured in numerous publications, and has been the recipient of numerous grants and fellowships. He has exhibited internationally in institutions such as the Storefront for Art and Architecture in New York, the Mori Museum in Tokyo, La Galerie d’Architecture in Paris, and CAPC Musee in Bordeaux, France. He is a licensed architect in Japan and in the state of New York. 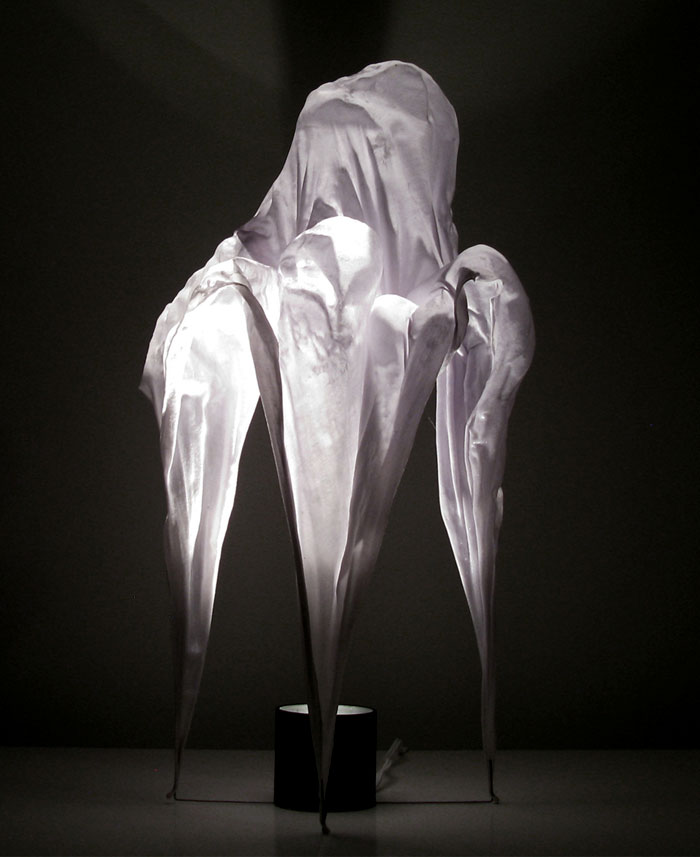