Opus Motus is the new playful stone design installation by Raffaello Galiotto in conjunction with Lithos Design, the result of a study on the natural colours of stone combined with movement. Six gaudy mechanical vertical spinning tops featuring an inlaid marble circle that, when activated by a lever, begins to spin progressively faster, the colours of nature merge together, amalgamating and forming other unprecedented shades. An explosion of colours and shapes reveal to every onlooker unique and surprising optical effects, as shown in this VIDEO. 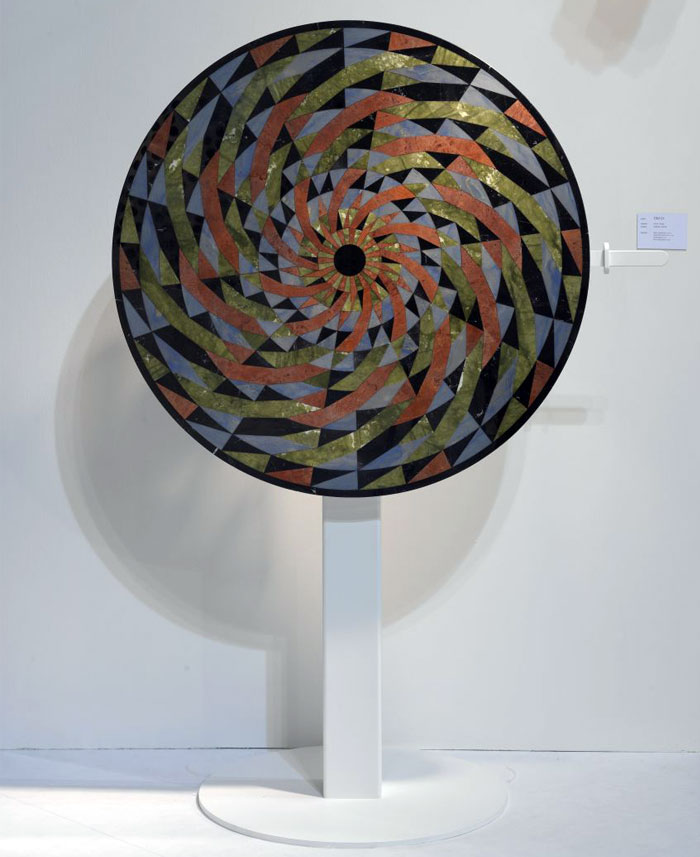 Around the world in six colours

The starting point of the study behind the conception of Opus Motus are six types of marble among the most prestigious and charming, sourced from the four corners of the globe, from East to West: Verde Giada from China, Travertino Rosso and Travertino Giallo from Iran, Bianco Thassos from Greece, Nero Marquinia from Spain, Azul Macaubas from Brazil.

All the colours and geometric structures used for Opus Motus were purpose-designed based on the RGB additive model according to specific optical and chromatic effects. Thus the wealth of colours, which is already quite evident, proves to be even more surprising when movement transforms them. 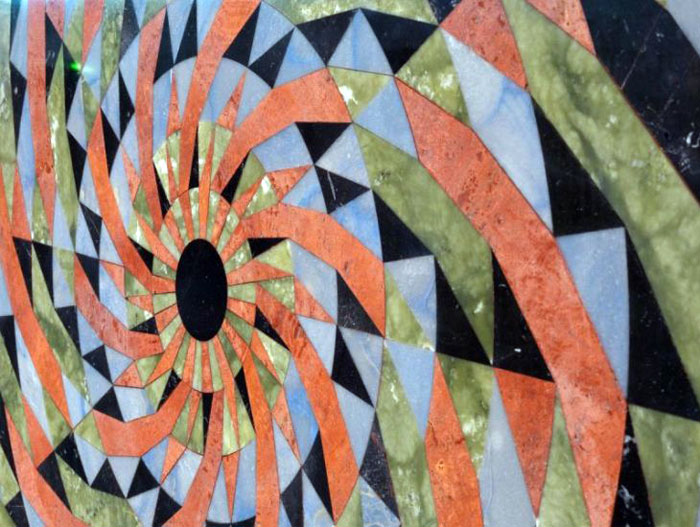 As in other projects, with Opus Motus Lithos Design and Raffello Galiotto investigate stone as a natural element and thus intimately close to man: for this reason, the interaction with and active participation of the public is especially important. The Opus Motus circles can be activated manually with a simple lever-mechanism. The various colours of the marble tesserae come apart through the rotating movement revealing new and impressive shapes and colours to the observer.

With Opus Motus, after 3D experimentation, Lithos Design explores a new form of expression to broach a new and unexplored territory in the world of stone colours. Founded on an in-depth knowledge of stone materials, of their sources, of the ability to work them through dedicated and sophisticated industrial systems and significant investments in Research and Development. 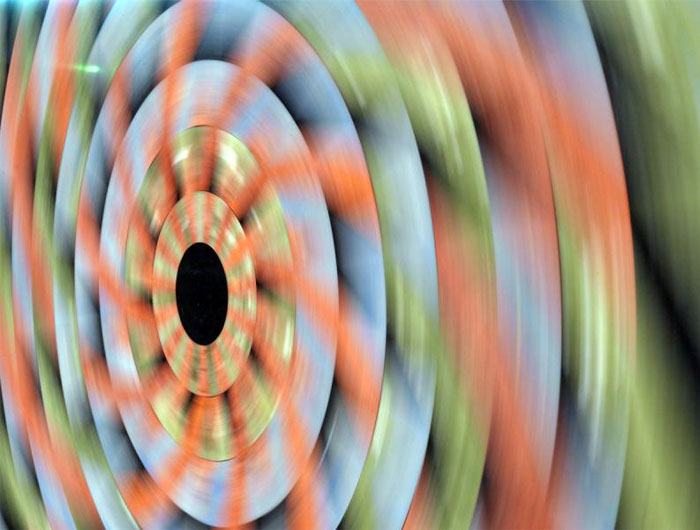 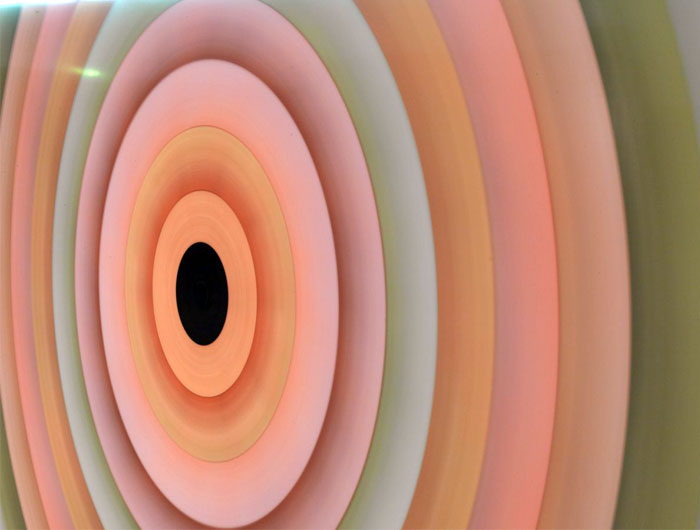